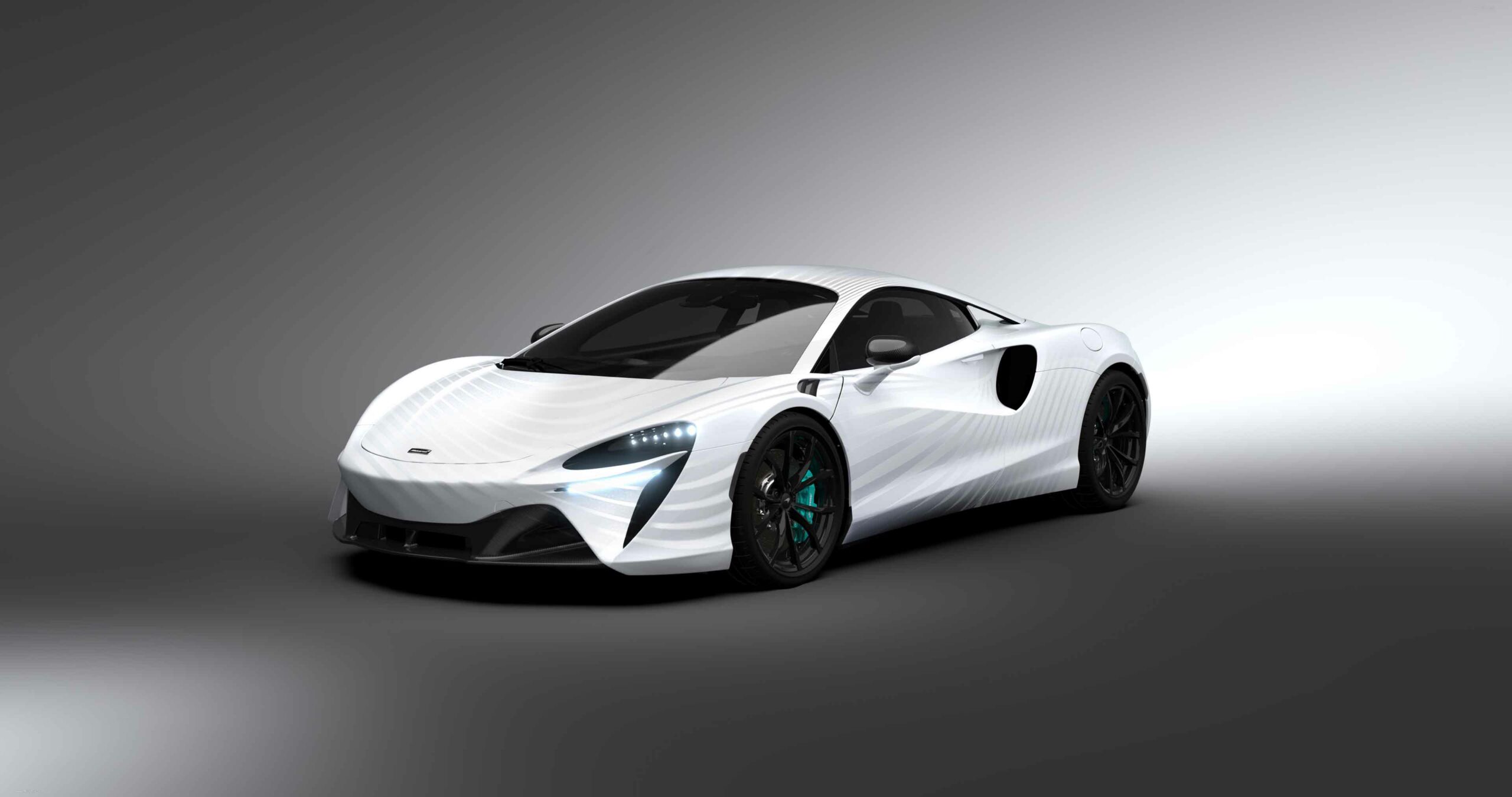 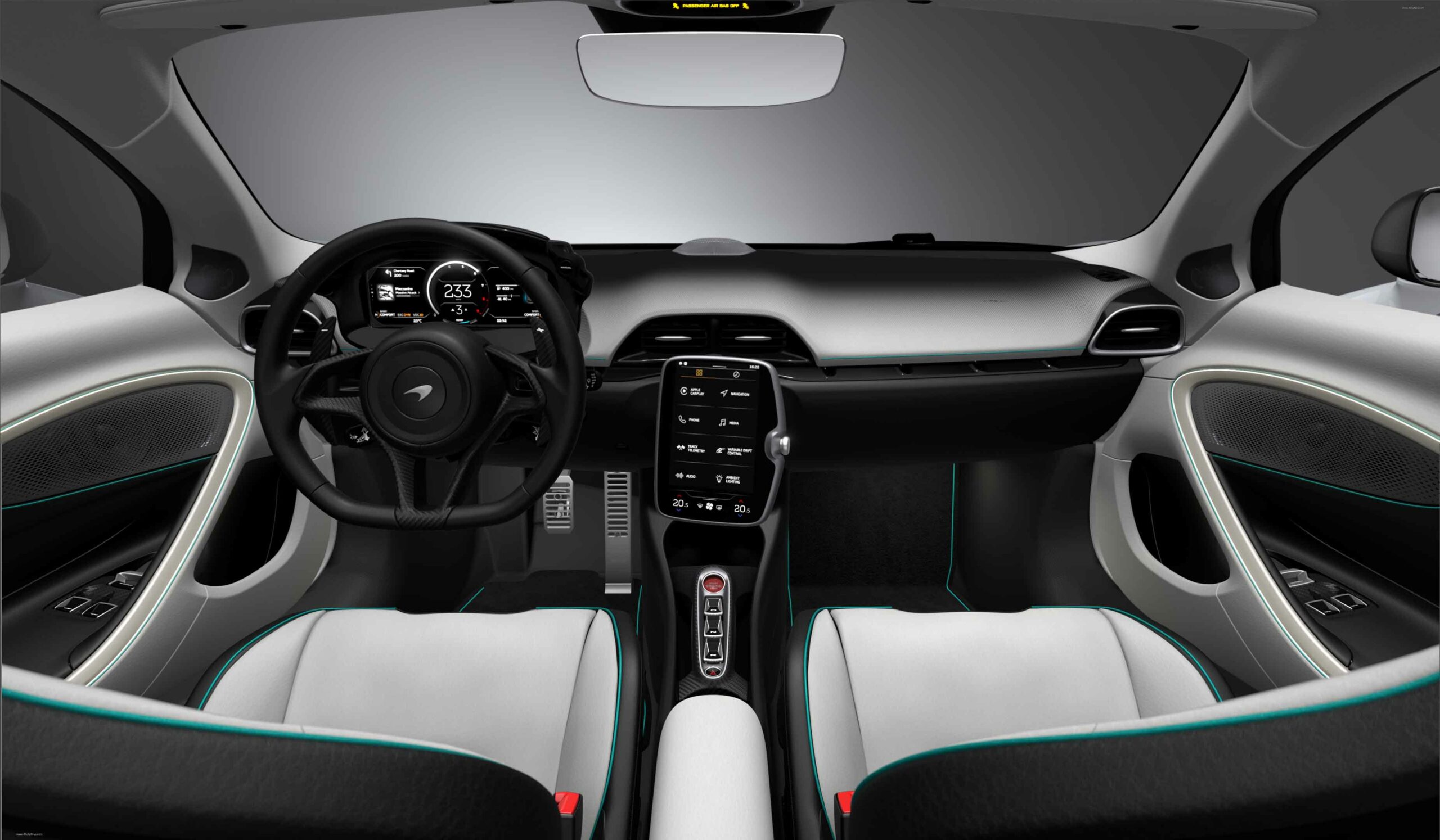 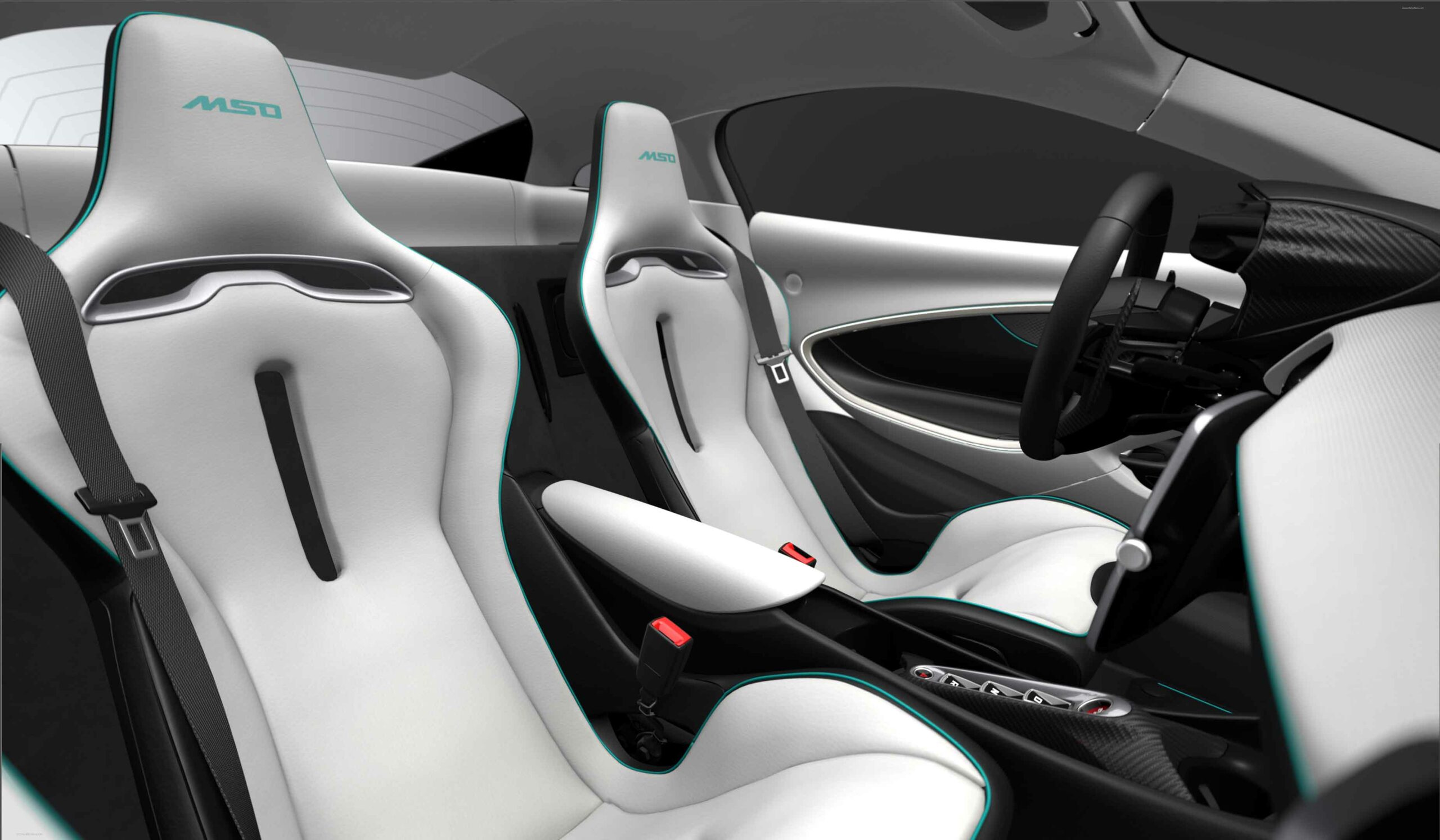 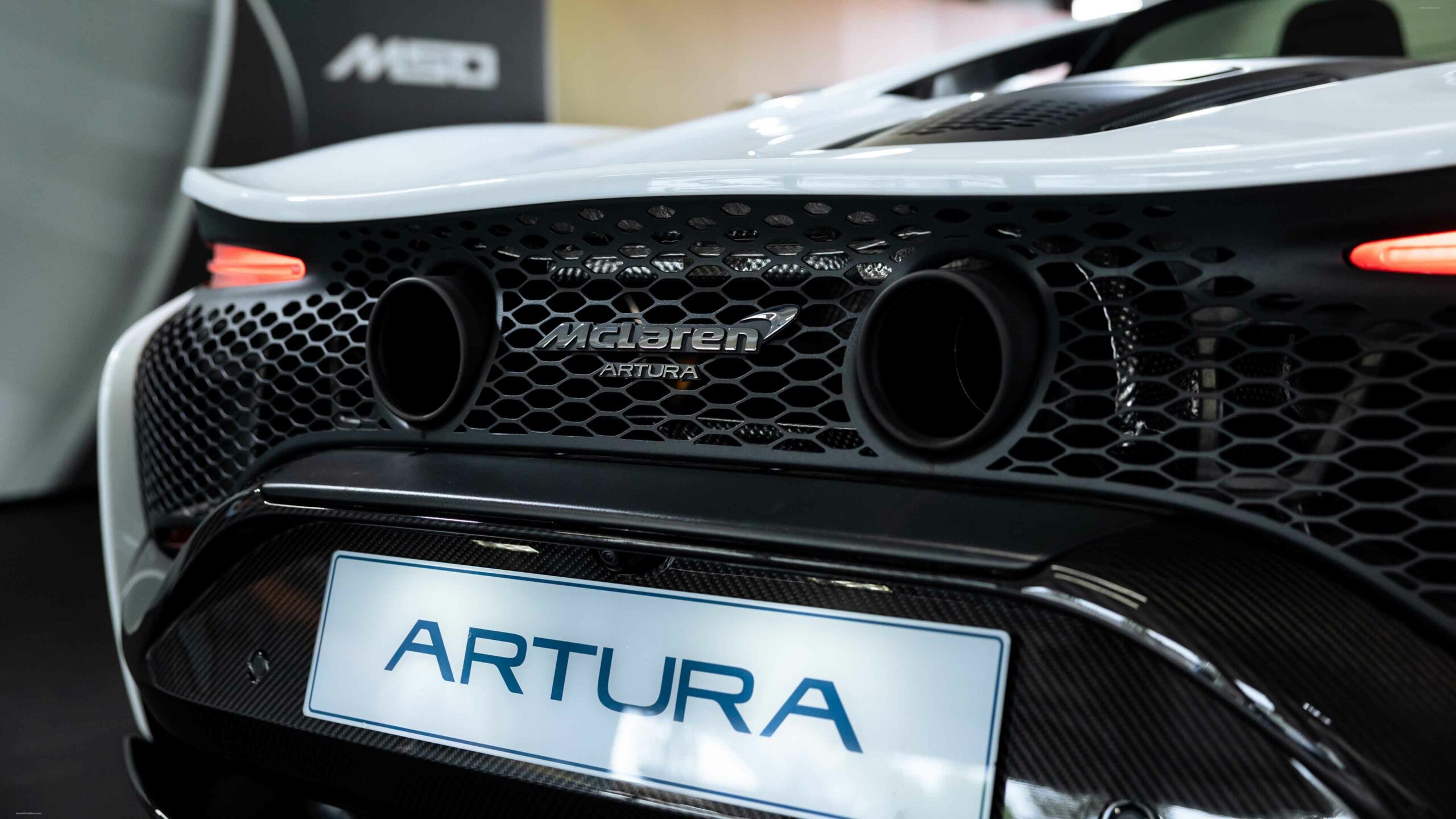 McLaren Automotive, manufacturer of luxury supercars, was present at the second edition of MIMO – Milan Monza Autoshow – presenting the McLaren Artura by MSO. McLaren Special Operations (MSO), McLaren’s bespoke division, has created this unique show car that showcases their craftsmanship with special Silica White paint graphics applied to the exterior and other choices highlight MSO’s capabilities. Bespoke. You can find more visual details of the 2023 McLaren Artura by MSO gallery by scrolling up.

The stripes that change color depending on the viewing angle are created using a complex painting technology with light and dark variants of Silica White to which more or less metallic effects are added to create a very particular effect. MSO color contains concentrated amounts of pearlescent pigments that change according to lighting and viewing angle. To achieve this, 450 hours of work were required to paint the car body. 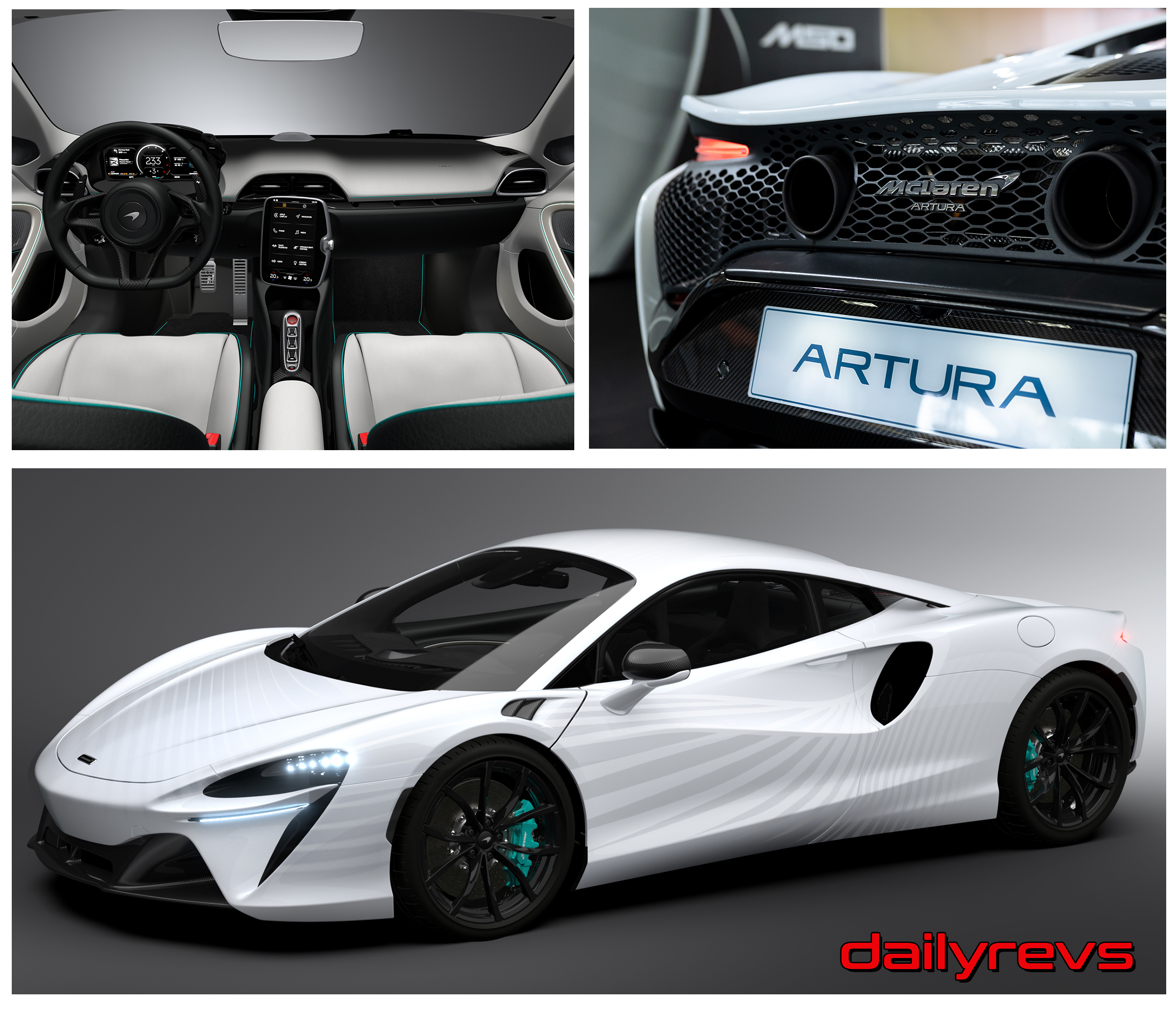 The interior features an MSO Bespoke Interior upholstery in Jet Black leather and bright white leather with graphic effect on the upper part of the fascia. Further details have been created in Tokyo Cyan, including contrast pipelines on the MSO Bespoke seats and floor mats, the MSO logo embroidered on the headrests and the shift levers. The Artura by MSO is also equipped with the Praticity Pack, the Technology Pack and the Bowers & Wilkins 12-Speaker Audio System. All these specifications are available from MSO.

An important role was reserved for the splendid and admired McLaren Elva, the Ultimate speedster that attracted the attention of the attendees at the Première Parade. The McLaren Elva is an extreme performance two-seater, with an open cockpit, bespoke carbon fiber chassis and bodywork, with no windshield and no side windows.

Any sensation we experience on a car in this car is amplified, to offer a driving experience as a passenger, unprecedented on the road or track. Elva highlights McLaren’s design philosophy that intrinsically links aesthetic design and technical design, including the revolutionary Active Air Management System (AAMS), which creates a virtual windshield to protect occupants from the elements. The Elva was also the protagonist of the McLaren Box in Monza where hundreds and hundreds of fans had the opportunity to be able to photograph it in an exclusive setting.

An important edition of MIMO 2022 this for McLaren which was present with 2 iconic models of the Ultimate range, the Elva and the Senna together with the brand new high performance hybrid supercar, Artura.

You can find more visual details of the 2023 McLaren Artura by MSO gallery by scrolling up.