Lexus has undertaken a complete reinvention of the RX large luxury SUV, building on the model’s great heritage and breaking new design and technology boundaries to increase the breadth of its capabilities and its appeal to an even wider customer base. You can find more visual details of the 2023 Lexus RX 350h – Nightfall Mica gallery by scrolling up.

In 1998, the original RX model founded the market segment for luxury-focused SUVs. Since then, it has continuously evolved, notably becoming the first electrified model in the premium market with the launch of the RX 400h in 2005. Today, it is firmly established as a global core model for Lexus with 3.5 million sales – 300,000 of these in Europe. The all-new fifth generation model range will strengthen this position and Lexus’ reputation for design and technology excellence.

Koji Sato, President of Lexus International, said: “For the all-new RX we were determined to keep the Lexus DNA of supreme quality, ride comfort and refinement, and elevate the driving experience to the next level, delivering a unique Lexus Driving Signature.”

Together with the recently launched NX and the upcoming RZ all-electric model, the RX will help build the “Next Chapter” of the Lexus brand. These three models will give the company its most comprehensive coverage yet of the D/E premium SUV market, the heart of Lexus’ business.

Lexus has developed its new Next Chapter design language for the new RX, including a new ‘spindle body,‘ achieved by integrating the signature spindle grille concept into the entire front of the vehicle. The RX team also drew inspiration from the model’s rich design heritage to produce a car that is instantly recognisable as RX, but with a more dynamic, elegant and confident character.

Inside, the driver-centred ‘Tazuna’ cockpit focuses on giving the driver direct, intuitive control of the vehicle, following the principal of ‘hands on the wheel, eyes on the road’. It also improves the driving experience, with its intuitive and clean layout, enhanced by the new Lexus Link Multimedia system with the “Hey Lexus“ onboard assistant, a 14-inch touchscreen and remote functions that can be accessed using the Lexus Link smartphone app.

To craft the new RX’s ‘Lexus Driving Signature’, Lexus optimised the SUV’s fundamentals such as the centre of gravity, inertia specifications, weight reduction, rigidity, and powertrain to create a more natural dialogue between car and driver. The improved handling and responsiveness are founded on a development of Lexus‘ GA-K platform that delivers excellent body rigidity and a low centre of gravity.

The new RX comes with a line-up of three different electrified powertrains in Europe. At the core of the brand’s offering in Western Europe, the RX 450h+ is the first RX to adopt Lexus‘ plug-in hybrid technology. The RX 350h hybrid electric is positioned as an efficient alternative to lower displacement diesel and petrol powertrains. And for customers seeking more exhilarating performance, Lexus is introducing its first performance-focused turbocharged hybrid, the RX 500h, which comes with DIRECT4 drive force control.

For Eastern markets, alongside the RX 500h performance hybrid, Lexus is also offering the RX 350 with a new 2.4-litre turbocharged petrol engine, delivering higher performance than the current 3.5-litre model.

Leveraging Lexus’ world-class safety technology, the RX benefits from the third generation Lexus Safety System +, with an improved Pre-Collision System, new Proactive Driving Assist and optional Extended Safety Package. It is also available with Lexus’ Safe Exit Assist; linked to an electronic door release system, it prevents doors being opened into the path of vehicles or cyclists approaching from the rear.

The mission for the exterior design team was to give the new RX a unique identity with proportions born from its dynamic driving experience. This approach marks further development of the “Next Chapter” Lexus design, introduced with the new generation NX model, through which the styling directly communicates the car’s performance and the quality of the driving experience.

At the same time as the designers could look to the future, there was also a requirement to project the quality of Lexus as a global luxury brand and for the new model to be recognisably an RX, with details that reference its heritage.

These diverse qualities are witnessed in a car that projects a powerful road presence and performance potential, with a bold appearance and firmly planted stance. The sense of “newness” is immediate and strong, giving the car visual impact to match the quality of its three new electrified powertrains.

Next Chapter design has taken the spindle shape from the signature Lexus grille to create a new spindle body effect, integrating the shape into the entire front of the vehicle. The grille itself has been reinterpreted as a seamless unit that integrates with the body along its edges. The new slim headlight units and a front track that is wider by 15 mm add emphasis to the car’s lower centre of gravity and planted look.

In side-on view, a horizontal posture was created by raising the front of the bonnet and lowering the bottom edge of the rear window, compared to the current RX. This compresses the area above the wheels, creating a solid, well-grounded look.

While the new RX has the same overall length as the current model, the bonnet has been elongated, with the A-pillar moved further back, and the wheelbase has been extended by 60 mm. Sculpted surfaces on the door panels, flared rear wings and 21-inch wheels add a sense of powerful traction and dynamism.

The RX’s characteristic “floating roof” effect created by a blacked-out rear-pillar is retained but given a stronger three-dimensional appearance. The rear of the car communicates a sense of power with a shorter overhang, wider track (+45 mm) and a sweeping transition from the wings round to the tail lights. The rear combination lights are set in a light bar that spans the width of the car and wraps around the corners to heighten the wider look.

Nine exterior colours are available, including a new Sonic Copper – one of several options using Lexus’ advanced sonic paint technology for a more lustrous finish with deep contrasts. The wheel choices include new 21-inch alloys – larger rims than previously for the RX, adding to the model’s dynamic look and powerful stance.

Slim, three-projector LED headlights are featured on the new RX mid-grade and, with a BladeScan Adaptive High-beam System (AHS) on the Luxury grade and F SPORT Performance model; other versions use bi-Beam LED design. These sit above daytime running lights with surface illumination that have a stronger three-dimensional look and silhouette; those on higher grade models have elegant “fade-in” illumination. Quality is further expressed in turn indicators with light guides, giving a seamless lighting effect.

The front fog lights and cornering lights are discreet units, incorporated in bezels set low in the front bumper

At the rear, the combination lights are set in an L-shaped light bar with a single lens that spans the full width of the vehicle and wraps around the corners, emphasising the powerful design and underlining the new LEXUS logo.

The visual appeal of the exterior design is matched by its aerodynamic efficiency. Effective details include the precise calculation of the rear spoiler shape and position,  a belt moulding that is flush with the bodywork and the addition of a fin on the bottom edge of the rear bumper which suppresses air flow turbulence behind the rear wheels.

Beneath the car there is an engine undercover with a dimpled surface that creates air vortices as the car moves, enhancing the feeling of it being in firm contact with the road. Across the range, each model has a larger area of flat undercover and flat-surfaced heat insulators, creating a flat floor for smoother air flow.

The new RX 350h is characterised by the improved smoothness and efficiency of its fourth-generation self-charging hybrid electric system. This 2.5-litre petrol drivetrain provides 250 DIN hp and 0-100 km/h acceleration in 7.9 seconds, performance comparable with the current RX 450h, while at the same time producing lower emissions.

It benefits from the same programme of hybrid component improvements featured in the RX 450h+, including a new hybrid transaxle with a more compact design, lighter weight (~22% mass reduction) and reduced friction losses and a smaller (~ 9% volume reduction) and more efficient PCU. It is equipped with e-Four electric all-wheel drive as standard.

The RX 350h is a strong alternative to competitor models powered by small-displacement engines and ideal for customers who prioritise comfort and efficiency.

Like the RX 500h, the RX 350h uses a new low-resistance nickel-metal hydride (Ni-MH) battery unit, designed to give good drivability and a high level of both output and fuel economy. Compared to the battery featured in the previous RX 450h, it has fewer cells (216 vs 240), but delivers equivalent output. These are arranged in a more compact, integrated unit, replacing the previous three-part unit, installed beneath the car’s rear seat. 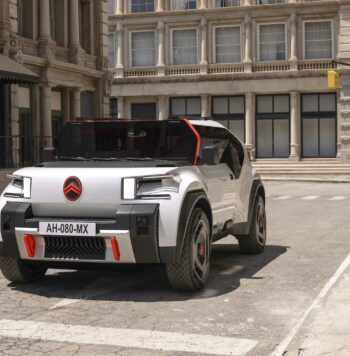 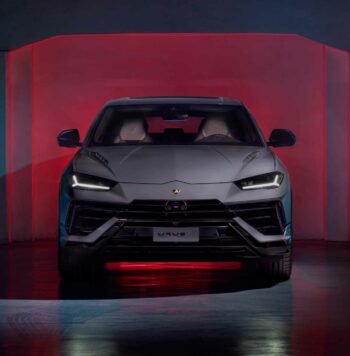 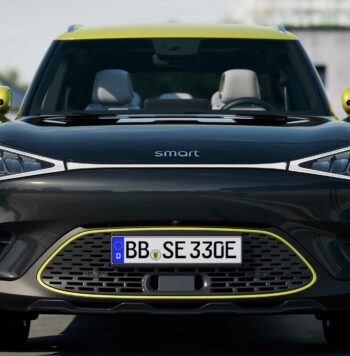 2023 Smart #1 Pro
We use cookies on our website to give you the most relevant experience by remembering your preferences and repeat visits. By clicking “Accept”, you consent to the use of ALL the cookies.
Learn MoreYes, I accept
Manage consent