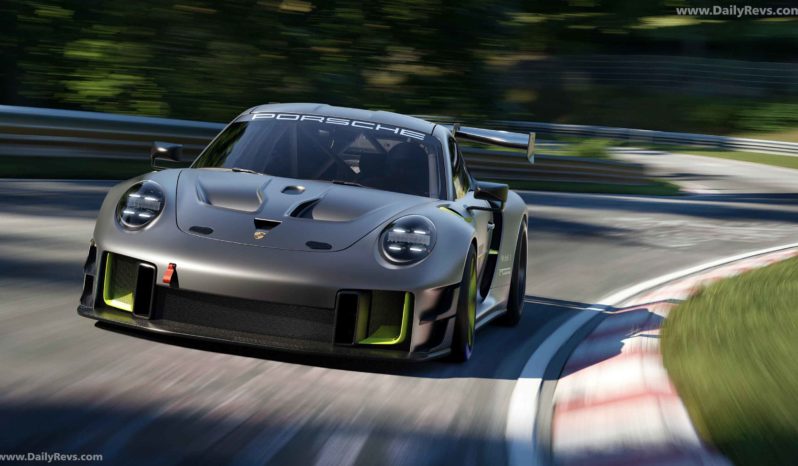 Porsche Motorsport celebrates the 25th anniversary of Manthey-Racing GmbH with an extraordinary special edition model. With a production run of just 30 cars, the 911 GT2 RS Clubsport 25 was designed and developed by Porsche and Manthey for track days and circuit racing. You can find more visual details of the 2022 Porsche 911 GT2 RS Clubsport 25 gallery by scrolling up.

Like the Porsche 935 which was unveiled in 2018, this vehicle is also based on the 911 GT2 RS Clubsport powered by a 3.8-litre flat-six twin-turbo engine producing 515 kW (700 PS). Power is transferred to the rear wheels via a seven-speed Porsche dual-clutch gearbox (PDK). The distinct design of the 911 GT2 RS Clubsport 25 adopts many vehicle components and elements from familiar and future Porsche racing cars. In terms of technology and aerodynamics, this car bridges the gap between two of the 911 model generations. 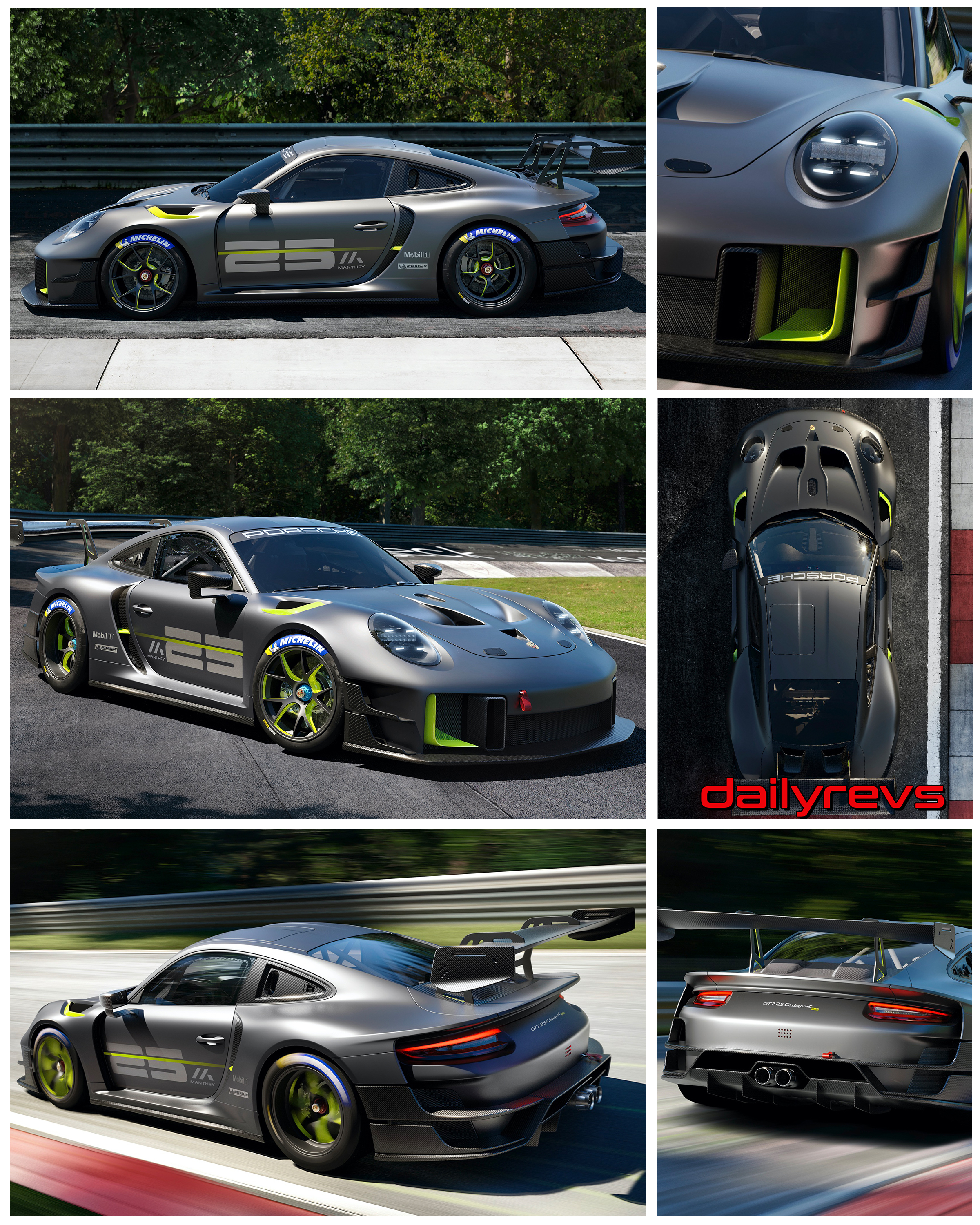 The inspiration for the 911 GT2 RS Clubsport 25 came from Manthey’s 911 GT3 R, which Nürburgring fans fondly dubbed “Grello” because of its distinctive green and yellow livery. Deliberately placed accents in these colours underline this. The many enhanced add-on components at the same time reflect the expertise that Manthey has acquired in motorsport over the last quarter-century. Grant Larson from Style Porsche then added the final optical touch. Larson has designed such legendary racing cars as the 911 RSR, 911 GT3 R as well as the modern 935 and many more.

High expertise that Manthey has acquired over the last quarter-century

“The design of the 911 GT2 RS Clubsport 25 expresses the long-standing collaboration between Porsche Motorsport and Manthey,” emphasises Larson. “It amalgamates the respective strengths of each partner into one racing car, and at the same time bridges the gap between the 991 and 992 model generations of the 911. Manthey contributed the basic concept and the technical ideas, with Porsche providing the final design. We used the characteristic colour scheme of Manthey’s ‘Grello’ to specifically highlight certain functional areas of the vehicle.”

Like the modern Porsche 935, the 911 GT2 RS Clubsport of the 991 model generation forms the basis for the limited special edition model. The concept of the centrally-positioned radiator is one of its defining features. It resembles that of the 911 GT3 R and has several advantages: its steady, optimal airflow keeps the engine temperature stable over a wide speed range, while the repositioning of the radiator ensures better protection against collision damage. The completely redesigned front apron now features a central inlet to ensure optimal airflow. Like the ‘Grello’, its double flics on the outside increase downforce on the front axle. Moreover, the vehicle features a closed underbody. The carbon fibre front lid has also been completely redesigned. Like in the 911 GT3 R, its two large vents, separated by a centre divider, funnel hot air over the roof to the rear wing. A centrally-positioned NACA duct – combined with the Porsche emblem – supplies fresh air to the cockpit.

You can find more visual details of the 2022 Porsche 911 GT2 RS Clubsport 25 gallery by scrolling up. 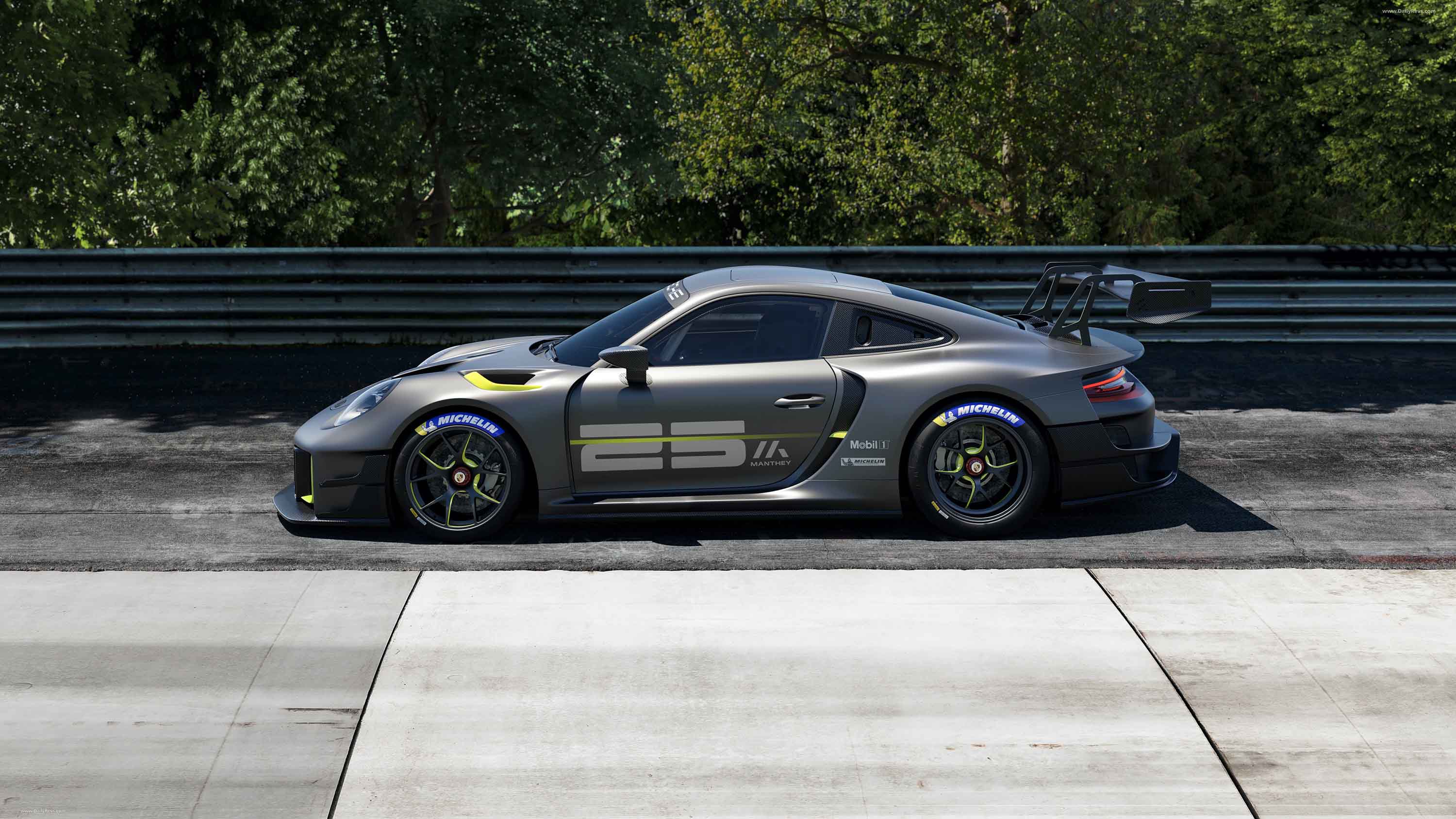 Thanks to the new cooling concept, the radiators in the wheel arches could be dispensed with. This improves the direct airflow to the front brakes, which maintain stable temperatures for longer. Like with the modern 935, the flared wheel arches open into vertical vents for hot exhaust air. A horizontal dividing bar in the vent gleams in the typical Grello colours of Manthey’s 911 GT3 R – a subtle styling feature that is repeated on the flared fenders at the rear. These are connected to the front fenders by a sill and feature a large two-part air inlet.

With the suspension, 911 GT2 RS Clubsport 25 features essential components of the modern 935 including the generously dimensioned 18-inch rims with central locking. In association with the corresponding offsets, this results in a significantly wider track compared to the 911 GT2 RS Clubsport. The electronic control systems and steering gear also mirror that of the modern 935.

The rear of the 911 GT2 RS Clubsport 25 has also received extensive modifications. The rear wing features new side plates and swan-neck support brackets, which ensure uninterrupted flow. The particularly wide rear spoiler forms a unit with the body and, like on the modern 935, serves as a wrap-around separation edge – an element that distinguished Manthey’s first MR model, which was still based on the 996 generation of the Porsche 911. New ventilation openings in the rear lid below the rear window expedite air circulation in the engine bay of the special model. Manthey optimised the design of the functional diffuser, which provides the framework for the newly designed exhaust system. The tailpipes represent a visual highlight. The rain tail lights meet the current regulatory requirements and are also used in the new 911 GT3 Cup (Generation 992).

One of the characteristic features of the 911 GT2 RS Clubsport 25 is the main racing headlights featuring a four-stripe design. While they originate from the Le Mans-winning 911 RSR in essence, they underwent further development specifically for the special model and are particularly efficient in illuminating the track. As a space-saving measure, the indicators are integrated. The interior, including the welded-in safety cage, has been adopted from the 911 GT2 RS Clubsport and complies with FIA standards. A badge expresses the limited edition status.

You can find more visual details of the 2022 Porsche 911 GT2 RS Clubsport 25 gallery by scrolling up. 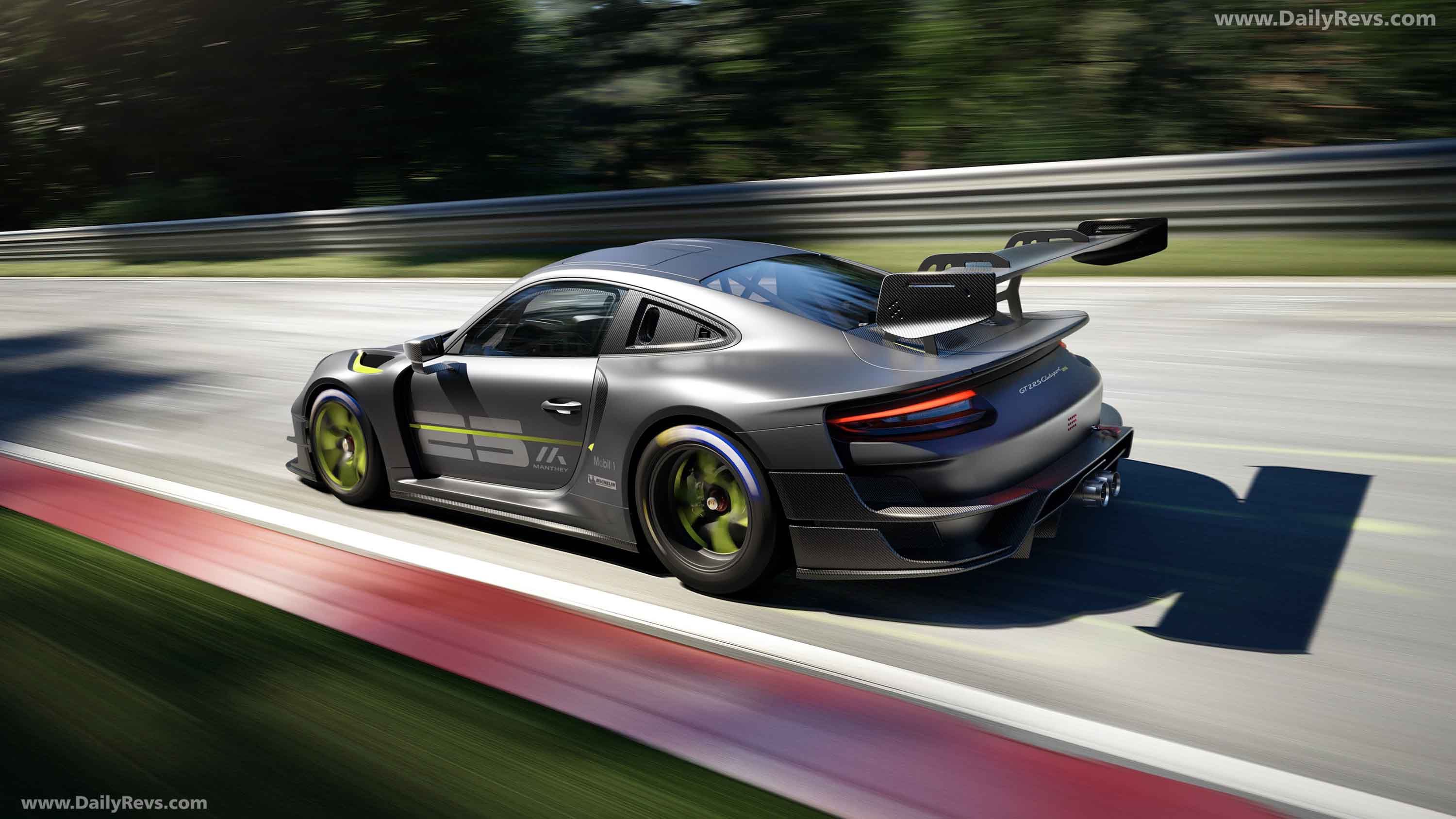 Another milestone in the 25-year history of Manthey

“With the 911 GT2 RS Clubsport 25 special edition, which we designed and developed in conjunction with Porsche Motorsport, we’ve reached another milestone in the 25-year history of Manthey. It’s a perfect example of our guiding principle ‘Closer to Perfection,’” states Nicolas Raeder, Managing Director of Manthey-Racing GmbH. “With every modification, technological function always takes priority. That’s why the 911 GT2 RS Clubsport 25 has its very own character, which also reflects our brand values: straightforward and meticulous, flexible and uncompromising.”