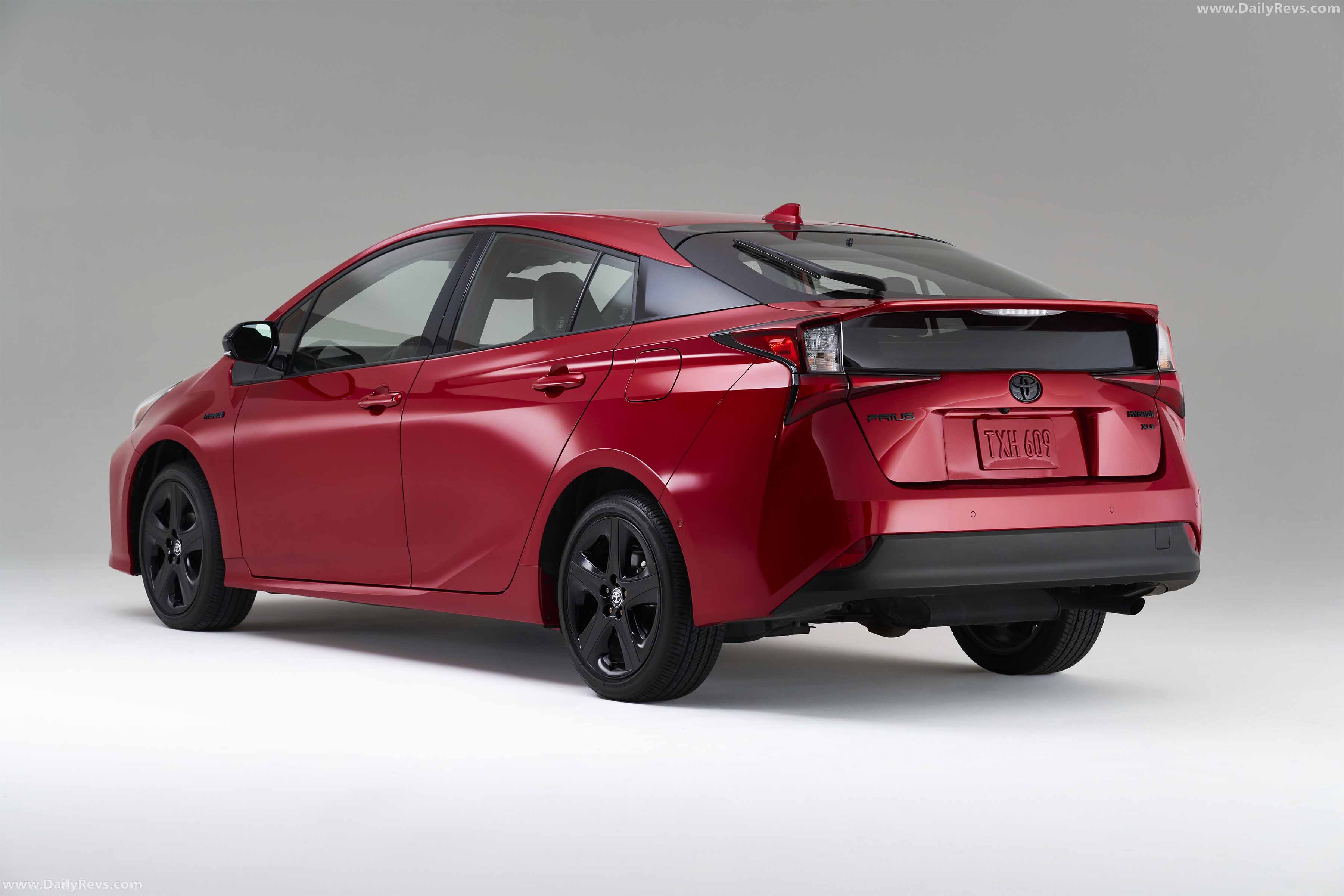 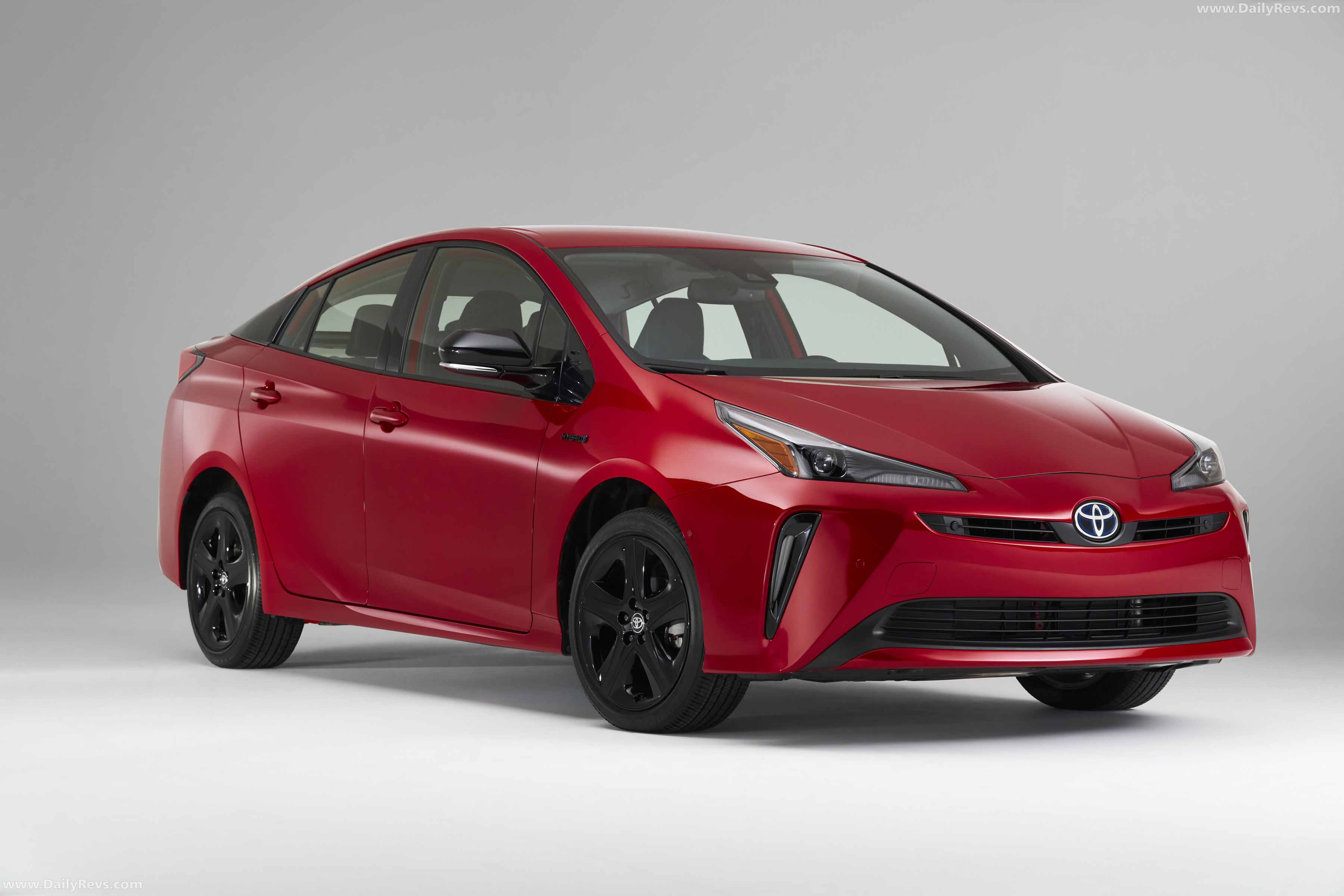 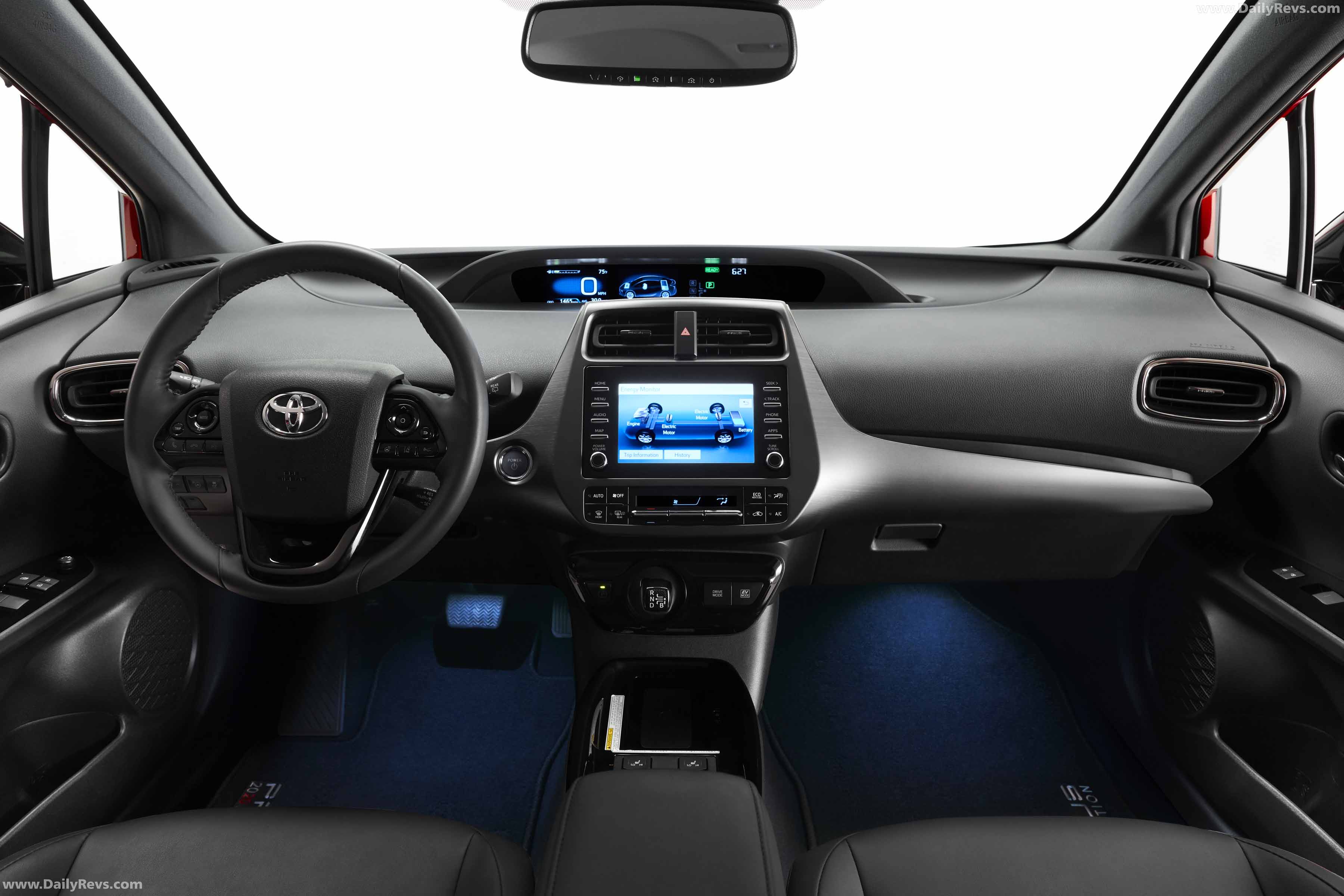 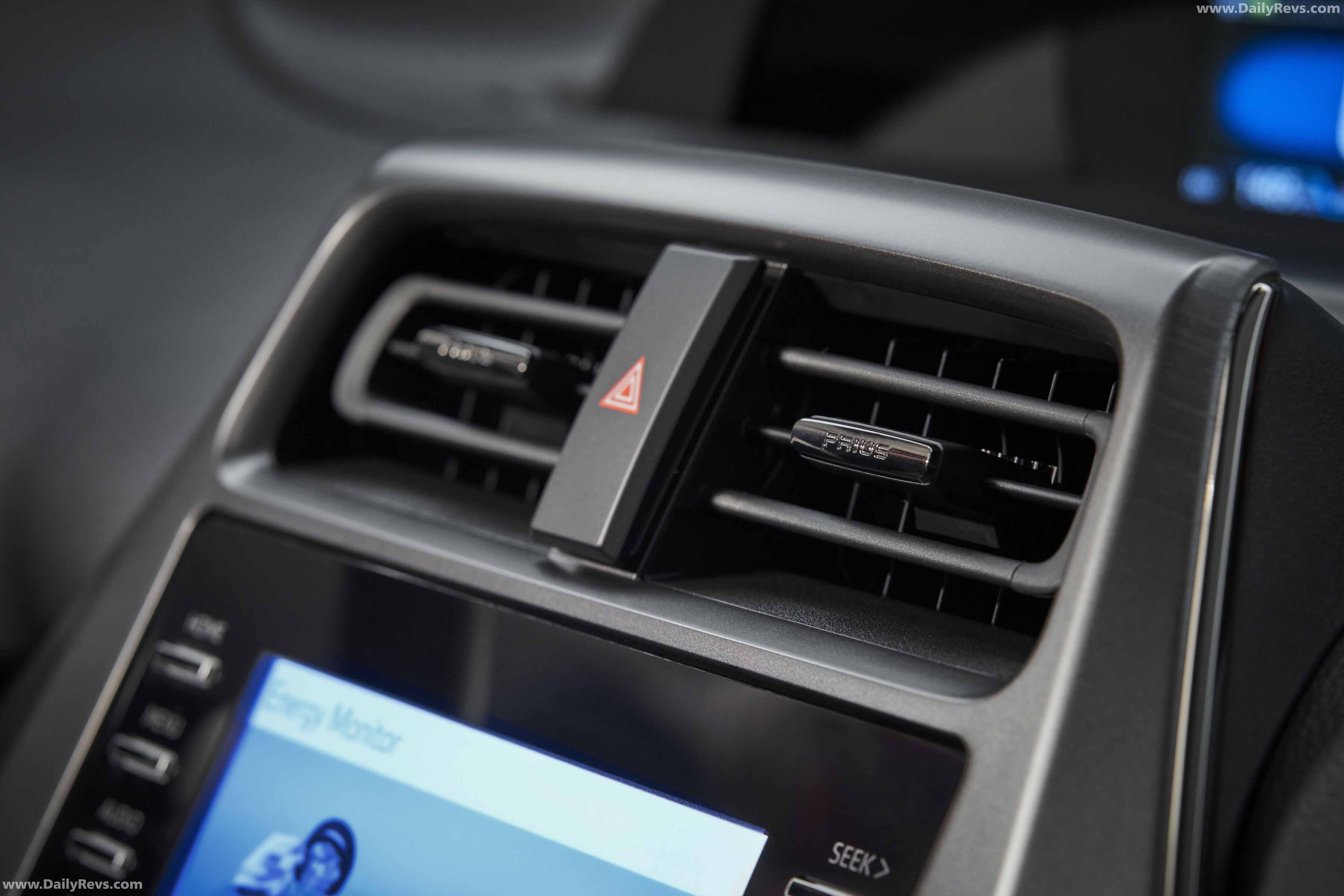 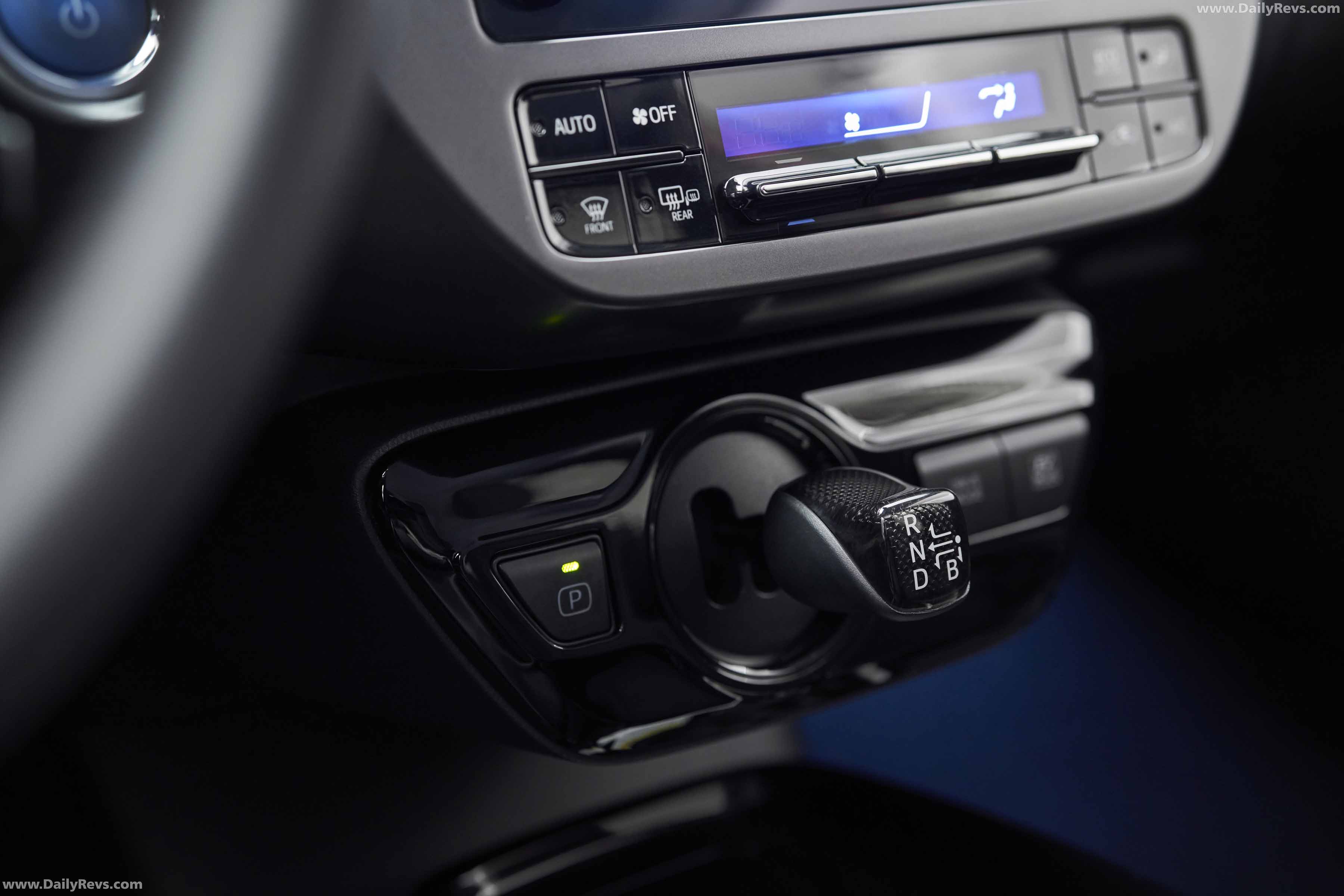 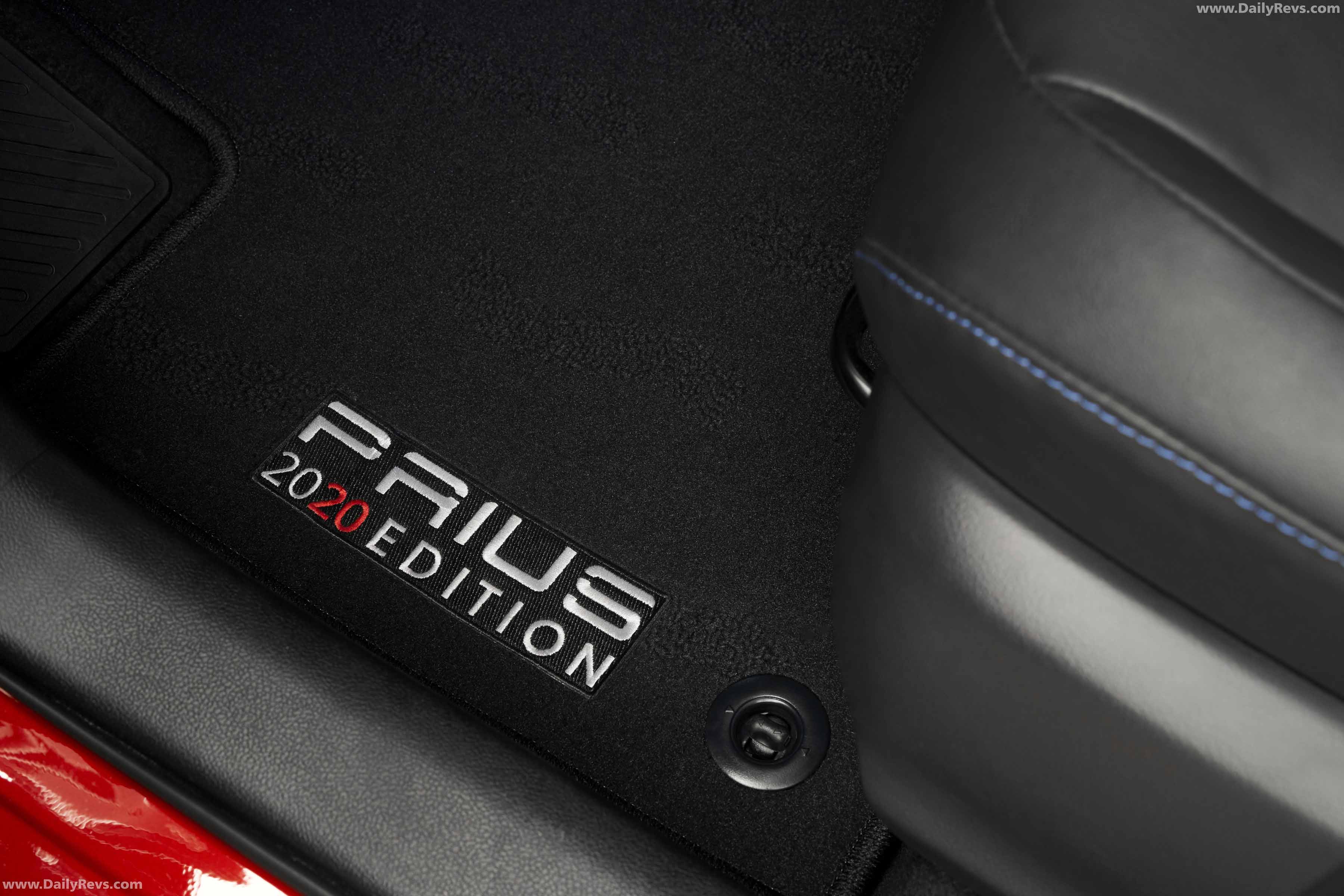 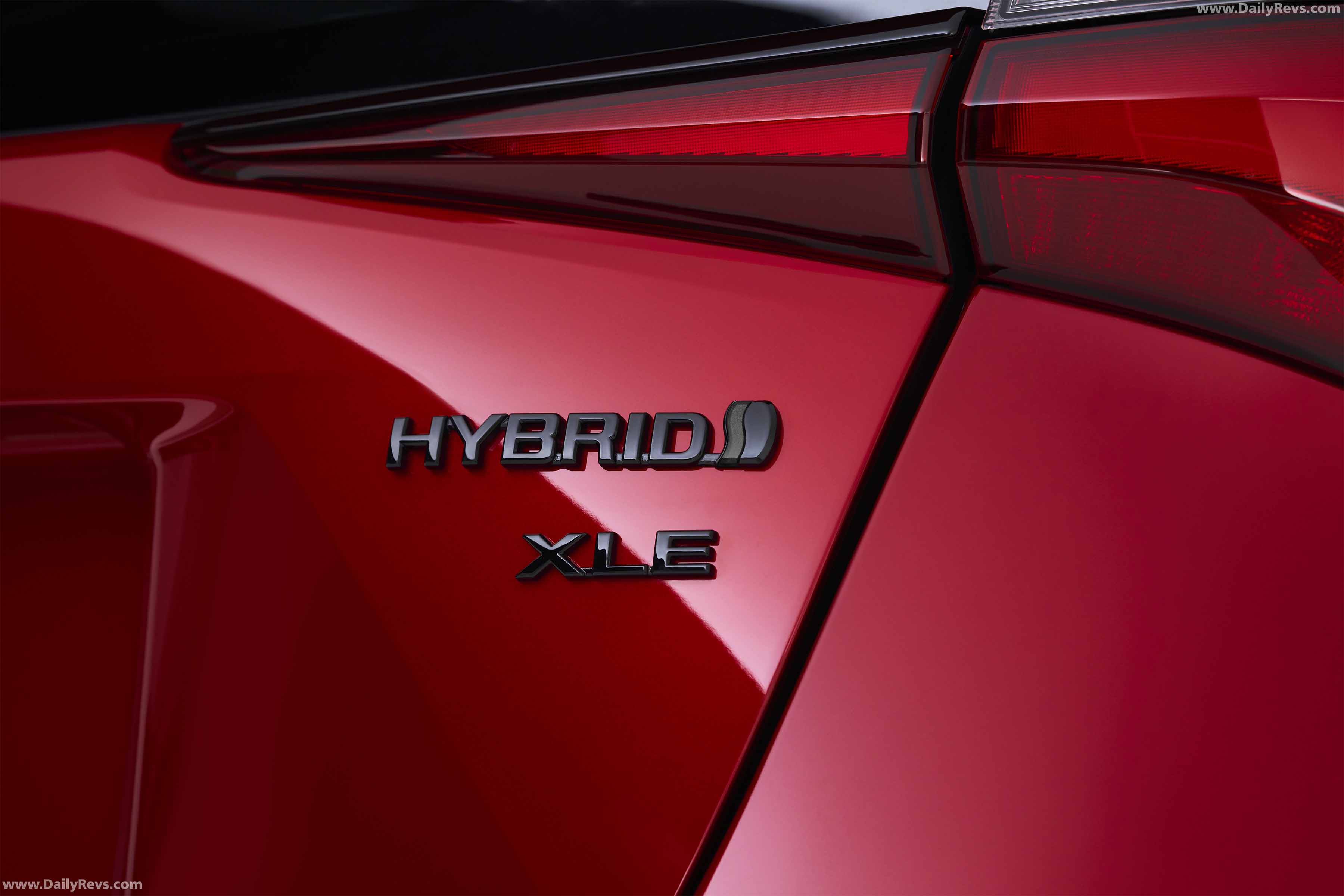 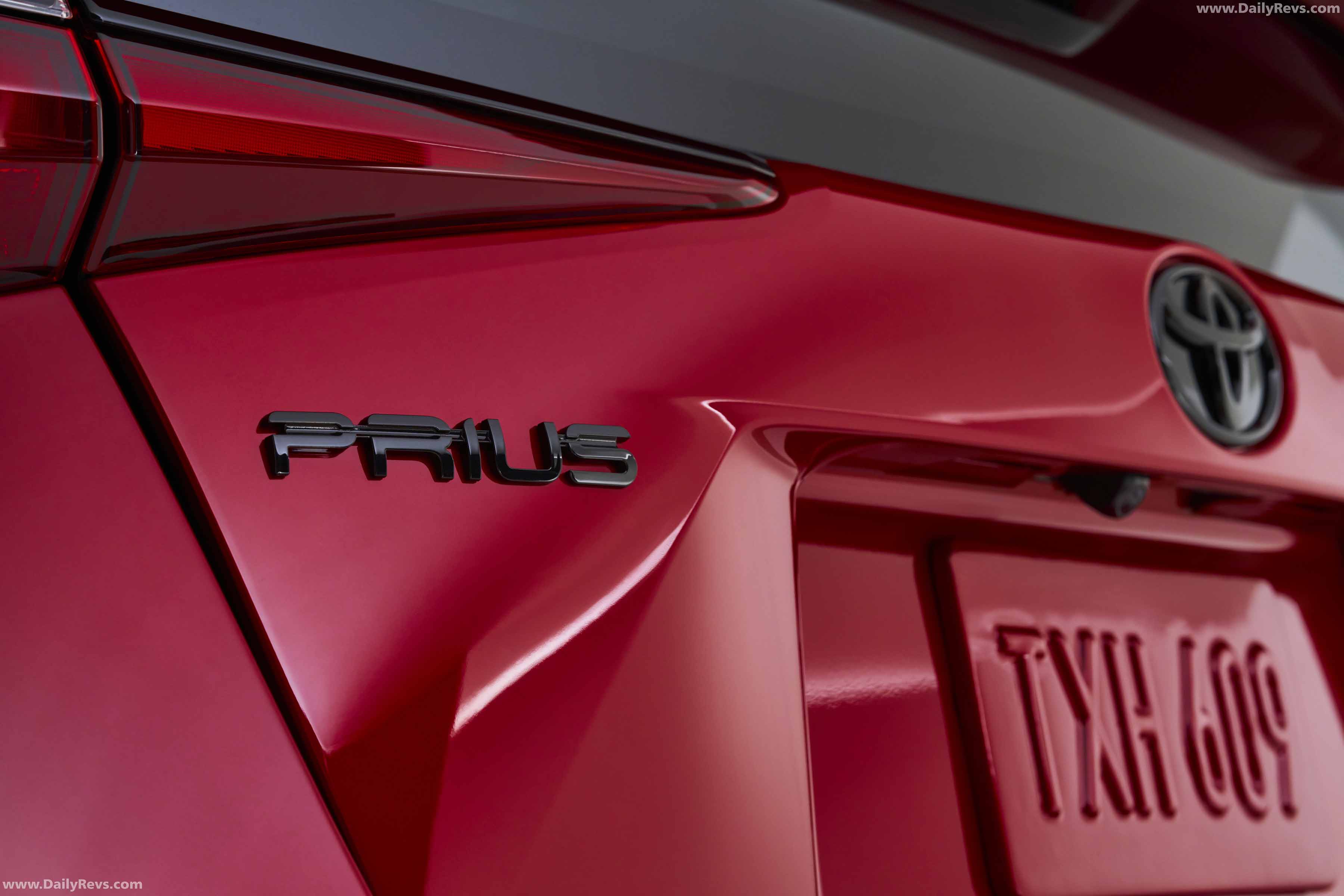 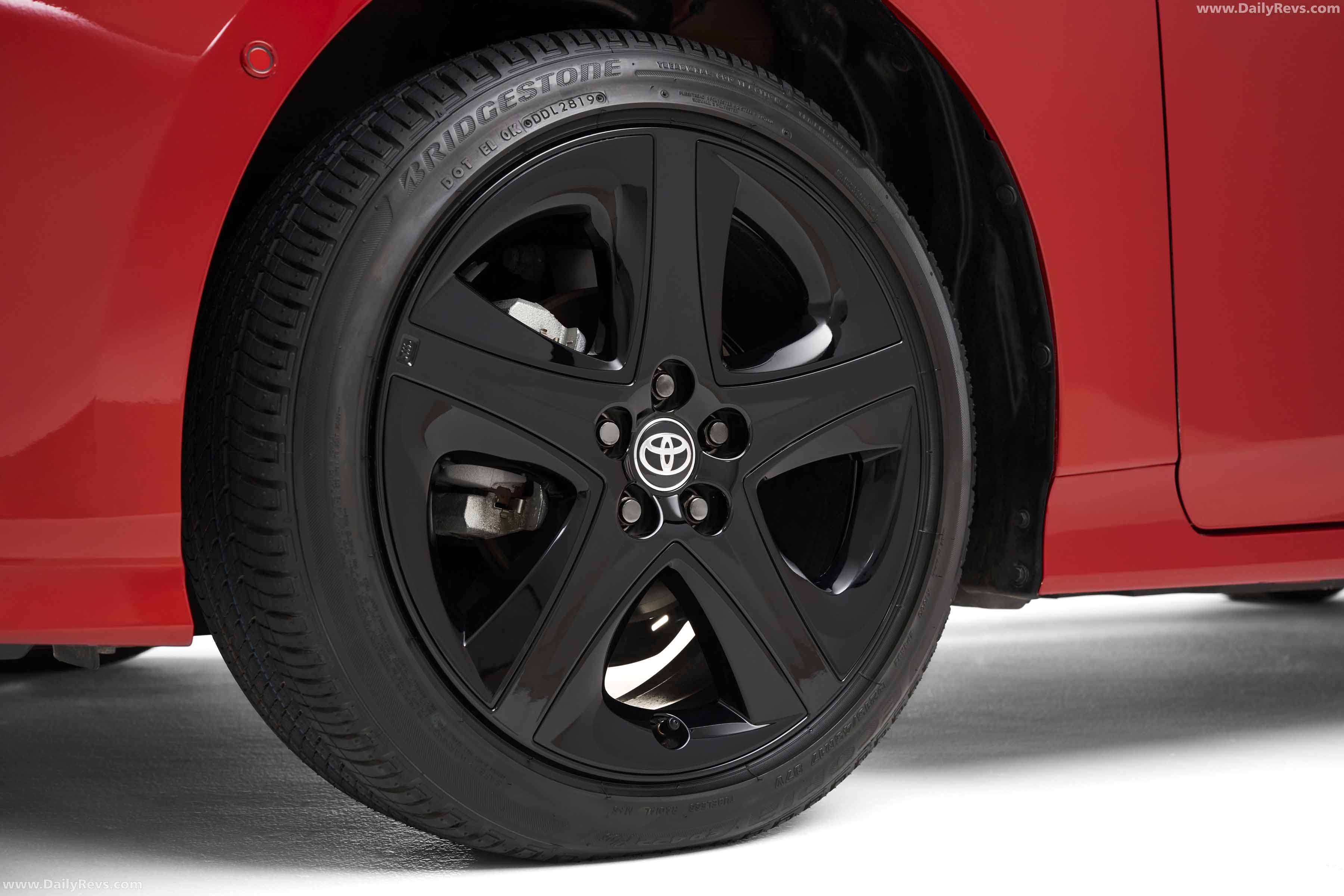 Twenty years ago, with the Y2K computer glitch reduced to the punchline of the year, technology in another corner took a mammoth leap as a small, unassuming sedan very quietly rolled into U.S. Toyota dealerships. The 2001 Toyota Prius, the world’s first production hybrid car, had arrived, and it would profoundly change the trajectory of automotive propulsion evolution.

Over the next two decades, Toyota would go on to sell more than 6 million Prius vehicles worldwide and more than 3.6 million total hybrid models (including Lexus) in the U.S. Toyota Prius sales in the U.S. reached 1.9 million through 2019, and the model name became synonymous with hybrid technology. (The original Prius went into production for the Japanese market in 1997.)

All of that is worth commemorating.

And so, Toyota is marking the special anniversary of the groundbreaking Prius, the foundational car of its global hybrid leadership, by offering the Prius 2020 Edition for model year 2021. Toyota will offer 2,020 of these special models, based on the well-equipped XLE FWD grade. Available in a choice of Supersonic Red or the new Wind Chill Pearl, the 2020 Edition features striking black exterior trim and unique features, including a color-keyed rear spoiler.

The overall look is both sporty and elegant, with just a touch of mischief. But there’s nothing mischievous about a car rated at a manufacturer preliminary-estimated 54 city MPG / 50 highway MPG / 52 combined MPG and equipped as standard with one of the auto industry’s most advanced driver-assist safety systems. 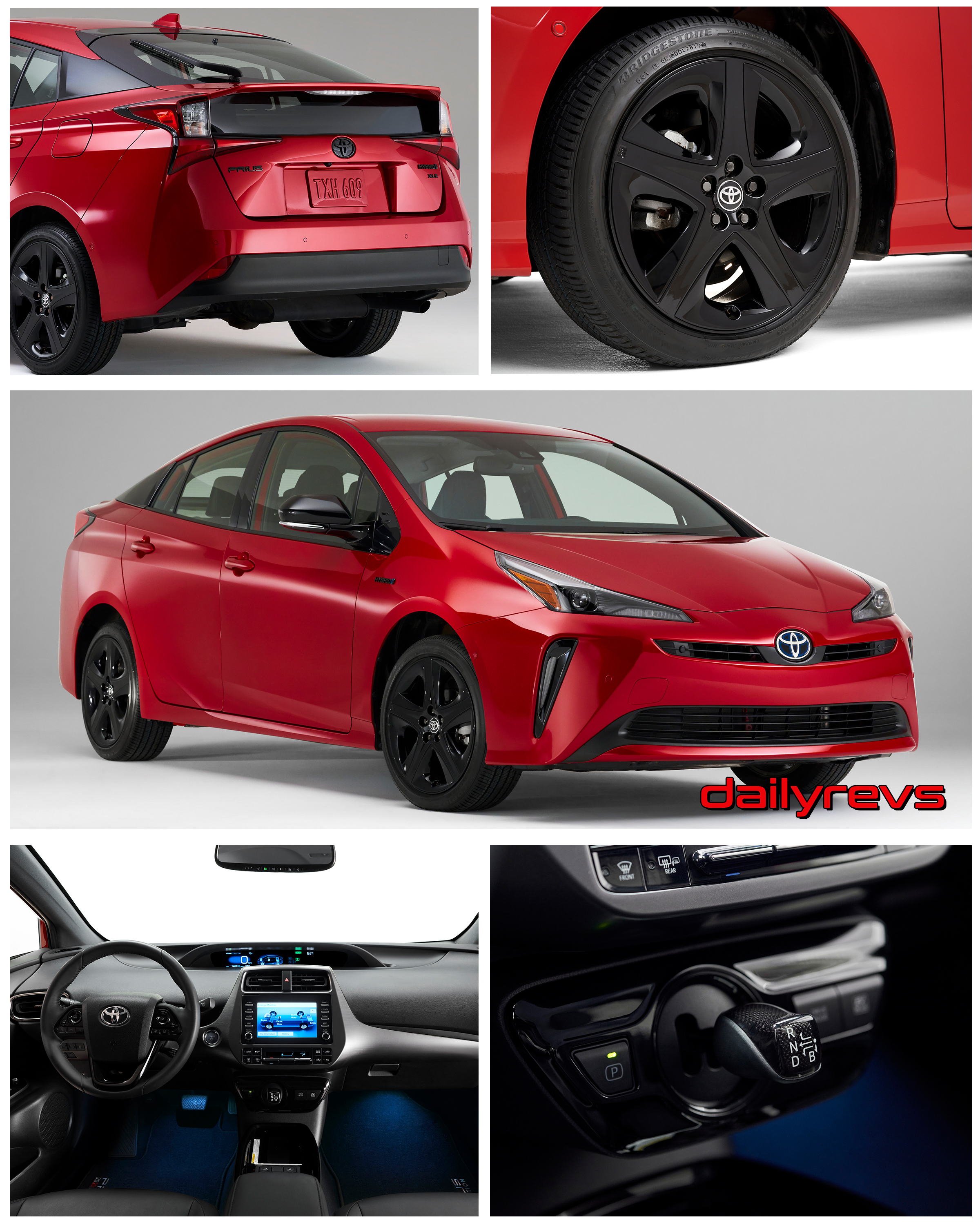 The Prius, which already had Toyota Safety Sense (TSS-P) standard, steps up to the more capable TSS 2.0 for 2021. This latest version of the advanced safety system includes:

Pre-Collision System with Pedestrian Detection is designed to offer automatic braking capability, under certain conditions, should the driver not react in time in an emergency situation. Blind Spot Monitor with Rear Cross Traffic Alert and Intelligent Clearance Sonar with Intelligent Parking Assist are also standard.

Also for 2021, all but the Prius Limited add Android Auto compatibility. (Apple CarPlay compatibility was already standard on 2020 Prius models.)

The Prius mission was right in its name; it is Latin for “first” or “original,” and can also mean “to go before.” Now, look at all the hybrids that have come since.

The Prius is one of 10 Toyota hybrid models, and one of 11 electrified vehicles with Mirai, a Hydrogen Fuel Cell Electric Vehicle (FCEV), available for 2021. Others include the first-ever Corolla Hybrid, Camry Hybrid, RAV4 Hybrid, Avalon Hybrid, Highlander Hybrid, RAV4 Prime and Prius Prime.

The Shape of Progress

Its 2020 livery gives the 2021 Prius an added edge of distinction on the road. The unmistakable Prius silhouette is still the car’s signature design feature, made to cheat the wind with an ultra-low 0.24 coefficient of drag (Cd). An automatic grille shutter reduces aerodynamic drag by closing when airflow to the radiator is not needed.

Standard Bi-LED headlamps and LED rear combination lamps not only provide better light than halogens, but they also reduce energy consumption and give a longer service life. A full-width glass panel beneath the rear spoiler aids rearward visibility while also serving as a distinctive Prius design feature.

The foundation of Prius efficiency is the Toyota Hybrid System II. It operates much in the same fashion as the original hybrid system in the 2001 Prius, but is more compact, more powerful, and more fuel-efficient. In the Prius, the system combines the output of a high-efficiency 1.8-liter four-cylinder Atkinson-cycle gasoline engine with that of two motor-generators through an electronically controlled planetary-type continuously variable transmission (CVT).

The advanced Power Control Unit is the key to extracting the greatest efficiency from the powertrain. In most situations, the Prius launches on battery power alone and then seamlessly starts the gas engine and blends its output once underway, turning it off when its power is not needed.

More Room Than Some SUVs

The super-low-drag Prius shape is also highly practical. Thanks to its generous cabin room, the Prius is rated as a midsize car by the EPA. The front-wheel drive models, including the 2020 Edition, offer 50.7 cu. ft. of cargo space with the rear seatbacks folded down, which is more than in some small SUVs.

That original Prius combined output of a 70-hp gas engine and 44-hp electric drive motor. A second electric motor-generator served as the starter for the gas engine and also generated electricity for the drive motor and nickel-metal hydride (NiMH) battery pack.

The first Prius achieved EPA estimated 42 city MPG / 41 highway MPG / 41 combined MPG. The higher figure for city driving reflected the hybrid powertrain making greatest use of the battery and electric motor in urban driving. The first Prius also used an auto stop/start system to shut off the gas engine at stoplights under certain circumstances. Such systems have since become commonplace, including for non-hybrids.

Second-Generation: A Huge Leap in Everything

Arriving as a 2004 model, the second-generation Prius arrived introduced a radical-looking and roomy liftback body, which established the basic design silhouette for the Prius going forward. The clever design yielded the room of a midsize sedan in a compact package, also with generous luggage/cargo room.

A new brake-by-wire system improved regeneration and brake feel. A new air conditioning system used an electric compressor, which allowed it to operate without the gas engine running. Even with its gain in power and larger body for the second-generation model, its combined fuel economy jumped by 12 percent to 46 MPG.

The Prius marked its 10th anniversary in the U.S. with an all-new third generation model, gaining more power and higher fuel efficiency. Its 50 combined MPG was a new milestone. This generation also brought new models, including the first Prius Plug-in Hybrid, a new compact Prius c for under $20,000 and a new, larger Prius v with crossover-like room and versatility. Prius models began offering Pre-Collision Braking and other advanced safety tech.

Based on the Toyota New Global Architecture-K platform (TNGA-K), the fourth-generation Prius is the most efficient and quietest in its history. The fourth-gen Prius introduced the top-of-line Prius Prime plug-in hybrid (PHEV), the Prius L ECO, and the Prius AWD-e model with all-wheel drive.

Toyota will introduce two all-new hybrids during the Toyota 2020 New Product Showcase at the link below Monday, May 18 at 11:00 a.m. EDT. The reveal will be hosted by Bob Carter, Toyota’s executive vice president of sales, and Jack Hollis, group vice president and general manager, Toyota division.