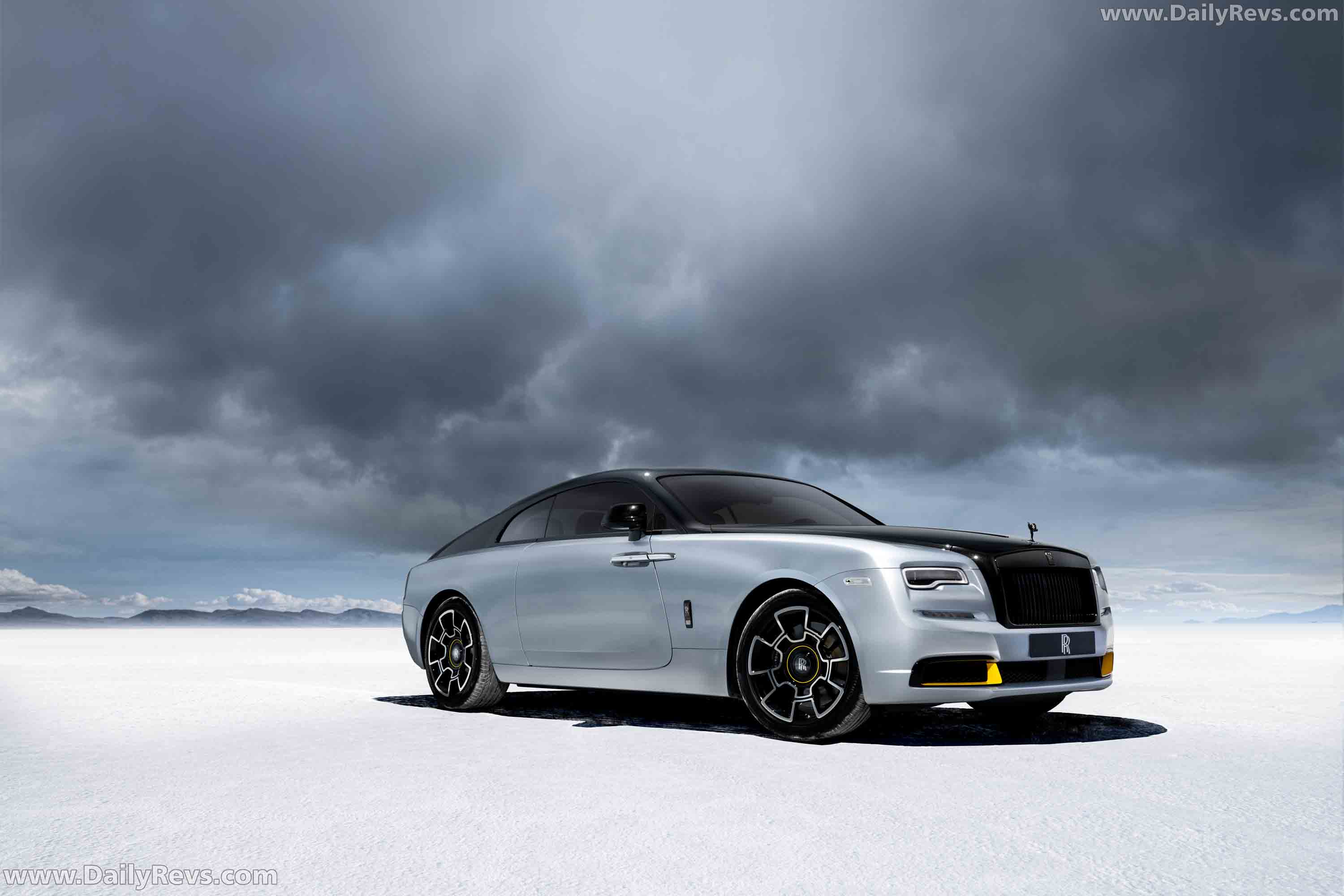 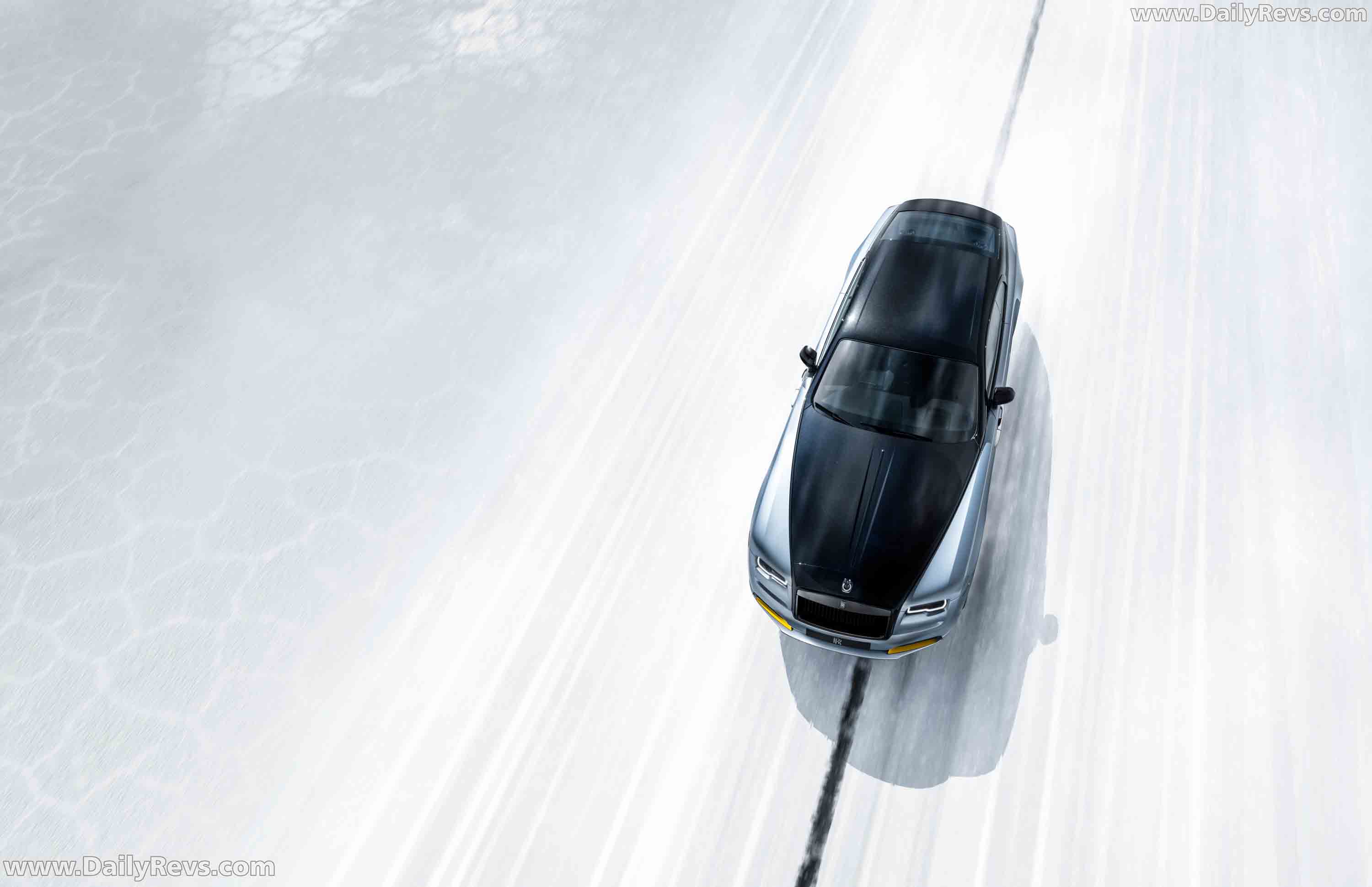 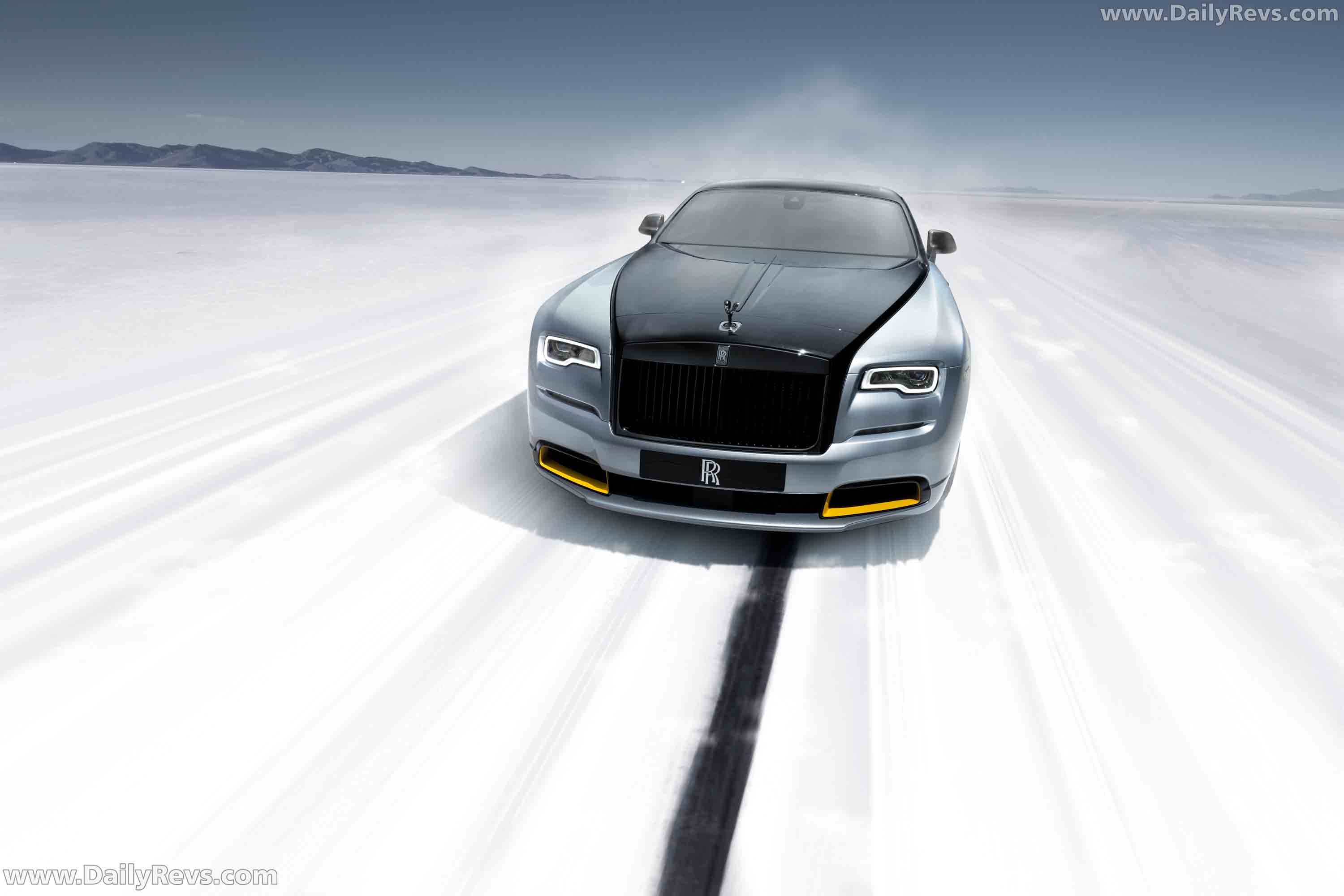 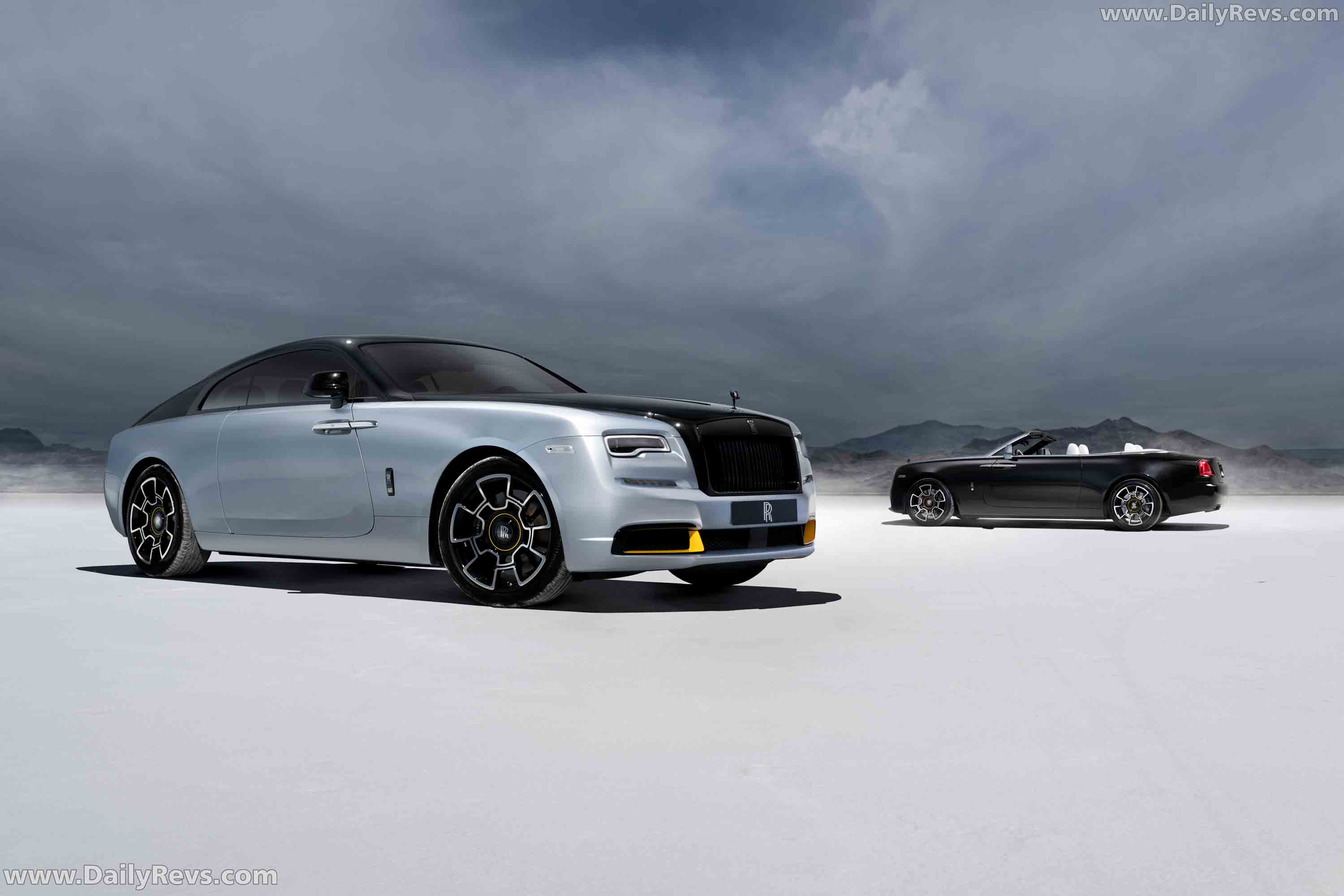 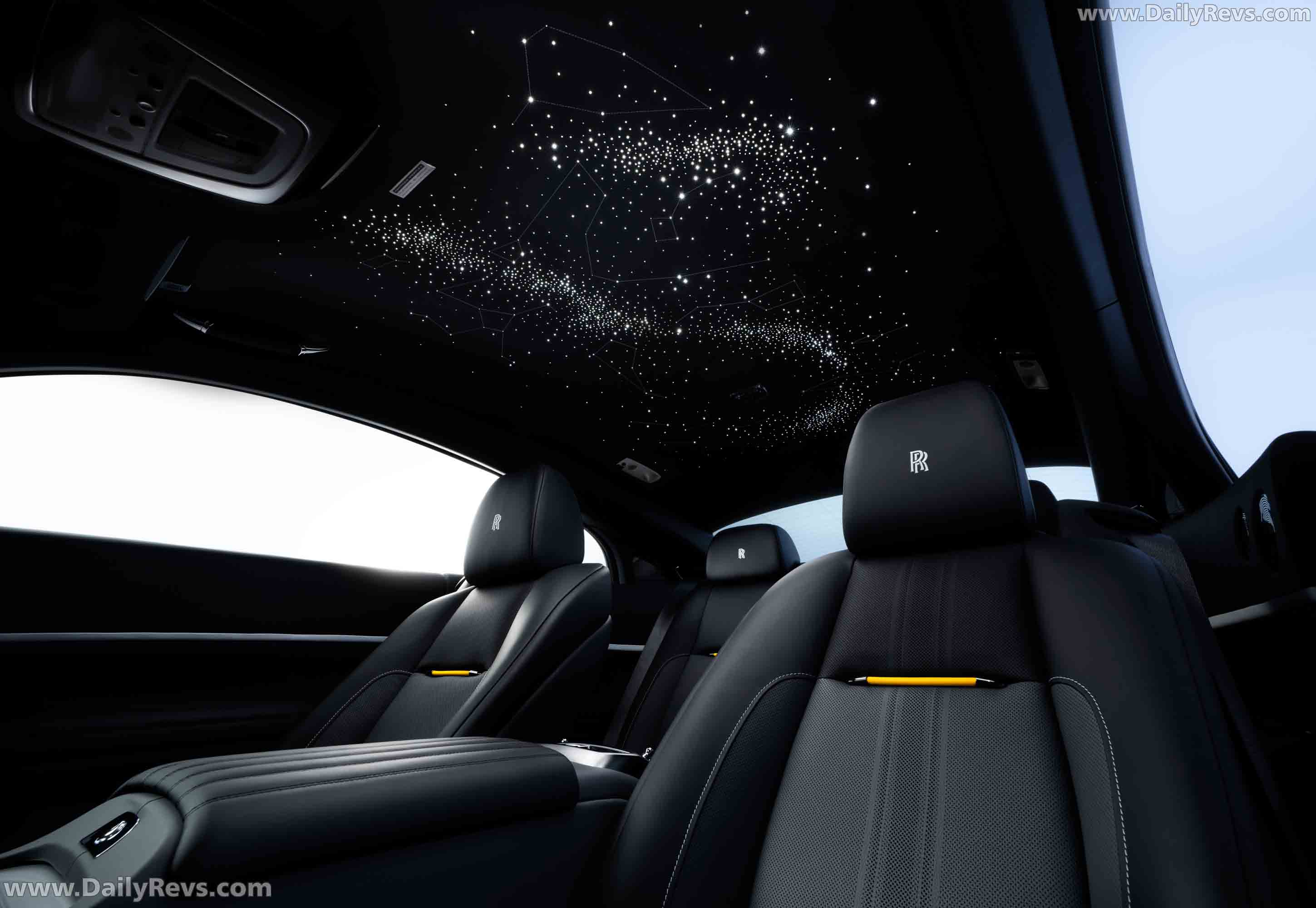 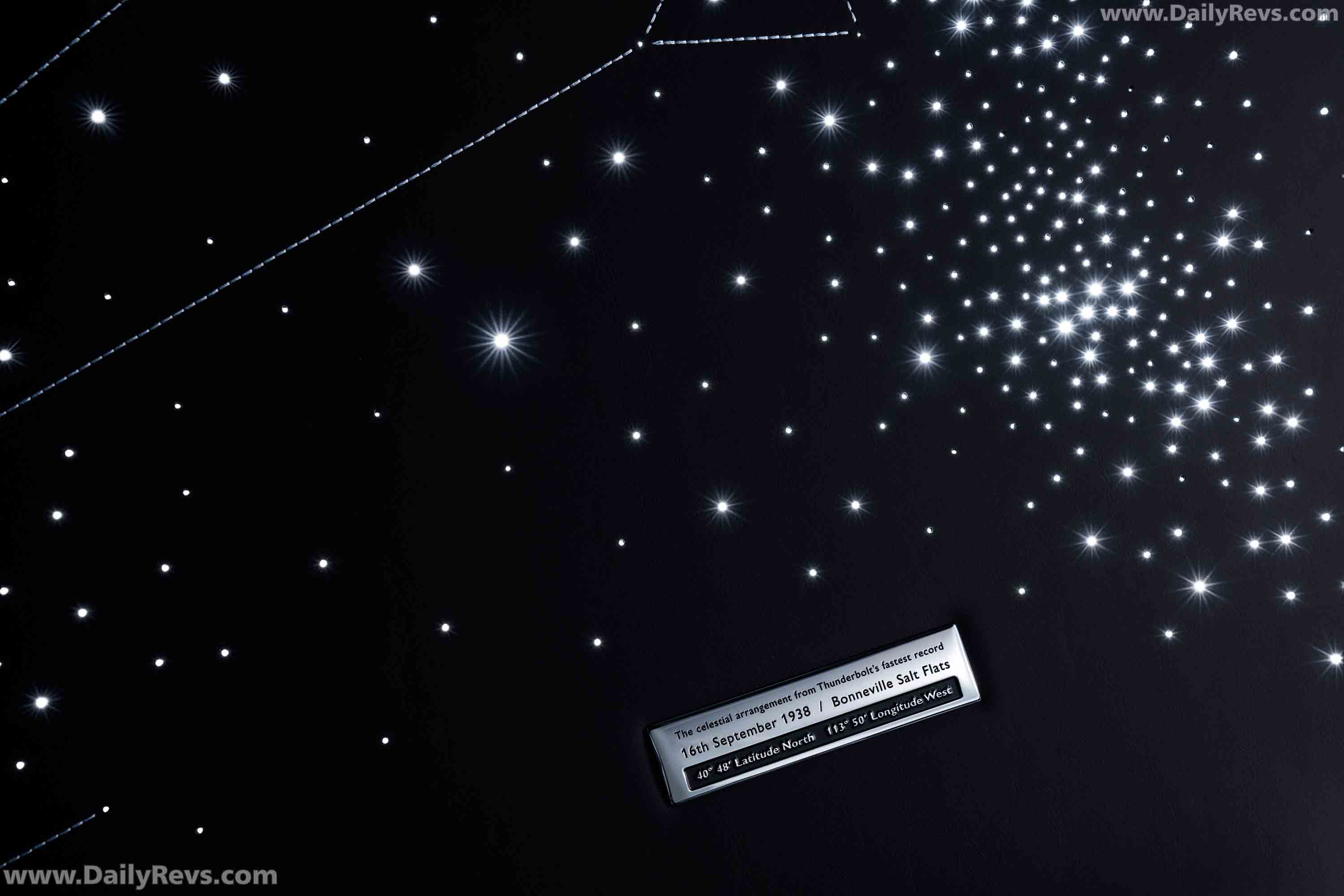 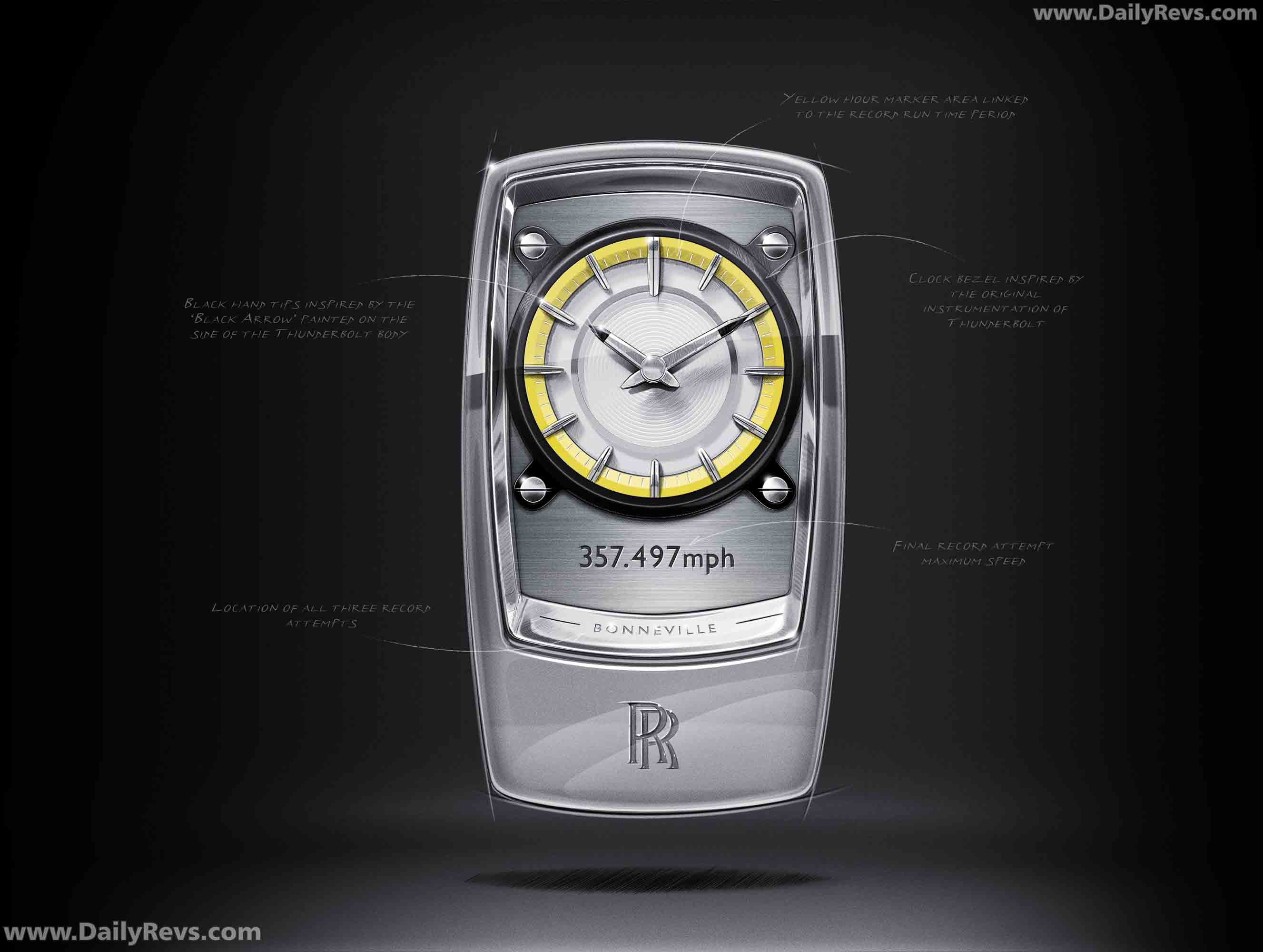 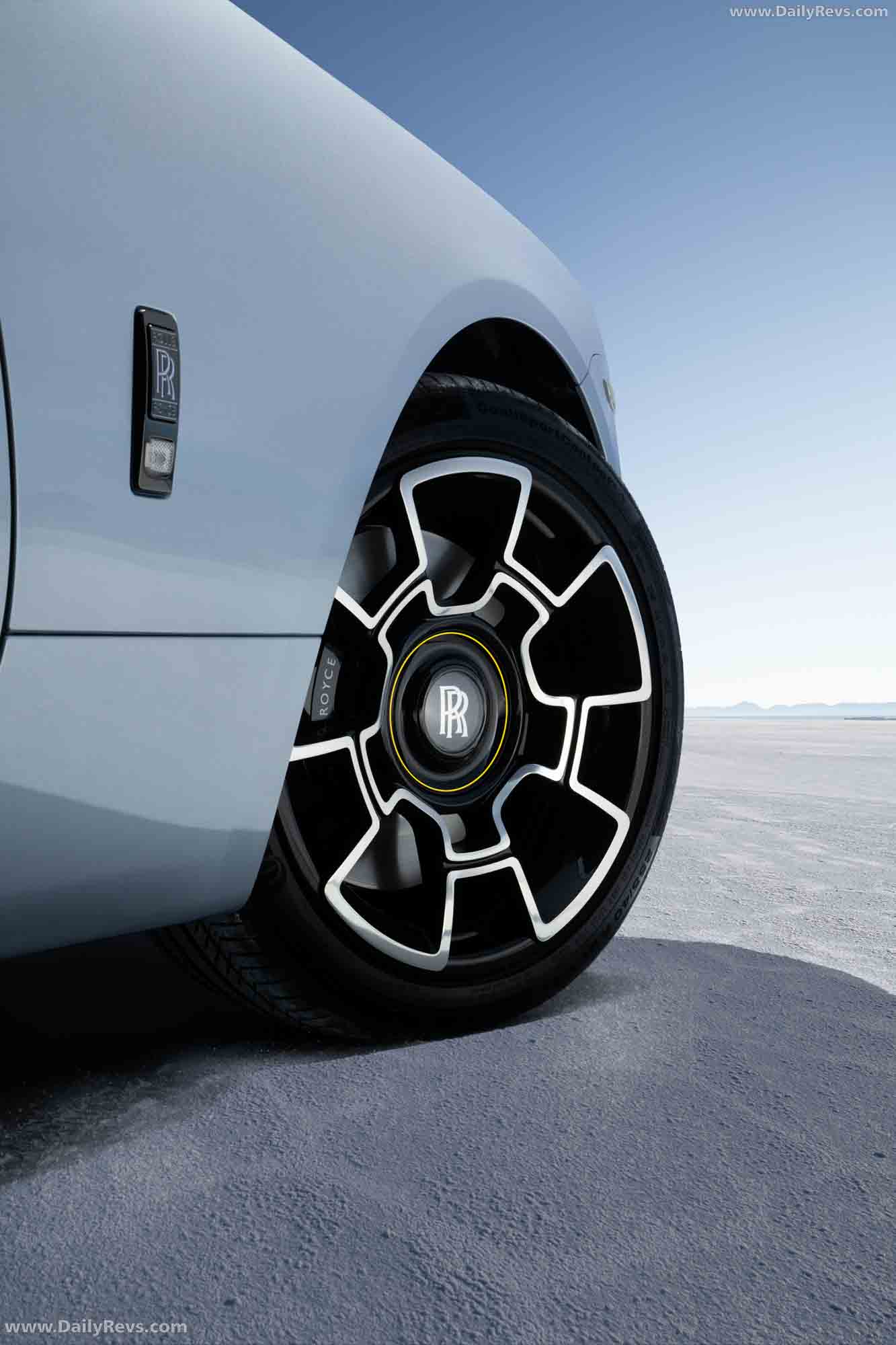 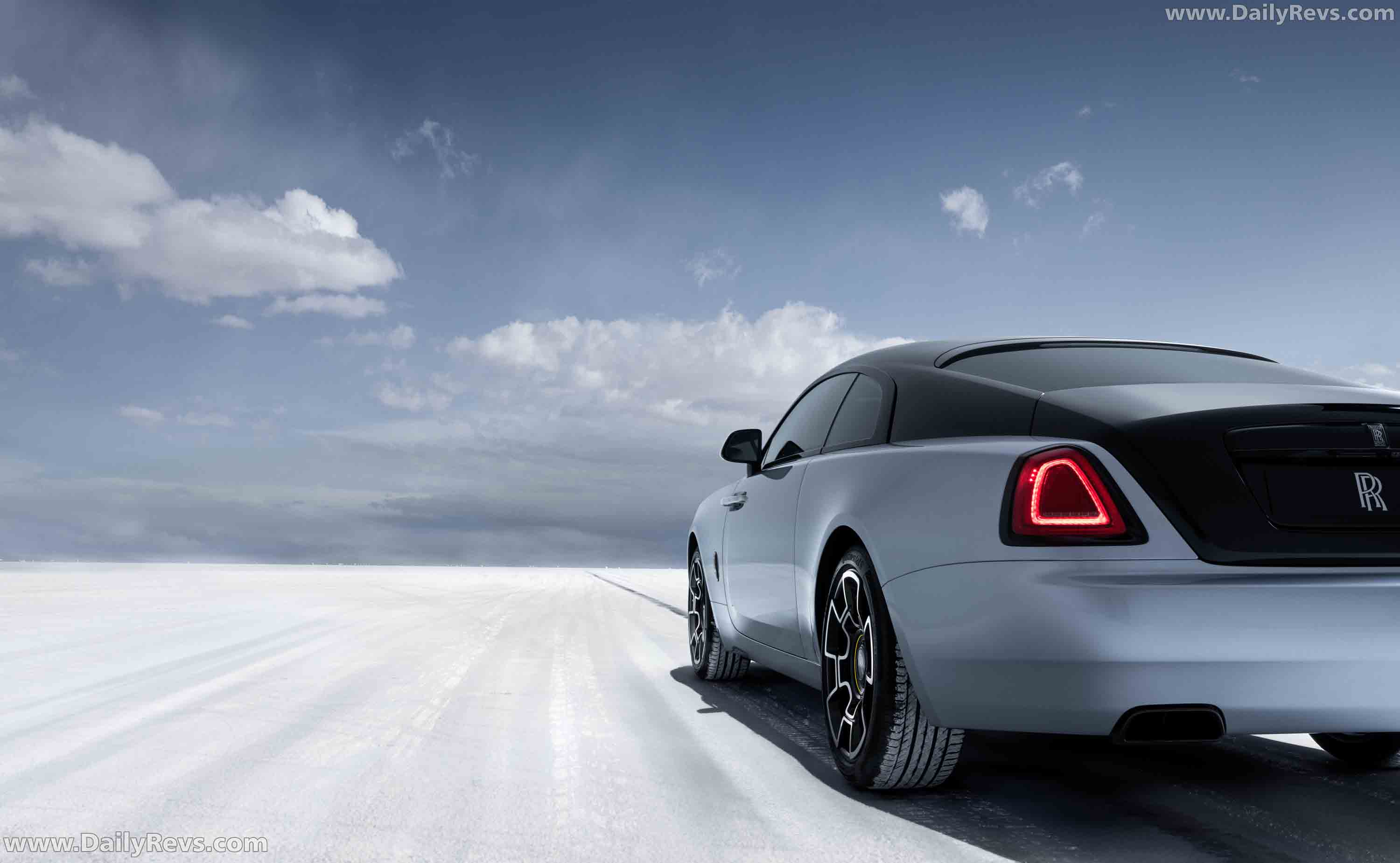 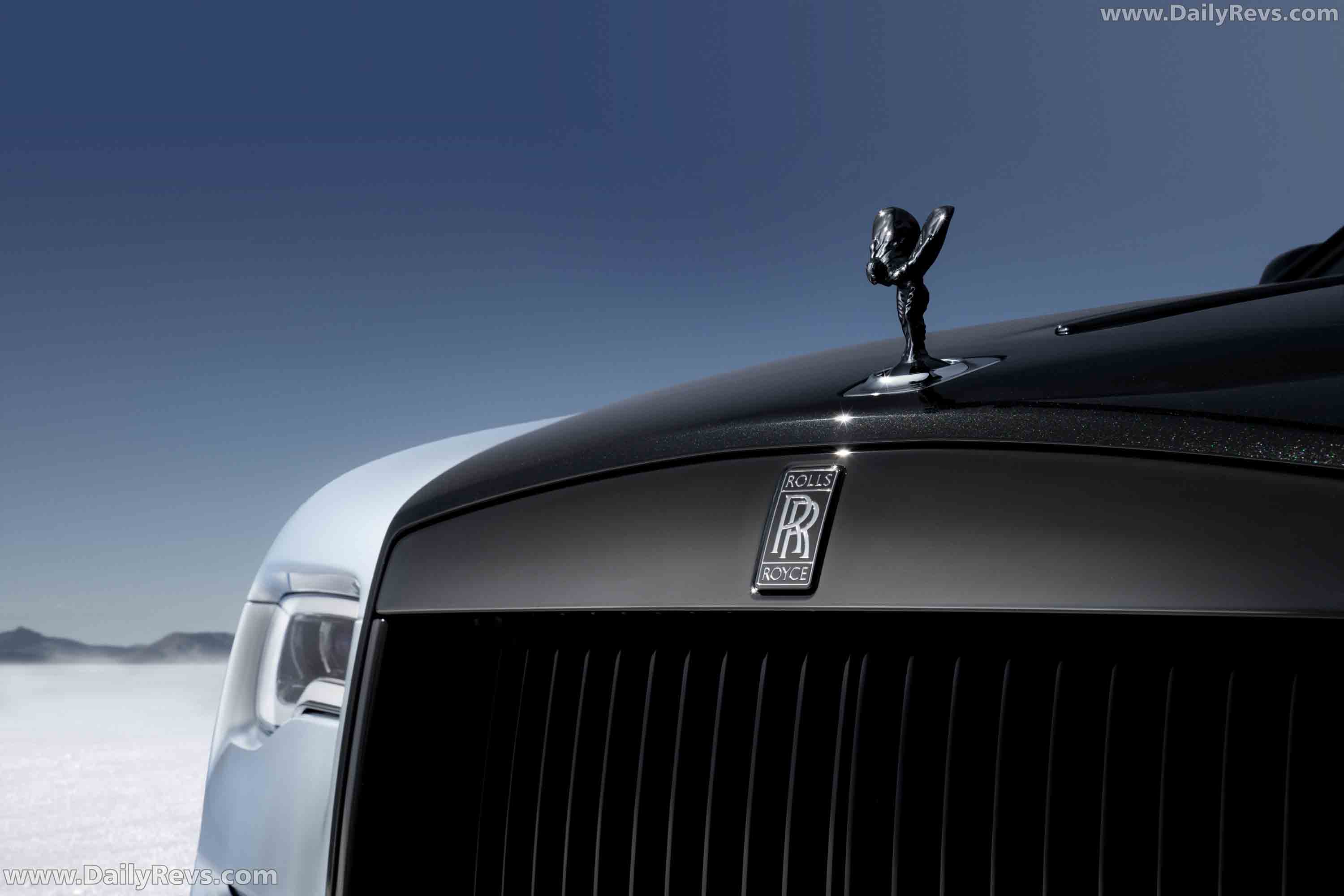 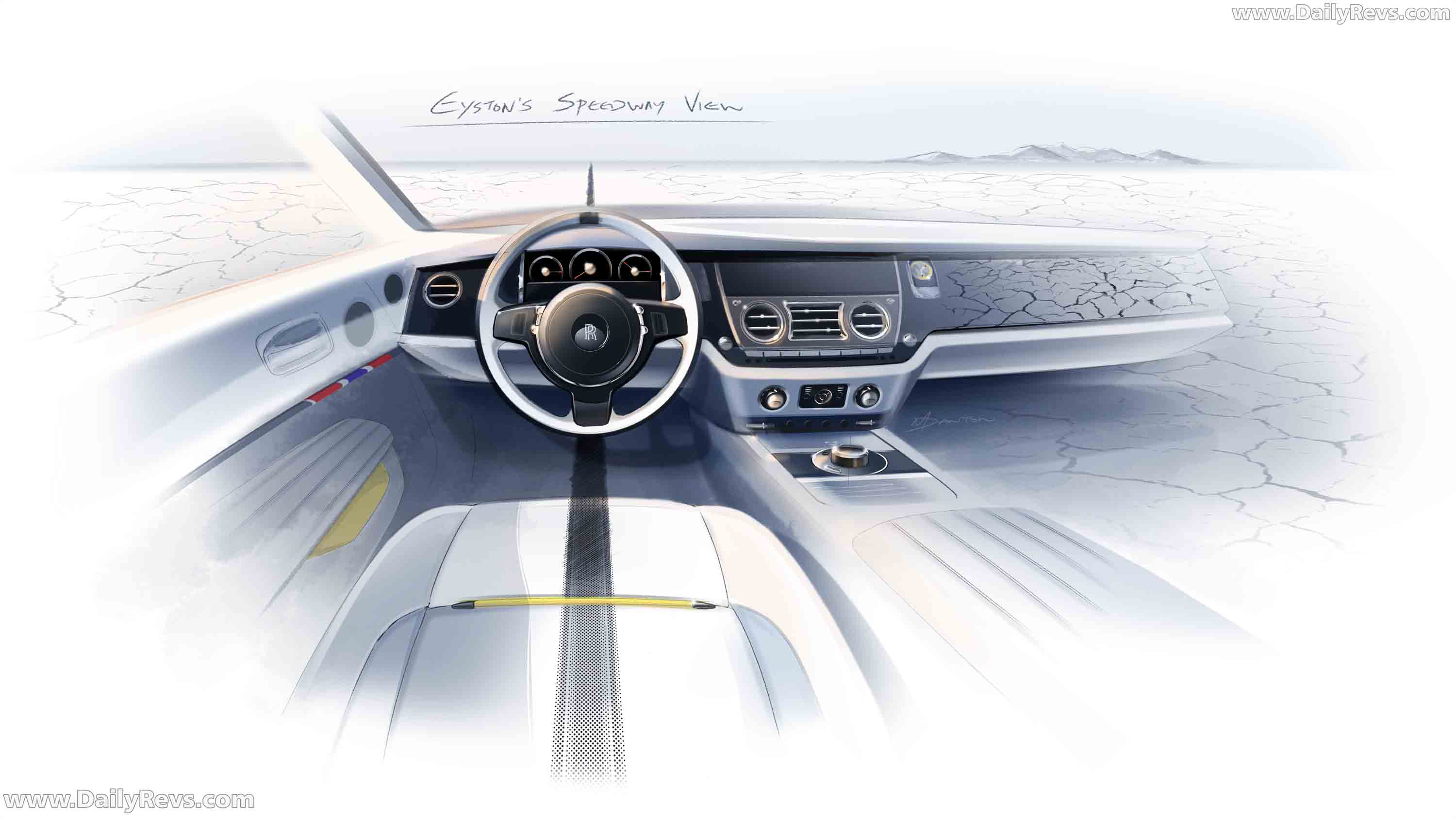 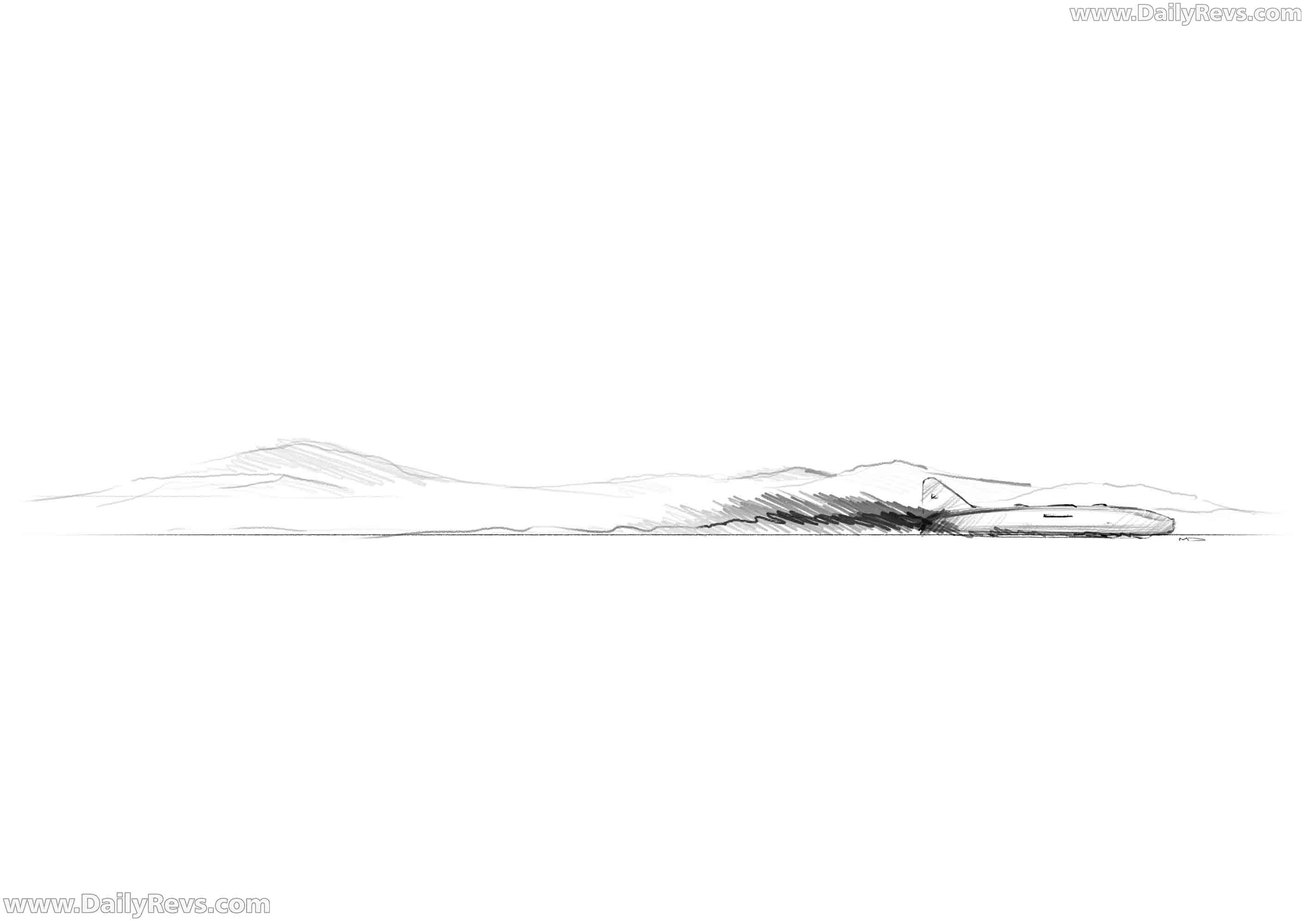 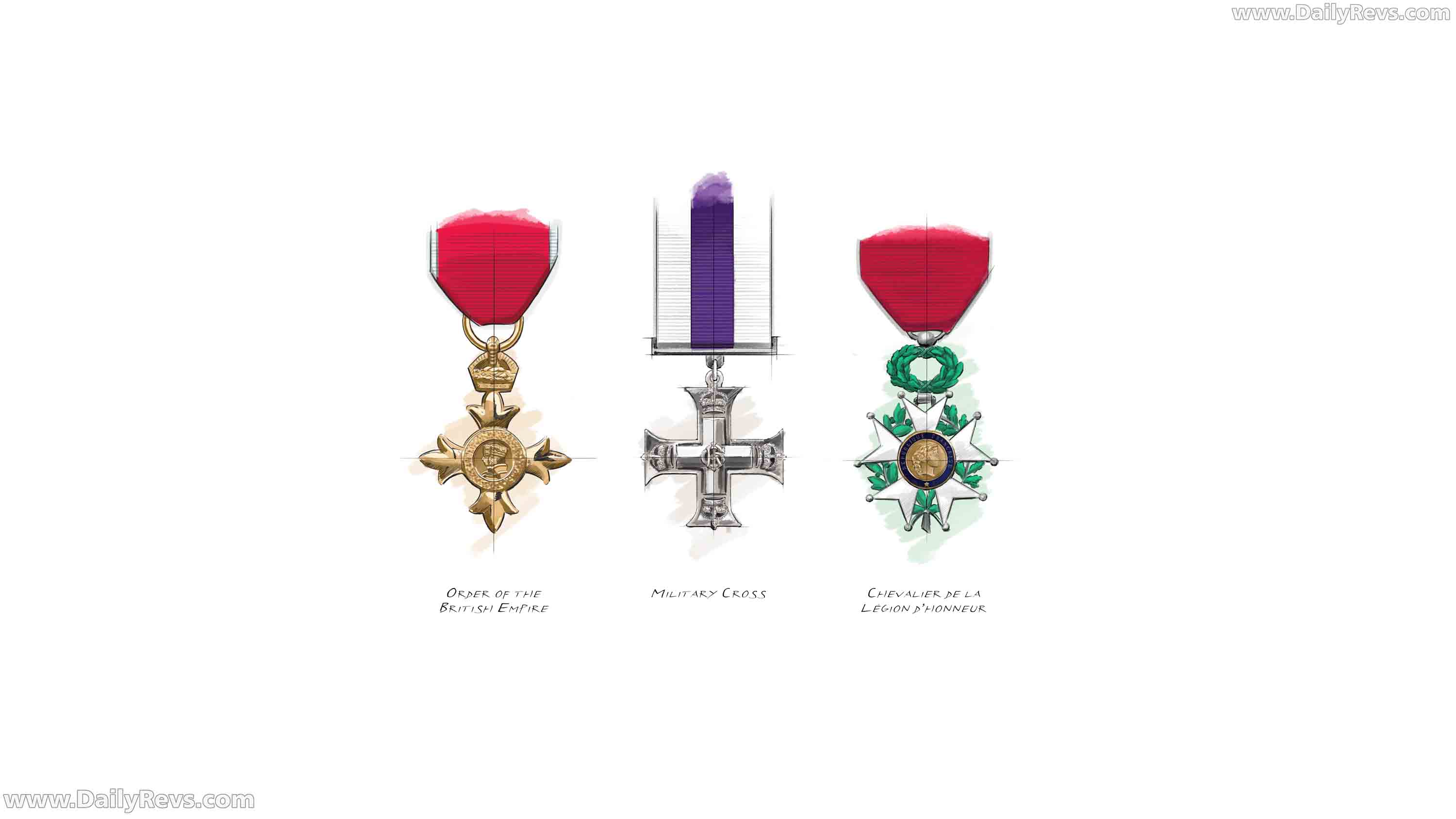 “It’s human nature to want to go further, do more, be greater than ourselves. The innate desire to extend horizons and define new limits is an instinct we’ve always understood at Rolls-Royce; and we have acted upon it once again with our new Landspeed Collection. You can find more visual details of the 2021 Rolls-Royce Wraith Landspeed Collection gallery by scrolling up. 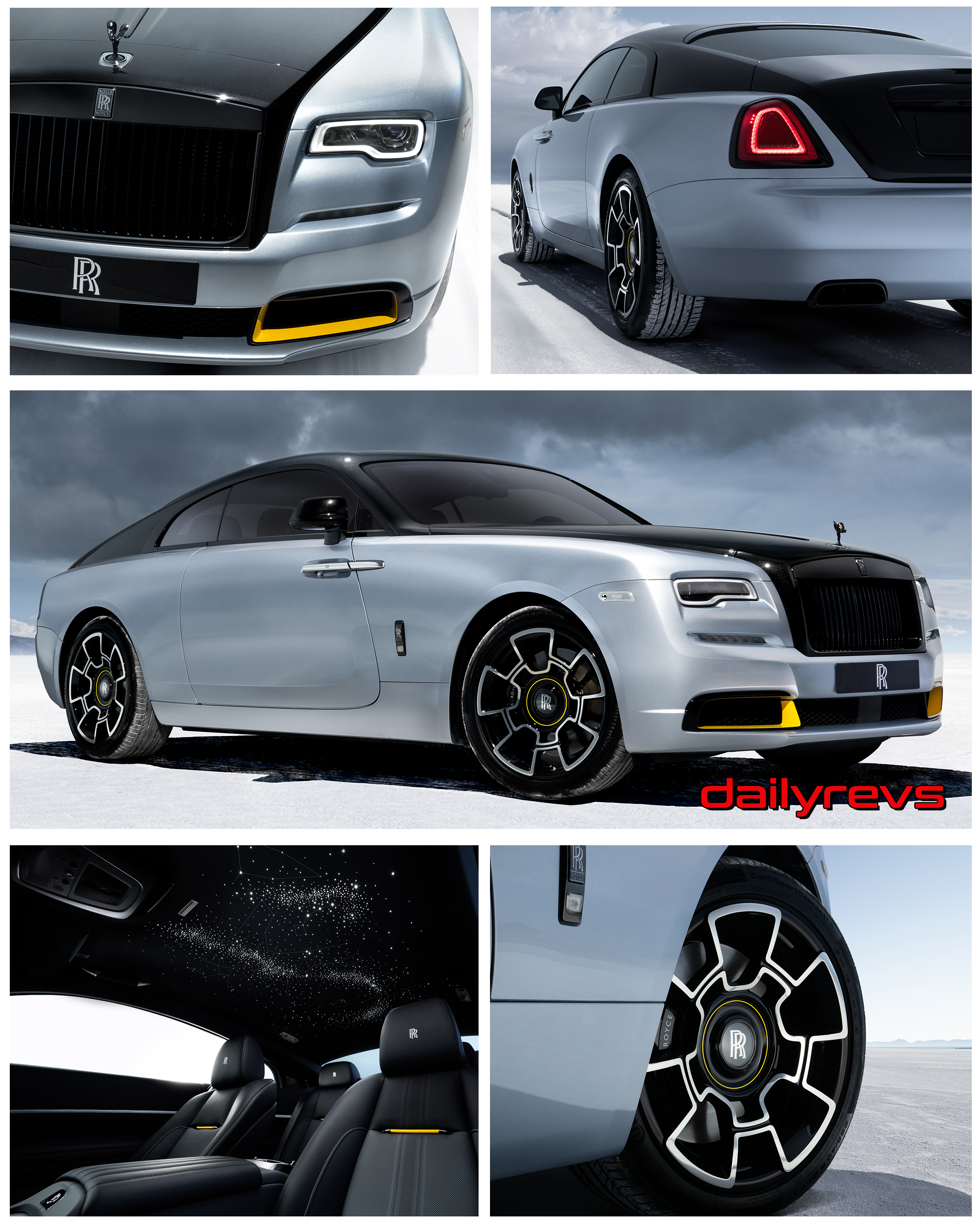 “The Collection, which includes both Wraith and Dawn Black Badge, celebrates someone with exactly that dauntless, fearless, pioneering spirit. His name was Captain George Eyston, a Cambridge University graduate, racing driver, gifted inventor and engineering genius. In the late 1930s, he broke the world land-speed record three times with his car Thunderbolt, powered by two Rolls-Royce R V12 aero engines. He was a true hero from an age of epic endeavours; yet both he and Thunderbolt have been all-but forgotten for more than 80 years.

Rolls-Royce has been associated with world speed records on both land and water for more than a century. But while the exploits of Sir Malcolm Campbell are well documented and widely known, another British hero who set three land-speed records using Rolls-Royce engines has been largely overlooked by history.

Now, after more than 80 years, Rolls-Royce recalls this hero’s inspiring exploits. With the new  Wraith and Dawn Black Badge Landspeed Collection, the marque uncovers and retells the remarkable story of the redoubtable Captain George Eyston, and his extraordinary car, Thunderbolt.

Born in 1897, George Eyston was fascinated with motorsport from childhood, racing both cars and (under an assumed name) motorcycles while still at school. His degree in engineering at Trinity College, Cambridge, was interrupted by the Great War, in which he served with distinction, rising to the rank of captain and winning the Military Cross. He spent the 1920s and 30s developing and driving racing cars; a talented inventor, he also held a number of patents, particularly in the field of supercharging.

In 1935, Eyston was among the first British racers to travel to the Bonneville Salt Flats in Utah, where he set new 24-hour and 48-hour endurance speed records. He subsequently received the Segrave Trophy, awarded to ‘the British national who demonstrates Outstanding Skill, Courage and Initiative on Land, Water and in the Air’.

In 1937, he returned to the Flats and went on to set three world land-speed records with Thunderbolt. This extraordinary machine had three axles, eight wheels and weighed seven tonnes, earning it monikers such as ‘behemoth’ and ‘leviathan’ in contemporary reports. The body was made from aluminium and, in its original form, had a blunt, heavyset profile topped with a large triangular tailfin.

The Rolls-Royce Landspeed Collection draws inspiration from George Eyston’s remarkable life and record-breaking feats. It also has strong aesthetic links to the unique, otherworldly landscape of the Bonneville Salt Flats where Thunderbolt made him, albeit briefly, the fastest man on Earth. The Collection Car duo is presented in a specially created two-tone finish, which marries Black Diamond Metallic with a new Bespoke colour, Bonneville Blue. This specially developed hue bears particular significance to the Collection, with a colour that transitions under sunlight from light blue to silver, illustrating the reflections of both the vast sky over Bonneville and the crisp salt flats on Thunderbolt’s aluminium body.

Thunderbolt was powered by a pair of Rolls-Royce R supercharged 37-litre, V-12 aero engines, each producing well over 2,000 horsepower. Around only 19 of these engines were ever made: indeed, they were so rare that Thunderbolt’s engines had a previous career in the Schneider Trophy-winning Supermarine S6.B seaplane that would lay the foundations for the legendary Spitfire.

Today, Thunderbolt’s two R engines are preserved at the Royal Air Force Museum, Hendon and the Science Museum in London. The car itself, however, has been lost. After being exhibited at the 1940 Centennial Exhibition in New Zealand, it was placed in storage, but was sadly destroyed in 1946 when 27,000 bales of wool, housed in the same building, caught fire.

Eyston set his records on the International Speedway, a specially compacted section of the Bonneville Salt Flats 10 miles (16km) long and 80 feet (24m) wide. The terrain is perfectly level in all directions and shines brilliant white in the sunlight: the absence of landmarks and ferocious glare combines to make holding course and judging distance extremely difficult at high speed.

George Eyston himself, commented, “On the salt bed, which has to be carefully prepared by dragging, we paint one or more black lines along the whole length. These lines act as guides and prevent the driver straying; for errors of a few feet in steering might culminate in disastrous results. You see, you might drive a few feet away from the absolute line, something else might happen and you get a few feet more and, believe me, you will never get back”.

As he recognised, deviating from the speedway would have been extremely hazardous, particularly given Thunderbolt’s enormous weight. In response, Eyston’s team painted darkened track lines on the salt surface for Eyston to follow – effectively his sole means of keeping Thunderbolt straight at over 350 mph.

This simple yet ingenious idea is recalled in the Landspeed Collection by a subtly perforated dark detail in the upper-centre of the steering wheel, which continues through the centre-line of the driver’s seat, accentuating both Wraith and Dawn’s driver focused appeal.

The Bonneville Salt Flats may appear smooth; but in fact, they’re seamed with tiny fissures. This distinctive texture is perfectly reproduced, digitally retraced from the surface itself, in the wooden veneer of Landspeed Collection’s fascia and console lids. The interior references continue with Thunderbolt’s unique silhouette, and the records it achieved, depicted on the polished, anodised aluminium surface of the Landspeed Collection’s front tunnel. Dawn Landspeed additionally celebrates George Eyston’s vision with the outline of the Silver Island mountains, which dominate the Bonneville horizon, engraved on the upper ‘waterfall’ between the rear seats.

According to the history books, Eyston’s third and final land-speed record of 357.497 mph stood for 341 days. In the new Collection Cars, it is commemorated for all time, engraved into the housing of the dashboard clock alongside the name ‘Bonneville’, in homage to where the record was set.

Thunderbolt was originally left unpainted, which caused an unexpected problem. During the first record attempts, the photo-electric timing equipment was unable to detect the polished aluminium body against the searing white of the Salt Flats’ surface, making accurate timing impossible. Eyston’s brilliantly simple solution was to paint a large black arrow with a yellow circle on the side, to heighten visibility when travelling at great speed. Bright yellow accents throughout the Landspeed Collection, including two-tone yellow and black bumper inserts, pay tribute to this vision.

The clock’s design recounts this theme. Based on the instrument dials from Thunderbolt, with yellow and black details, black-tipped hands are inspired by the arrows painted on the original car’s exterior.

The allure of the Bonneville Salt Flats draws not only record-breakers, but astronomers, too. Stargazers prize this vast, unpopulated wilderness for its exceptionally dark night skies, which create perfect conditions unspoiled by artificial light.

In Wraith Landspeed, the Starlight Headliner perfectly recreates the heavens as they appeared over the Flats on 16 September 1938, the date on which Eyston and Thunderbolt set their third and final world land-speed record. The constellations are precisely marked using 2,117 individually placed fibre-optic ‘stars’, the largest number of stars in a Rolls-Royce Wraith Starlight Headliner ever featured.

During his lifetime, George Eyston received three significant honours. He was awarded the Military Cross (MC) while serving in the Great War; in 1938, after his record-breaking runs with Thunderbolt he was made a Chevalier of the Légion d’honneur, France’s highest civilian decoration; and in 1948, he received the Order of the British Empire (OBE).

These honours are marked in both Wraith and Dawn Landspeed with a subtle detail in the driver’s door, made in the same Grosgrain weave silk and colours to match the original medal ribbons. The armrests on both the passenger side and below the ribbon detail are specially padded to give them the comfortable ‘club armchair’ quality that Eyston favoured in his driving seats, much to the amusement of his fellow racers.

Production of Landspeed Collection cars is strictly limited to just 25 examples of Dawn and 35 of Wraith, all of which have already been allocated to customers.

In closing, Mr Müller-Ötvös said, “Rolls-Royce has been synonymous with adventure, daring and pushing boundaries throughout its history. We are delighted that with the Landspeed Collection, we can add another hitherto unsung hero to the illustrious roll call of pioneers associated with our great marque. With his vision, boldness, determination and genius for innovation and invention, George Eyston embodies so much of what makes Rolls-Royce unique. These cars are a fitting and long overdue tribute to a truly inspiring character.” 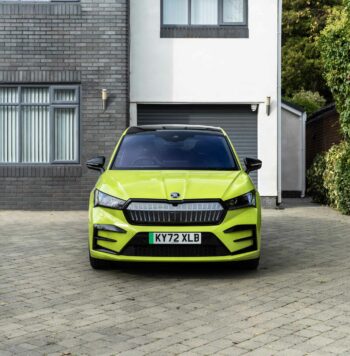 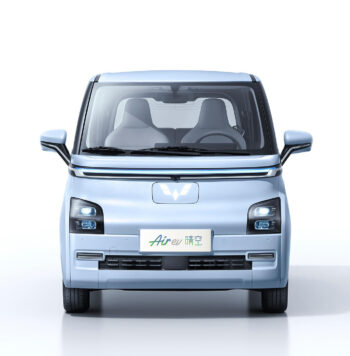 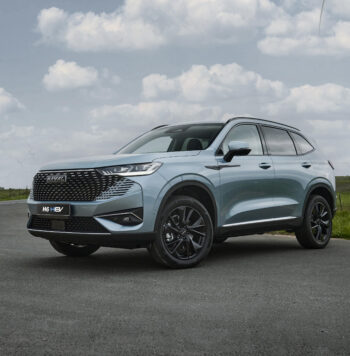