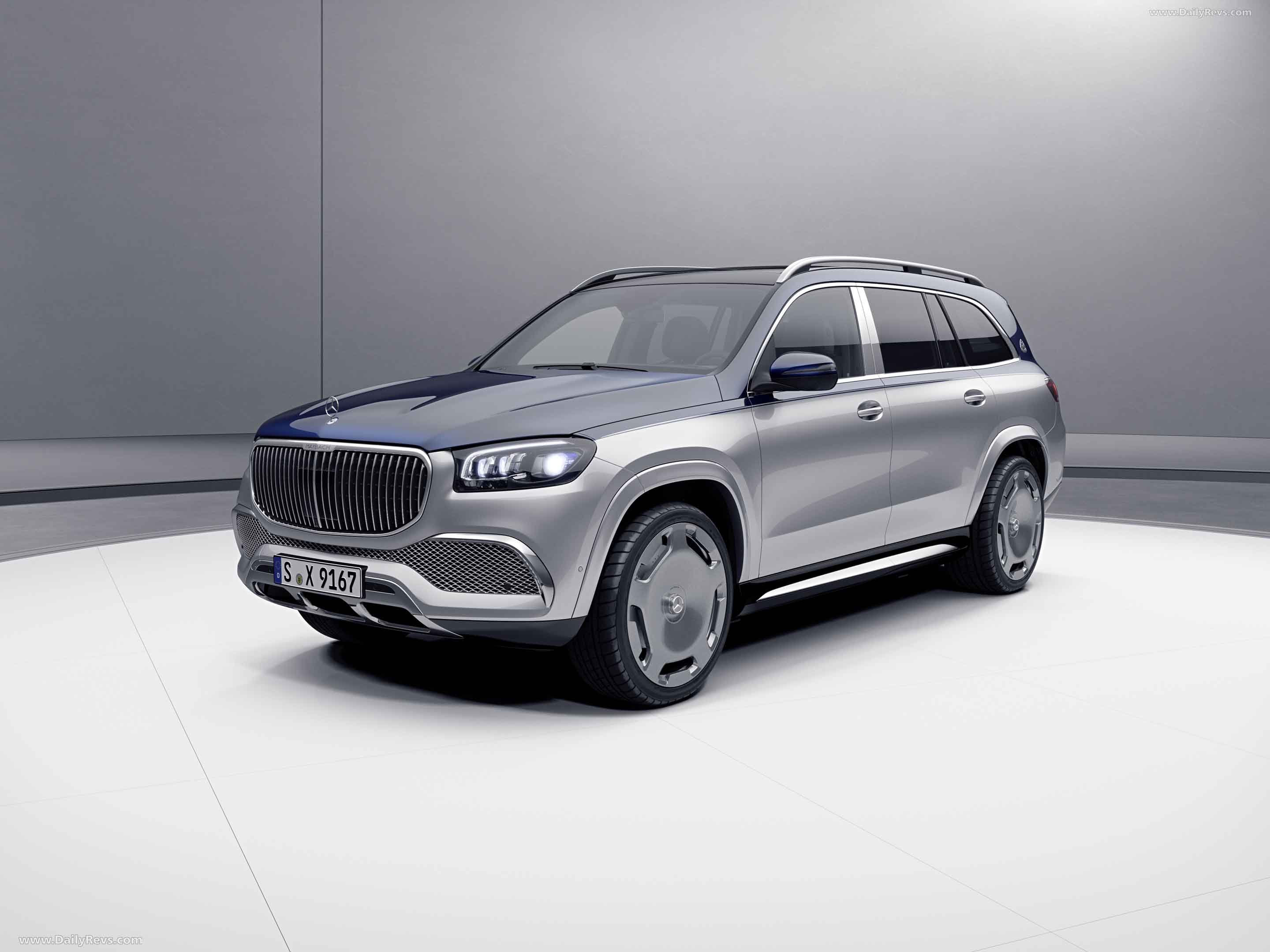 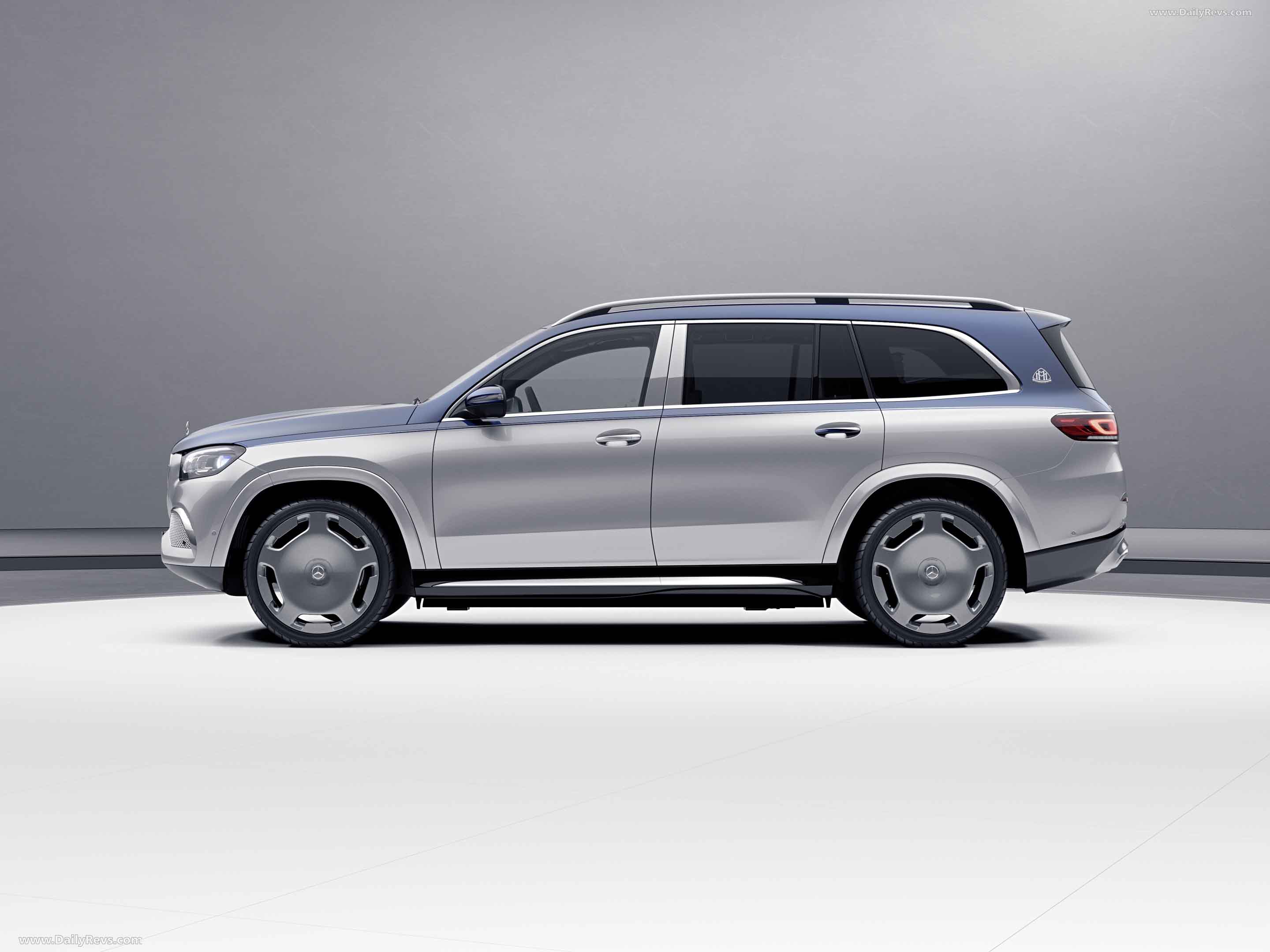 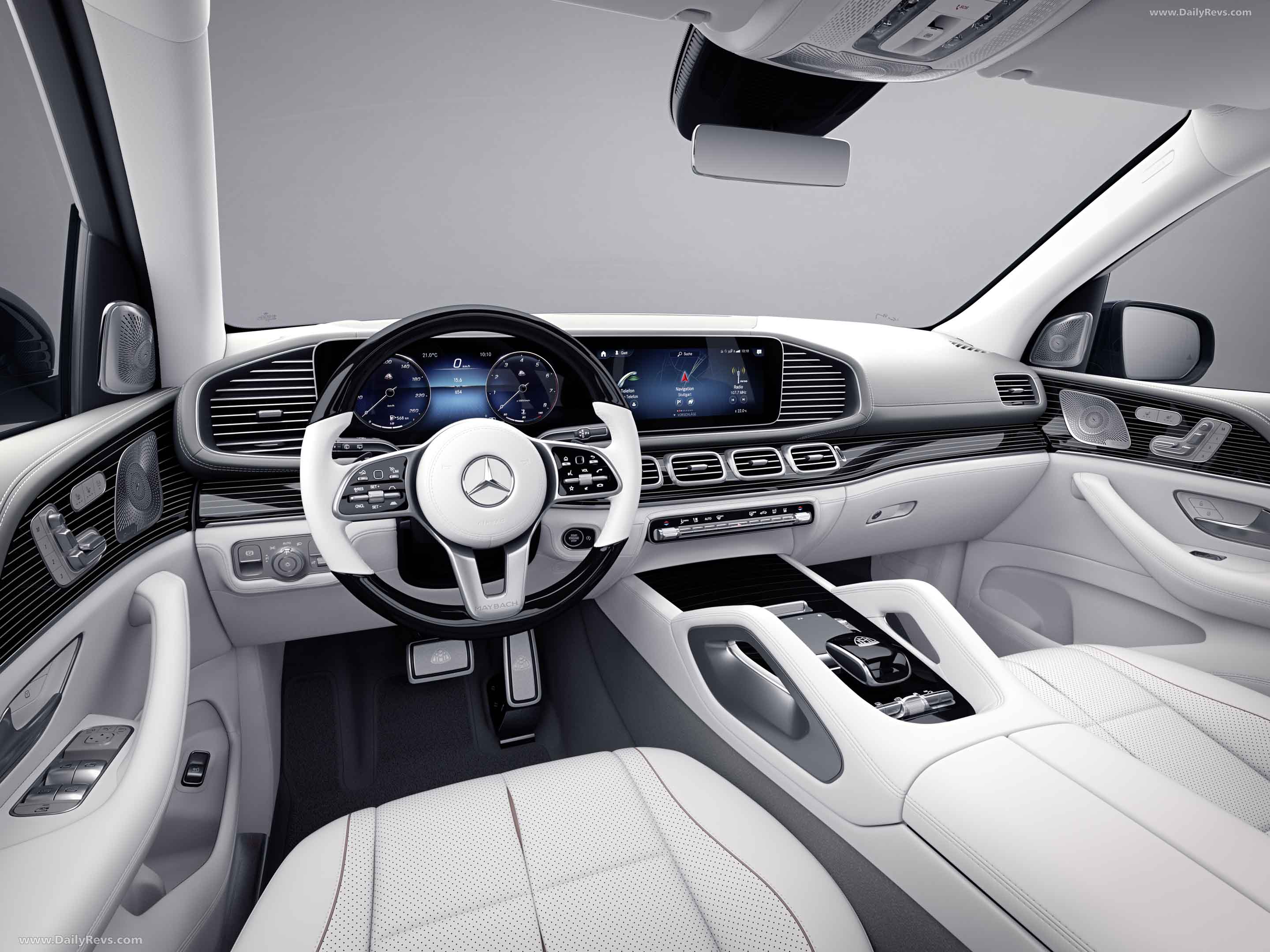 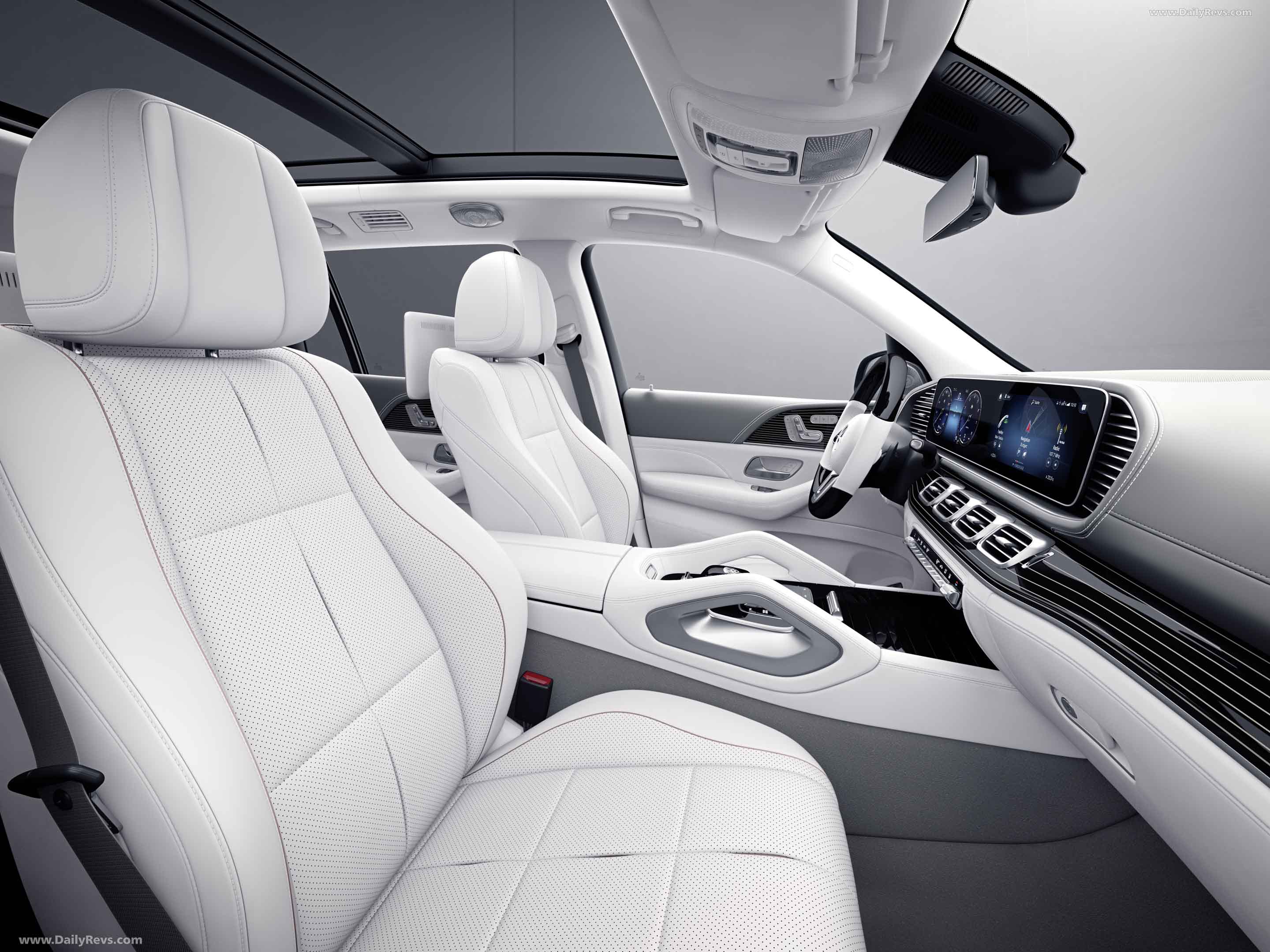 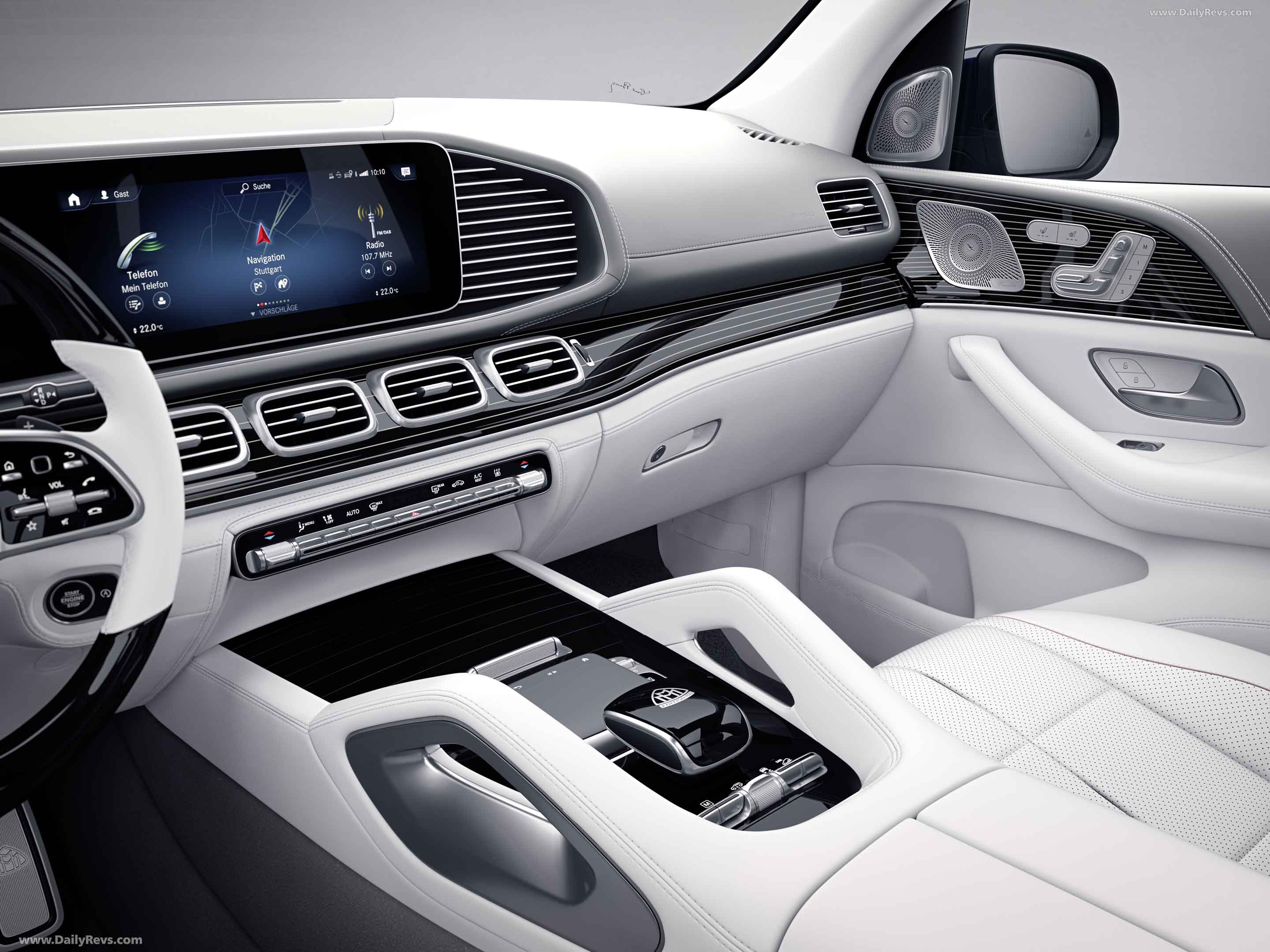 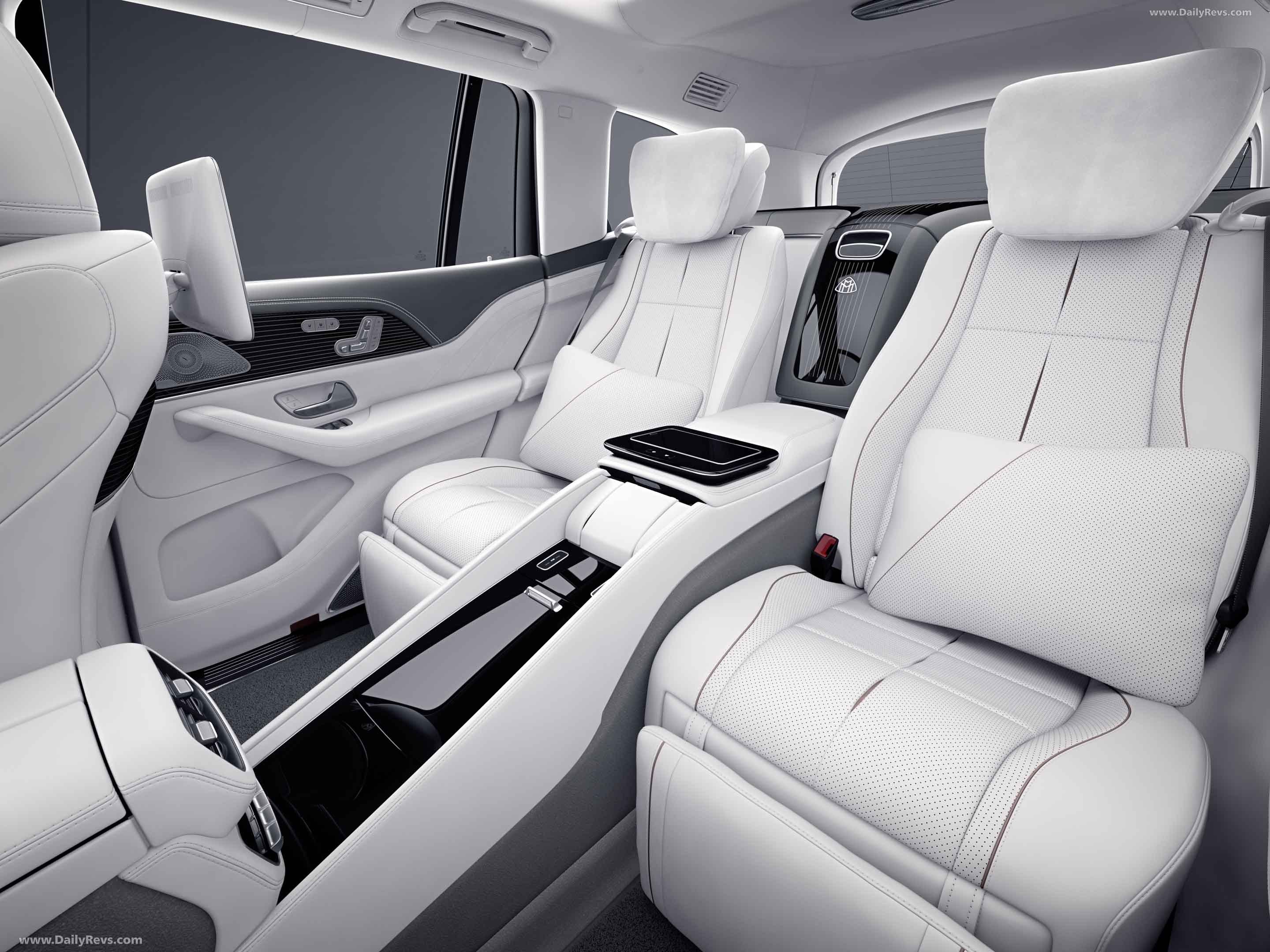 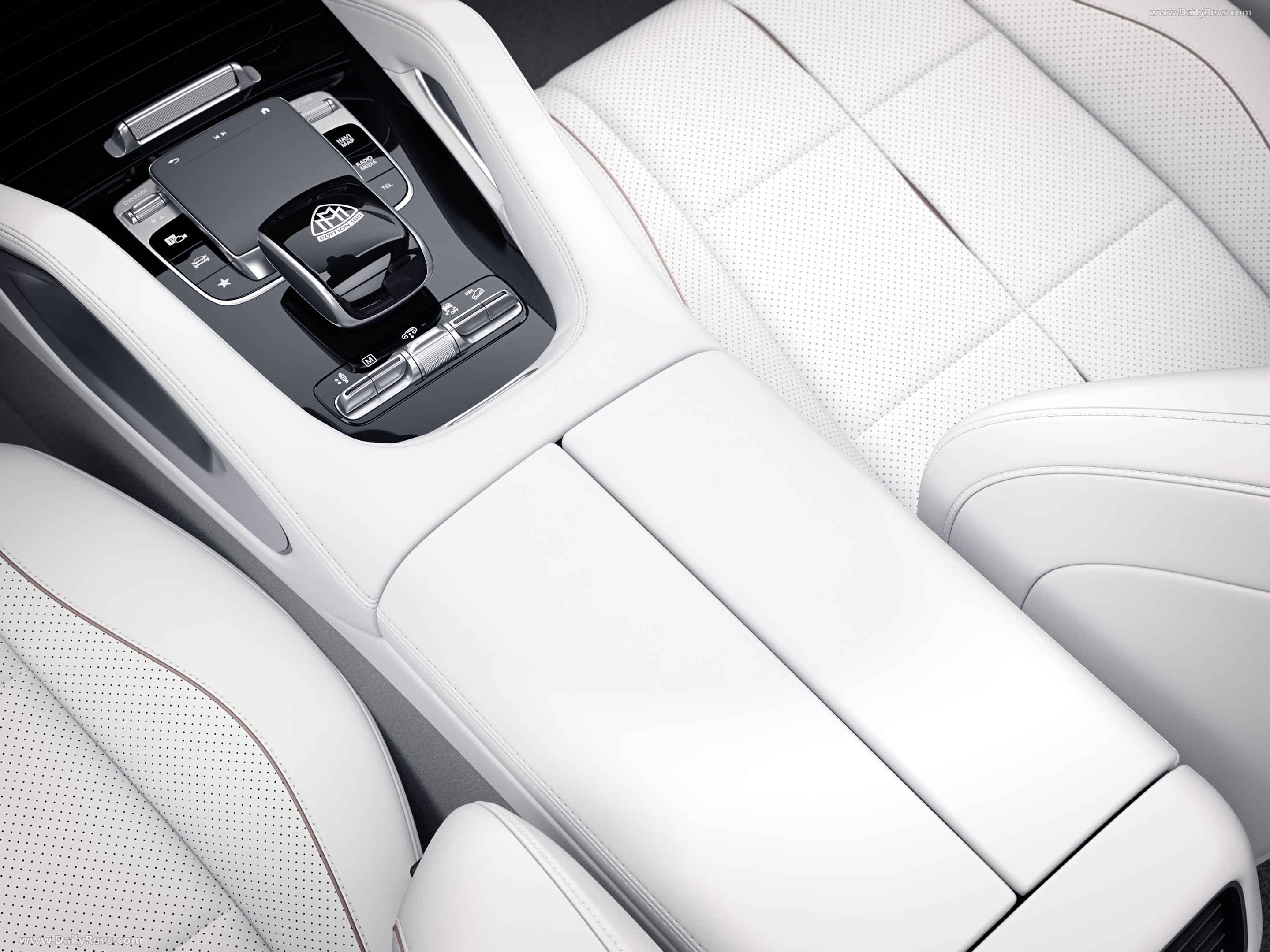 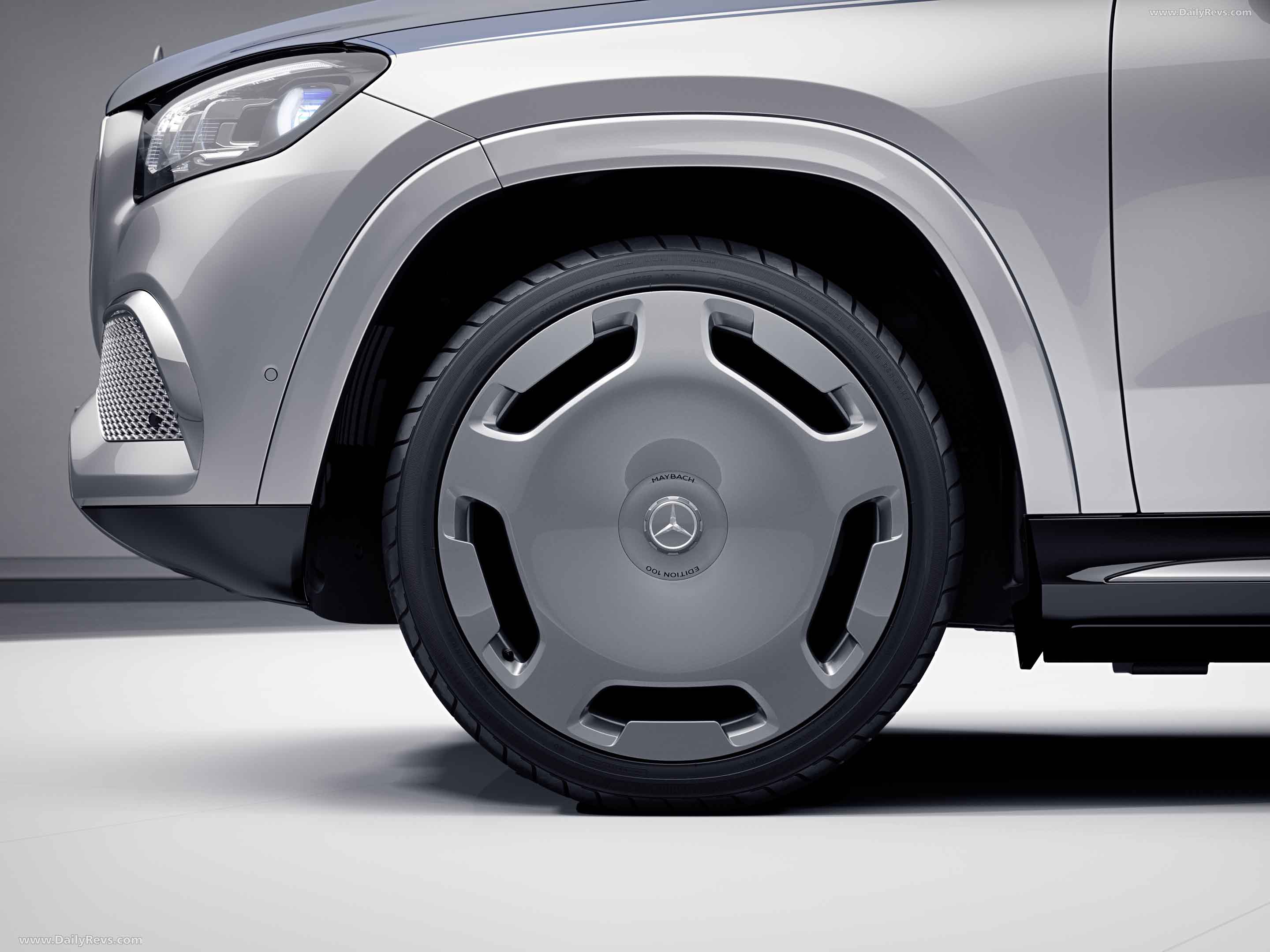 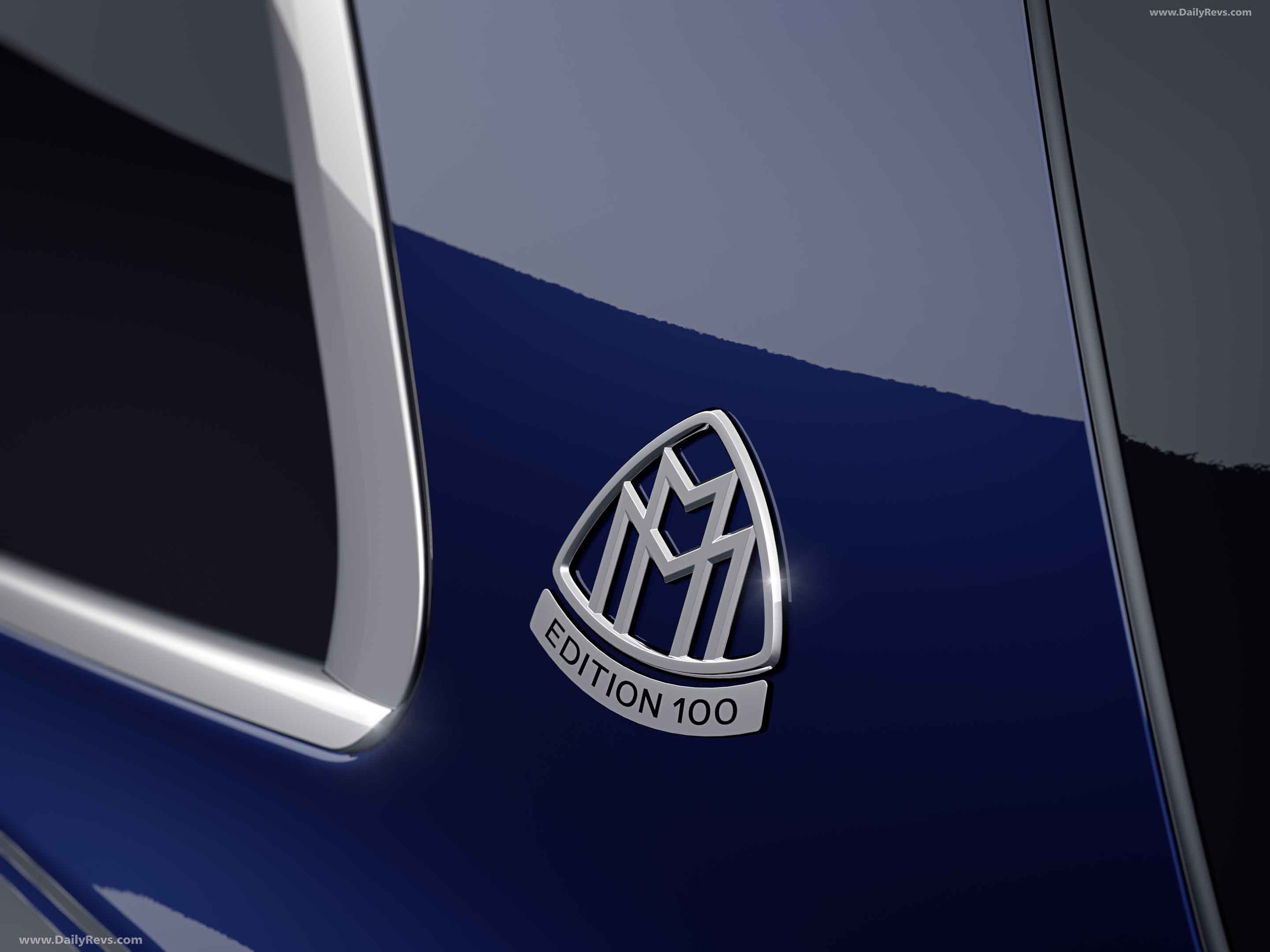 “What is good must also be beautiful.” This was the credo of Wilhelm and Karl Maybach at the beginning of the 20th century. Father and son were regarded as gifted designers, trailblazers of automotive luxury and pioneers in matters of style. With a simple-sounding formula, they created highly complex things: perfection and craftsmanship paired with innovation, both technically and in terms of workmanship. This is what the name Maybach stands for to this day. The Mercedes-Maybach brand continues to develop, with more models – soon also electric. At the IAA Mobility 2021 in Munich, Mercedes-Maybach presented the “Concept EQS” and thus gave a preview of the first fully electric series model from 2023. The SUV will be based on the modular architecture for luxury – and premium-class electric vehicles from Mercedes-Benz. Mercedes-Maybach is presenting the “Edition 100” to mark its 100th anniversary. A special edition of the current S-Class and GLS models, each limited to 100 units. The special series can be ordered from the fourth quarter of 2021. You can find more visual details of the 2021 Mercedes-Maybach GLS 600 Edition 100 gallery by scrolling up.

Wilhelm Maybach, born in 1846, was a close companion of Gottlieb Daimler and initially worked for Daimler-Motoren-Gesellschaft. Among many innovations, he developed the first Mercedes, which dominated the Nice Race Week in 1901. This success earned him the honorary name “Roi des Constructeurs” – King of the Constructors. He and his eldest son Karl combined progress with form: They wanted to create “the best of the best”. “I think about it around the clock, a constant impulse: the perfection of the technology,” said Wilhelm. 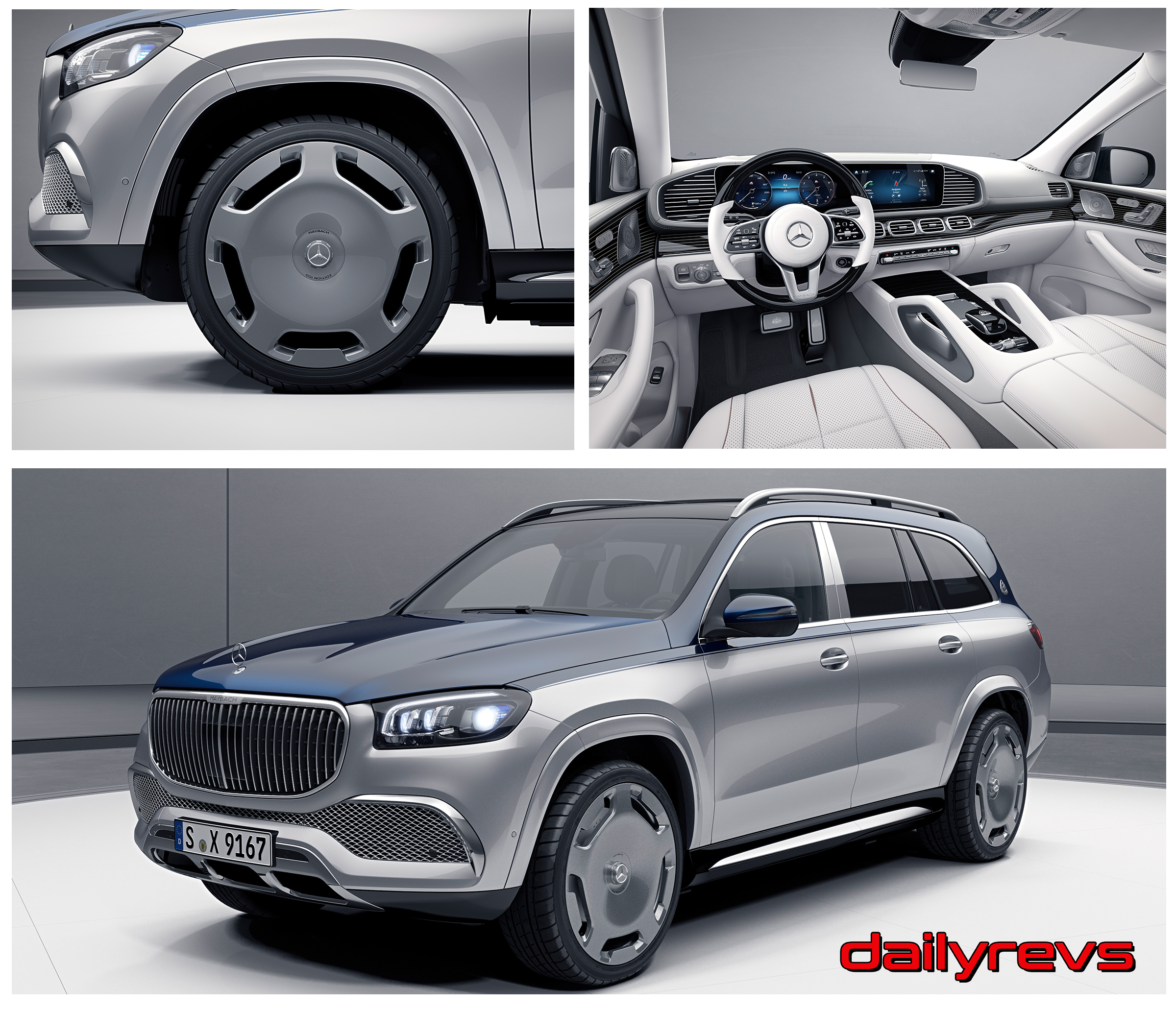 Maybach Motorenbau GmbH presented the first mass-produced car at the motor show in Berlin in September 1921. The W 3 model resembled a moving work of art: the first German production car with four-wheel brakes, epicyclic gear system and an interior with the finest materials. The audience was thrilled, a legend was born. The magazine “Motor” wrote: “A new star in the automotive firmament is beginning to shine.”

In the 1920s and 1930s, Maybach became an expression of character and social position, and the epitome of technical and craftsmanship refinement – in short, custom-made luxury. From then on, kings, industrialists and artists were chauffeured in the stately limousines and majestic Pullman saloons, and travelled the world in chic coupés, cabriolets and roadsters. Every Maybach model is uniquely equipped. Precision meets glamour. An Indian maharajah even had his limousine decorated with gold and rubies in 1928.

After the death of Karl Maybach in 1960, Daimler-Benz AG took over Maybach Motorenbau GmbH In 2002, MAYBACH was revived as an independent brand: until the beginning of 2013, legendary vehicles like the Maybach 57 and Maybach 62 as well as the Maybach 62 Landaulet were delivered to customers all over the world. Again, automotive excellence was the driving force for engineers, designers and customers alike.

Mercedes-Maybach has been a Mercedes-Benz brand since 2014. In addition to the standard Mercedes-Maybach S-Class and GLS models, the brand is also launching the S 600 Pullman as well as limited-edition special models such as the S 650 Cabriolet or a G 650 Landaulet. The core markets are China, Russia, South Korea, the USA and Germany.

Each model follows the brand’s tradition of creating the “best of the best” and is made in consultation with customers at the Center of Excellence in Sindelfingen near Stuttgart. On request, the vehicles can also be individualised with attention to detail by the specialists in the Mercedes-Maybach Manufaktur programme: craftsmanship and perfection at the highest level.

“It’s about the passionate combination of every detail, no matter how small, that makes a luxury car a Maybach – all in combination with state-of-the-art technology from Mercedes-Benz. Every Mercedes-Maybach stands for Sophisticated Luxury in all its facets – for our customers who are looking for something very special,” says Philipp Schiemer, Head of Top End Vehicle Group Mercedes-Benz AG and CEO Mercedes-AMG GmbH.

You can find more visual details of the 2021 Mercedes-Maybach GLS 600 Edition 100 gallery by scrolling up.

To mark its centennial, the brand continues its journey towards maximum individuality, independence and comfort with two high-tech models.

The top-class GLS SUV with a V8 engine and 557 hp (NEDC combined fuel consumption: 12.0 l/100 km | combined CO2 emissions: 275 g/km)[1] combines a sporty appearance with the luxury of a saloon: it is 33 centimetres higher than the classic saloon, offers a uniquely generous interior with 1.10 metres of legroom and air suspension. The interior is soundproofed and adorned with the finest leather. Electrically extendable running boards ensure maximum comfort when getting in and out.

The Mercedes-Maybach S-Class luxury saloon with a V12 engine and 612 hp (NEDC combined fuel consumption: 14.1-13.3 l/100 km | combined CO2 emissions: 322-305 g/km)1 is the perfect chauffeur-driven saloon. Equipment highlights include the noise-insulated first-class rear compartment with Burmester 4D surround sound system, heat and massage functions for the seats and high-tech screens for infotainment. Compared to the long-wheelbase version of the S-Class, the model has an 18 centimetre longer wheelbase and is equipped with all-wheel drive for the first time.

Both models are now being celebrated in the most beautiful way in a refined “Edition 100” limited to 100 units each: characteristic Maybach hallmarks such as the impressive radiator grille bear the brand emblem. The S-Class and GLS are hand-painted in the same two tones – high-tech silver/nautical blue – and feature a special design of leather interior in designo crystal white/silver grey pearl.

The brand logo including the inscription “Edition 100” adorns the C-pillar (S-Class) or D-pillar (GLS), various stowage compartments and the illuminated panels in the interior. The “Edition 100” lettering also adorns the hub caps. The forged wheels of the GLS and the wheels of the S-Class also shine in a new grey finish.

A car cover with the iconic double M as well as a fine handmade case made of soft crystal white or black leather in file size – made to store keys and papers – further underline the exclusivity of the edition. In keeping with the anniversary edition, Mercedes-Maybach’s long-standing partners are also designing strictly limited special series: Licensing partner Maybach Icons of Luxury, for example, offers a diamond-studded fountain pen from the Maybach the Peak collection; the silver and yacht manufacturer Robbe & Berking offers a champagne flute with a specially created engraving.

You can find more visual details of the 2021 Mercedes-Maybach GLS 600 Edition 100 gallery by scrolling up.

The “Edition 100” will be available at dealers in the first markets from the beginning of 2022, with other markets following in the course of the year. Orders for the limited special series will be accepted from the fourth quarter of 2021.