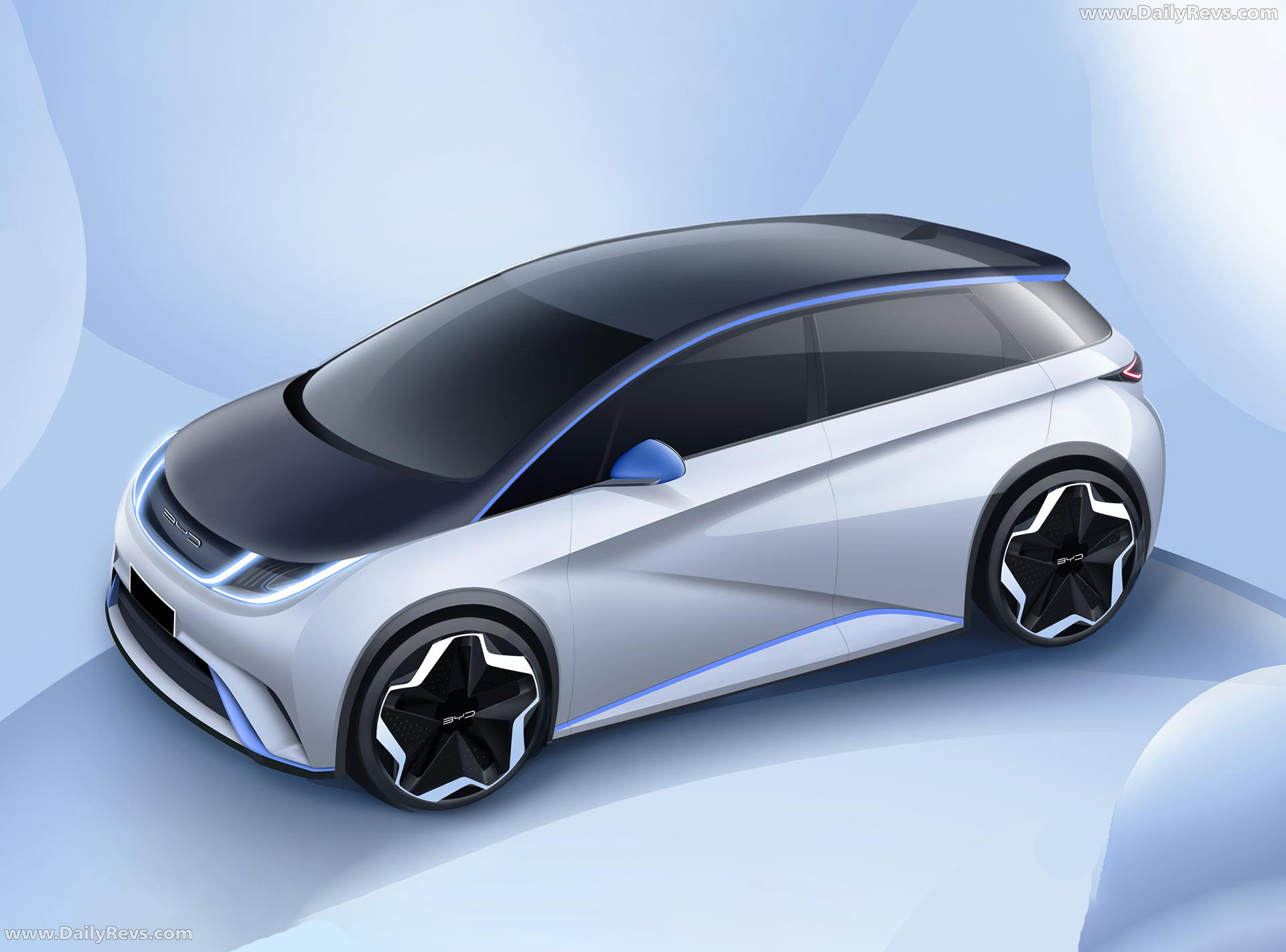 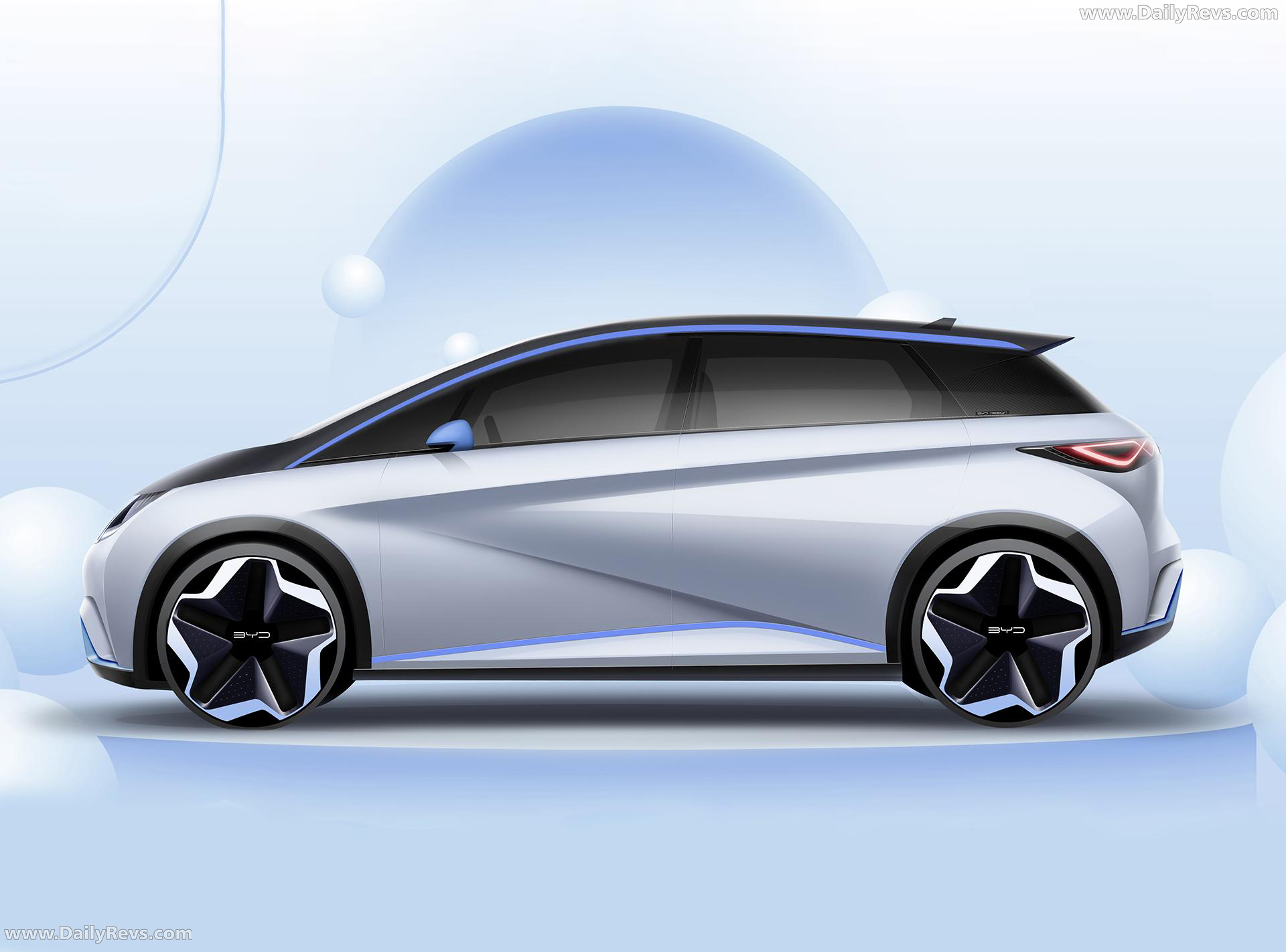 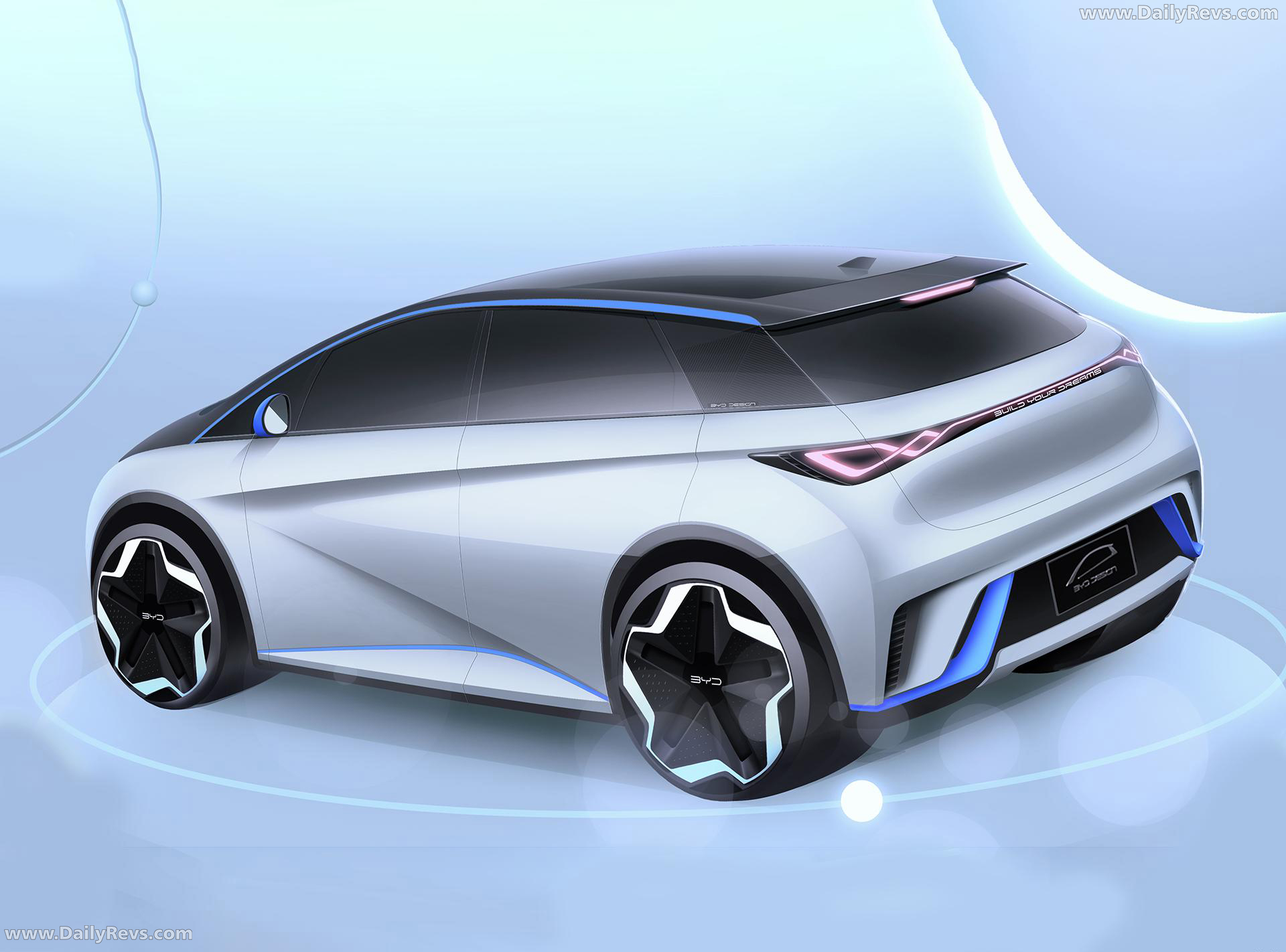 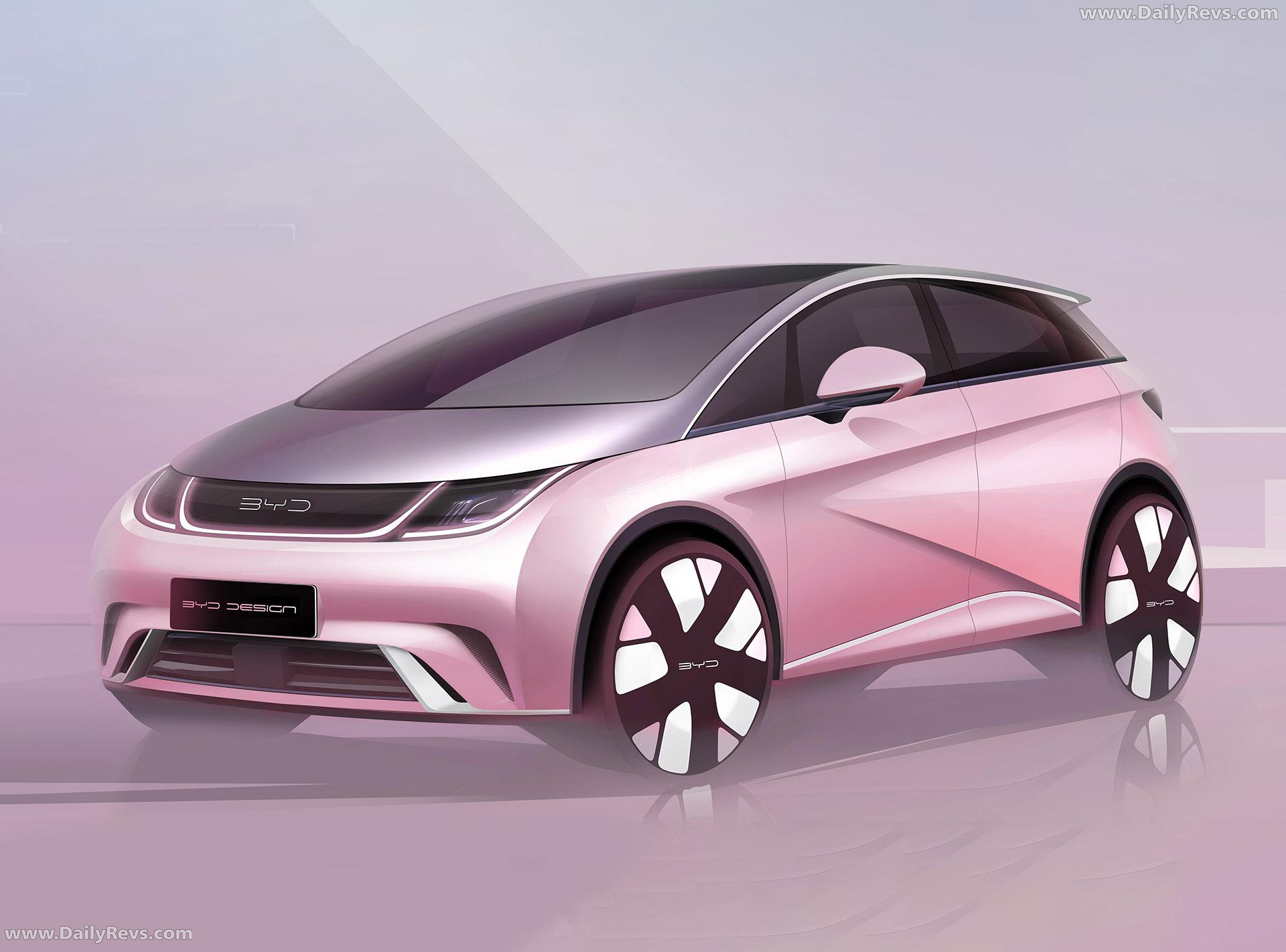 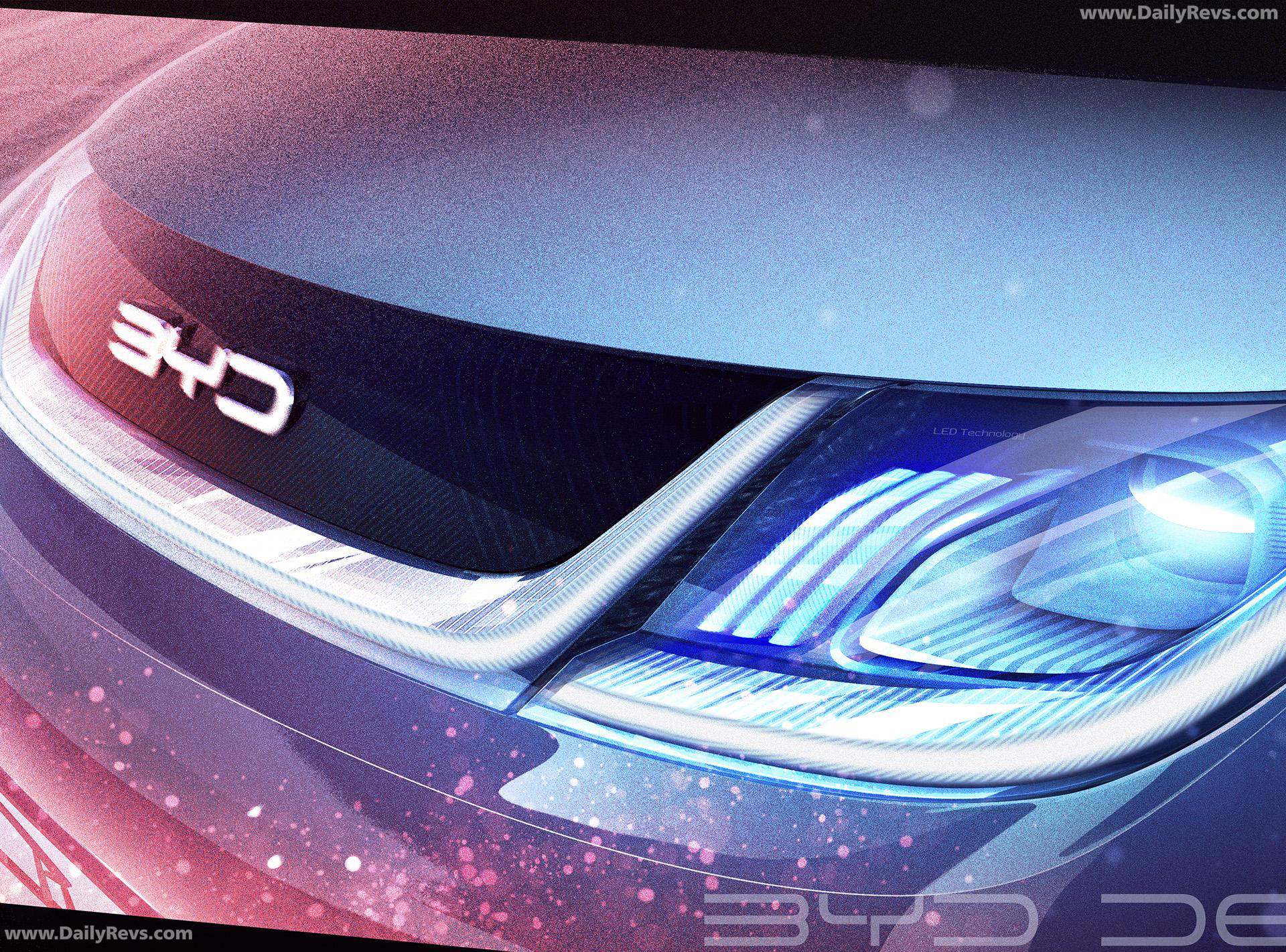 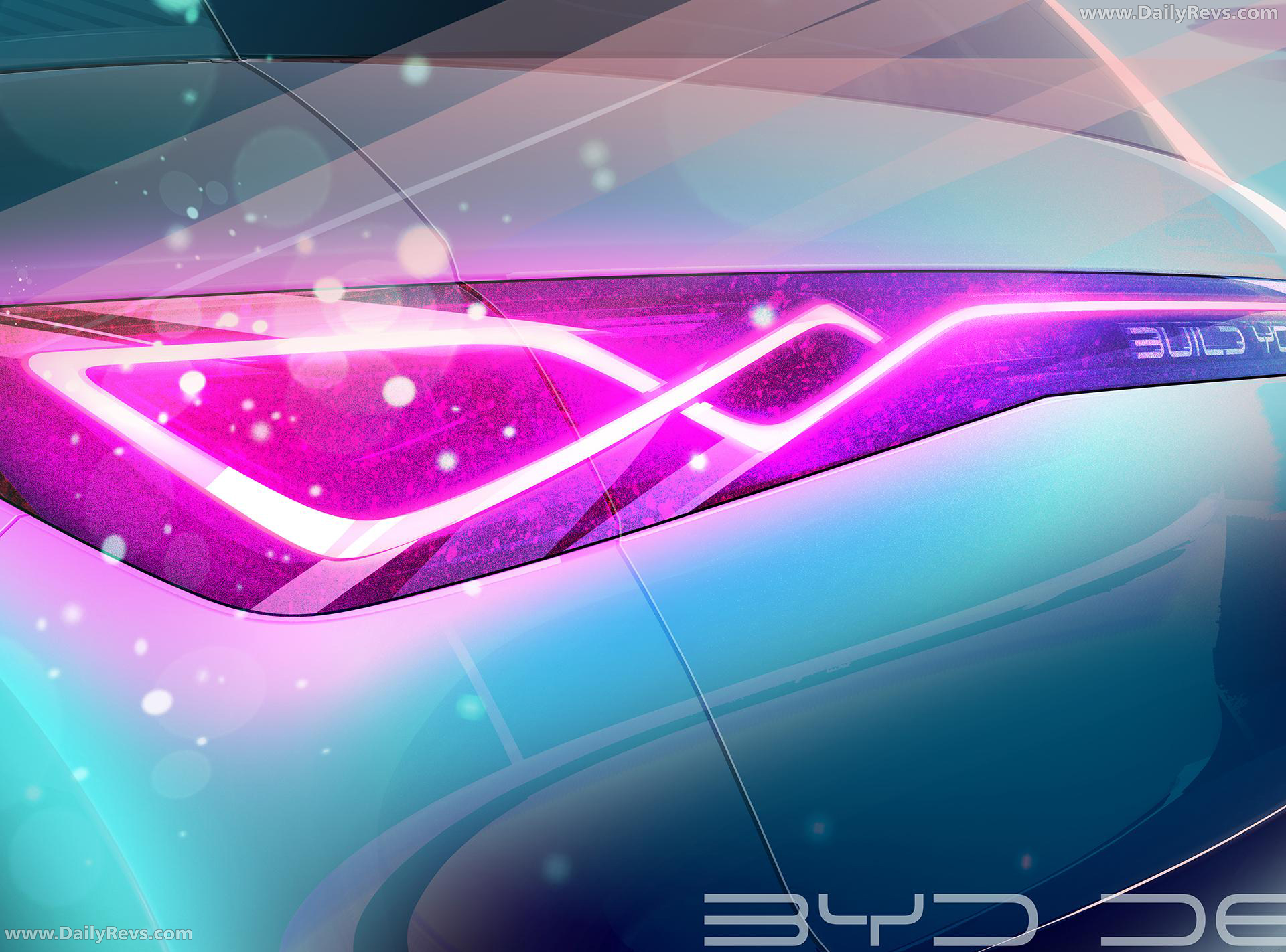 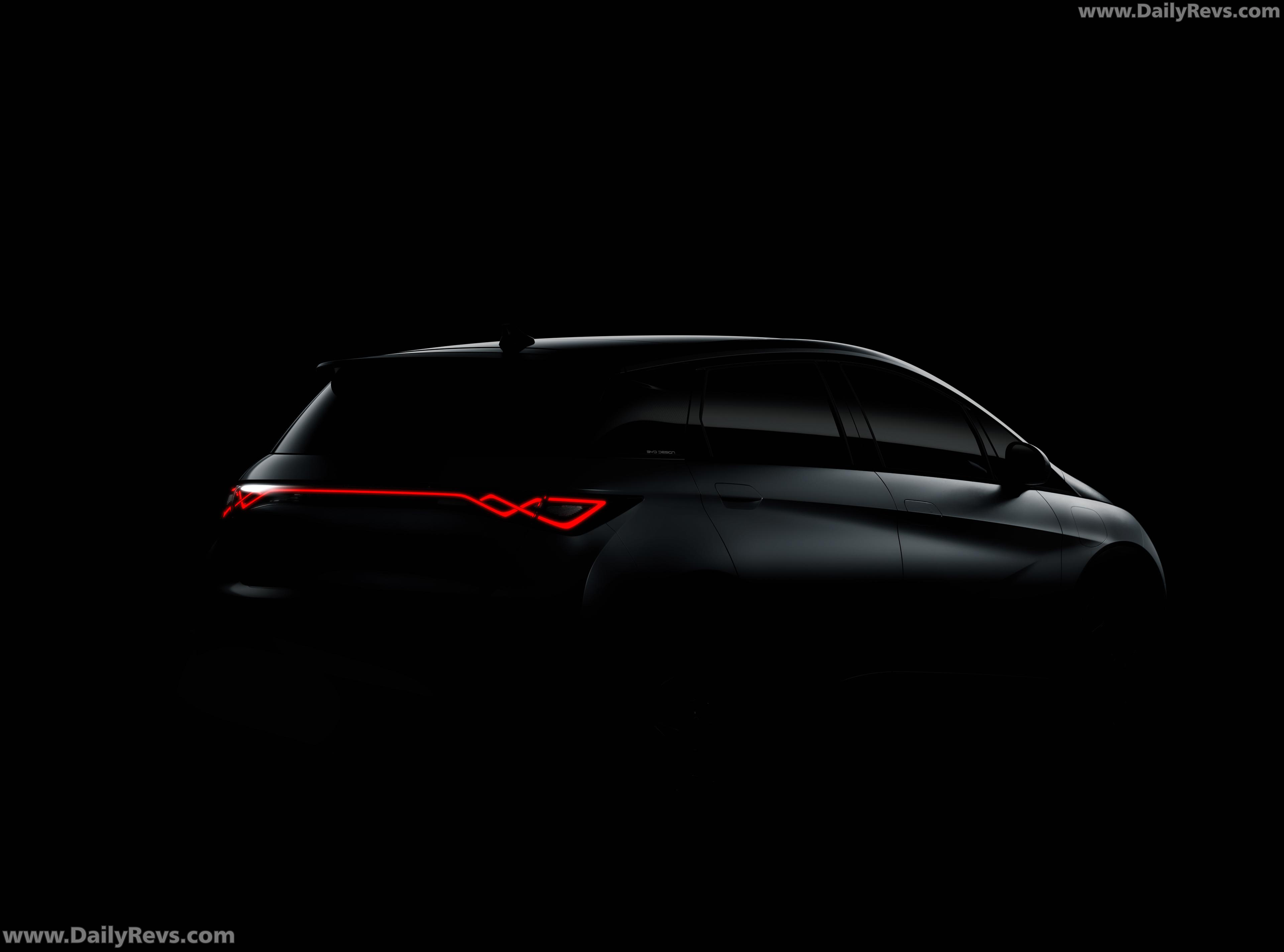 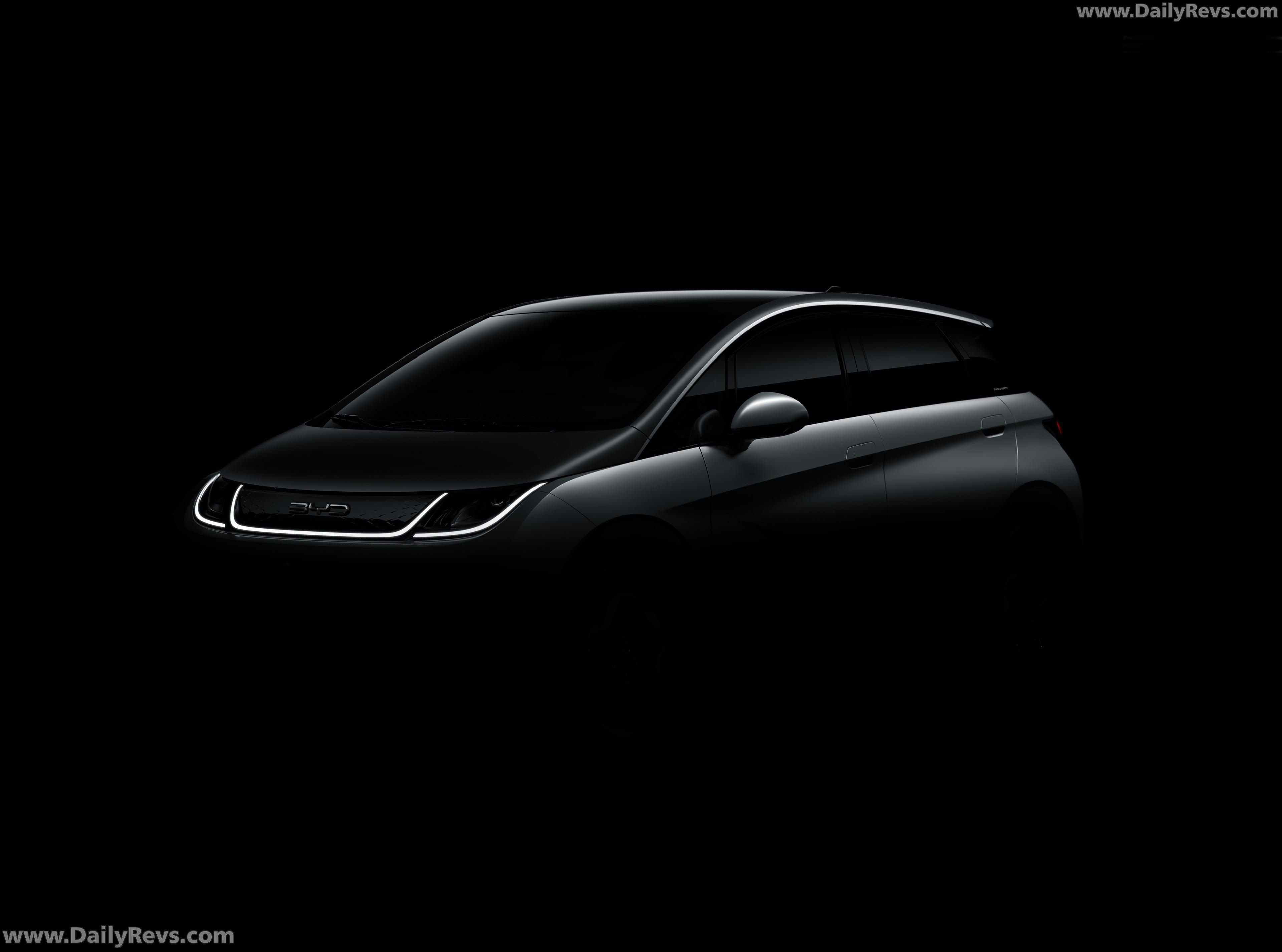 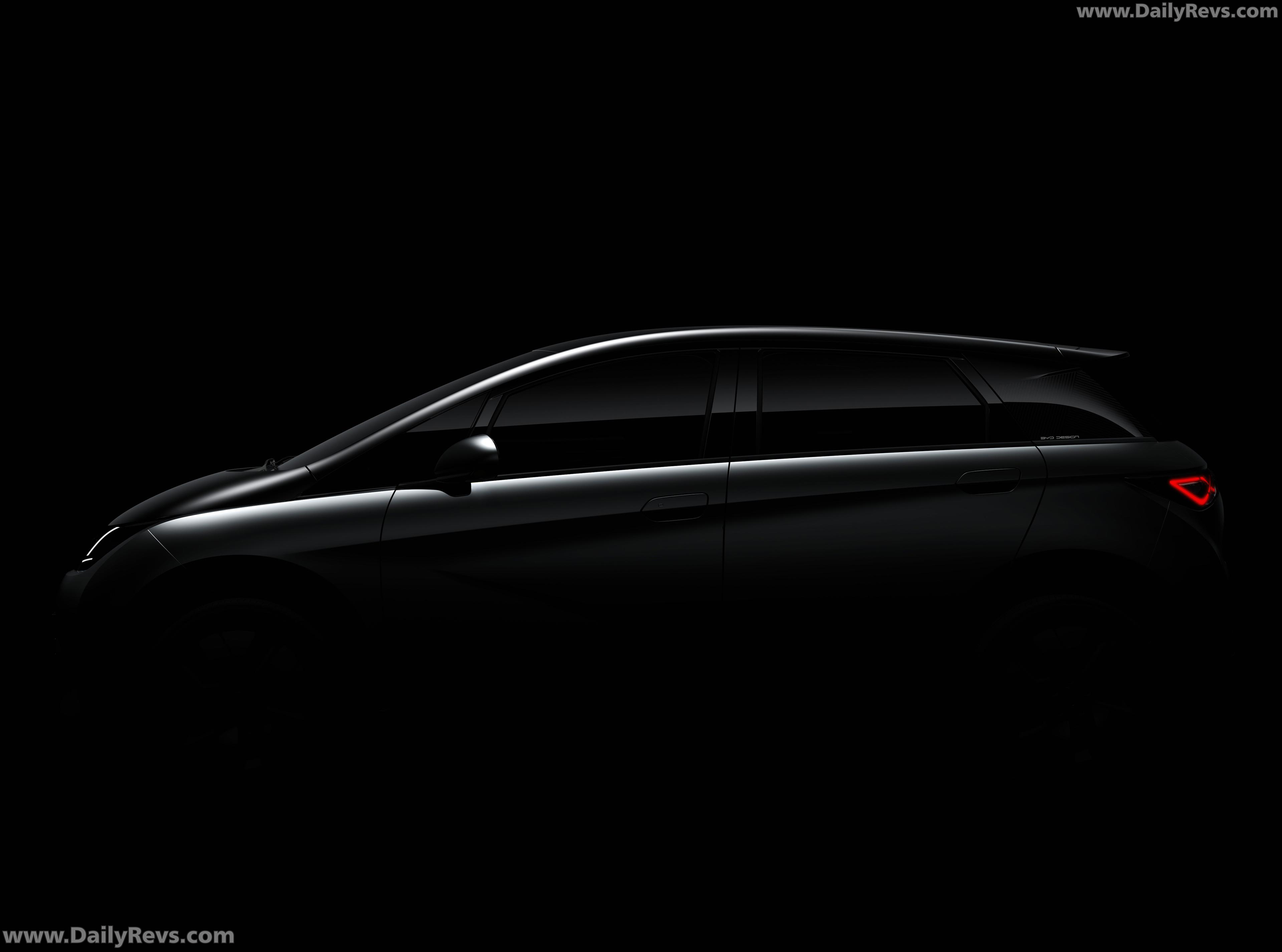 2021 Shanghai auto show officially opened on April 19, 2021. On the opening day of the car show, BYD brought us a brand new hatchback pure electric model, which was officially named: EA1. As with the previously released trailer, the new car has a compact body and a sci-fi design. The new car will be sold on e-net in the future. You can find more visual details of the 2021 BYD EA1 Concept gallery by scrolling up.

In terms of appearance, the new car adopts a new design concept and is called “Marine Aesthetics” by BYD’s global design director Iger. The new car adopts a very round body shape as a whole, which makes the new car look very cute. Specifically, the front face of the new car uses a closed grille, and adds more U-shaped elements for embellishment, with the new BYD LOGO, which is highly recognizable. At the same time, the large trapezoidal air intake also enhances the sporty atmosphere of the car. 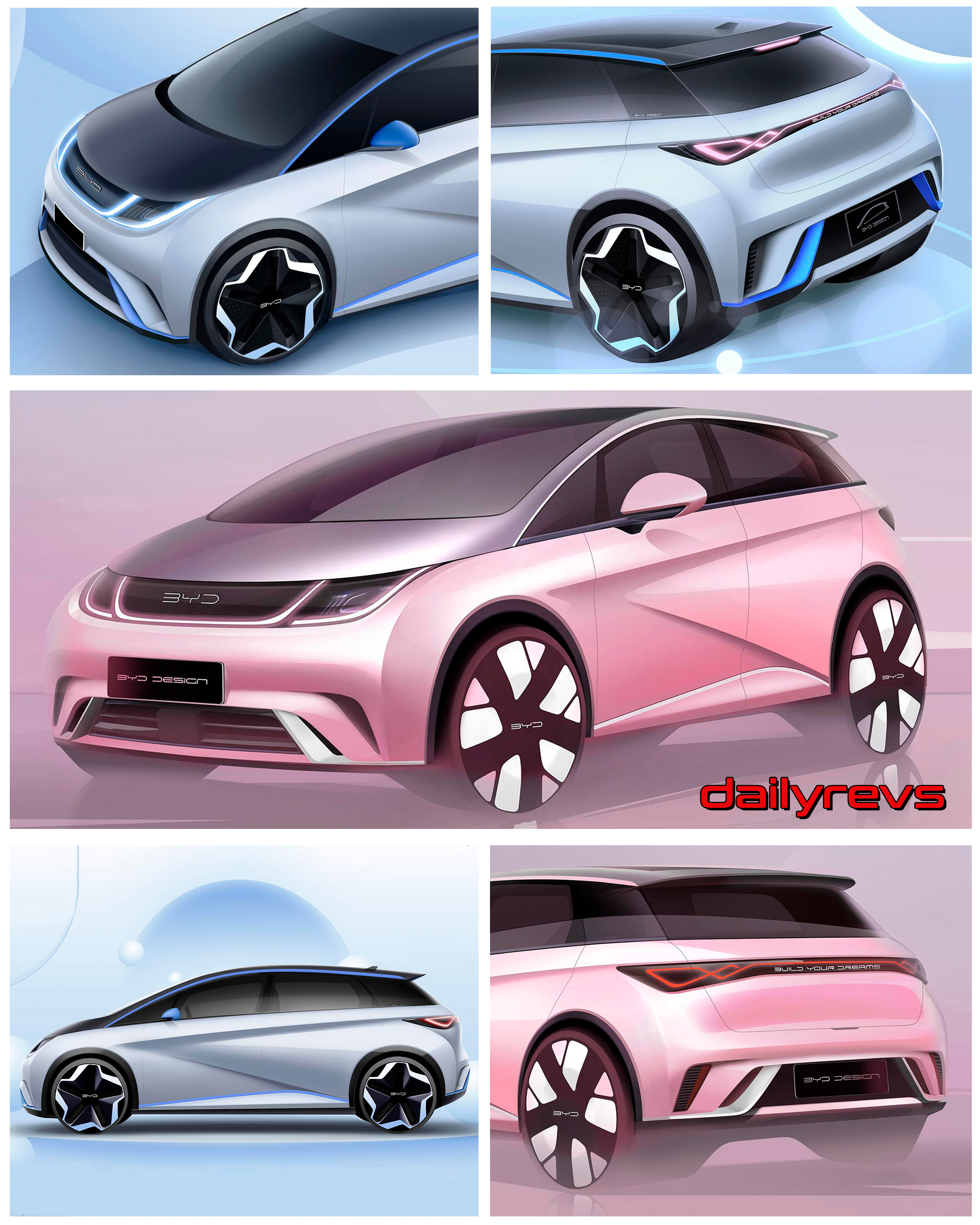 From the side of the body, the new car adopts the popular suspension roof shape, with new wheel styling and Z-shaped body lines, reflecting the dynamic and individual design concept. At the rear, BYD EA1 uses a through-type taillight group with a large-size spoiler to bring a more sporty visual effect to the new car. In terms of power, the official has not yet announced its specific information, and we will continue to pay attention to it.

On the side of the body, the front windshield integrated with the roof runs through the entire body. The compact body contrasts with the sharp waistline design, and the visual effect is outstanding.

In terms of interior, the new car adopts a more three-dimensional interior design style, which looks very fashionable. At the same time we can see a large area of ​​storage space.

In terms of power, the new car is also driven by pure electric power and is equipped with BYD lithium iron phosphate “blade battery”. We will continue to pay attention to more news.

You can find more visual details of the 2021 BYD EA1 Concept gallery by scrolling up. 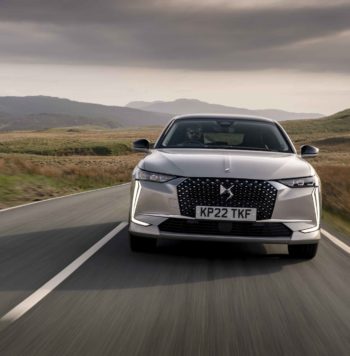 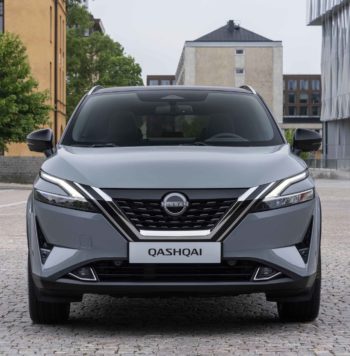 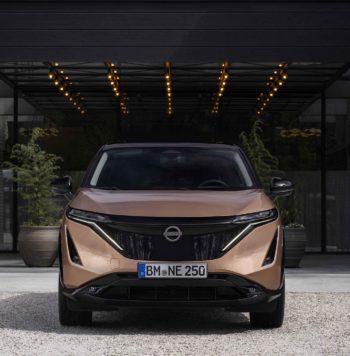 2022 Nissan Ariya – European Version
We use cookies on our website to give you the most relevant experience by remembering your preferences and repeat visits. By clicking “Accept”, you consent to the use of ALL the cookies.
Learn MoreYes, I accept
Manage consent