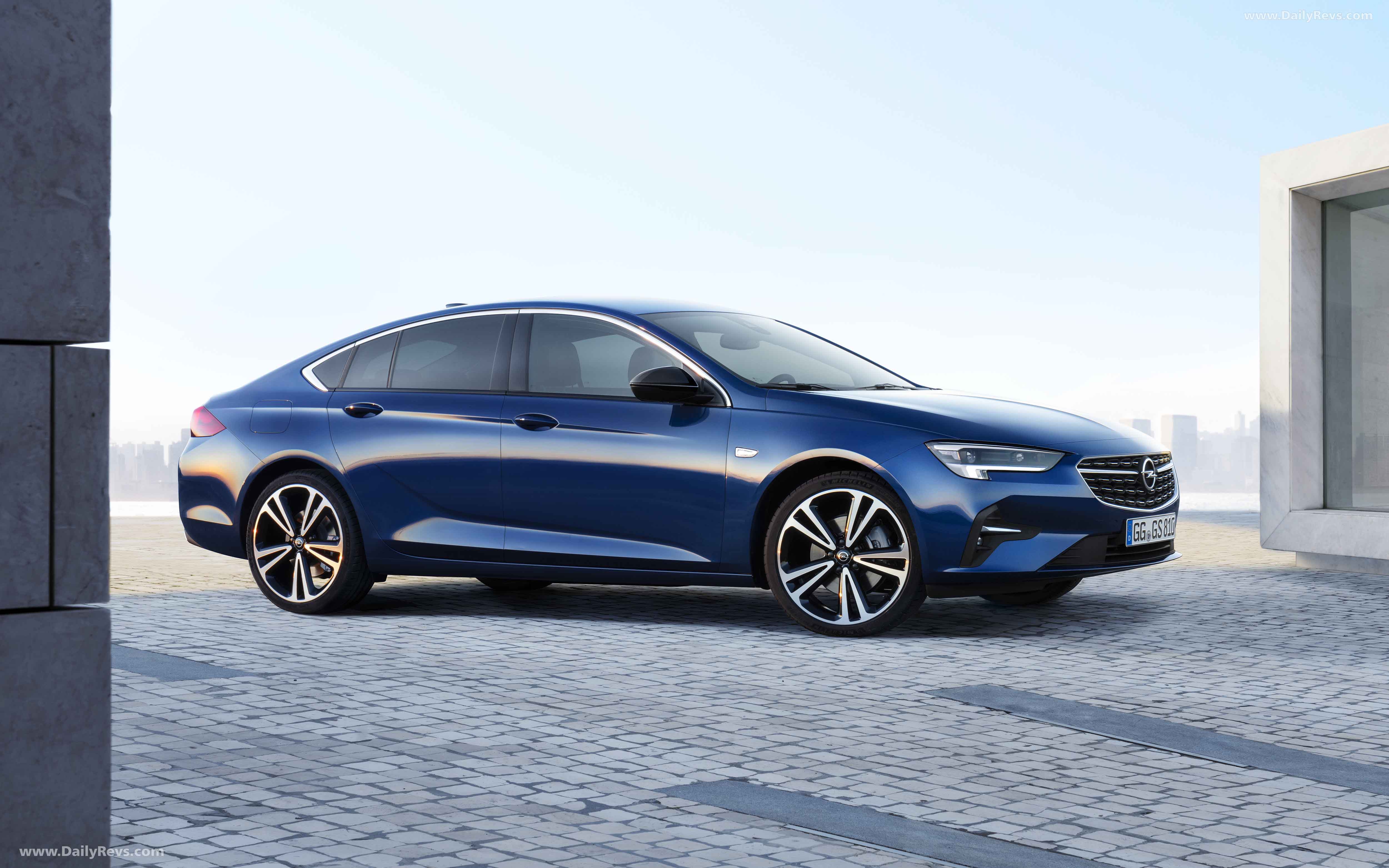 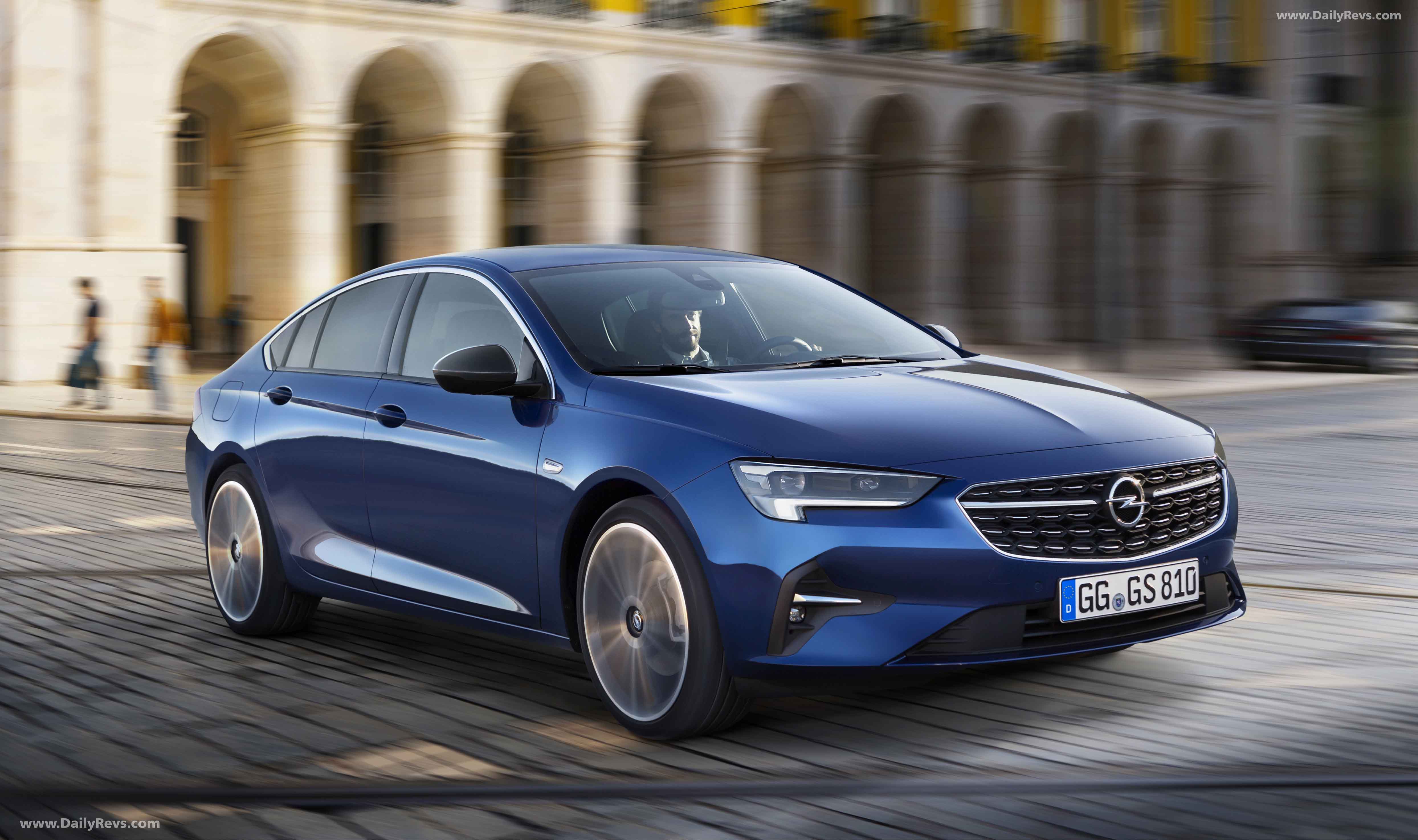 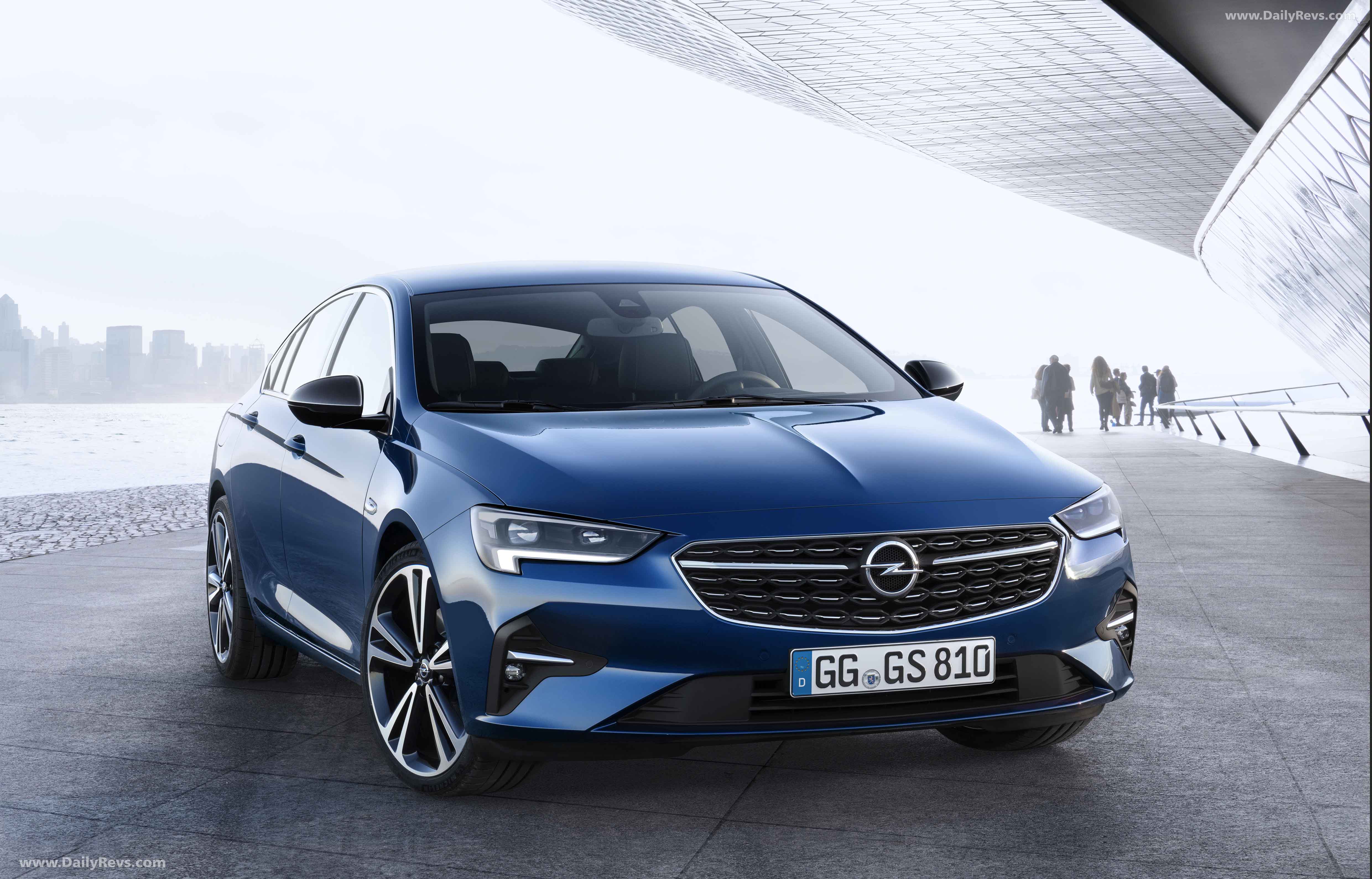 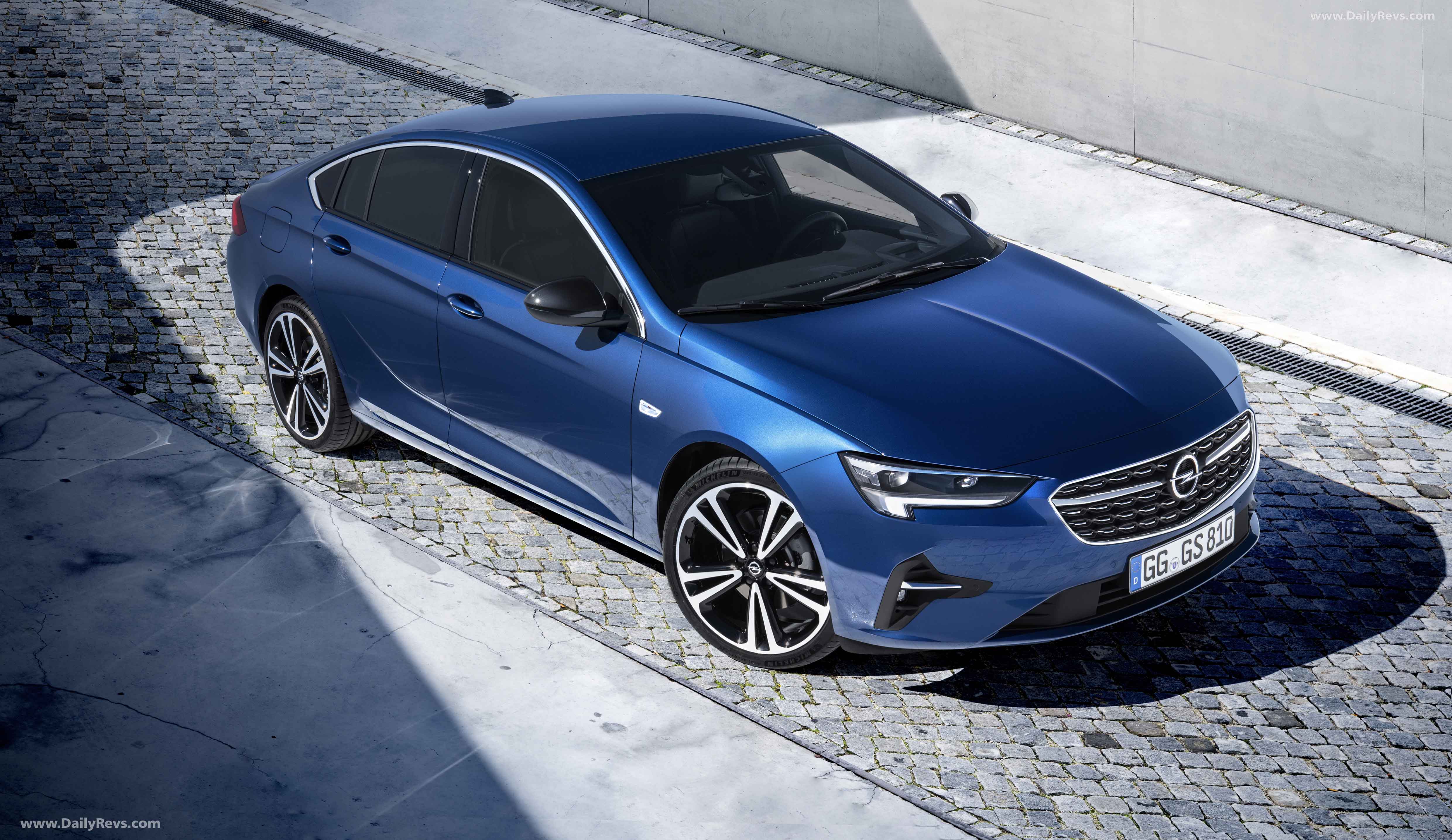 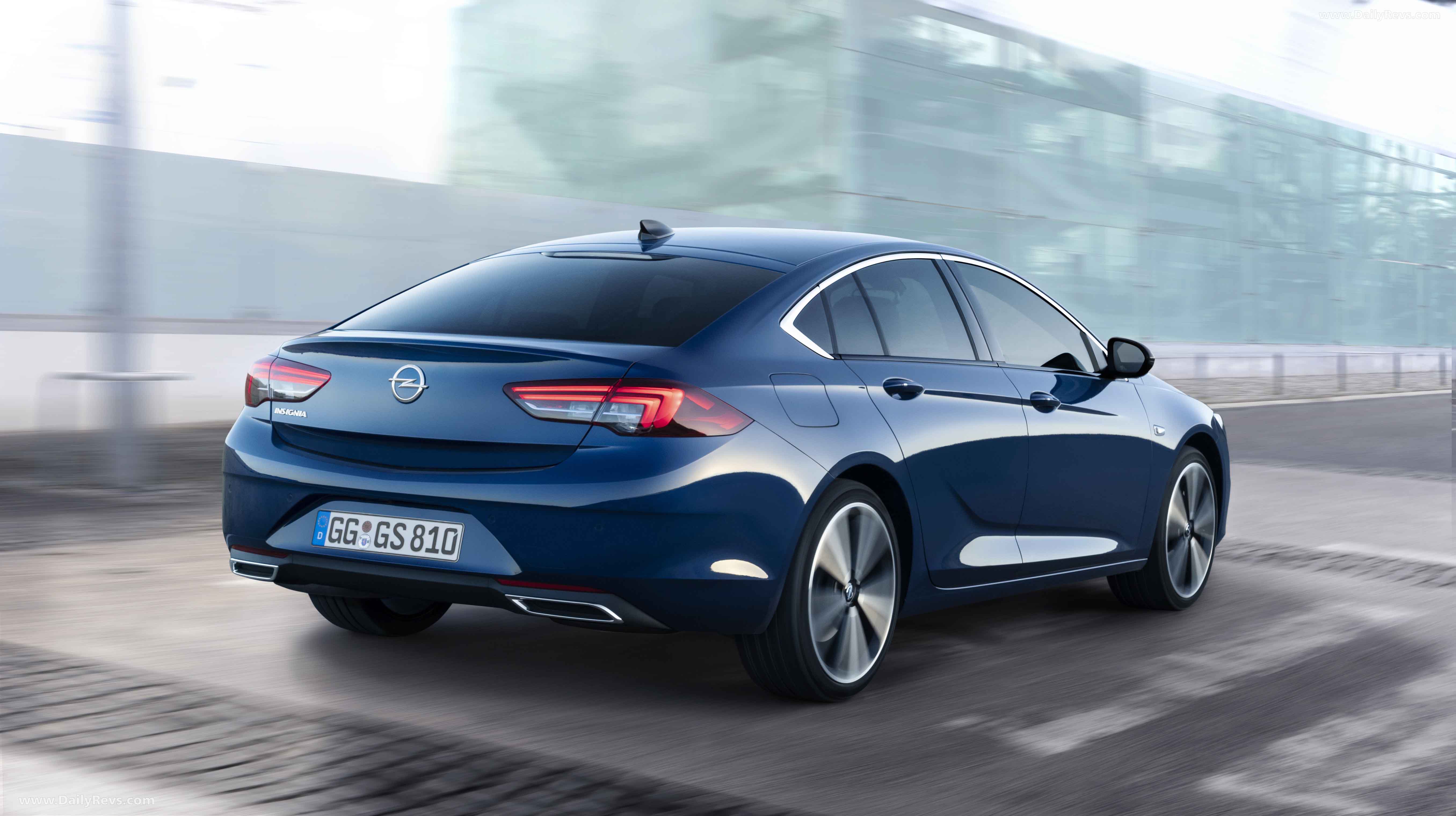 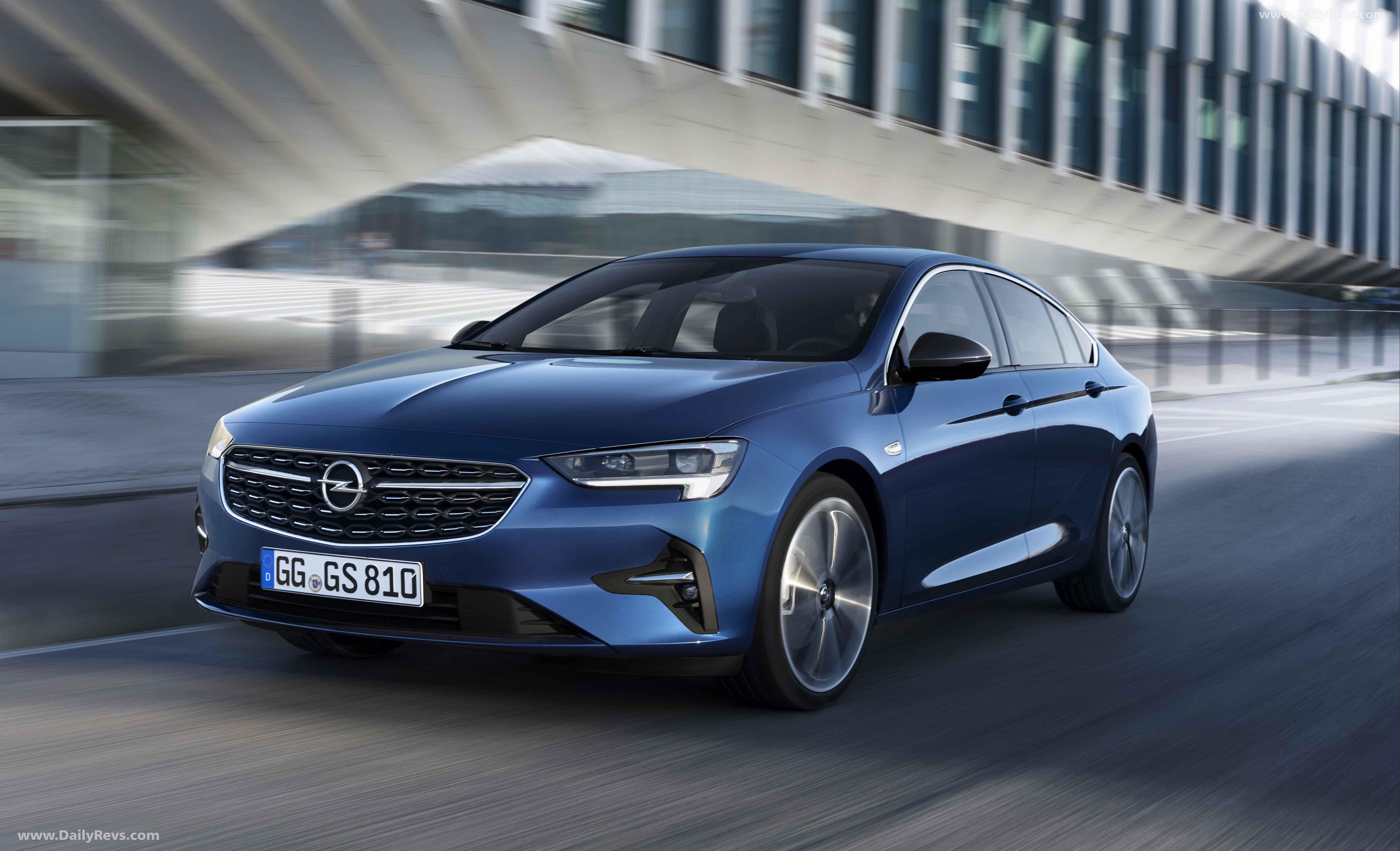 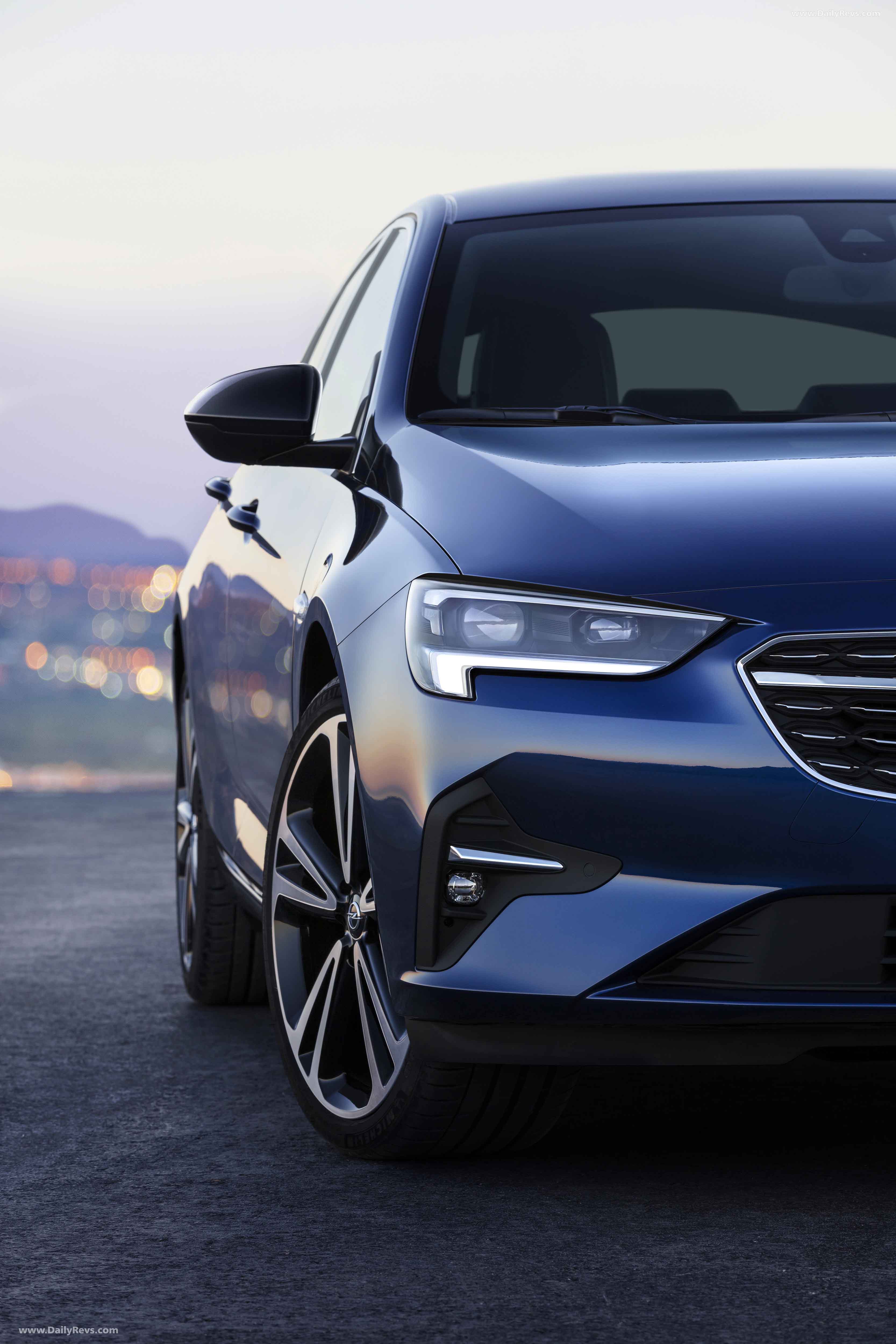 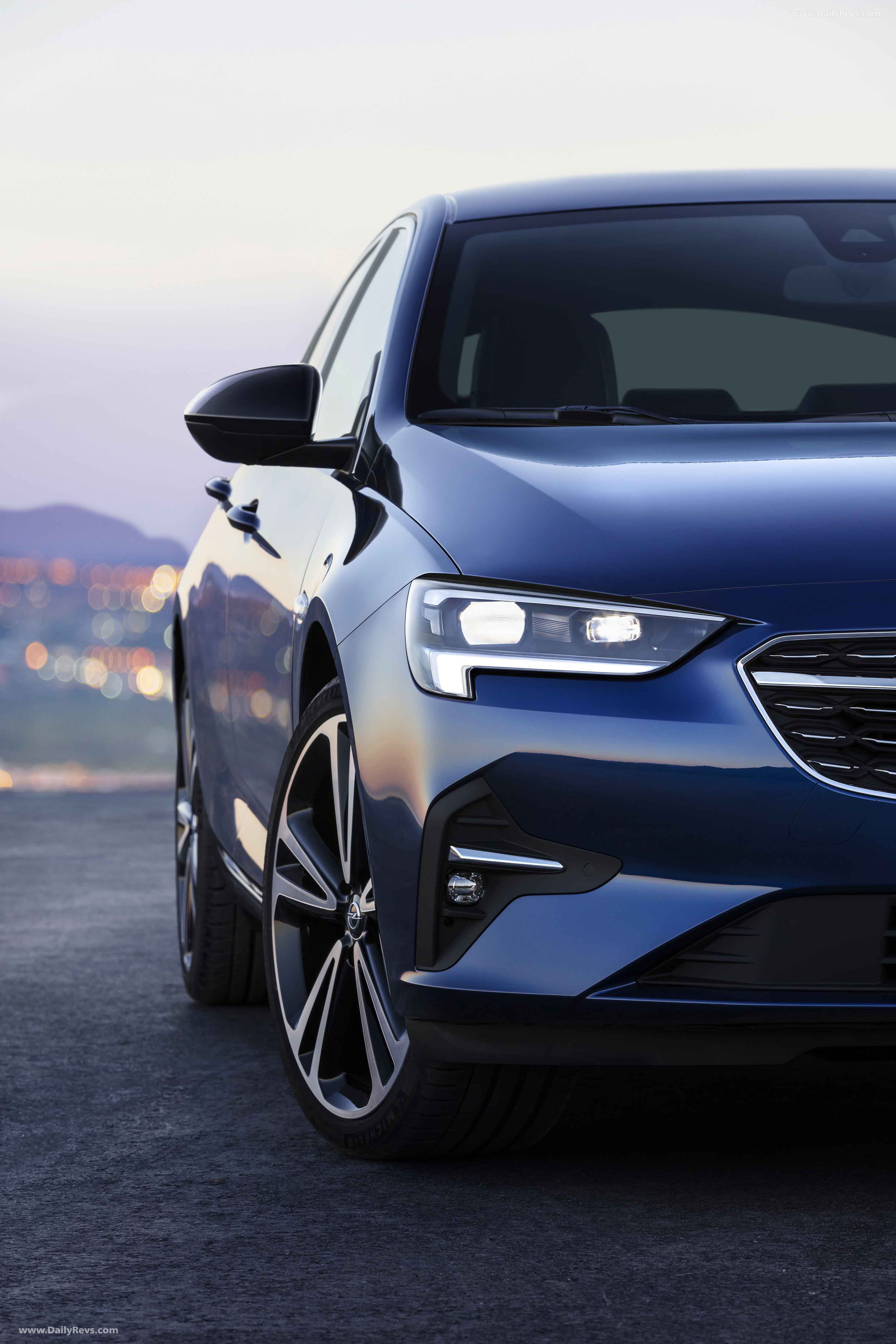 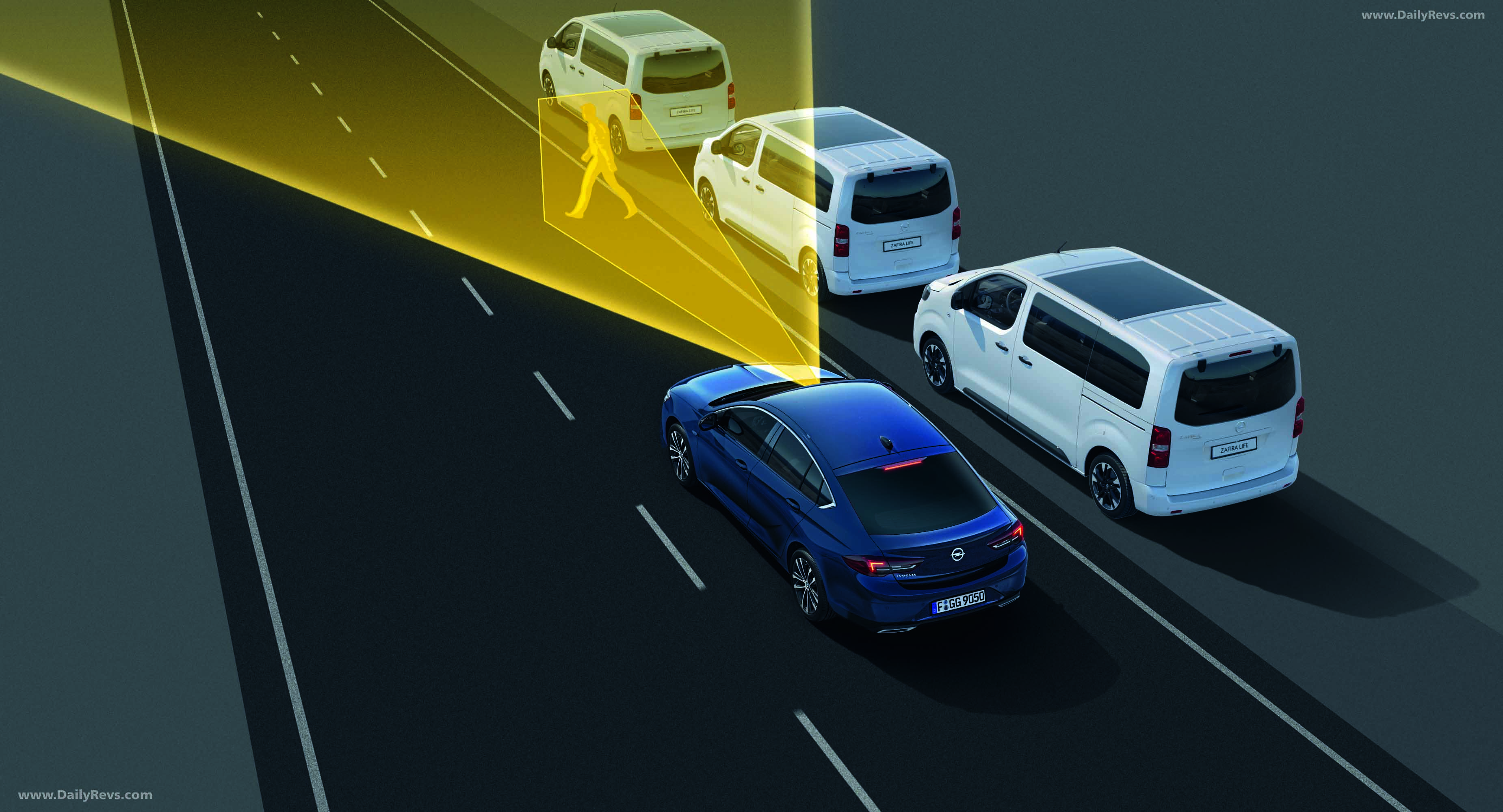 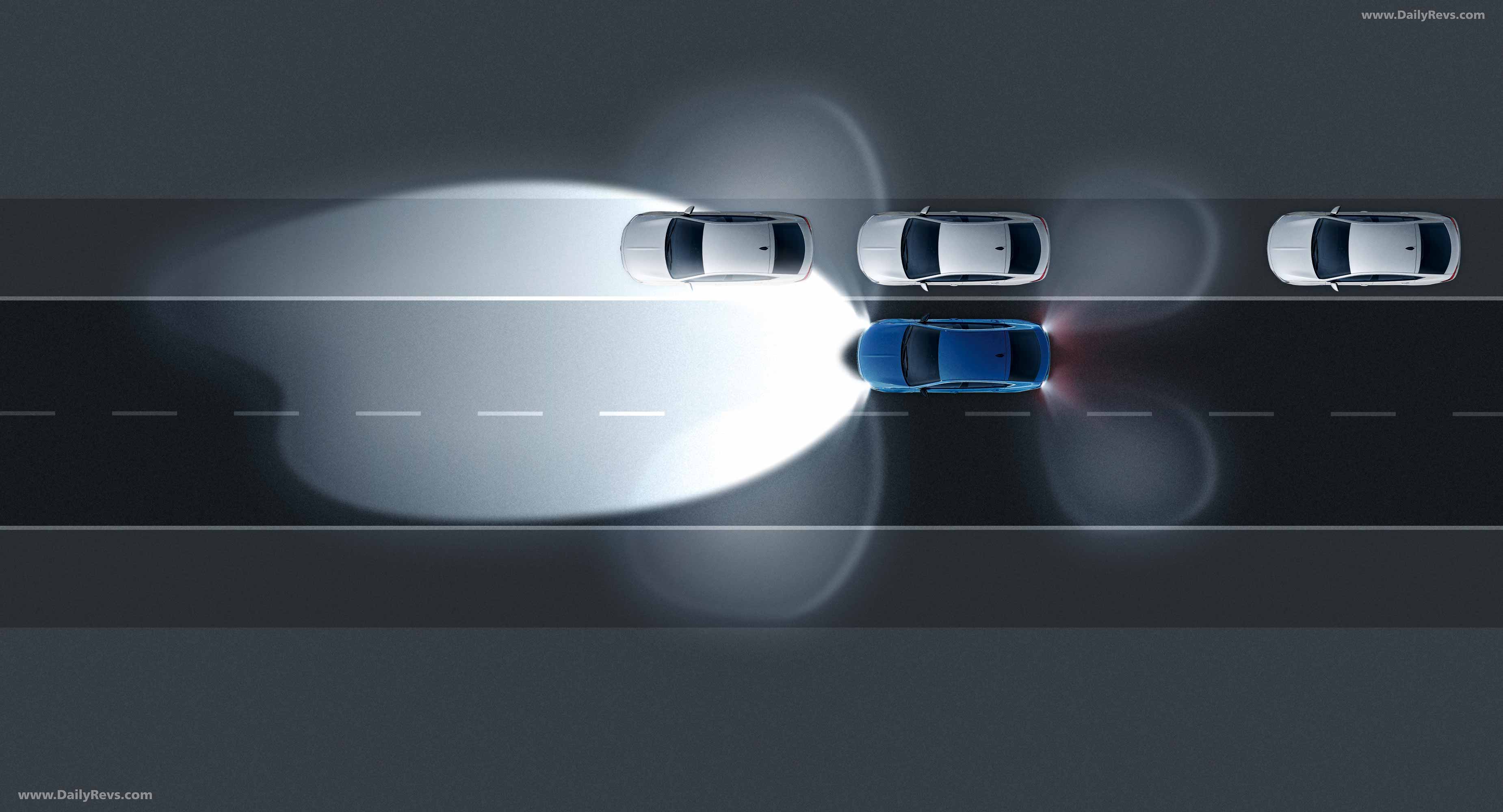 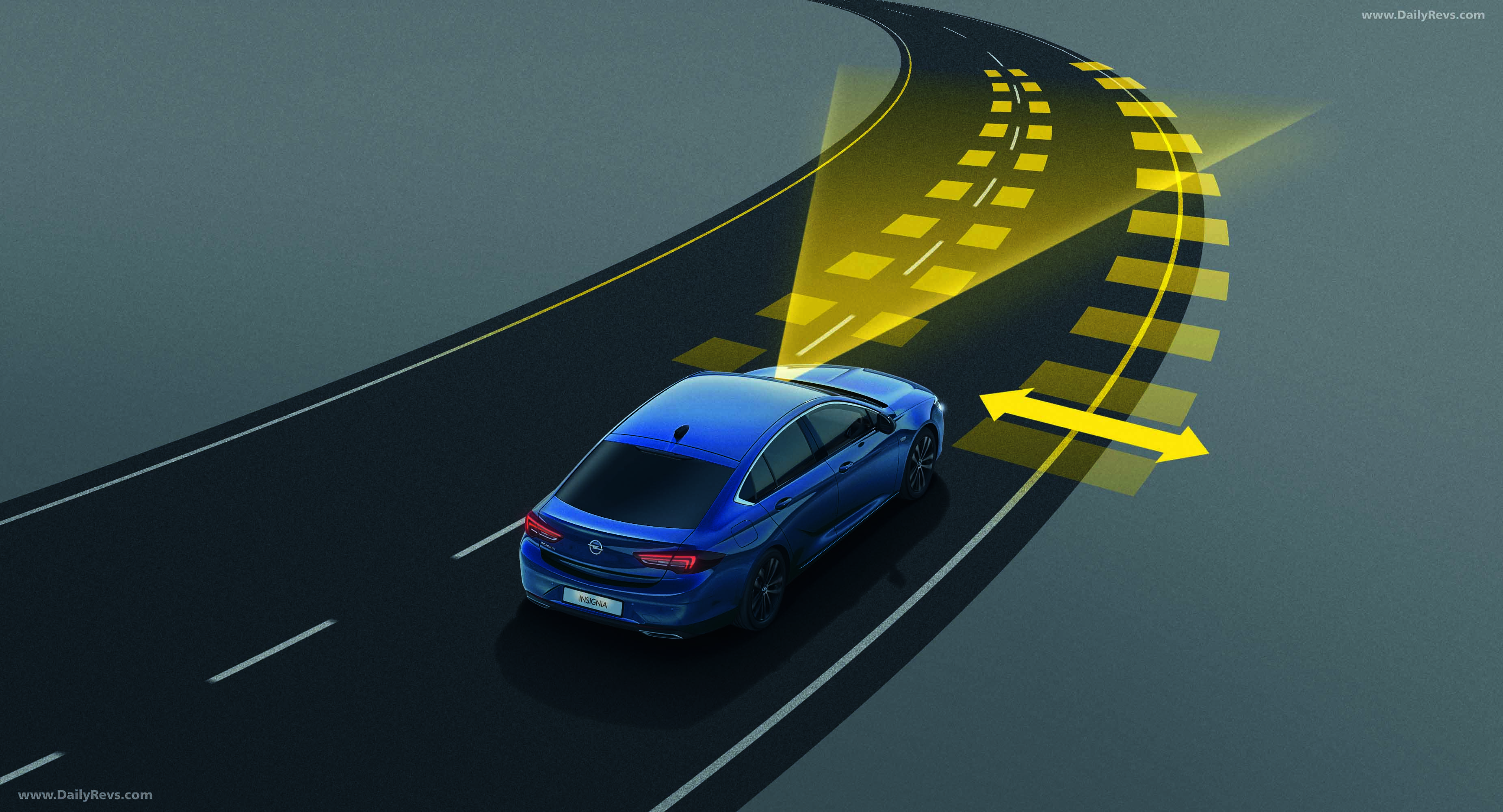 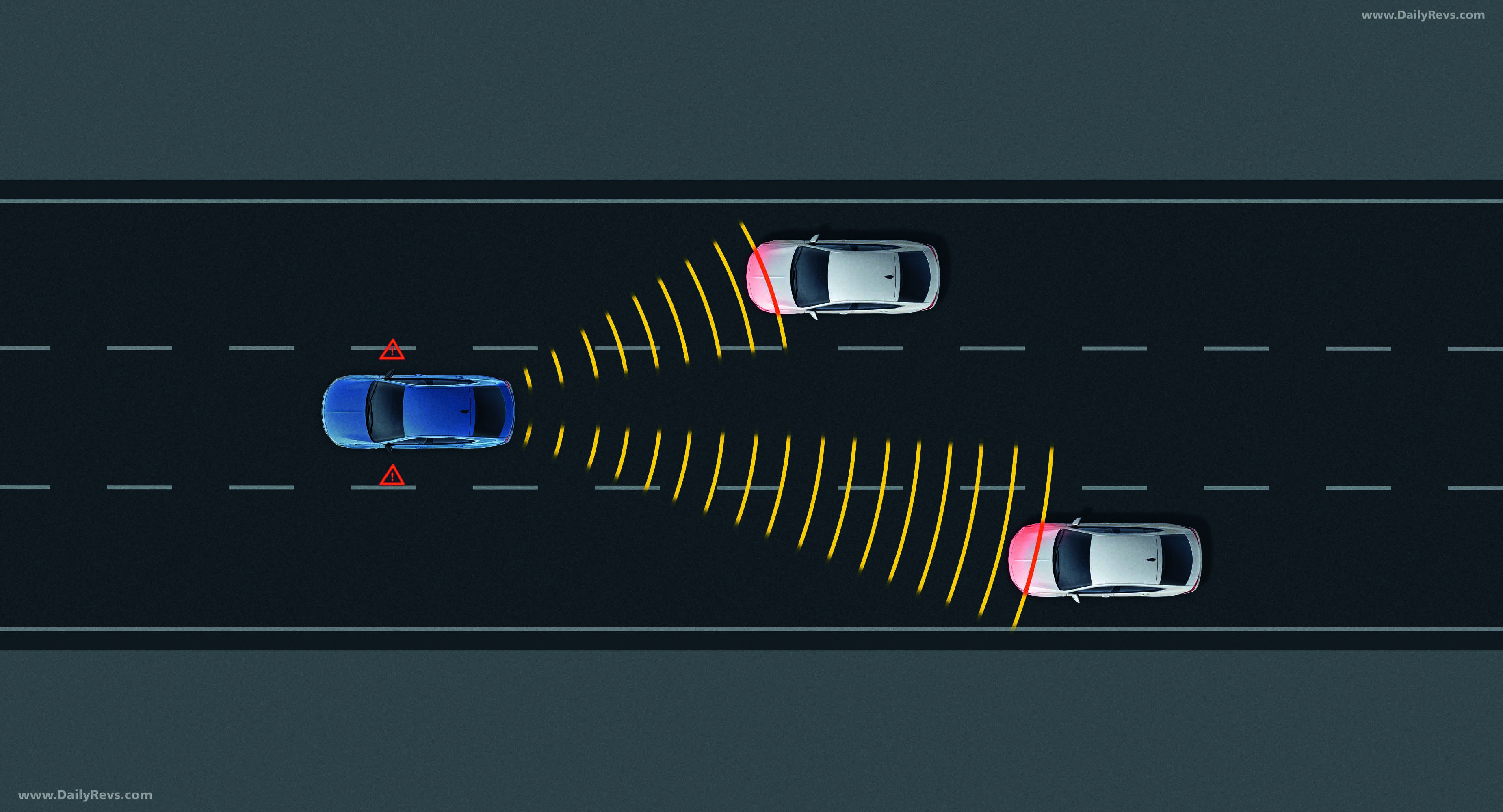 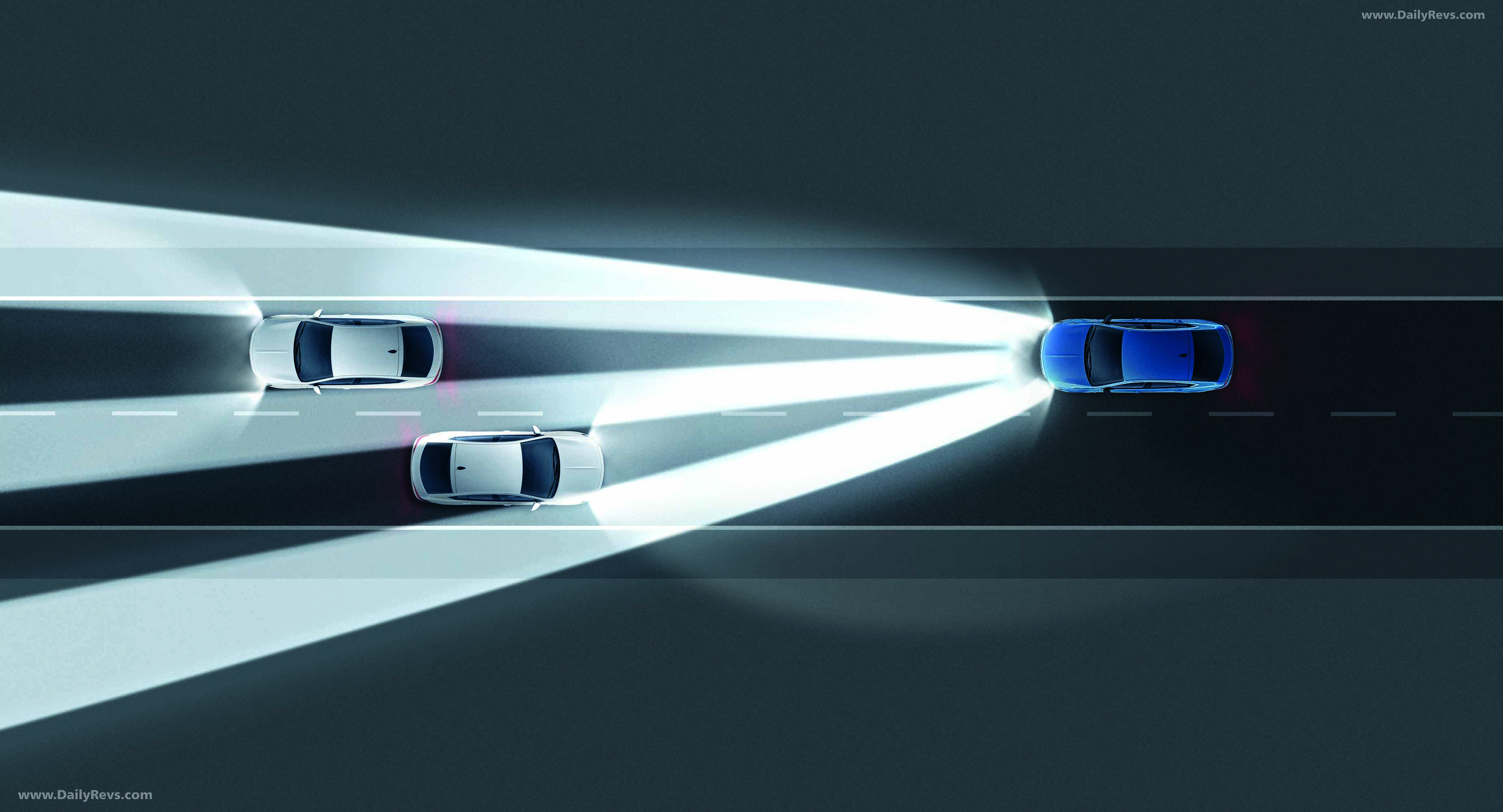 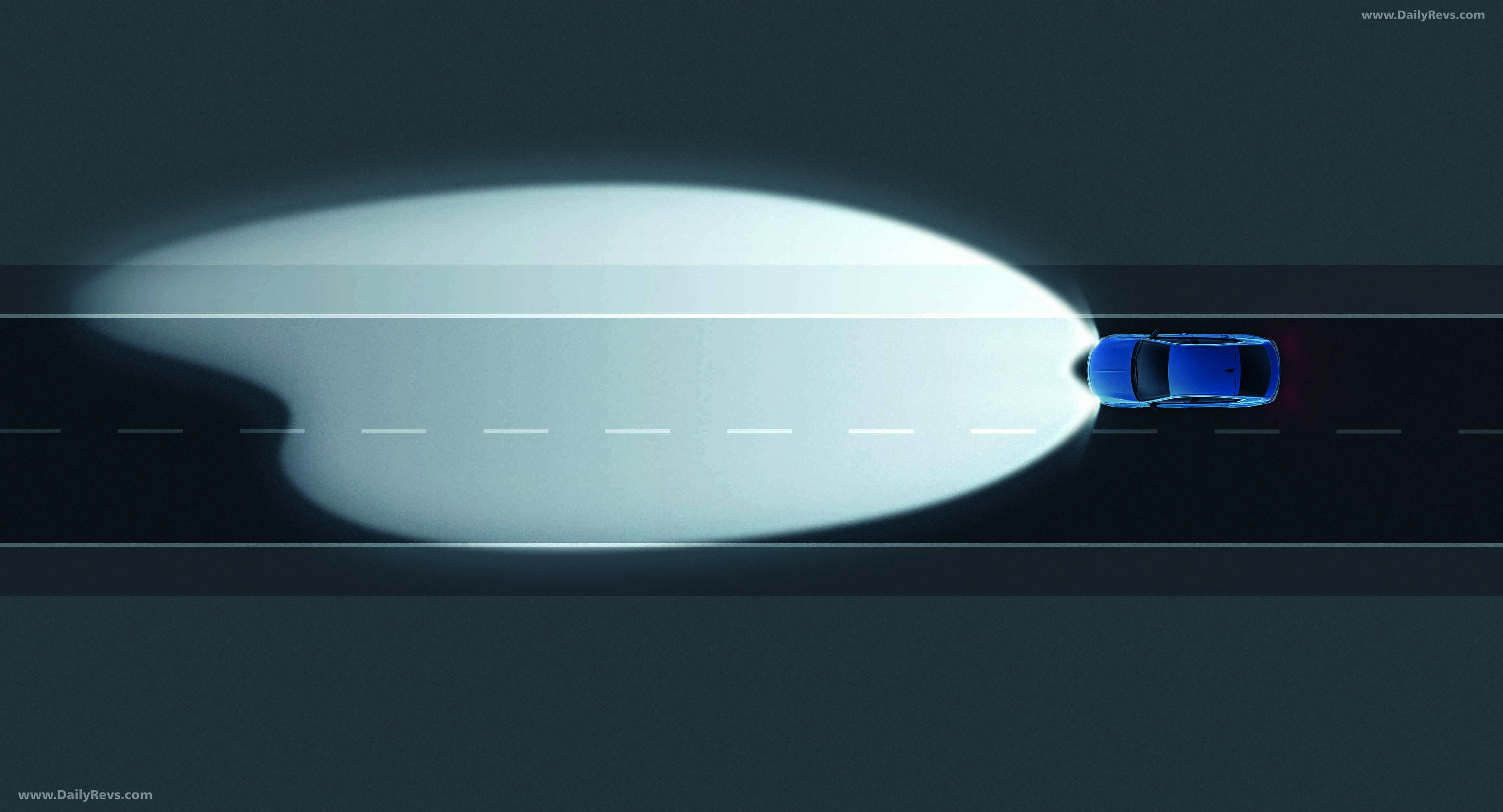 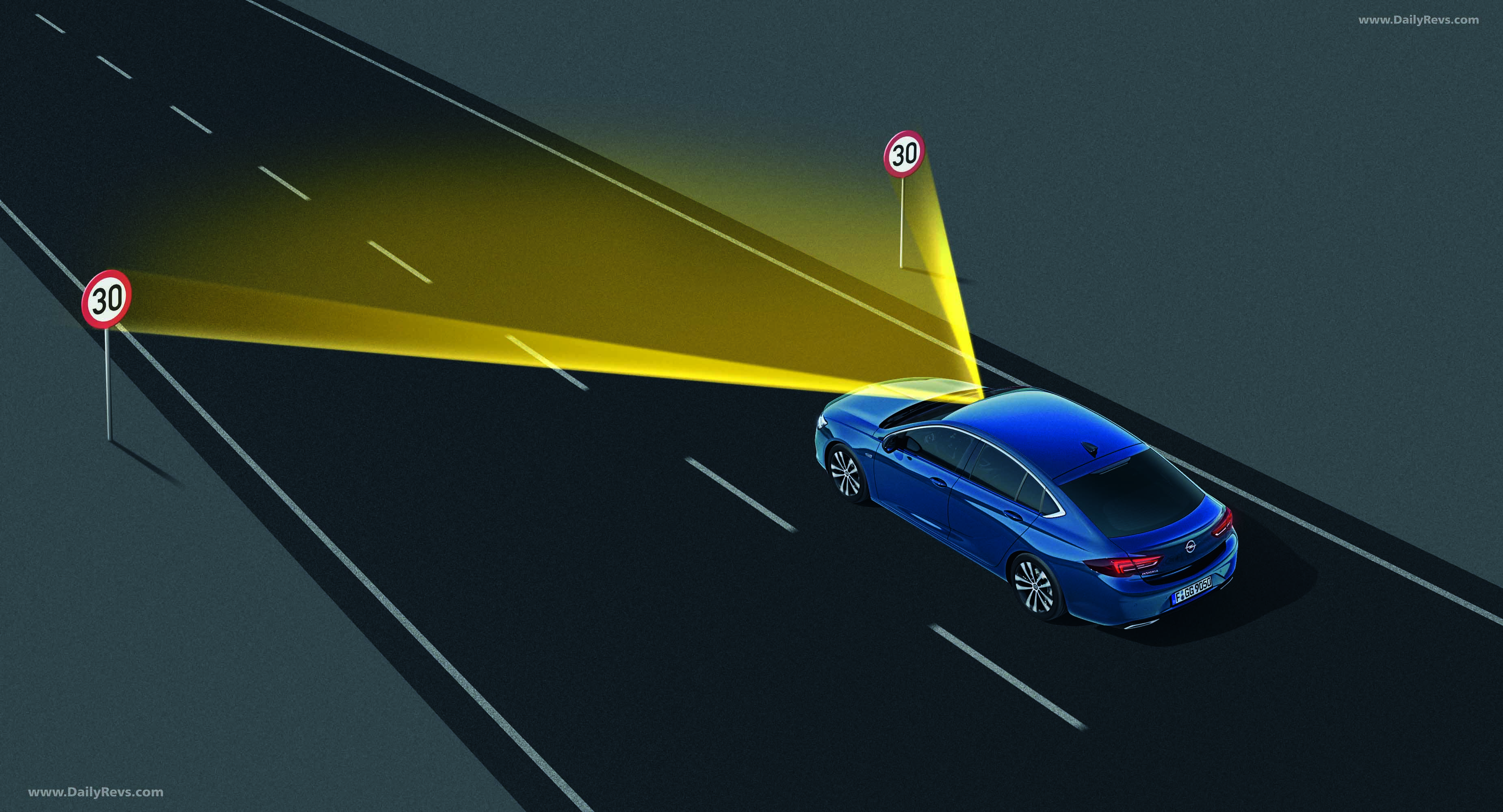 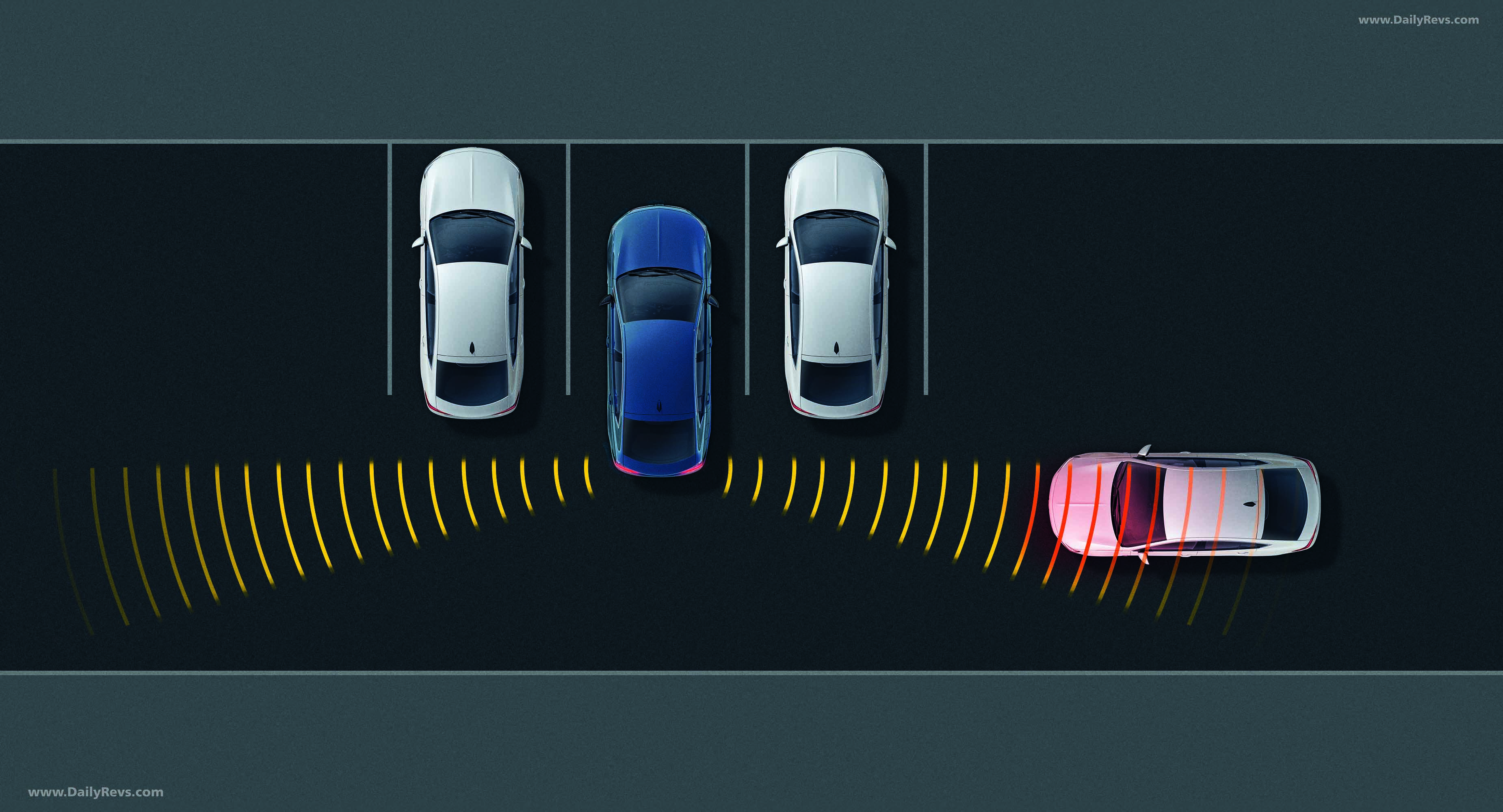 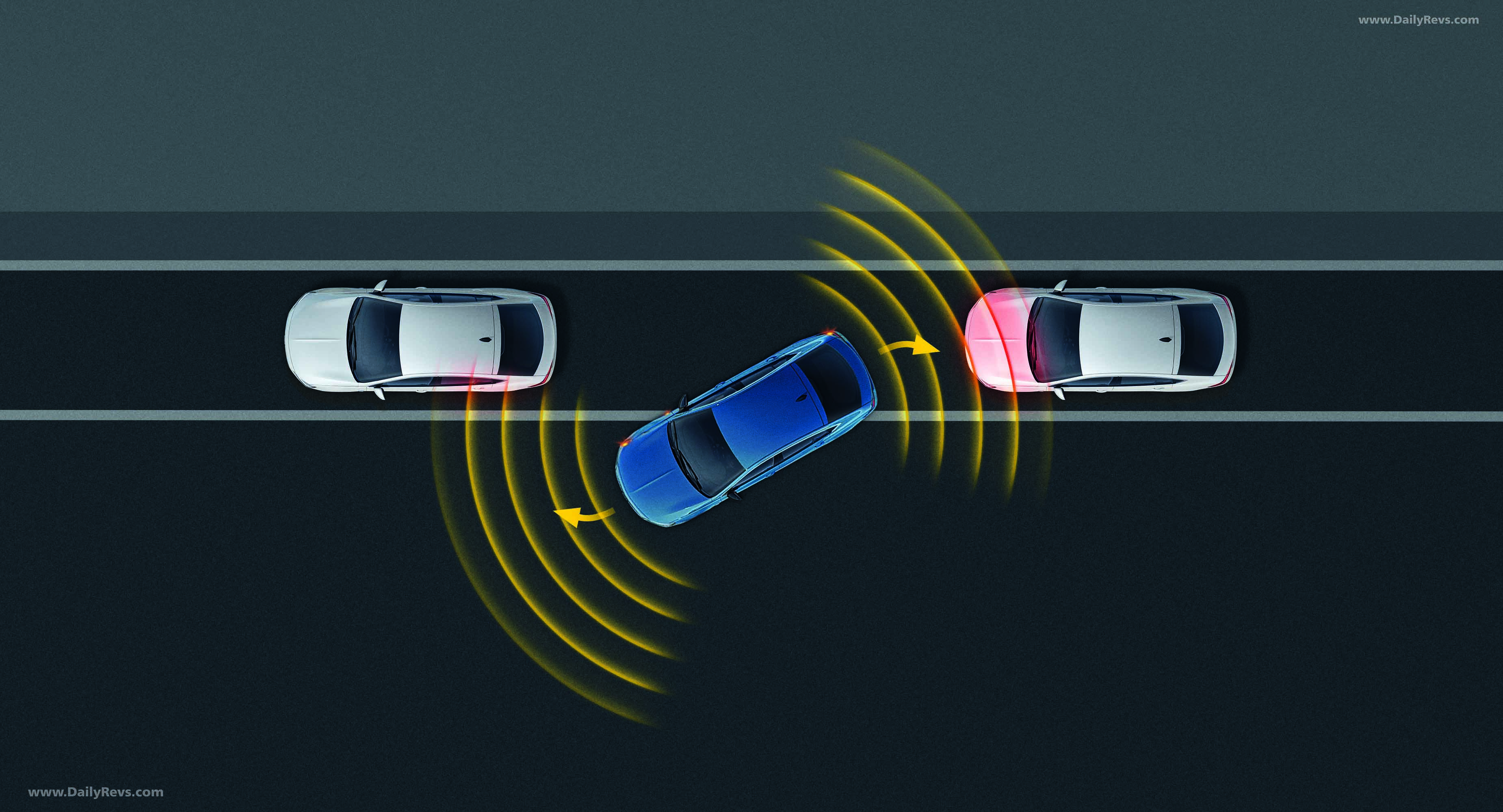 Opel gives a first glimpse of the new Insignia. The new edition of the German brand’s flagship will premiere at the Brussels Motor Show from January 10-19, 2020 and offer buyers even sharper looks as well as further improved night-time vision. Thanks to the refreshed design, the top-of-the-line-model has an even more powerful on-the-road presence. The extremely slim headlamps with pioneering LED technology make a major contribution. The new adaptive IntelliLux LED® Pixel Light now features 84 LED elements per headlamp. The headlamps react faster, with more precision than ever before, providing optimum vision for Insignia drivers without glare for oncoming or preceding traffic. With the new-generation IntelliLux LED® Pixel Light, the Opel flagship is unique in its market segment.

The new edition of the Insignia is packed with advanced technologies. The Grand Sport limousine and Sports Tourer estate offer for the first time a digital rear view camera. Combined with radar-based rear cross traffic alert, which warns of traffic approaching from the side, the system further increases safety. The portfolio is completed by numerous proven assistance systems such as forward collision alert with automatic emergency braking and pedestrian detection and a head-up display. Insignia drivers and passengers are well connected by the offer of excellent infotainment systems with colour touchscreens. The list of options includes e-Call and wireless charging for compatible smartphones in the centre console.

The new Opel Insignia will be even more efficient than before, thanks to lightweight engineering and all-new, highly efficient petrol and diesel engines. On its introduction in 2009, the first generation was elected “European Car Of The Year”. During the last ten years, almost 1.2 million units of both Insignia generations have rolled off the assembly line in Opel’s hometown of Rüsselsheim.

The new Opel Insignia will be equipped exclusively with full LED light systems. From highly energy-efficient LED headlamps to the new adaptive IntelliLux LED® Pixel Light, which features an industry-leading total of 168 LED elements, instead of the previous 32.

“With IntelliLux LED® Pixel Light, we take another big step forward”, explained Christian Müller, Managing Director Engineering. “Driving at night is therefore more relaxed and safer. The new headlamps react faster, imperceptibly and with higher precision to the prevailing driving conditions. The intelligent system continuously adapts the light beam, the road ahead is always ideally lit. The result is optimum vision in every situation, without glare for other road users.”

The main beam is adjusted seamlessly in milliseconds by two control units – one connected to the front camera and the other in the headlamp. The high number of continuously reacting LED elements results in a seamless adaptation of the light beam. The illuminated area is larger than before, approaching or preceding traffic is “cut out” more precisely.

The range and direction of the light vary according to the driving situation and surroundings. The light functions range from curve and bad weather, to town, country roads and autobahn, as well as optimised light for parking. In particular, Opel has further improved the autobahn light of the newest IntelliLux LED®. In left turns, the light beam reaches further to the left, so that the driver can more easily see roadside signs. When turning right in autobahn mode, the light beam shines further to the right, in order to avoid glare for oncoming traffic.

The power of the new IntelliLux LED® Pixel Light system has been significantly increased. The 84 LED elements are arranged in three rows in each ultra-slim headlamp, along with the curve light and dip beam module, as well as the characteristic LED daylight running lamp underneath. 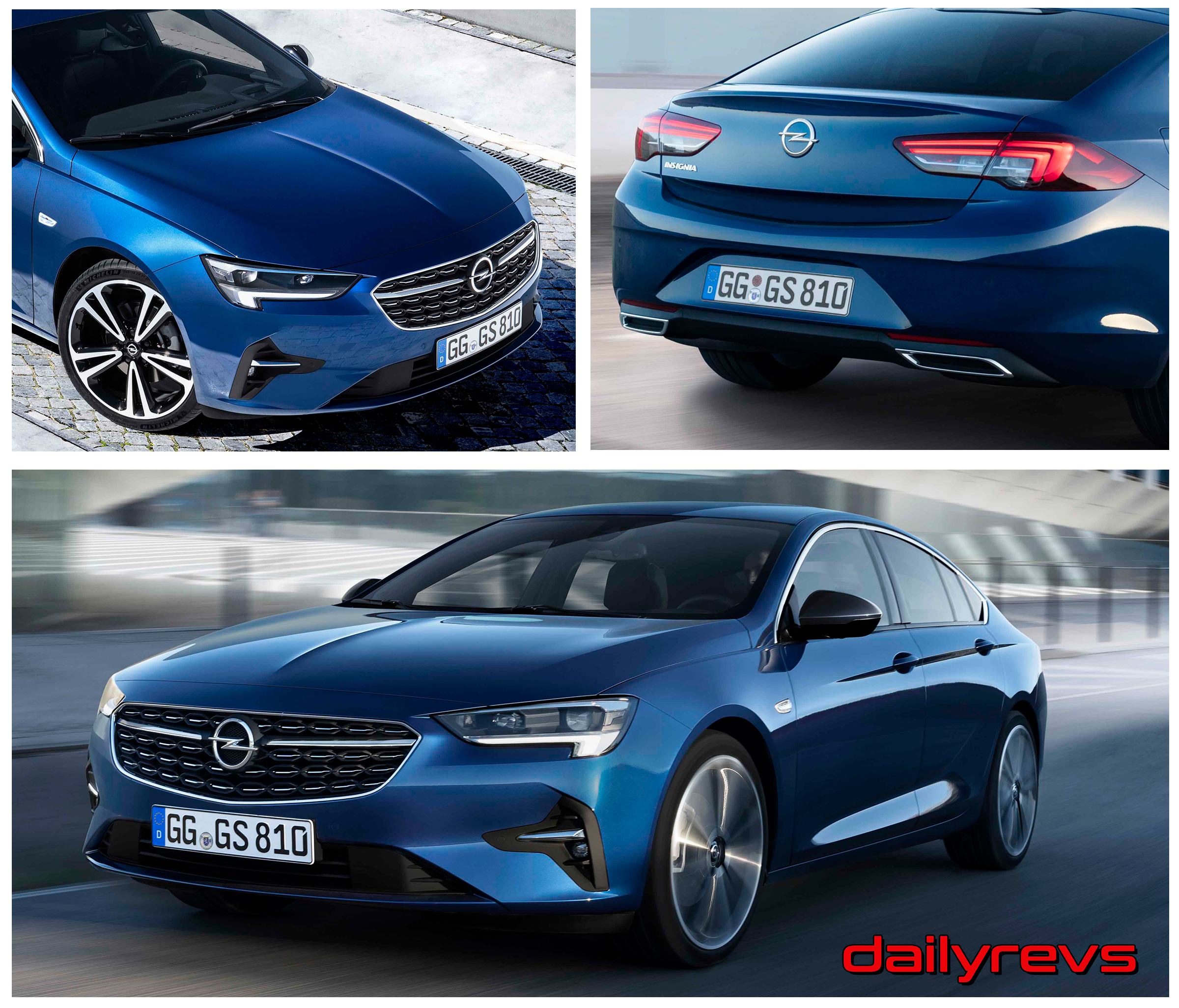 The new chrome-edged radiator grille is wider and features prominent slats; the Opel logo in the middle of the chrome bar seems larger. The chrome bar itself stretches right and left to the LED daylight running lamps, which are now located at the bottom instead of the top of each headlamp. The Insignia appears lower and wider, also thanks to the air inlets with integrated fog lamps.

The rear of the Insignia Grand Sport and Sports Tourer is also defined by clear lines. As already on the estate, the valence panel of the Grand Sport limousine will also feature two slots instead of round holes for the exhaust pipes.

The slim, horizontal lines of the design continue in the interior. Precisely placed chrome accents underline the stylish ambience.

Typically for a flagship, the Opel Insignia will feature a full range of assistance and infotainment systems. A new digital rear view camera improves rearward vision. Safety when reversing out of parking spaces can be further increased by the optional rear cross traffic alert. The system uses radar sensors to detect objects 90 degrees to the left and right behind the Insignia, at distances of up to 20 metres. The driver is warned via the display and acoustic signals. Additional assistance systems include:

The portfolio of infotainment systems compatible with Apple CarPlay and Android Auto will extend from Multimedia Radio and Multimedia Navi to Multimedia Navi Pro. The top-of-the-line unit features numerous Connected Navigation services. With real-time traffic information, online map updates and predictive navigation, journeys are more relaxing. New symbols give the navigation display a fresher, more modern appearance. The same goes for the instruments. When e-Call is installed, an emergency call is automatically sent if the seatbelt tensioners or airbags are deployed. Alternatively, help can be actively summoned in seconds by simply pressing the red button.

The new Insignia will offer high comfort. Ergonomically certified AGR seats are optionally available for driver and front passenger. Compatible smartphones can be charged wirelessly. The tailgate of the Sports Tourer can be opened and closed automatically by a movement of the foot under the sensors in the rear bumper. 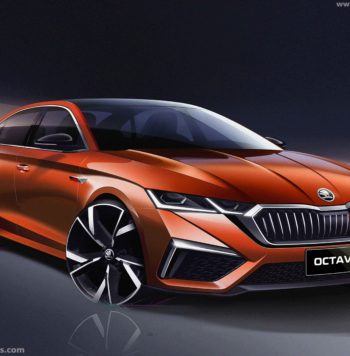 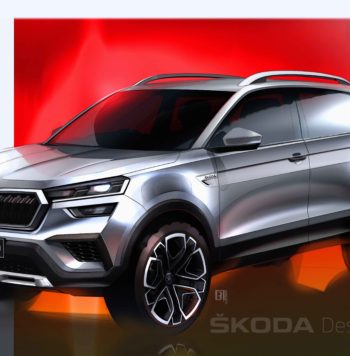 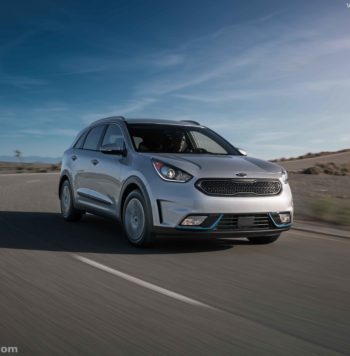