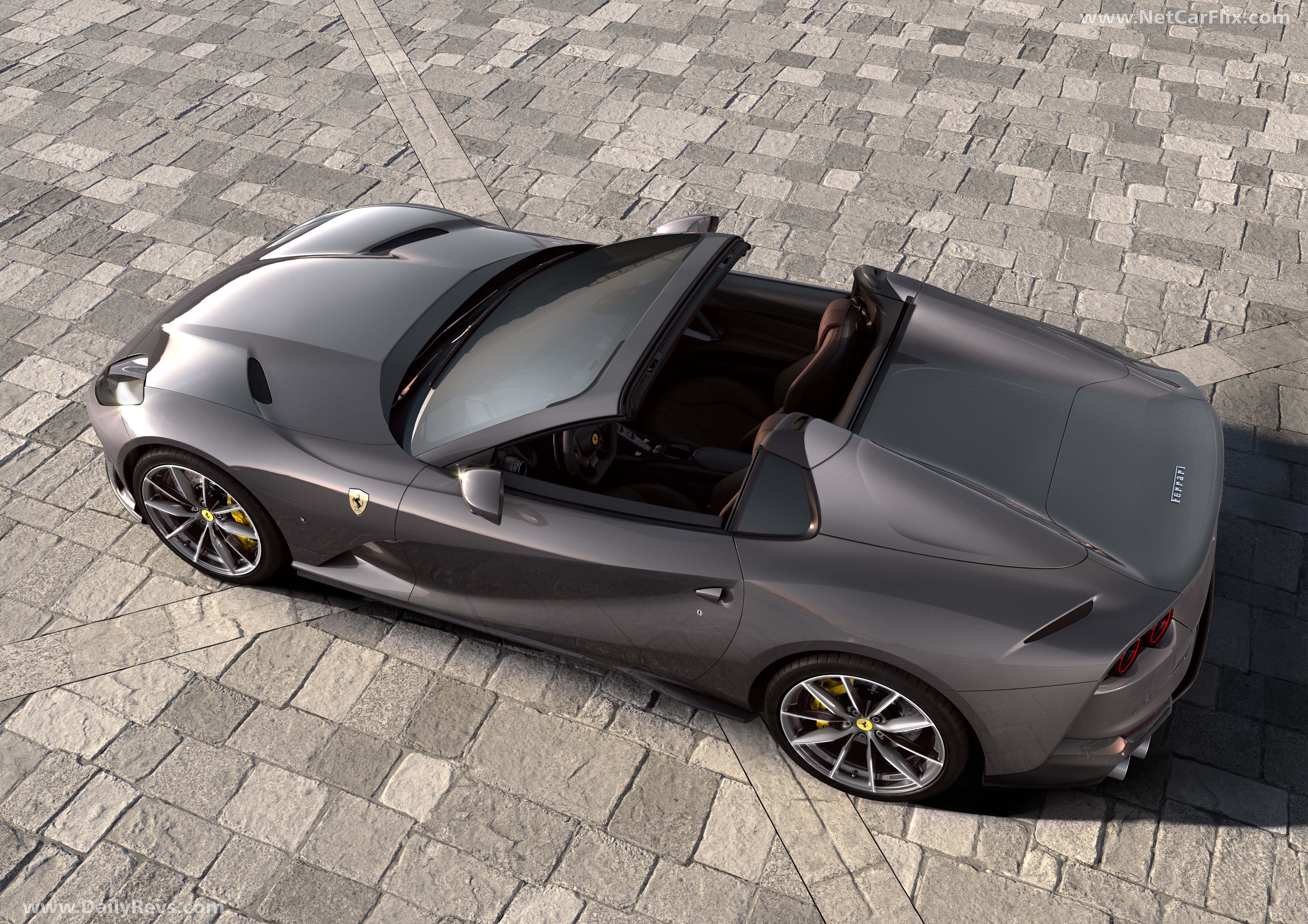 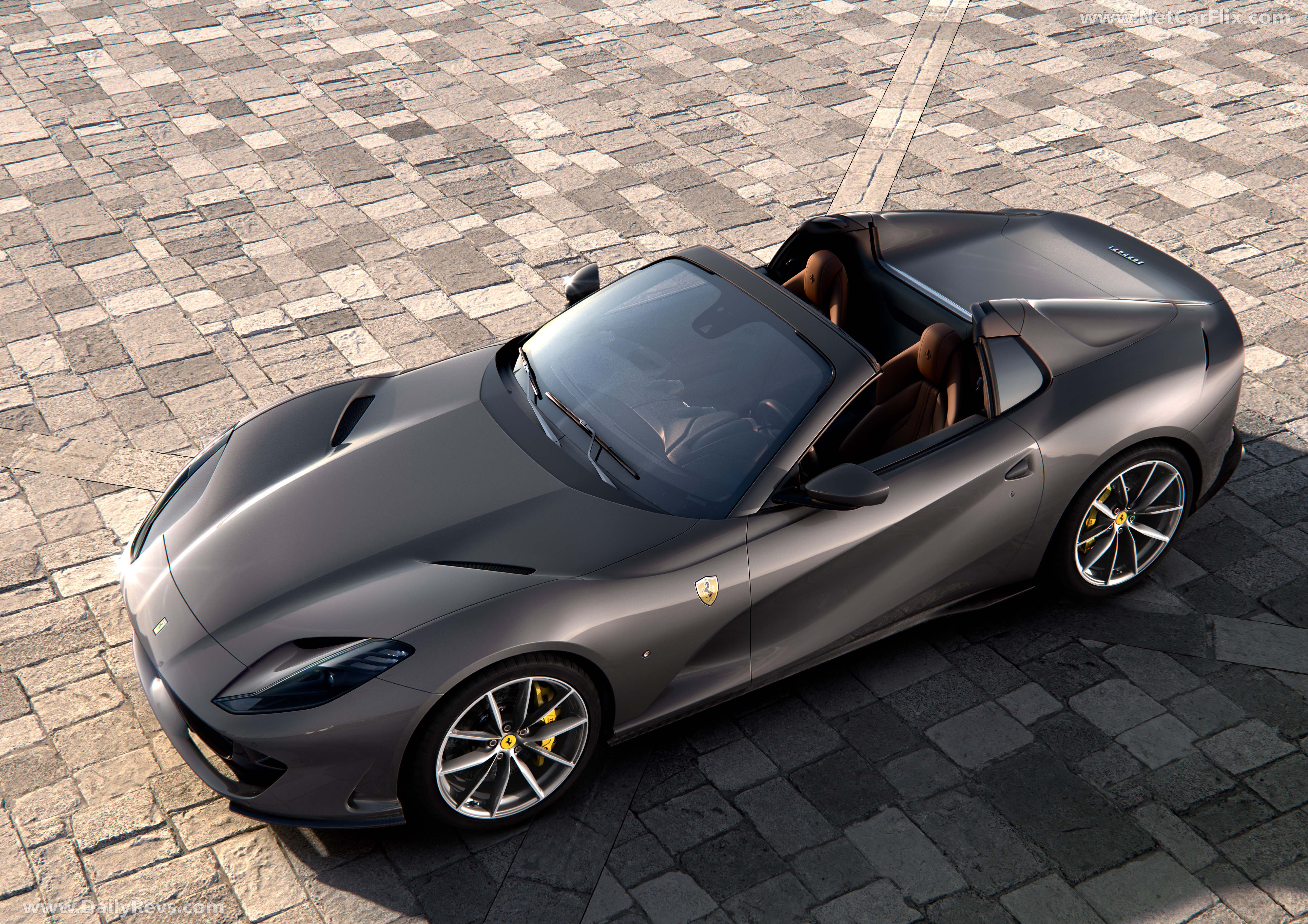 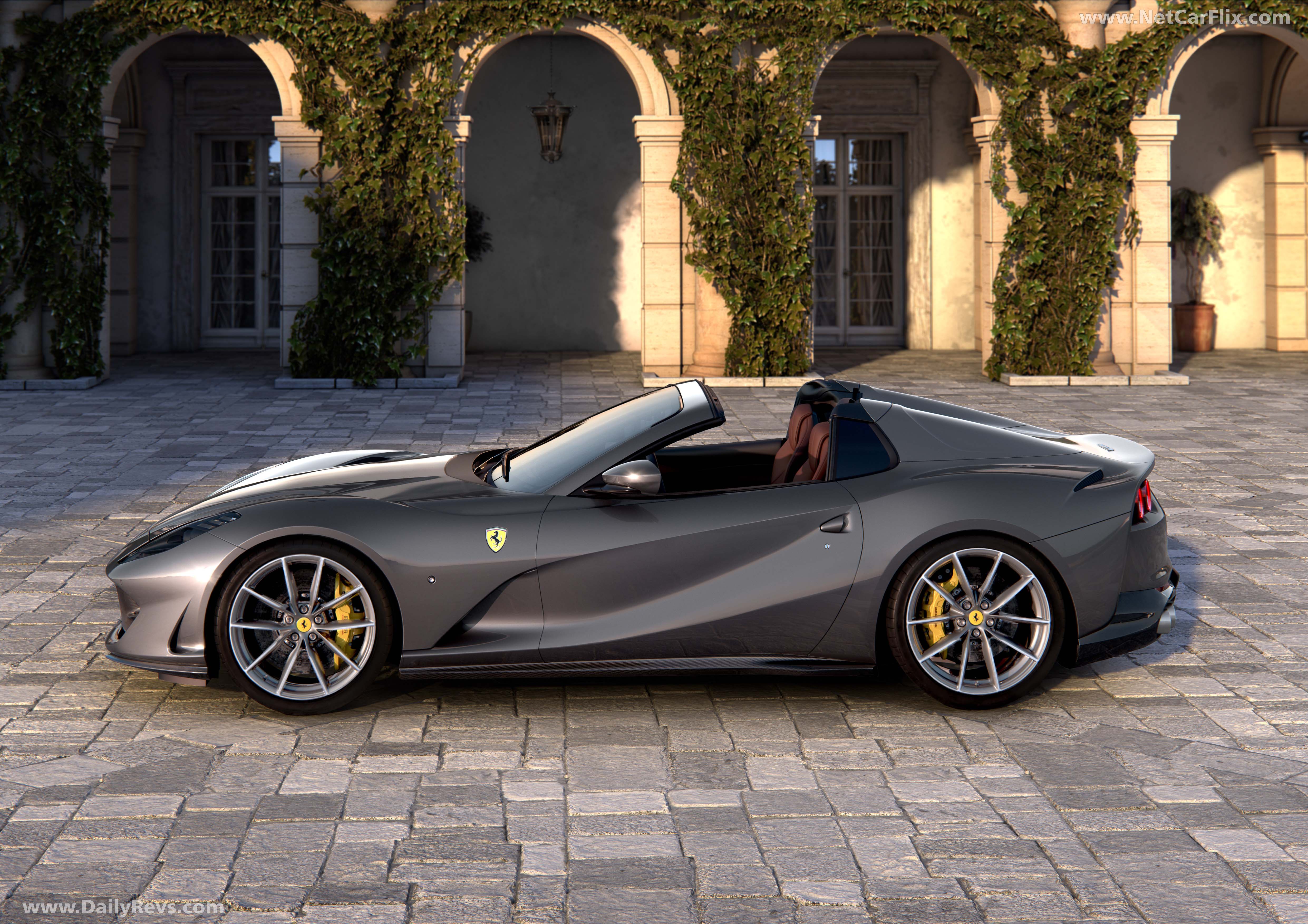 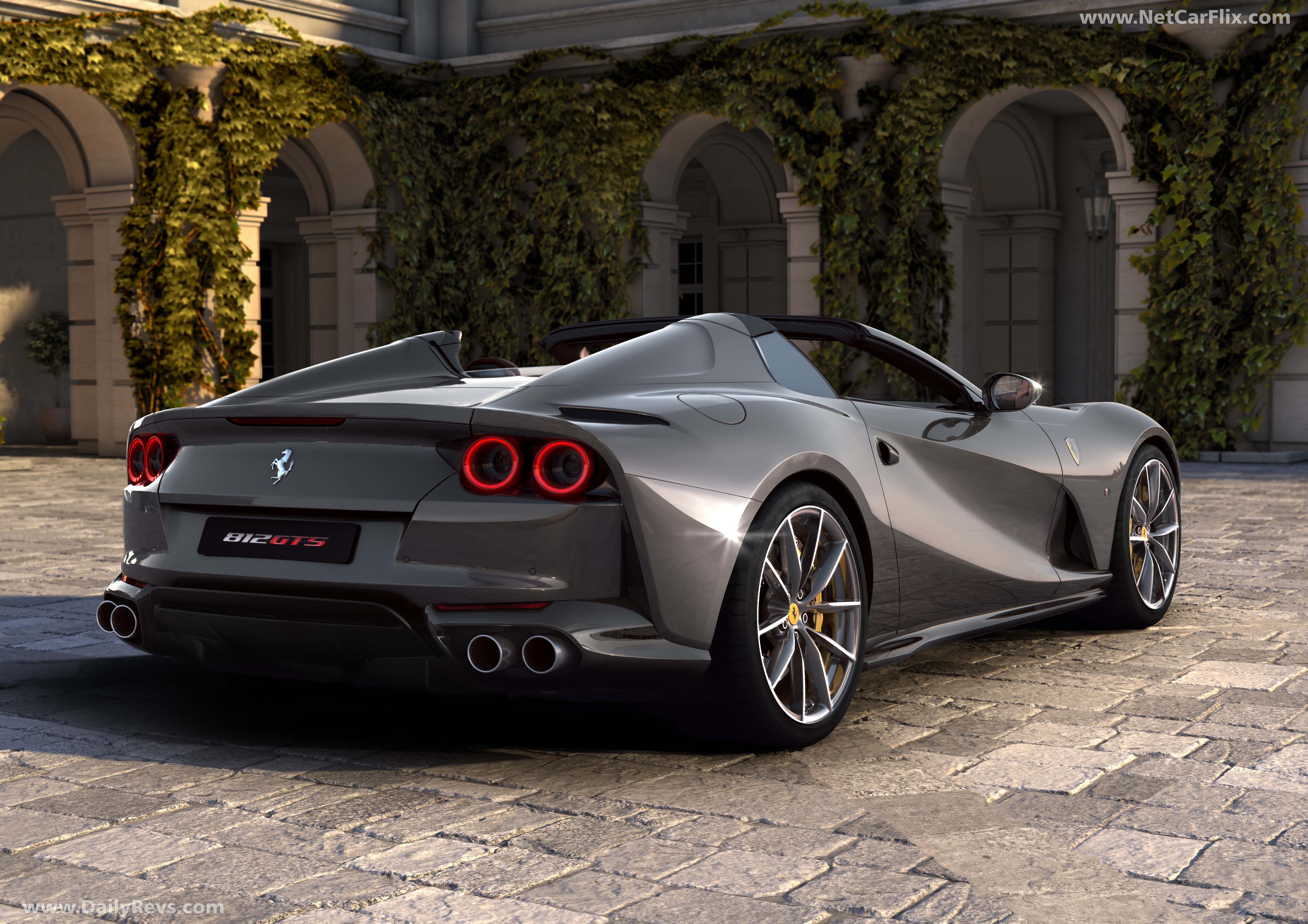 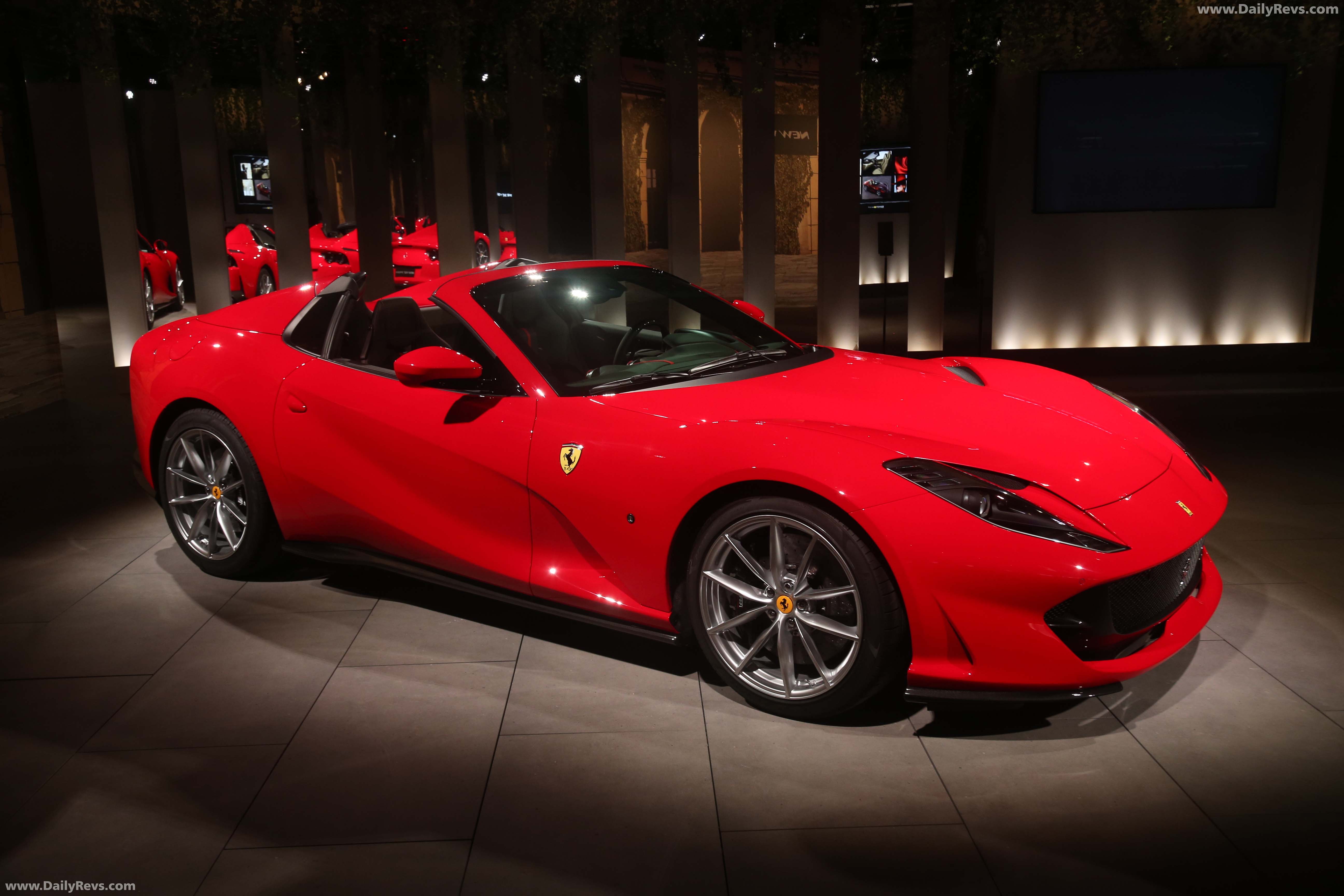 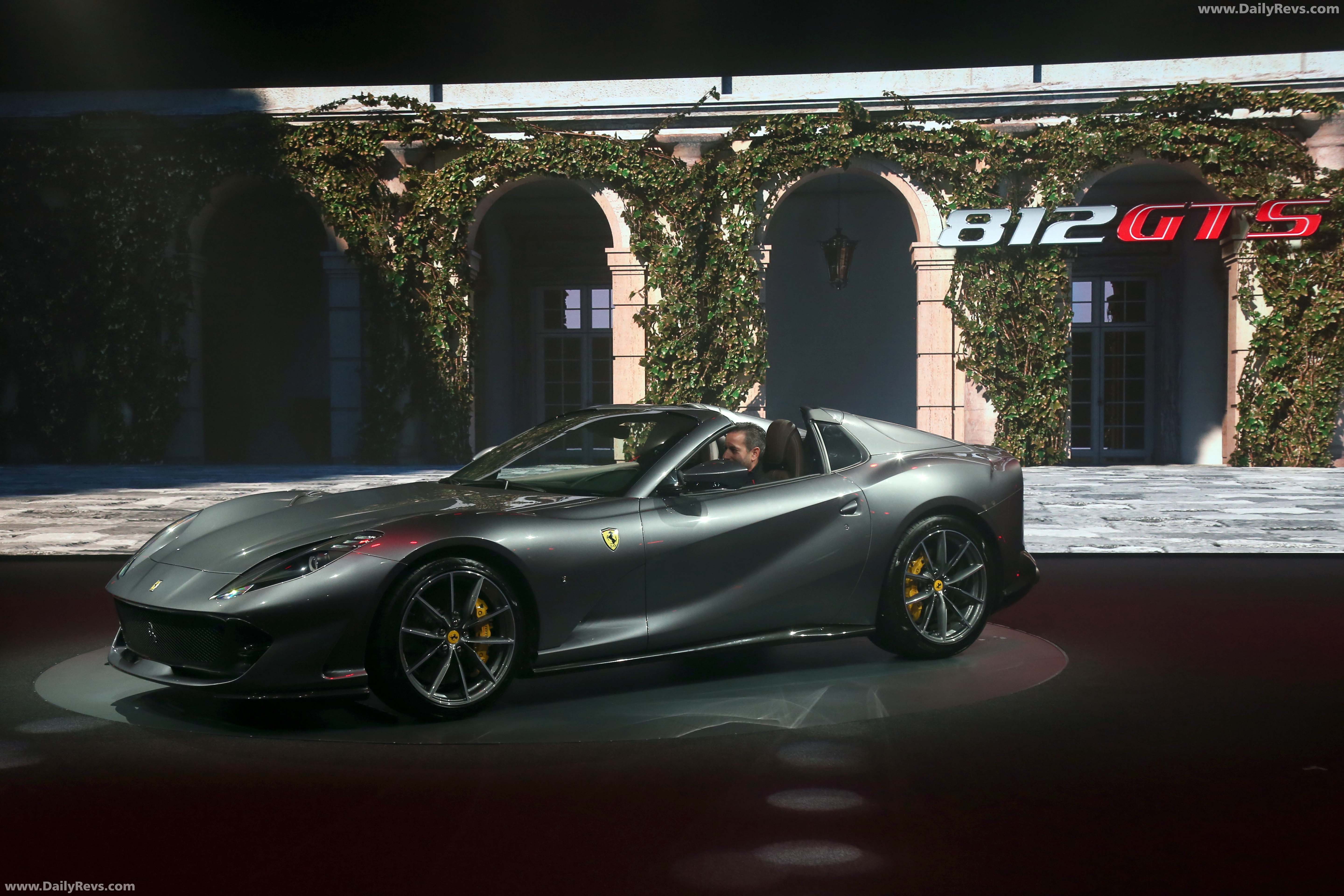 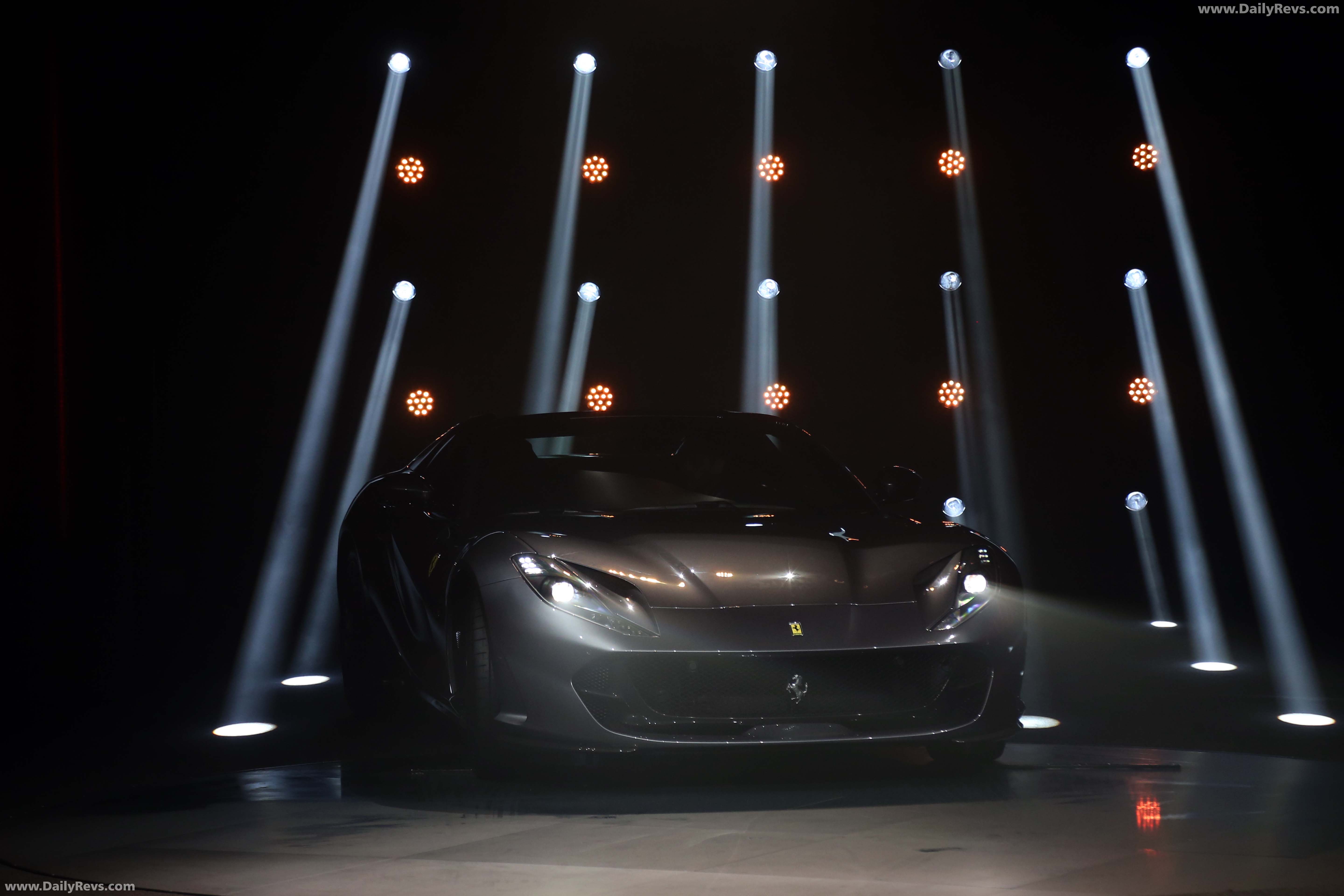 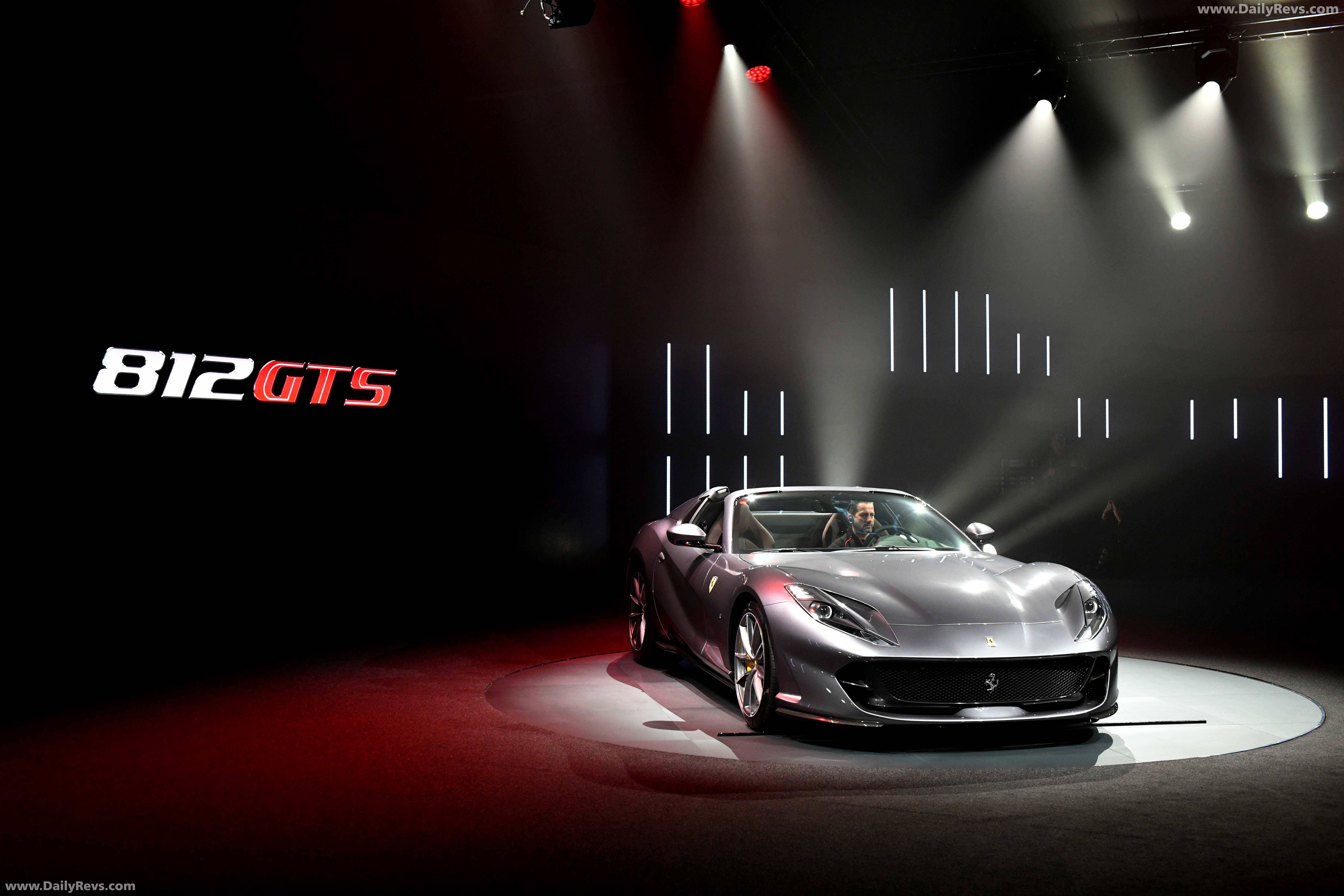 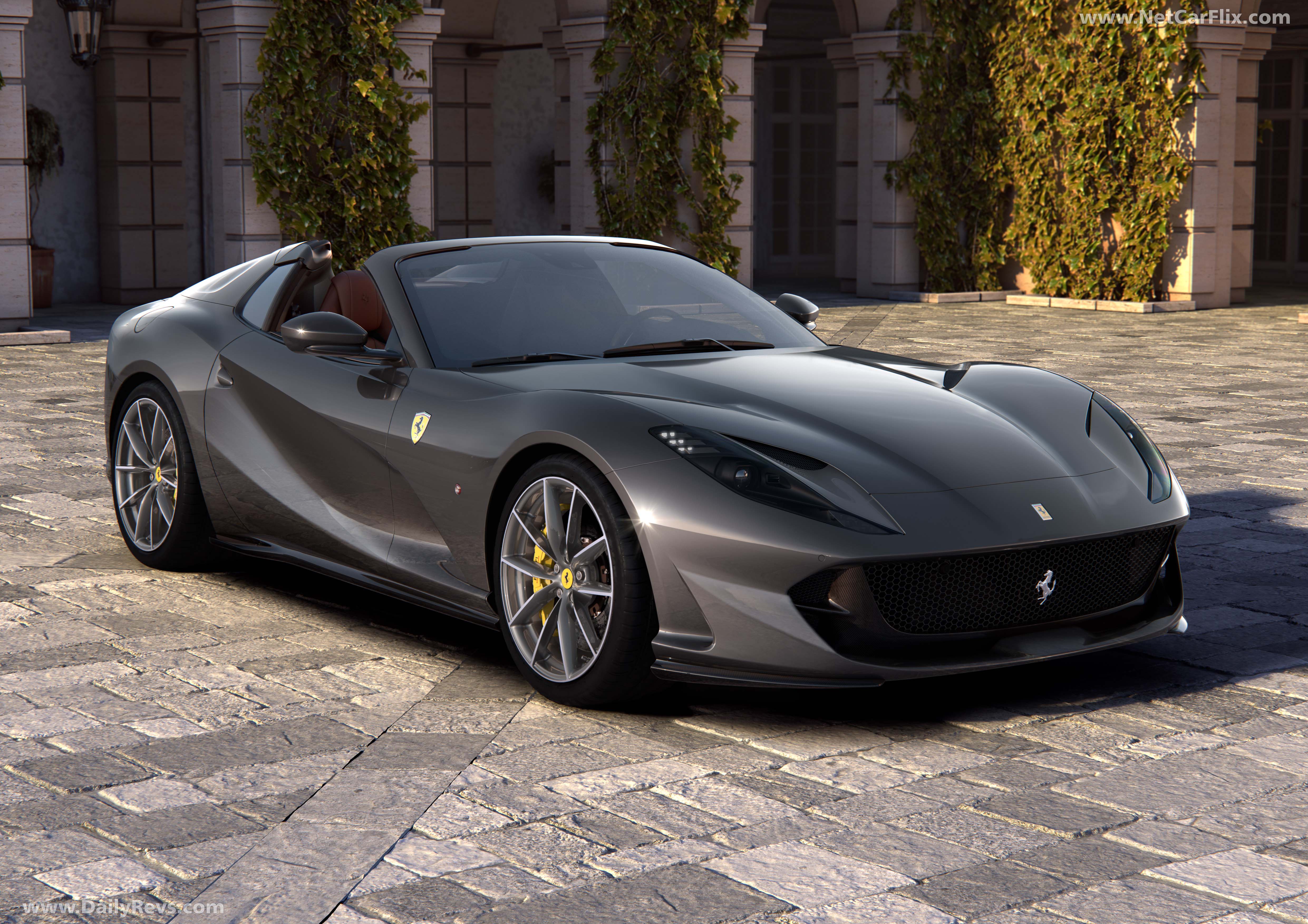 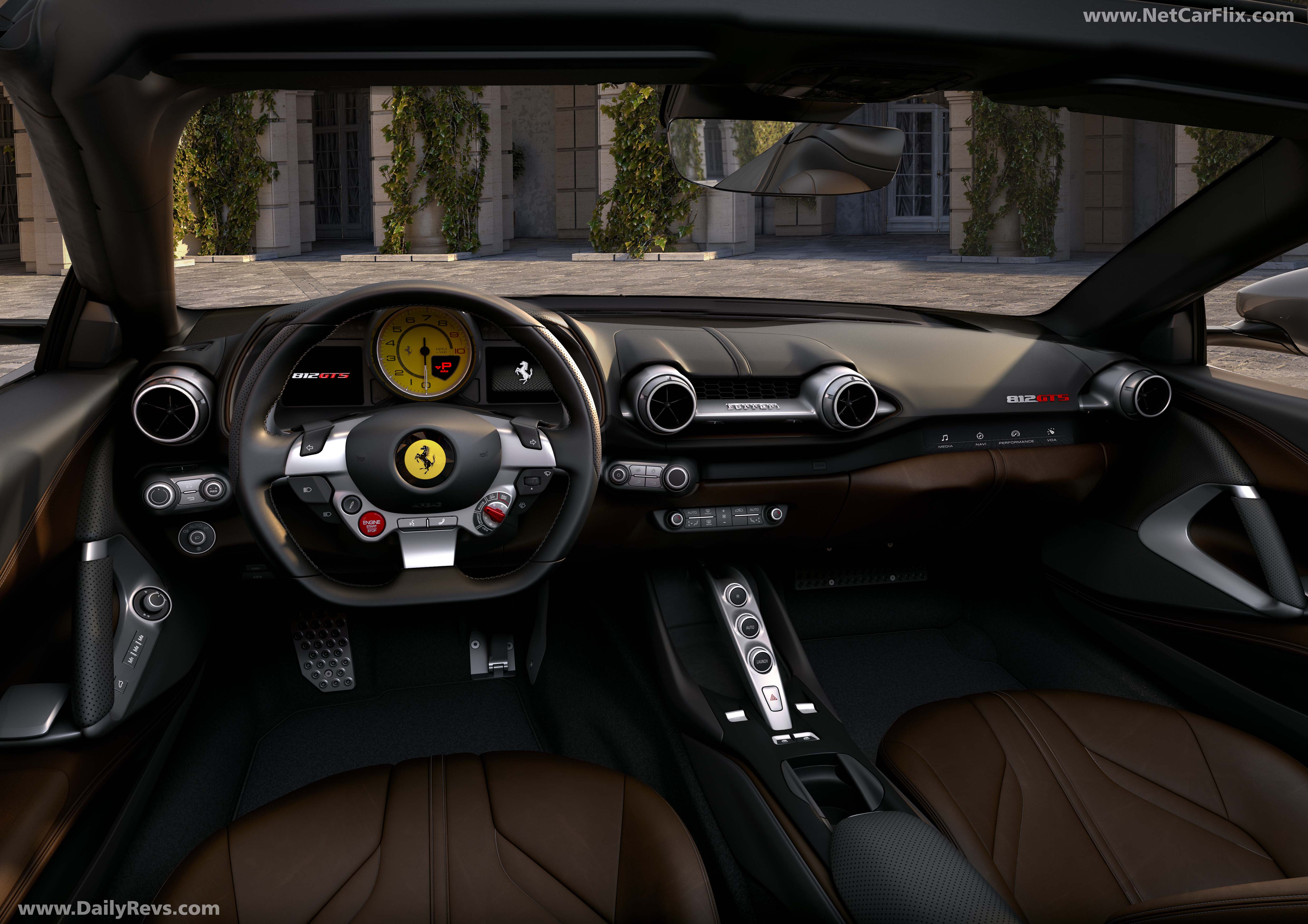 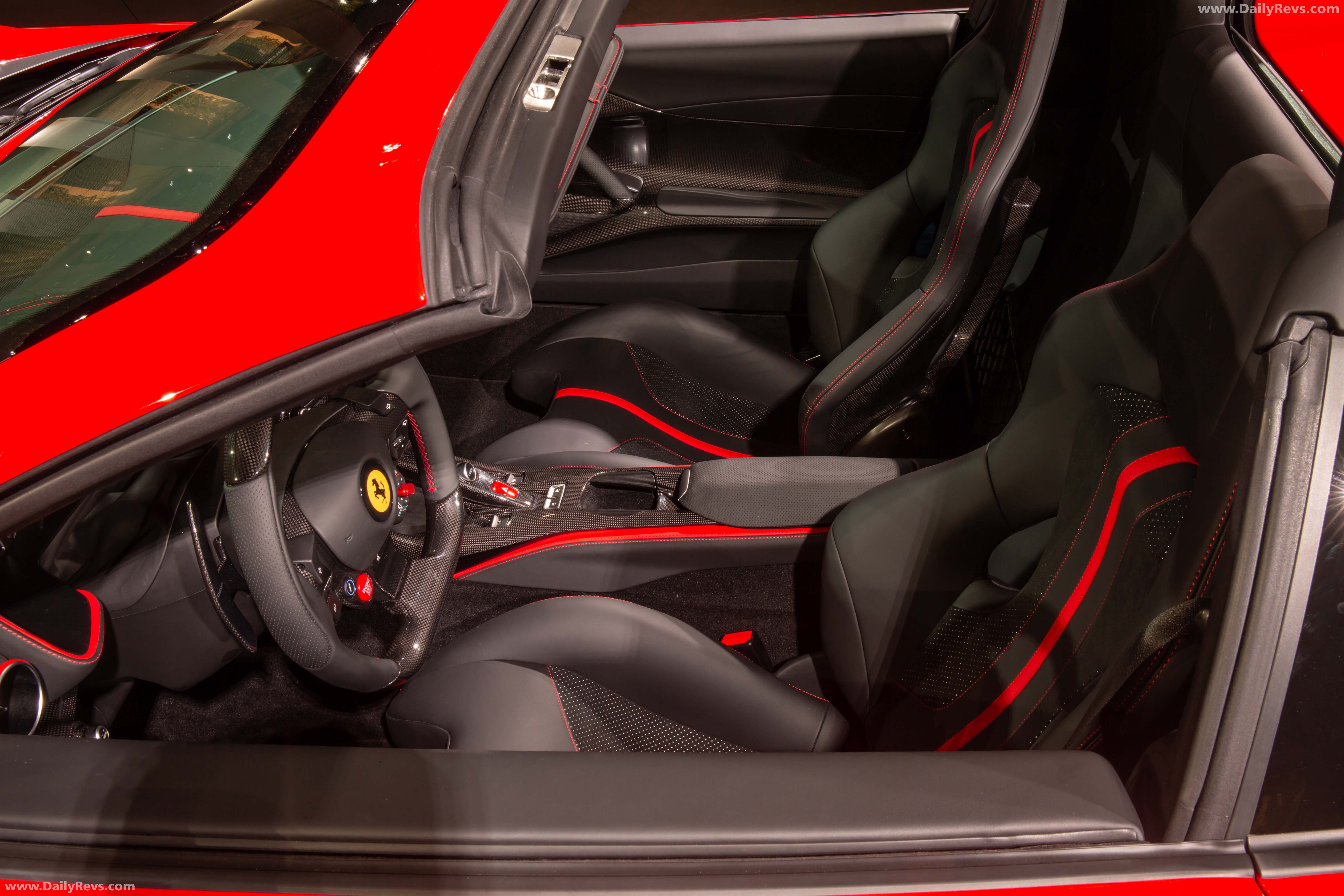 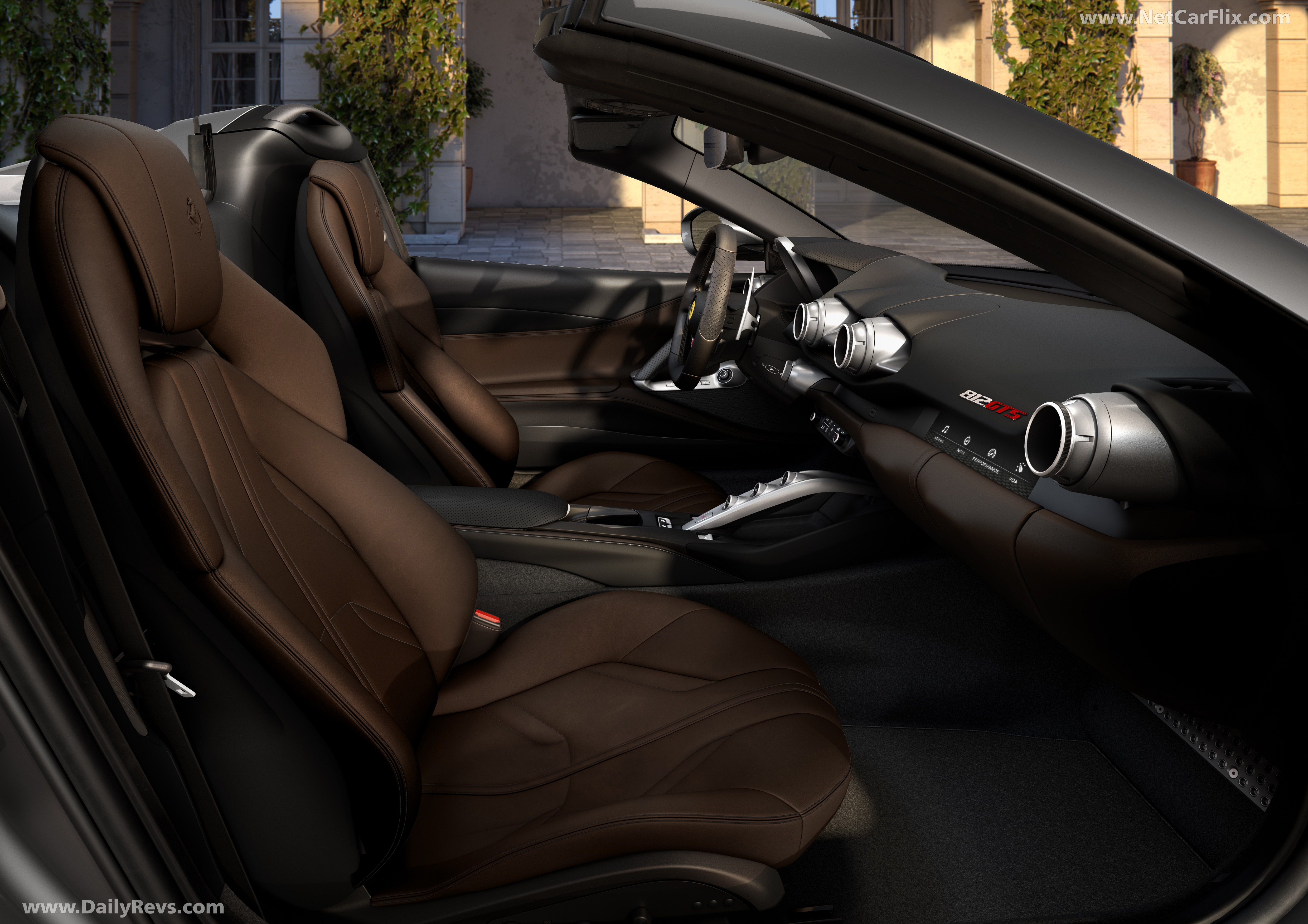 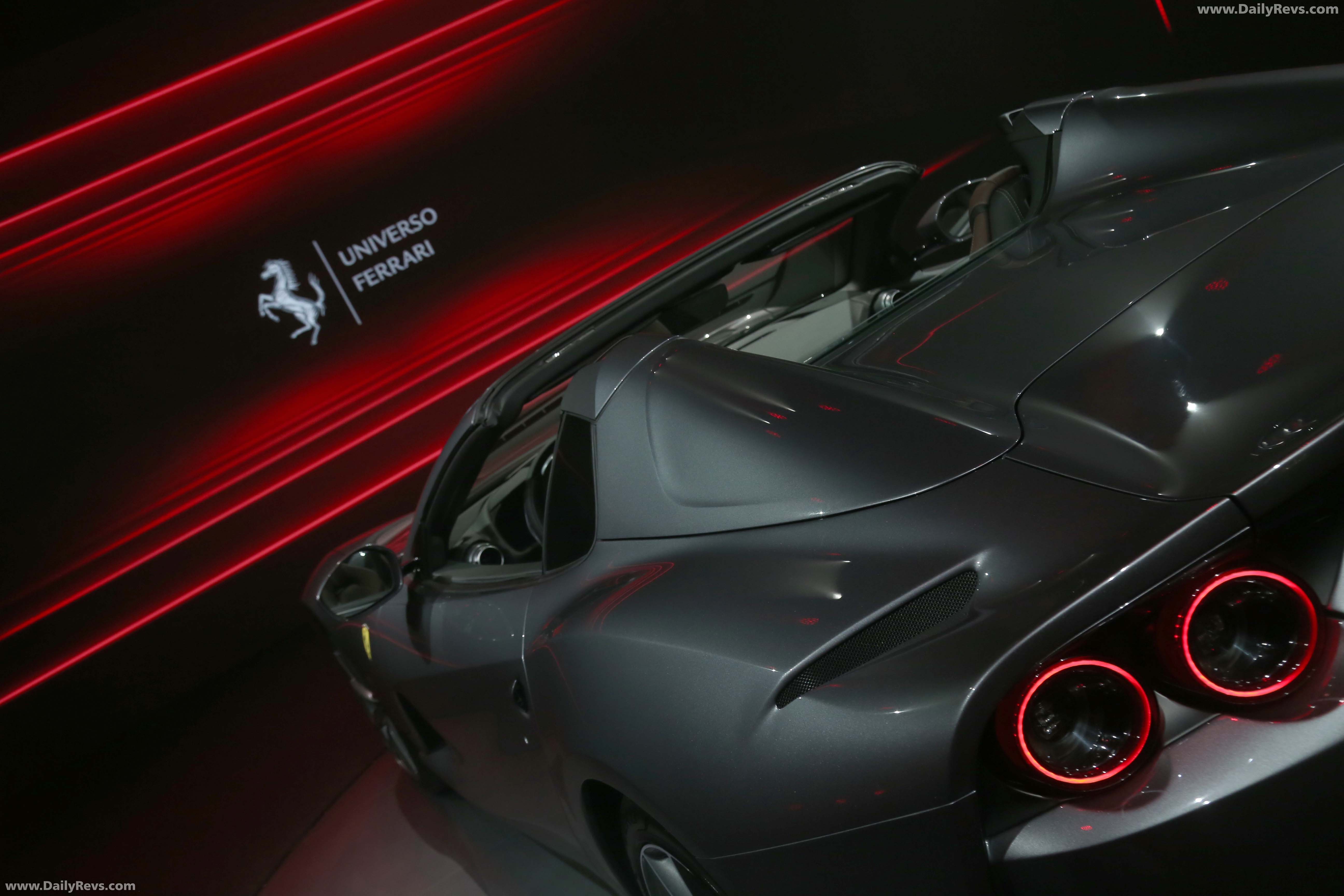 Exactly 50 years on from the debut of the last spider in the Ferrari range to sport a front-mounted V12, the Ferrari 812 GTS hails a triumphant return for a model type that has played a pivotal role in the marque’s history since its foundation.

The Ferrari V12 spider story features many iconic models and began in 1948 with the 166 MM, an authentic thoroughbred competition GT that won the two most prestigious endurance races in the world in 1949: the Mille Miglia and the 24 Hours of Le Mans.

The last in that long lineage was the 1969 365 GTS4, also known as the Daytona Spider because of Ferrari’s legendary victory in the 1967 24 Hours of Daytona when two works 330 P4s and the NART-entered 412 P took the chequered flag side-by-side to occupy the top three places.

The front-mounted V12 architecture has not been used in a Ferrari series-production spider since the 365 GTS4. That said, four special series limited editions have been launched: the 550 Barchetta Pininfarina in 2000, the Superamerica in 2005, the SA Aperta in 2010 and, most recently, the F60 America of which just 10 were built to celebrate Ferrari’s 60th year on the American market in 2014.

Like its historic predecessors, the 812 GTS sets a new benchmark in terms of performance and exclusivity. Sporting Ferrari’s majestic 800 cv V12, it is not merely the most powerful production spider on the market, but also the most versatile, thanks to its retractable hard top, a unique feature in this segment which also guarantees a larger boot capacity.

The retractable hard top (RHT), which opens in just 14 seconds at speeds of up to 45 km/h, does not impinge upon the interior dimensions, thus maintaining the donor car’s roomy cockpit. The electric rear screen, which acts as a wind-stop, makes the car truly useable with the top down while, with the top up, it can be left open to allow occupants to continue to luxuriate in the naturally-aspirated V12’s unique soundtrack. 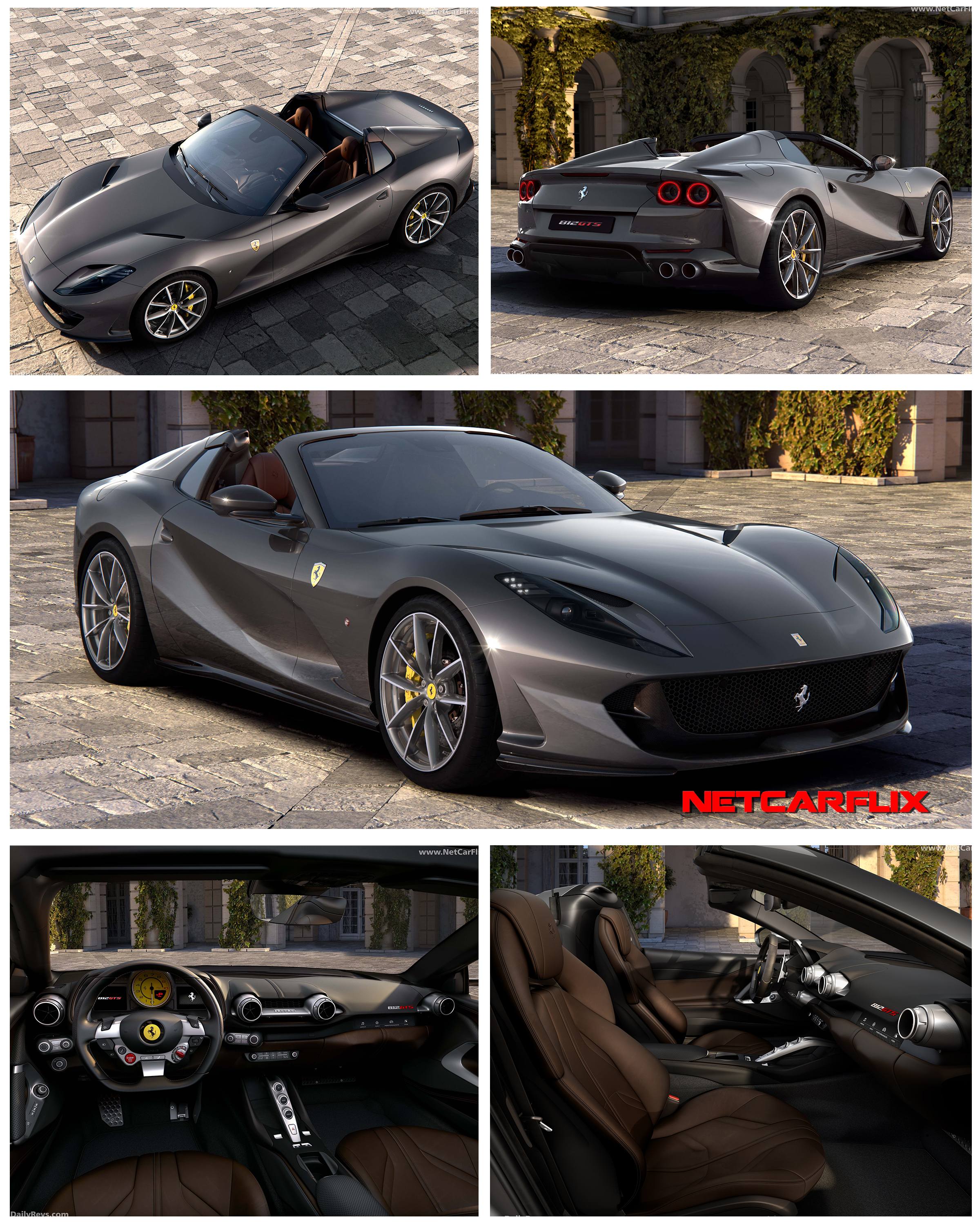 The Ferrari 812 GTS is the spider version of the 812 Superfast, from which it takes both its specifications and performance, most notably the power unit which, thanks to its ability to unleash a massive 800 cv at 8500 rpm, is the most powerful engine in its class. 718 Nm of torque guarantees impressive acceleration virtually on a par with that of the 812 Superfast while the heady 8900 rpm rev limit means that sporty driving is undiminished.

As on the 812 Superfast, these performance levels were achieved in part by optimising the engine design and in part by innovations, such as the use of a 350 bar direct injection system, and the control system for the variable geometry inlet tracts, developed on naturally-aspirated F1 engines. These systems allowed the increase in displacement from 6.2 to 6.5 litres to be exploited to maximise power output whilst retaining excellent pick-up even at low revs.

The high pressure injection system also improves nebulisation of the injected fuel thus dramatically reducing the amount of particulates emitted when the catalytic converter is warming up, and the fitment of a Gasoline Particulate Filter (GPF) together with the Stop&Start On the Move strategy, which cuts and restart the engine while the car is on the move, ensures the engine complies with all emissions regulations.

Particular attention was also paid to calibrating the Manettino settings to enhance the engine’s potential and the sensation of extreme power delivered by the car. That said, the driver will always be able to easily and confidently dose the massive torque available with the accelerator pedal, thanks to smooth, progressive power delivery at all engine speeds.

The shape of the torque curve reveals that torque distribution was not sacrificed to boost power. A significant 80% of maximum torque is available at just 3500 rpm, improving both flexibility and pick-up at lower revs.

The shape of the power curve, which rises constantly all the way to the maximum revs of 8500 rpm, and the rapidity with which engine speed increases, thanks to low inertia, give occupants the feeling of boundless power and acceleration. The latter sensation comes courtesy of the overall increase in maximum power output and the optimisation of the aforementioned power curve between 6500 and 8900 rpm, which maximises the average horse power exploitable for press-on track driving when engine revs are kept consistently high.

The dual-clutch transmission’s gear-shift strategies enhance the car’s sportiness. When the Manettino is in sportier settings, both up- and down-shift times have been significantly cut and the transition time has been optimised to enhance the driver experience. Combined with the shortened gear ratios, these modifications, mean that occupants will instantly feel that the car’s response to the throttle.

The geometry of the exhaust system was evolved to increase and balance the sound from the engine and tailpipes, with the aim of accentuating the car’s extremely sporty character with the roof down.

Exhaust-wise, prevalence was given to combustion order harmonics by modifying the geometry of the centre extension pipes. All the pipes in the 6-in-1 exhaust manifold to the monolithic catalytic converter are of equal-length and this optimises the sound by giving predominance to the first-order combustion harmonics. The result is a full-bodied V12 sound in the cabin in all kinds of driving but which is particularly appreciable when the roof is open.

Designed by the Ferrari Styling Centre and based on the 812 Superfast, the 812 GTS echoes the formal language and proportions of Ferrari’s front-engined V12 without altering either its exterior dimensions or interior space and comfort, so it represents the perfect marriage of sportiness and elegance. From the side view the 812 GTS has a fastback sleekness: a two-box design with a high tail reminiscent of the glorious 365 GTB4 (Daytona) of 1968.

The draped design of the flanks visually shortens the tail and is characterised by sharply slanted crease lines and impressively muscular wheelarches that imbue it with the power and aggression warranted by its imposing V12.

On the spider version of the 812 Superfast, the entire rear of the car – roof, tonneau cover and luggage compartment – has been redesigned. The idea was to lend the car a new blend of sleekness and balance, thanks to two buttresses beneath which the roof movement mechanism is stowed. The buttresses were designed to visually embody a sense of forward thrust and lend the side windows a signature look that would set the spider apart from the berlinetta. When the top is dropped, the roof panels disappear beneath the aforementioned tonneau cover.

From a stylistic perspective, the rear wheelarch has lost the 812 Superfast’s characteristic aerodynamic by-pass. The absence of this duct has been compensated for, however, by reconfiguring the rear diffuser which now has an additional flap.

Aerodynamically, the 812 GTS posed two main challenges for the Ferrari designers: how to guarantee the same performance as the coupé version with the top up and, at the same time, ensure maximum passenger comfort with the roof down.

In terms of pure aerodynamic performance, the retractable hard top and its stowage compartment required that the rear of the car be modified. Thanks to meticulous resculpting of the tonneau cover surfaces and, most importantly, the integration of a triplane wing into rear diffuser to create efficient suction (and thus downforce) from the underbody, the aerodynamicists were able to compensate for the downforce lost by the removal of the 812 Superfast’s rear wheelarch by-pass duct, the air intake of which was behind the quarterlight.

Drag, on the other hand, was cut by using the air vents on top of the rear flank to efficiently channel excess pressure build-up out of the wheel well.

Meticulously detailed work went into guaranteeing an excellent standard of comfort on-board with the top down. There was huge focus on minimising both turbulence inside the cabin and aerodynamic noise to ensure occupants could converse undisturbed even at high speeds.

As with the LaFerrari Aperta, two small L-shaped flaps on the upper corners of the windscreen generate a coherent concentrated vortex that creates outwash in the velocity field immediately above the rear screen, thereby avoiding excess pressure behind the occupants’ heads.

In this area, the aerodynamicists created an aerodynamic passage in the front trim of the two buttresses that fair in the seats, and topped it with an aerofoil which channels the airflow striking the trim into the tonneau zone at the rear, thus facilitating both venting of pressure in the cabin and recompression of the separation bubble downstream from the wind stop which in turn benefits aerodynamic efficiency and stabilises the flow.

The aim in developing the 812 GTS was to retain the exhilarating feeling of speed and power delivered by the berlinetta version in terms of accelerating, response times and agility.

The Ferrari 812 GTS is equipped with all of the 812 Superfast’s new generation components and control systems and, like it, delivers impressive handling. It sports Electric Power Steering (EPS) which, in line with Ferrari tradition, is used to fully exploit the potential of the car in terms of performance by integrating it with all of the electronic vehicle dynamics controls, including Version 5.0 of Ferrari’s patented SSC. Another of the integrated systems is the Virtual Short Wheelbase 2.0 system (PCV), which has been further evolved based on experience gained since its debut on the F12tdf.

Ferrari Peak Performance (FPP): when cornering, the steering wheel torque will provide the driver with an indication that the car is getting closer to its limit of grip, helping the control of that dynamic state:

Consequently, its overall performance levels are very close to those of the berlinetta, with 0-100 km/h acceleration in under 3 seconds and 0-200 km/h in just 8,3 seconds. The Ferrari 812 GTS’s maximum speed is the same as the berlinetta’s: 340 km/h.

Ferrari’s unparalleled quality standards and increasing focus on client service underpin the extended seven-year maintenance programme offered with the Ferrari 812 GTS. Available across the entire Ferrari range, the programme covers all regular maintenance for the first seven years of the car’s life. This scheduled maintenance is an exclusive service that allows clients the certainty that their car is being kept at peak performance and safety over the years. This very special service is also available to owners buying pre-owned Ferraris.

Regular maintenance (at intervals of either 20,000 km or once a year with no mileage restrictions), original spares and meticulous checks by staff trained directly at the Ferrari Training Centre in Maranello using the most modern diagnostic tools are just some of the advantages of the Genuine Maintenance Programme. The service is available on all markets worldwide and from all Dealerships on the Official Dealership Network.

The Genuine Maintenance programme further extends the range of after-sales services offered by Ferrari to satisfy clients wishing to preserve the performance and excellence that are the signatures of all cars built at the factory in Maranello which has always been synonymous with leading-edge technology and sportiness. 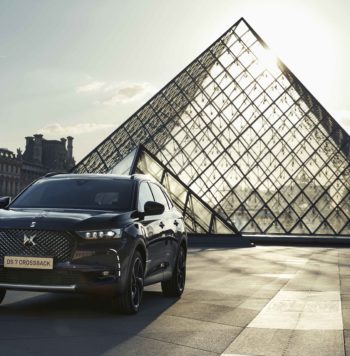 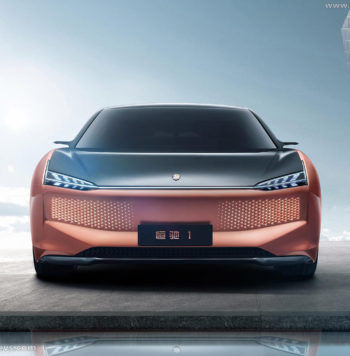 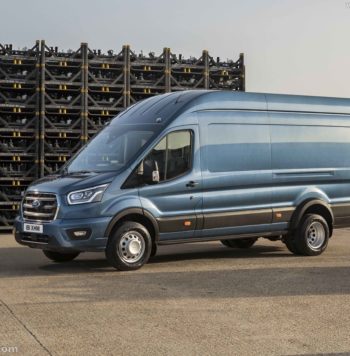