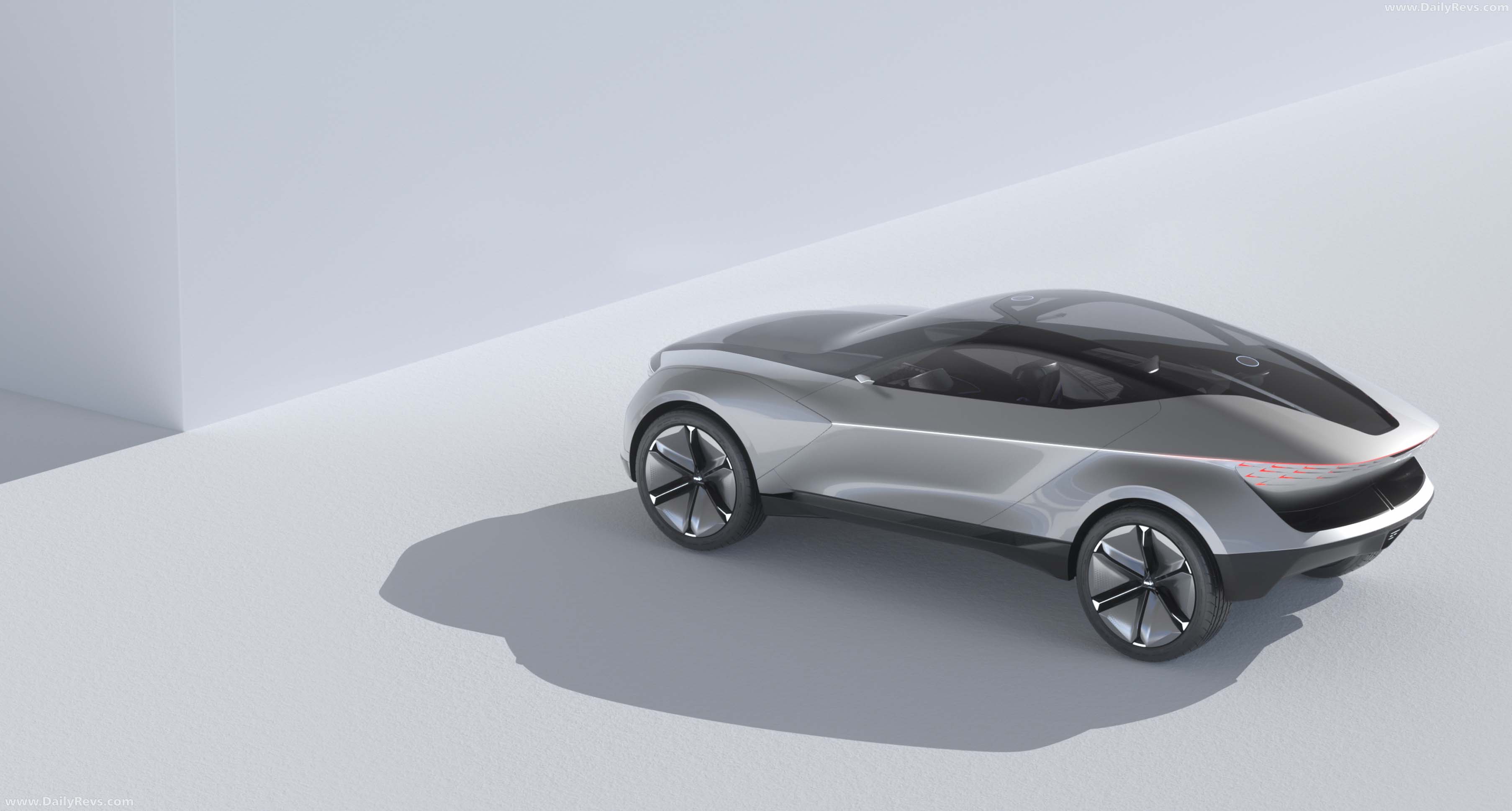 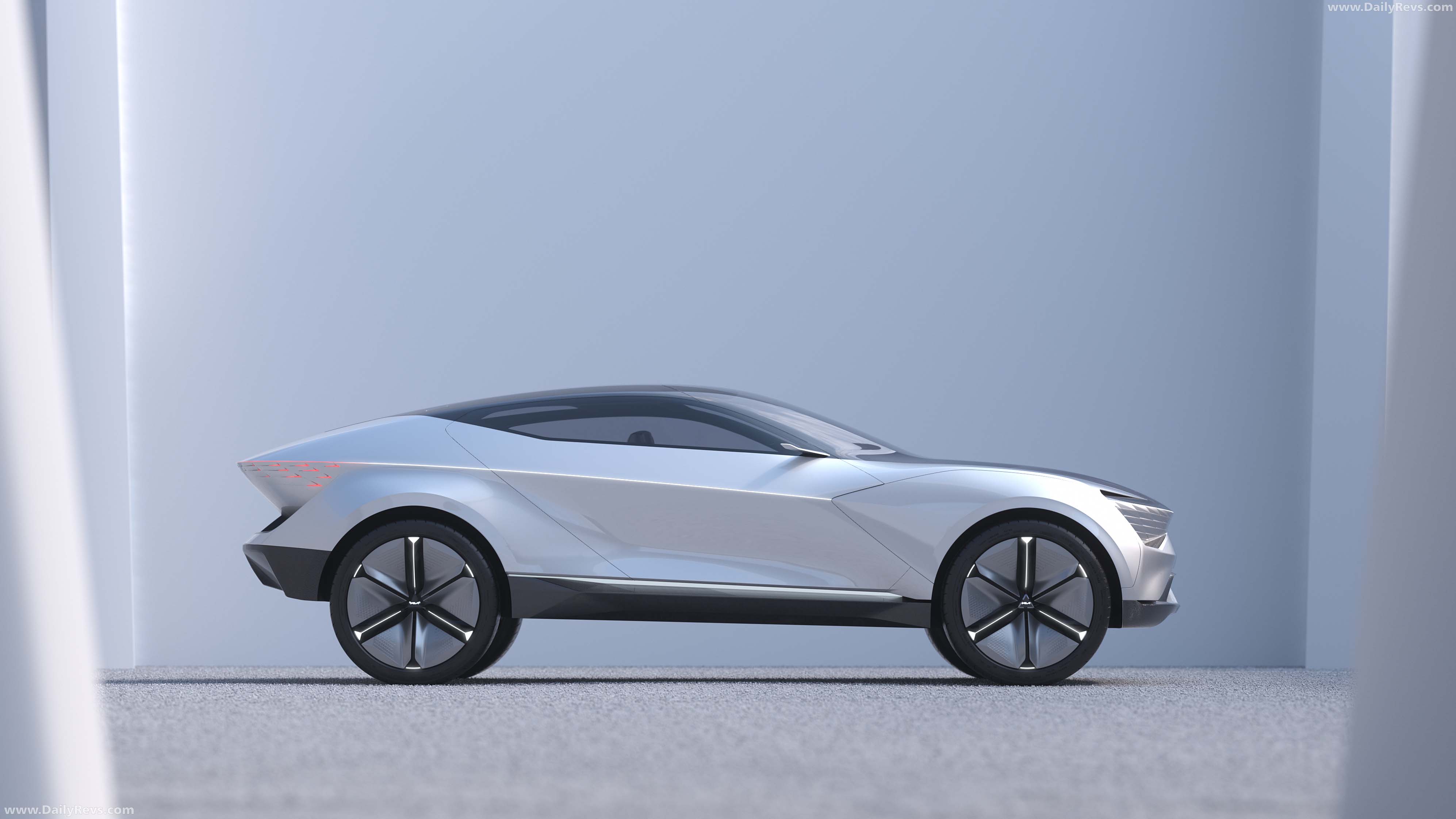 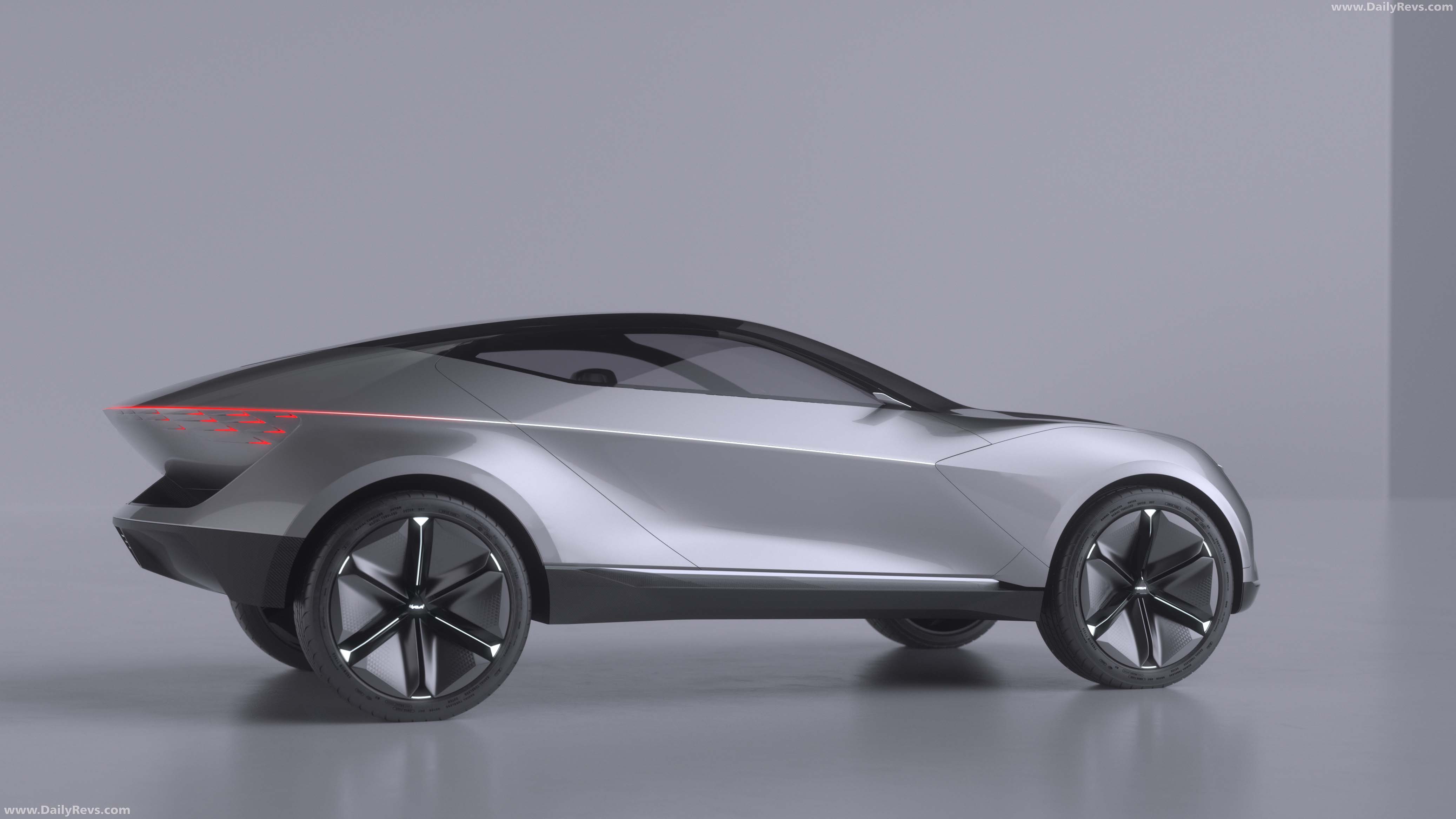 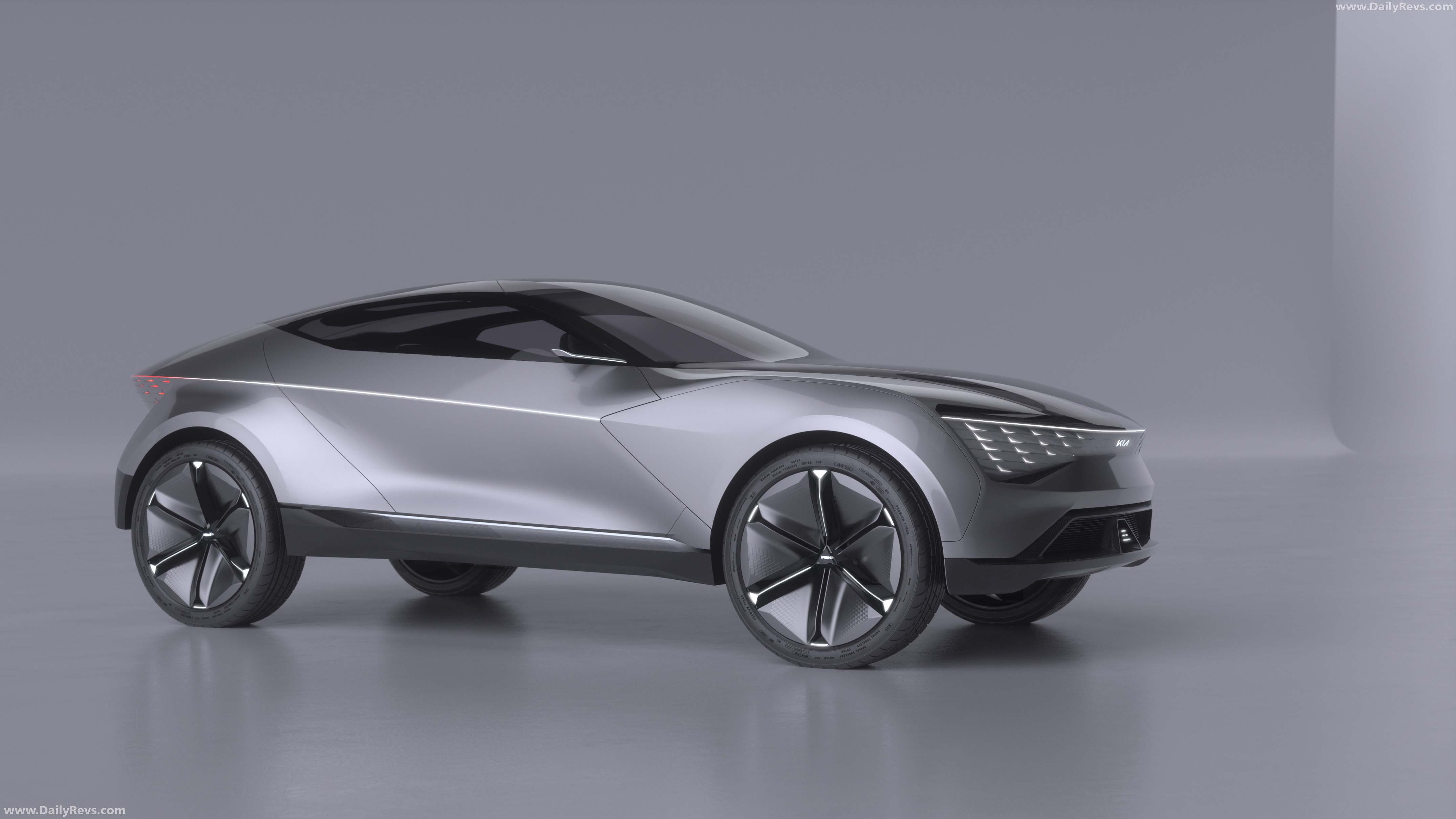 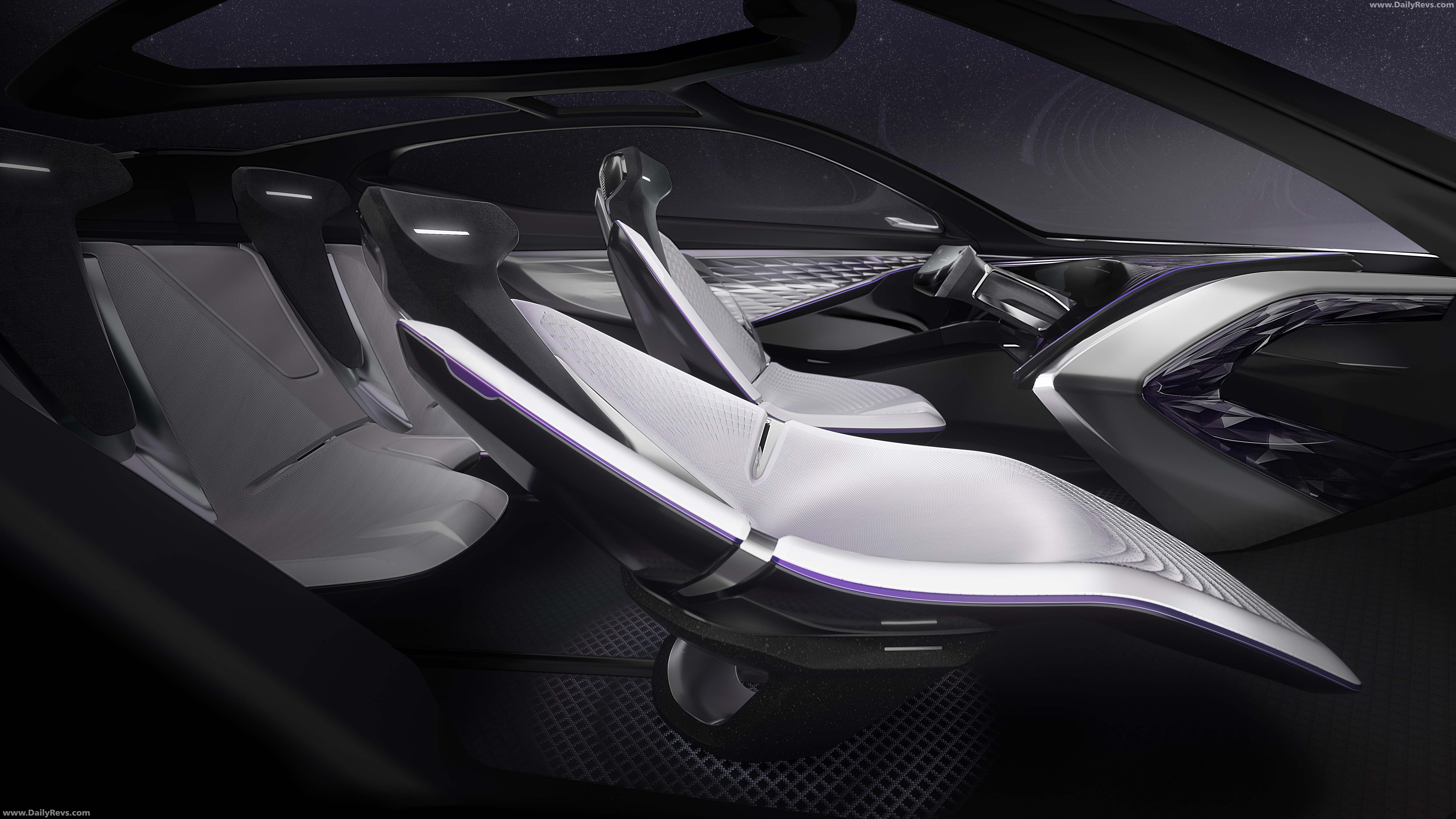 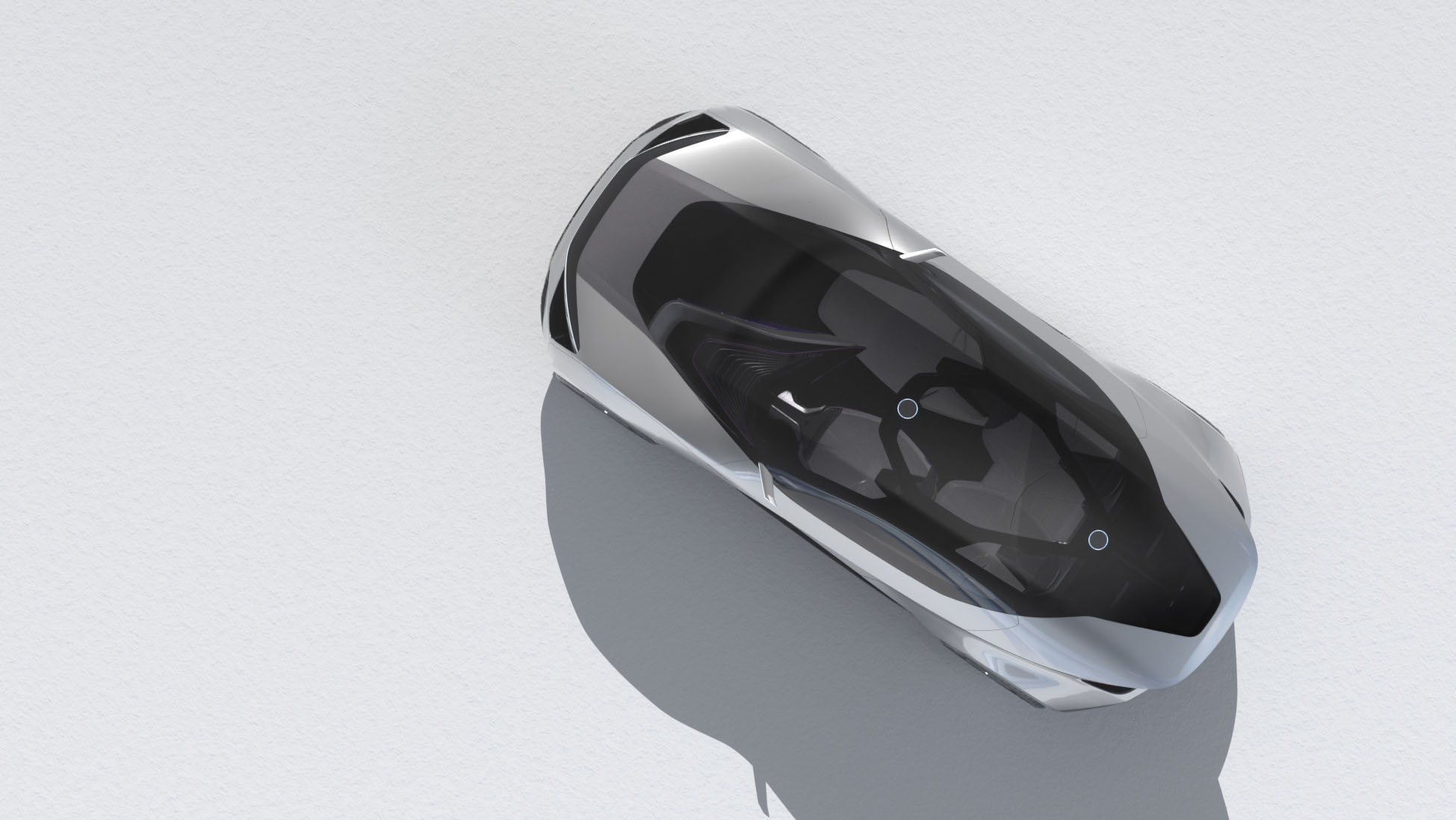 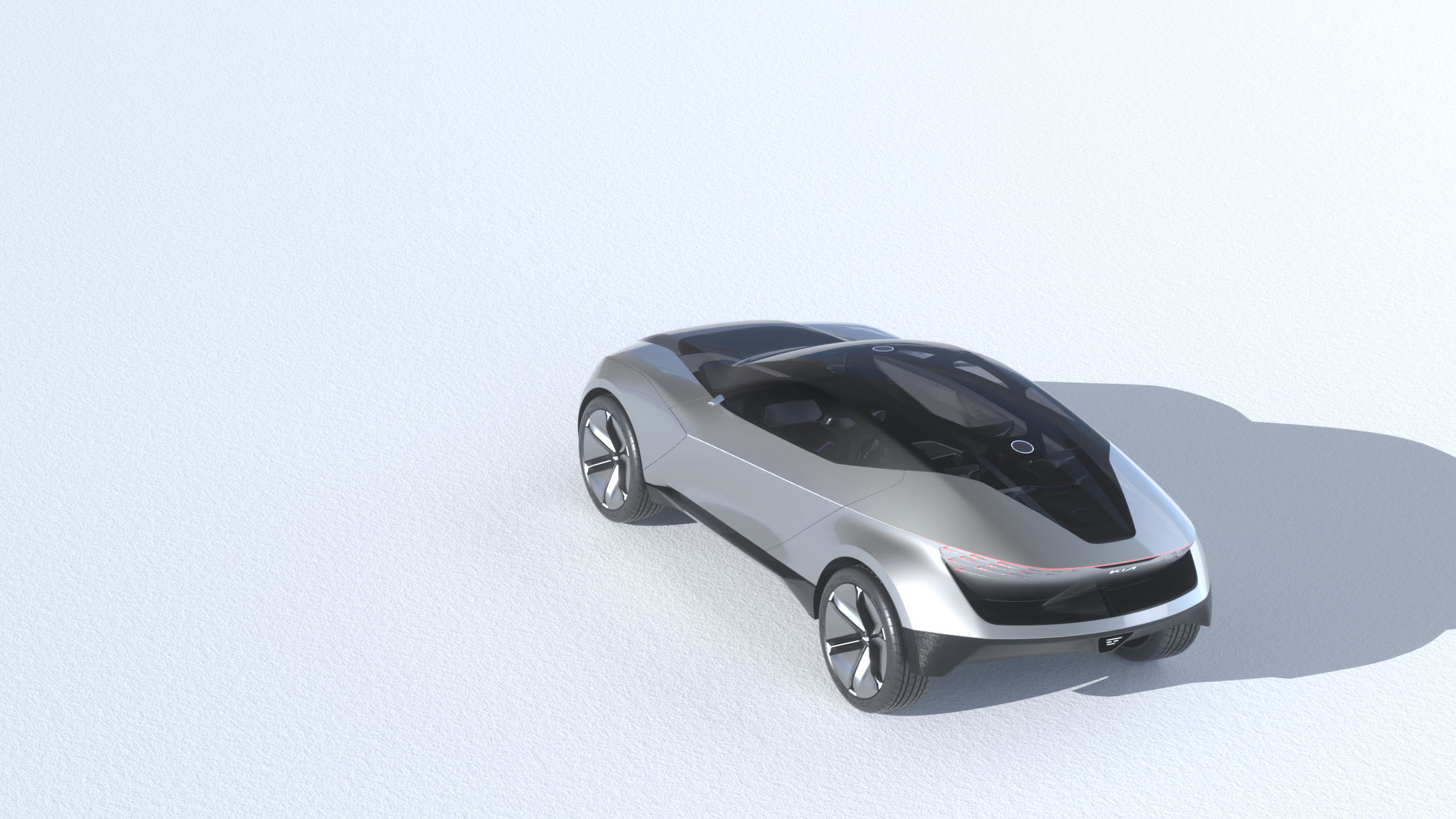 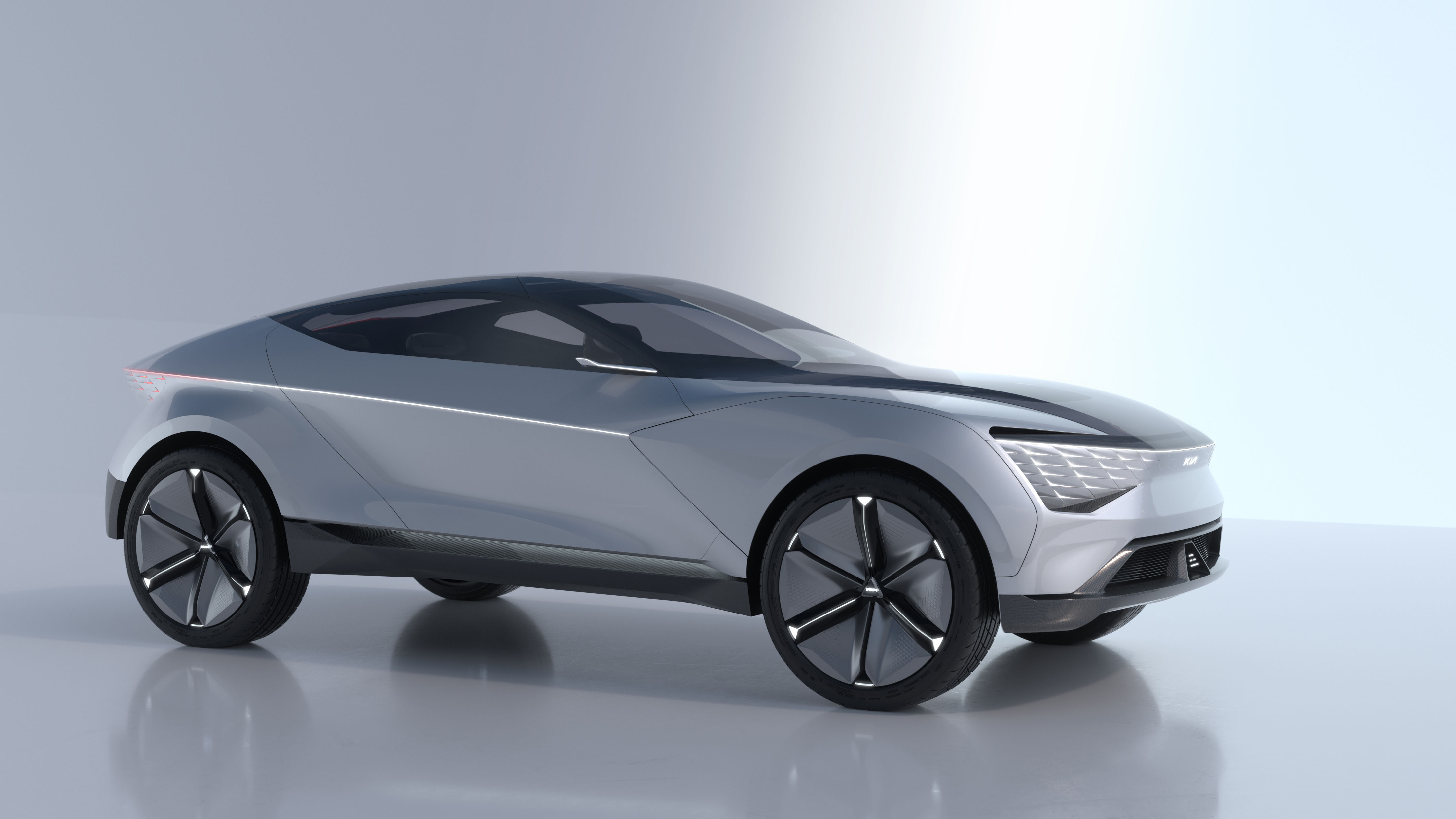 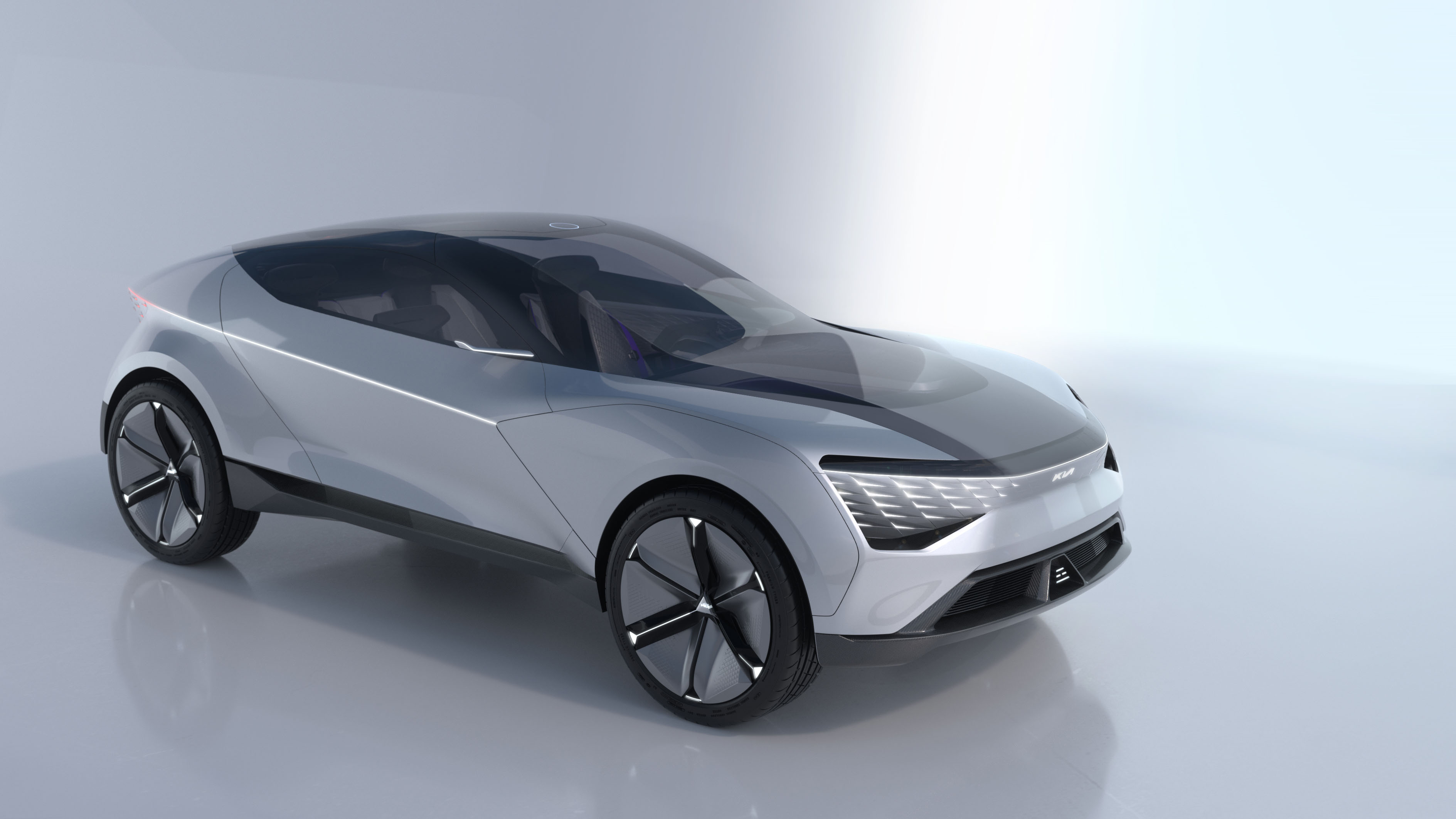 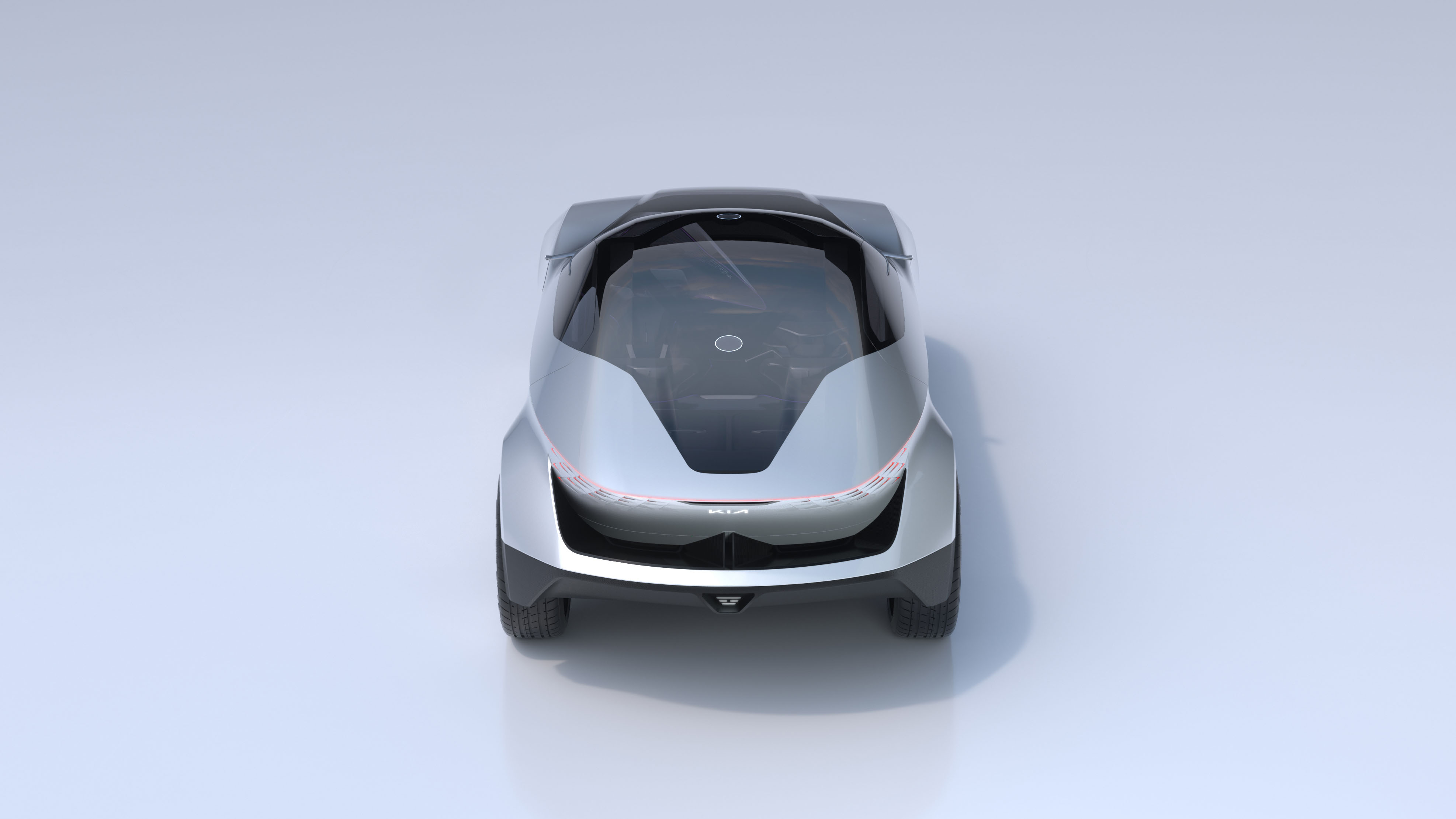 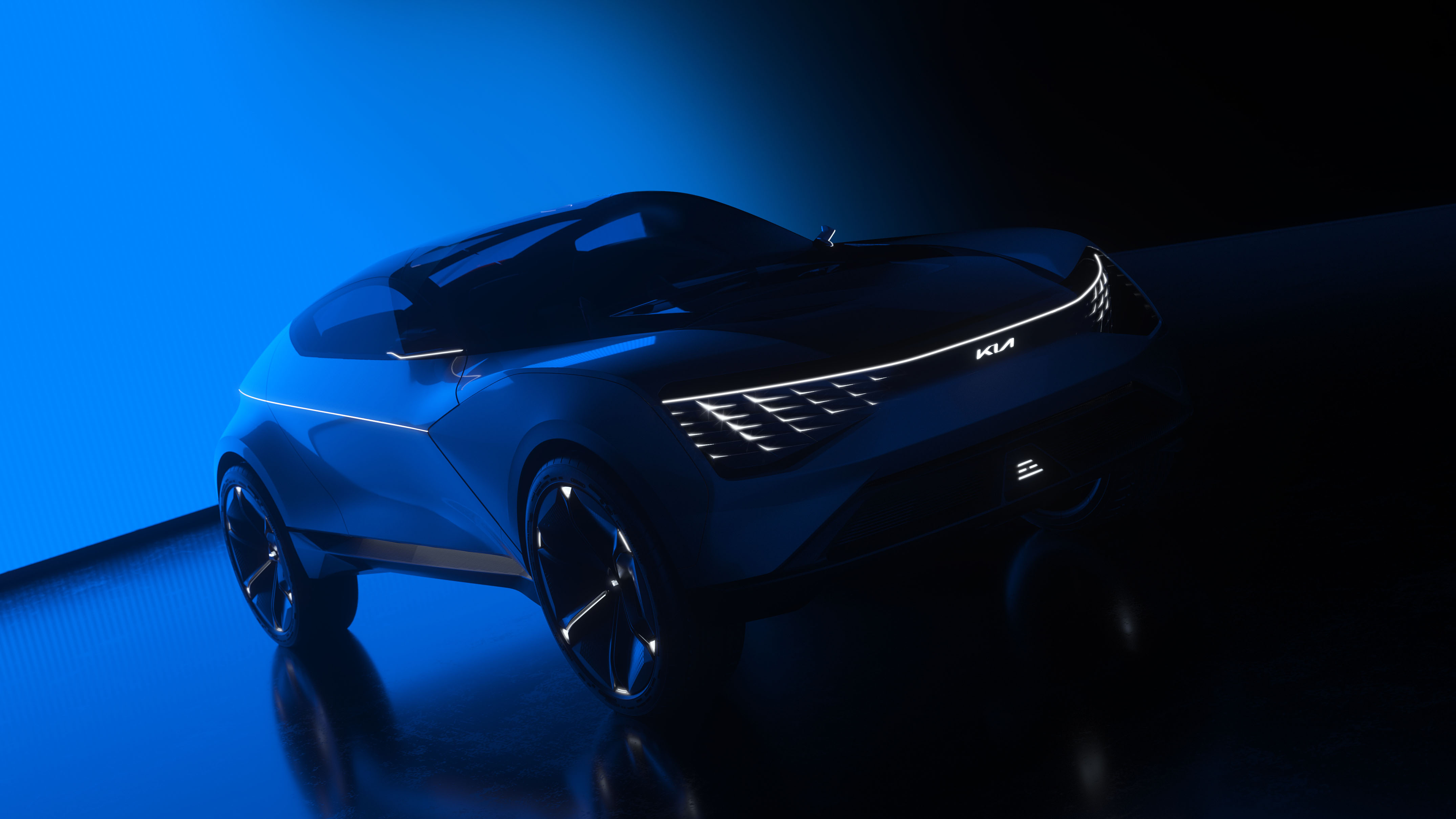 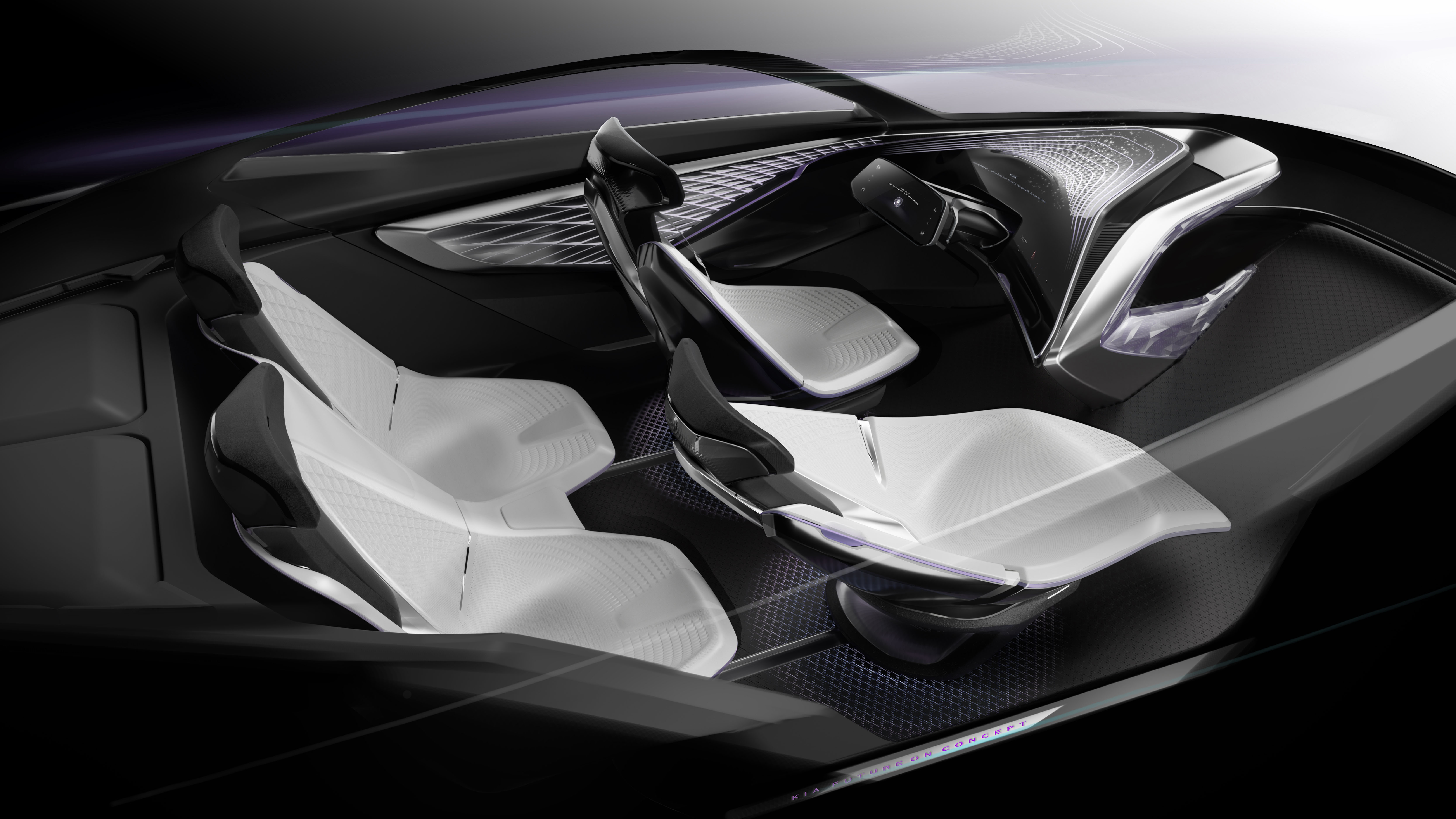 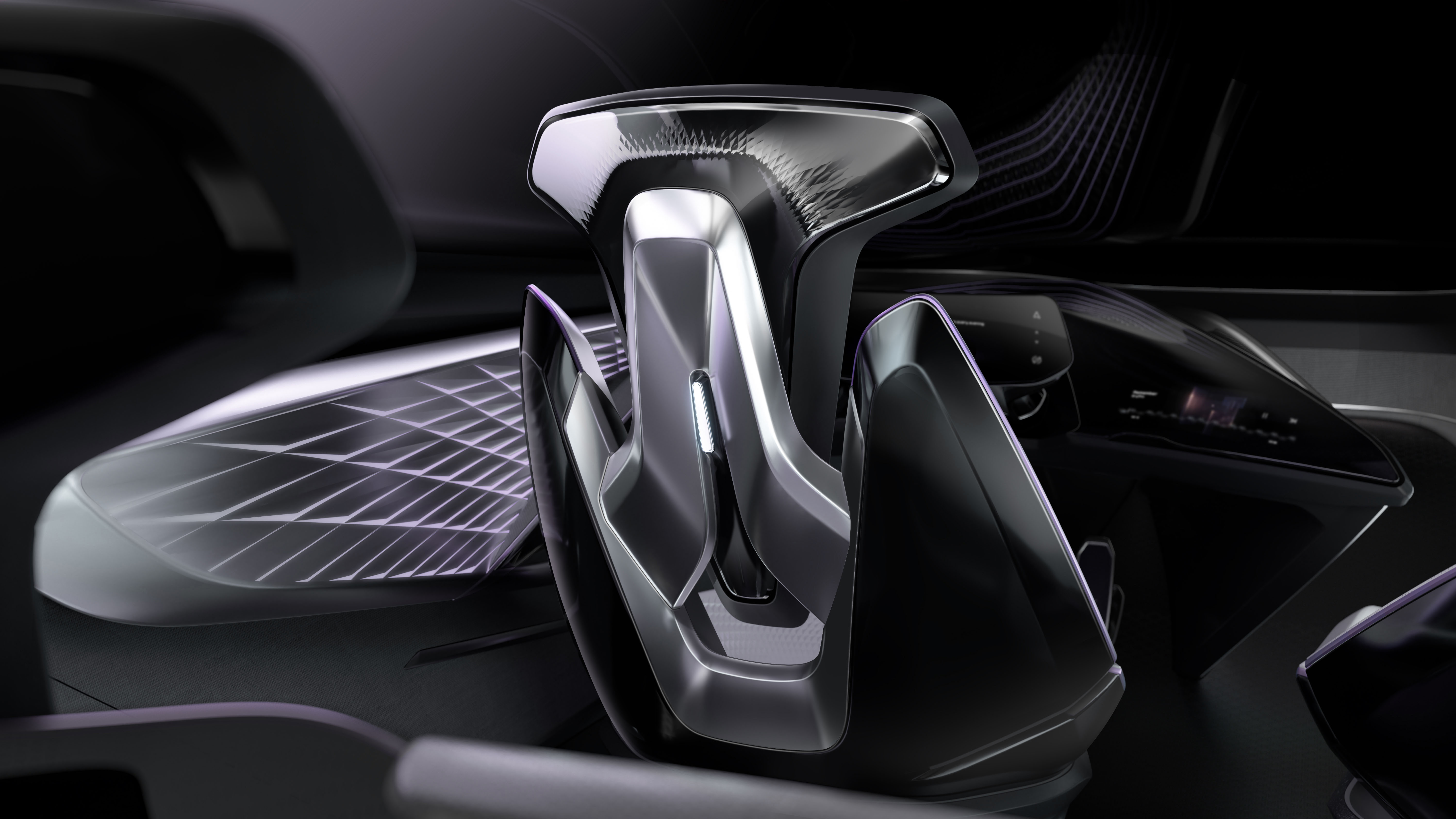 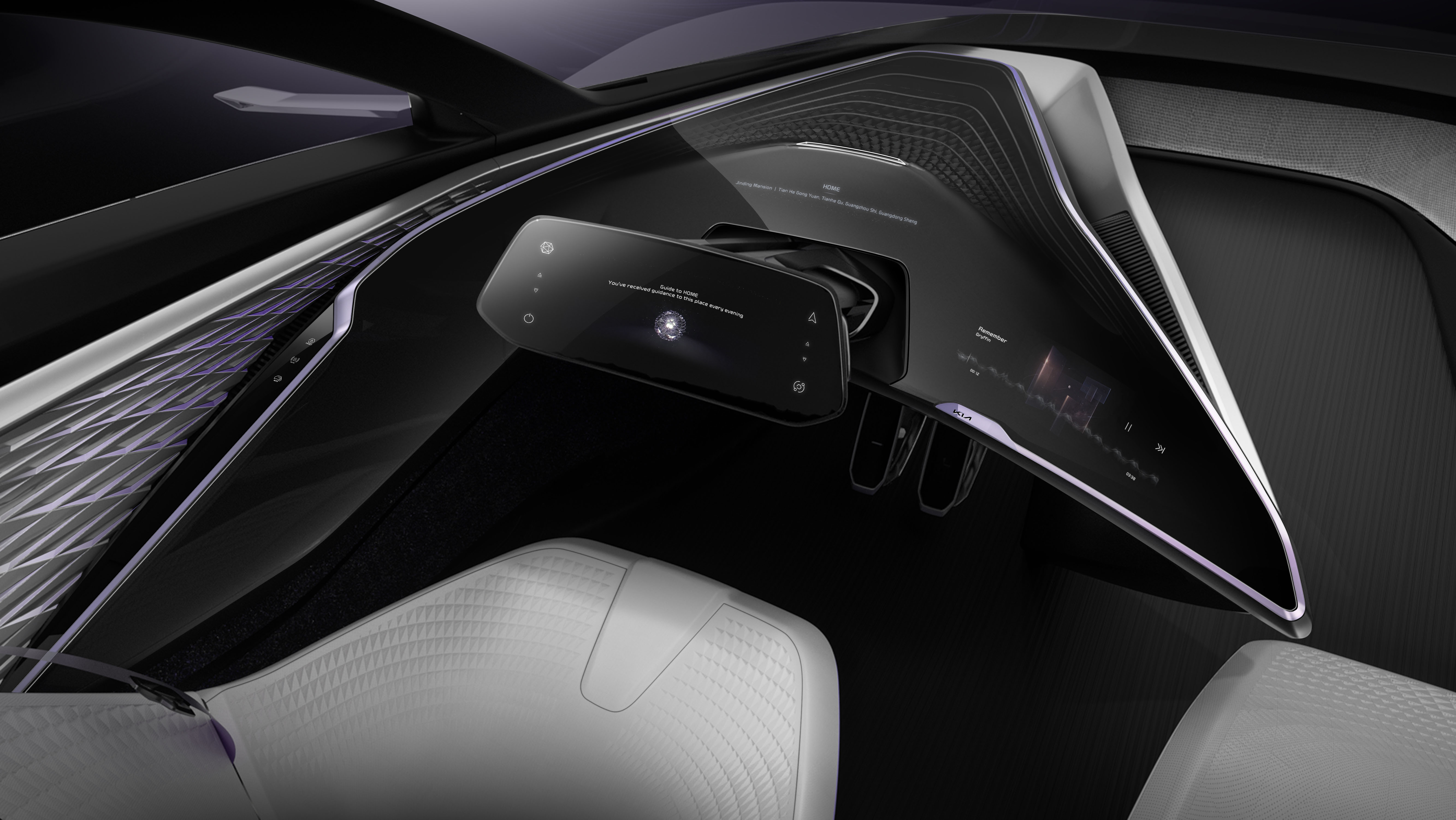 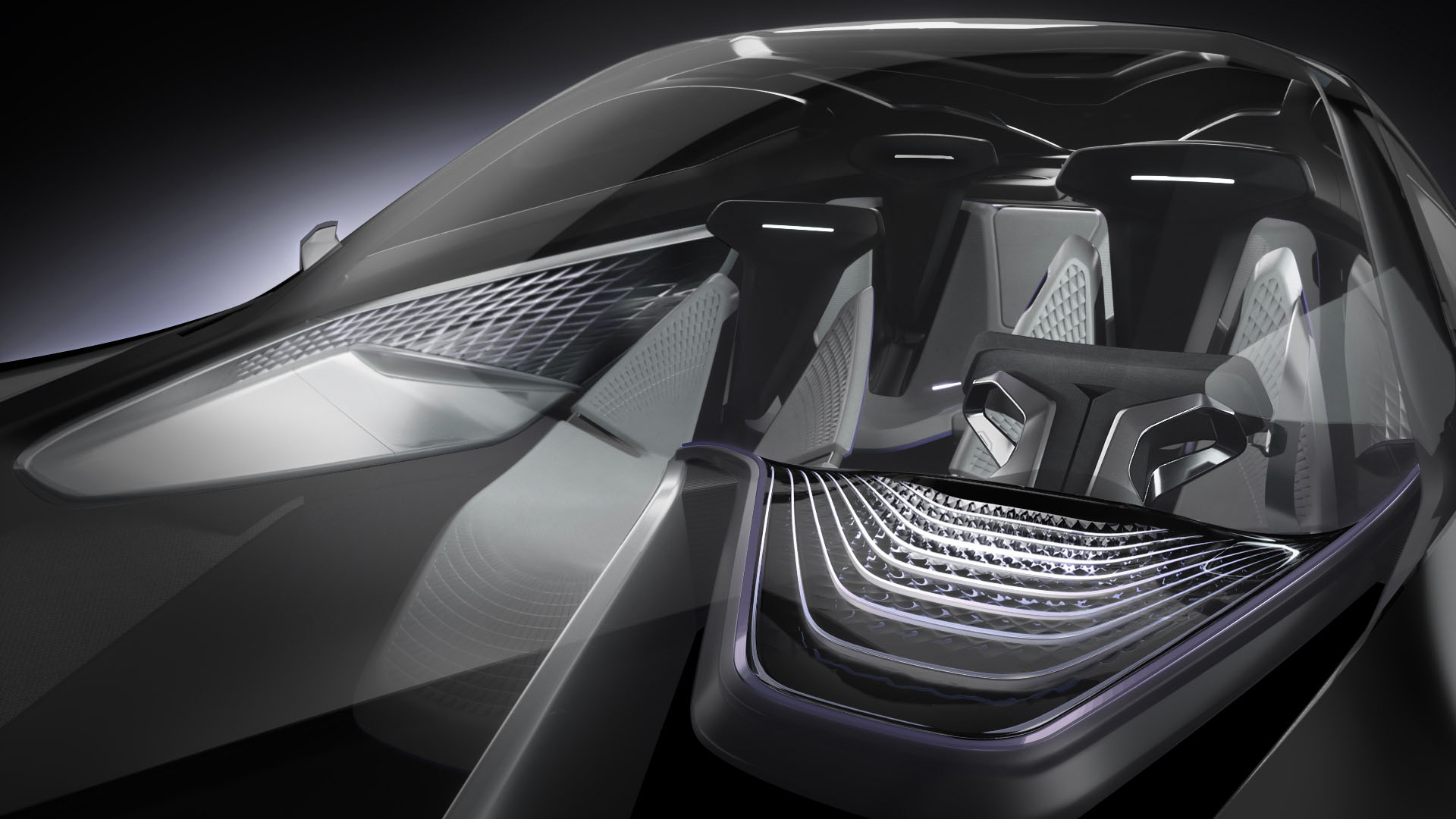 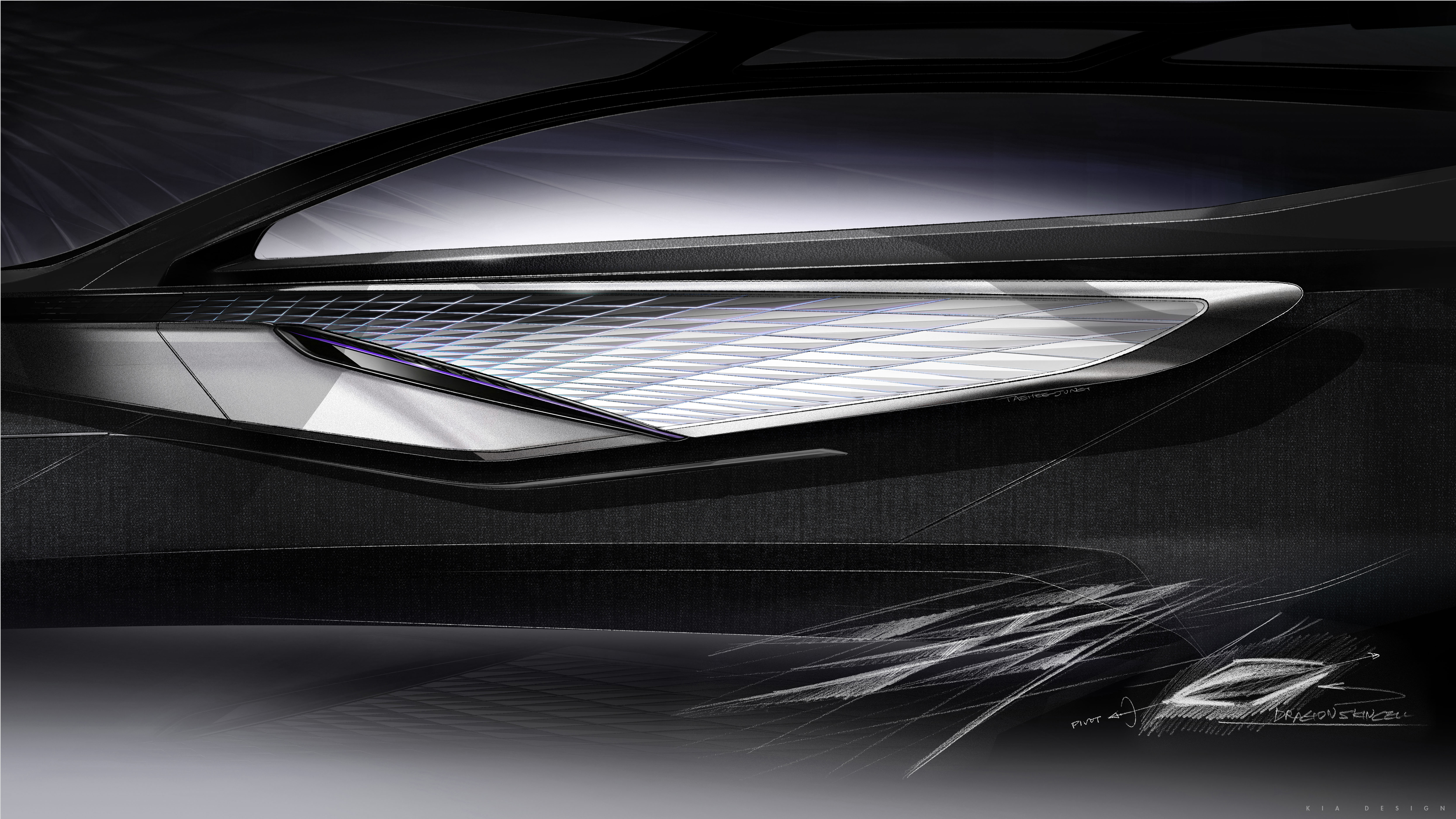 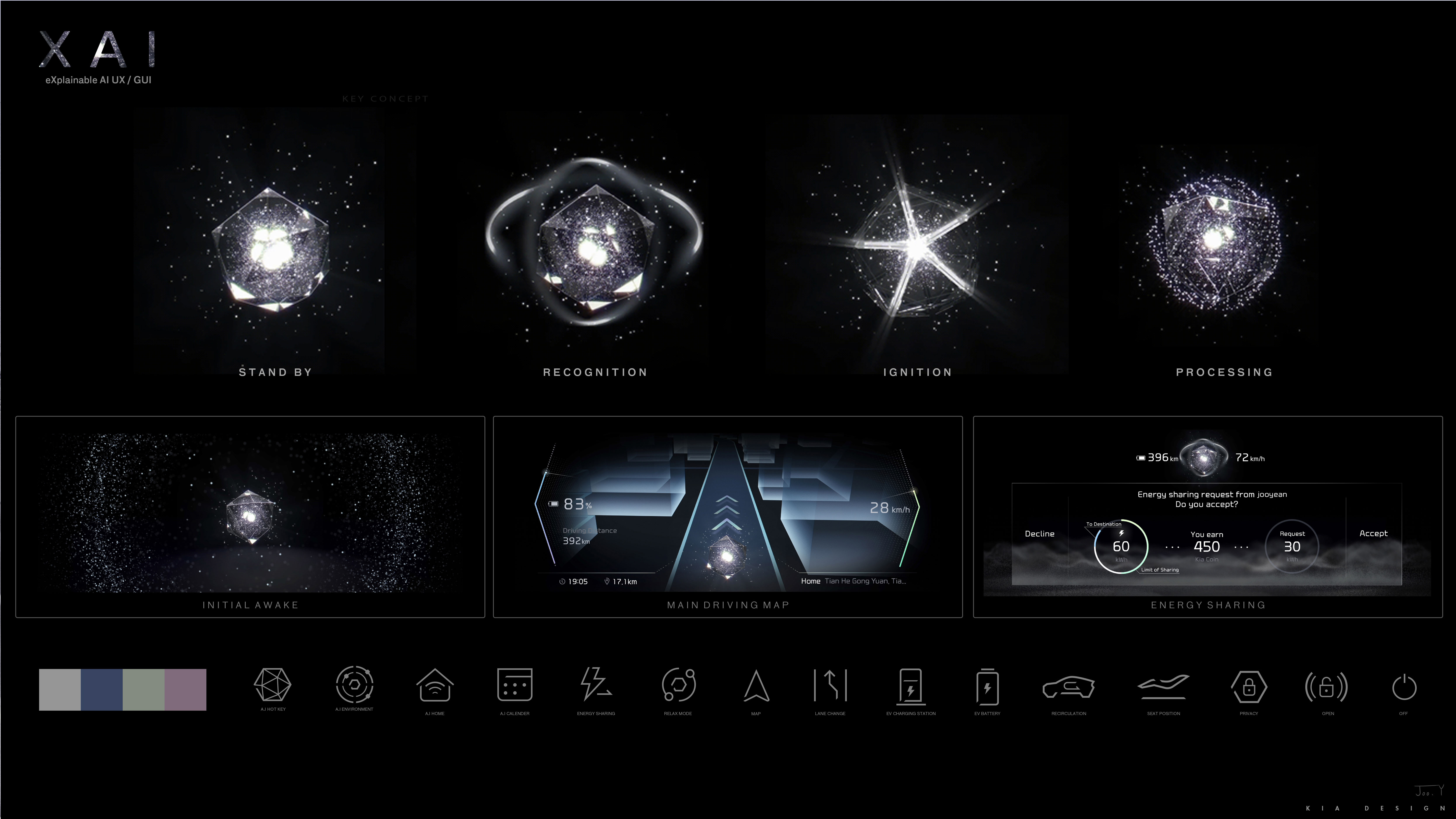 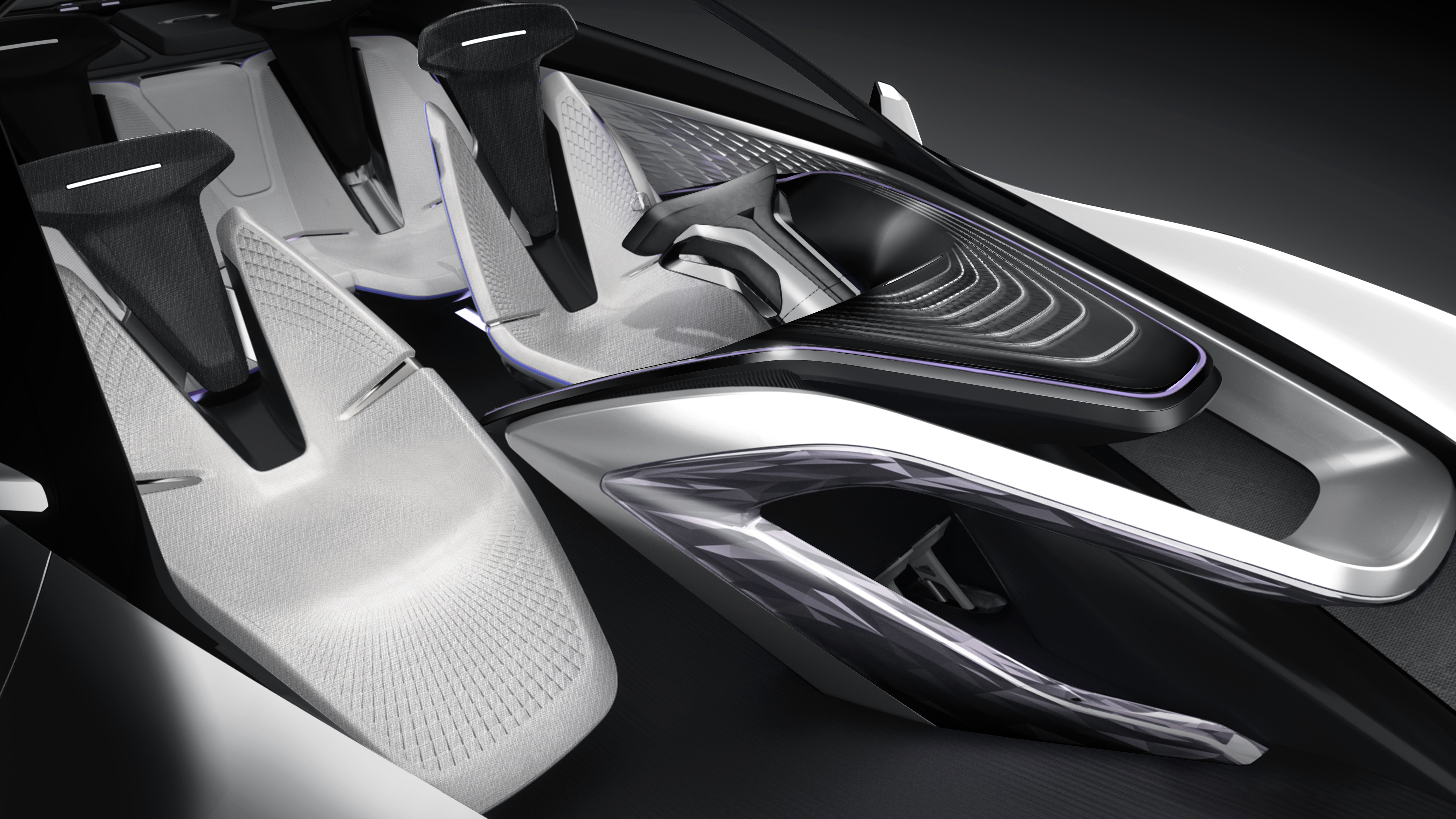 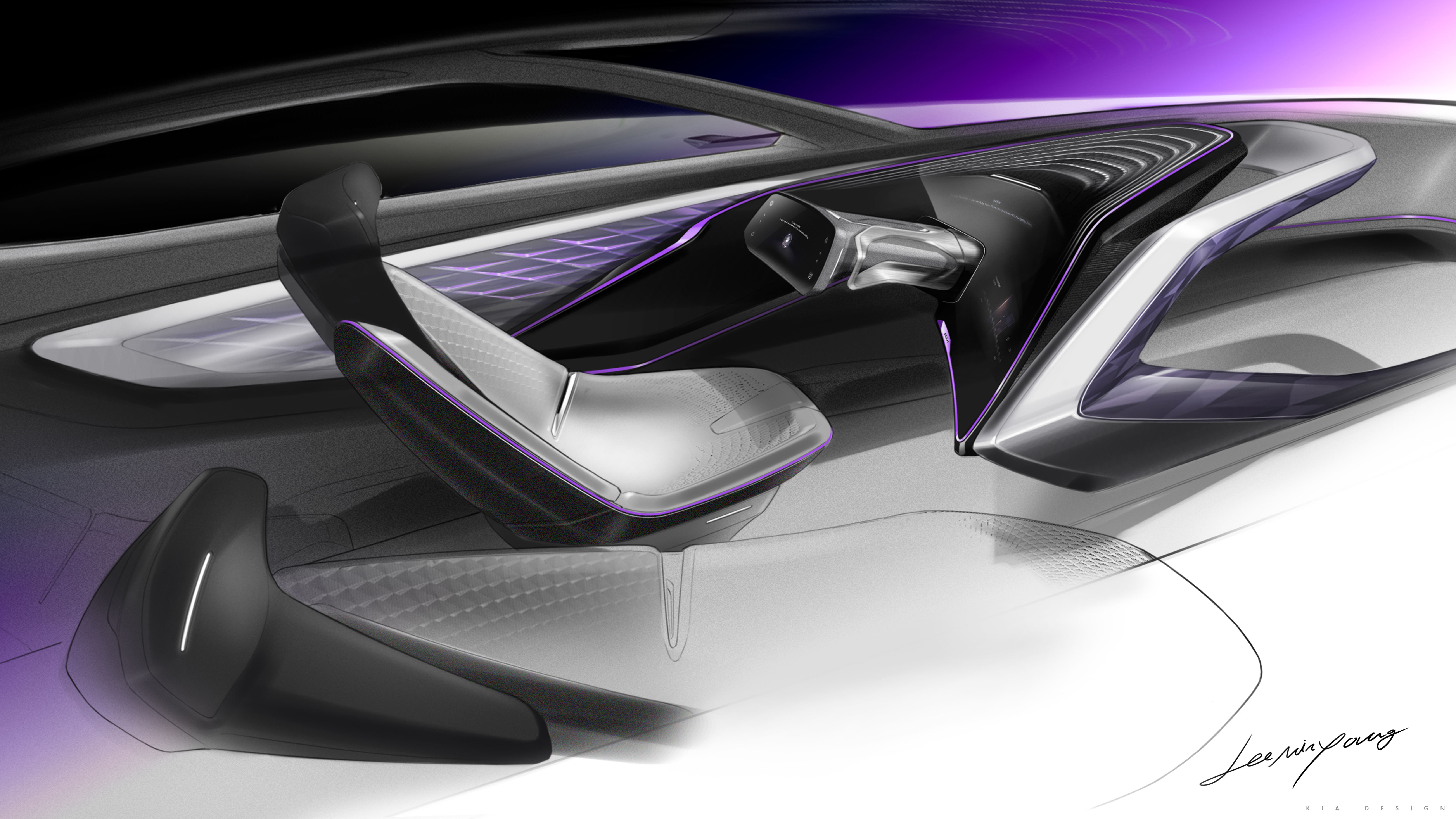 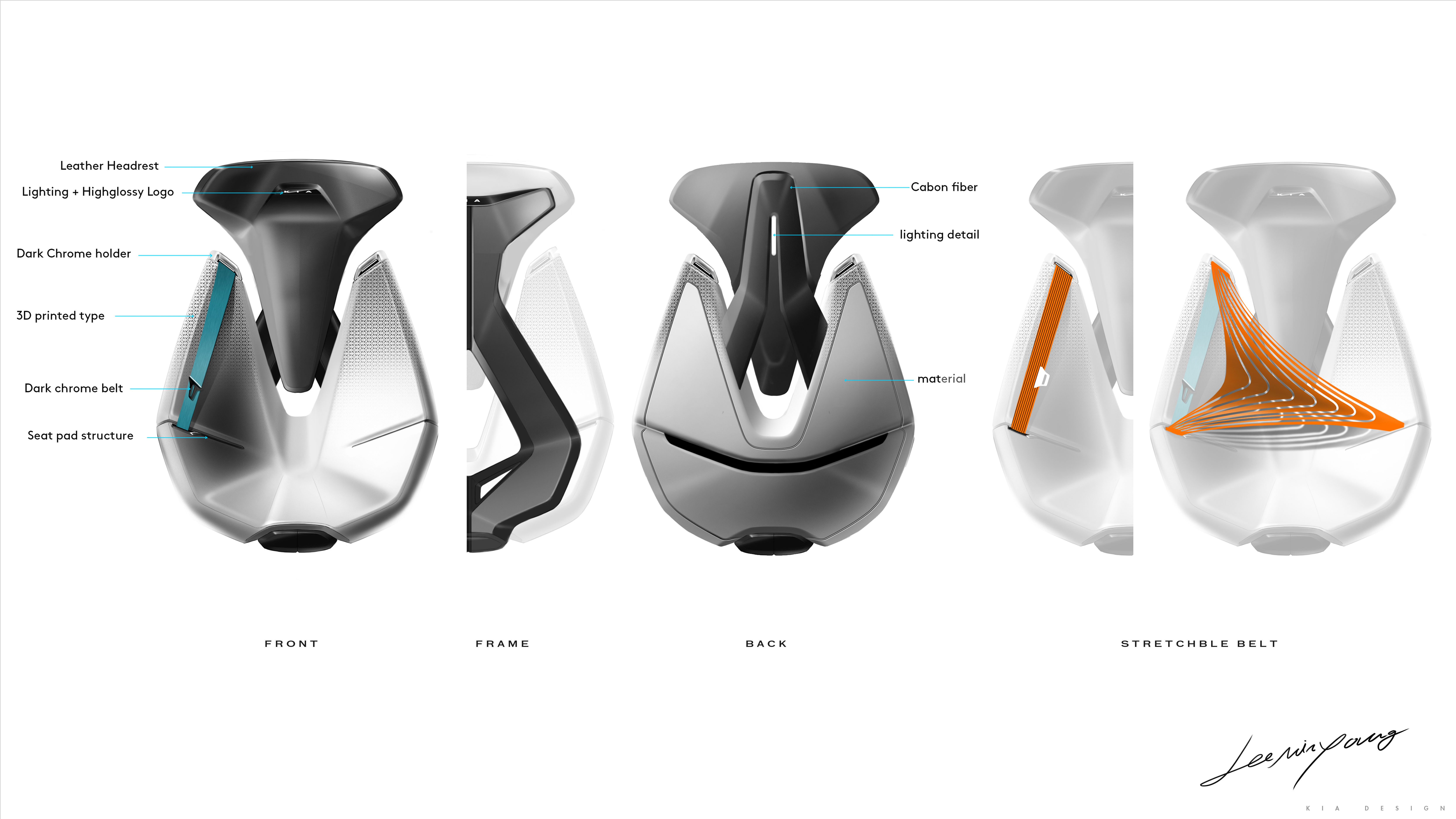 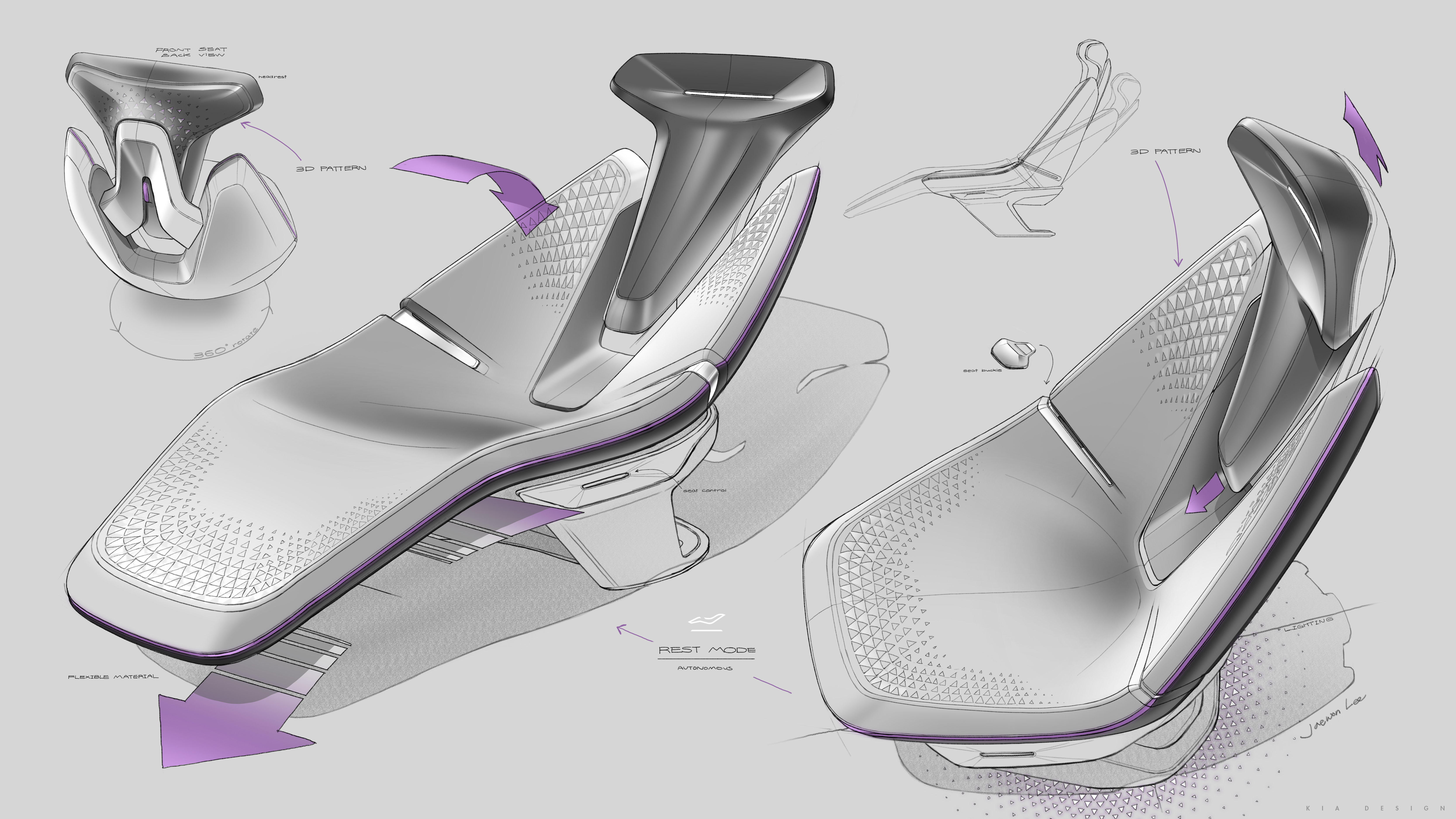 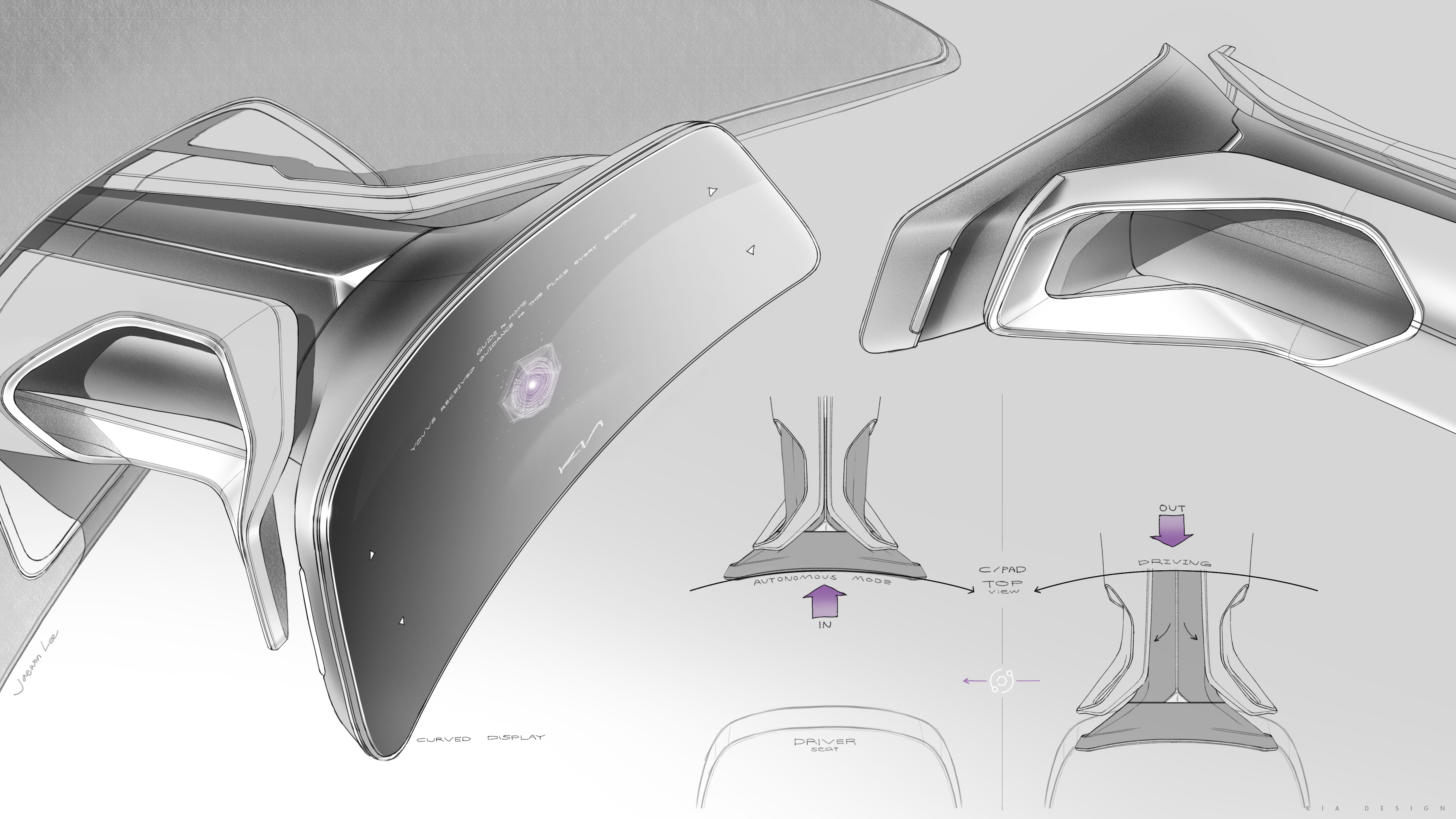 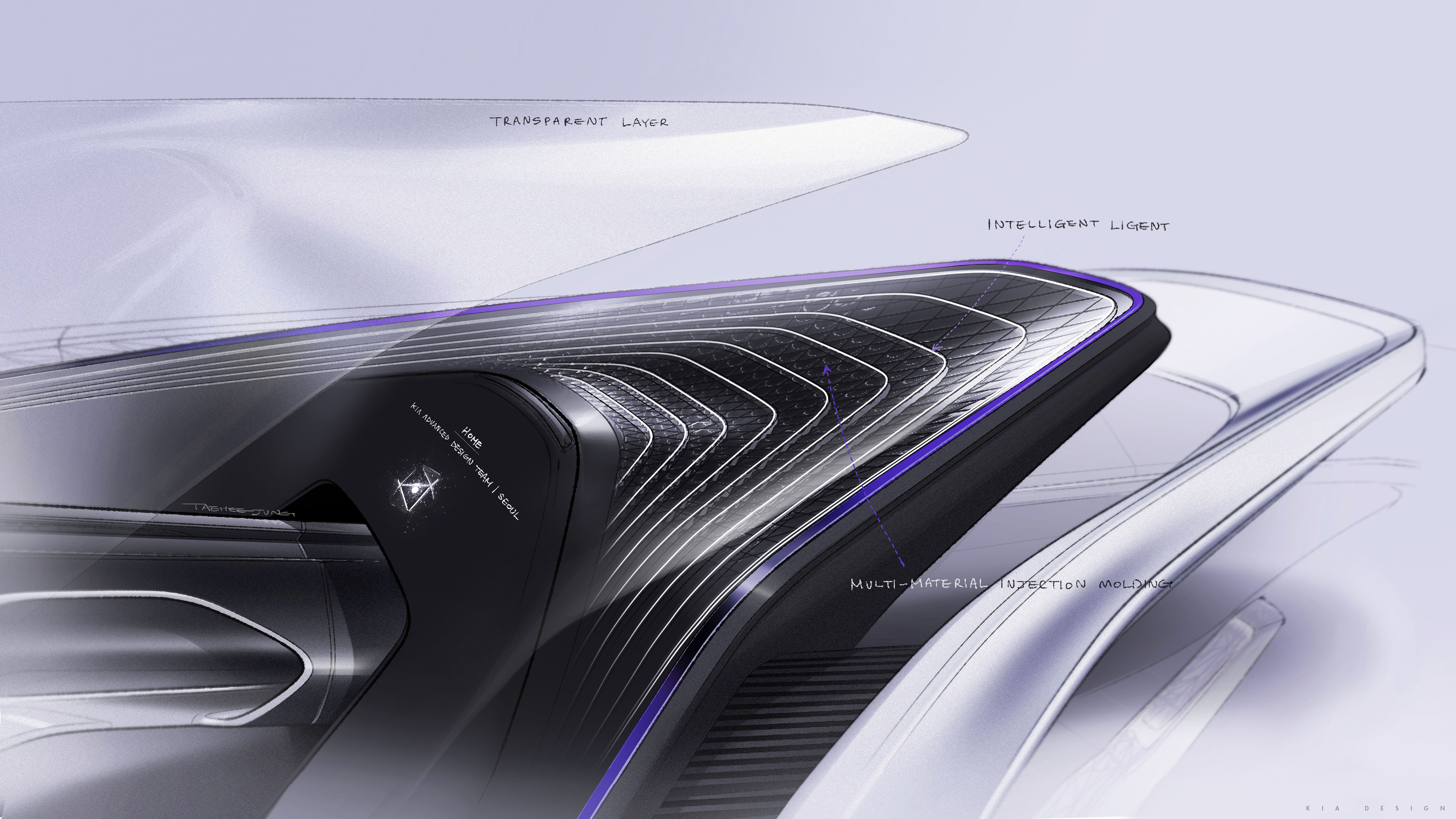 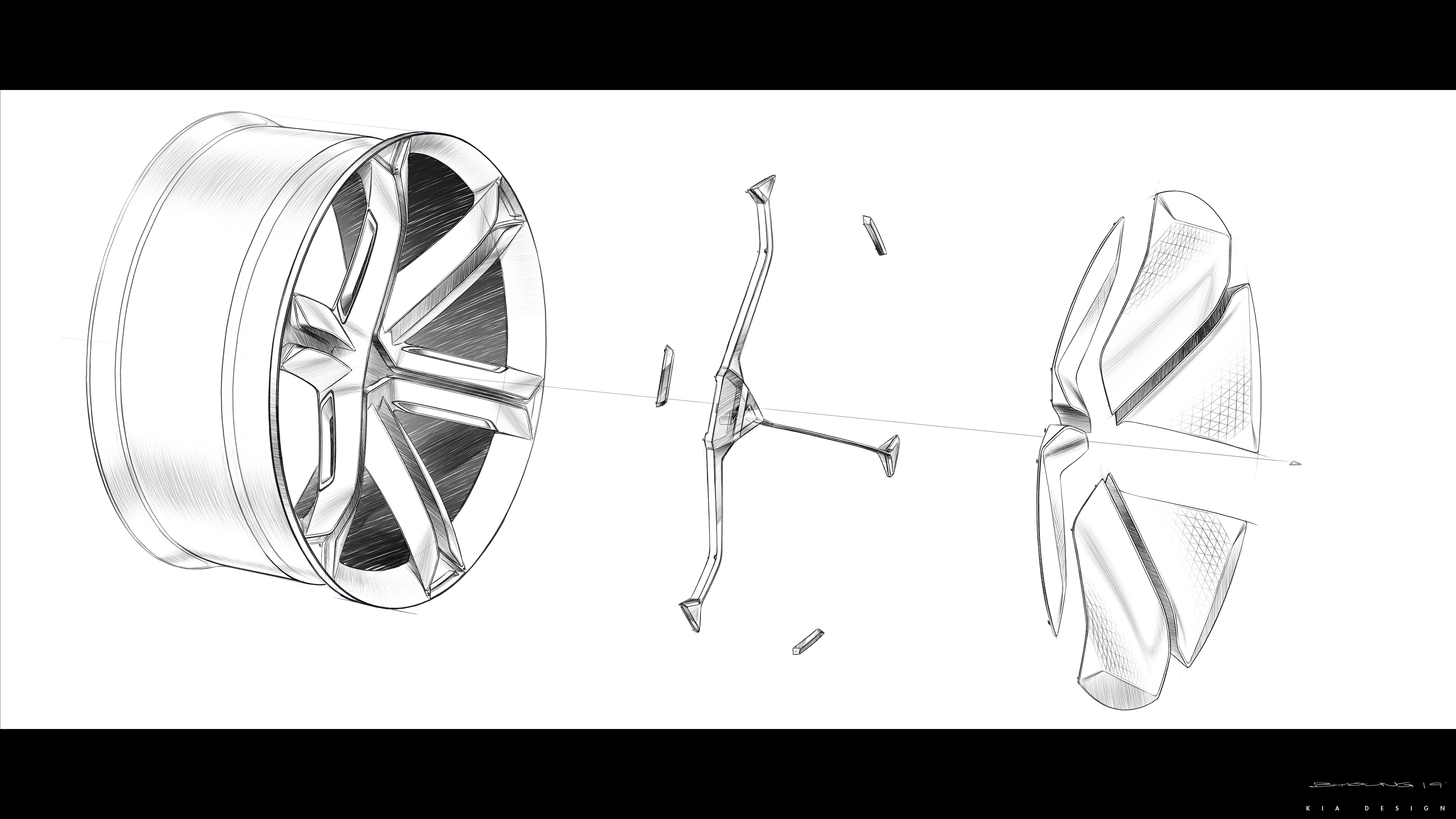 The Kia Futuron Concept represents the modern and confident image of a progressive electric SUV coupe envisioned by Kia. The Futuron name itself is a portmanteau of ‘future’ and ‘on’, hinting at the switched-on, electric nature of future SUV designs from the brand.

With a design based around the notion of dynamic purity, the Kia Futuron Concept merges elegant proportions with pure shapes and surfaces. Its lightweight SUV coupe body incorporates a fully-electric all-wheel drive powertrain, wrapped in bold yet modern exterior surfaces, and with a flexible, high-tech interior.

The Futuron made its public debut at the 2019 China International Import Expo (CIIE) in Shanghai. 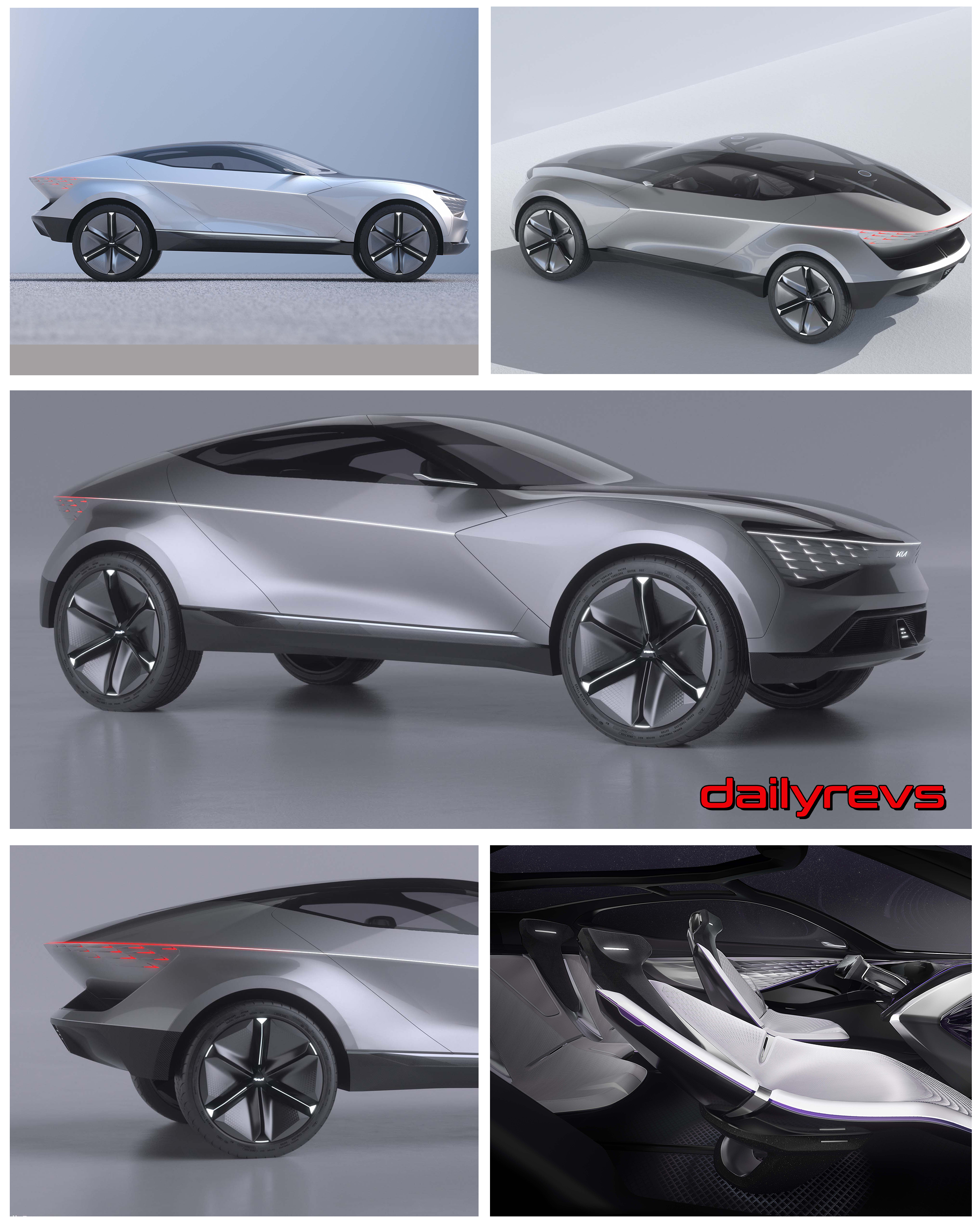 An electric SUV coupe with a ‘360-degree core’

The Kia Futuron Concept is built around a single, strong ‘360-degree’ design notable for its pure, smooth form devoid of ornament. The delicate diffusion of the body’s surfaces creates a series of taut, flowing shapes which twist, expand and contract around the body. The result is a sleek and streamlined shape, creating an aero-efficient profile.

The novel proportions of the car are immediately striking. Its low-profile SUV coupe body makes a strong statement of intent for Kia’s future cars, which will be confident, sporty and modern, yet also elegant. At 4,850 mm in length, 1,550 mm tall and with a 3,000 mm-long wheelbase, the Futuron’s elevated ground clearance is matched with a low, lean body to create a dynamic, confident posture.

The Kia Futuron’s fully-electric powertrain makes this shape possible. A high-capacity battery is mounted low in the vehicle’s body, beneath the cabin floor, providing electrical energy to four powerful in-wheel electric motors. The elevated stance of the car is therefore matched with a low centre of gravity and a cutting-edge e-AWD system which delivers lightning-fast responses to driver inputs.

A sports car on an SUV platform, combined with comfortable, lean-back seats, Futuron offers users a new type of interactive driving experience suitable for urban city environments. Various elements of the vehicle’s structure and design foster the important connection and interaction between car and driver.

The front fender flows backwards from the front of the hood before plunging into the cabin itself, establishing a connection between the driving seat and the road ahead. The concept’s roof is a diamond-shaped panoramic glasshouse which sits atop the 360-degree core, in the best traditions of UFO and flying saucer design. While flooding the cabin with natural light, it also extends down the bonnet to give drivers an unparalleled view ahead. The glasshouse also incorporates a network of LiDAR (light detection and ranging) sensors capable of providing Level 4 autonomous driving features, enabling hands-off and eyes-off driving in most conditions.

Furthermore, the 360-degree theme is evident in the lighting that illuminates a sharp character line encircling the Kia Futuron’s body. A playful and interactive new feature, this lighting responds to physical gestures and movements made outside the car, eliciting a close connection between vehicle and driver before they even set foot in the cabin.

The new ‘tiger face’ of Kia

The front of the Futuron features a new reinterpretation of Kia’s ‘tiger nose’ grille, a signature for Kia design now for over a decade. While maintaining the basic principle of the design – a clear outline with tabs in the middle – Kia’s designers have expanded the boundaries, widening the shape across the front of the car to create a restrained, yet elegant ‘tiger face’.

The newly-designed front of the car, like that of the Imagine by Kia Concept first revealed earlier in 2019, expresses a new design interpretation for Kia’s future electric vehicles.

With a wider ‘tiger face’ shape, the grille incorporates the Kia Futuron’s headlamps, an innovative ‘Star Cloud’ design which gives the car a dazzling new night-time identity. The concept’s Star Cloud lighting not only highlights a new design form for the front of the car, but also embodies a new lighting concept for Kia, taking inspiration from nebulae in the night sky to create a geometric patchwork of matrix LED lighting. The Star Cloud is also incorporated into the rear of the car, displaying a distinct light signature to anyone following the Futuron.

Revealed for the first time in Shanghai, the Kia Futuron also incorporates Chinese legend in the design and form of its new Star Cloud lighting. The Dragon Skin surface which covers the lighting area emulates the scaled armor that adorns Chinese dragons, both in mythology and modern-day cultural celebrations. The Star Cloud lighting incorporates a kinetic surface, enabling the car to alternate between daytime running lights and full-beam headlamps as the scales open and close.

The layout of the electric powertrain and incorporation of Level 4 autonomous driving systems has enabled the creation of a spacious and flexible cabin unlike any other vehicle on roads. The two front seats are created out of flexible materials and can offer an upright ‘driving’ position, or a reclined ‘rest’ position, similar to the flexibility afforded to first-class airline passengers. With the activation of the Futuron’s autonomous driving features, the two front seats recline as the steering wheel retracts. The ‘zero-gravity’ seating position this creates helps to reduce fatigue on long journeys.

The Kia Futuron’s seamless interior also reflects its autonomous driving nature, with surfaces flowing uninterrupted from the dashboard and through the door panels. The doors feature the same Star Cloud lighting and scaled Dragon Skin motif found on the outside of the car, creating a glittering interactive ambient lighting system. The ventilation system is also housed behind Dragon Skin scales, which open and close to allow fresh air to circulate throughout the cabin.

One of the most prominent features of the cabin is the ‘cockpit’ area surrounding the driver. The graphical user interface (GUI) of the cockpit flows out of the driver-side door and wraps around the steering wheel in a seamless arc. This merges the instrument cluster directly with the audio-visual display at the centre of the dashboard and is linked to the display integrated within the surface of the steering wheel itself. The GUI is operated by artificial intelligence technologies, displaying useful information about the car various autonomous driving, powertrain and navigation features to create a unique user experience. The apex of the cockpit arc sees the GUI lunge forward towards the road, creating an interactive Star Cloud light display at the very front of the cabin.