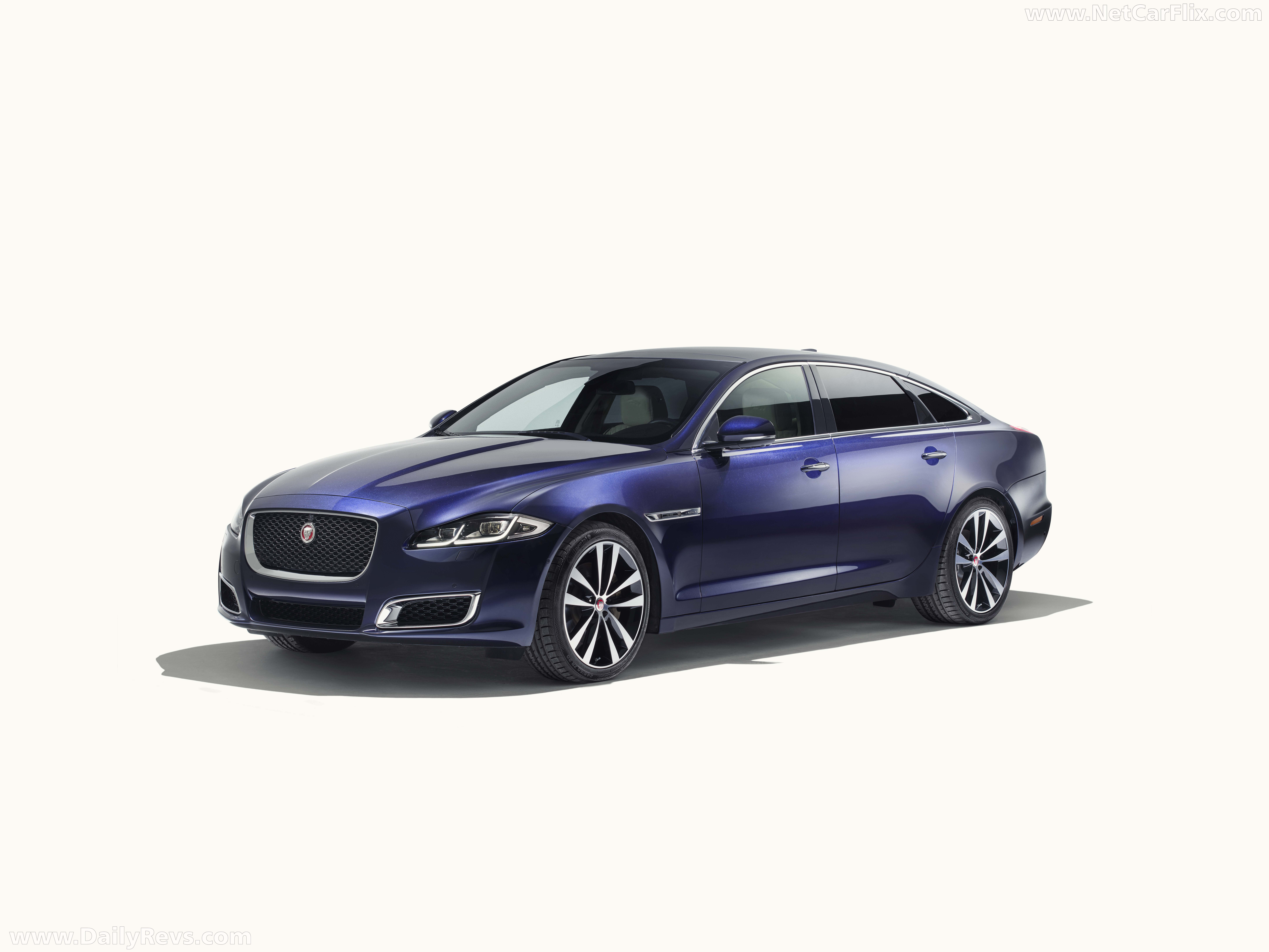 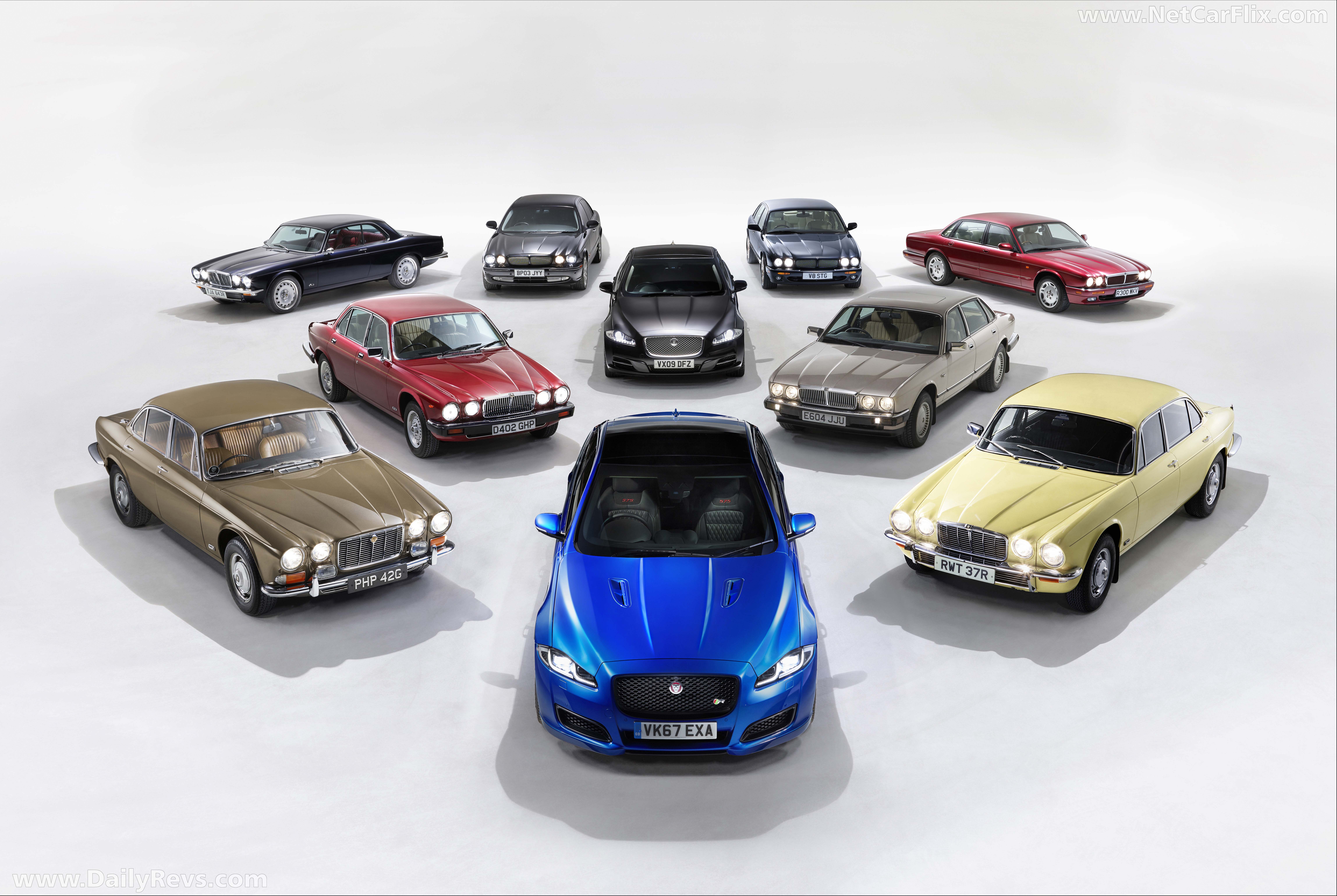 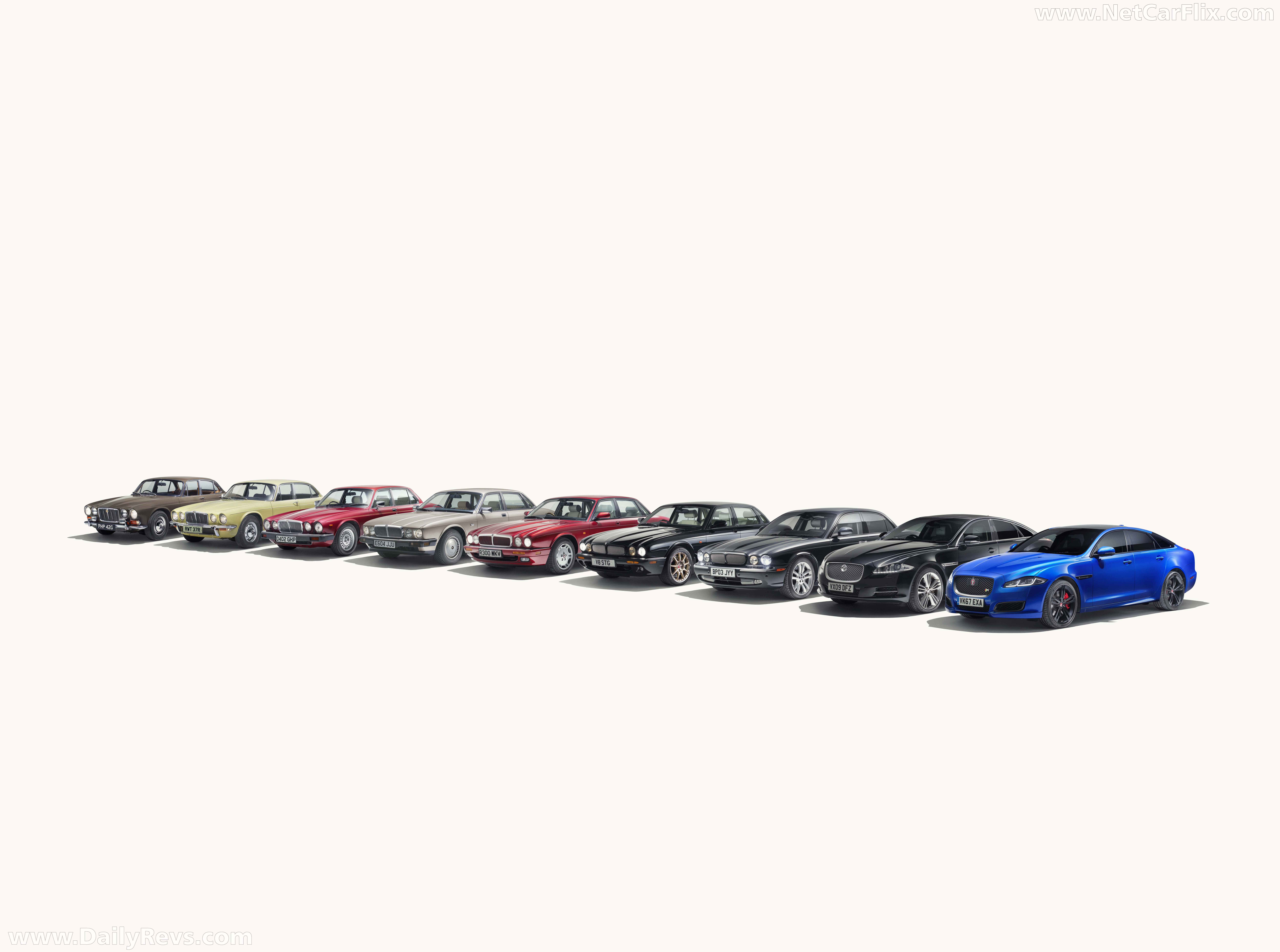 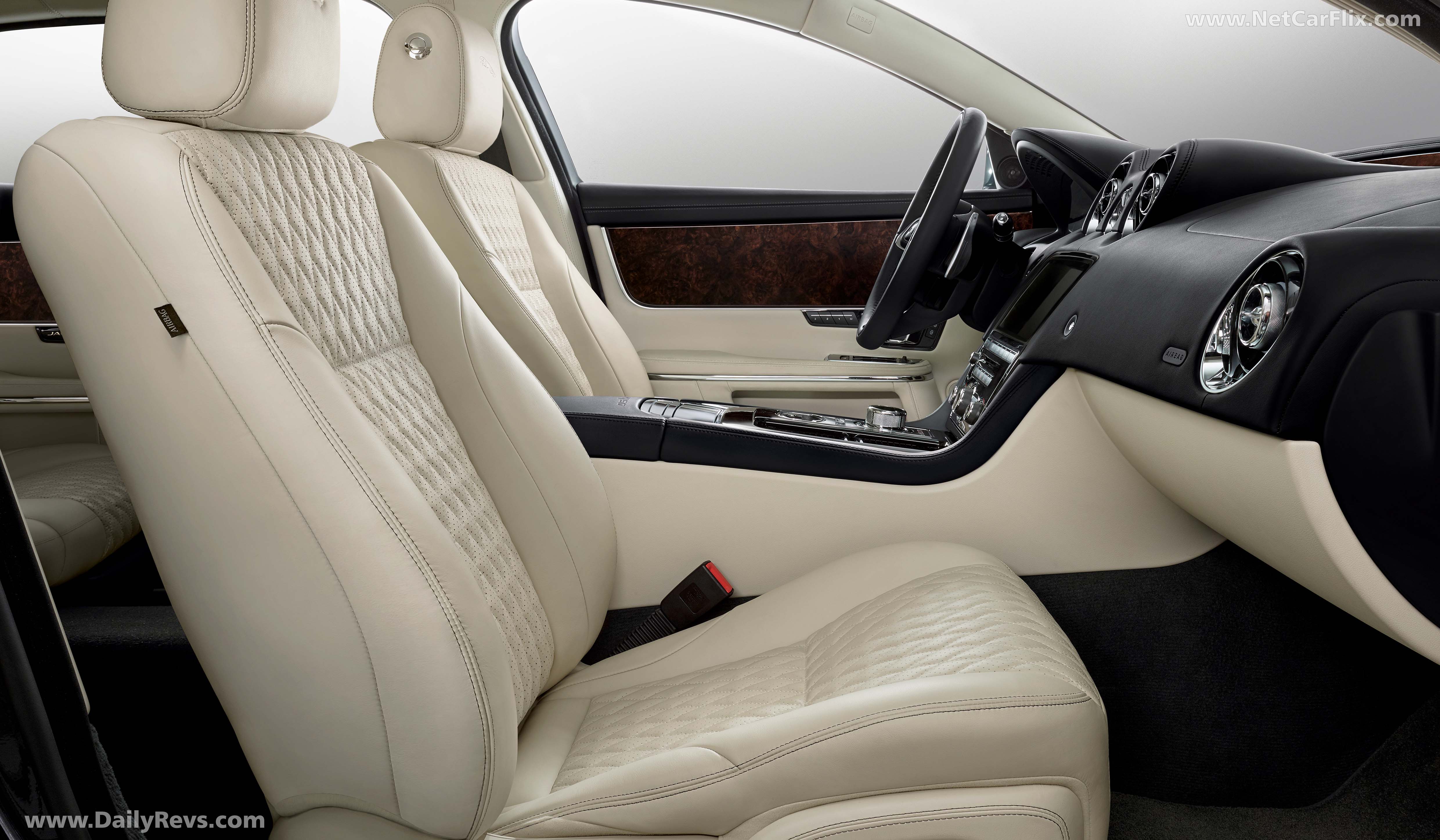 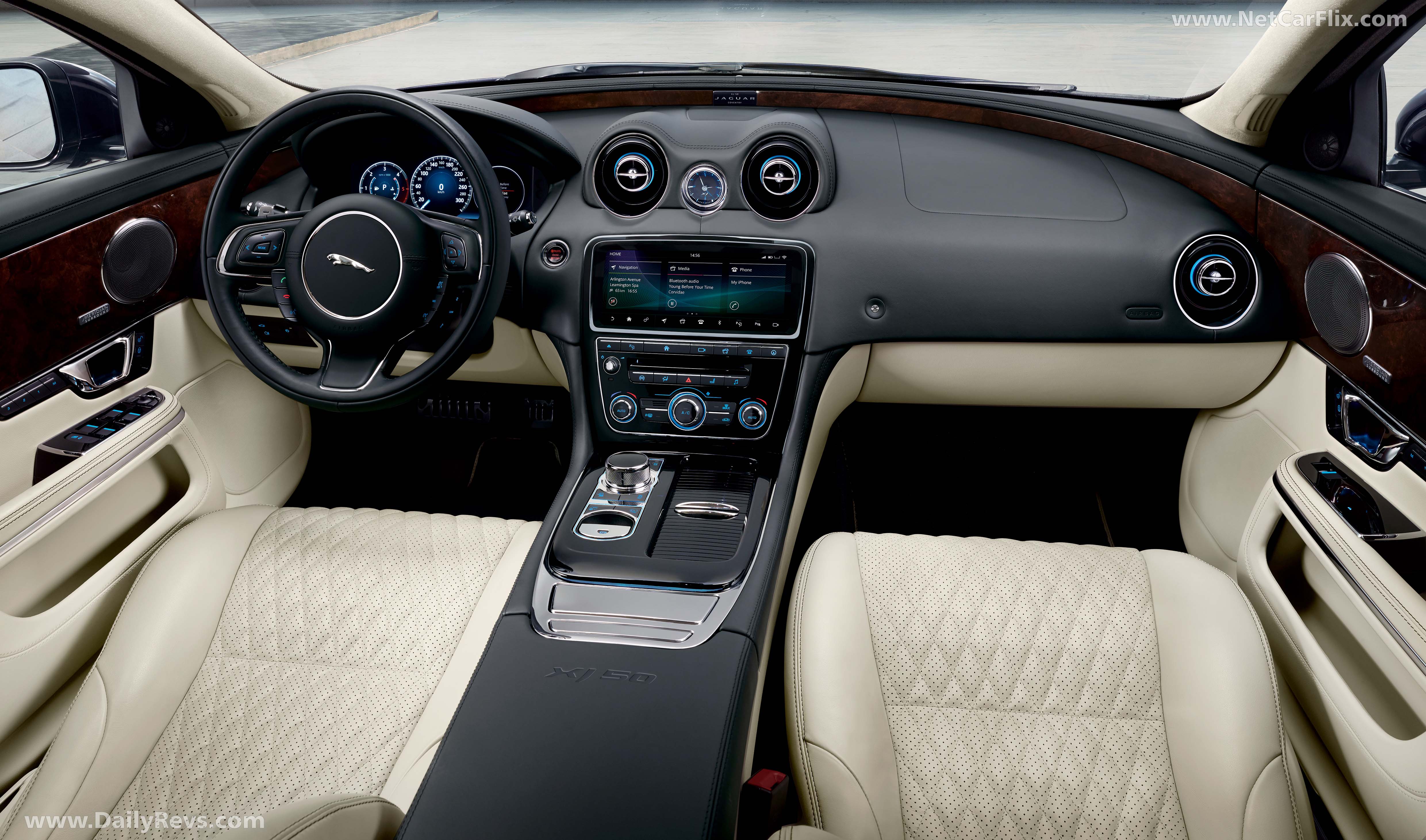 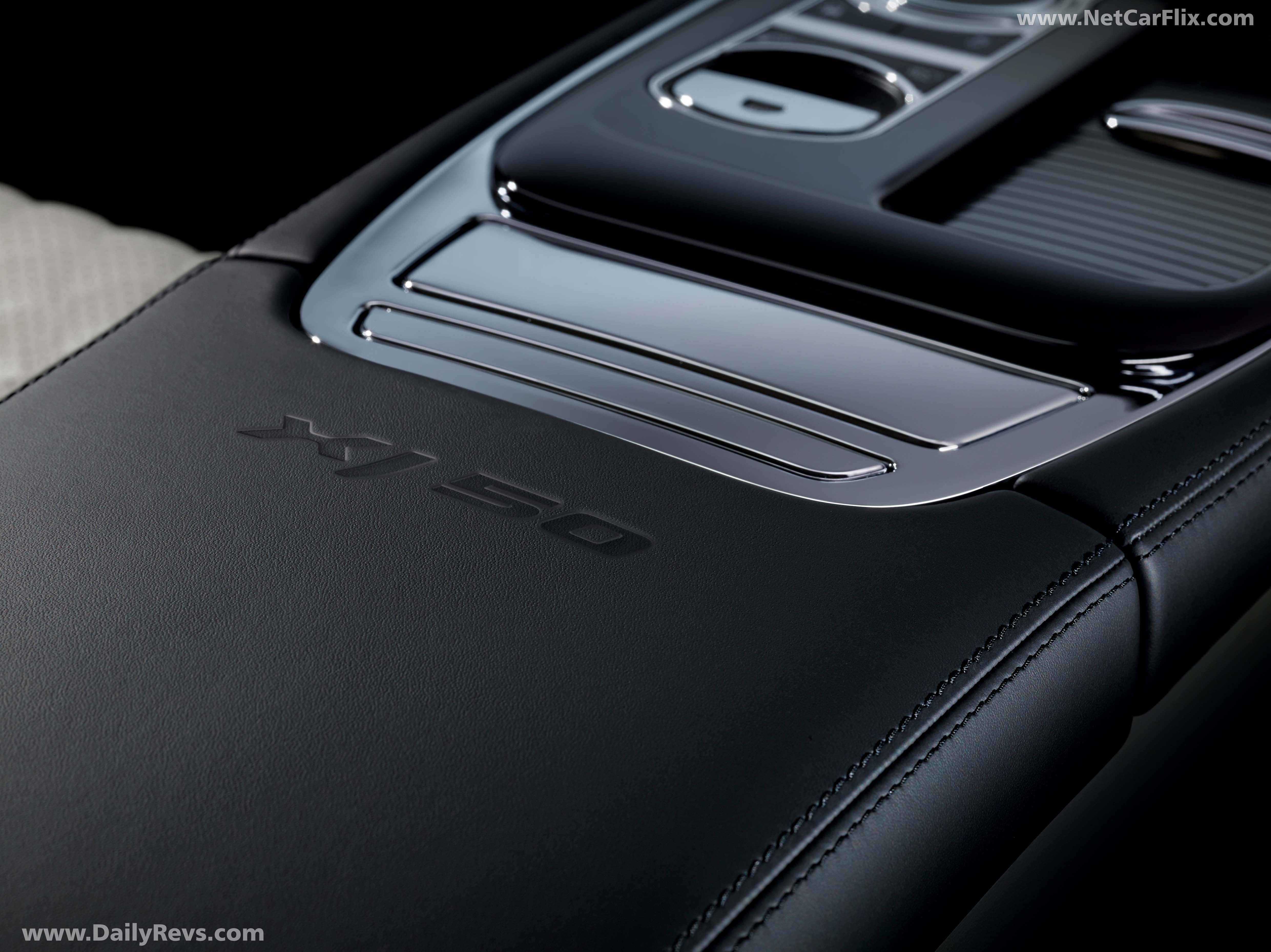 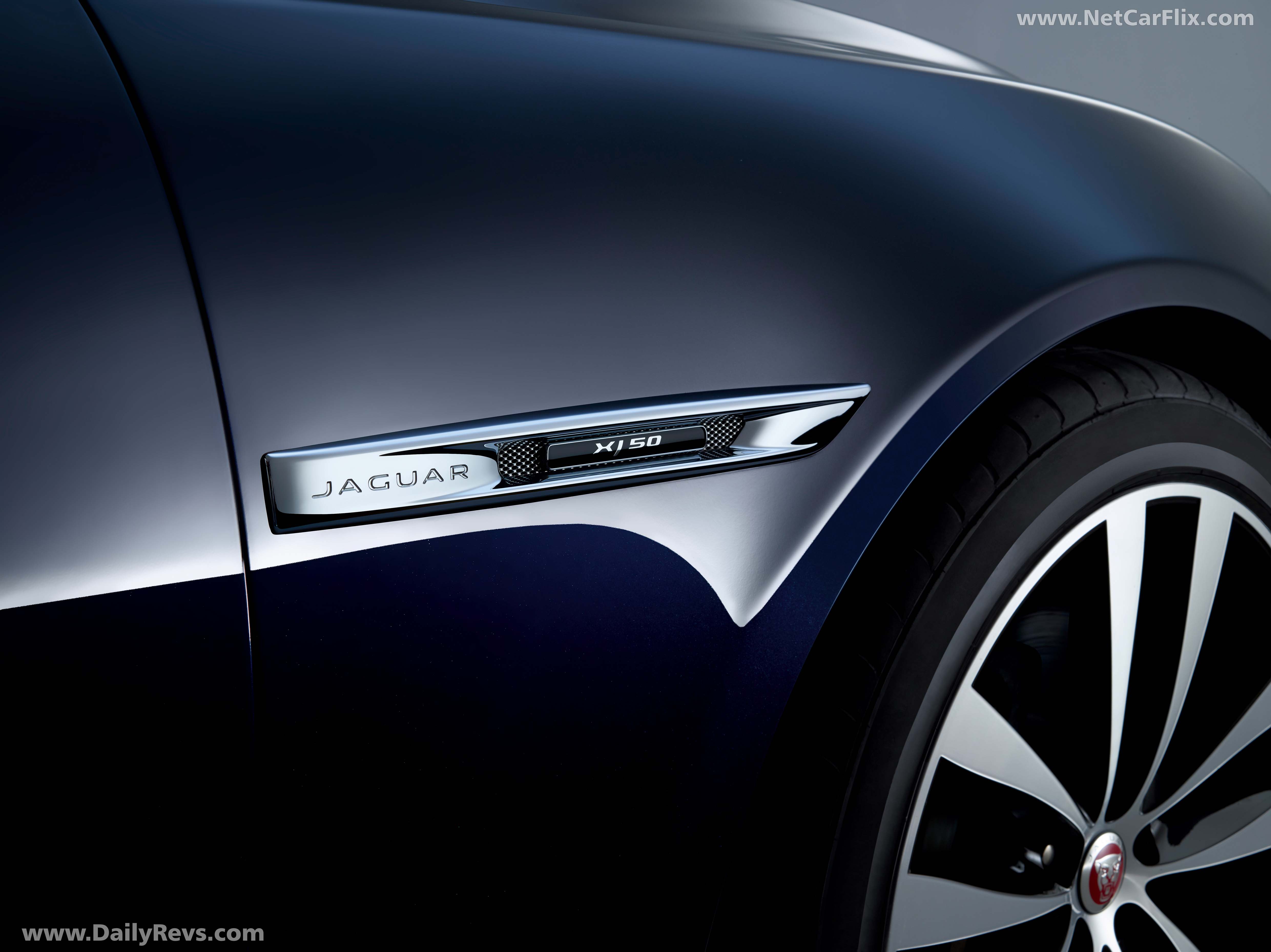 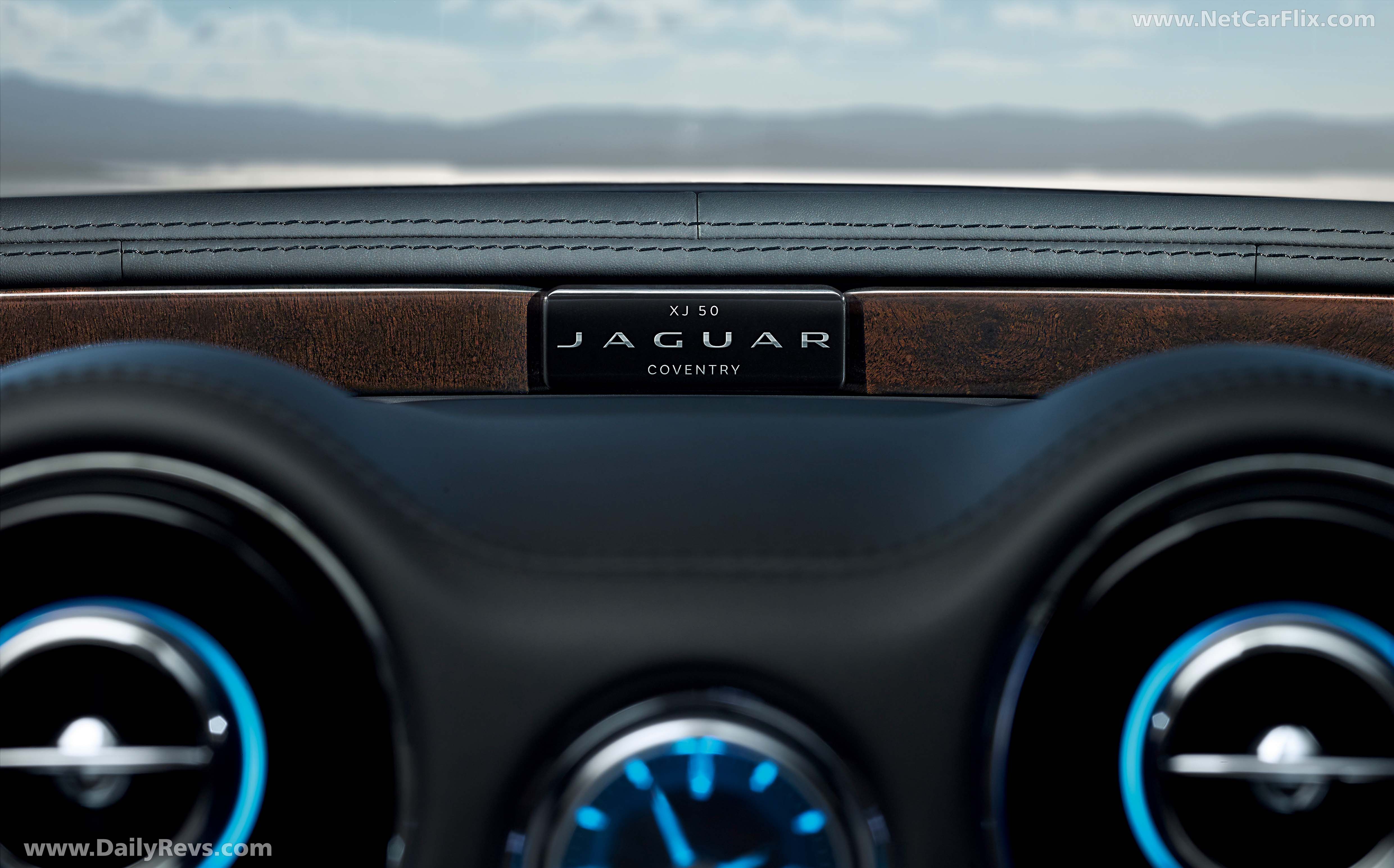 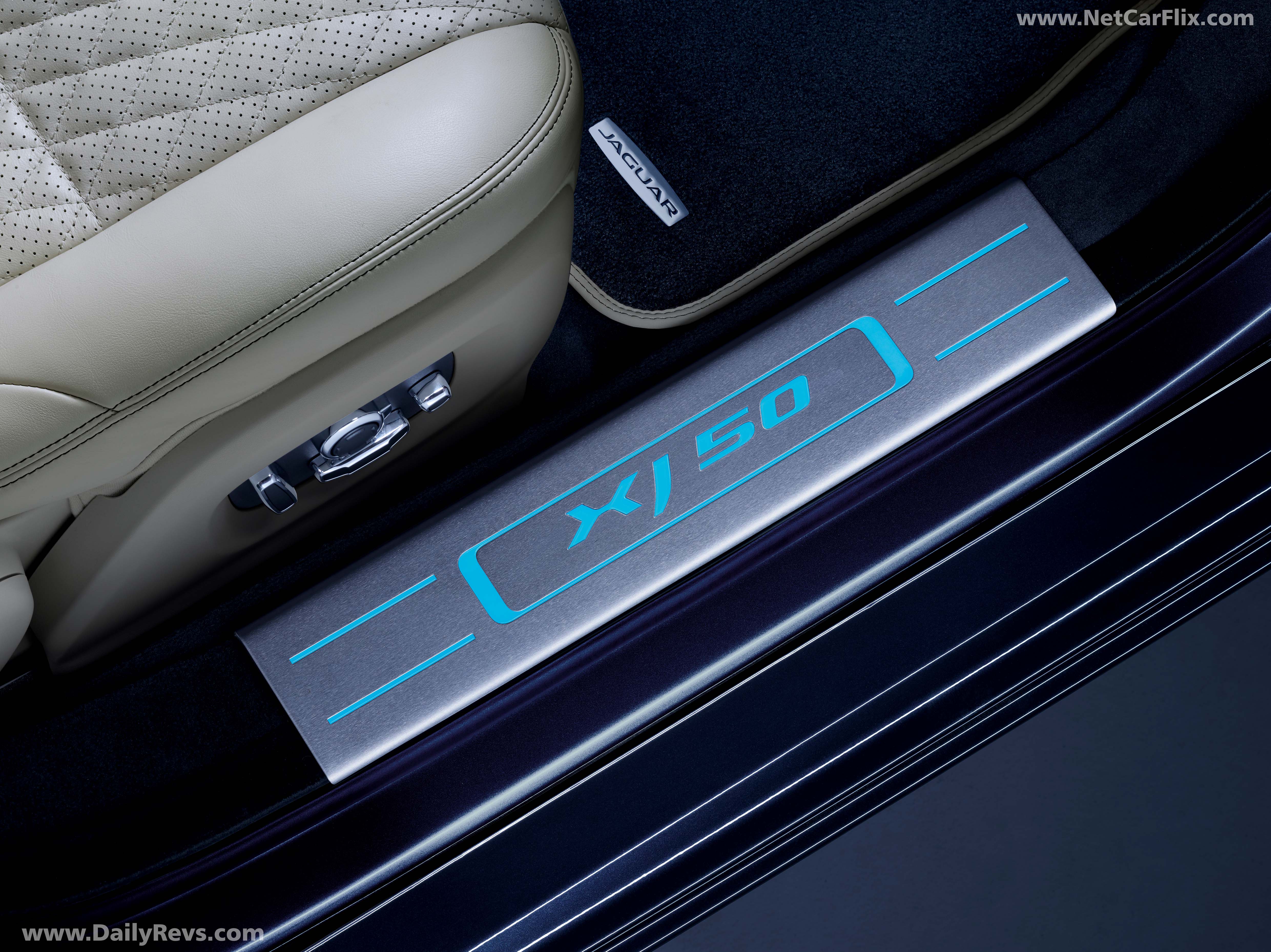 Jaguar is marking 50 years of its flagship XJ luxury saloon – the choice of business leaders, celebrities, politicians and royalty for five decades – with the launch of a new special edition model. Revealed at the Beijing Motor Show, the Jaguar XJ50 celebrates half a century of trademark performance, technology and luxury.

Available in both standard and long wheelbase with a 3.0-litre diesel (300PS) powertrain, the exterior updates for the Jaguar XJ50 include Autobiography-style front and rear bumpers. These mark the anniversary edition out alongside purposeful new 20-inch Venom wheels, a black front grille and unique badging to the rear and side vents, while the striking colour palette includes Fuji White, Santorini Black, Loire Blue and Rosello Red.

Inside, the luxurious cabin features soft-grain diamond-quilted seats with an embossed leaper on the headrests and an XJ50 logo on the centre armrest. Unique intaglio branding and XJ50-badged illuminated treadplates also differentiate the anniversary edition, alongside anodised gearshift paddles and bright metal pedals.

“Spanning half a century, the Jaguar XJ remains true to its heritage with a wonderful balance of beautiful design, intelligent performance and indulgent luxury that ensures it stands out from the crowd. This is a car worth celebrating and the Jaguar XJ50 pays homage to a giant within the Jaguar brand that we believe is one of the world’s most stylish sporting saloons.” Ian Callum, Jaguar Director of Design. 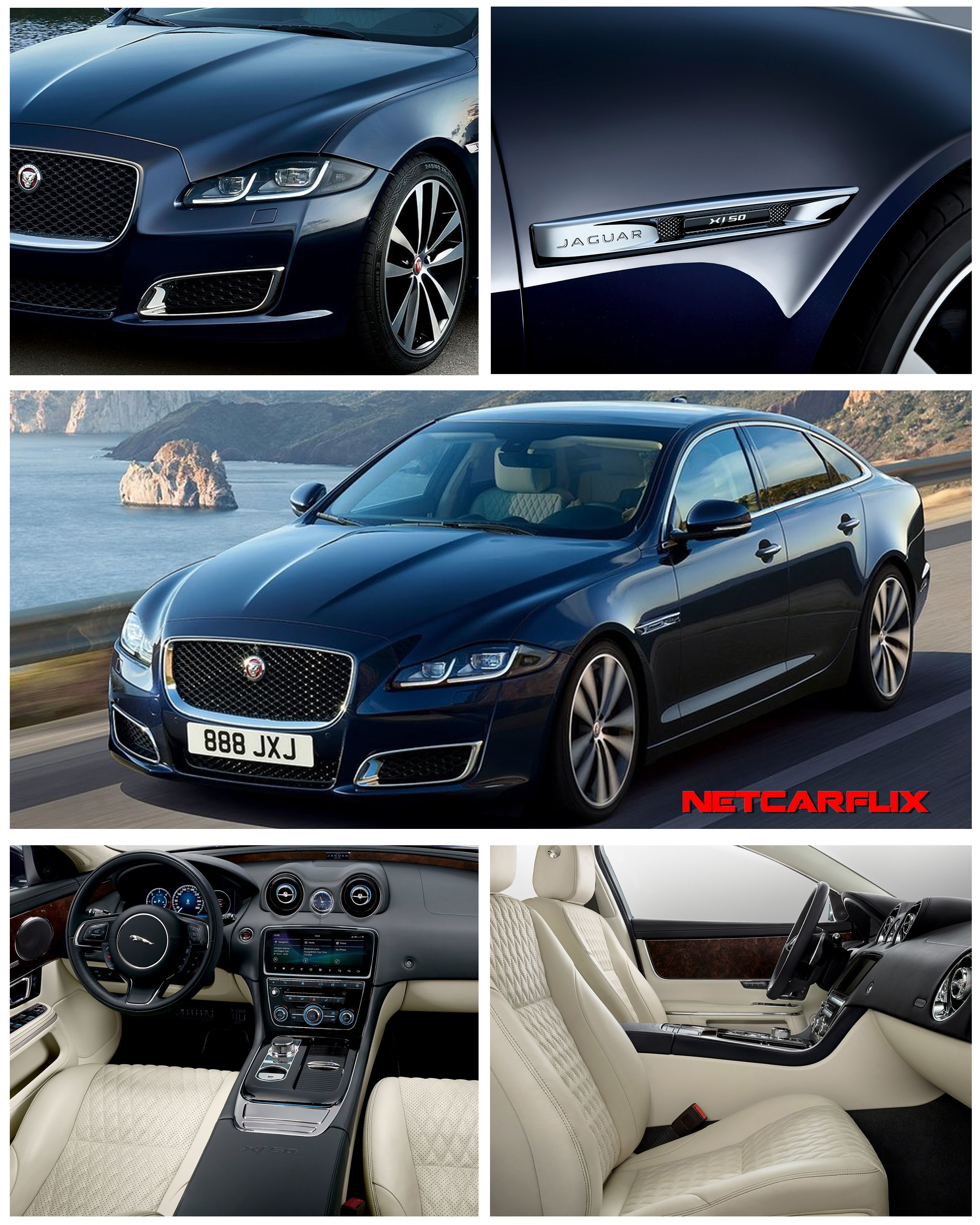 The XJ Series 1 started the distinctive dynasty in 1968 and for eight generations, the luxury saloon has been turning heads around the world. Whether transporting VIPs and politicians, or acting as the preferred vehicle for business leaders and royalty, the XJ has been a mainstay on our roads for five decades.

Innovating since its arrival, the XJ has epitomised the forward-thinking approach that has set Jaguar’s luxury saloon apart over the past 50 years. Four years into its life it became the world’s only mass-produced 12-cylinder four-door car and, with a top speed of 140mph (225km/h), it was also the fastest four-seater of its time.

Further models followed, sporting both standard and long wheelbases, as well as two and four-door body styles. The Series 2 was the first to offer a two-door coupé model in 1975 and the XJ40, in production for eight years from 1986, introduced the celebrated ‘J’ gate gear shifter and self-levelling suspension.

A revolutionary aluminium monocoque bodyshell helped reduce the XJ’s weight by 40 per cent from 2003, before the current XJ model brought additional technologies such as all-wheel drive and a virtual instrument cluster. With the introduction of Jaguar Design Director Ian Callum’s now iconic design language, it was also launched with a wraparound rear screen and distinctive cat claw inspired rear lights.

Constantly evolving while remaining one of the world’s truly great saloon cars, XJ has enjoyed a series of high-profile screen appearances. Starring roles in movies like Love Actually and The Long Good Friday, as well as the James Bond franchise, are proof of the XJ’s enduring cultural appeal.

The Jaguar XJ50 is a fitting tribute to the enduring style and performance of Jaguar’s luxury saloon. It is available to order now priced from £74,280 in the UK