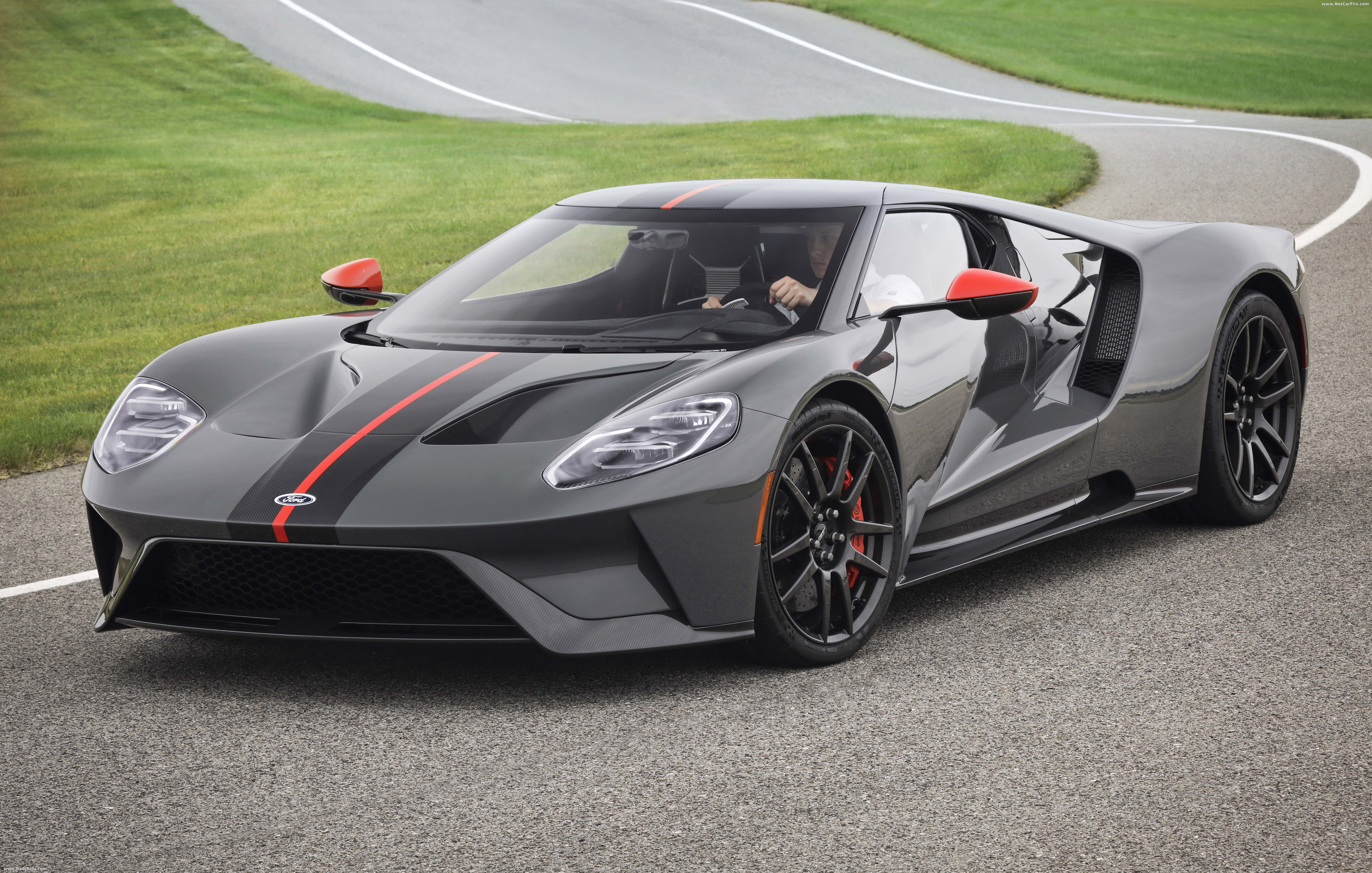 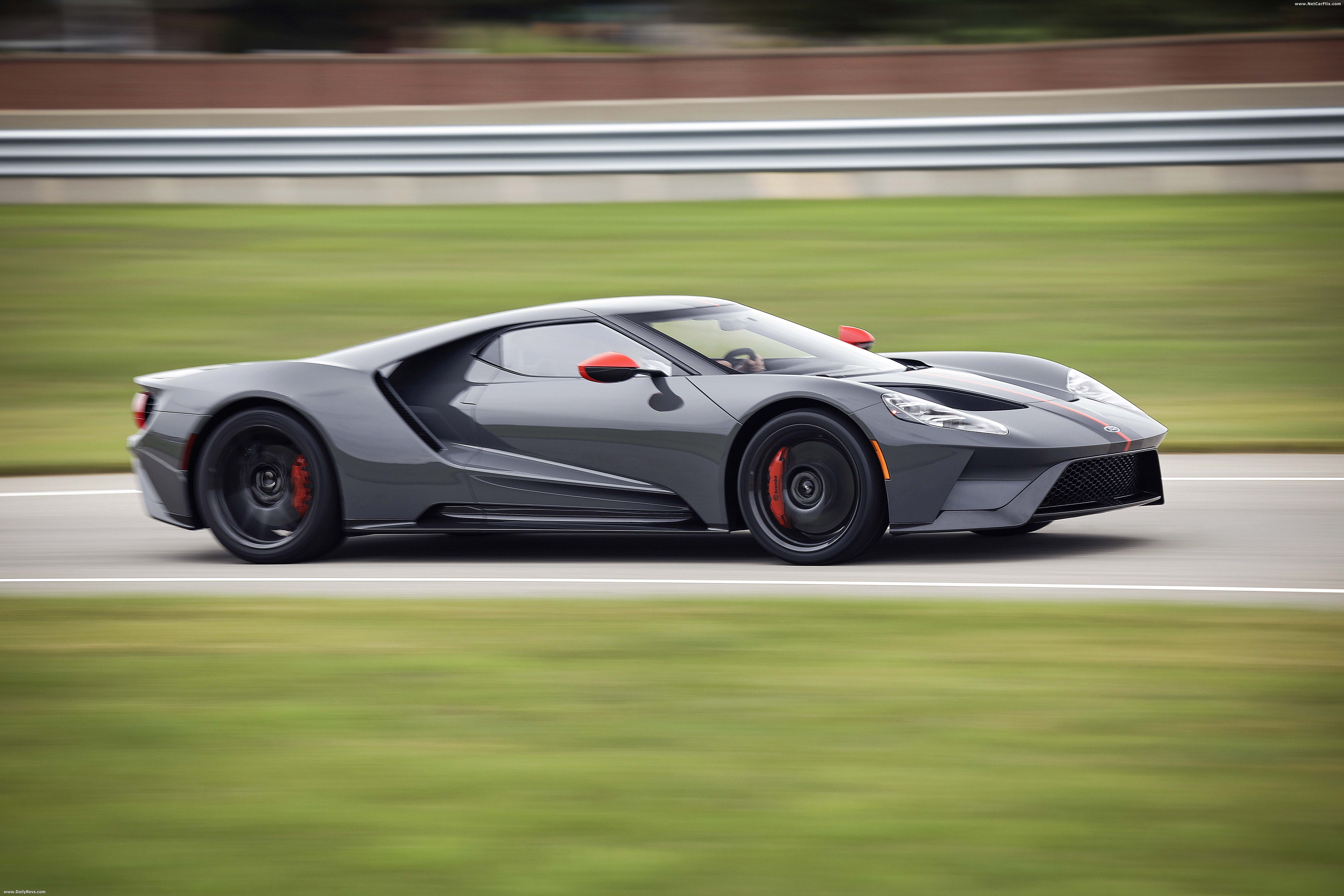 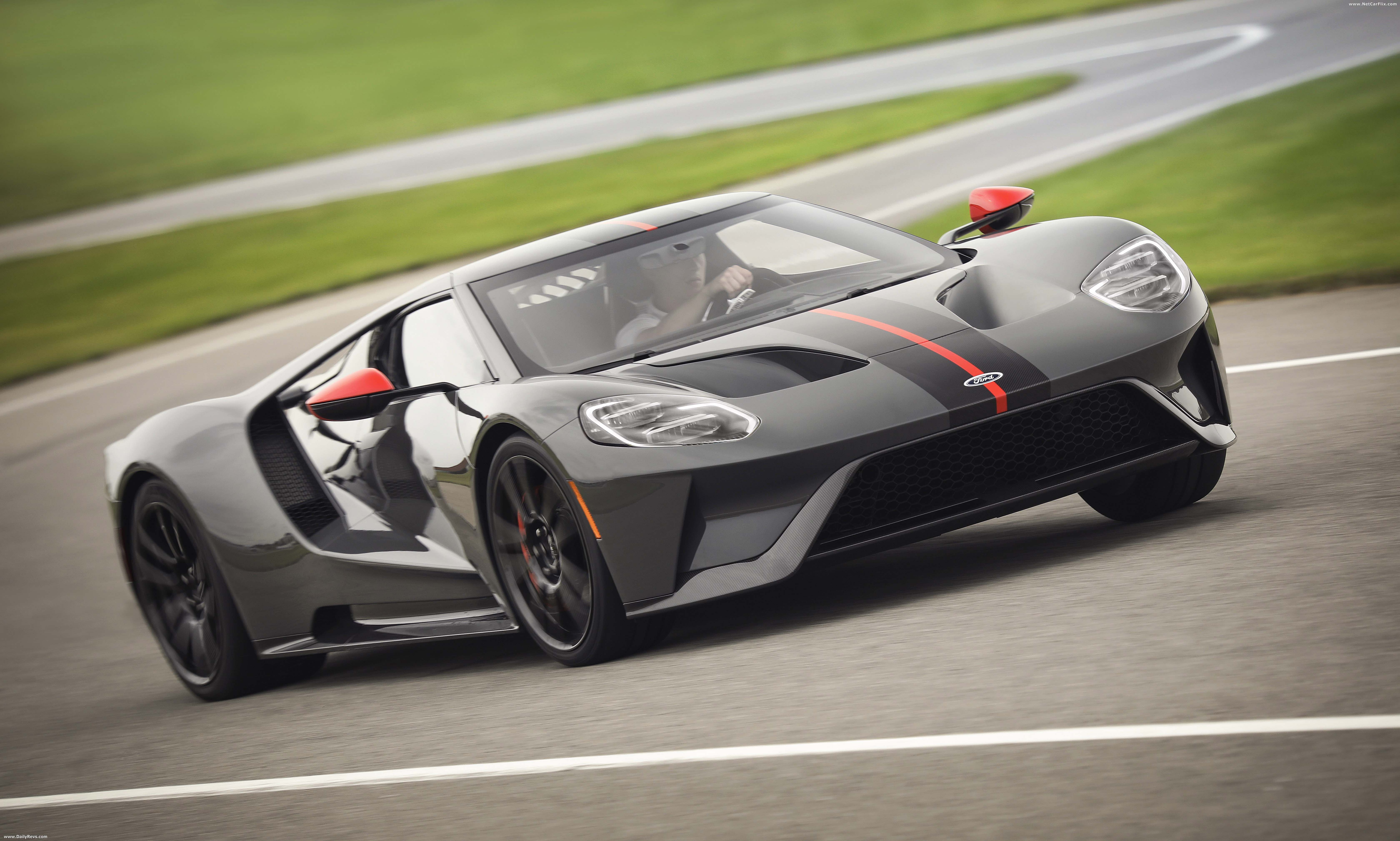 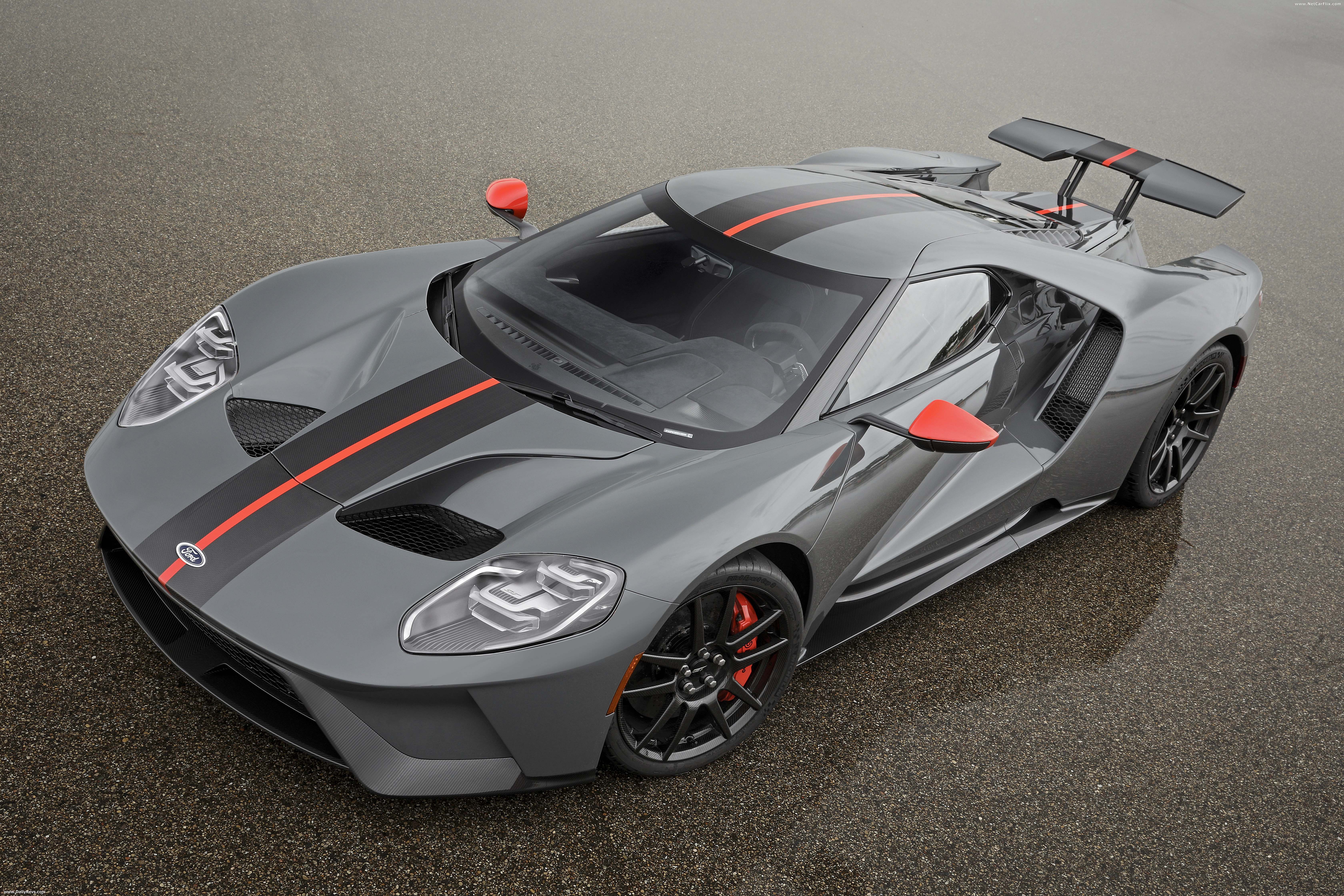 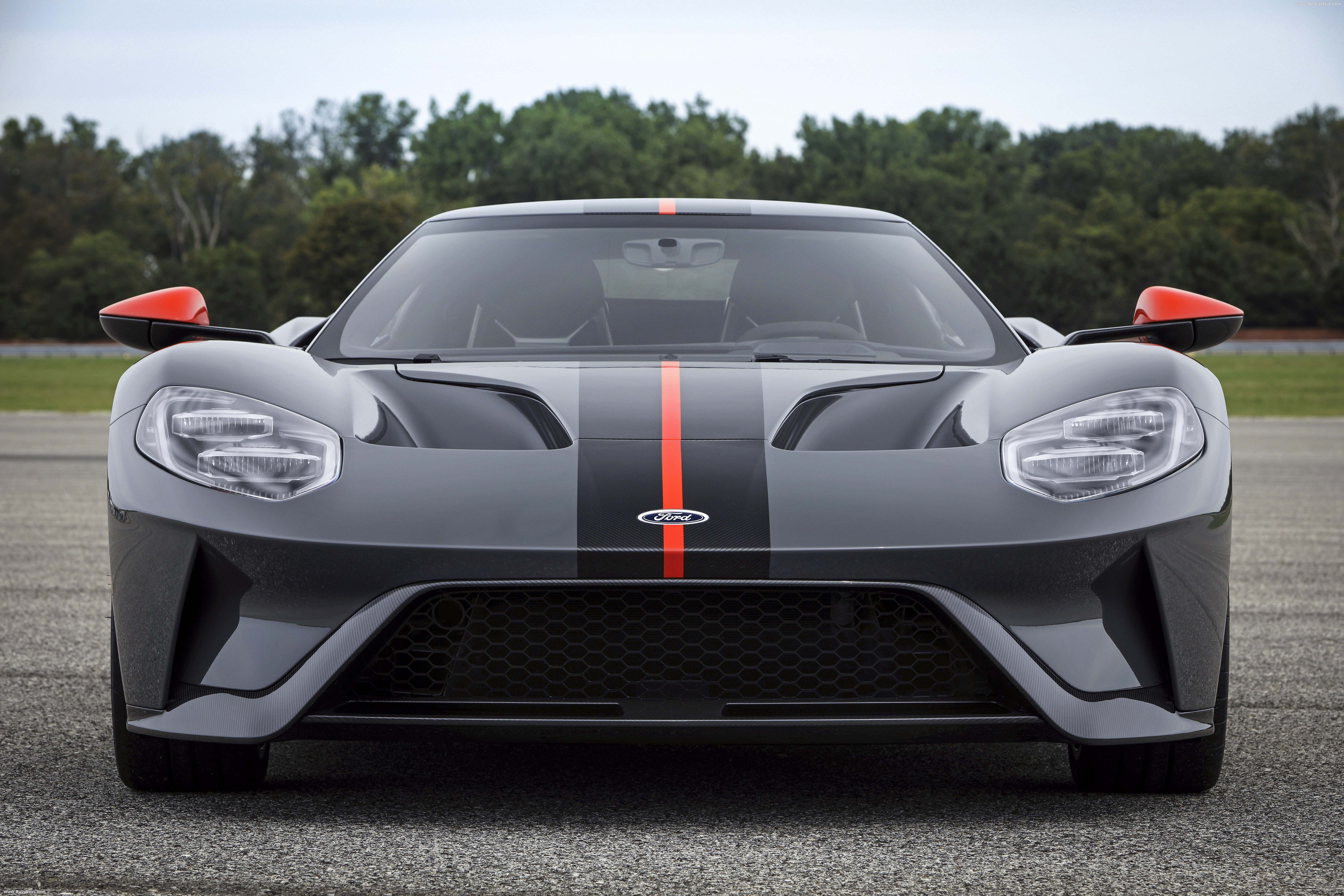 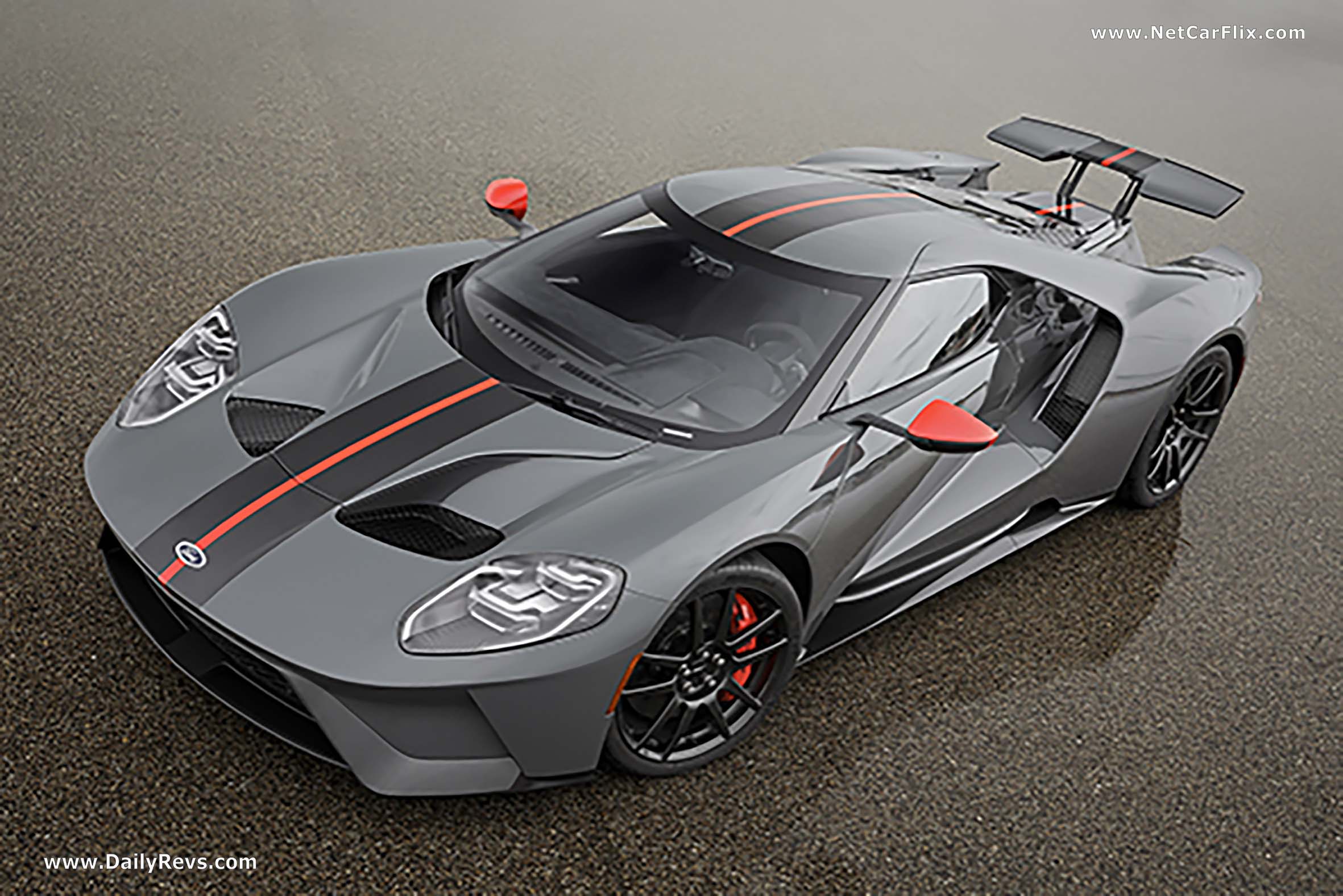 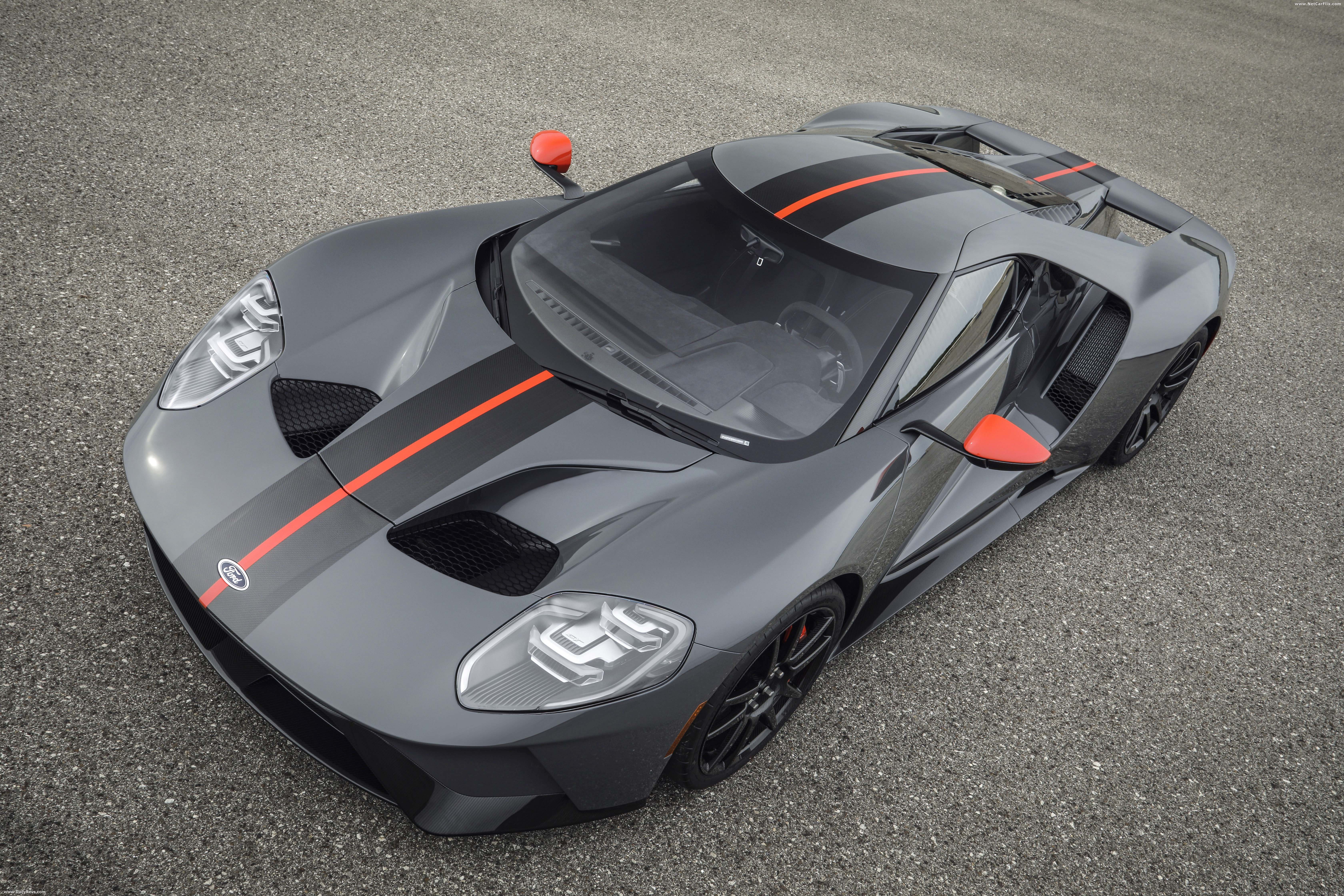 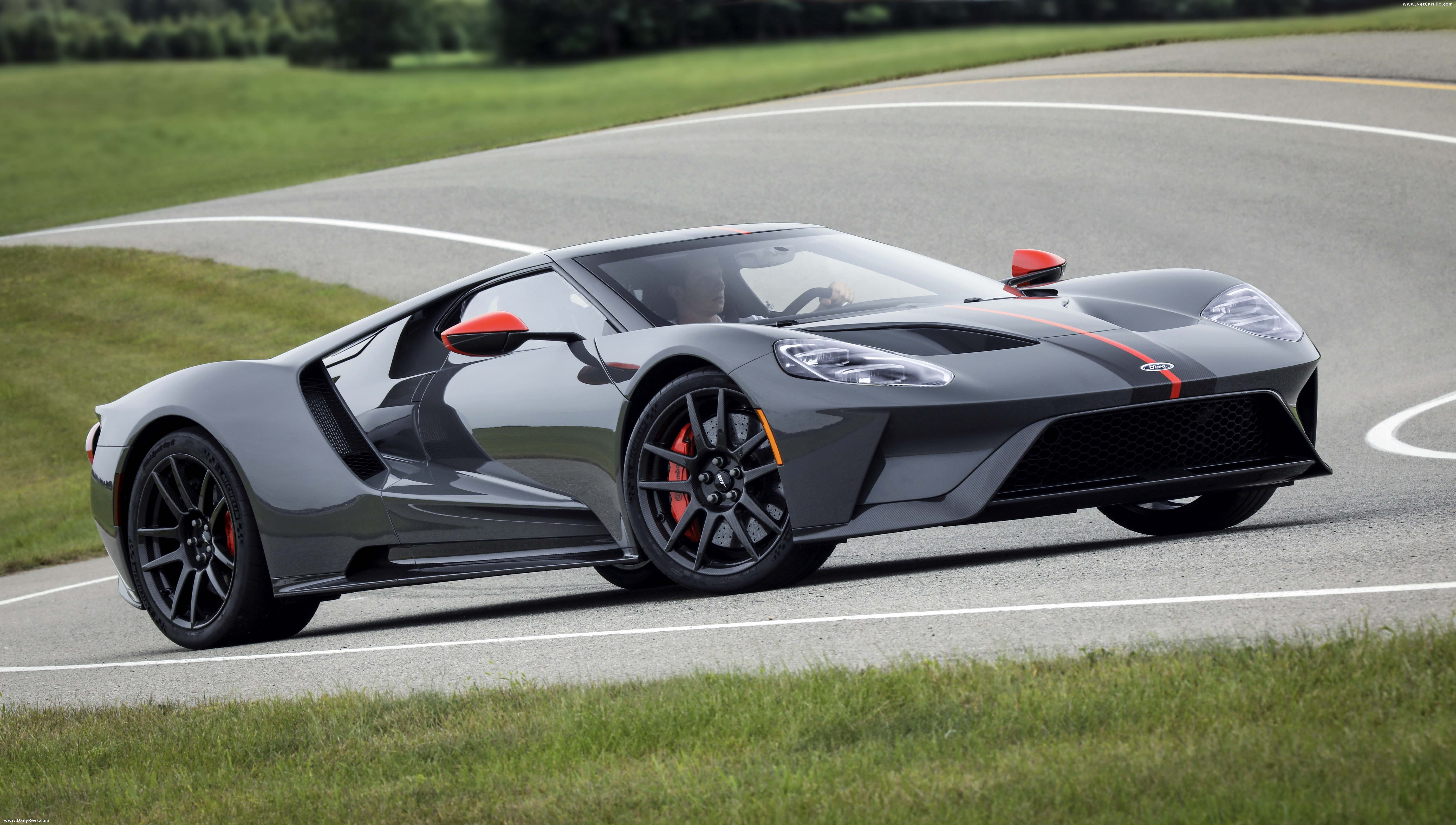 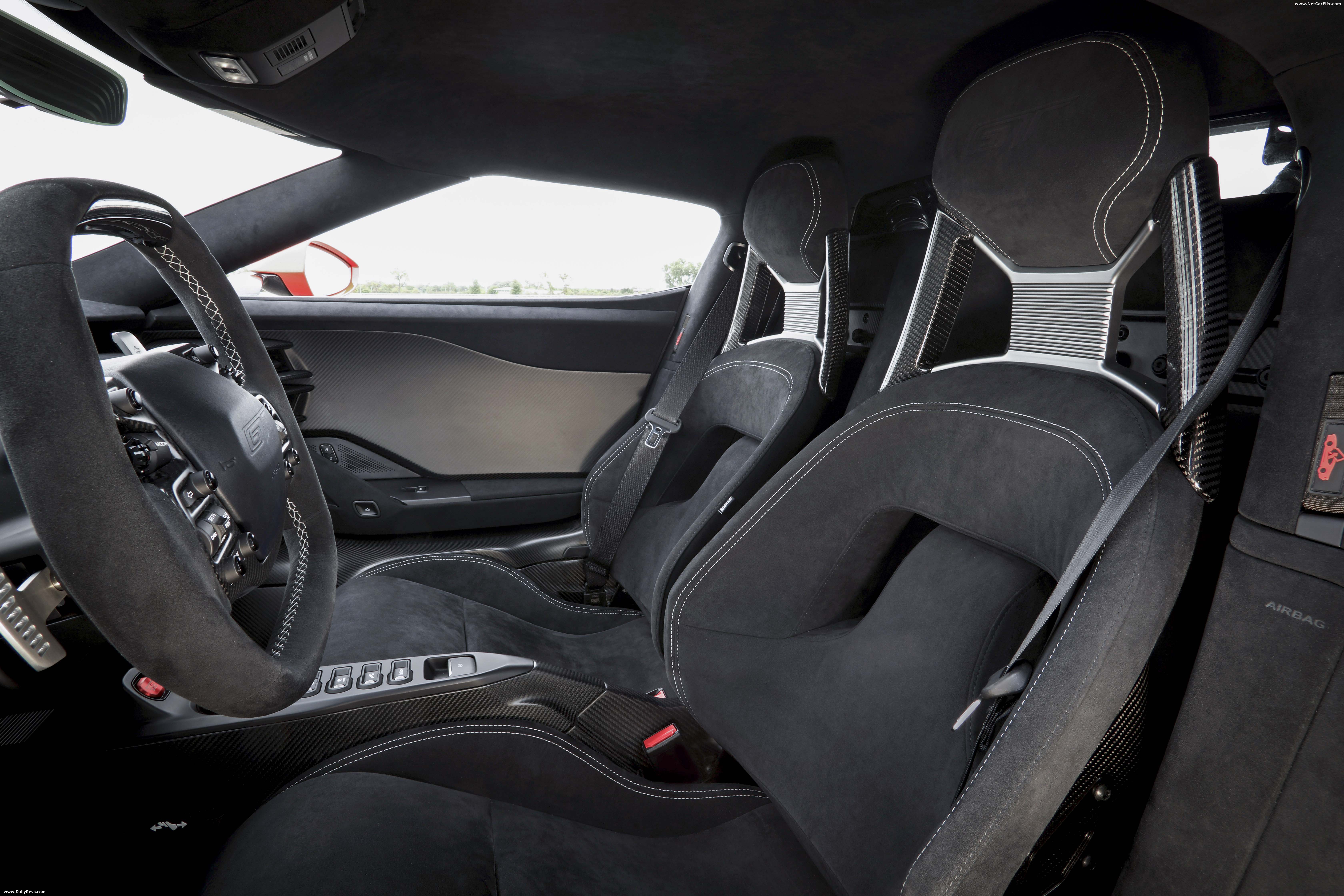 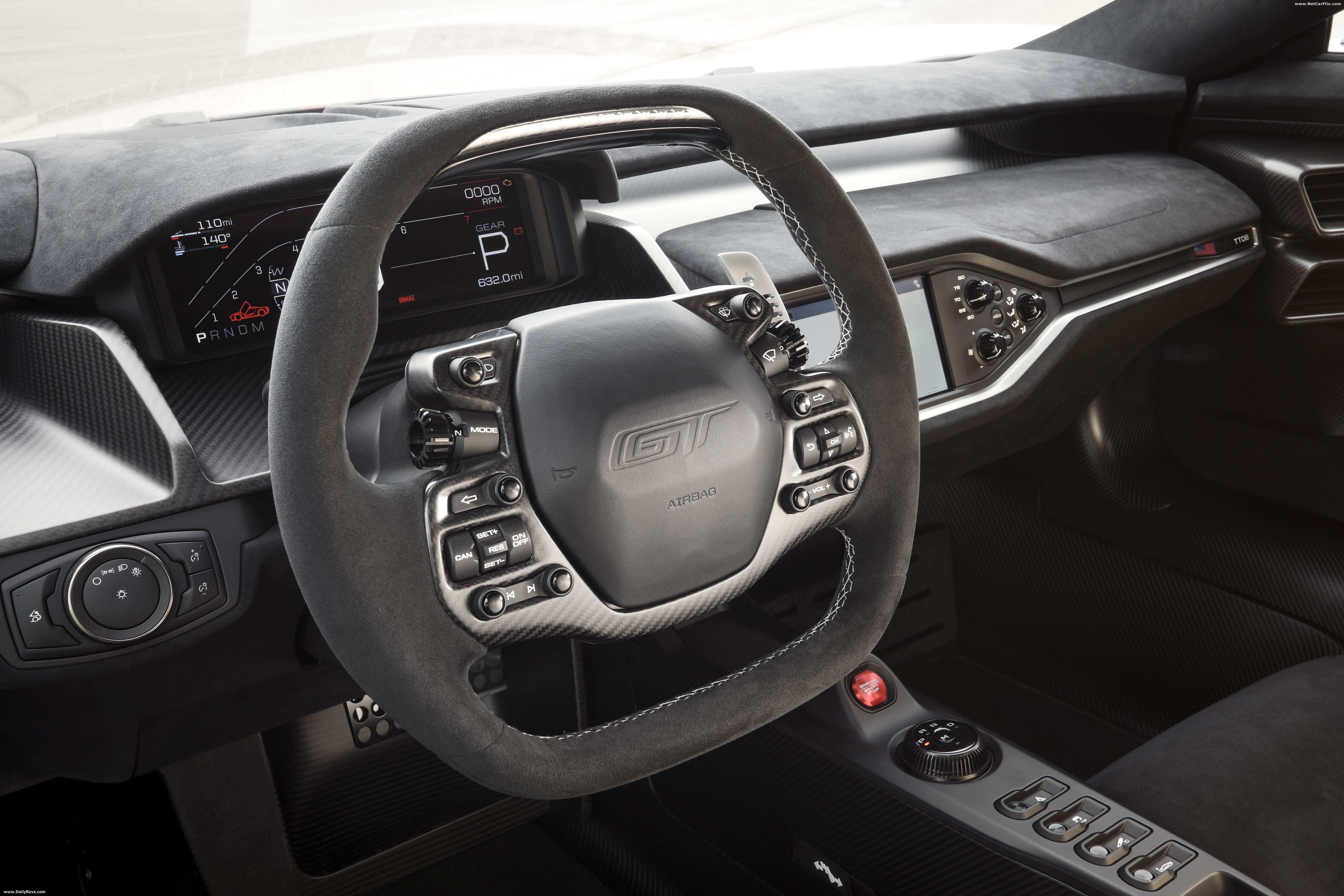 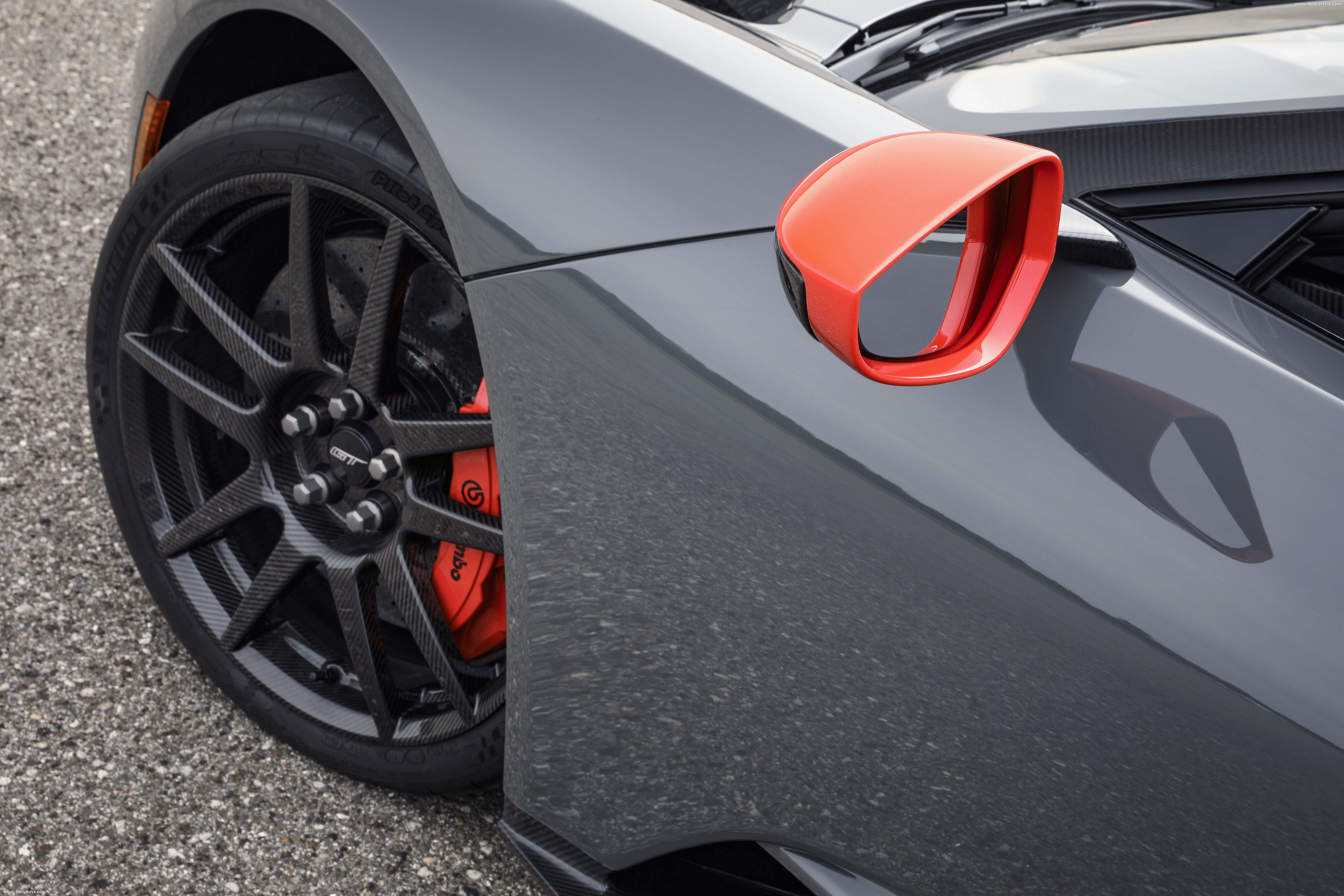 The Ford GT Carbon Series will be shredding tracks soon as the lightest of the road-going Ford supercars – and unlike its sibling racer, it will want to be driven home after time sheets are collected.

The new limited-edition model drops nearly 40 pounds with a host of lightweighting innovations such as carbon fiber wheels, a titanium exhaust, titanium lugnuts and a polycarbonate rear hatch with additional venting.

Ford engineers added just enough conveniences – air conditioning, a radio and SYNC® 3 – for those customers who want to drive to and from the track in comfort. But they drew the line to keep the weight in check by removing cupholders and the driver’s side seat storage bin.

This third Ford GT special edition features more visible carbon fiber than any previous model, along with optional accent colors, to stand out from the lineup and communicate its chicane cravings. 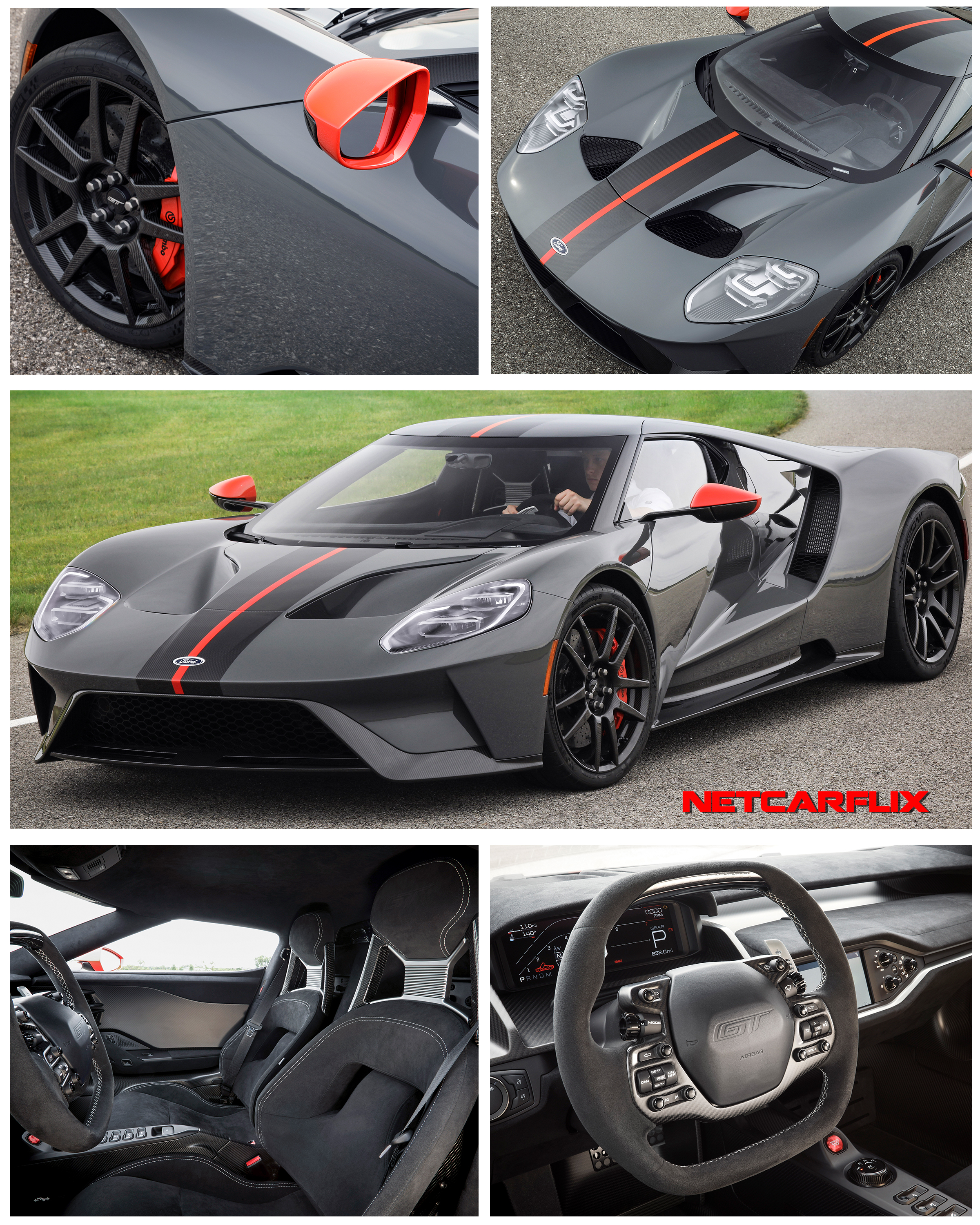 “The Ford GT Carbon Series stands out on the road with its striking carbon fiber-rich design and on the track with its athleticism,” says Hermann Salenbauch, global director, Ford Performance. “It is yet another example of how we can bring to life our Le Mans-winning supercar in new and exciting ways so our customers can share in that magical legacy.”

Customers can choose between four optional accent colors – silver, orange, red or blue – for the mirror caps, center stripe and calipers. The Carbon Series also features a unique seat pattern with silver stitching that is repeated on the steering wheel, as well as complementary clear anodized paddle shifters and a unique badge for the instrument panel.

“This is just another example of how we listen to our customers at Ford,” says Lance Mosley, marketing manager, Ford Performance. “While the Ford GT Competition model appeals to hardcore racing enthusiasts, we found more customers asking for more exposed carbon fiber with the air conditioning and radio still intact. So we developed the Carbon Series to satisfy that need, while providing a distinct look.”