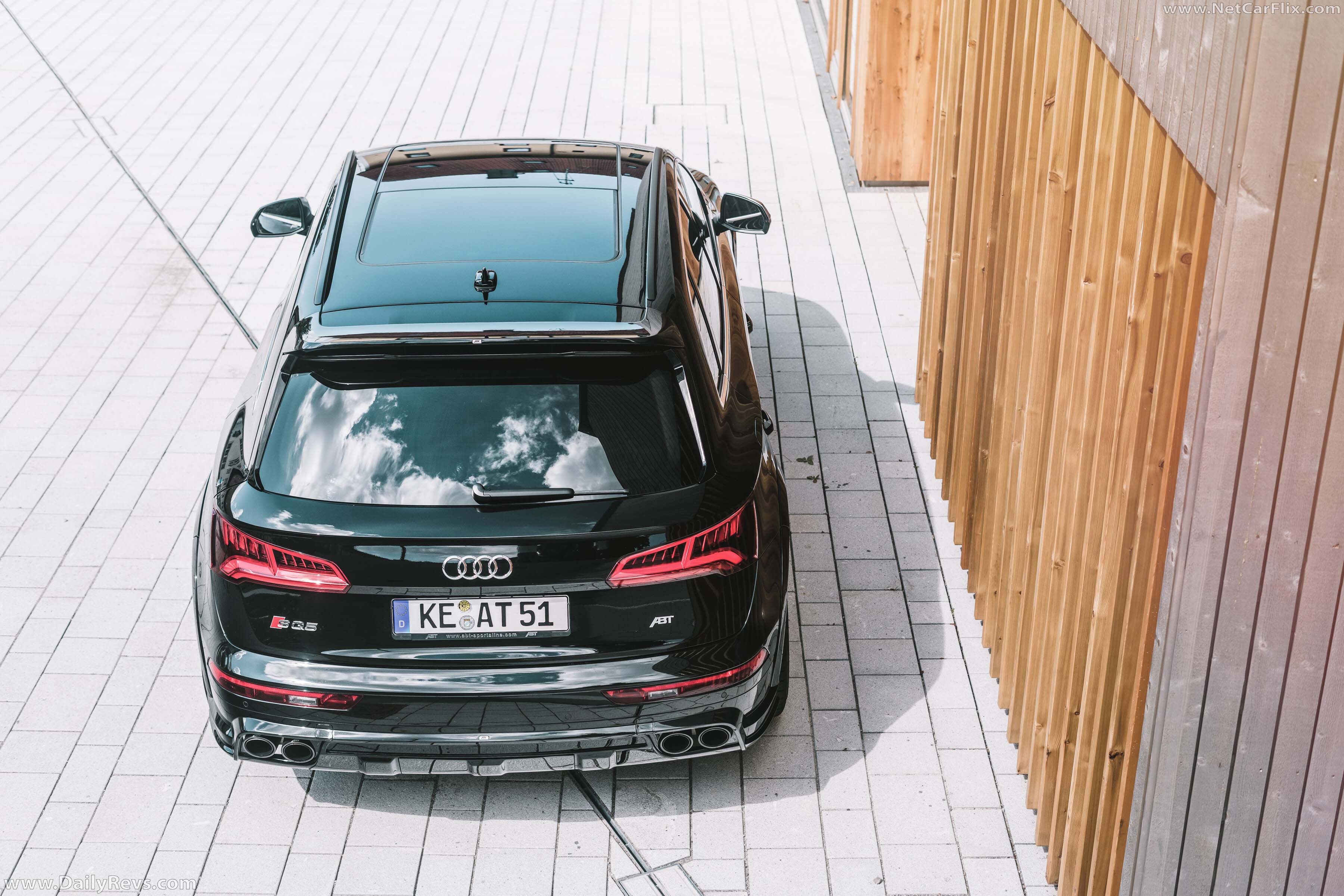 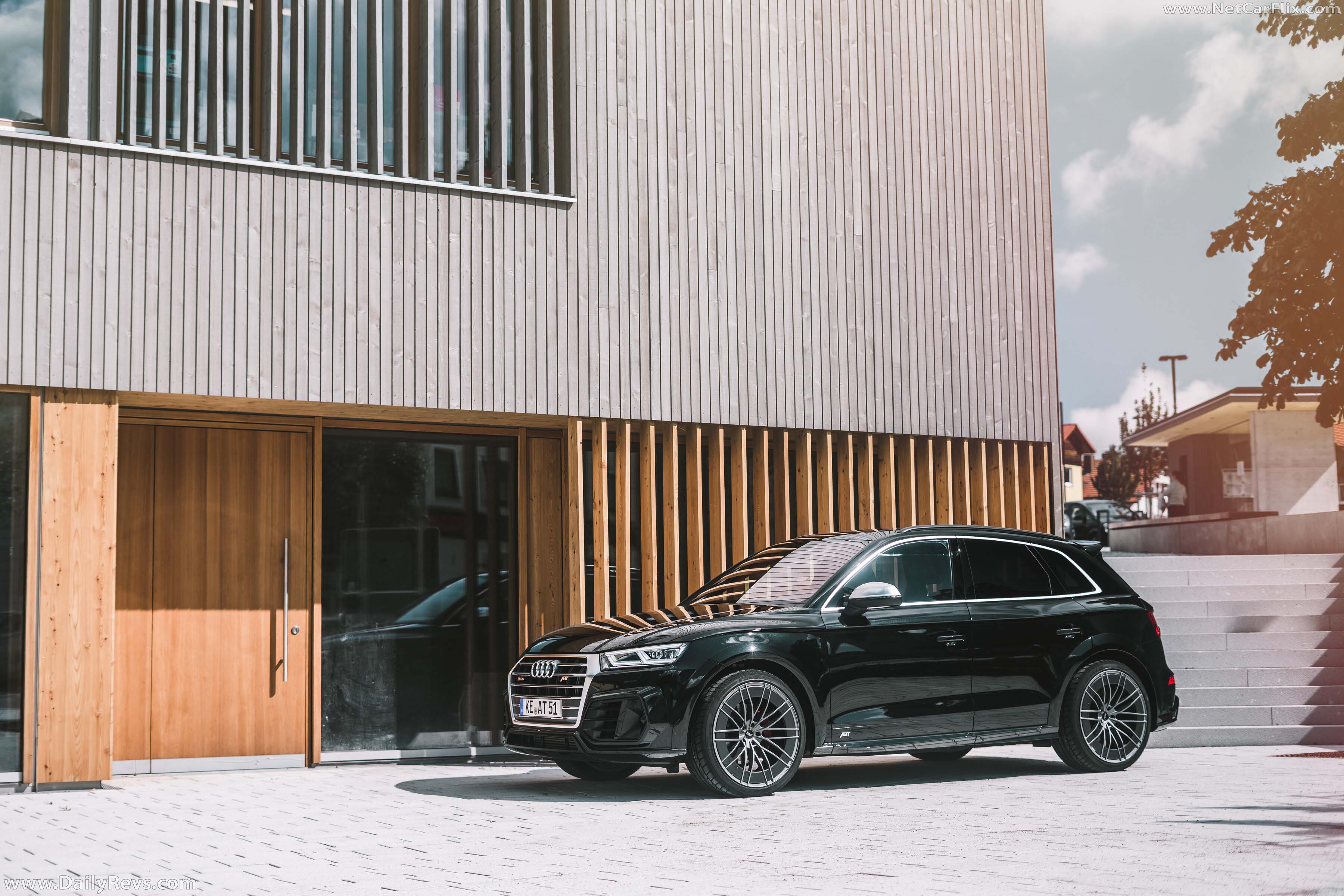 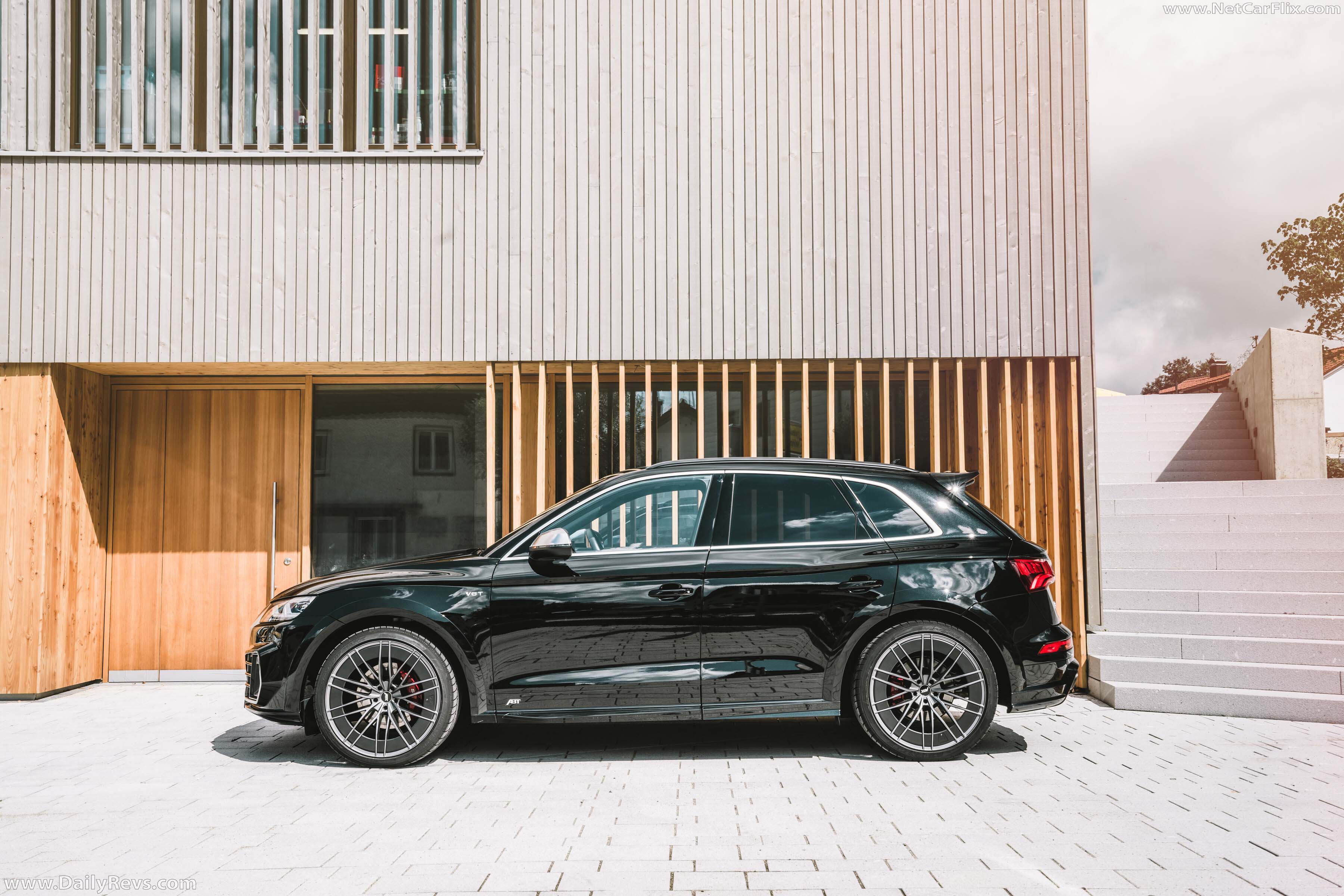 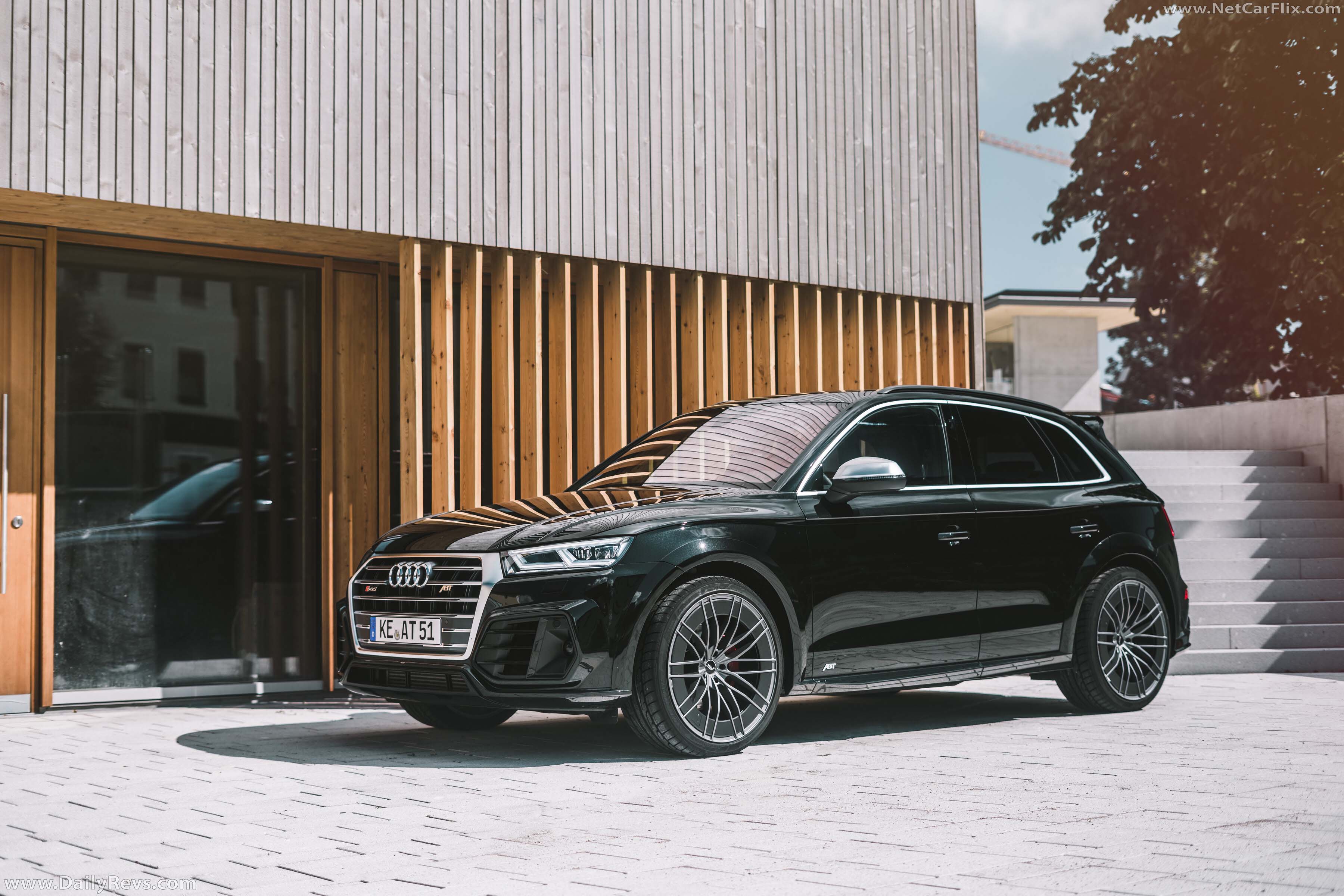 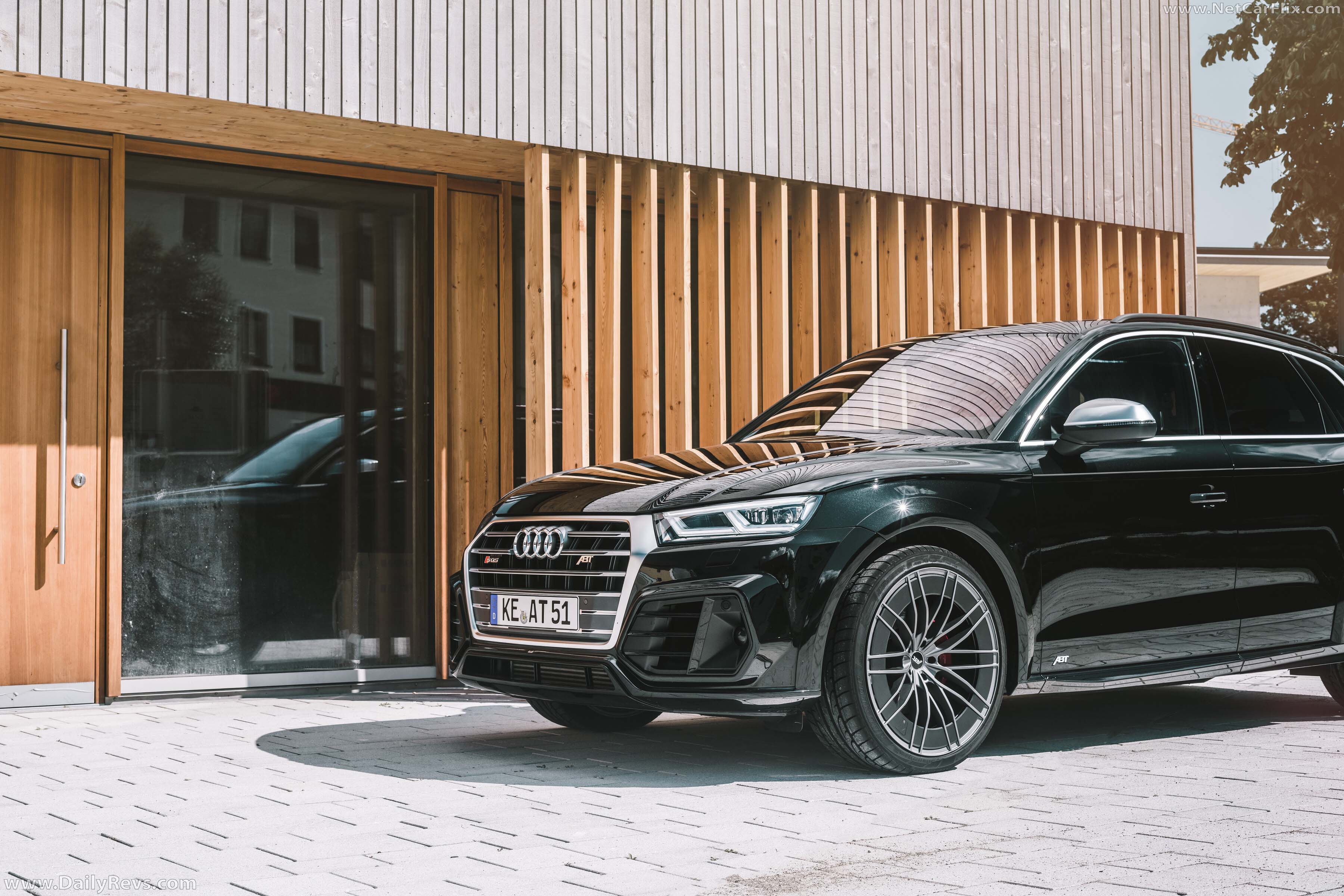 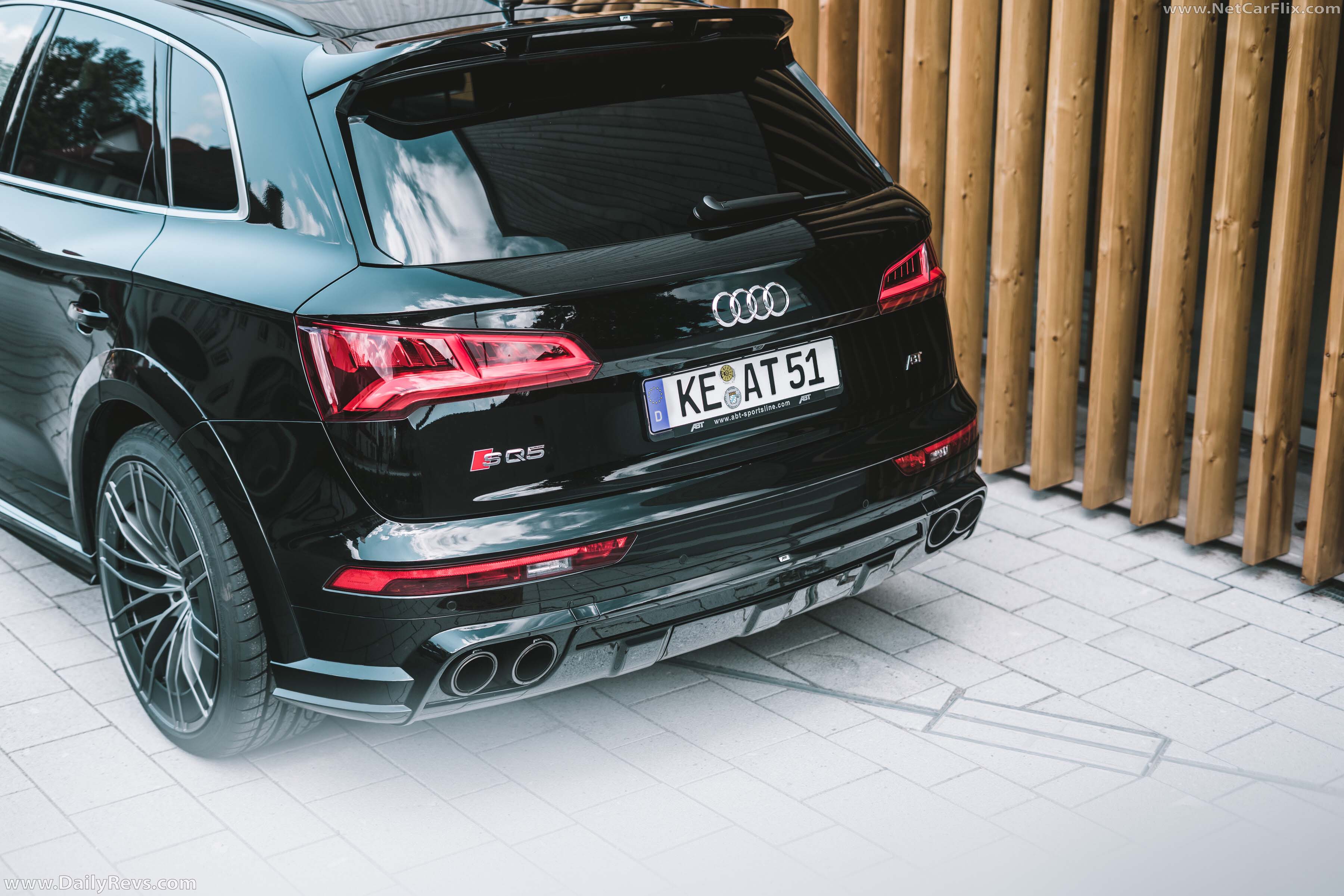 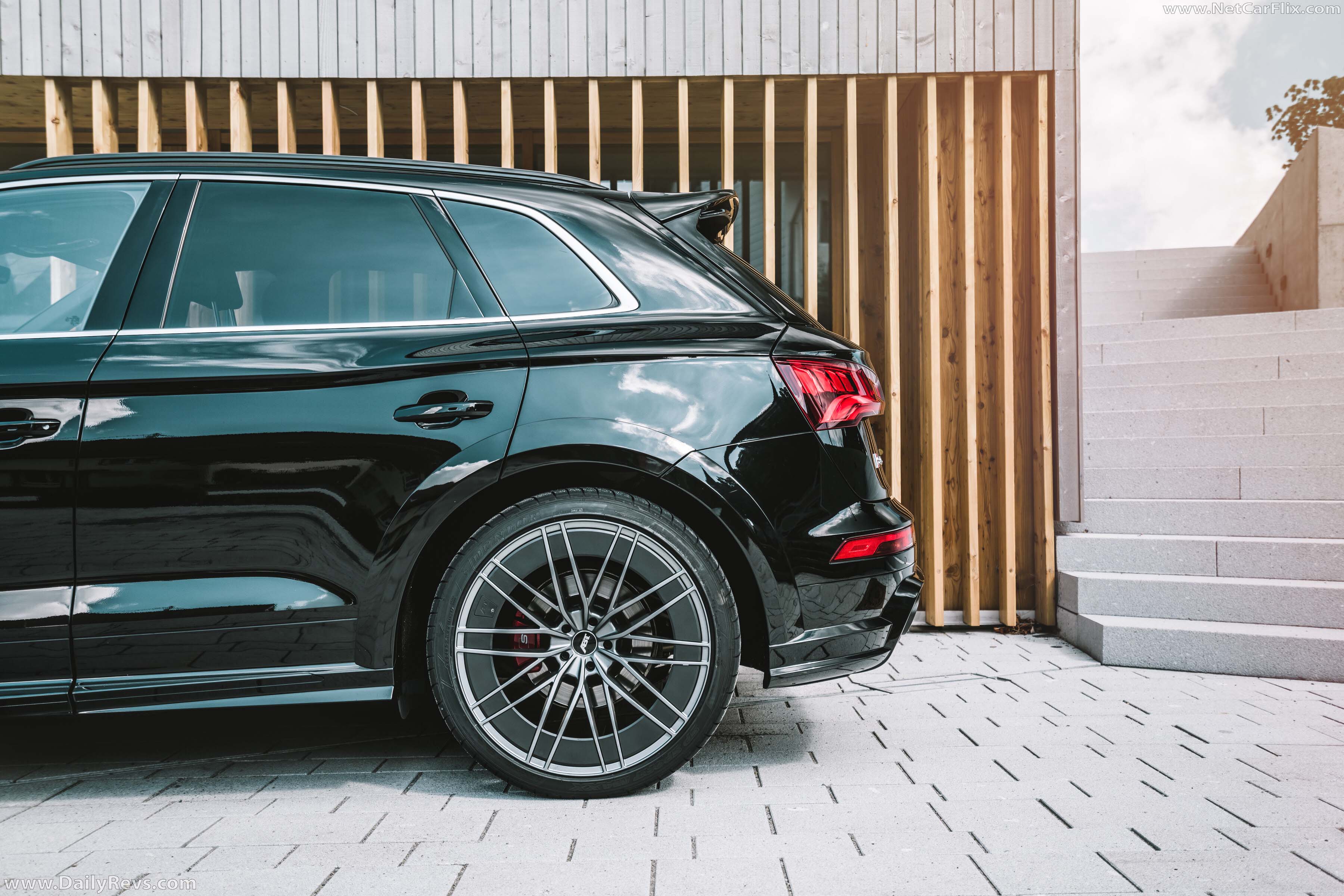 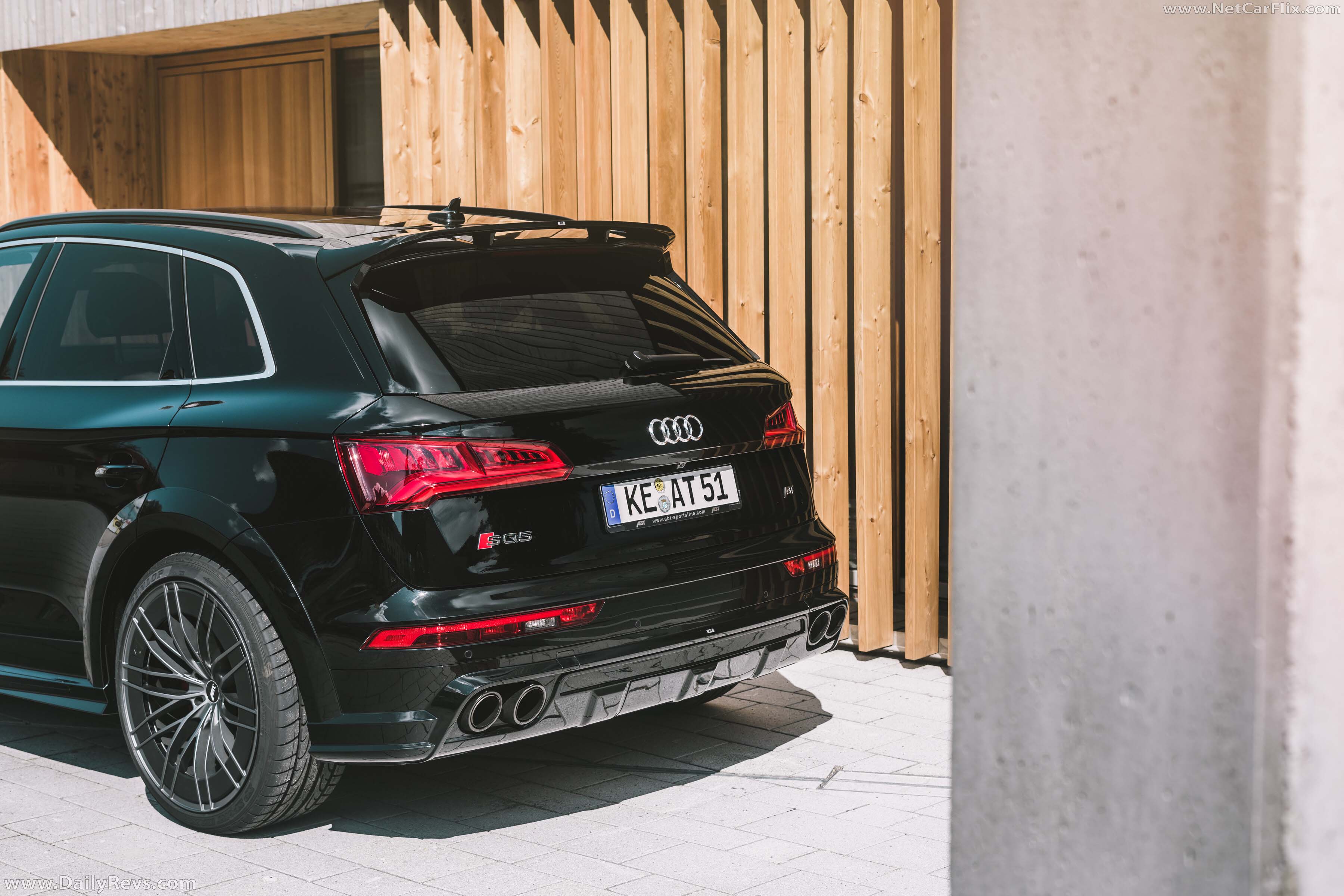 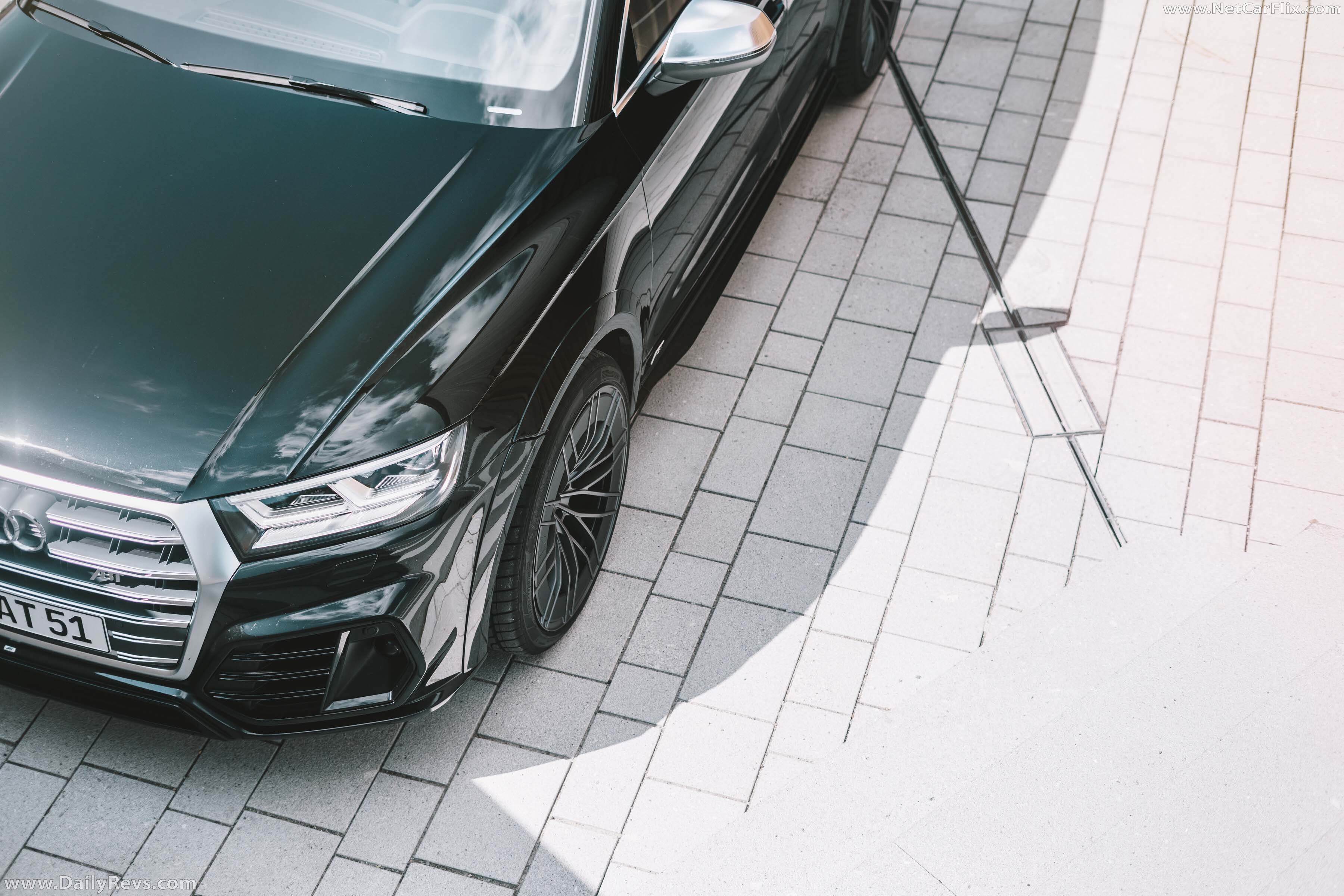 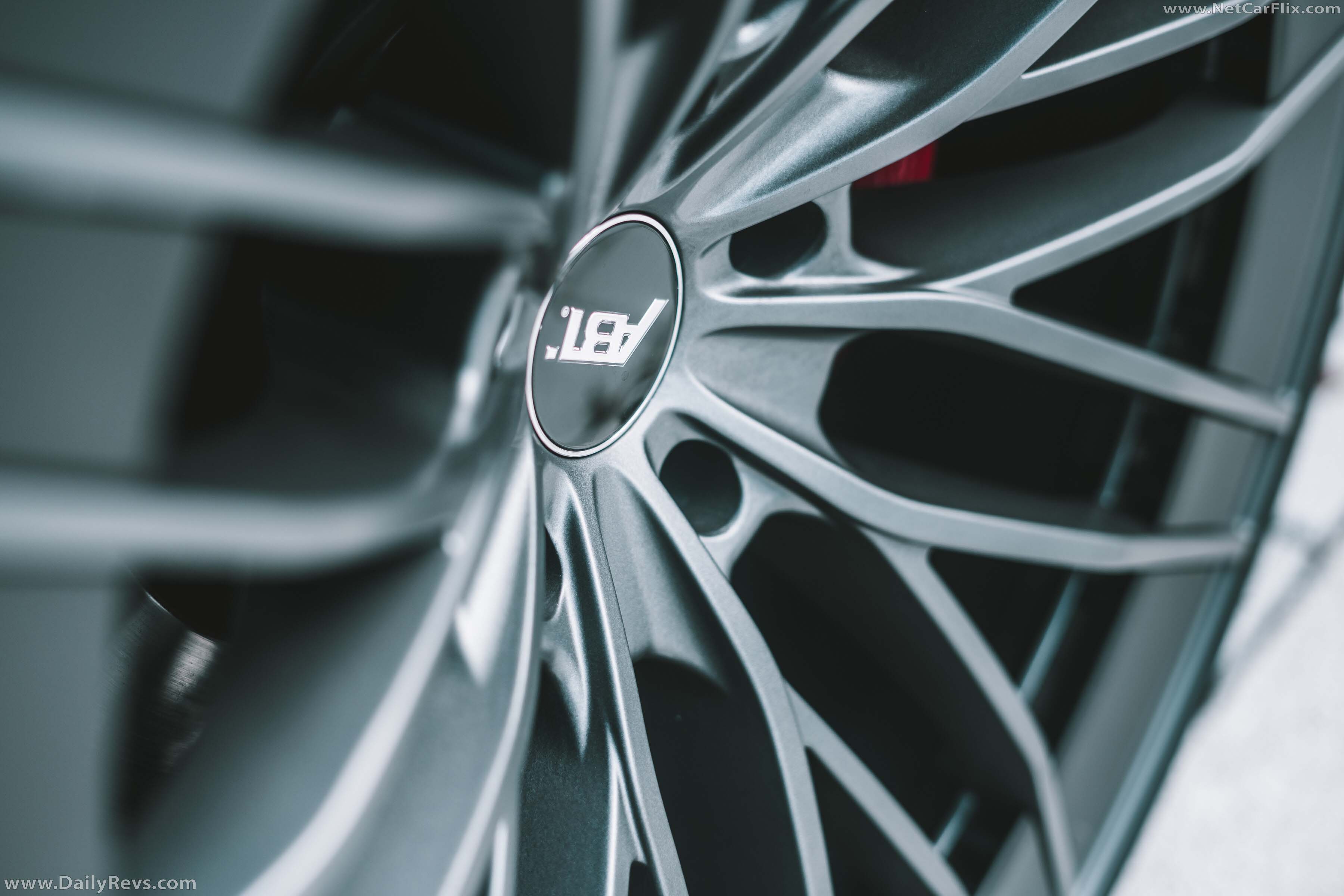 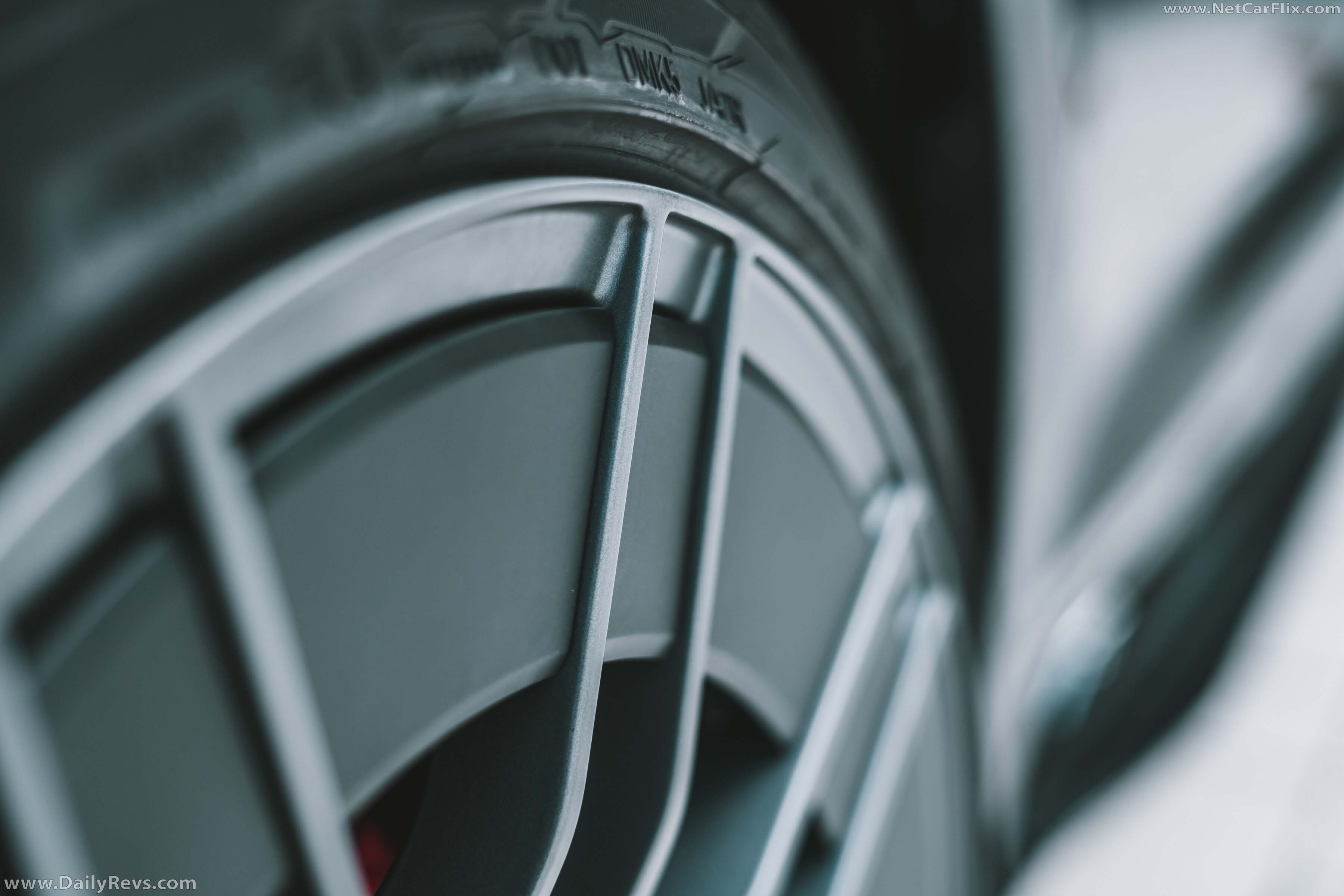 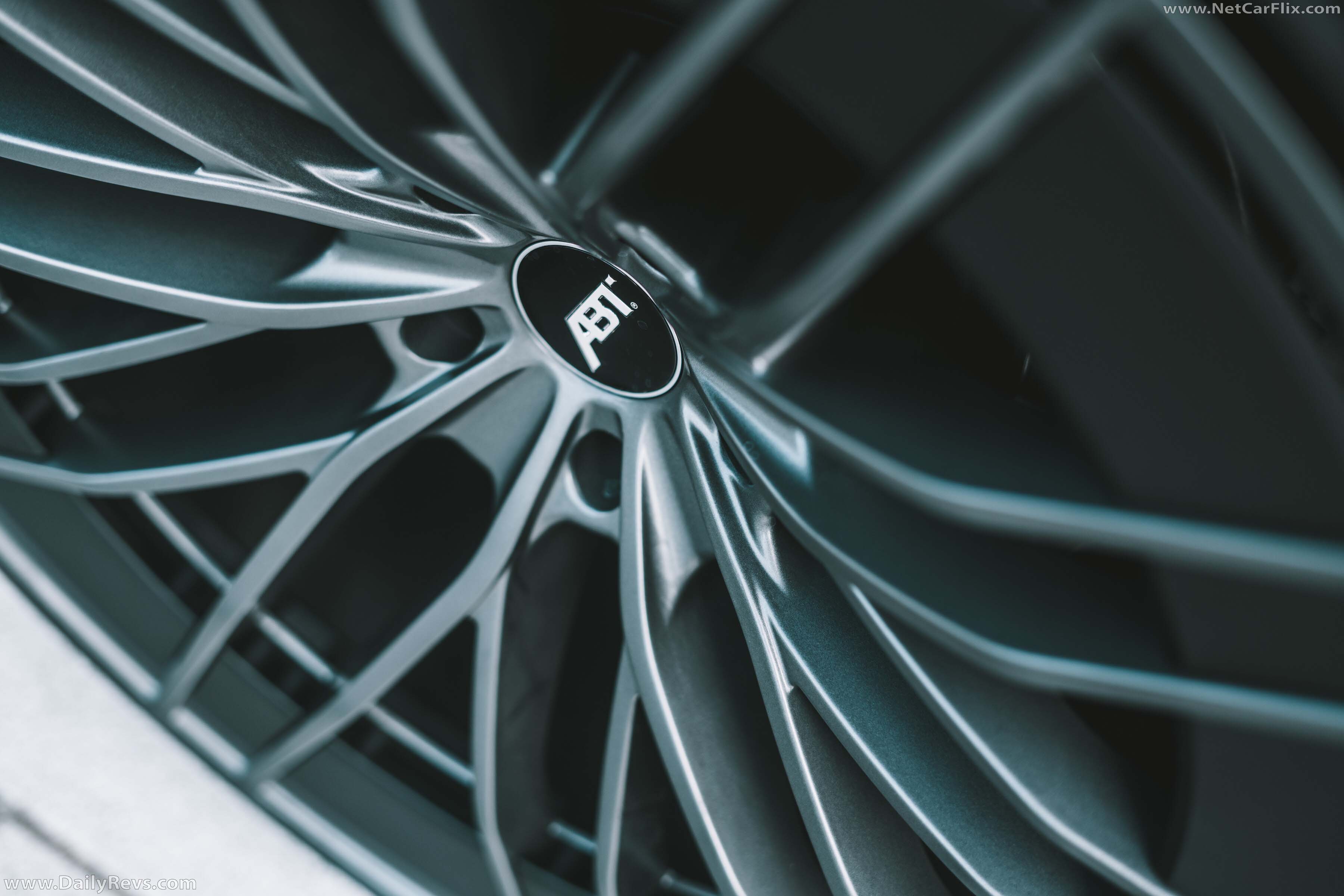 Delivering 347 hp (255 kW), the new SQ5 3.0 TDI is an impressive performer right across the board. Thanks to an electric compressor, 700 Nm of torque is achieved early on and the acceleration is beyond all doubt, and with the new performance upgrade ABT Powerinstalled, even sports car fans are impressed. The figures provided by the world’s largest tuner of Audi and VW vehicles substantiate the subjective impression: The high-tech control unit ABT Engine Control (AEC) delivers 384 hp (282 kW) and 760 Nm of torque. 0-62 mph is now achieved in 4.9 seconds rather than 5.1 seconds, and the AEC thereby continuously calibrates more than 25 parameters, this results in optimum utilisation of performance whilst simultaneously protecting the engine. The driver makes contact with the engine in style via the ABT start/stop switch in the interior. The Allgäu tuner also installs an ABT shift knob cover and ABT integrated entrance lights, which project our good name onto the asphalt when getting into and out of the car. 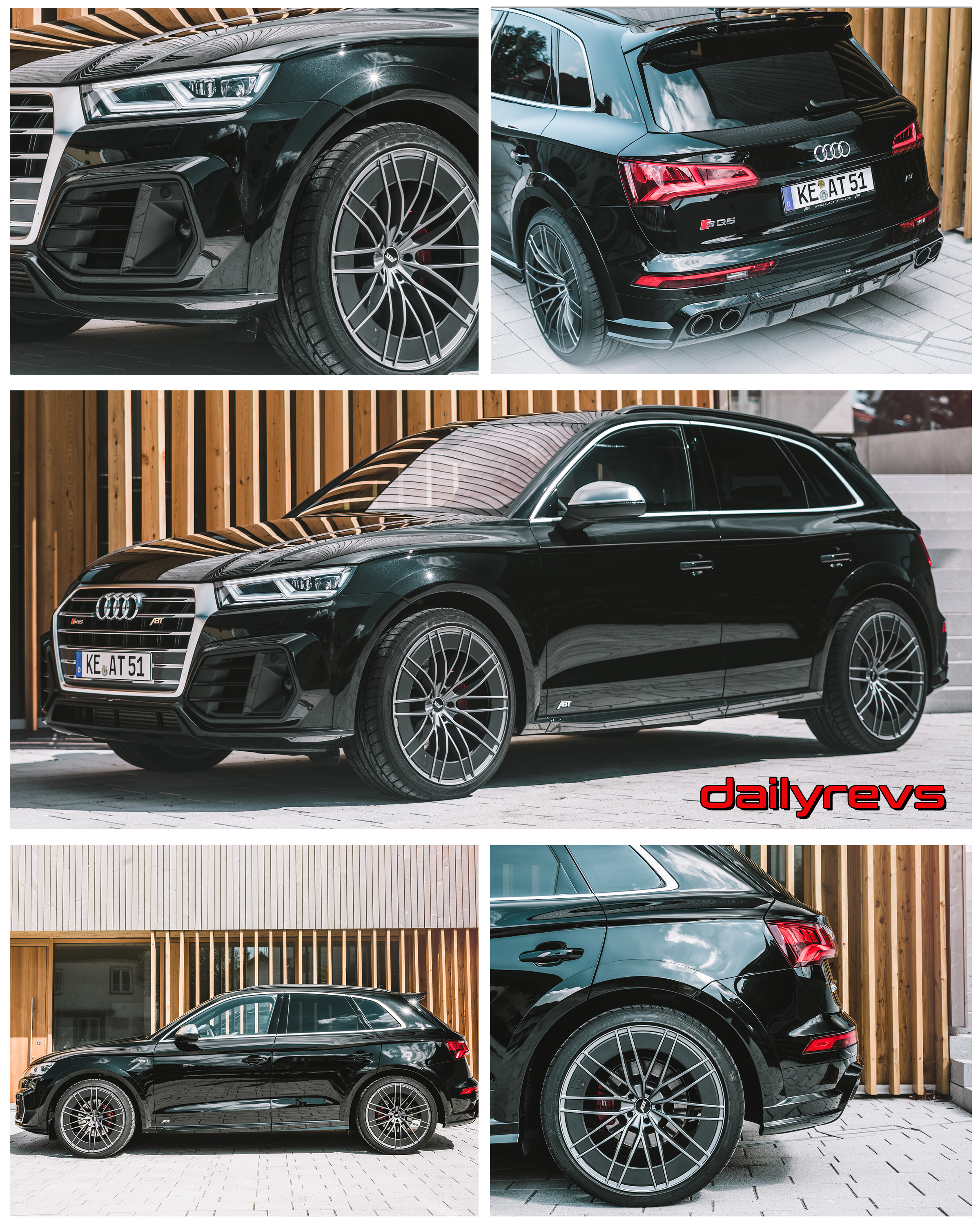 In addition, ABT coilover suspension springsincrease the transverse dynamic potential of the SQ5 TDI. And the look can be further enhanced by the lowering range of 35-60 mm. Already popular on the petrol version, the ABT aero package includes a sporty front skirt, dynamic door strip attachments and an imposing rear skirt set with carbon end pipes. If you order the wide body version rather than the narrow body version, ABT fender extensions are also included, another option is the ABT rear wing.

With the ABT wide body aero package, SQ5 drivers also gain access to the world of 22-inch wheels. This spectacular look is modelled by the black pictured vehicle, which is equipped with ABT Sport HR Aero wheels in “dark smoke”, which are brand-new for this vehicle. Another addition to the range is the ABT High Performance HR without aero ring, which has been manufactured using a flow forming process, but the classic ABT DR, FR and Sport GR wheels are also available in 22-inch versions. A range of 20 and 21-inch wheels is available for all SQ5 models.