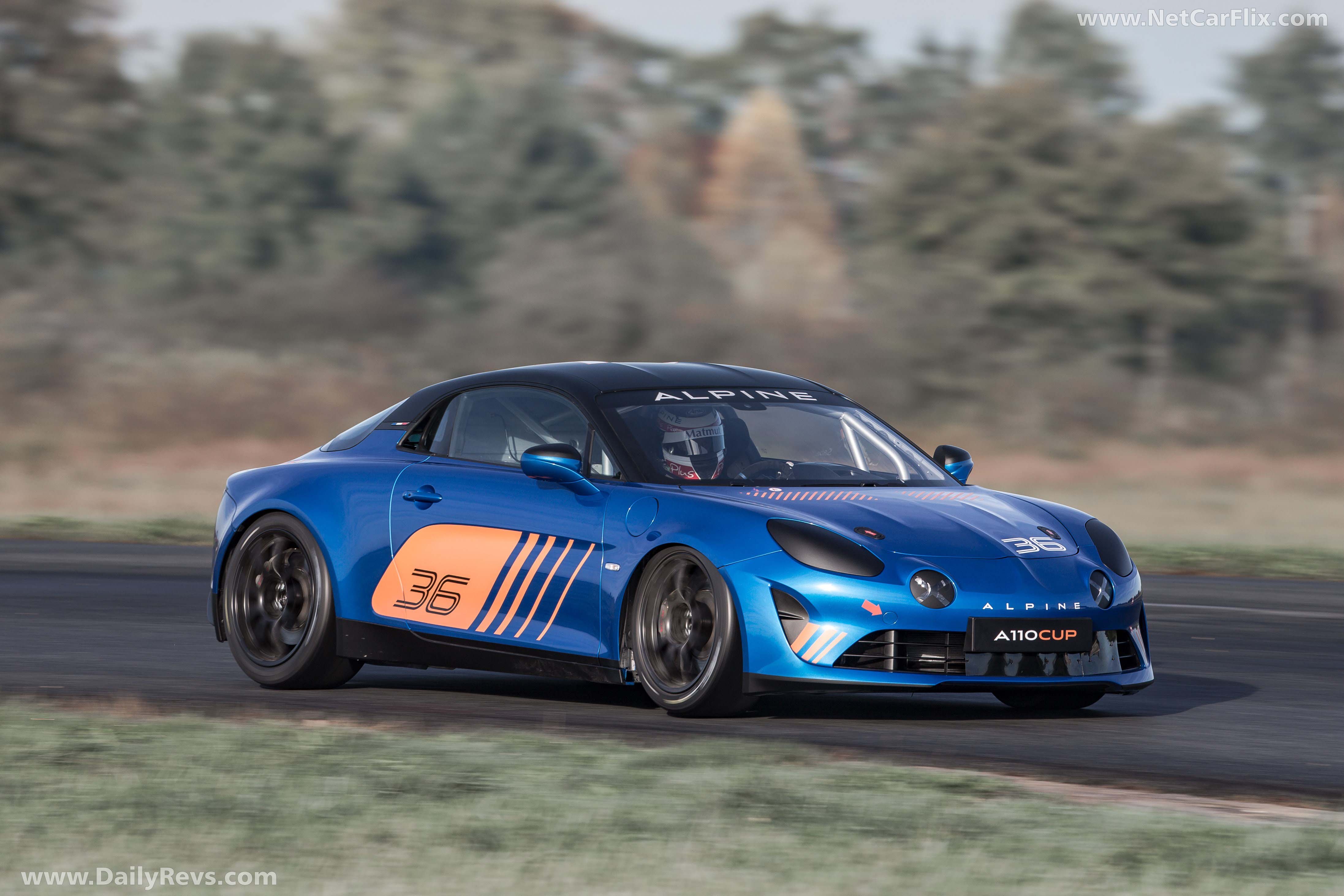 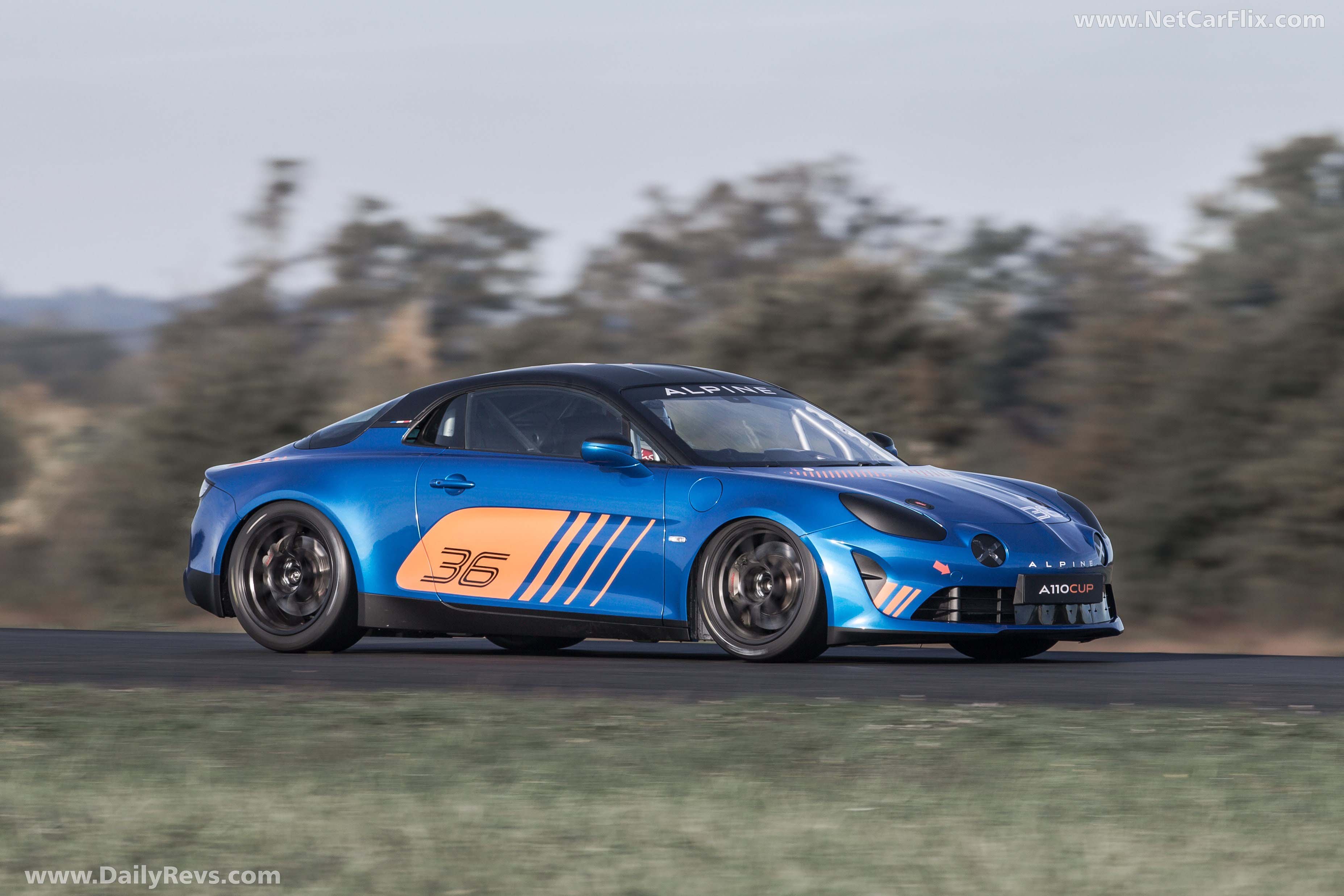 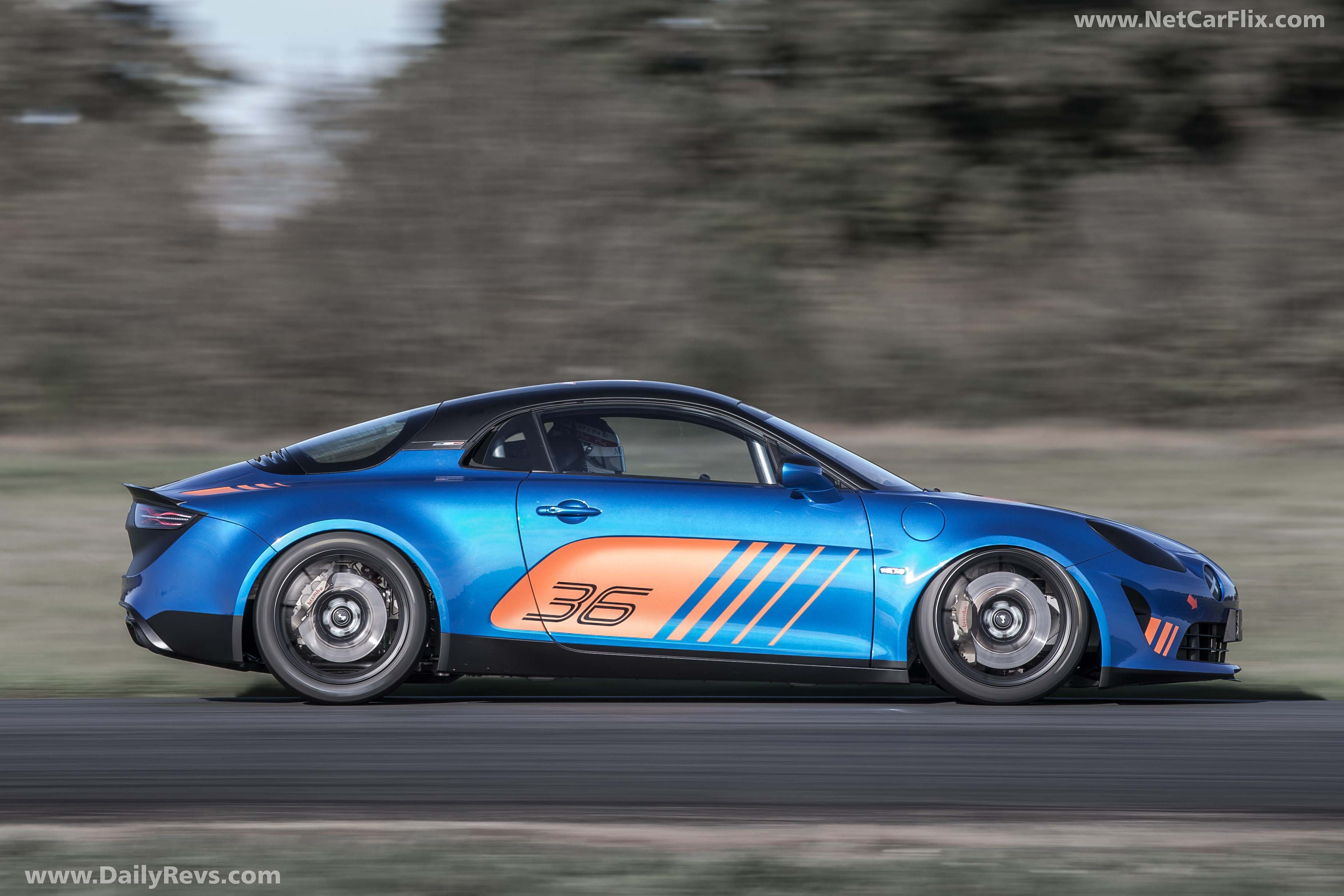 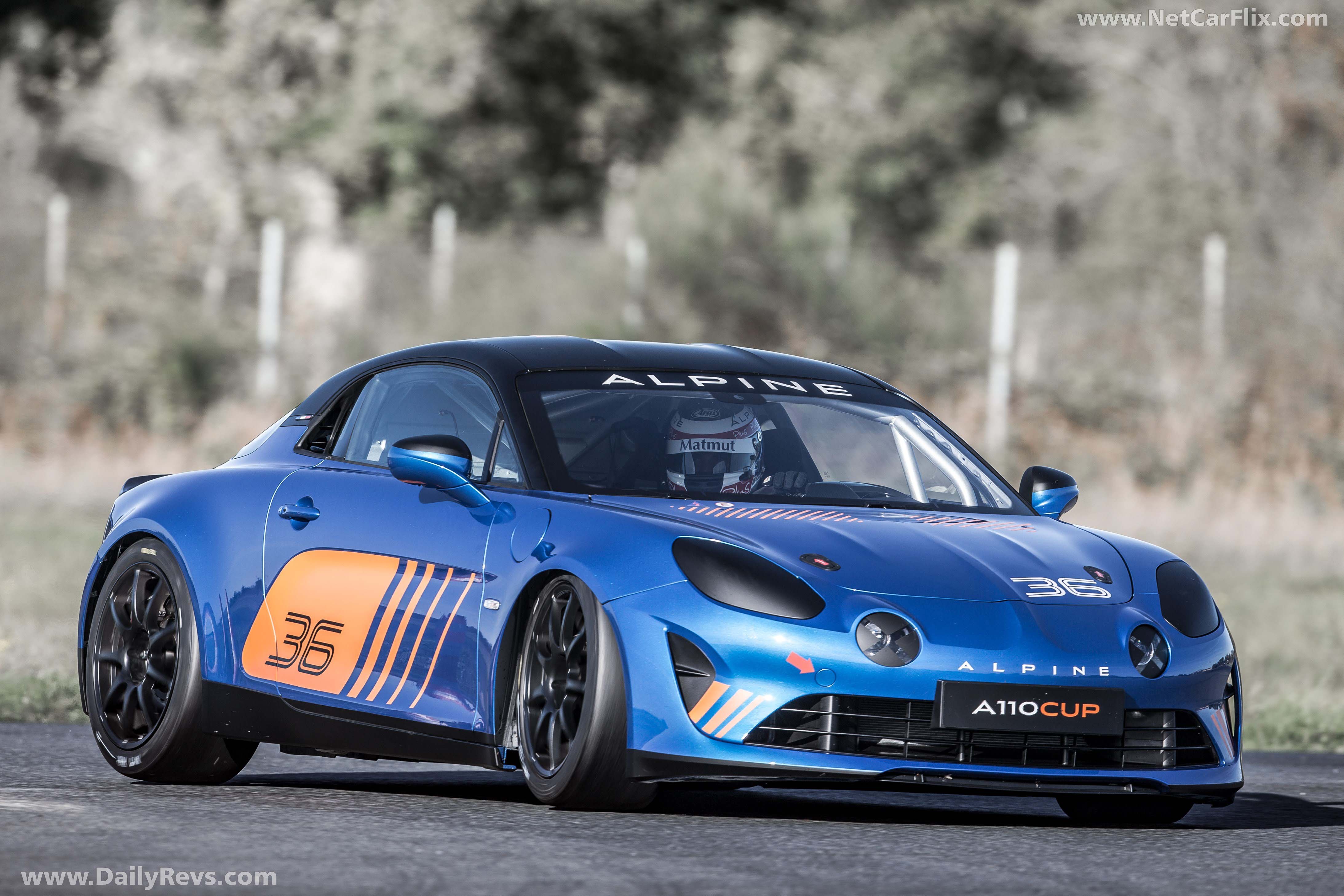 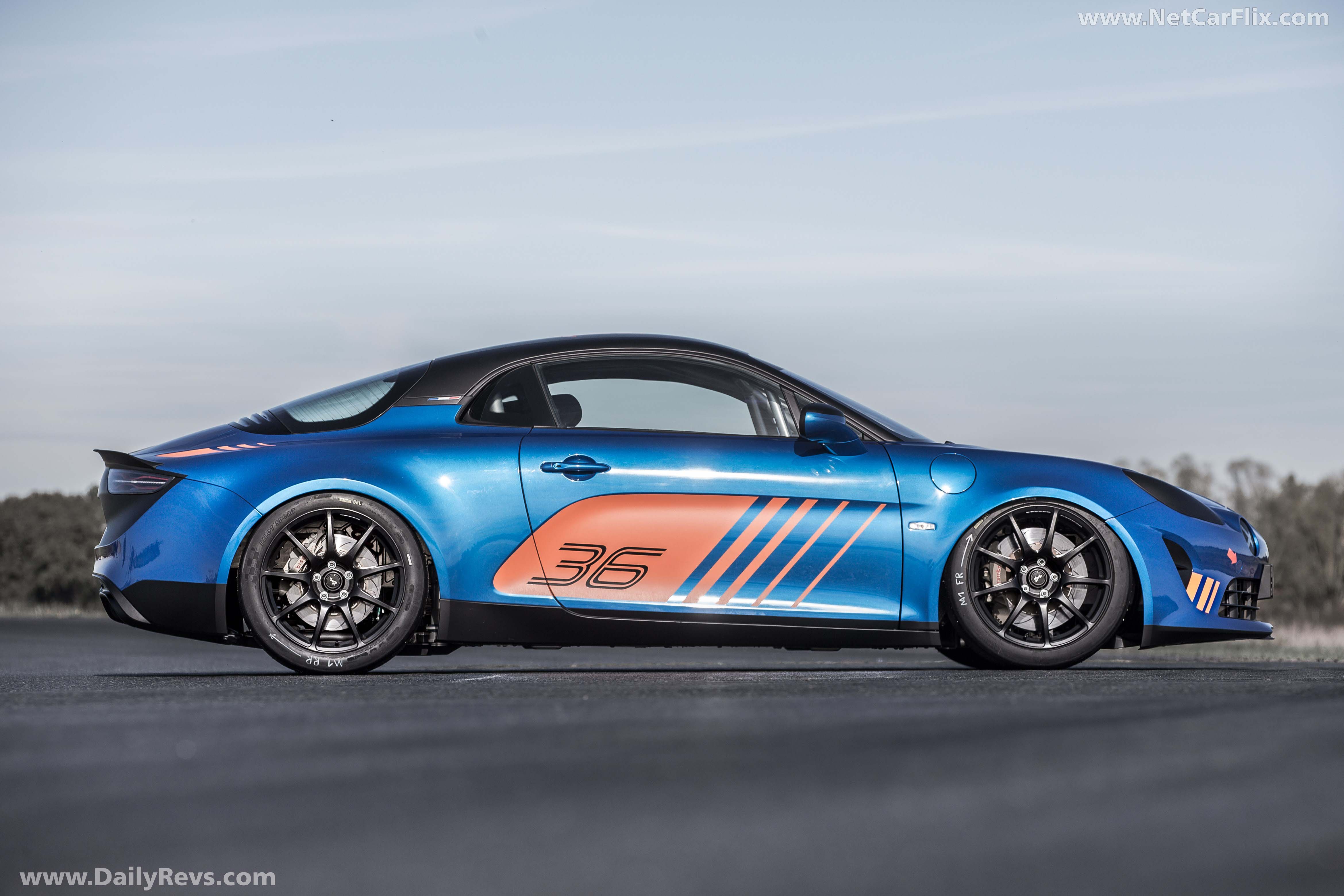 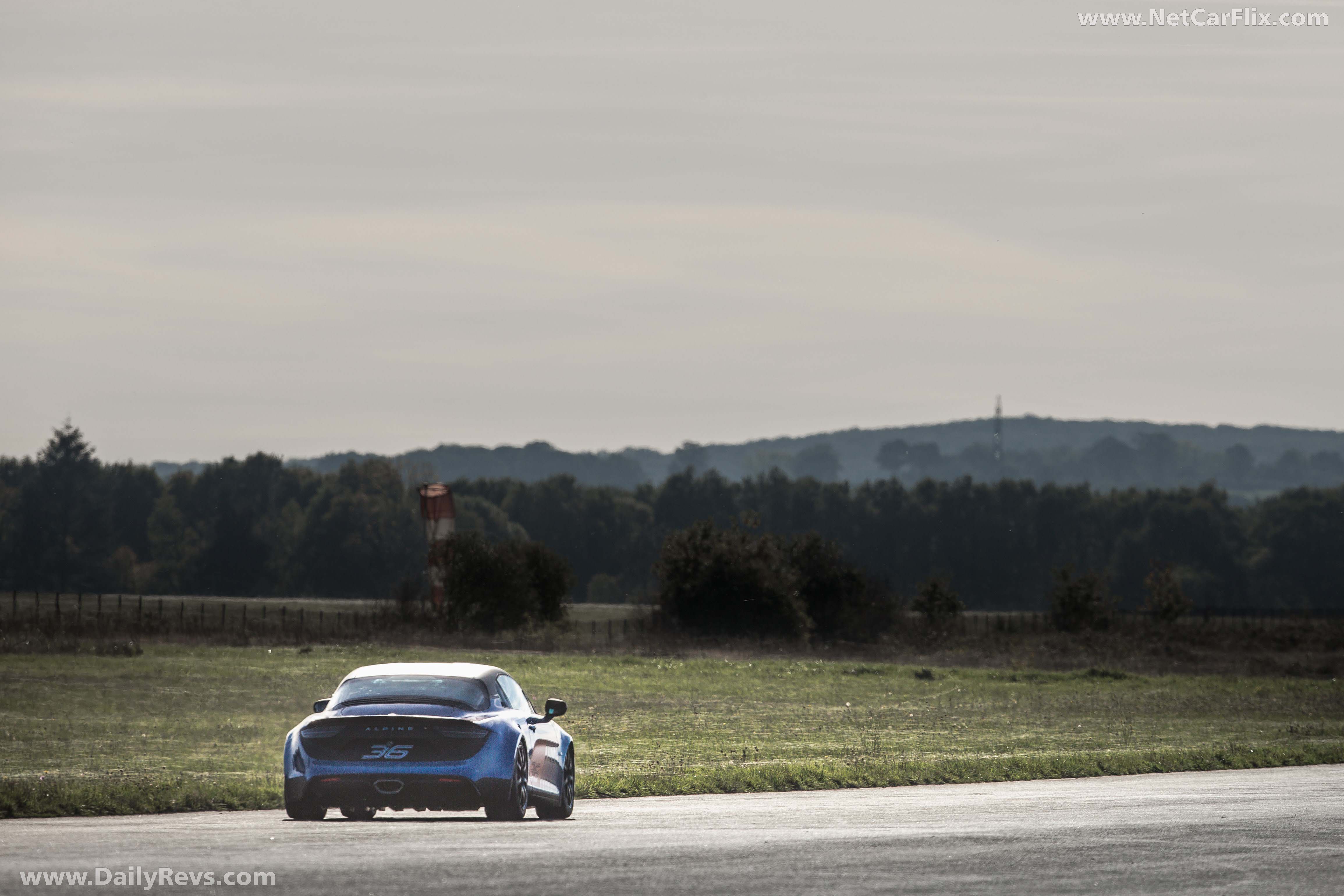 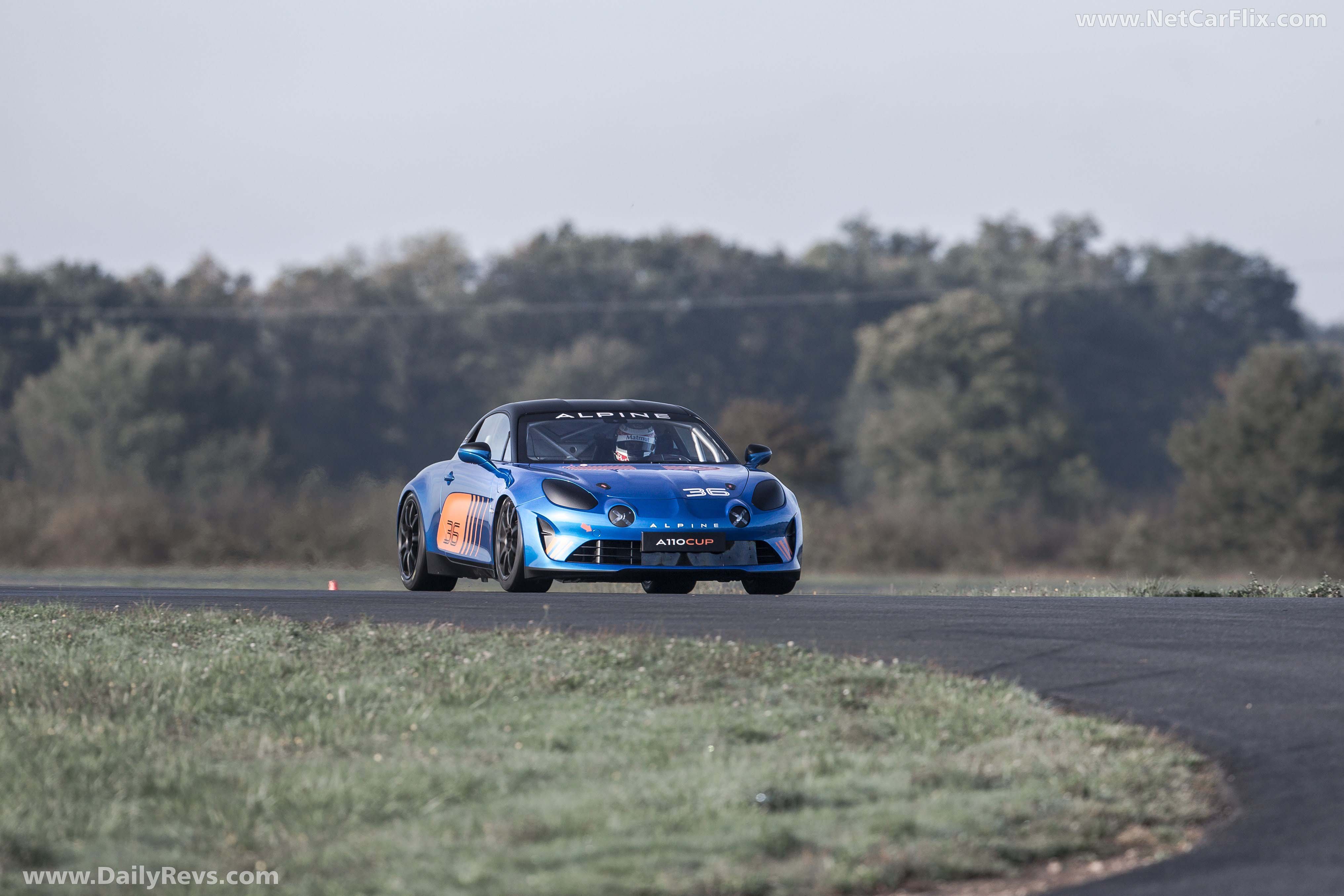 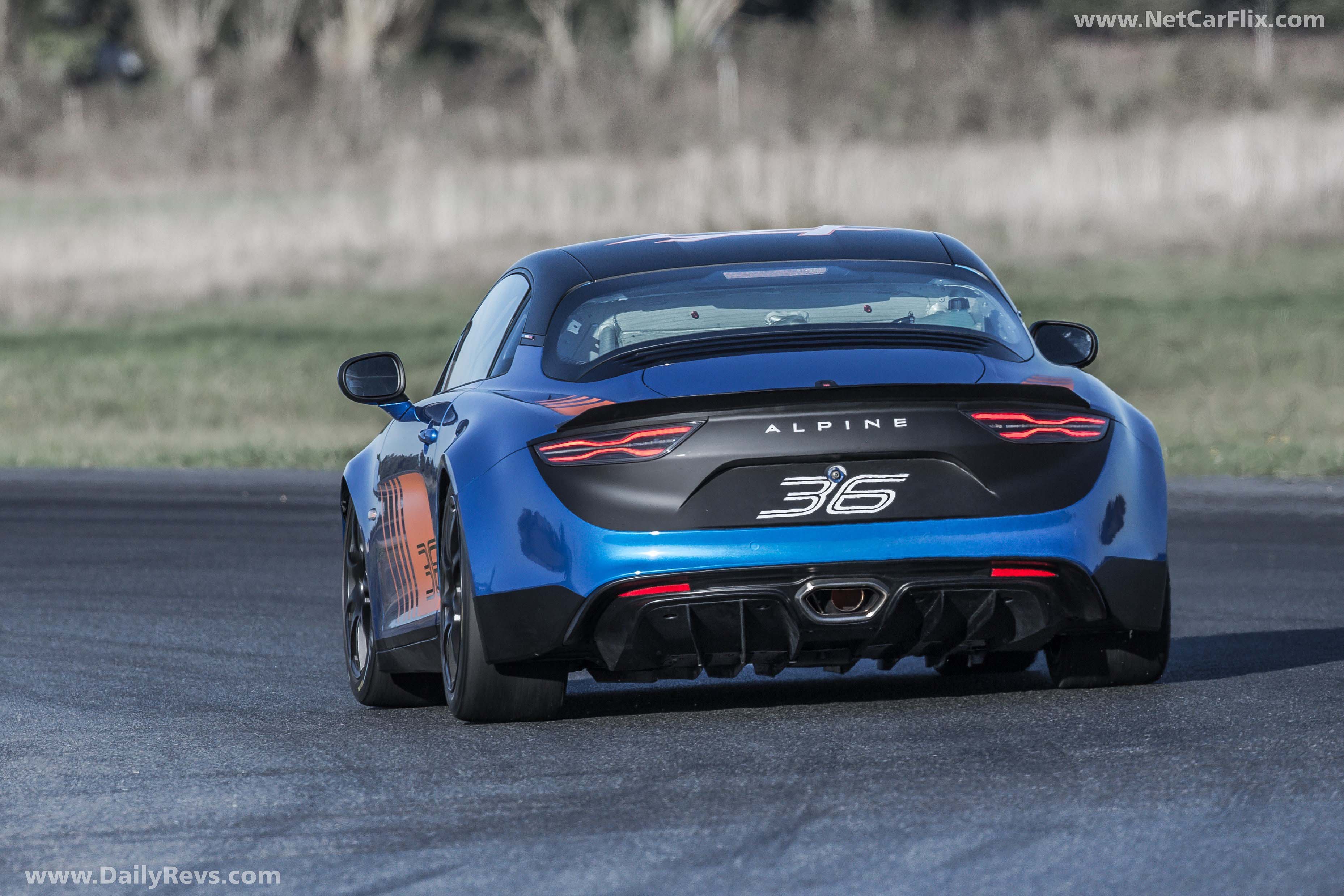 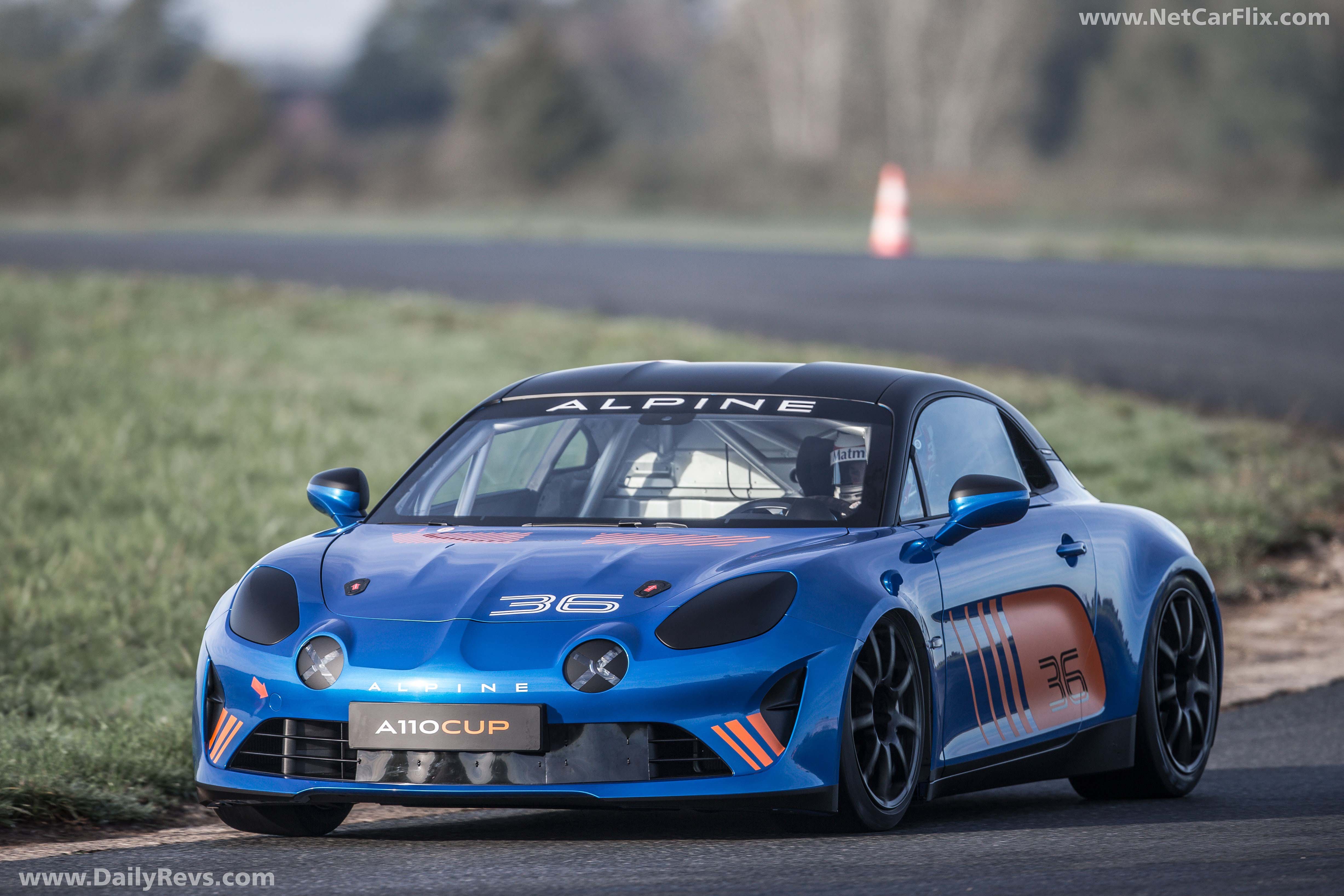 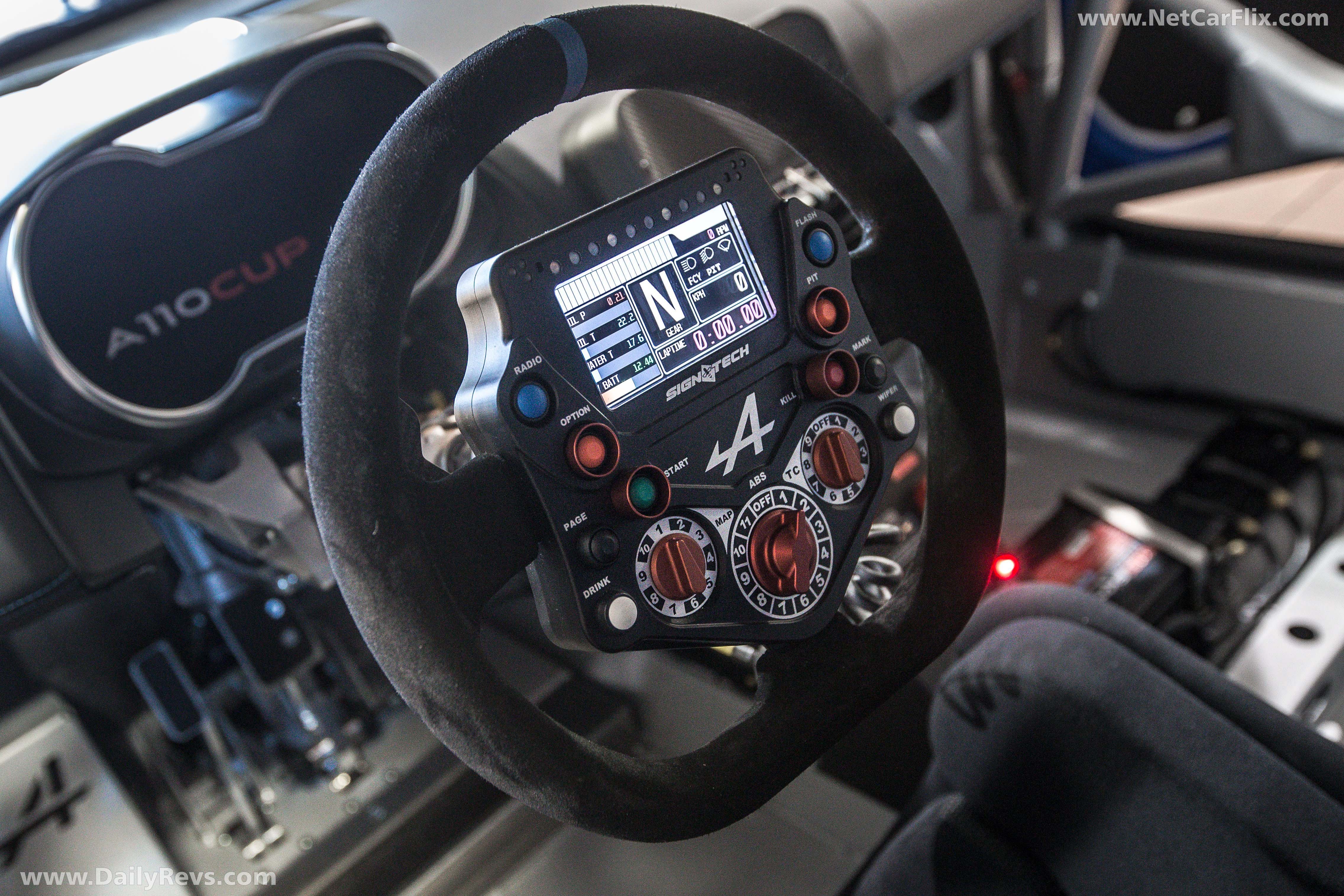 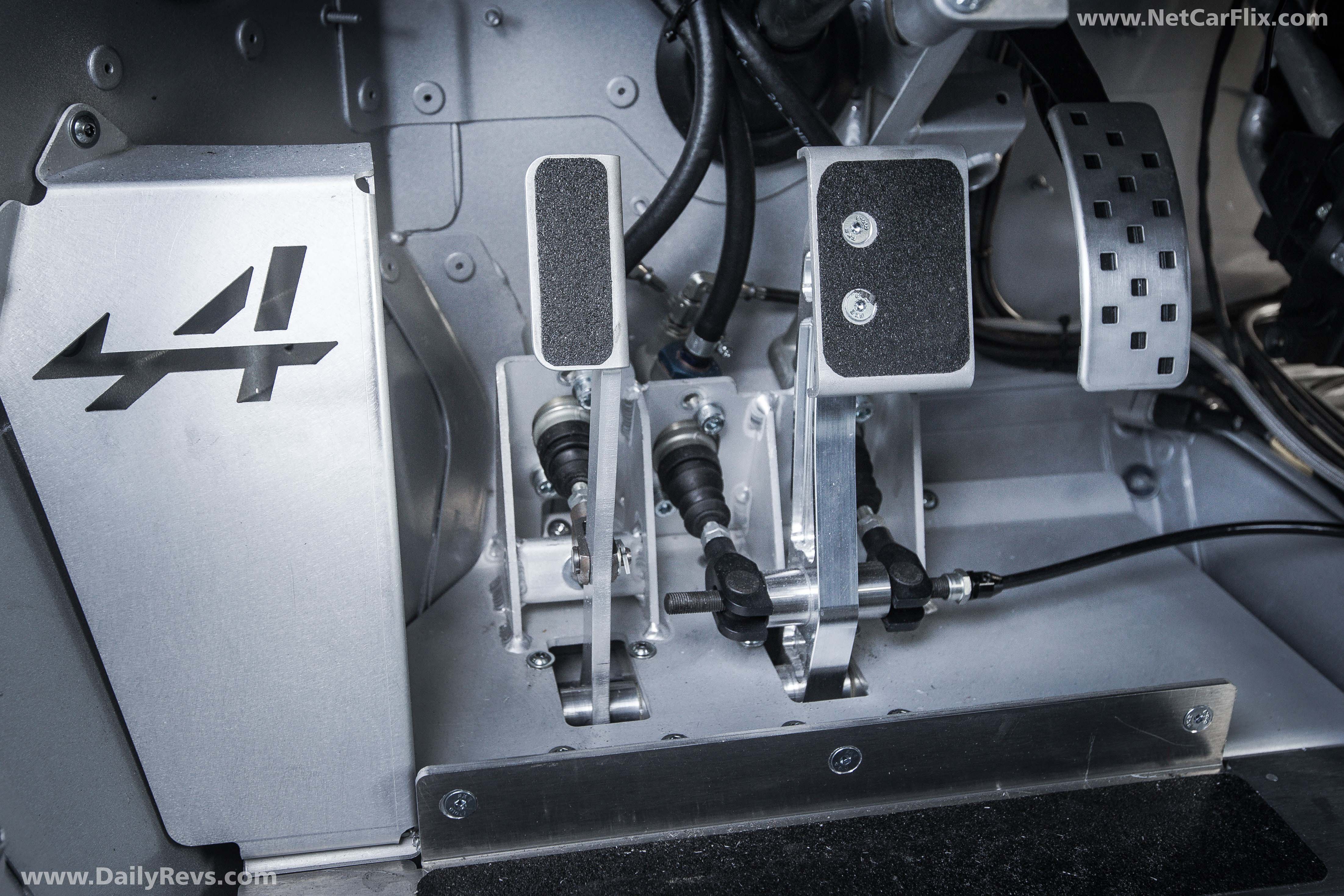 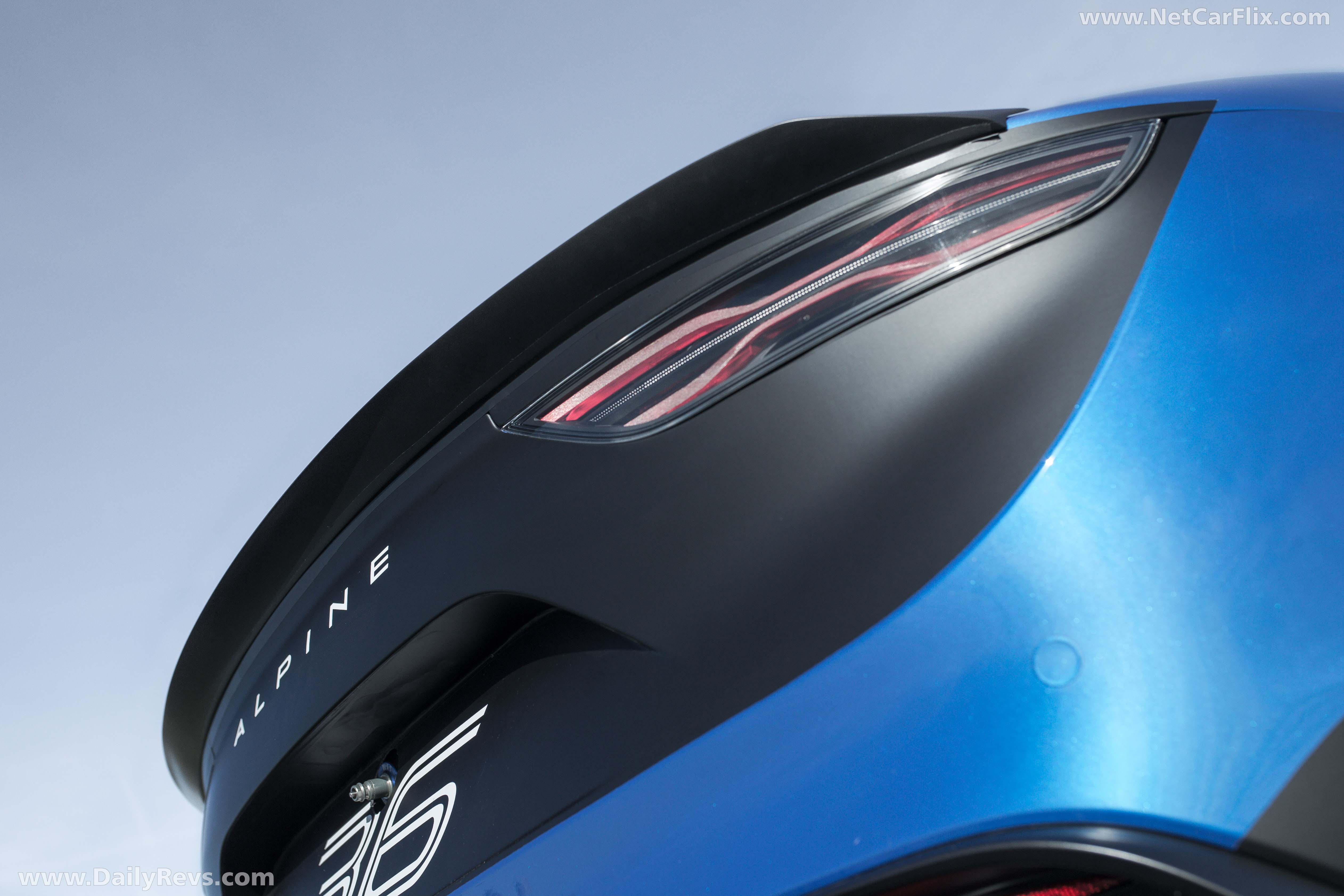 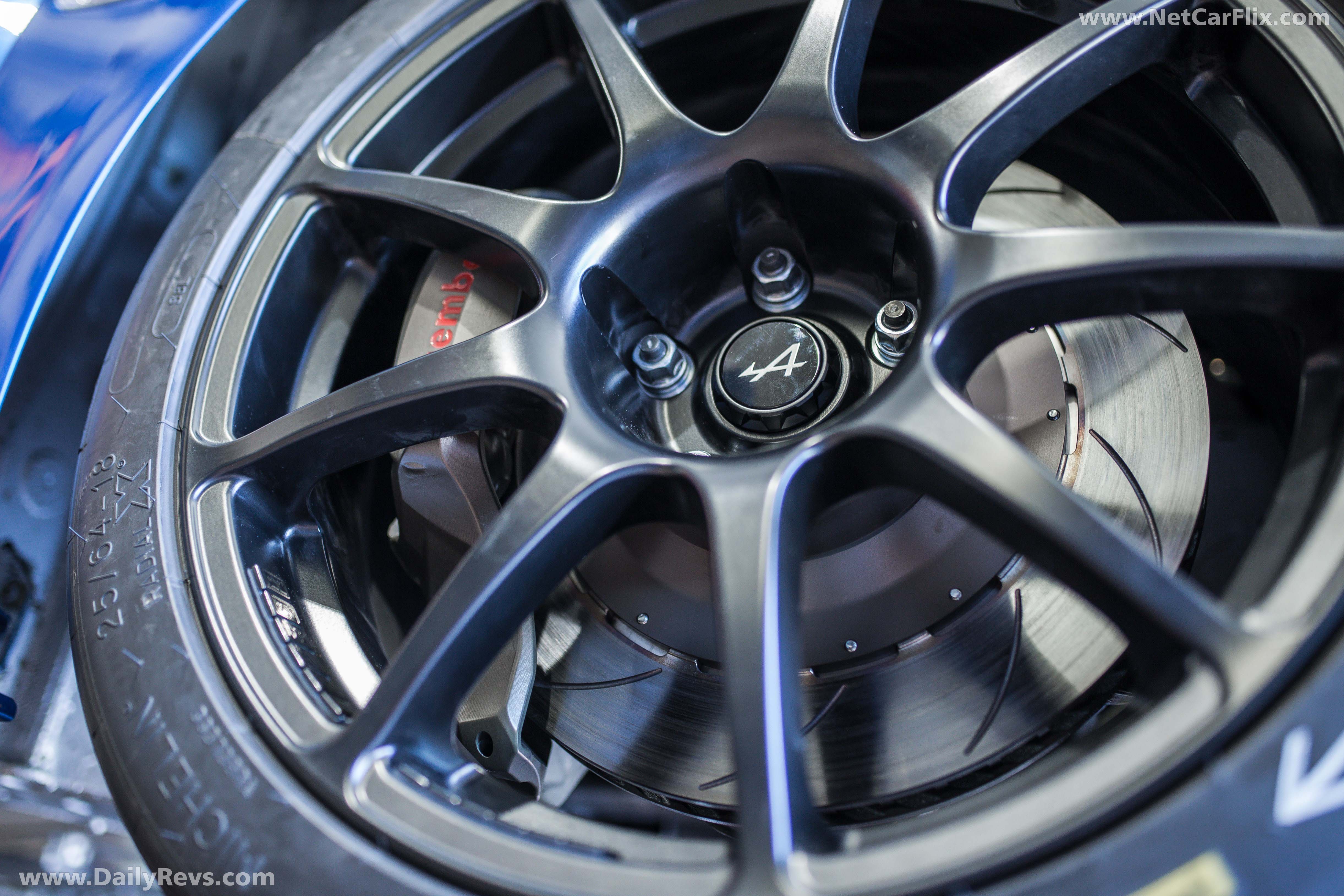 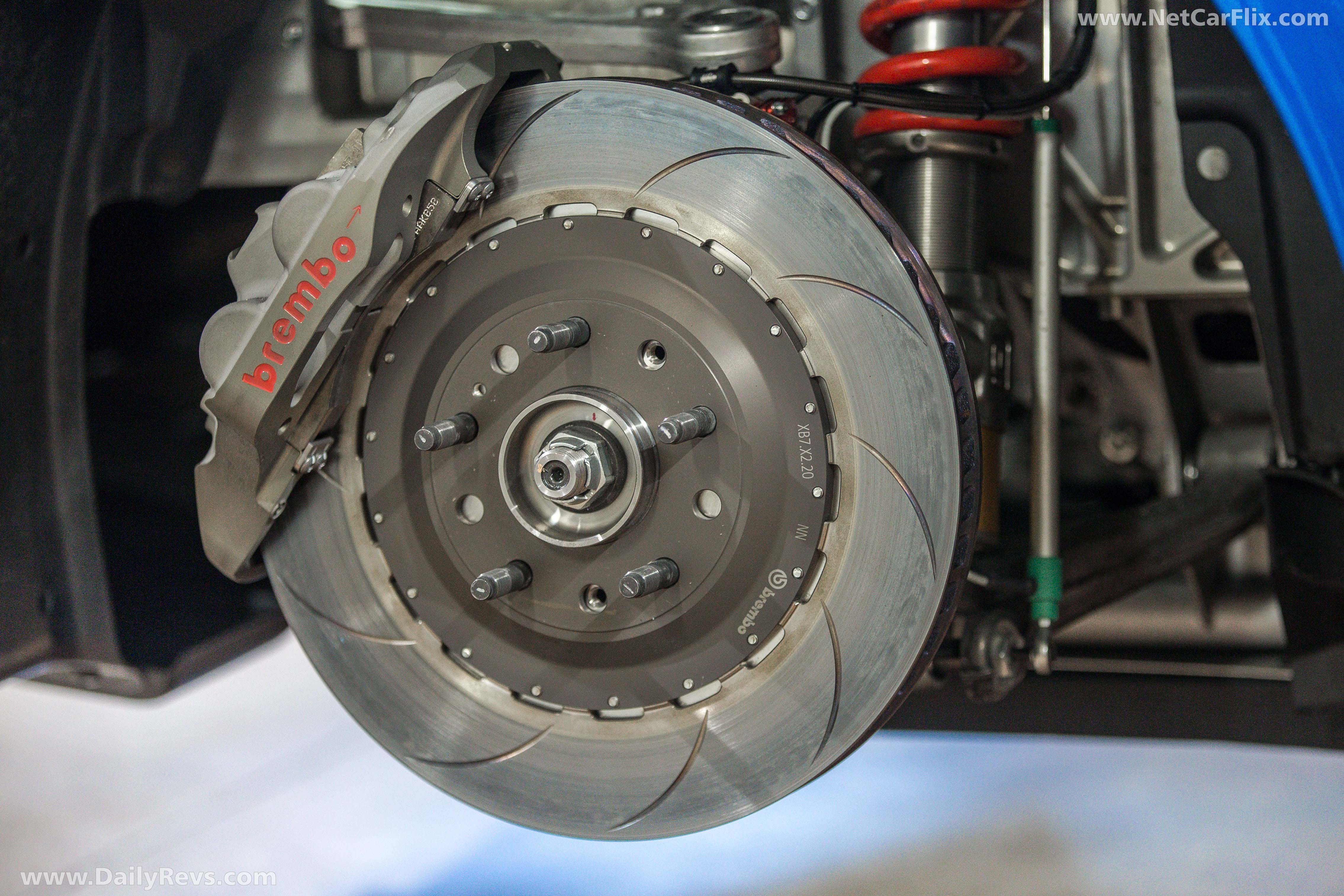 World Rally Champion in 1973, winner of the 24 Hours of Le Mans in 1978 and World Champion in the LMP2 class in last season’s FIA WEC, Alpine’s success in motorsport has earned it a special place in the heart of racing fans. The Brand has also spawned interest and enthusiasm in many amateur drivers, keen to enjoy themselves behind the wheel of attractive, light and agile cars. It is very much in this spirit and in respecting this tradition that Alpine decided to create the A110 Cup, which will make its track debut in 2018.

To ensure this new adventure is a success, Alpine entrusted Signatech with the design, development, production and sales of the A110 Cup. The organisation headed by Philippe Sinault, which is responsible for operating the Alpine A470s in the FIA World Endurance Championship (WEC), also has extensive experience in the development of customer racing products.

In conjunction with the engineers who devised the production car, Signatech designed the racing version with a primary target: provide the drivers with as much enjoyment as possible, whether they are beginners or experienced.

Armed with a precise chassis, a 270hp engine for a weight of 1,050kg (3.9kg/hp), uncompromising safety features and the kind of onboard electronics commonly seen an Endurance prototype, the Alpine A110 Cup promises to deliver impressive performance.

On sale at a price of €100,000 excl. tax (approx. £90,000), the Alpine A110 Cup will be taking part in a competition combining rigour and professionalism with a friendly, warm approach. Organised by Signatech over six rounds in 2018, the Alpine Europa Cup will visit six of the greatest racetracks in Europe. This FIA international series recalls the Europa Cup held between 1985 and 1988 with the Alpine GTA V6 Turbo. 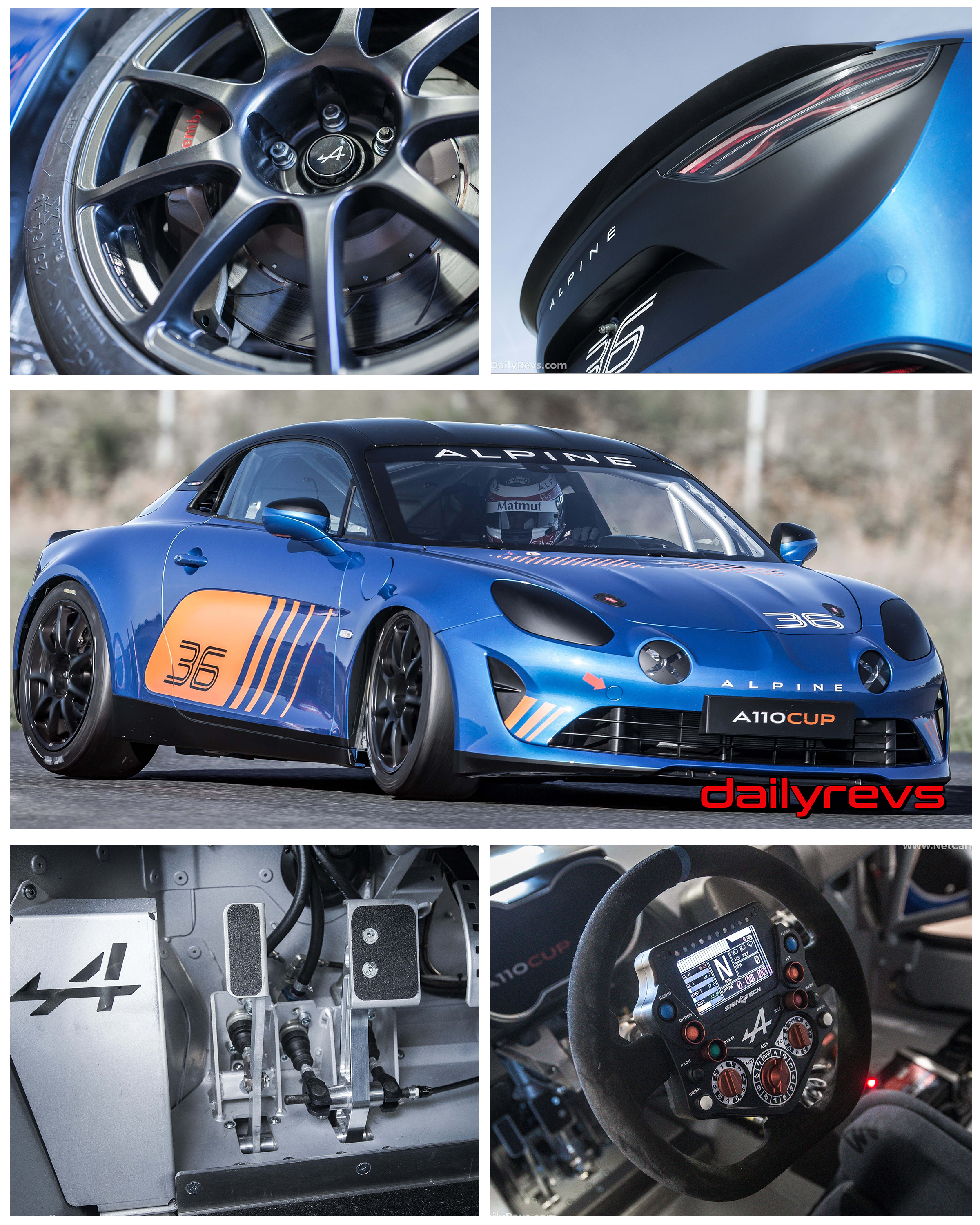 Drivers keen to take part in the Alpine Europa Cup must express their interest soon since production will be limited to little more than twenty cars for the first season.

Bernard Ollivier, Alpine Deputy Managing Director: “The fact we have created the Alpine A110 Cup and a dedicated competition in which they will compete, the Alpine Europa Cup, is yet further evidence of our love of motor racing. We wanted the A110 Cup to be a genuine race car, a particularly refined machine equipped with high-end features geared towards performance. Alpine Europa Cup competitors will therefore be able to enjoy driving a very beautiful car, which will set new standards in terms of efficiency. The organisation of the competition will also meet Alpine’s demanding requirements, featuring rigour and professionalism on the track, but a fun and friendly atmosphere in the paddock. The Alpine Europa Cup will equally be used as a means of reaching out to our community of fans throughout Europe.”

Philippe Sinault, Managing Director of Signatech: “Here at Signatech, we are very proud to have been chosen to work on such a comprehensive project. From the design office to the assembly workshop, and including the team responsible for organising the Alpine Europa Cup, all of our expertise has been brought to bear in order to comply with the specifications set out by Alpine. The A110 Cup is an uncompromising car as regards its features, with a key objective: provide drivers with lots of enjoyment. This can be seen in many ways, whether you consider perceived quality, the quest for efficiency, ergonomics, etc. Before a field of twenty or so A110 Cups line up at the Circuit Paul Ricard, we still have a lot of work to do, with the development and then production of the cars. It’s an exciting challenge, both for Signatech and for Alpine.”

Built at Alpine’s Dieppe plant, the Alpine A110 Cup’s monocoque chassis has been modified to adapt the suspension geometry, reduce ride height (-40mm), provide mounting points for the roll cage and adapt the rigidity to racing requirements, especially as regards the level of grip procured by slick tyres. The design has also been managed as part of a partnership between Signatech and Renault Sport Racing, who provided their expertise and calculation facilities to the project.

In the engine compartment, these modifications resulted in the fitting of specific side members. Connected to the rear part of the roll cage, these magnificently-sculpted aluminium components, machined from a solid block of metal, enable the mounting point of the upper wishbones to be raised. The lower wishbones are attached to the two joint-welded half-subframes supporting the powertrain.

At the front, these modifications have resulted in the fitting of a joint-welded subframe and attachment plates for the upper wishbones.

Supplied by Öhlins, the four spring-shock absorbers are compression- and rebound-adjustable.

Like the production car, the Alpine A110 Cup comes fitted with Michelin tyres. Slick and treaded tyres are designed to provide the best compromise between performance and durability.

NO COMPROMISE ON SAFETY

Very careful attention has been paid to the active and passive safety features of the Alpine A110 Cup. In order to meet the challenge of integrating a roll cage on an aluminium chassis, the engineers and technicians came up with an ingenious technical solution. During assembly of the monocoque at the Dieppe plant, steel plates are built into the structure, fixed by gluing and then bolting, and protected by an e-coat. These plates are then used as mounting points for the steel tubes that ensure the safety of the driver.

Like the production Alpine A110, the braking system is supplied by Brembo. Machined from a single piece of magnesium, the state-of-the-art six-piston callipers hold imposing ventilated discs, 355mm in diameter at the front and 330mm at the rear. The Alpine A110 Cup is equipped with ABS and traction control systems, which may be adjusted or disabled.

Under the bonnet, the Alpine A110 Cup is powered by the production car’s 1.8-litre turbocharged direct injection engine. Fitted with an air filter and an exhaust specially designed for racing, the power of the Cup has been upped to 270hp (+18hp) with its torque maintained at 320Nm.

Electronic management is provided by a state-of-the-art Magneti-Marelli SRG 140 ECU, which also incorporates the engine and chassis data acquisition system.

The engine is coupled with a six-speed sequential gearbox, specifically developed as part of a partnership between Signatech and 3MO. It is equipped with a limited slip, self-locking differential.

The Alpine A110 Cup cabin has been devised to provide drivers with as much pleasure and comfort as possible. Securely settled in the Sabelt bucket seat with a built-in head restraint, the driver is faced with an XAP steering wheel, specifically developed for the Alpine A110 Cup and inspired by the one used on the Alpine A470.

The adjustable pedal box and steering column help adapt the driving position to suit all shapes and sizes of driver. The Alpine A110 Cup keeps the original air-conditioning system and allows for a second bucket seat to be fitted without modification for track experiences.

After completing its first track outing, the Alpine A110 Cup will undergo a major testing and development programme. FIA WEC Alpine drivers Nicolas Lapierre and Nelson Panciatici will work on the majority of the sessions, testing the car’s reliability and defining the basic set-up, which will then be communicated to all customers.

In order to obtain a product that is as versatile as possible, other drivers – both professionals and amateurs – will be asked to take part in testing on a wide variety of tracks: Jerez, Magny-Cours, Motorland Aragón, Valencia, Portimao, Navarra, etc. Signatech’s target is to complete at least 7,500km of testing, the equivalent of three full seasons in the Alpine Europa Cup.

In 2018, the Alpine A110 Cup will be exclusively marketed to customers entering the Alpine Europa Cup. This new competition will meet Alpine’s demanding requirements and standards, with a professional, meticulous organisation on the track and a passionate, friendly atmosphere in the paddock.

Organised and promoted by Signatech, this FIA-approved international series will be contested over six meetings and twelve races. The season will kick off on 1-2 June at the Circuit Paul Ricard (France) before then continuing in Germany, the United Kingdom, Belgium and Spain.

Each meeting will feature two free practice sessions, two qualifying sessions and two races, with a total track time of three hours. Two drivers may share driving duties for a single A110 Cup. 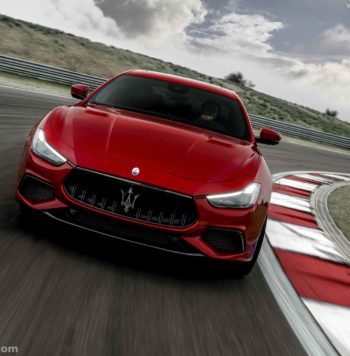 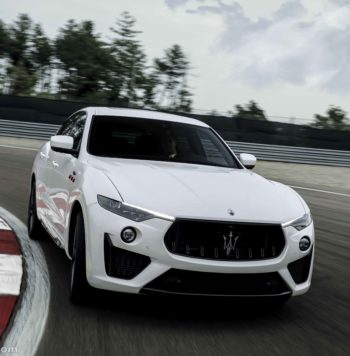 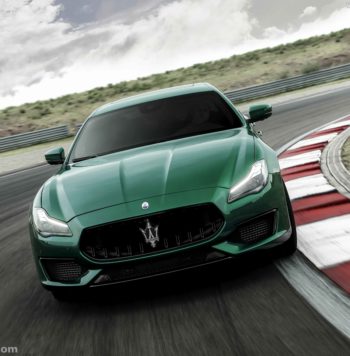