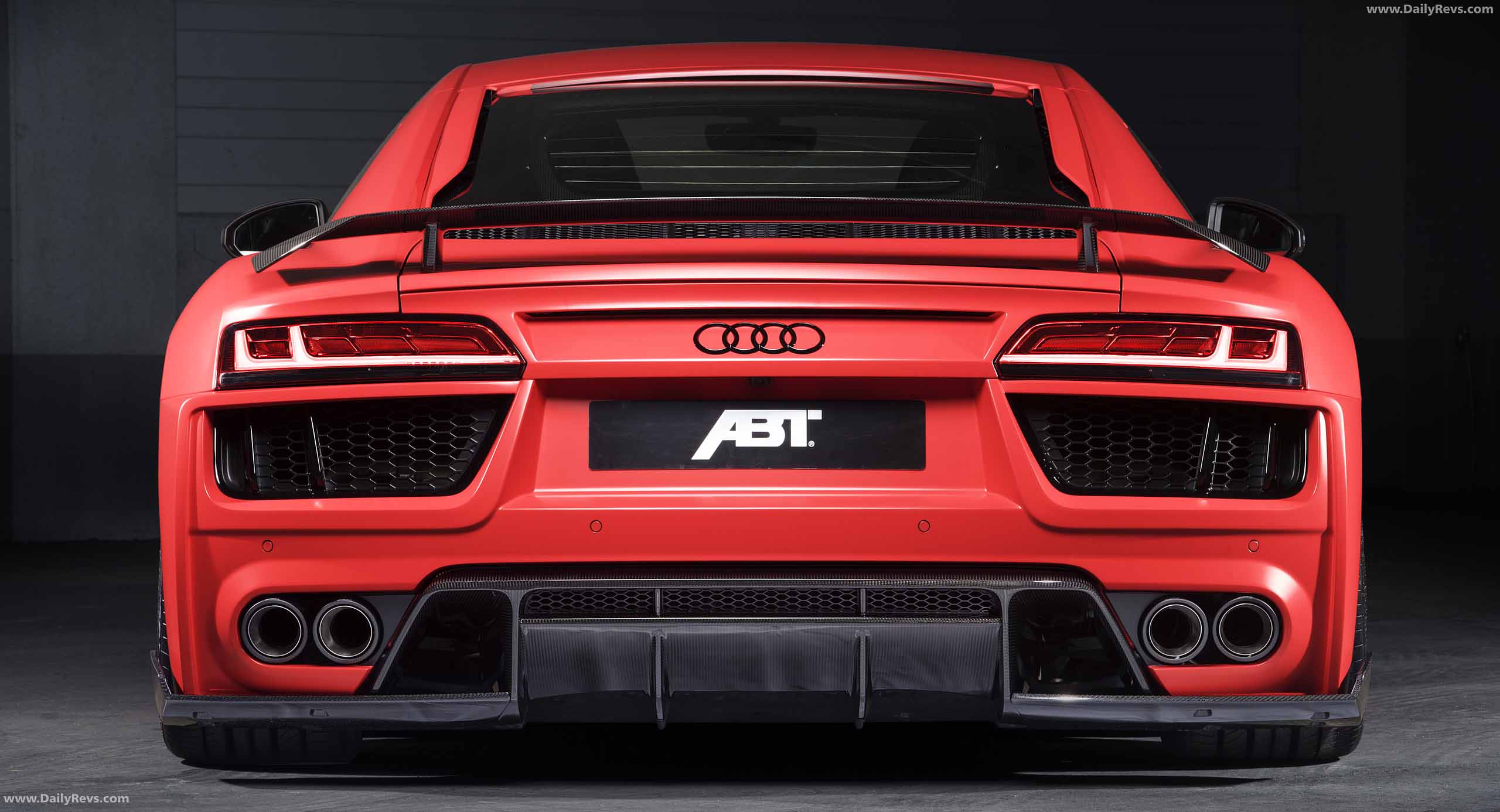 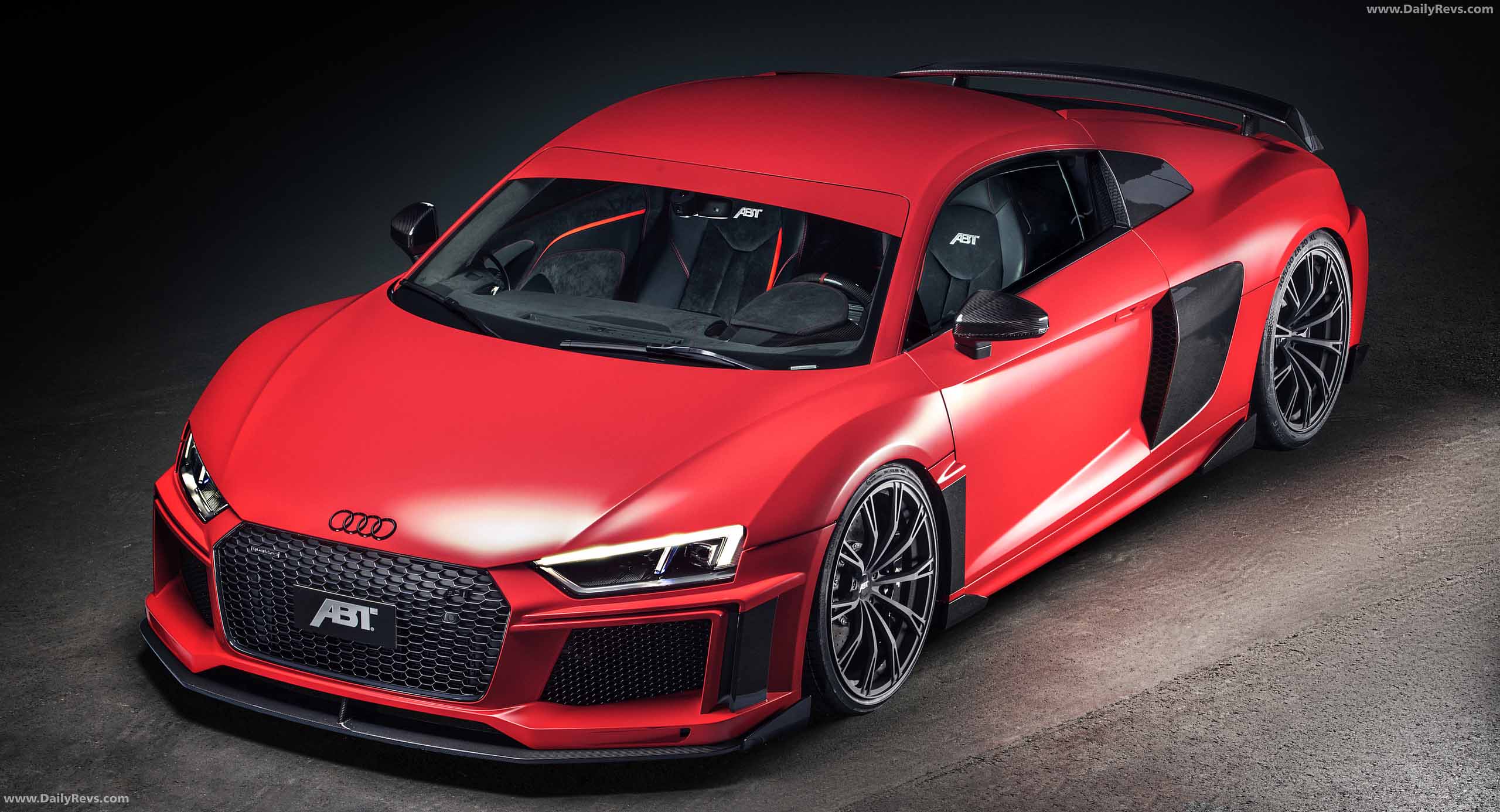 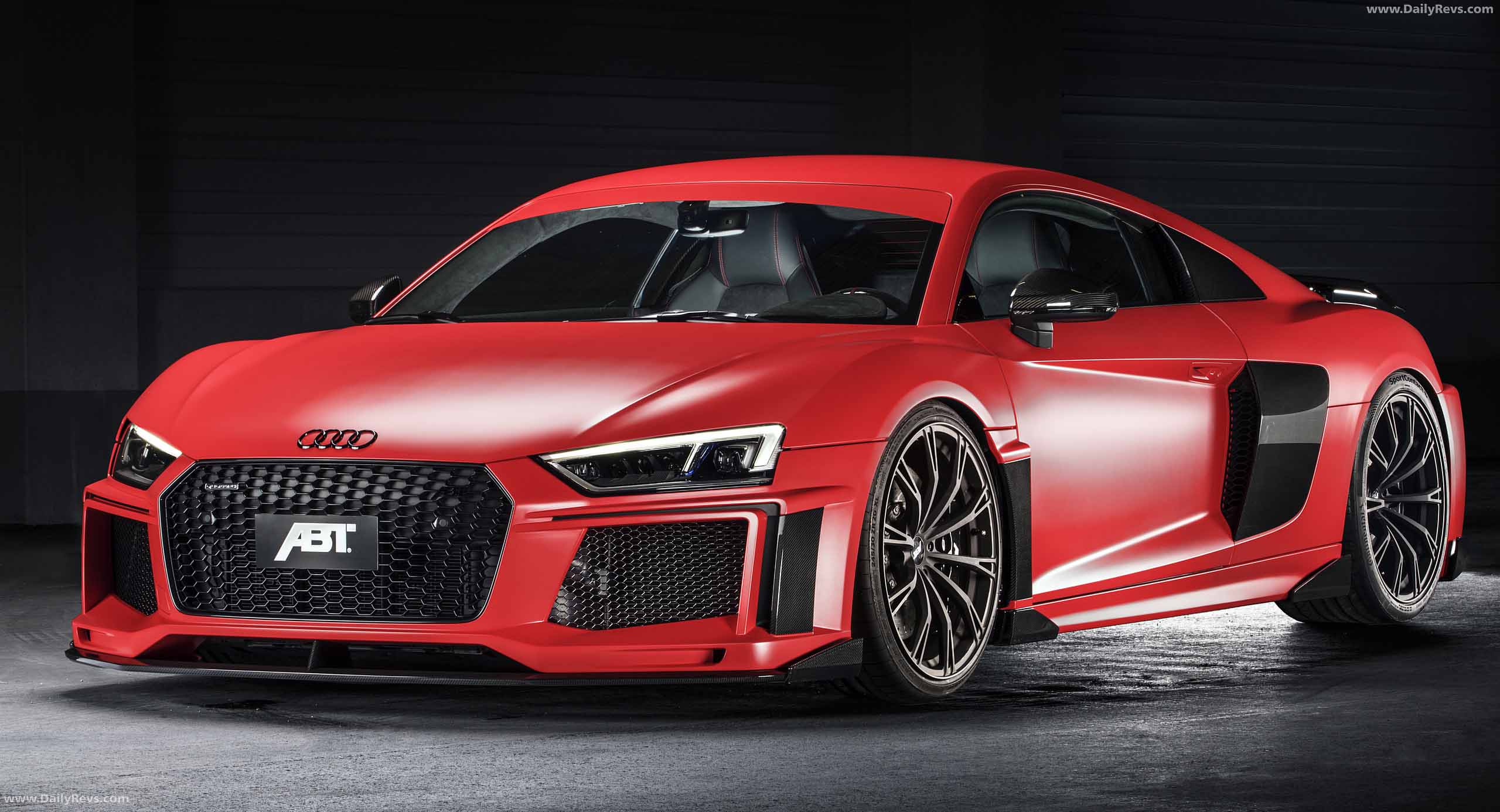 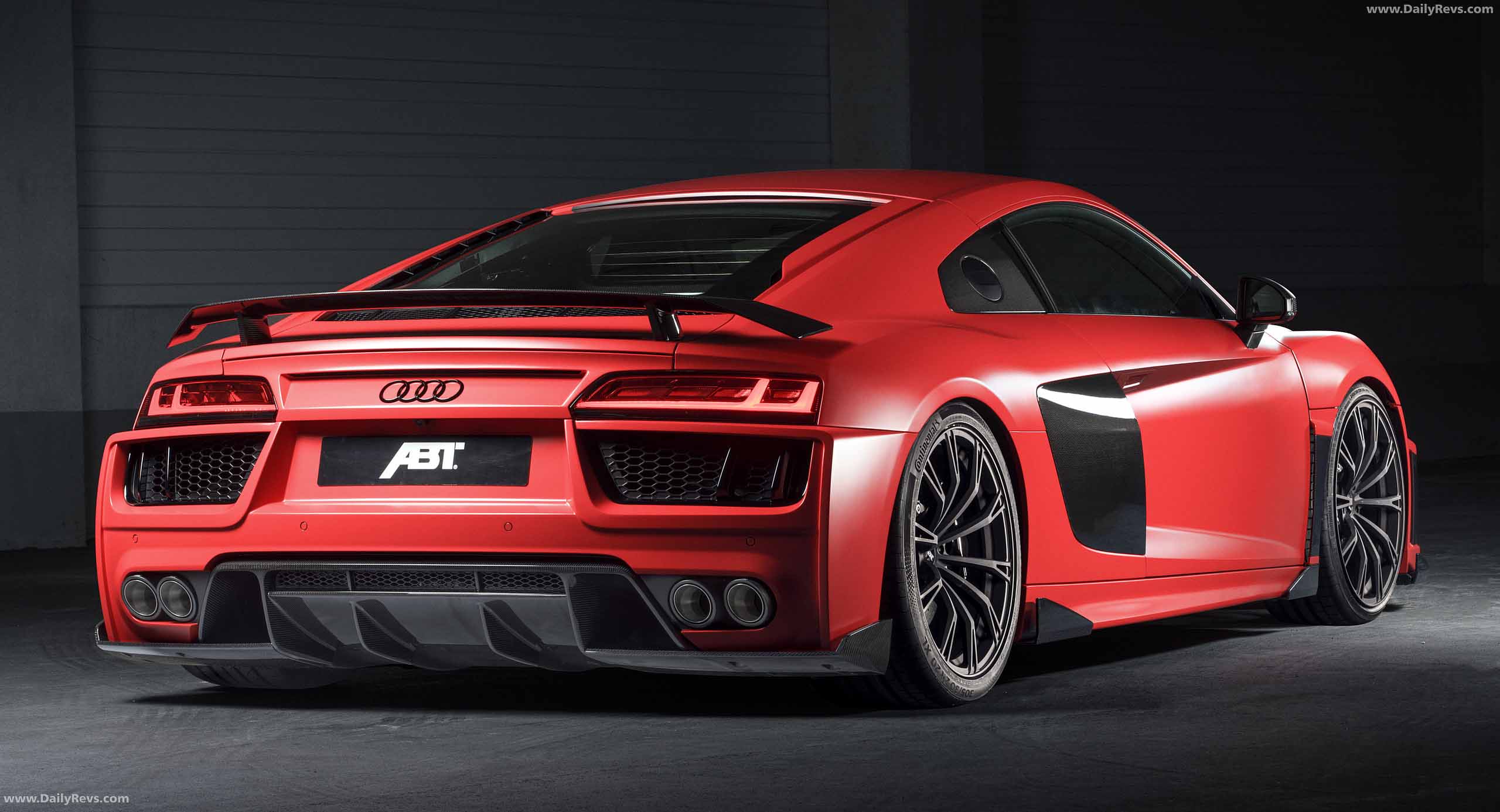 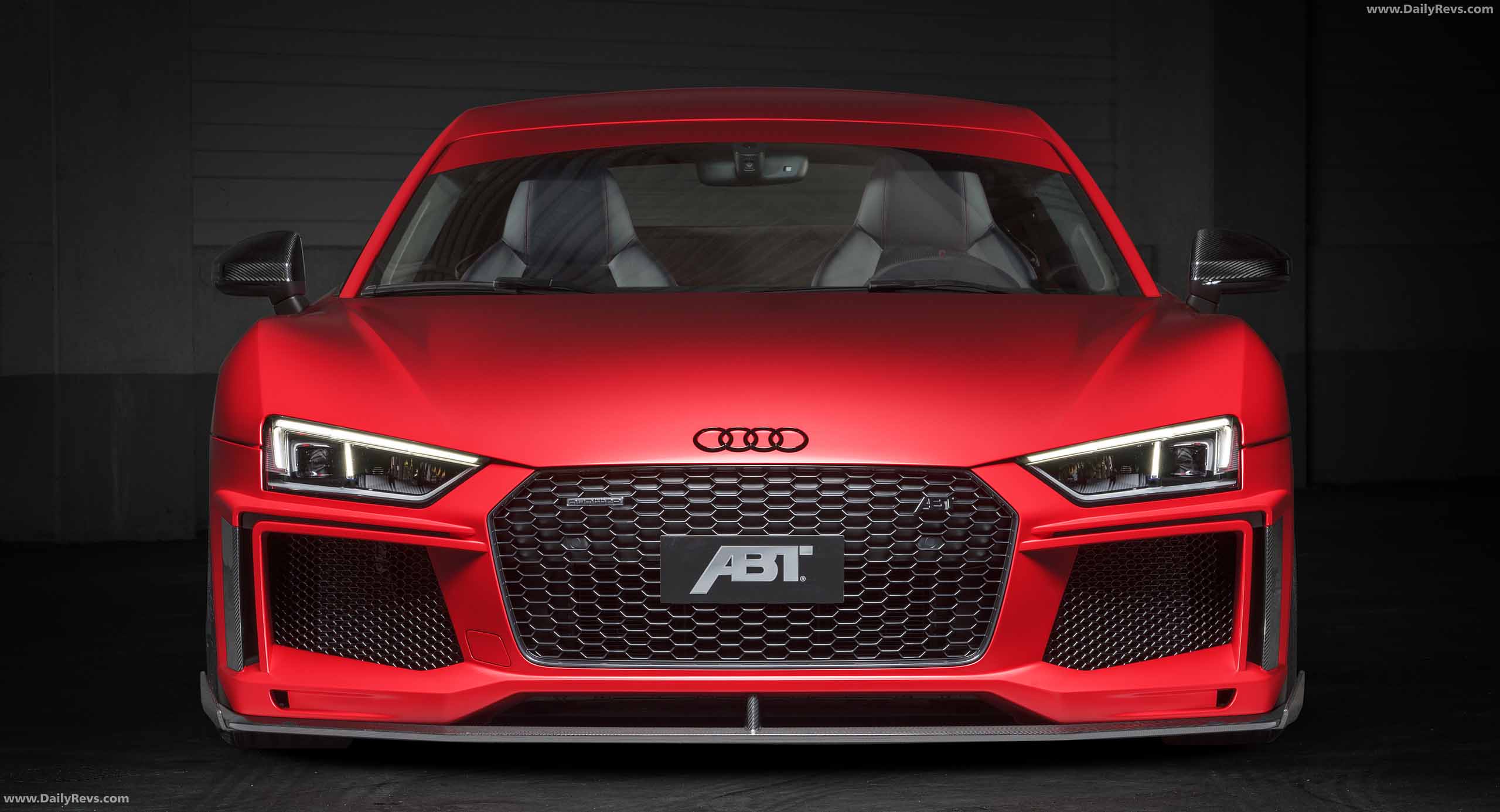 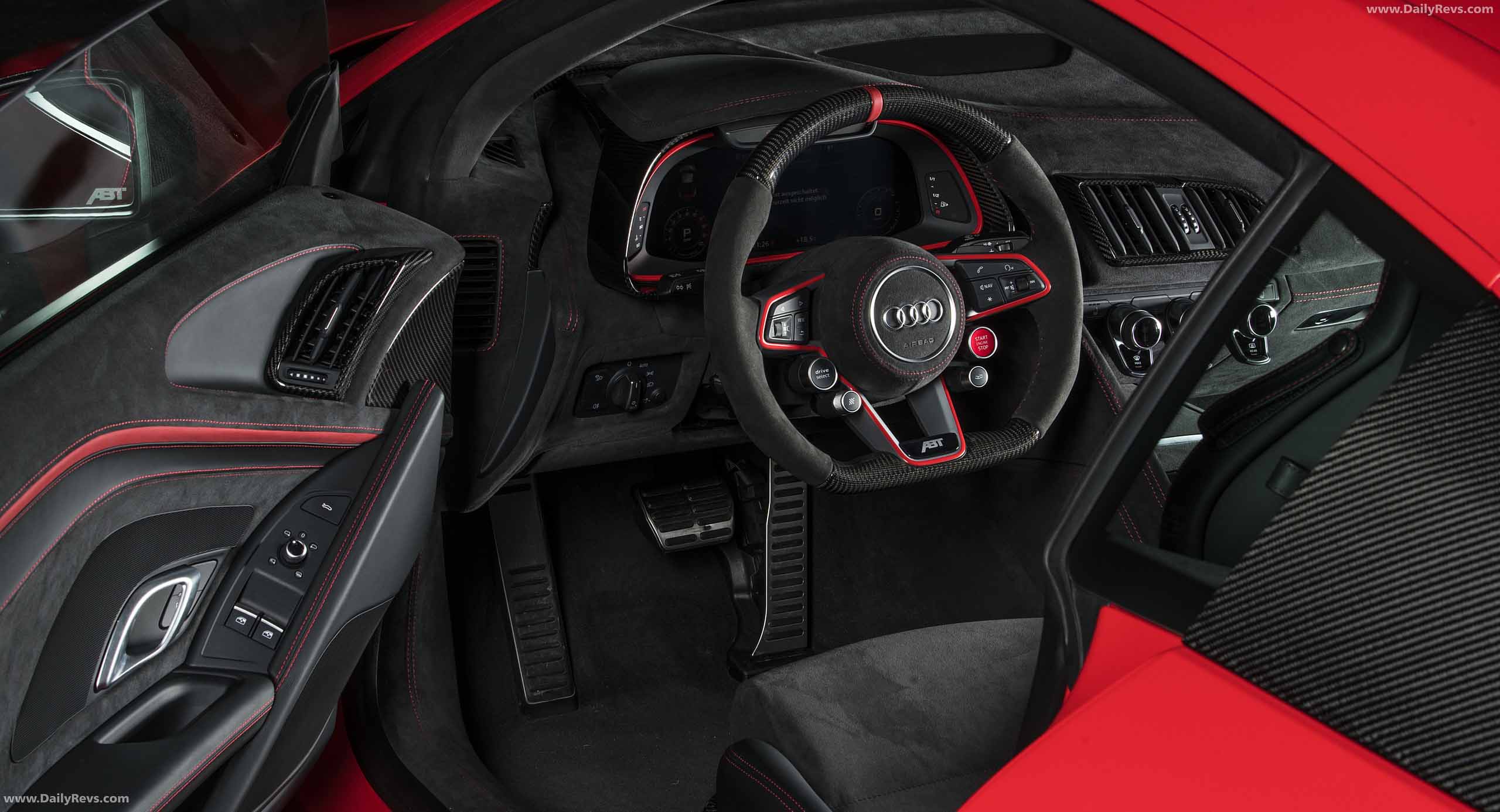 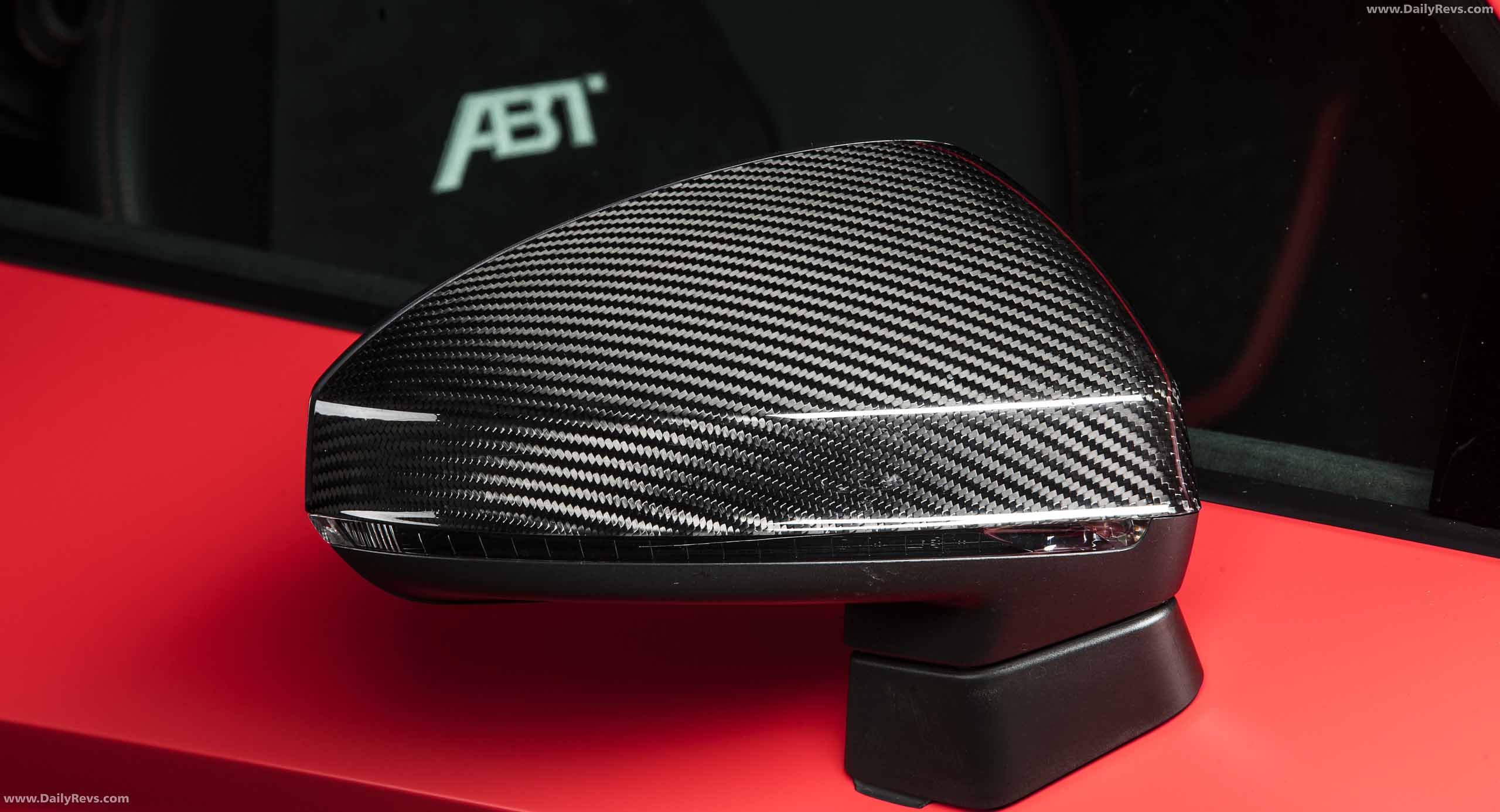 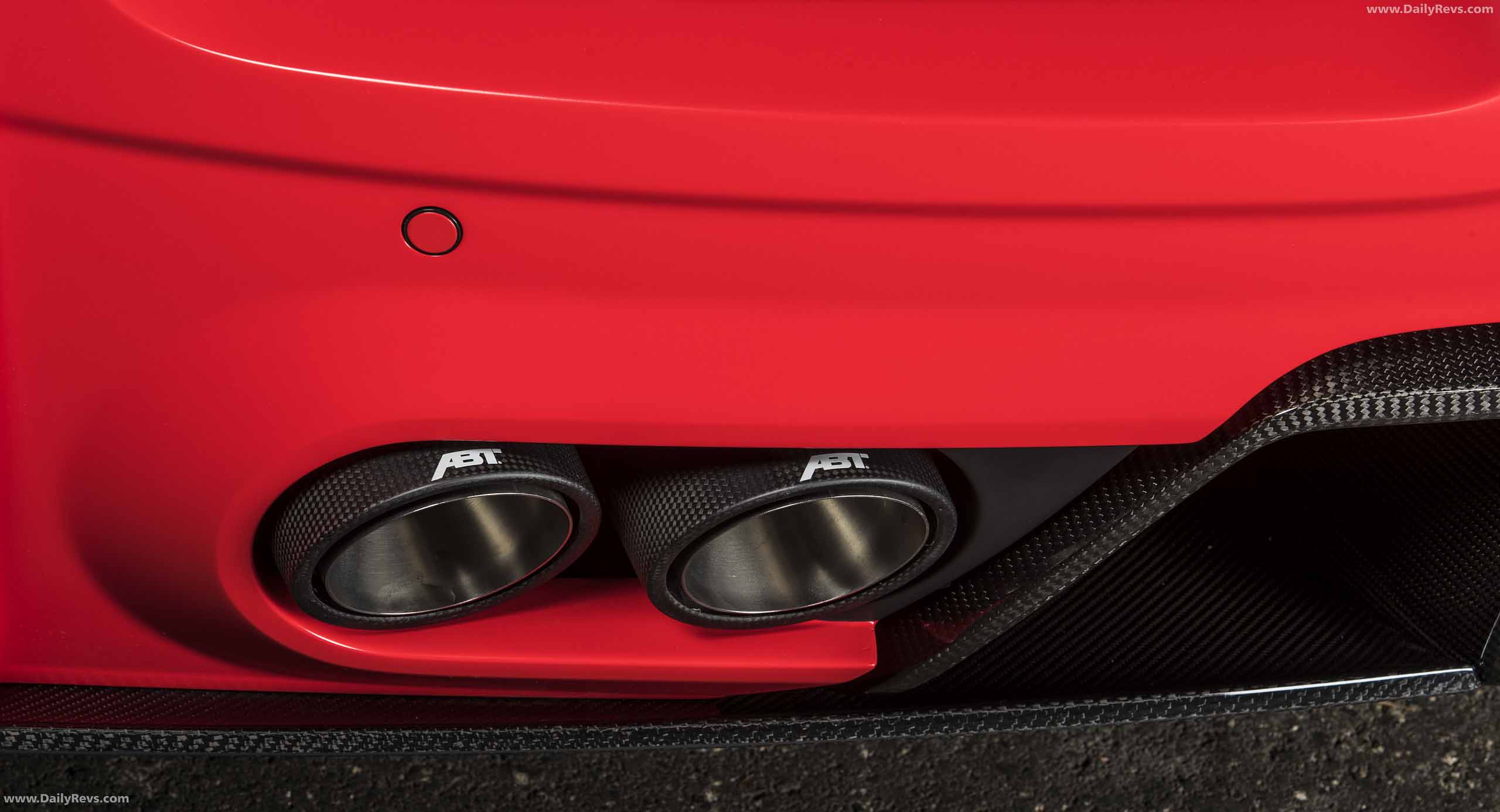 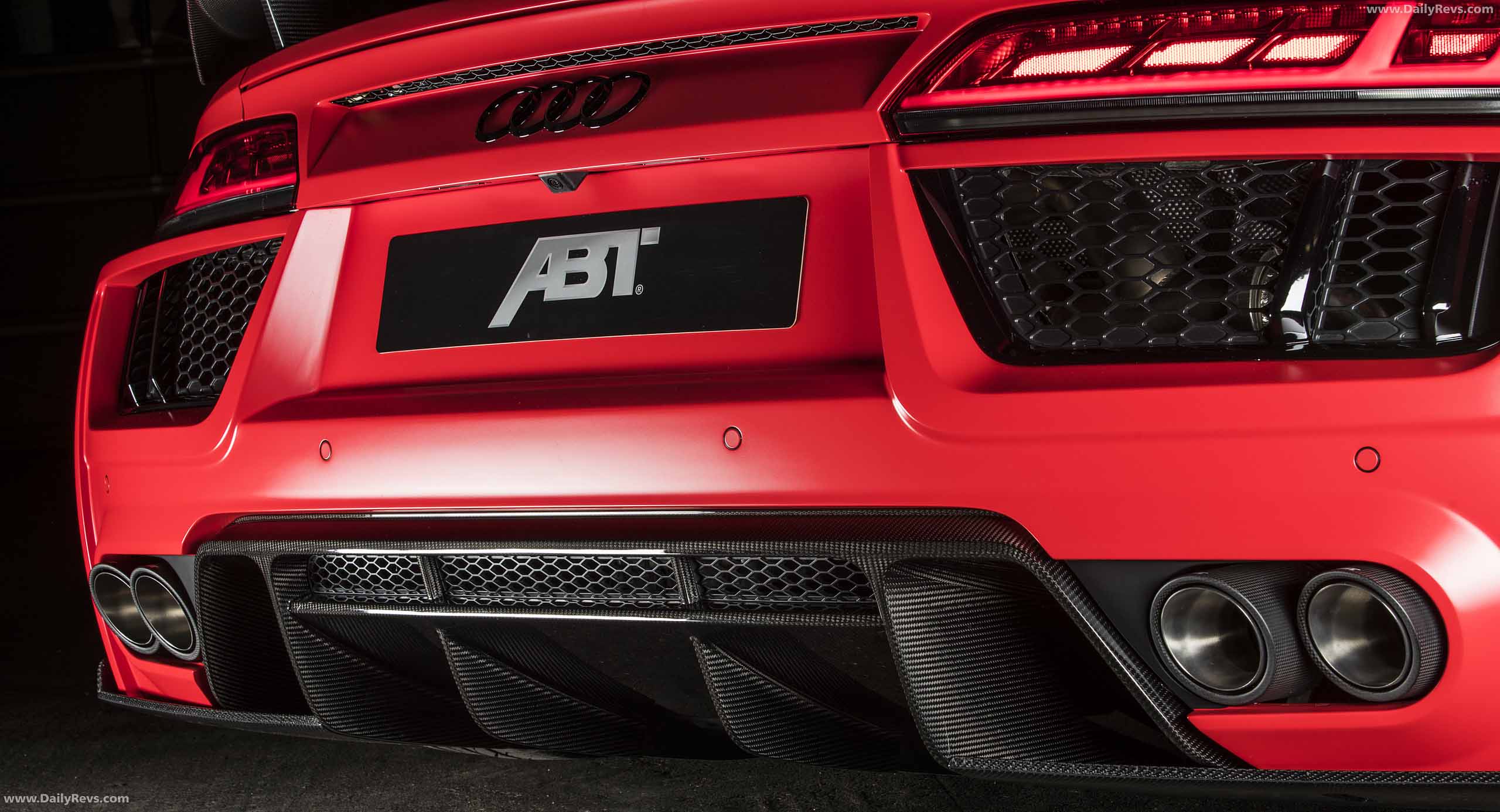 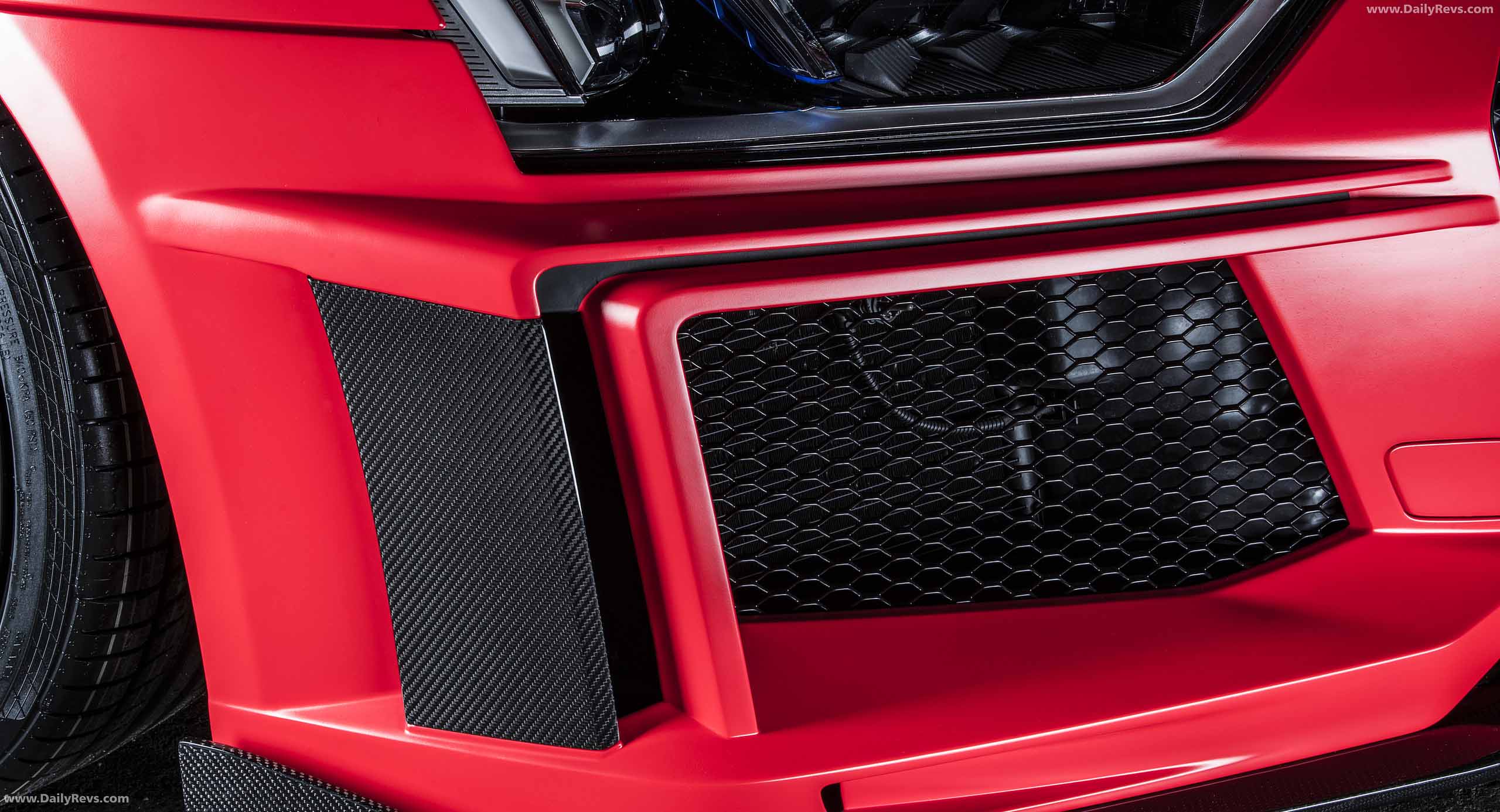 By improving air intake and exhaust systems of Audi R8 V10 Plus, engineers at ABT have managed to boost the power output from standard 610 hp to 630 hp. While it isn’t that much of a difference, the design is. Lots of ABT markings and carbon additions make ABT R8 V10 Plus look more aggressive rather than humble like the standard Audi version.

For customers who think that even an Audi R8 V10 plus does not look athletic enough, ABT Sportsline offers a wide range of accessories which can further sharpen the appearance of the supercar. Front and rear skirts move the ABT R8 even closer to the road visually. The matching front lip and the front, side and rear blades refine the aerodynamics of the German sports car even further. The wheel arch vents in racing design complete the package functionally. Naturally, the wheels will have to match the sporty look of the body. ABT Sportsline therefore offers the forged 19 inch ABT HIGH PERFORMANCE ER-F wheels in the color “black magic” and the new 20 inch ABT HIGH PERFORMANCE GR forged wheels in “anodized black”. 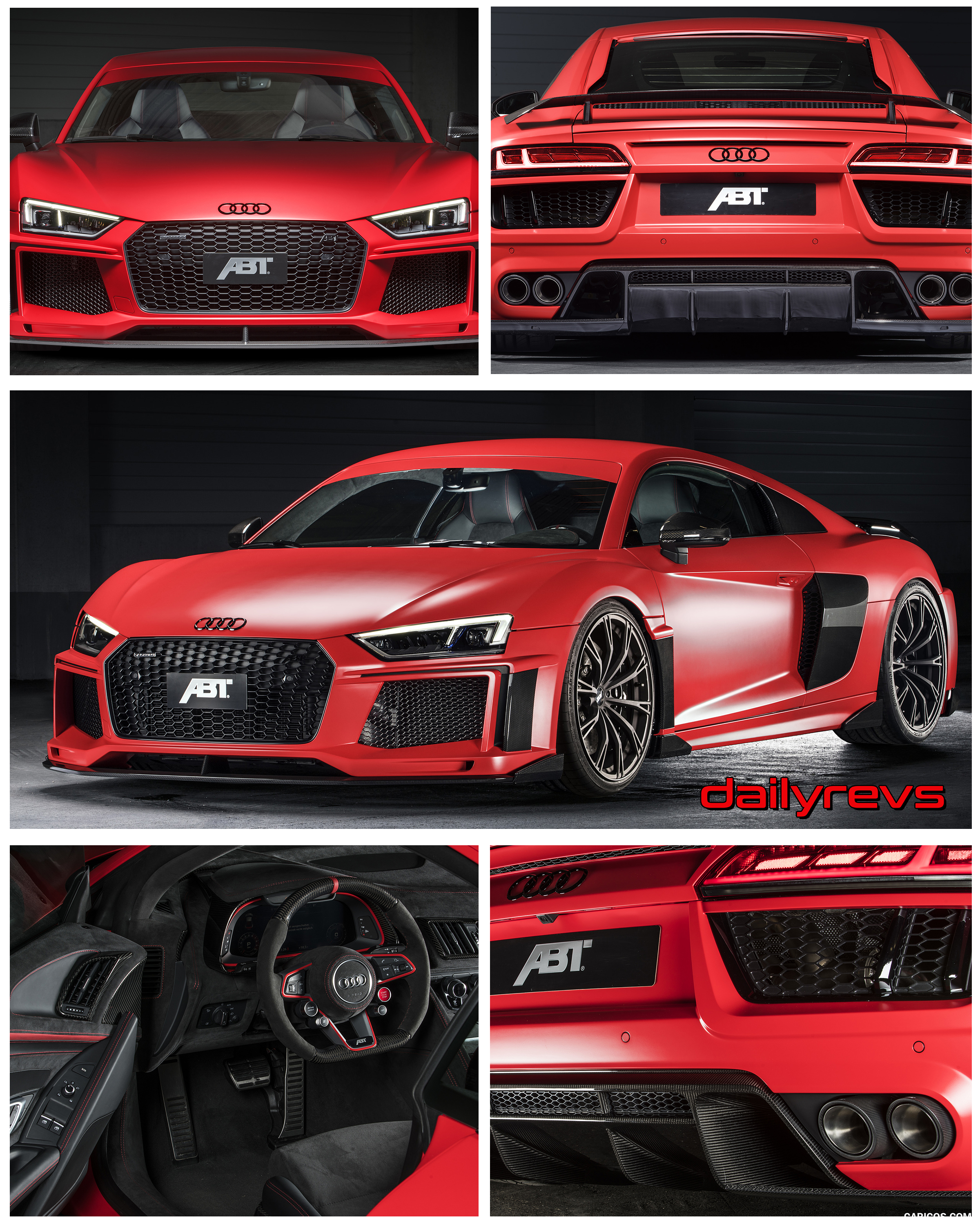 The Audi R8 already comes with an ample 610 hp/463 kW as a standard. ABT Sportsline, the worldwide leading tuning company for Audi models and vehicles from the VW Group, still succeeded in luring another 20 horsepower from the supercar engine without jeopardizing its durability. This was made possible by optimizing airflow and using a special, TÜV-tested stainless steel exhaust system with carbon double tailpipe trims. An open carbon rear panel optimizes the temperature in the engine compartment while visually adding to the rear view. But following the motto “power is nothing without control”, the suspension can also be adapted. “We have managed to improve the already excellent roadholding even further,” Hans-Jürgen Abt, Managing Director of the German company, states. This was made possible by lowering the center of gravity of the vehicle using coilover suspension springs and precisely adapted sports stabilizers on front and rear axle as well as a weight reduction by 50 kilograms.
The most important place in a sportscar will always be the space behind the wheel. Even before the driver has taken their seat, the ABT R8 greets them with exclusive ABT entrance lighting. When seated, feet rest on high quality floor mats with the ABT logo and the gaze is drawn to the two finishing upgrades to the interior: the elegant ABT Individual leather interior combined with the sporty look of the ABT Individual carbon interior with the fine composite material visibly installed. “The visual upgrade is just as important to us as improving performance,” Hans-Jürgen Abt explains. 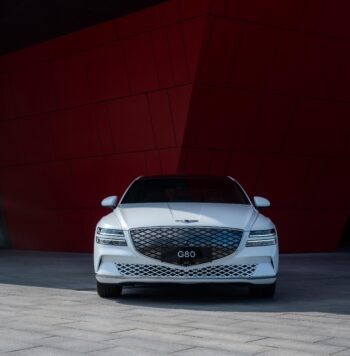 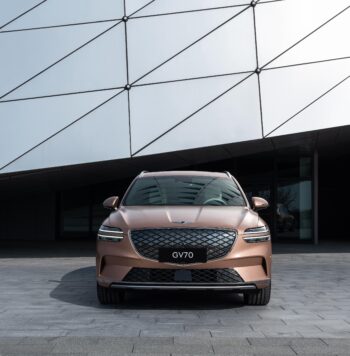 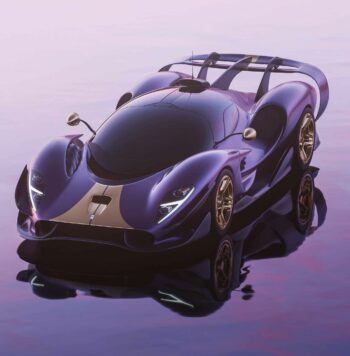