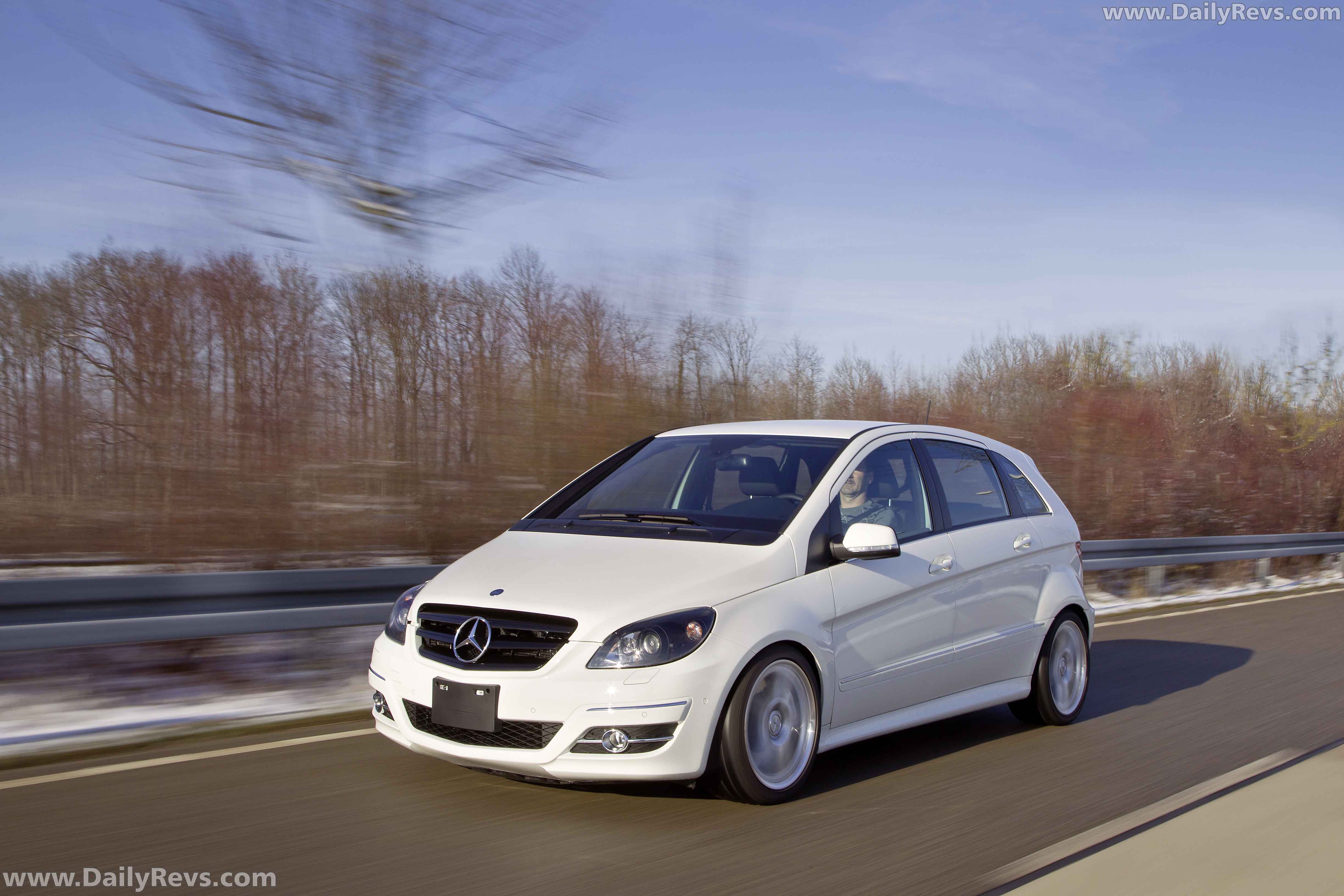 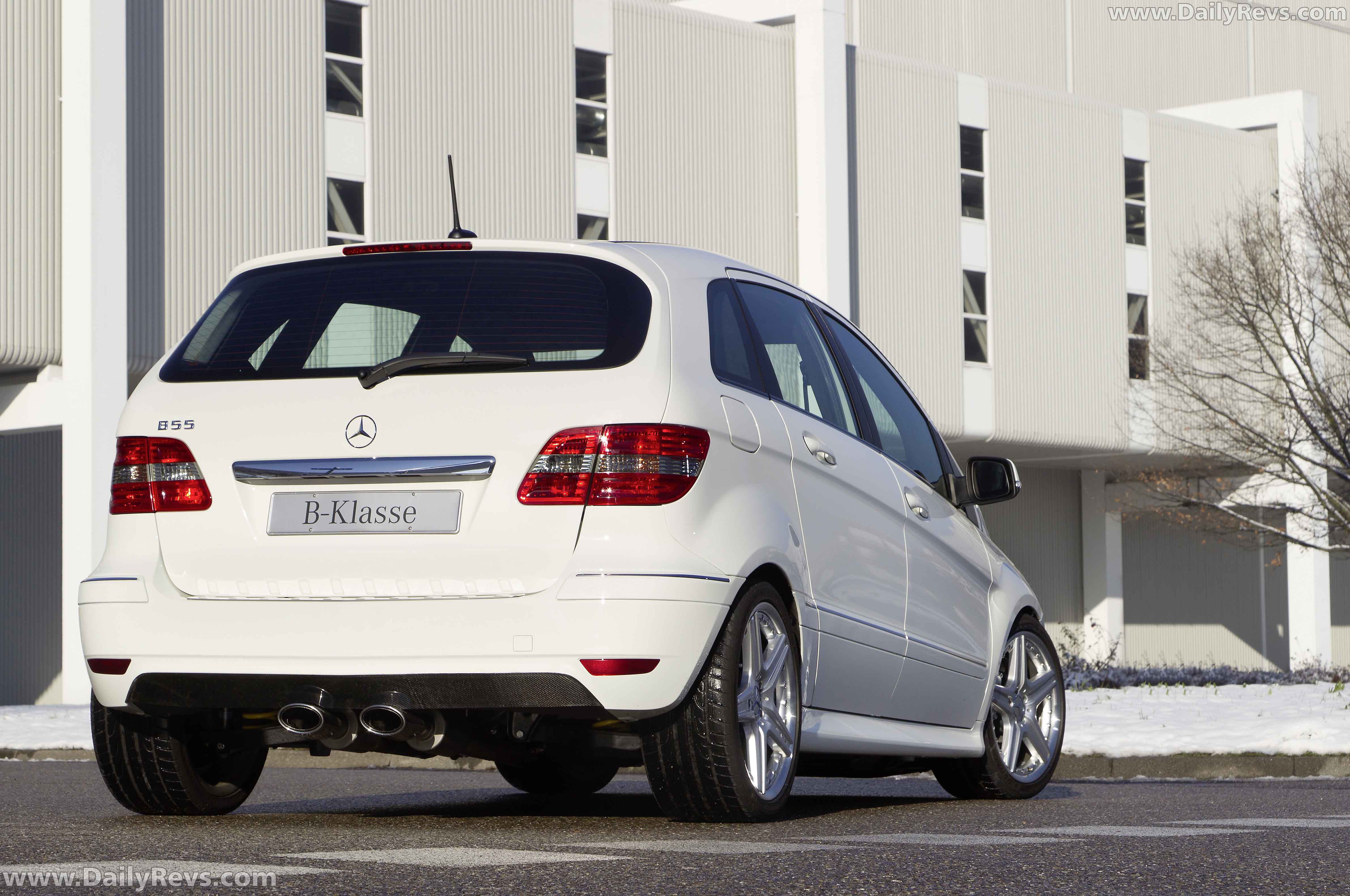 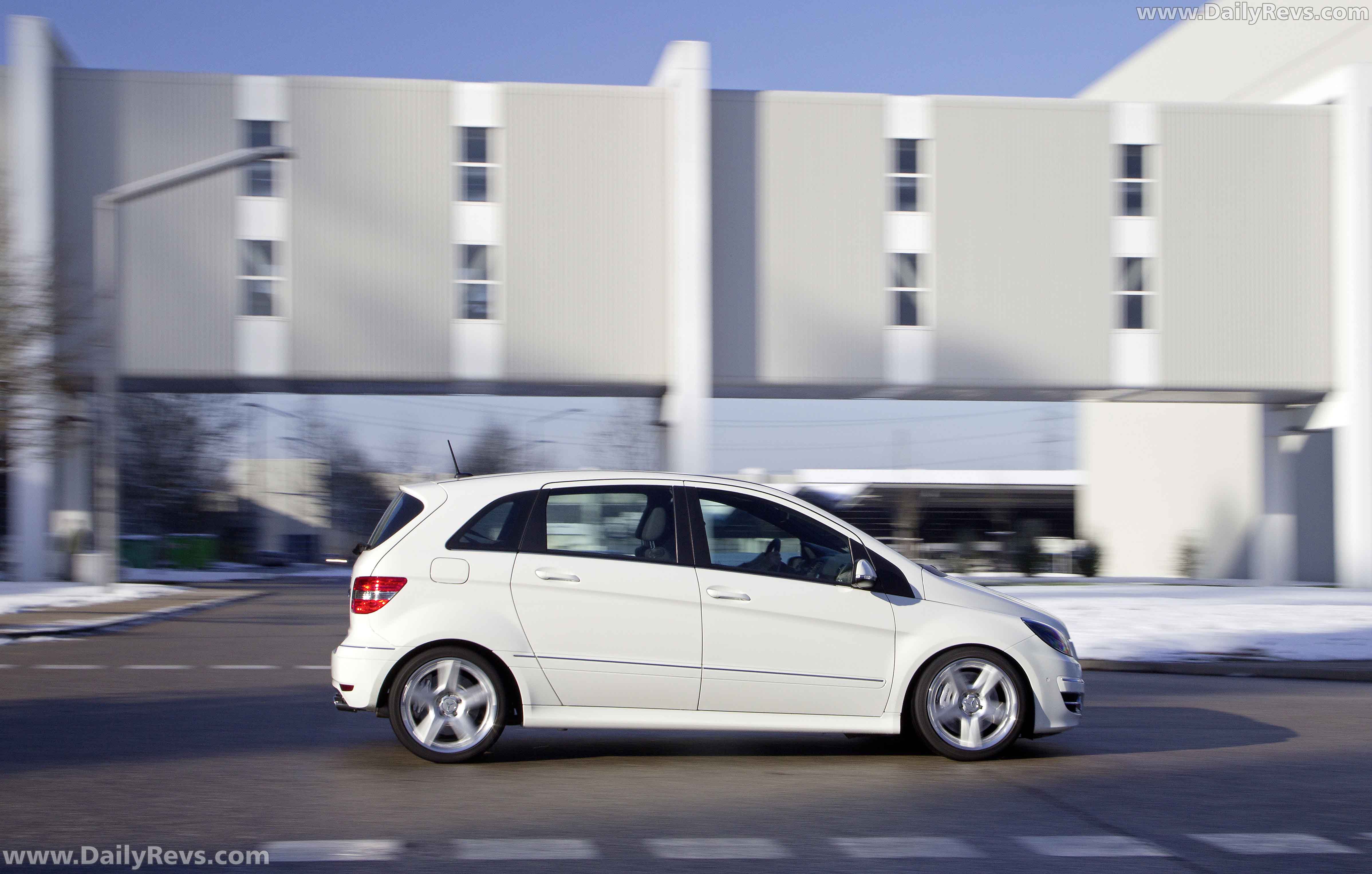 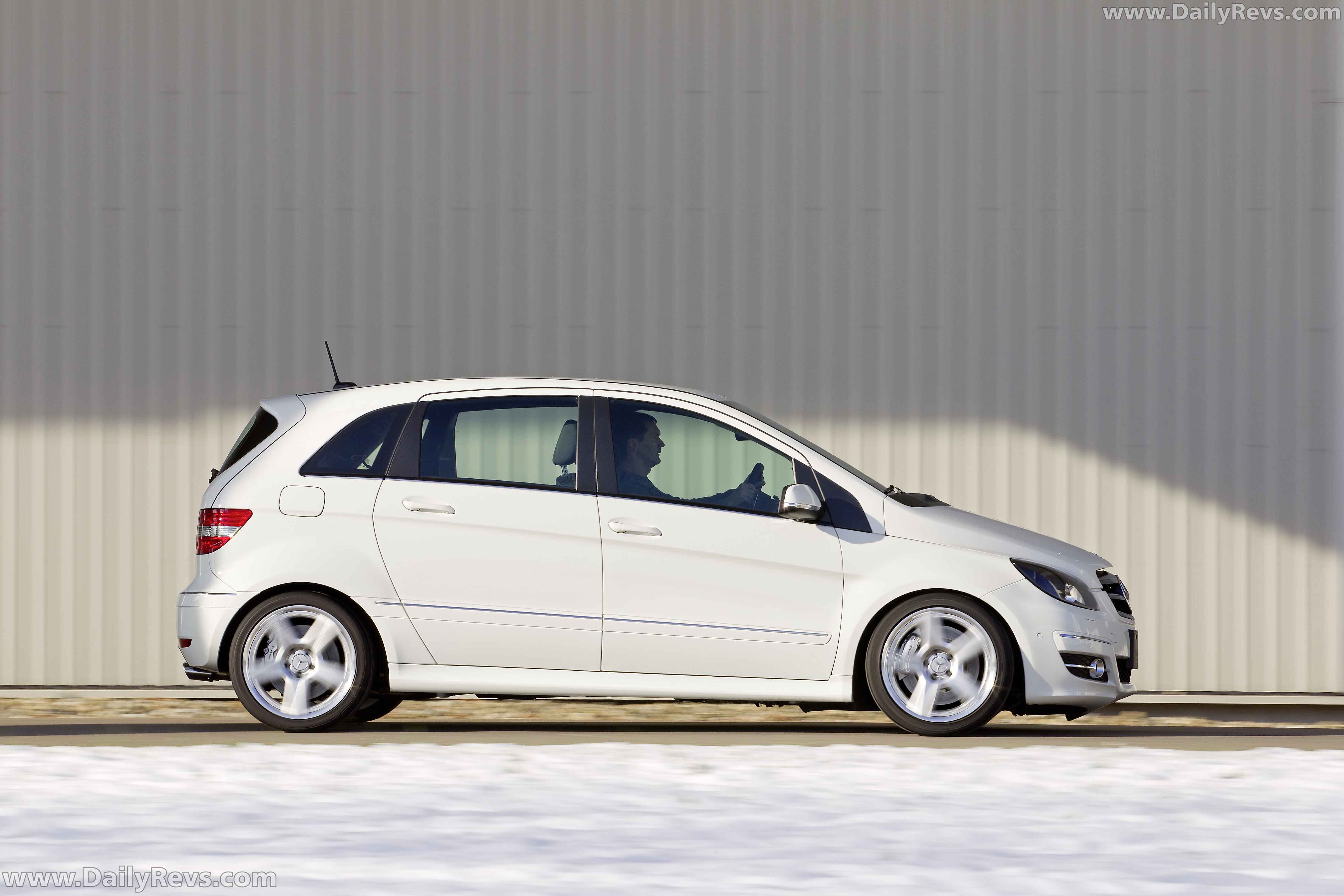 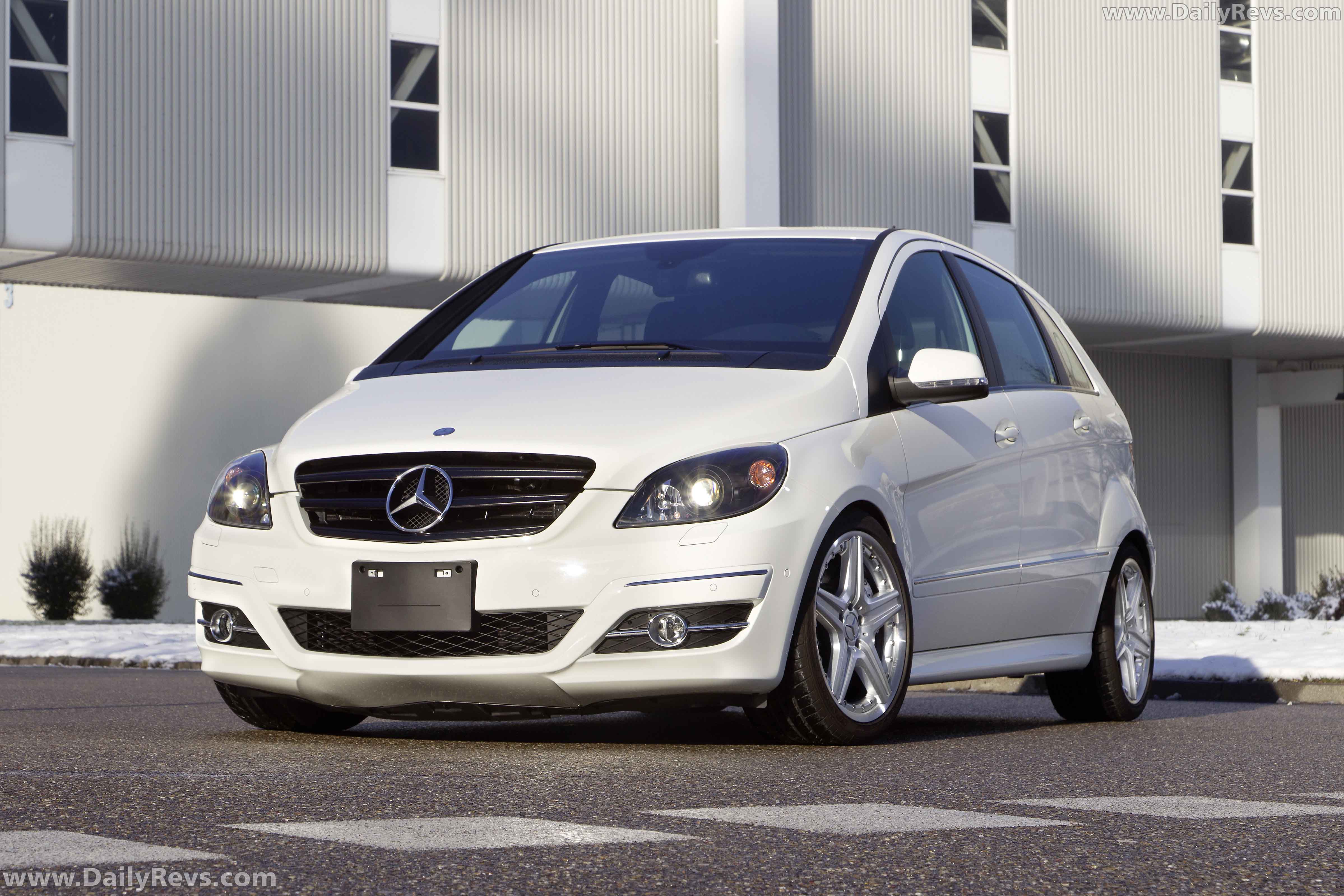 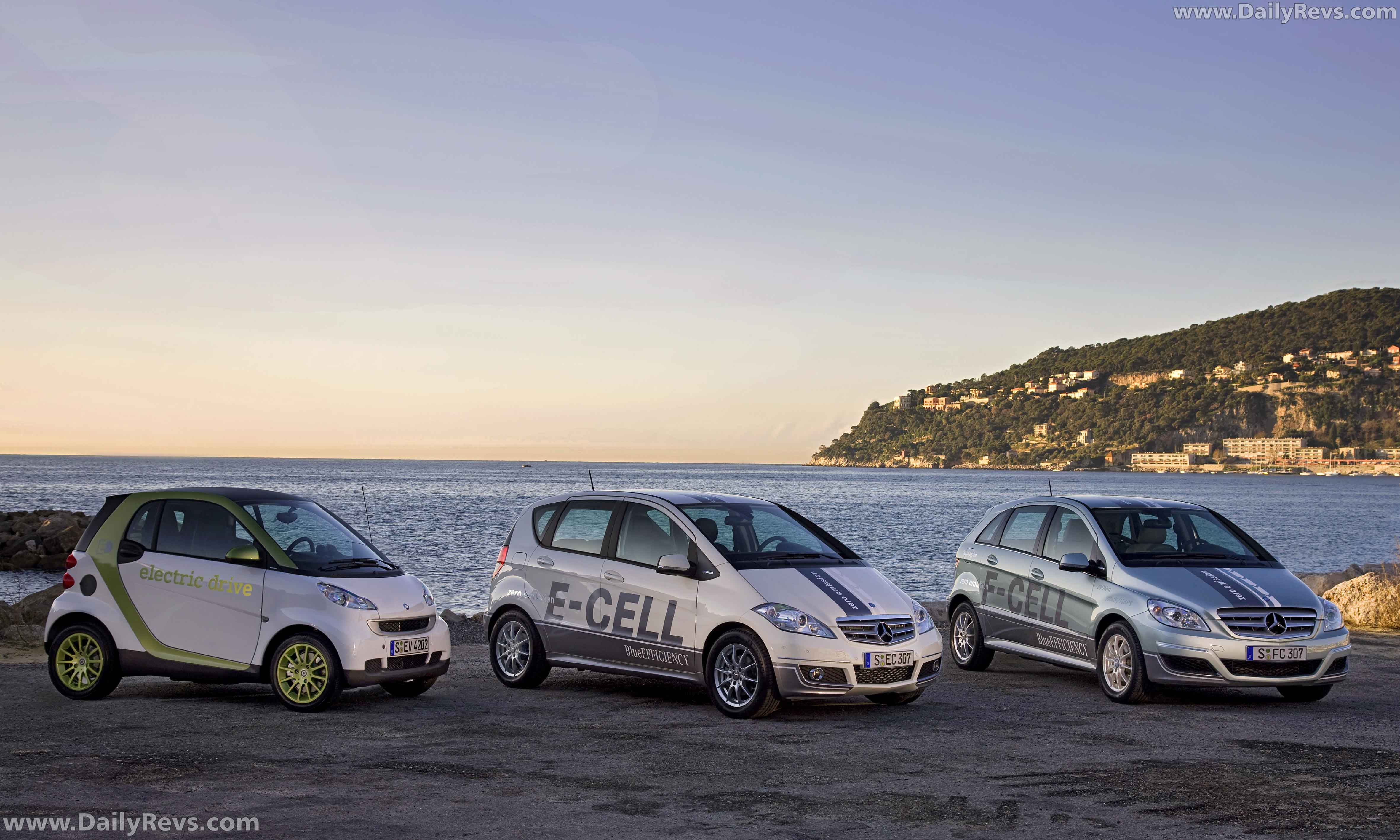 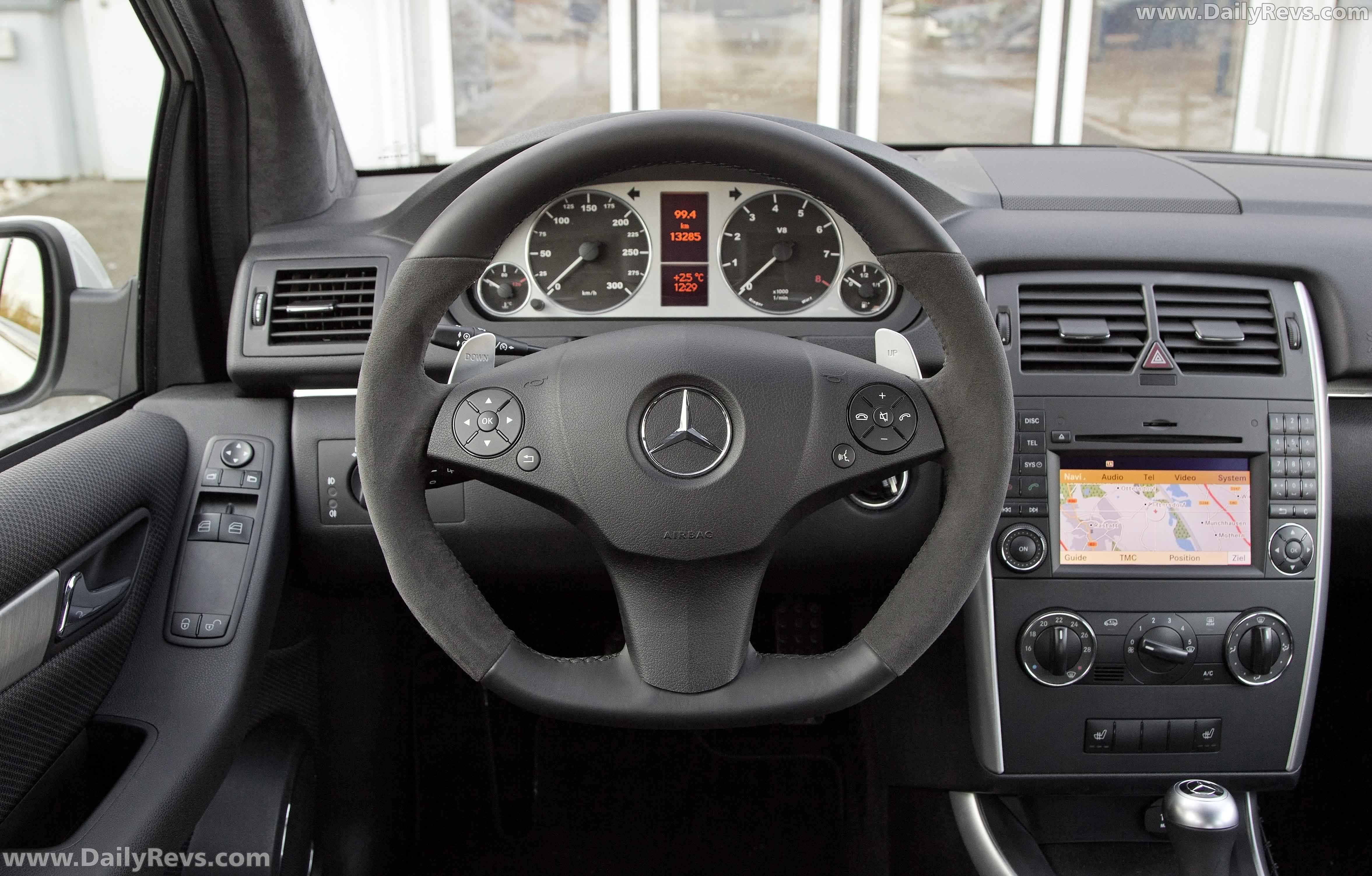 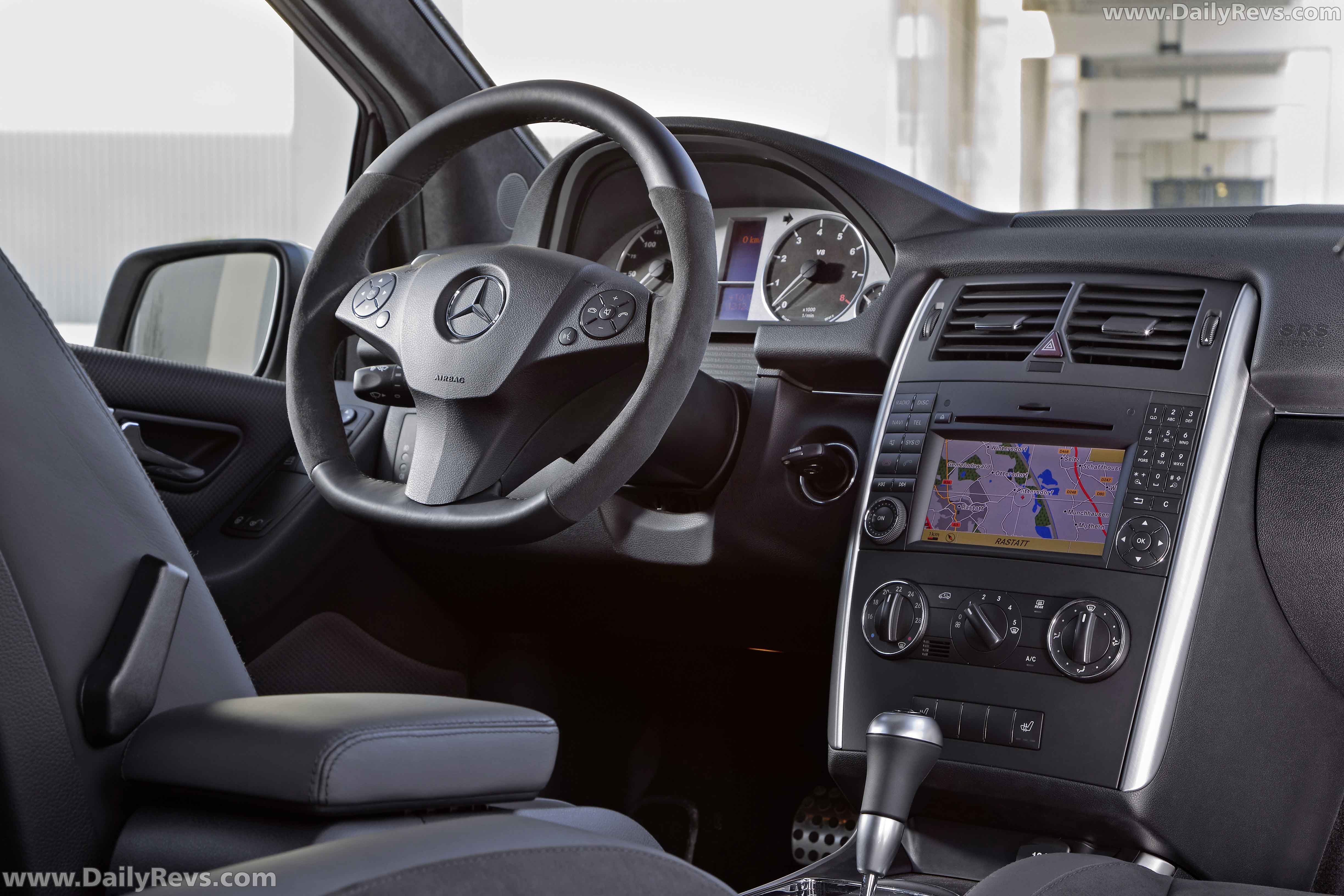 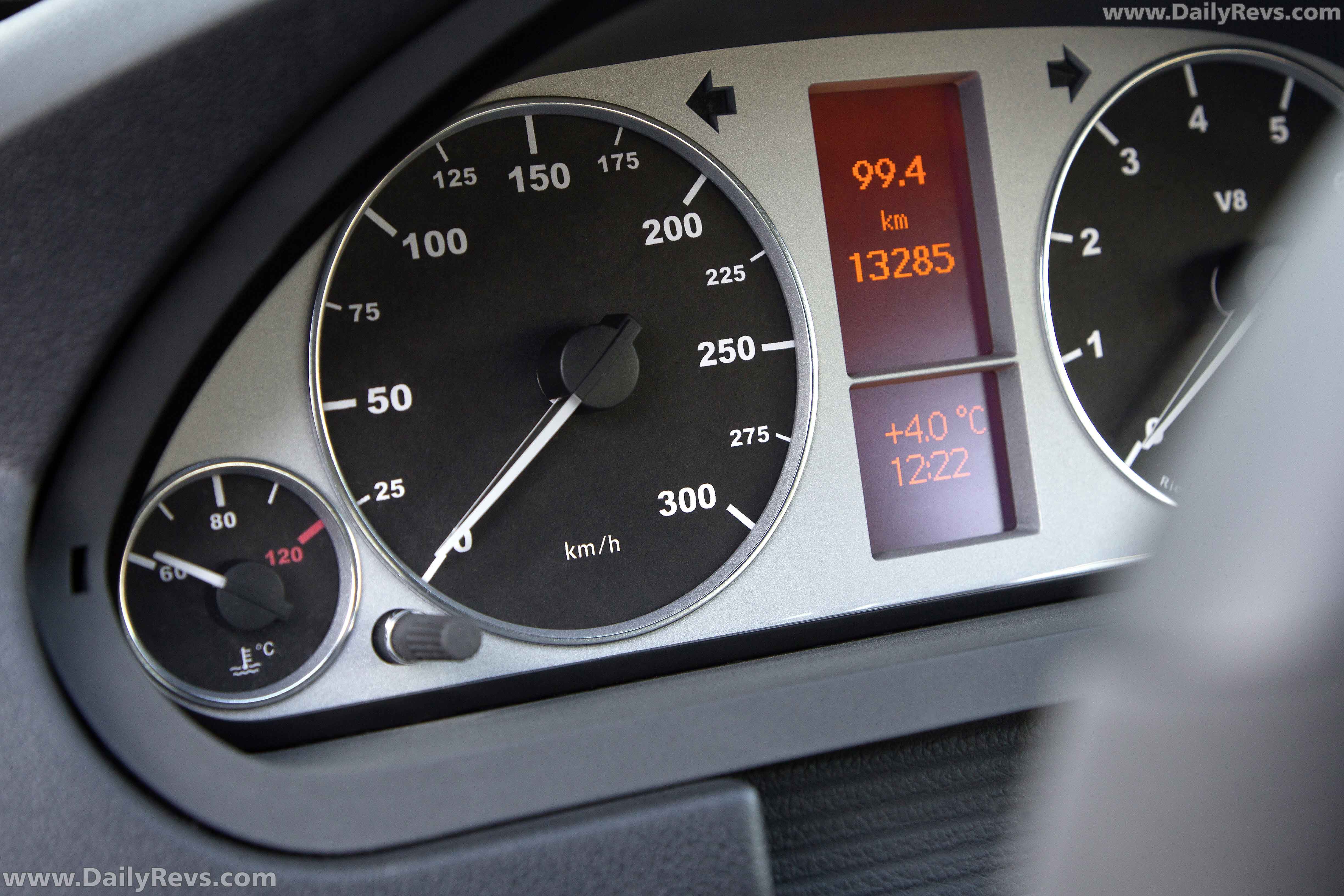 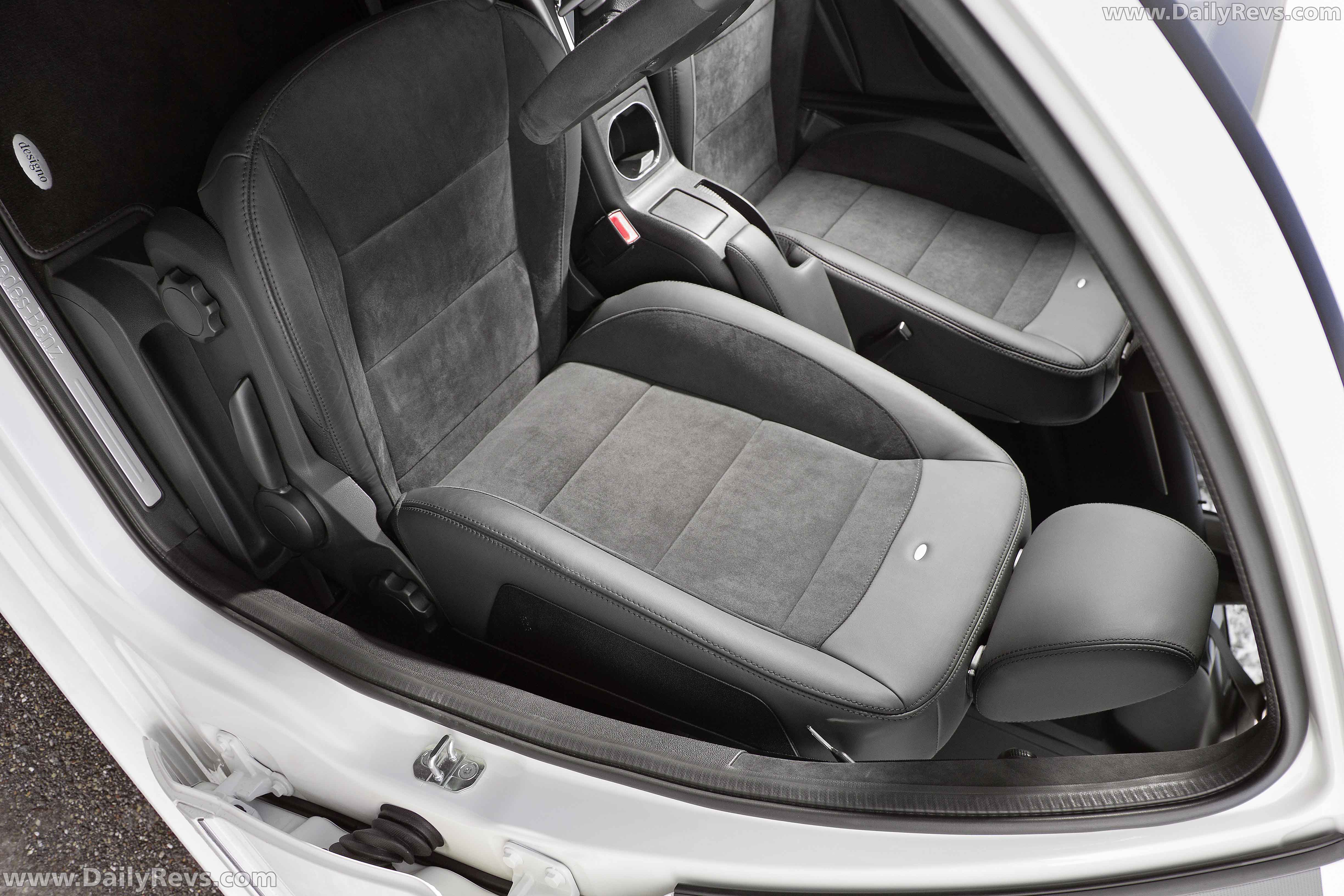 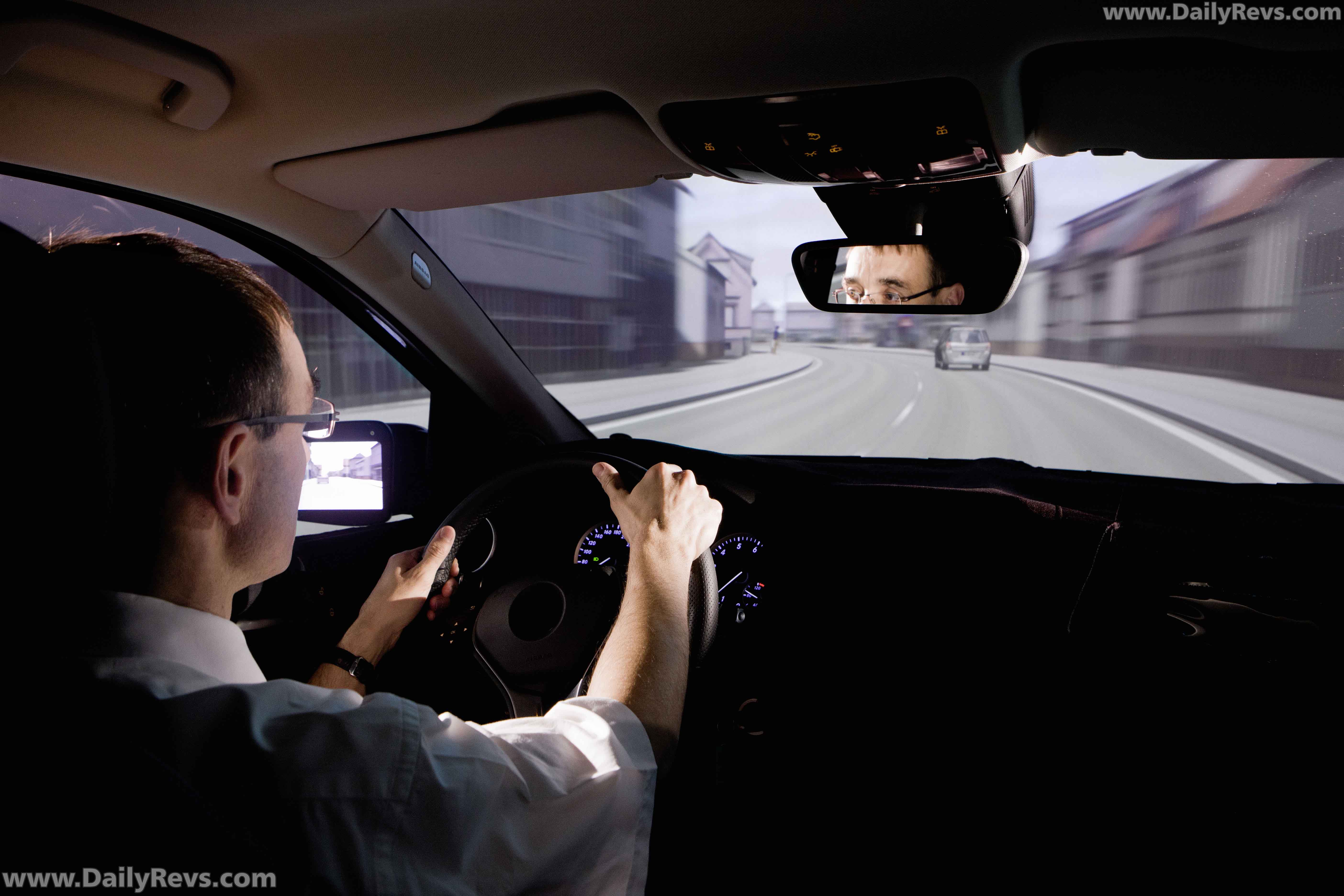 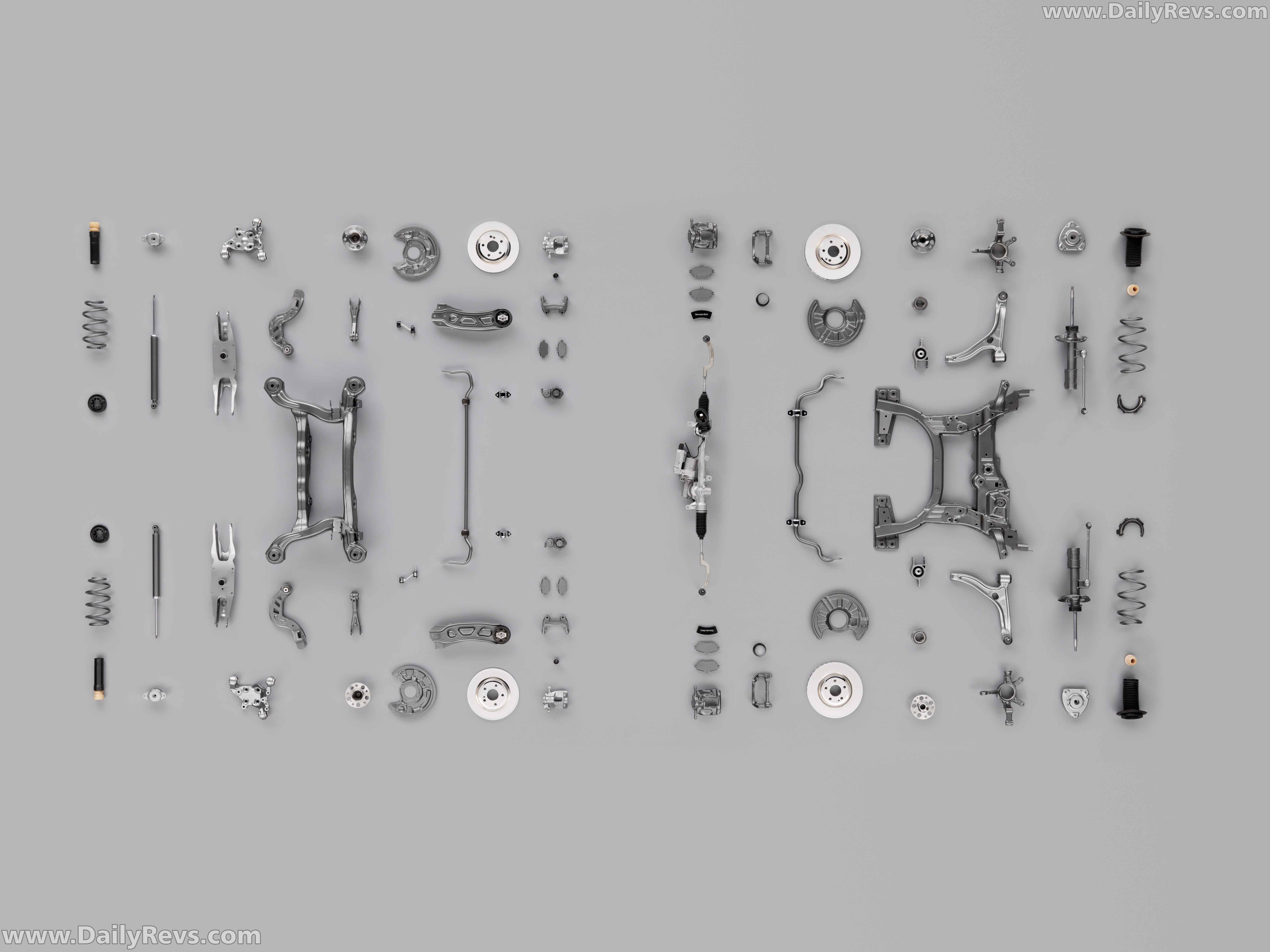 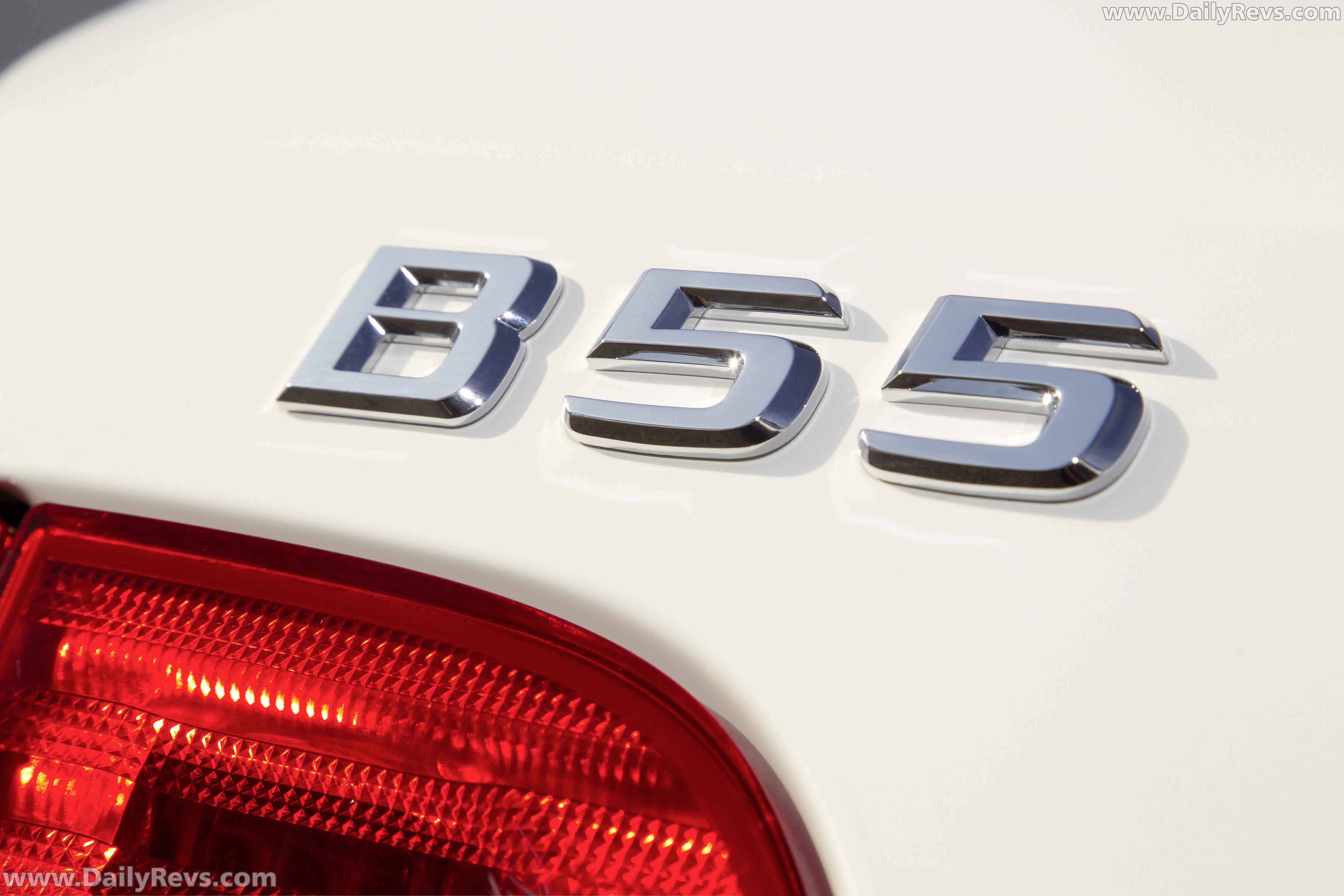 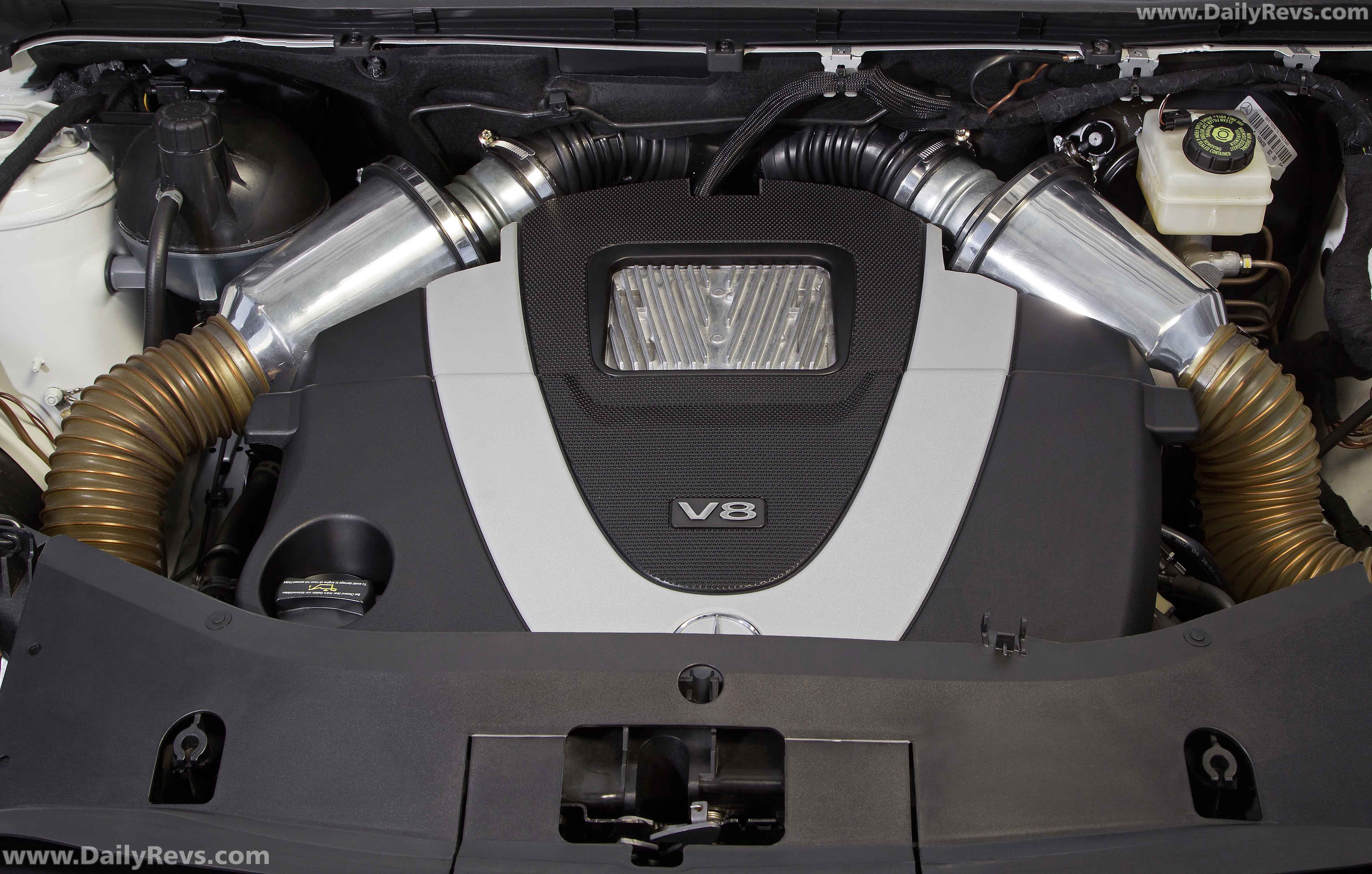 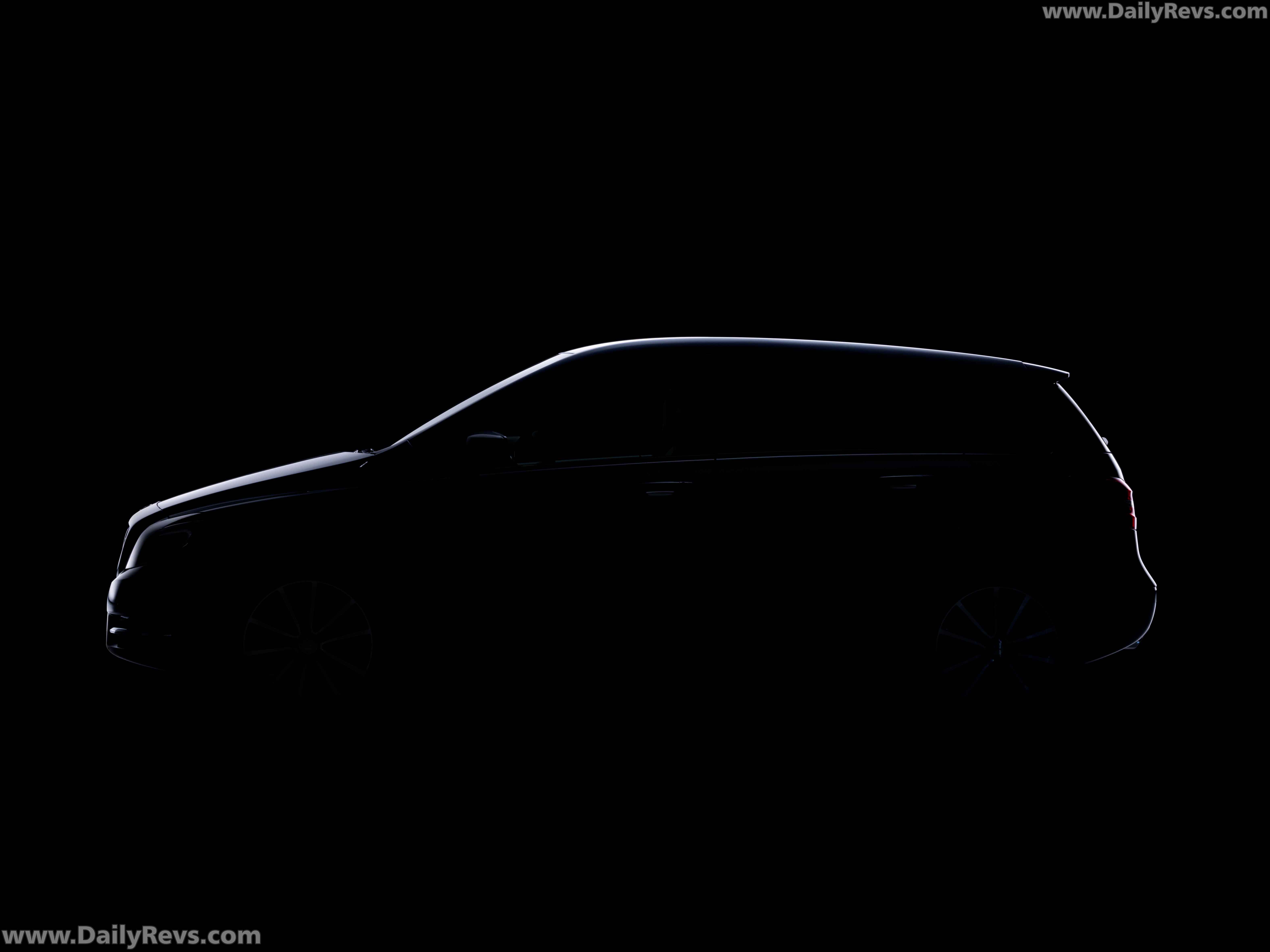 Spacious, innovative and safe, the compact models of the Mercedes A and B-Class score with their high practicality, and have found favour with more than 2.5 million customers as a result. An extraordinary one-off example has now been built at the Rastatt plant, and shows the B-Class in a completely new light: a B55 with a V8 engine and rear-wheel drive. You can find more visual details of the 2011 Mercedes-Benz B55 Concept gallery by scrolling up.

The idea came from the Rastatt plant manager, Peter Wesp. He gave some of his staff the task of creating a very special vehicle on the basis of the B-Class – leaving it to their creativity to decide what and how. Andreas Würz, a foreman in the technical vocational training department, immediately took up the challenge. He took a very close look at this large compact model, enlisted the aid of a tape-measure and came up with an idea that not only surprised and delighted his boss and colleagues, but also the trainees: “Actually it should be possible to fit a V8 into the engine compartment.” 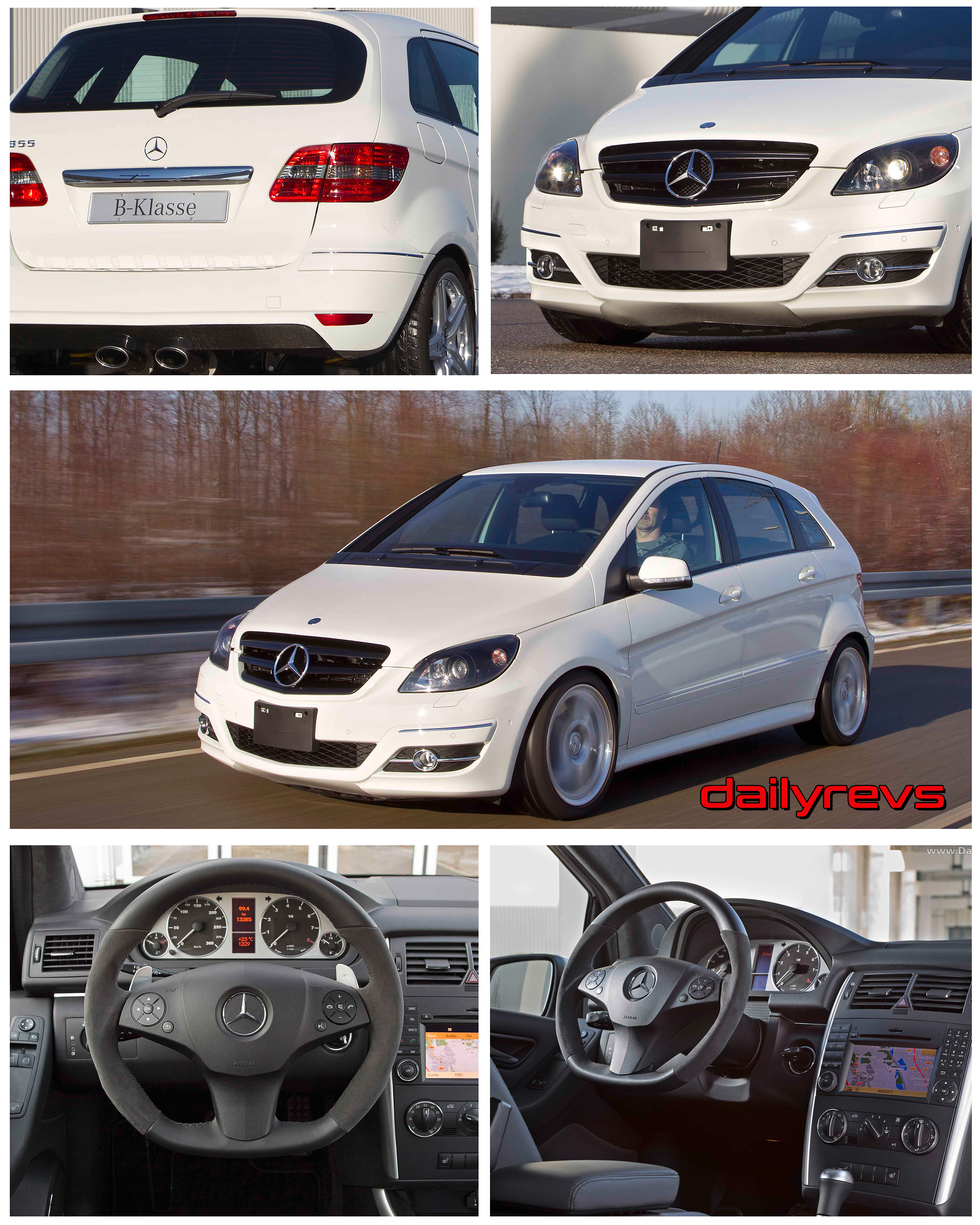 Together with his fellow-foreman Matthias Rieger from the electrics/electronics installation section, he assembled a team of twelve second-year and third-year trainees specialising in production mechanics and automotive mechatronics.

A book of specifications was drawn up:

HR manager Martin Spicale promised financial support, which made the project a feasible proposition in the first place. And a “victim” (Würz) for the conversion was also soon found: a B 200 CDI which had anyway been delegated to the training workshop for learning purposes. While the trainees completely disassembled the car, Würz went in search of a suitable engine and found what he was looking for. And no mistake: the 5.5-litre V8 developing 285 kW (388 hp) and 530 newton metres of torque was transplanted into the B-Class together with a seven-speed automatic transmission and the engine control unit. The latter proved to be quite a headache later on, as it had to be reprogrammed only to process signals from the driven rear axle.

Würz: “The V8 power unit fitted amazingly well, and we were even able to use the original engine mounts.” There were serious problems with the steering, but here too, harmony was restored with a number of modifications. The exhaust system was a clever combination of various replacement part items, and took the form of a twin-pipe system emerging at the centre of the rear end. This is where the one-off, christened the B55 gets its typical, burbling sound – once the ignition key has been turned, all heads in the vicinity are guaranteed to swivel simultaneously in the direction of the B-Class.

Intensive perusal of parts catalogues also solved the second major transplantation problem, namely the drive axle at the rear. It emerged that the rear axle of an older W 210 series E-Class would be a very good geometrical fit. Plant manager Wesp gave the go-ahead to obtain one, and Würz and his colleagues designed a subframe, which extensive forming and welding work allowed to be integrated into the B-Class bodyshell to receive the new rear axle. Elegantly concealed within the sandwich floor, the propshaft of the E-Class also fitted into the B-Class with no further modifications.

Where the interior was concerned, friends from the training workshop in Sindelfingen were able to help, providing Alcantara linings for the A, B and C-pillars as well as a roof liner in the same, luxurious material. The seats in a leather/Alcantara combination were provided by the specialists at Johnson Controls, who are located on-site in Rastatt. The finishing touches were added to the B55 in the paint shop of the Rastatt plant. In trendy white with dark-painted radiator louvres and smoked headlamp lenses, the B-Class cuts an imposing figure but only gives a discreet indication of the powerpack concealed beneath its bonnet.

The project team headed by foreman Würz are particularly proud that at 1620 kg, the weight of the B55 is only around 180 kg greater than that of the original car. Which means that impressive performance figures can be expected. Würz: “We have not made any measurements yet, but we should manage a sprint to 100 km/h in under six seconds.”

Plant manager Wesp is equally proud of the result: “The team of trainees has done a superb job, and placed a spotlight on the sporty genes of the B-Class that nobody could have imagined.” Training manageress Manuela Rascher is likewise very pleased: “The B55 shows what our training workshop can do. And at the same time it clearly demonstrates that we not only offer young people high-quality professional training, but also highly unusual and exciting project work.” Could it be that further projects of this nature are planned for the future? Rascher: “We may have some surprises in store…”