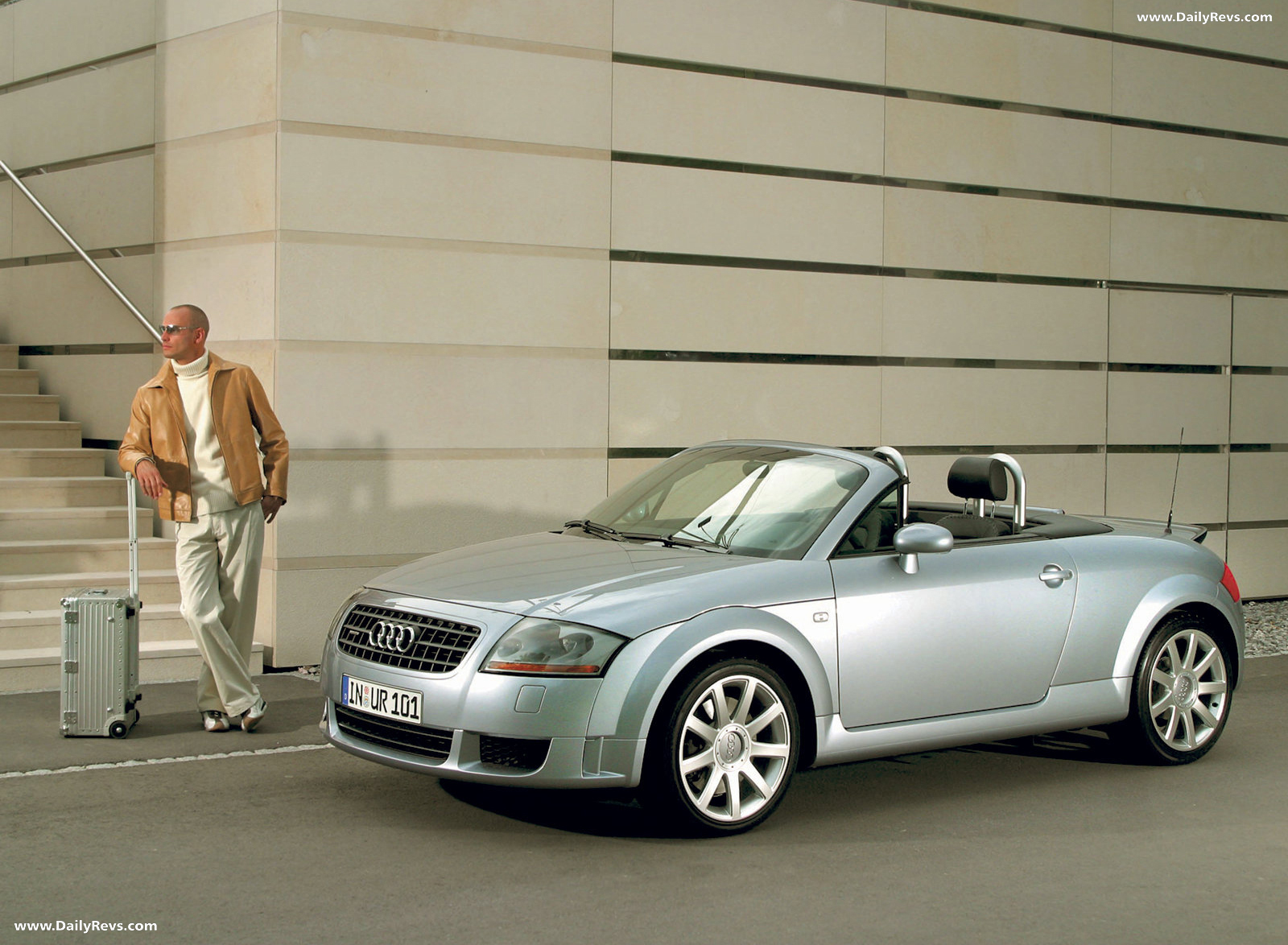 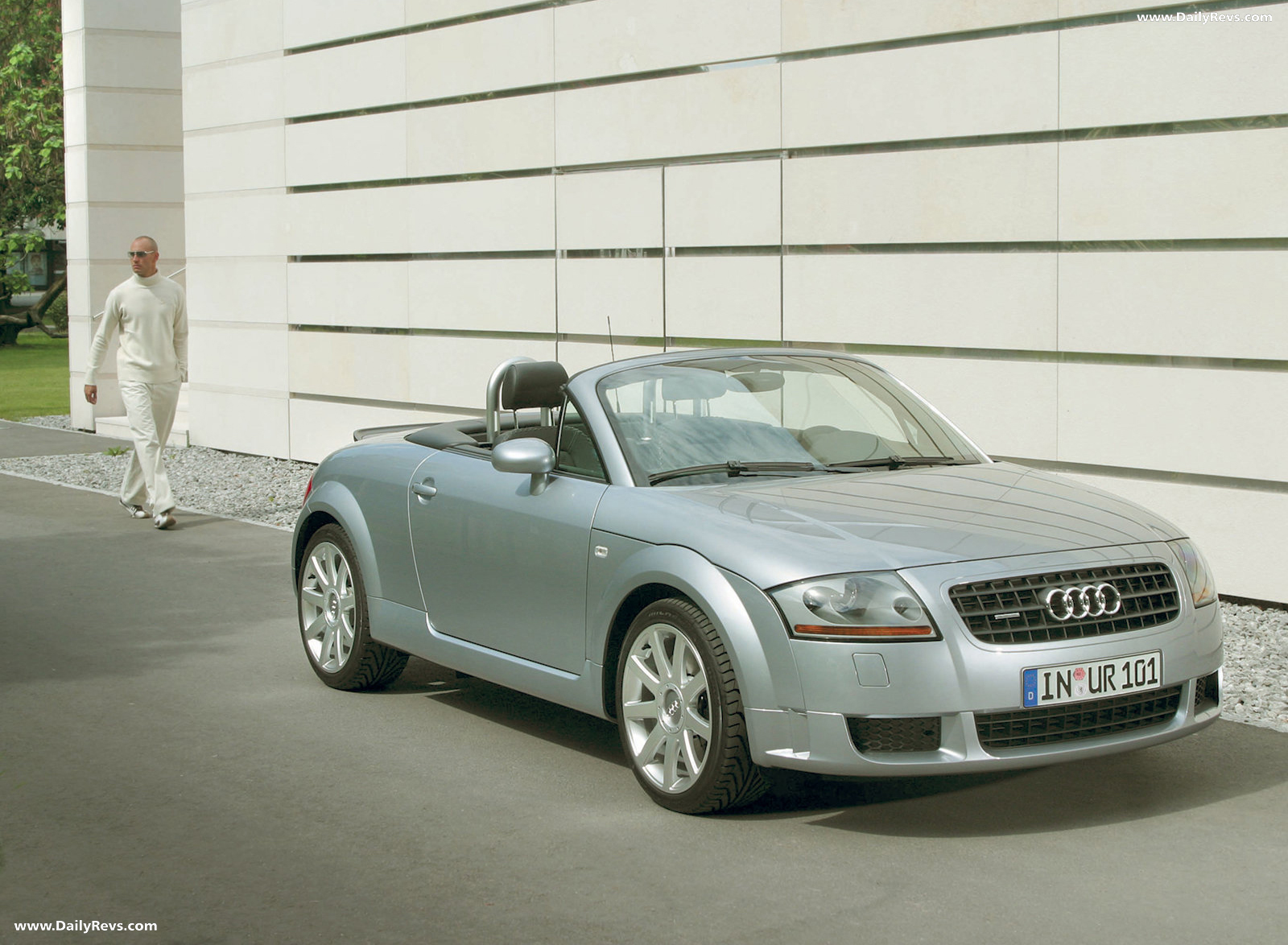 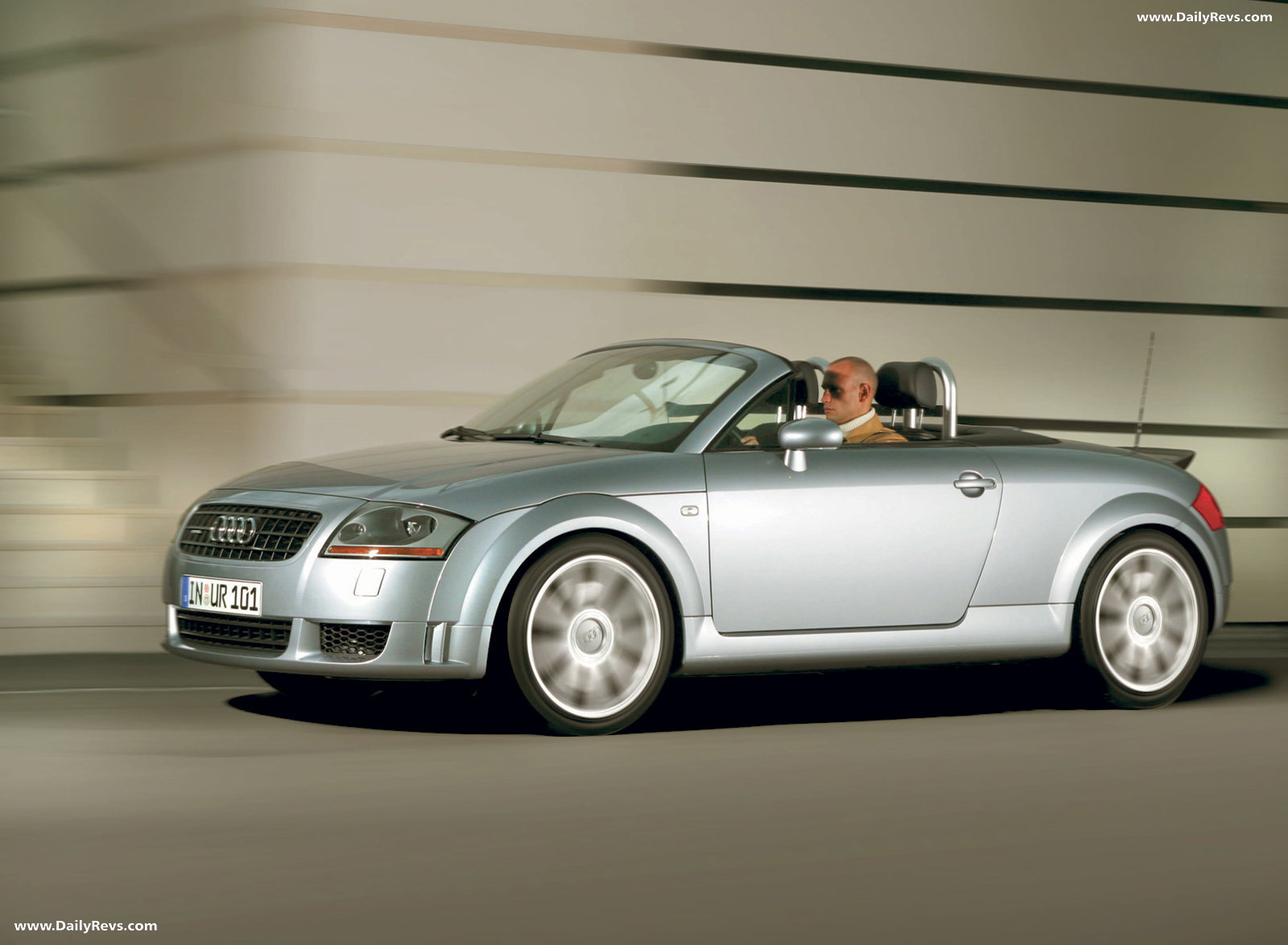 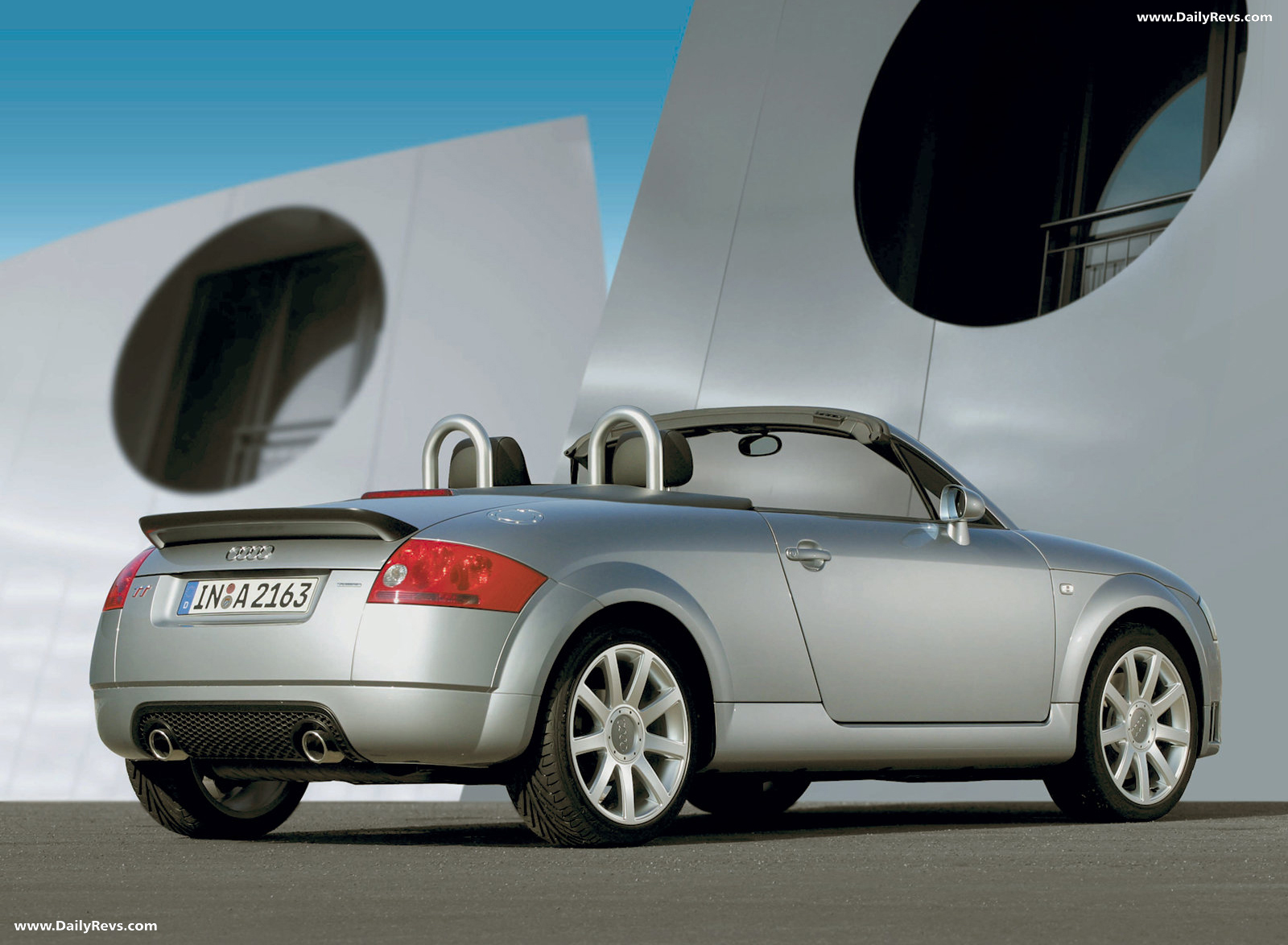 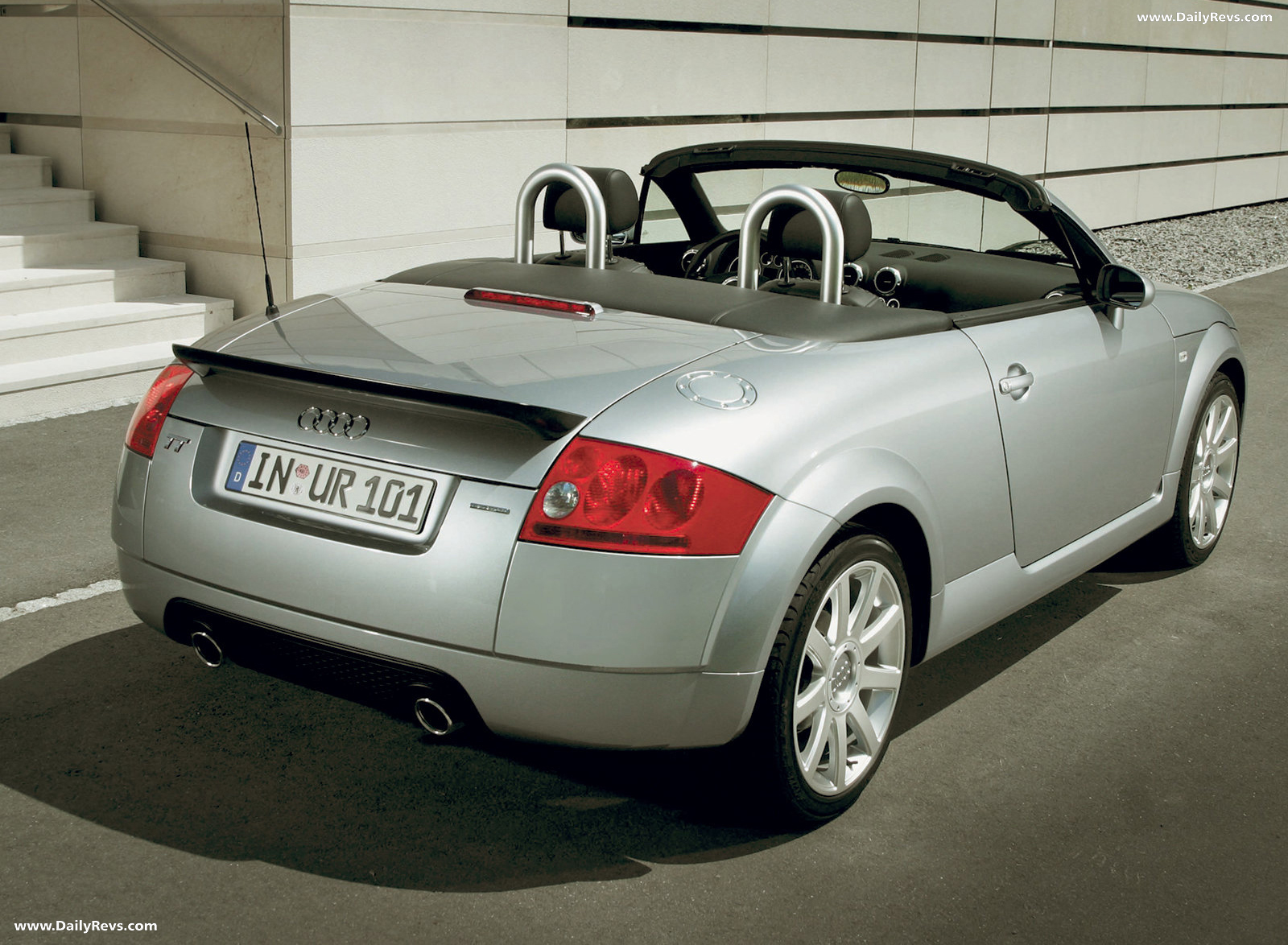 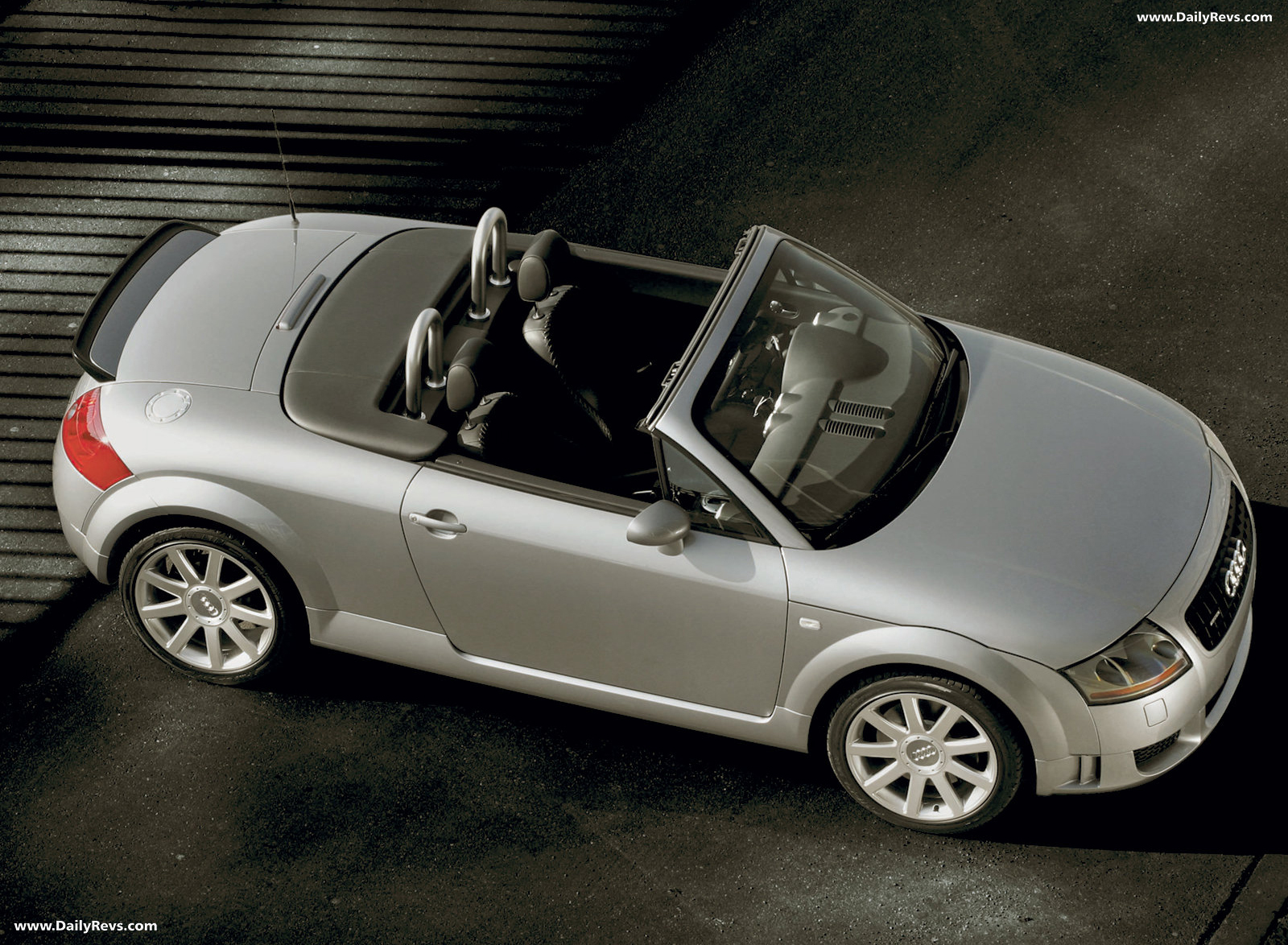 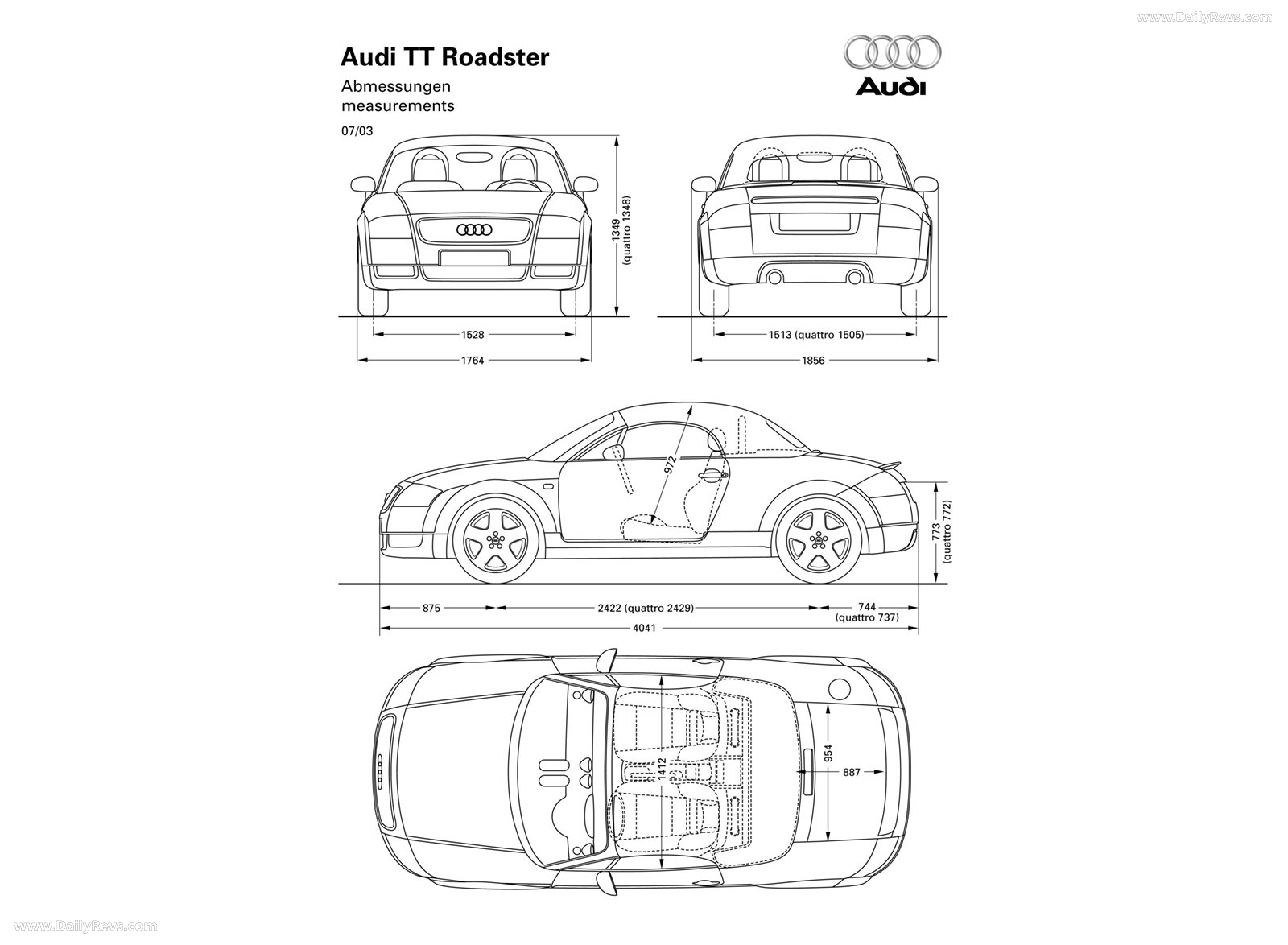 The production model was launched as a coupé in September 1998, followed by a roadster in August 1999, based on the Volkswagen A platform used for the Volkswagen Golf, Skoda Octavia and others. The TT uses a transversely mounted engine with front or quattro all wheel drive. It was first available with a 1.8 L turbocharged inline four cylinder 20-valve engine. For the first two years of production, both front wheel drive and quattro models featured a 180 PS (132 kW) version of this engine. In 2001, a more powerful Quattro model was released which was equipped with a 225 PS (165 kW) engine which shares the same basic design but features a larger turbocharger, an additional intercooler on the driver’s side, forged connecting rods, a dual exhaust, and a few other internals designed to accommodate the increase in turbo boost from roughly 10 psi peak to 15. 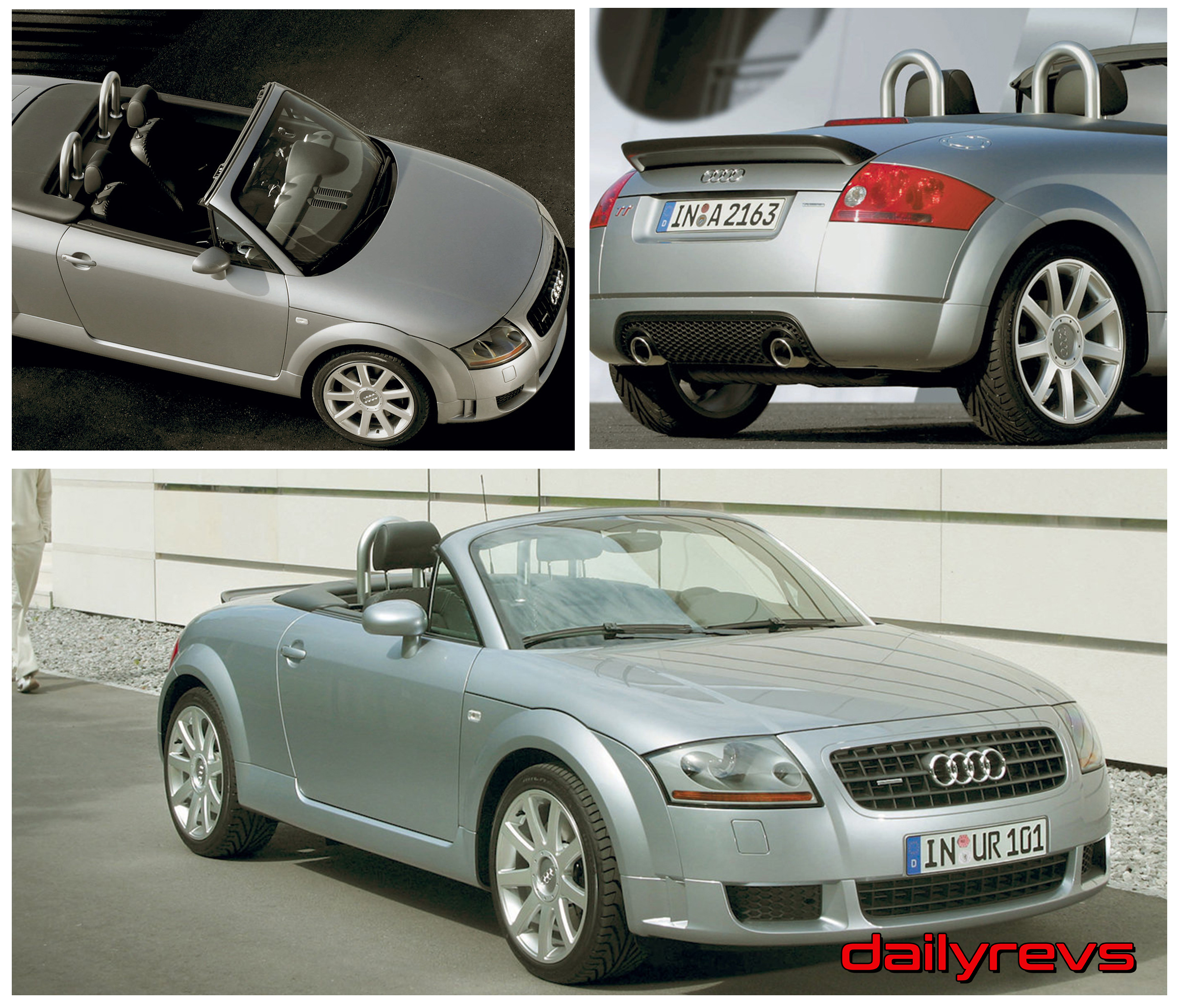 All TT models were recalled in late 1999/early 2000 following concerns over the car’s handling which was considered unstable under high-speed cornering as the result of throttle lift-off oversteer – a number of modifications were made, which were subsequently incorporated into all future examples: rear-wing spoilers were fitted (to reduce lift) and suspension settings were altered (to increase understeer). The original four cylinder engine range was complemented with a 250 PS (184 kW) 3.2 L VR6 in early 2003, which comes with the quattro all-wheel drive system. In October 2004 a new DSG (dual-clutch) gearbox, which improves acceleration through drastically reduced shift time, was offered along with a stiffer suspension.

Audi has developed the TT with some notable improvements, including a lightened and power-boosted “quattro Sport” model, and 240 PS (176 kW) and a top speed of 250 km/h (155 mph), however the handling and steering are considered by BBC’s Top Gear presenter, Jeremy Clarkson, to be “boring”. It compares with the Nissan 350Z which has more grip. It should be noted, however, that the TT’s handling character is deliberate, as Audi vehicles are generally designed to exhibit understeer (a characteristic determined by suspension design, the effect of the quattro all-wheel drive system, and other factors). Understeer is inherently a safer handling characteristic, as it is easier for novice and casual drivers to predict and control the vehicle (and thus the car can appeal to a much broader market). Sports car purists and driving enthusiasts, however, generally favor oversteer (which the Nissan 350Z exhibits) to understeer, as the former makes for a more involving and spirited driving experience.

The 2006 TT model was pulled from California and other states that had adopted California emission standards because the 2006 Audi TT did not meet with these states’ emissions standards.

The TT’s styling is regarded by many as a watershed moment in automobile design. From its introduction as a concept car in 1995, and as a production car in 1998, the design was regarded by many as bold, innovative, and evolutionary. While the car borrowed a few design elements from earlier vehicles, the overall design was considered by many to be truly unique. With its distinctive, rounded bodywork, bold use of bare aluminum (actually anodized aluminum), and a lack of defined bumpers, the TT represented a departure from much of the styling that dominated the car market at that time.

The success and popularity of the TT’s iconic design gave many automotive designers (and manufacturers) greater latitude to experiment with bold, distinctive design. The TT’s influence can be seen in the design elements of many vehicles released after the TT.

The TT is often regarded as the vehicle that made people take a second look at Audi. No longer just a second-tier European maker, Audi emerged as a serious competitor for the likes of BMW and Mercedes-Benz. The then-new B5-platform A4 model was a substantial improvement on its Audi 80 predecessor; these two models firmly secured Audi’s position as a prestige marque. 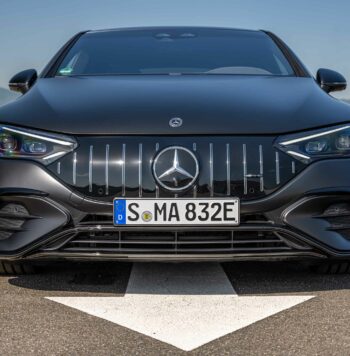 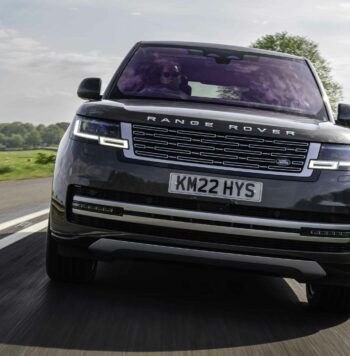 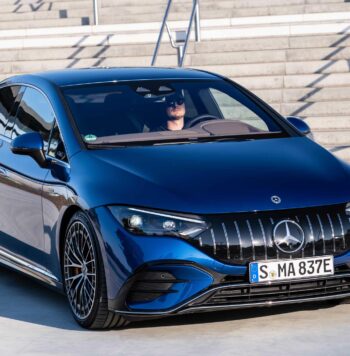 2023 Mercedes-Benz EQE 53 AMG Spectral Blue
We use cookies on our website to give you the most relevant experience by remembering your preferences and repeat visits. By clicking “Accept”, you consent to the use of ALL the cookies.
Learn MoreYes, I accept
Manage consent