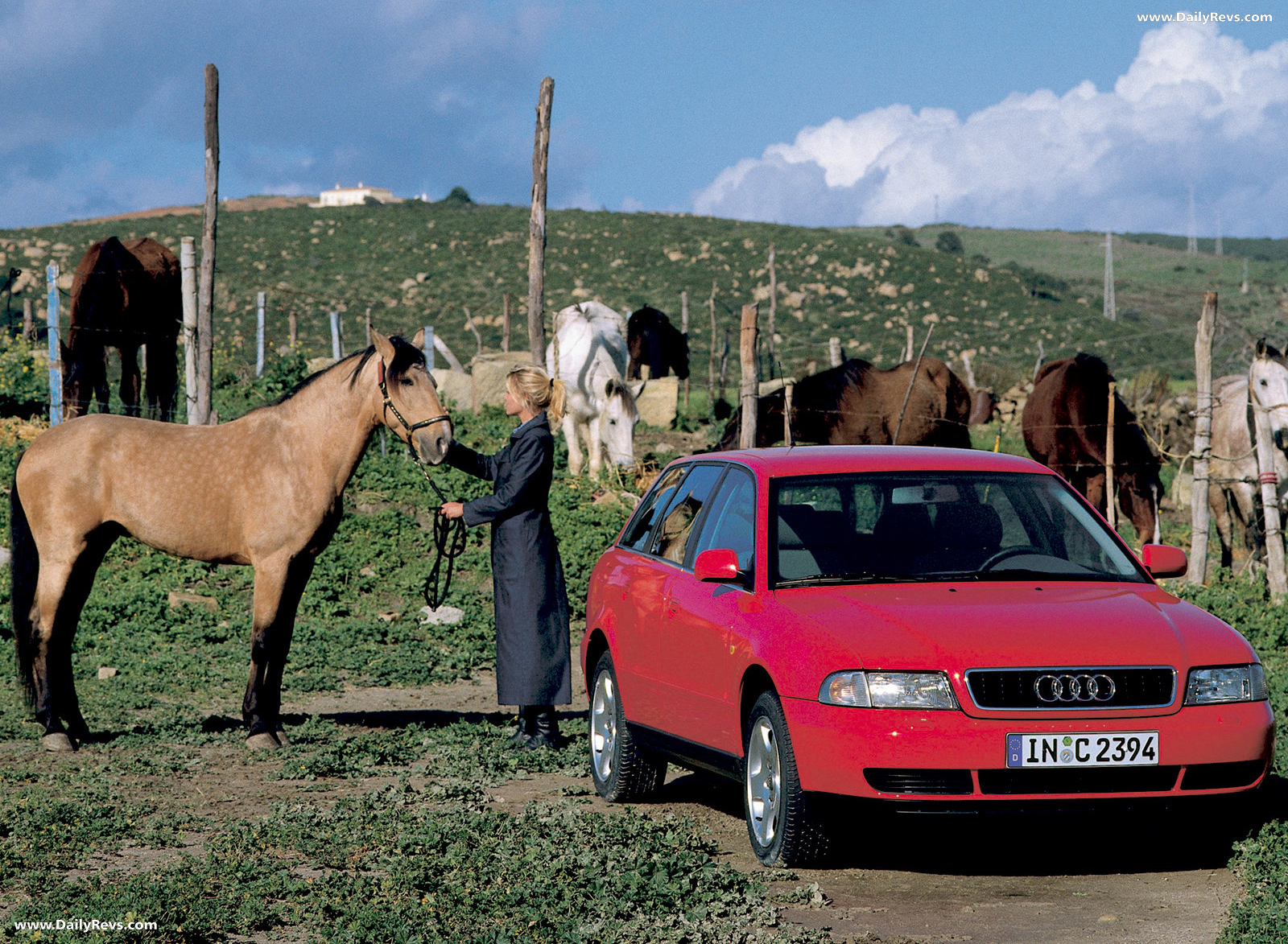 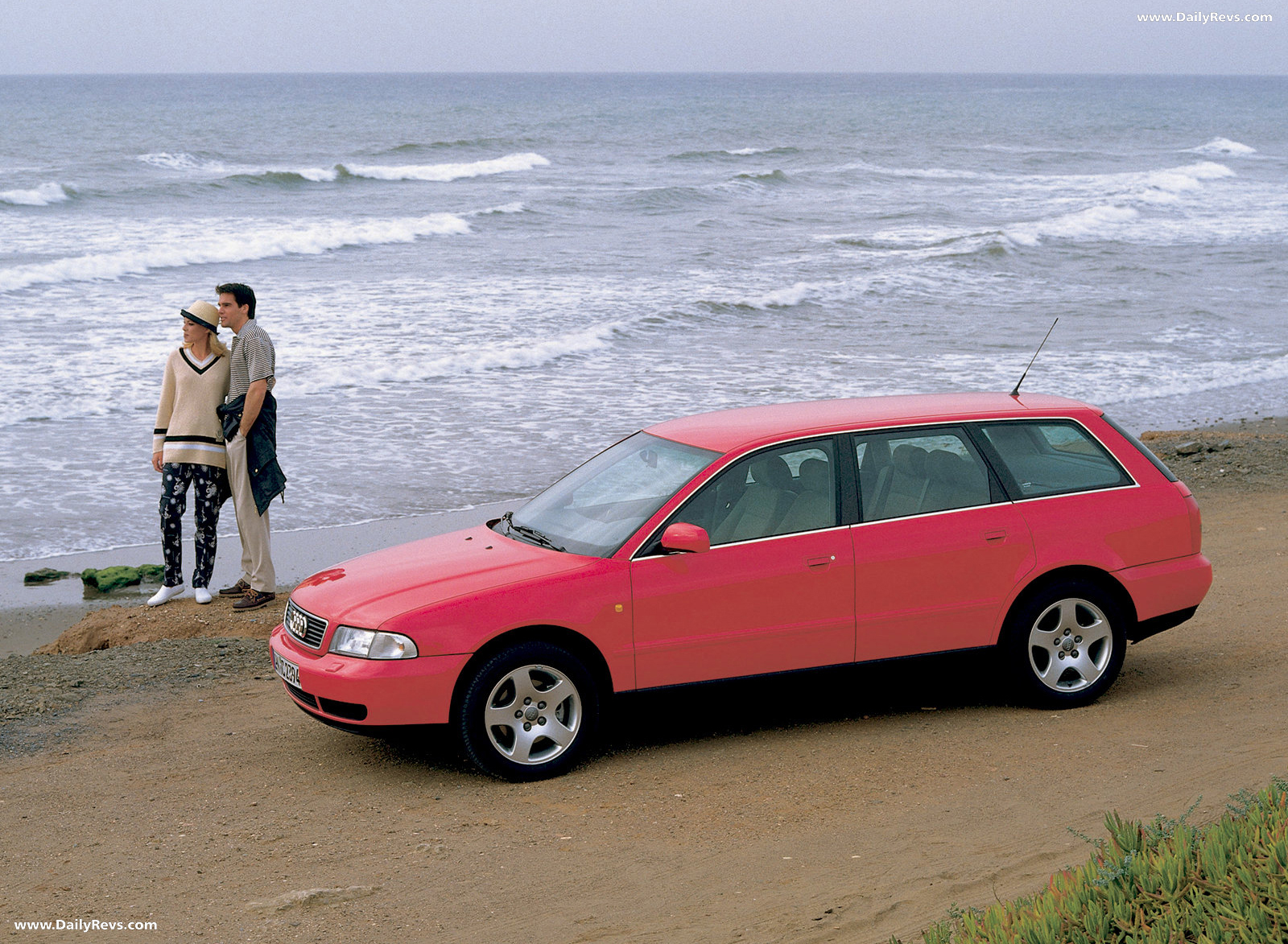 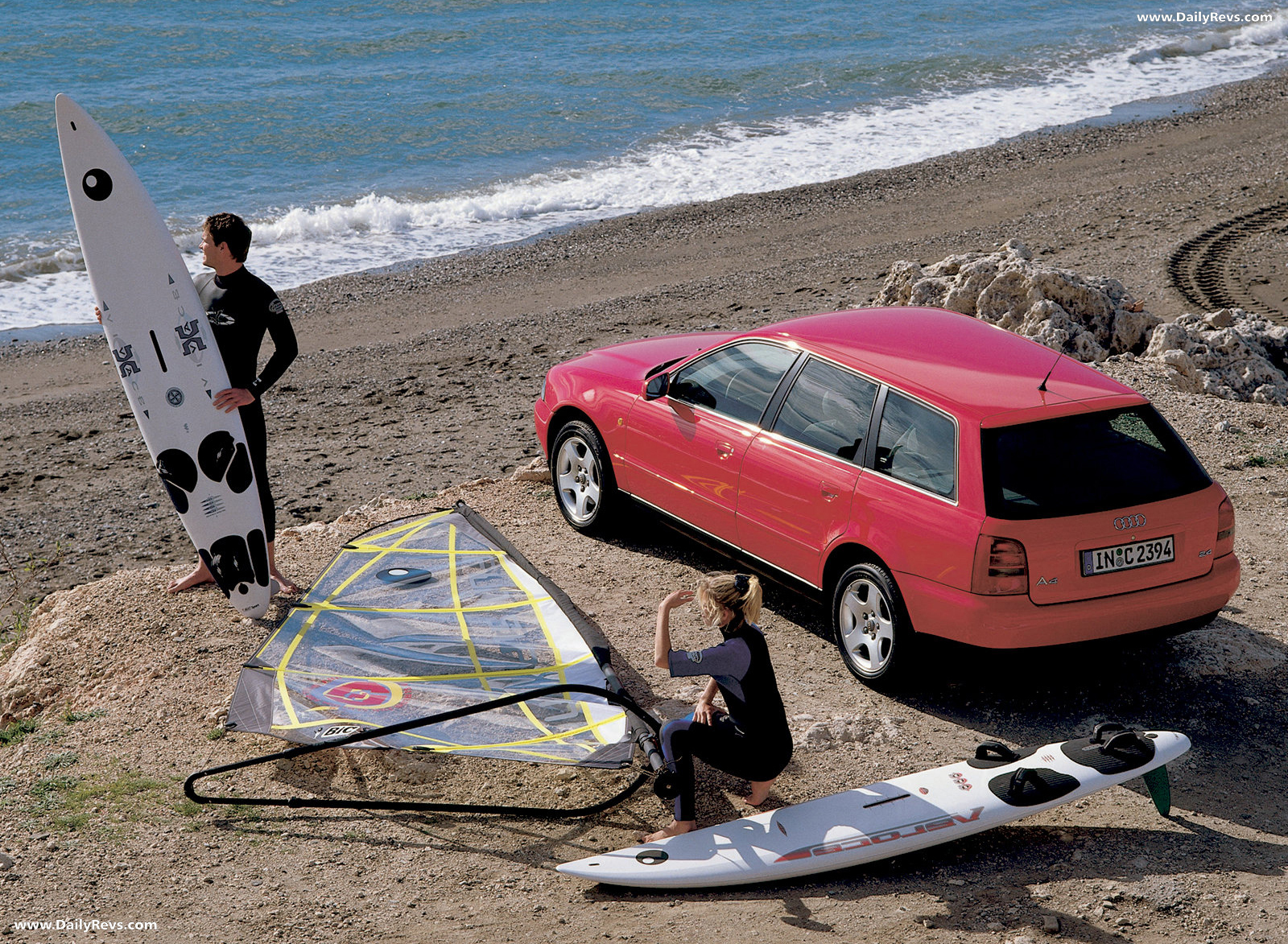 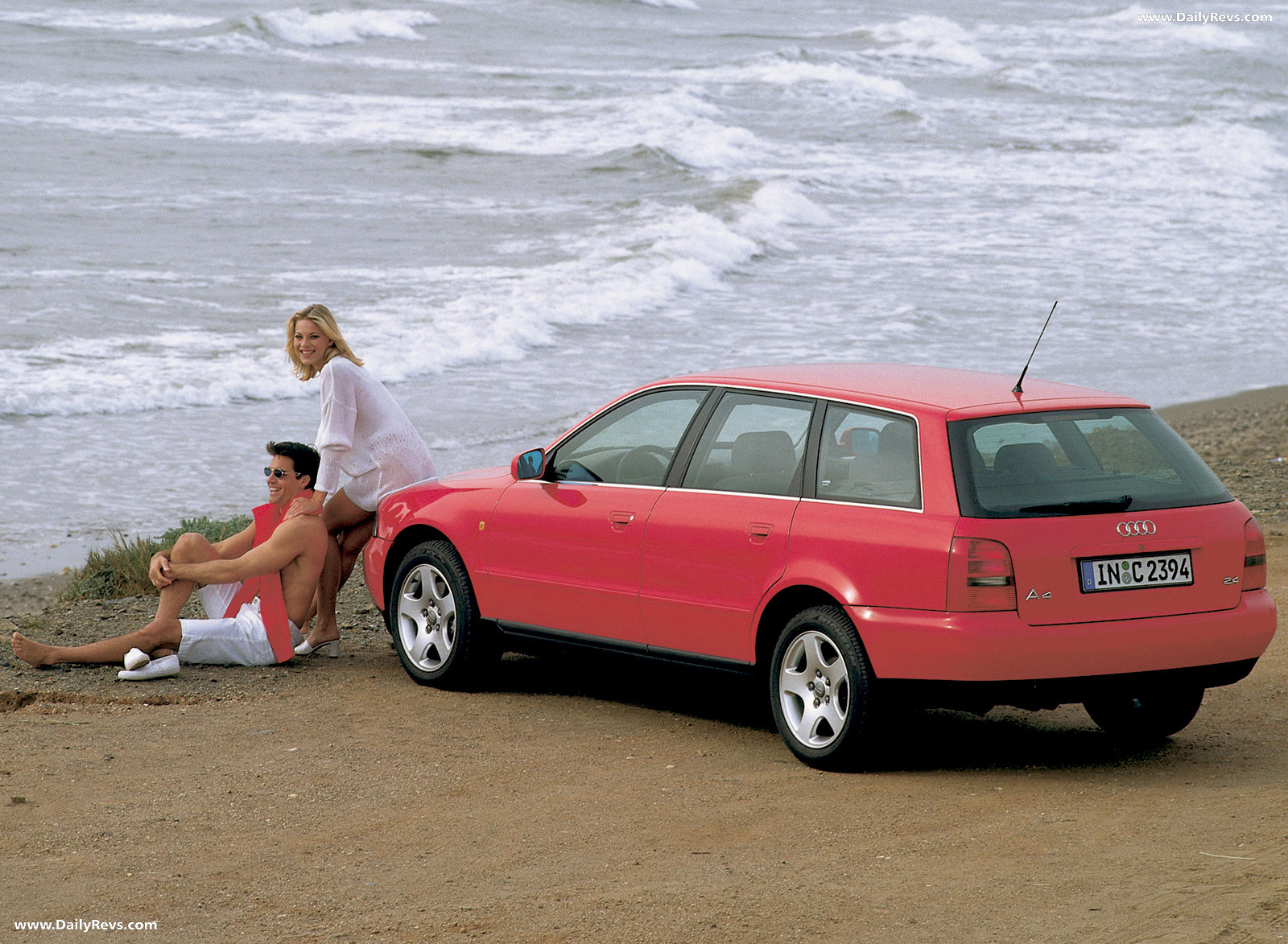 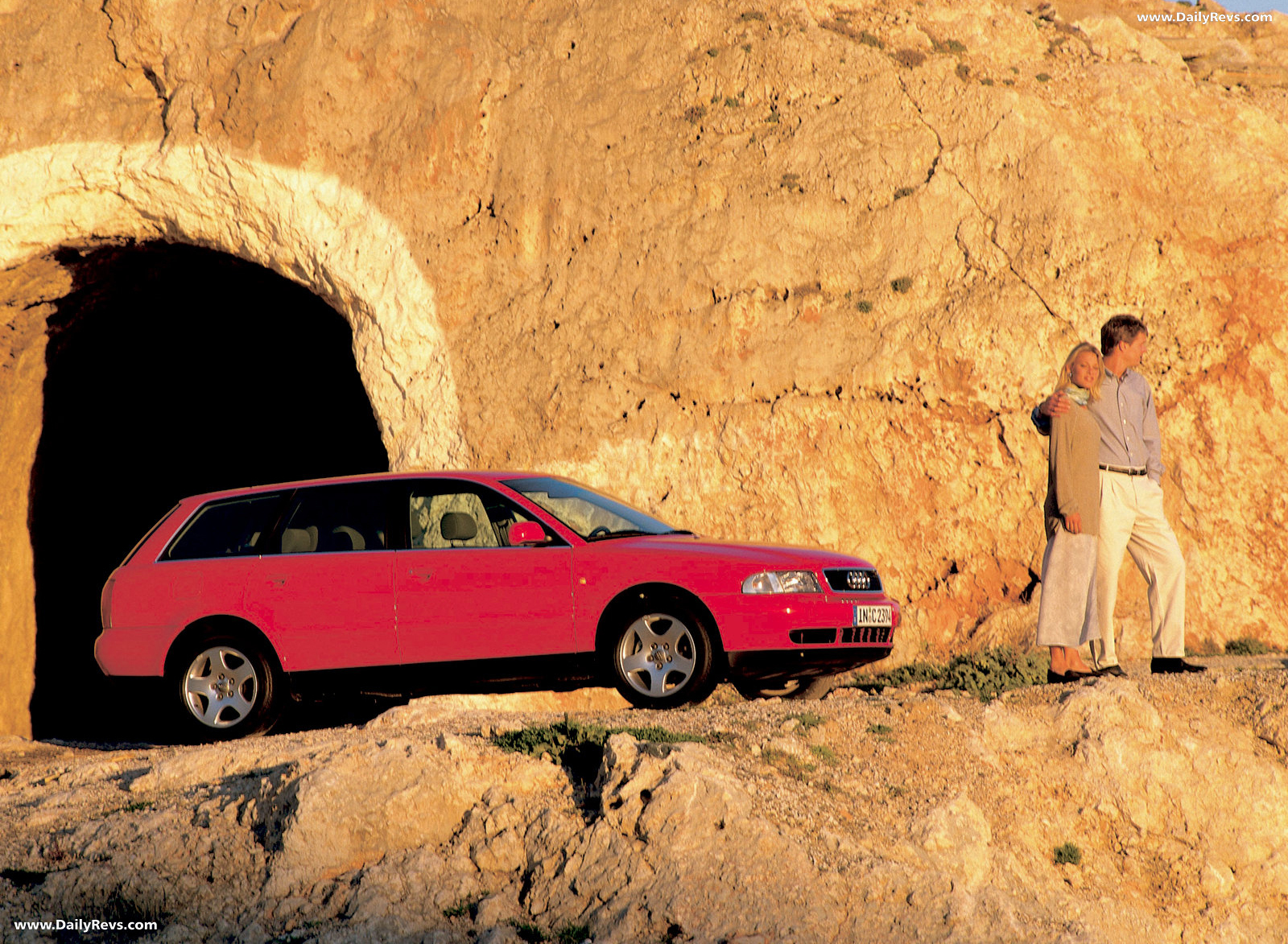 Audi debuted the model in 1995 on Volkswagen’s B5 platform, which it shared with the fifth generation Volkswagen Passat. Like the Passat, it had a longitudinally-mounted engine and standard front wheel drive, although the vast majority of A4s Audi sells in North America come optioned with their quattro all wheel drive system. The Avant station wagon arrived a year later.

A wide range of engines were available to European customers, between 1.6 and 2.8 L, and a 1.9 L Diesel available with VW’s new “pumpe-düse” technology, capable of achieving a then high power value of 110 PS (81 kW), although Audi’s 2.8 L V6, carried over from the old 80/90 was the only engine option in North America until 1997. 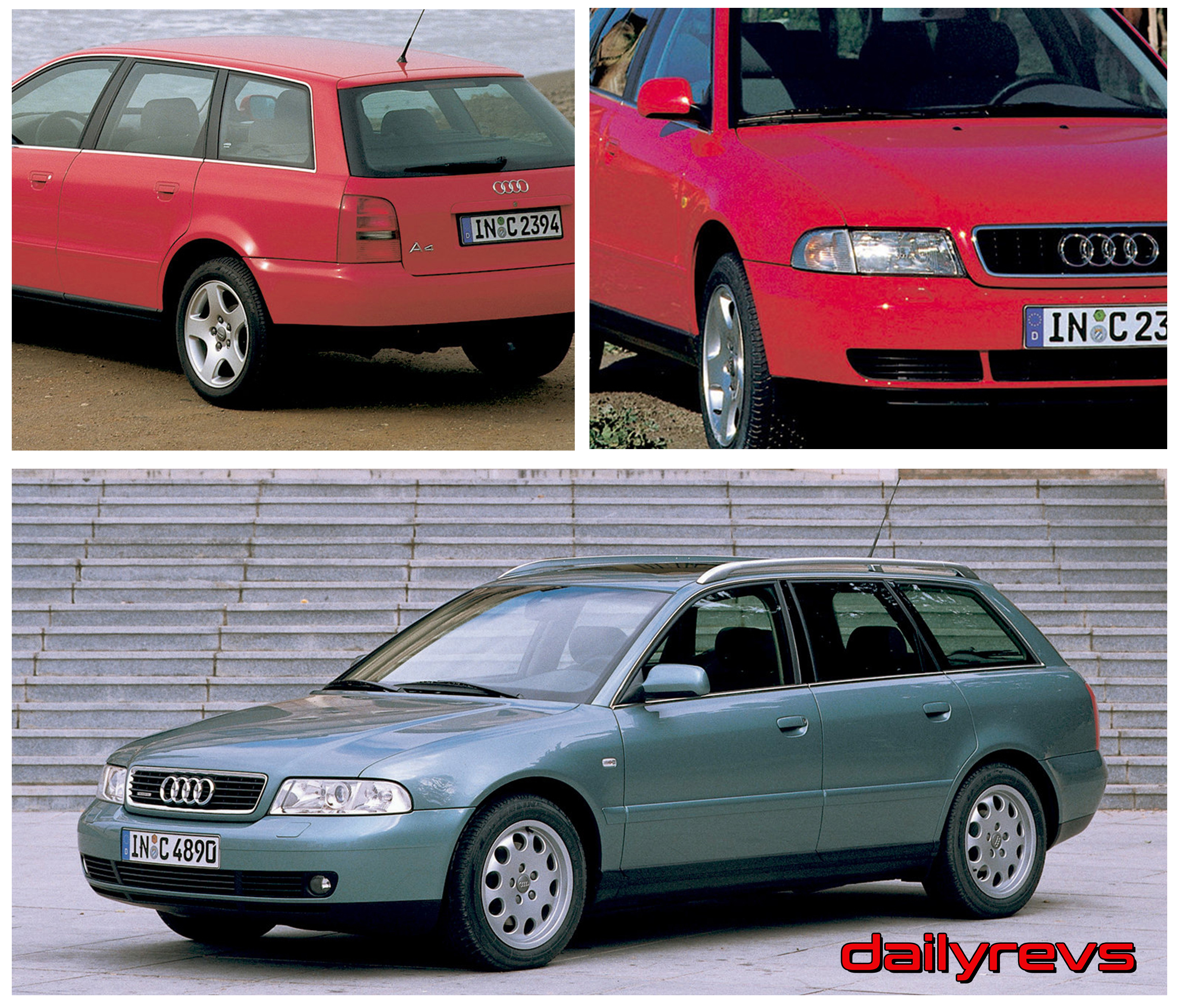 Audi also debuted their new Tiptronic transmission on the B5 platform, based on the unit Porsche developed for their 964-generation 911. The transmission is a “manumatic”, meaning it offers the driver a choice of driving the car as either an automatic or a clutchless manual.

The B5 A4 is arguably a watershed model for Audi. Previously regarded as somewhat of a bit-player in the luxury car segment, the massive improvement in quality and engineering with the B5 A4 made buyers realise that there was now a marque other than BMW and Mercedes. Combined with the radical TT concept (later a production car), Audi emerged as a leader in the luxury car market.

Audi refreshed the model in the 1997 Frankfurt Motor Show, with sales beginning in Europe in early 1998. Besides the introduction of a 2.4 L 30-valve V6 (replacing the outdated 2.6 V6), the most important additions to the range were the 2.5 L V6 TDI engine with 150 PS (110 kW) and standard quattro and a 6-speed gearbox, as well the new high-performance S4, now part of the A4 lineup (the previous S4 had been a Audi 100). New taillights, headlights, door handles, and other minor exterior/interior changes rounded out the cosmetic updates.

In 1999, Audi debuted an even higher performance model, the RS4, like its predecessor RS2 available only in the Avant body.