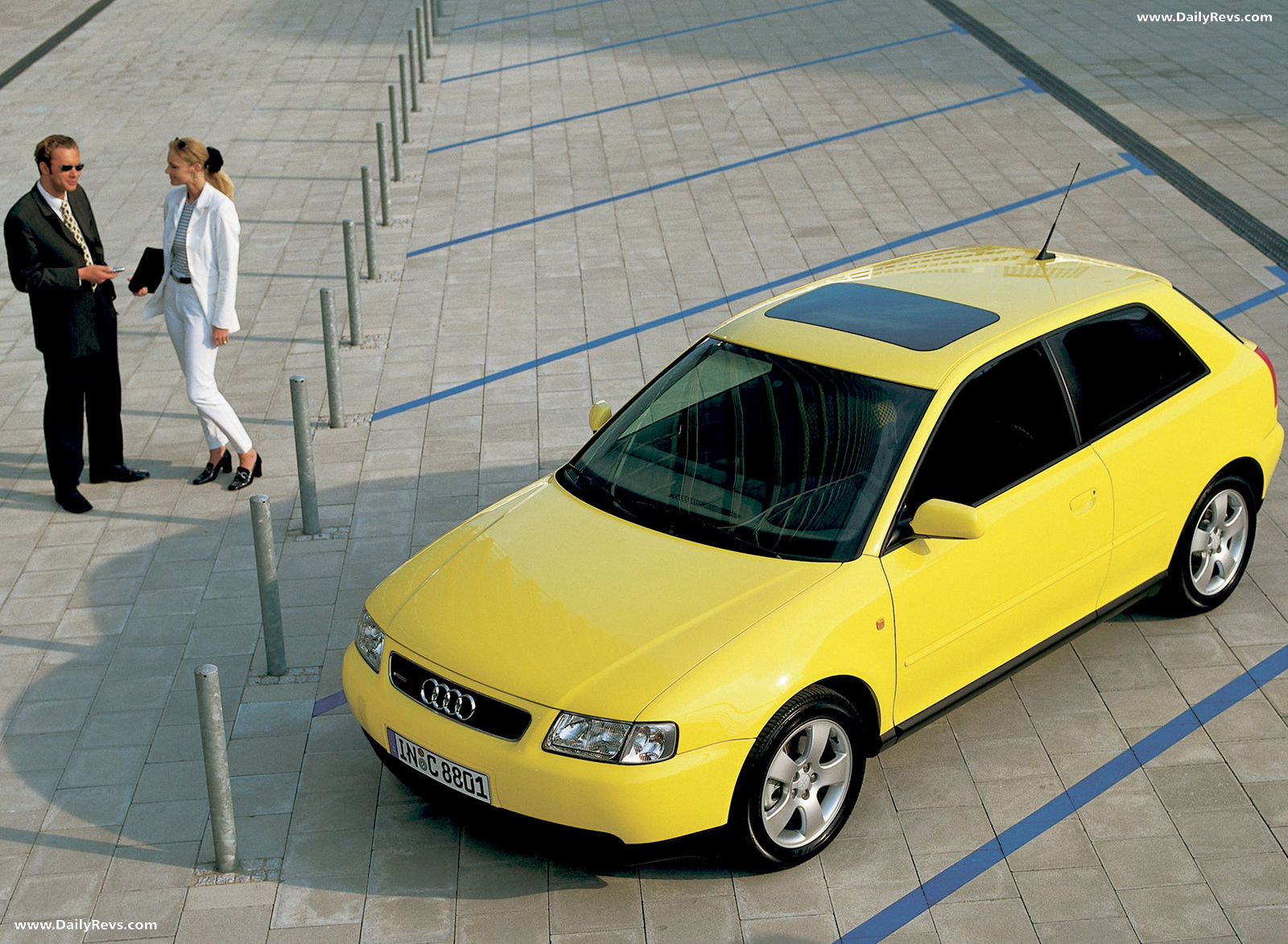 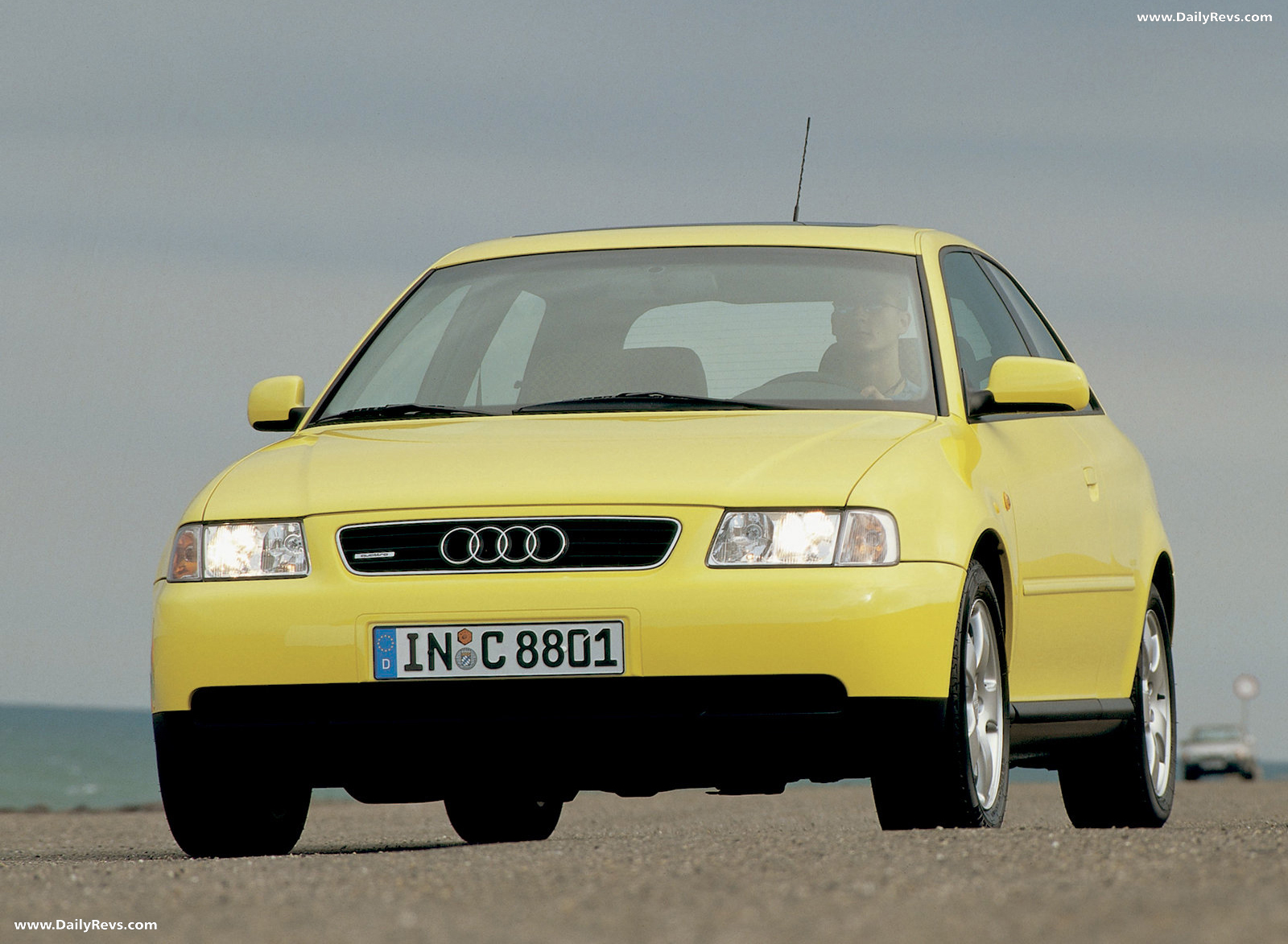 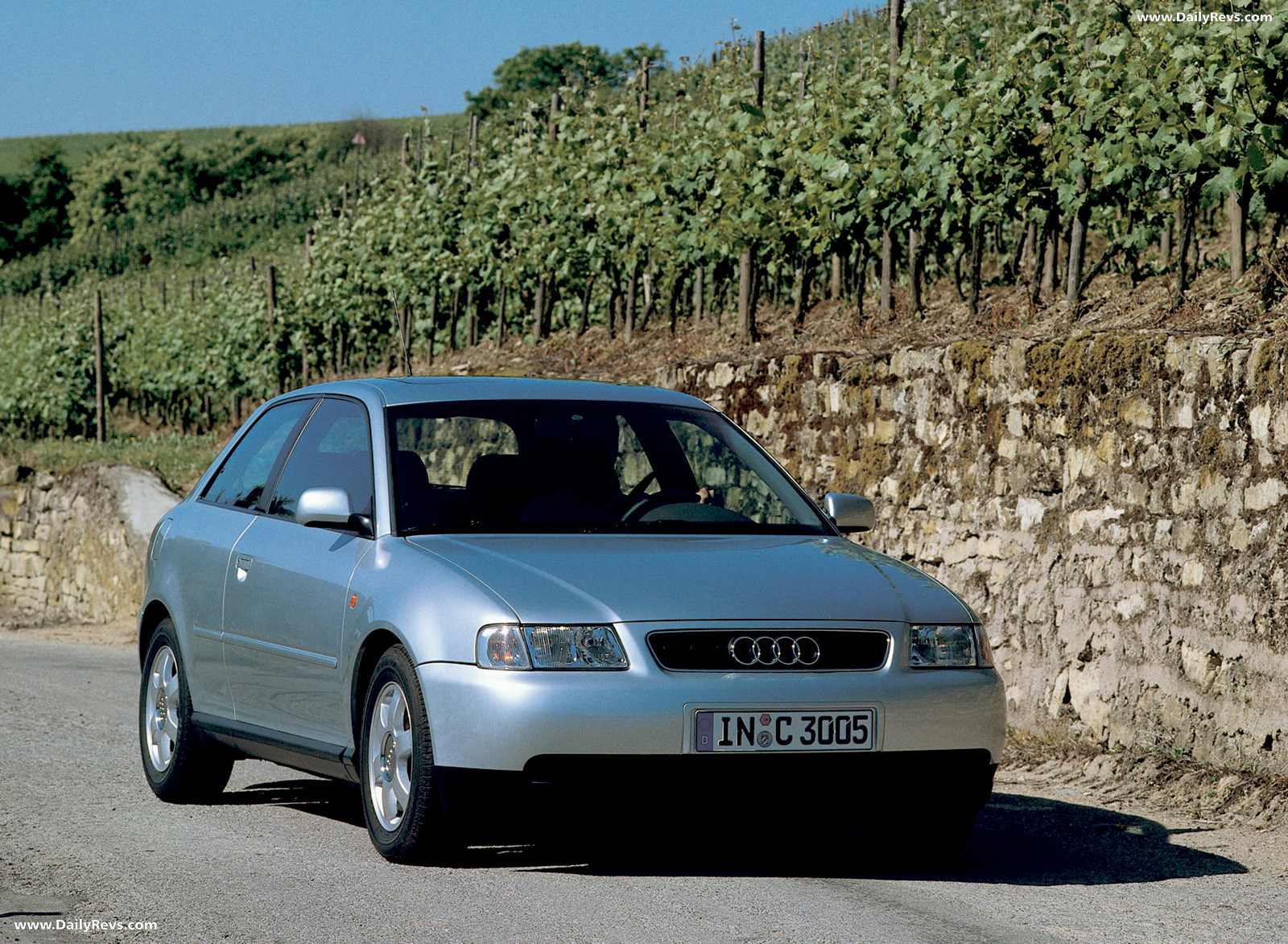 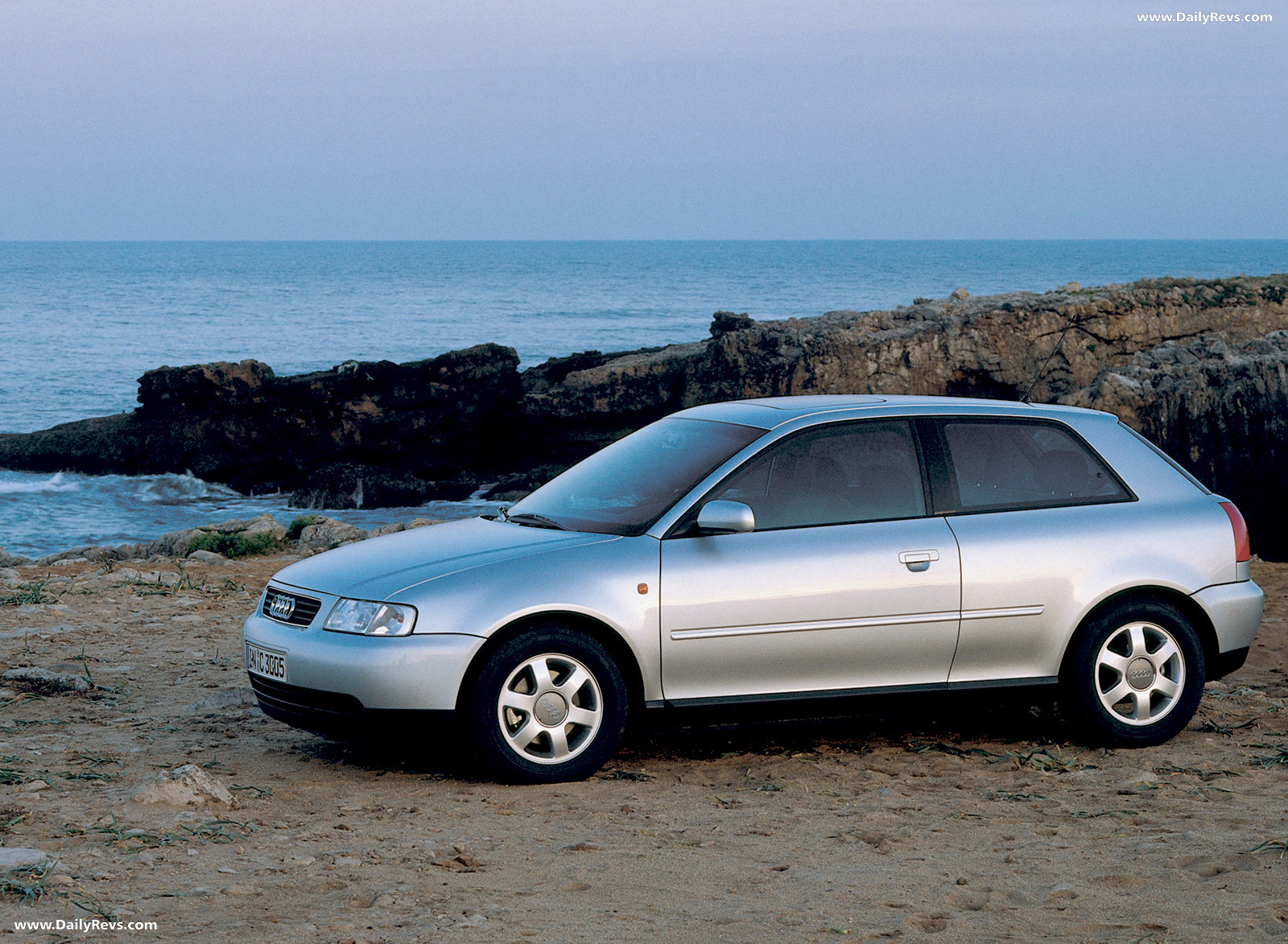 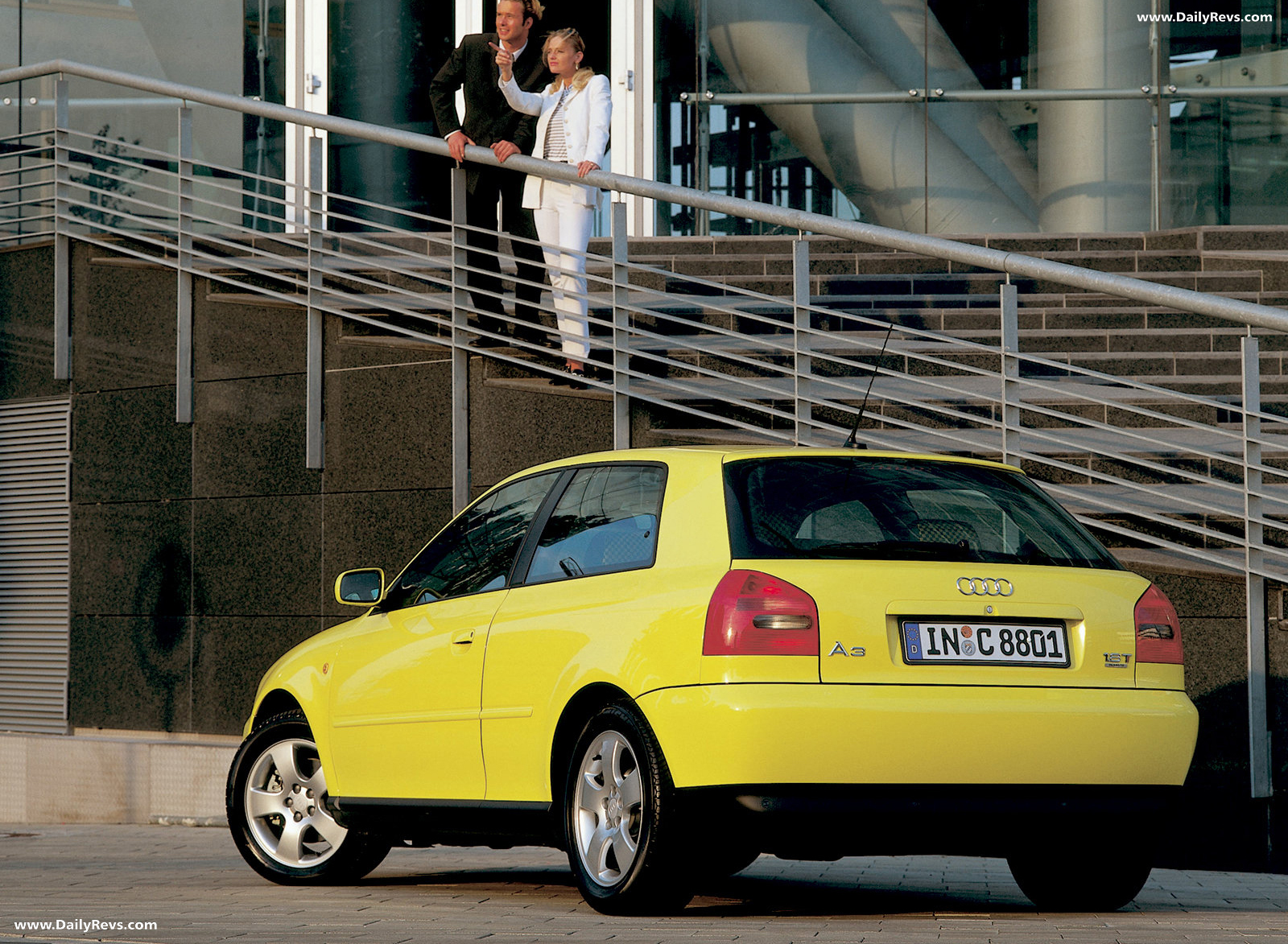 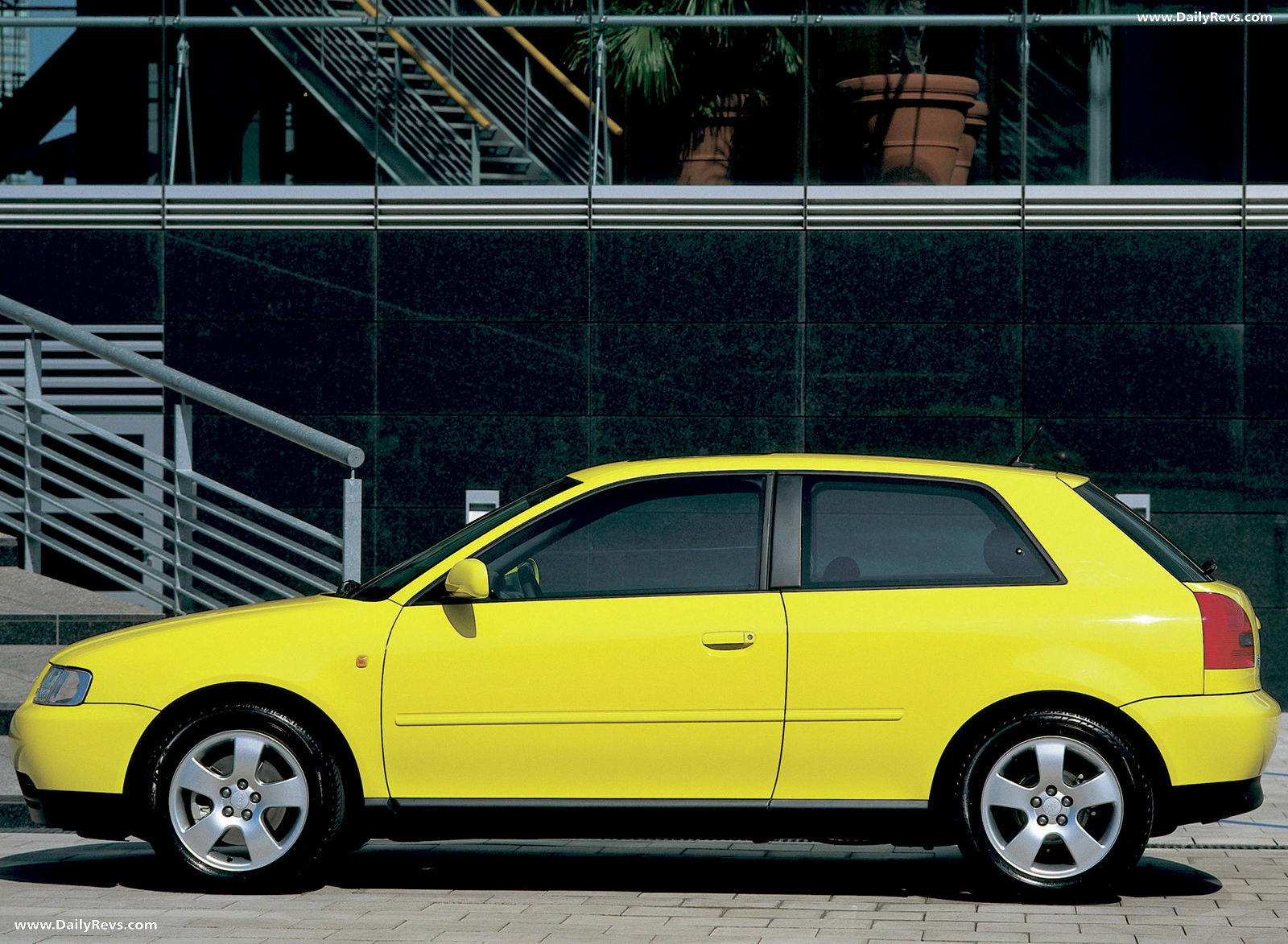 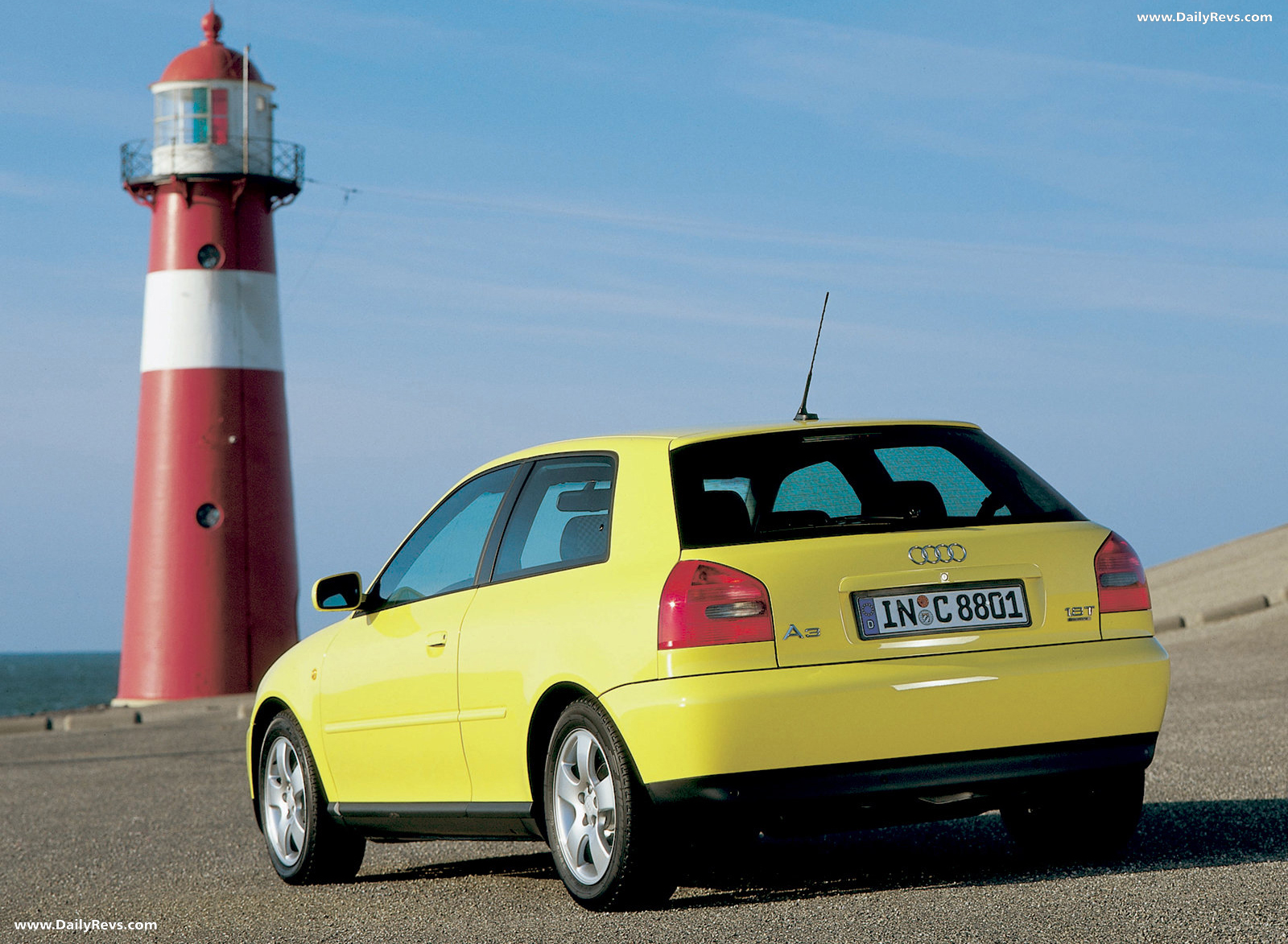 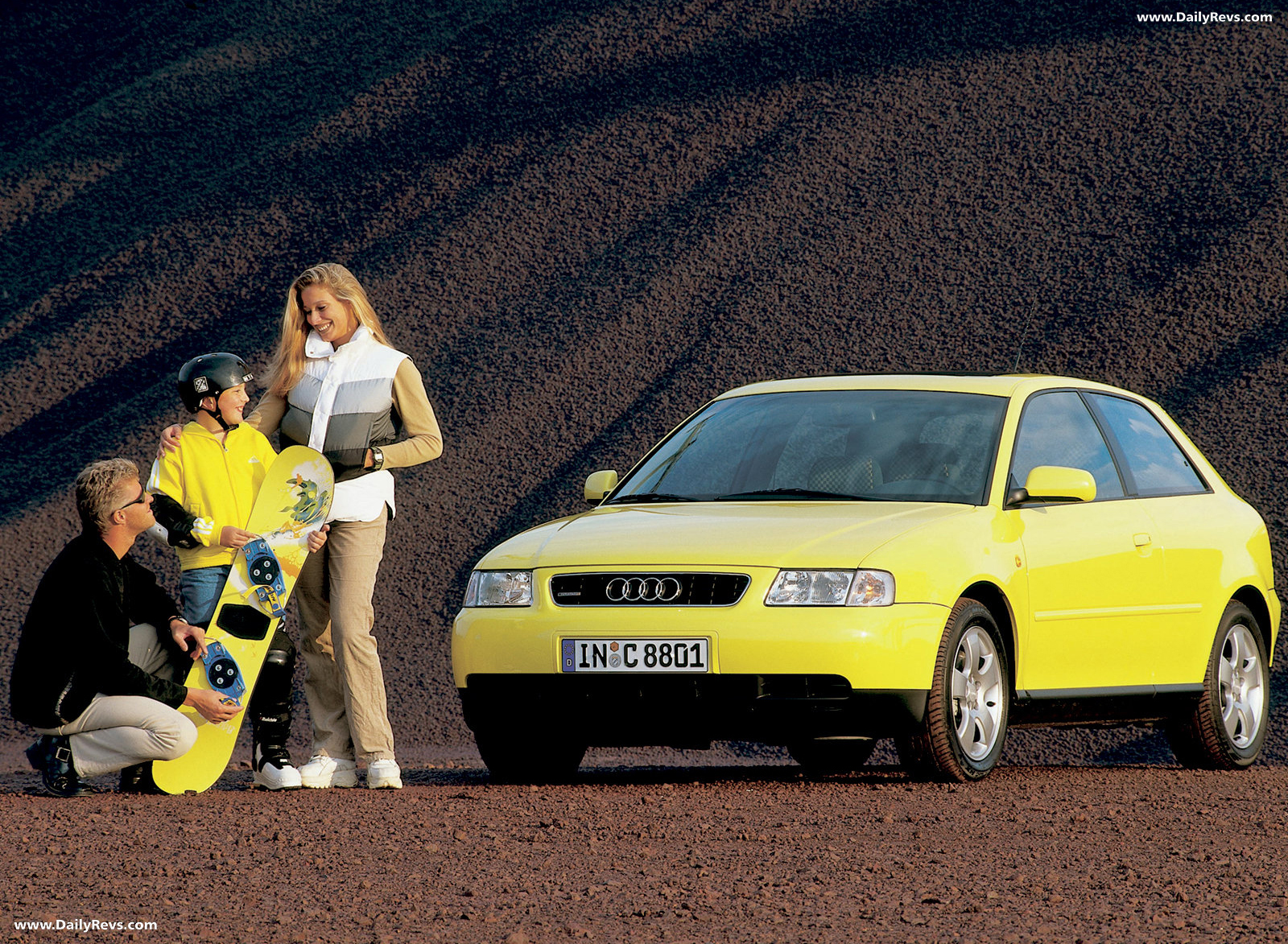 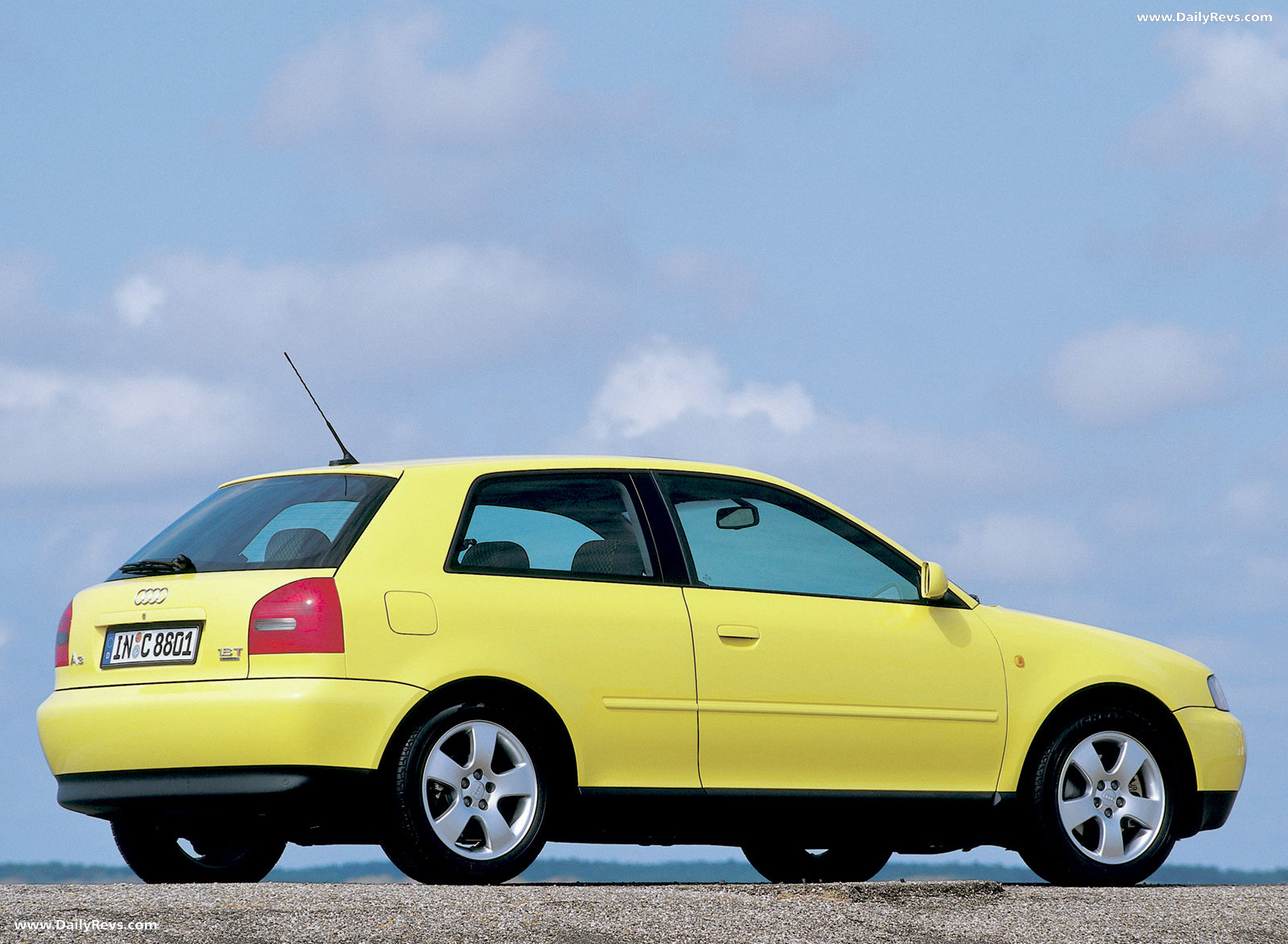 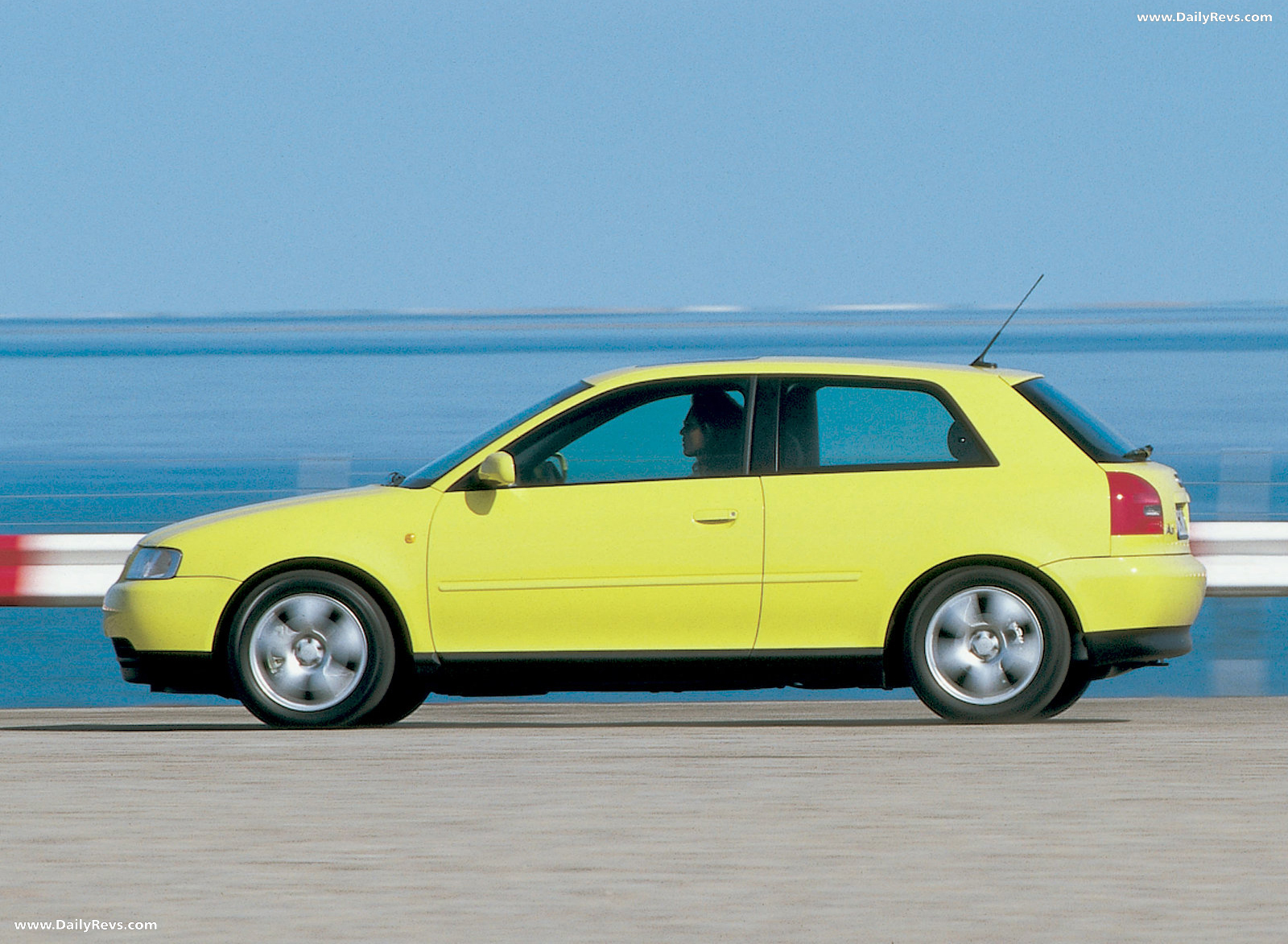 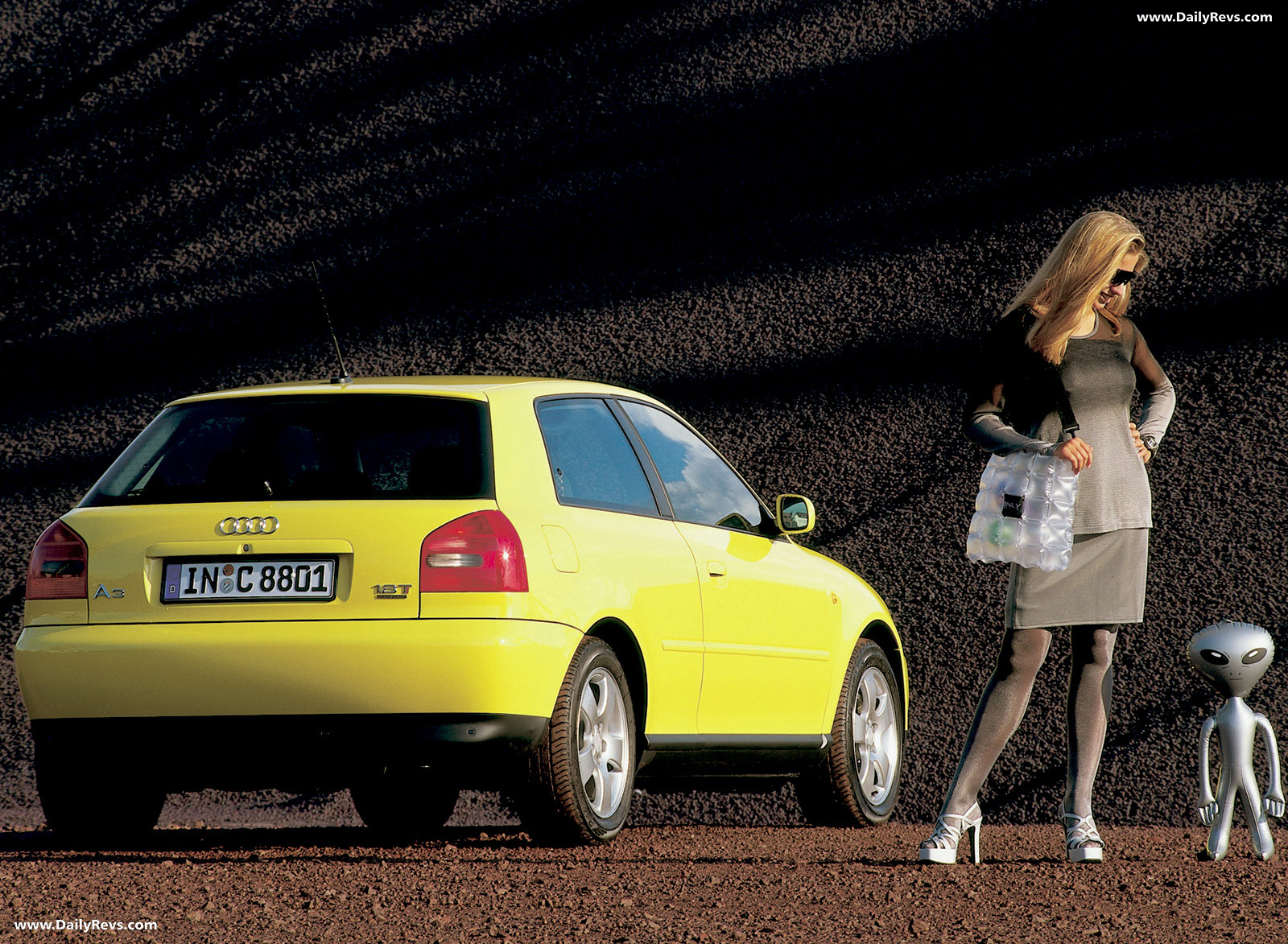 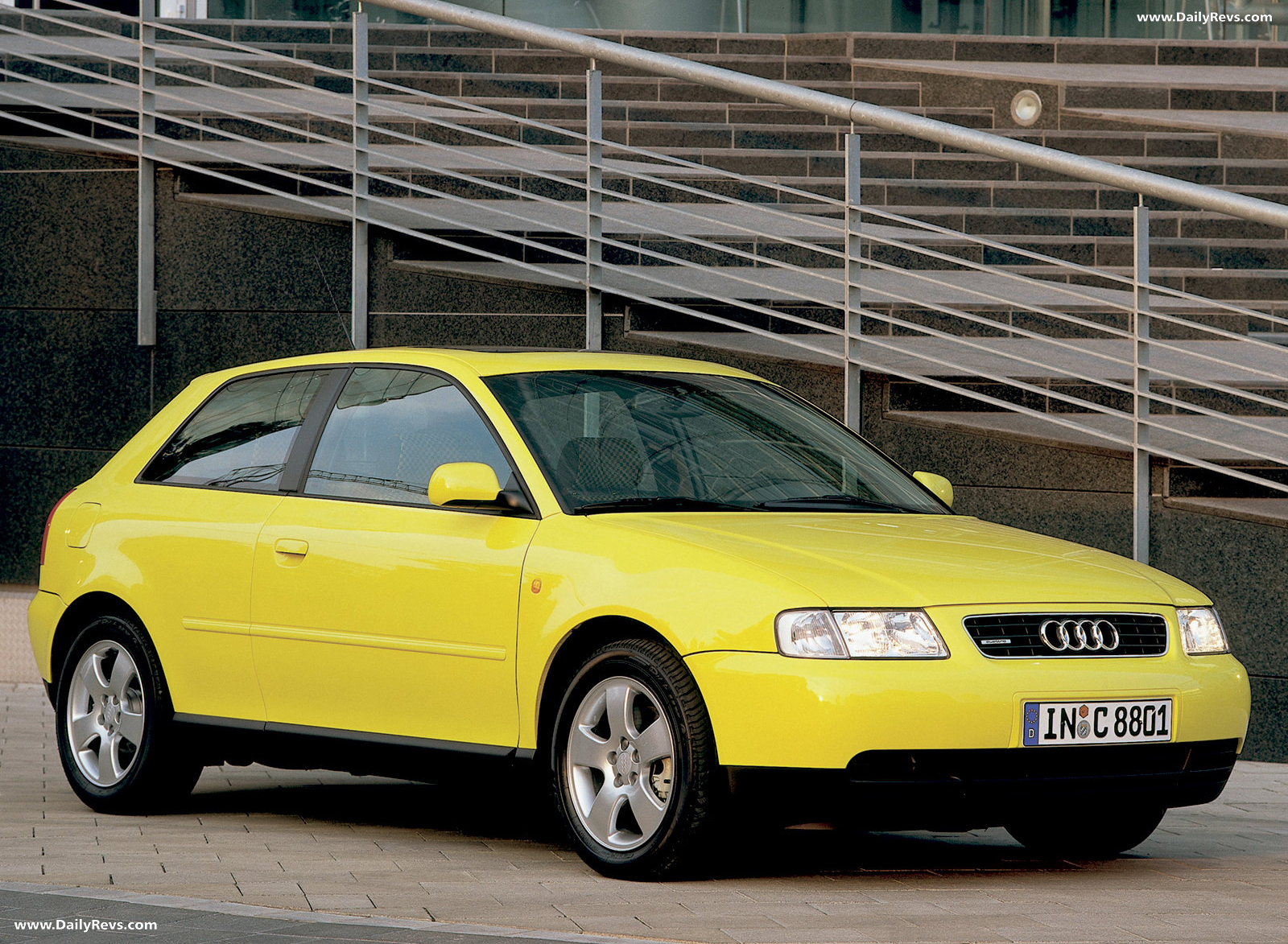 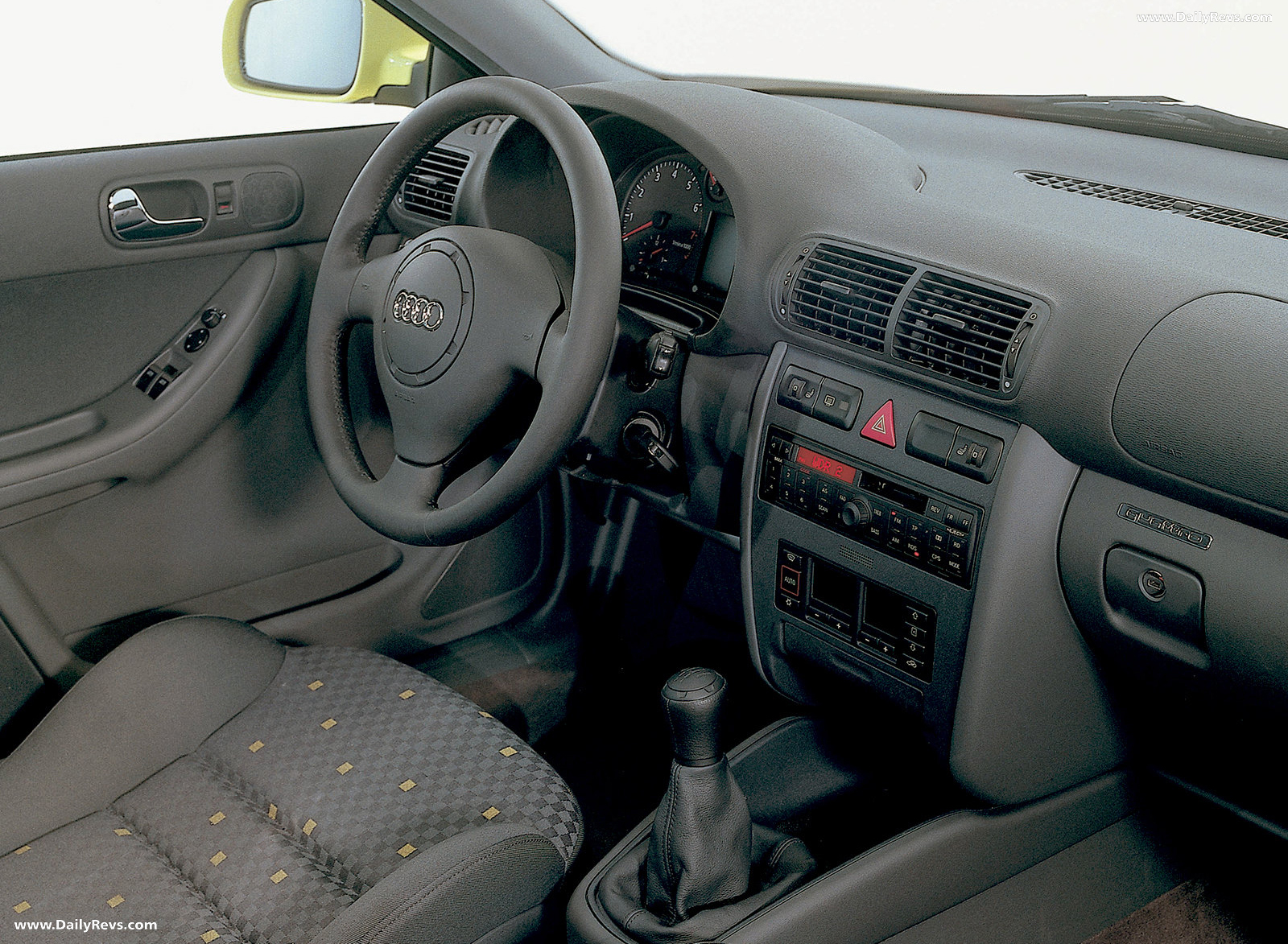 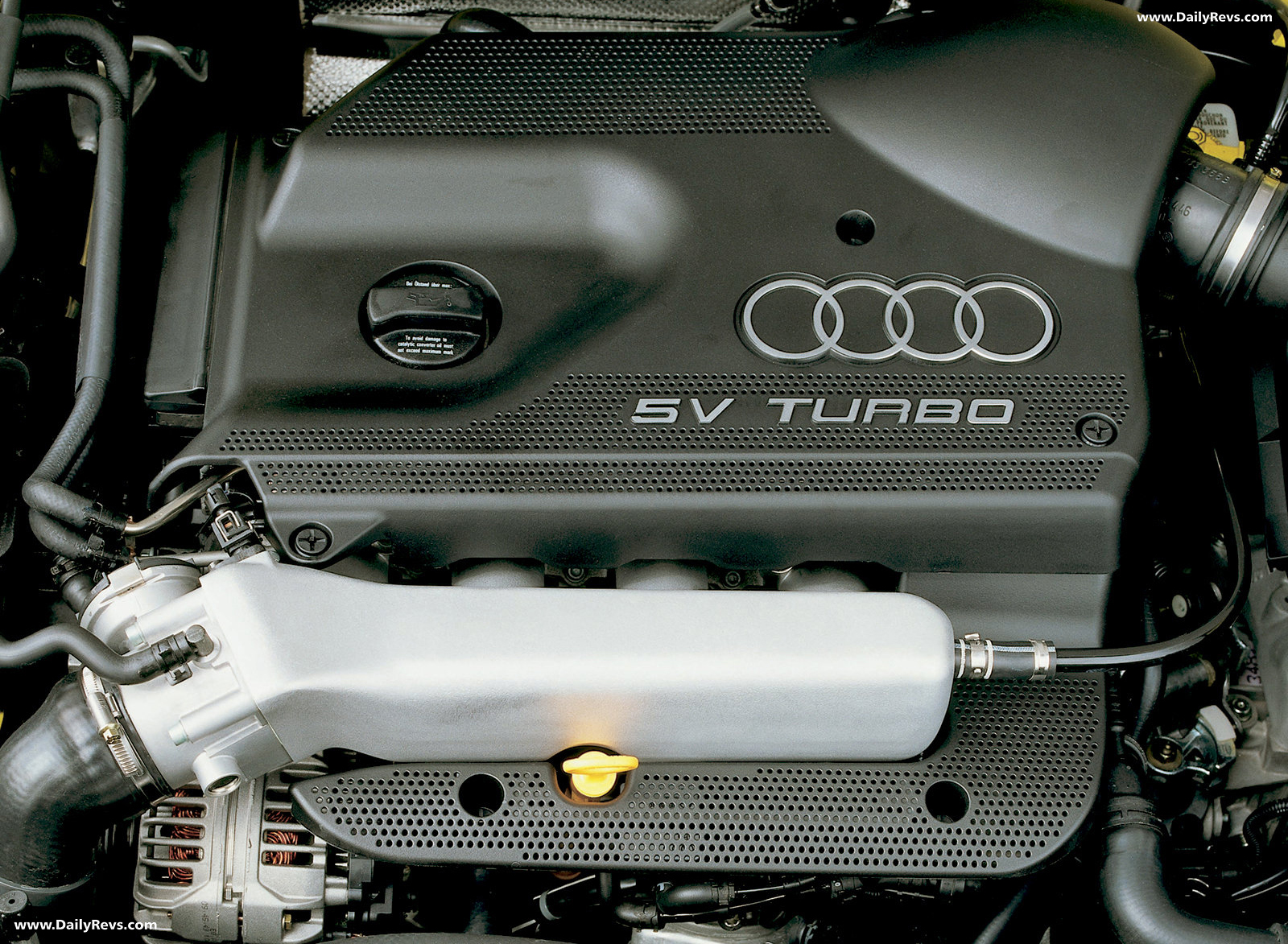 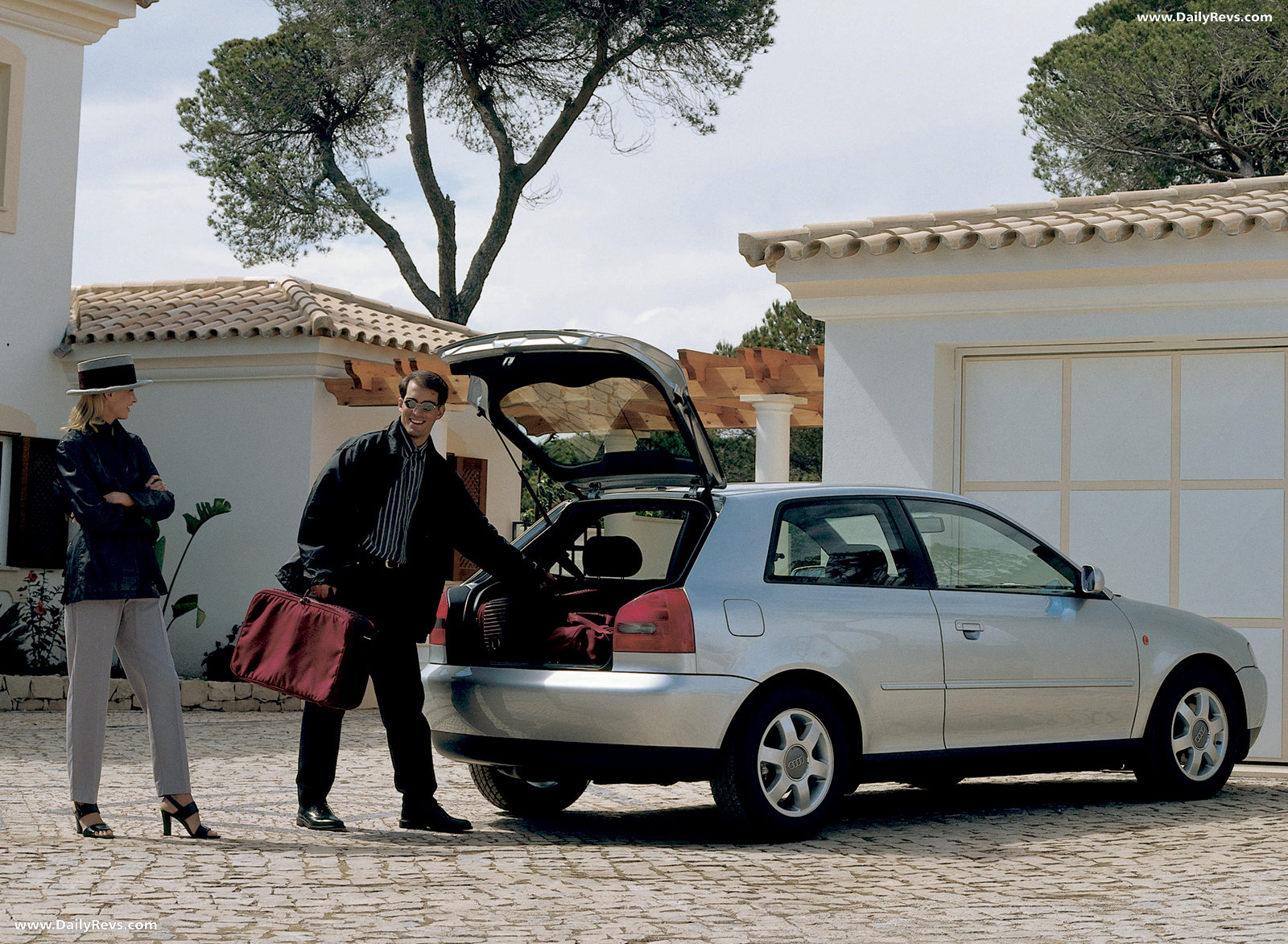 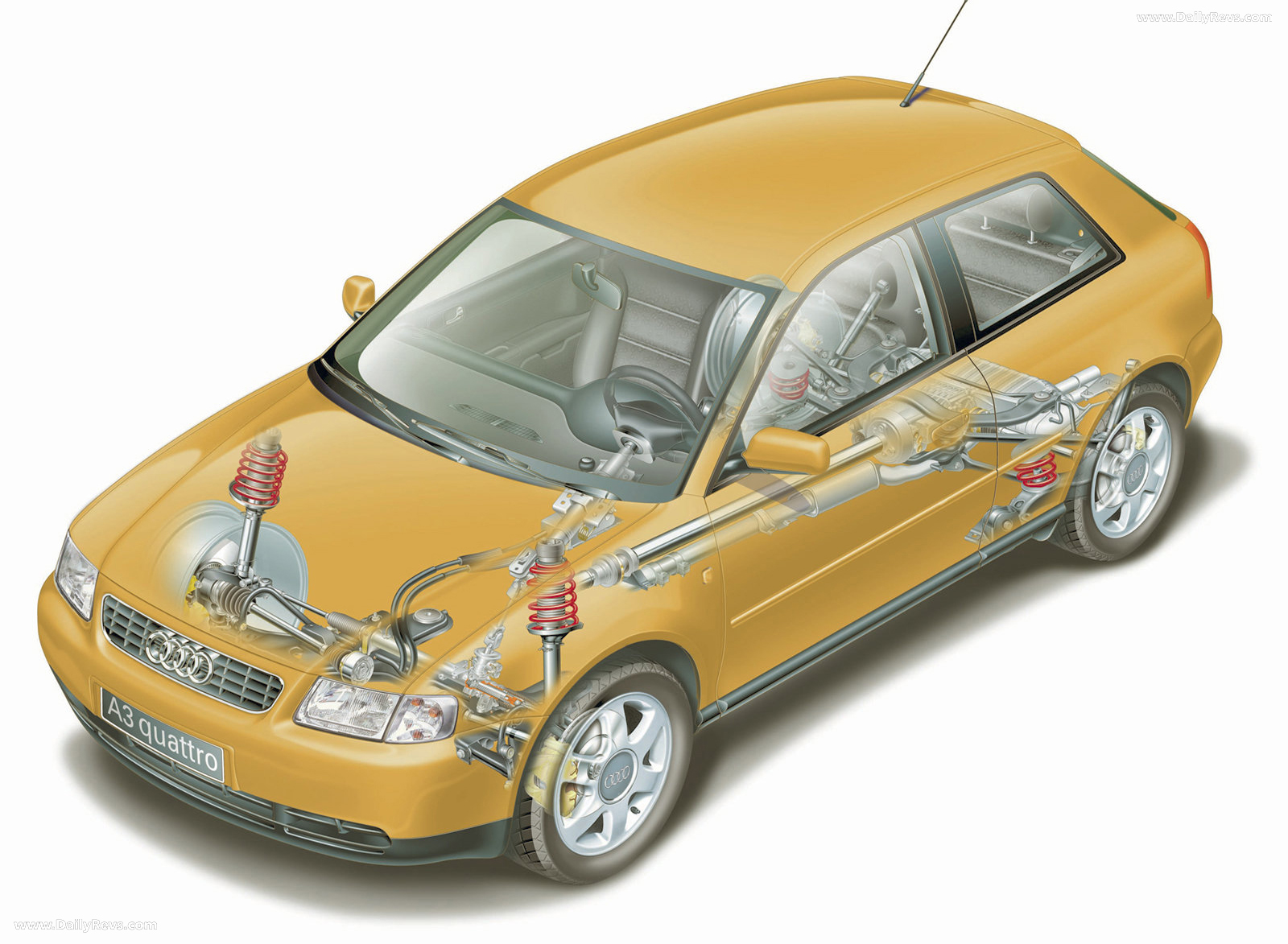 The original A3 (or Typ 8L) was introduced in the European market in 1996, marking Audi’s return to the lower market segments since the demise of the Audi 50. Using the VW Golf’s platform, it bears a natural close resemblance to its contemporary, the Golf Mk. IV. The car was initially available only with a three-door hatchback body, in order to present a more sporty image than the Golf, in both front- and four-wheel drive. All engines had a four-cylinder configuration and were transversally mounted. After the A4, the Audi A3 was the second model in the Audi lineup to use five valves per cylinder. 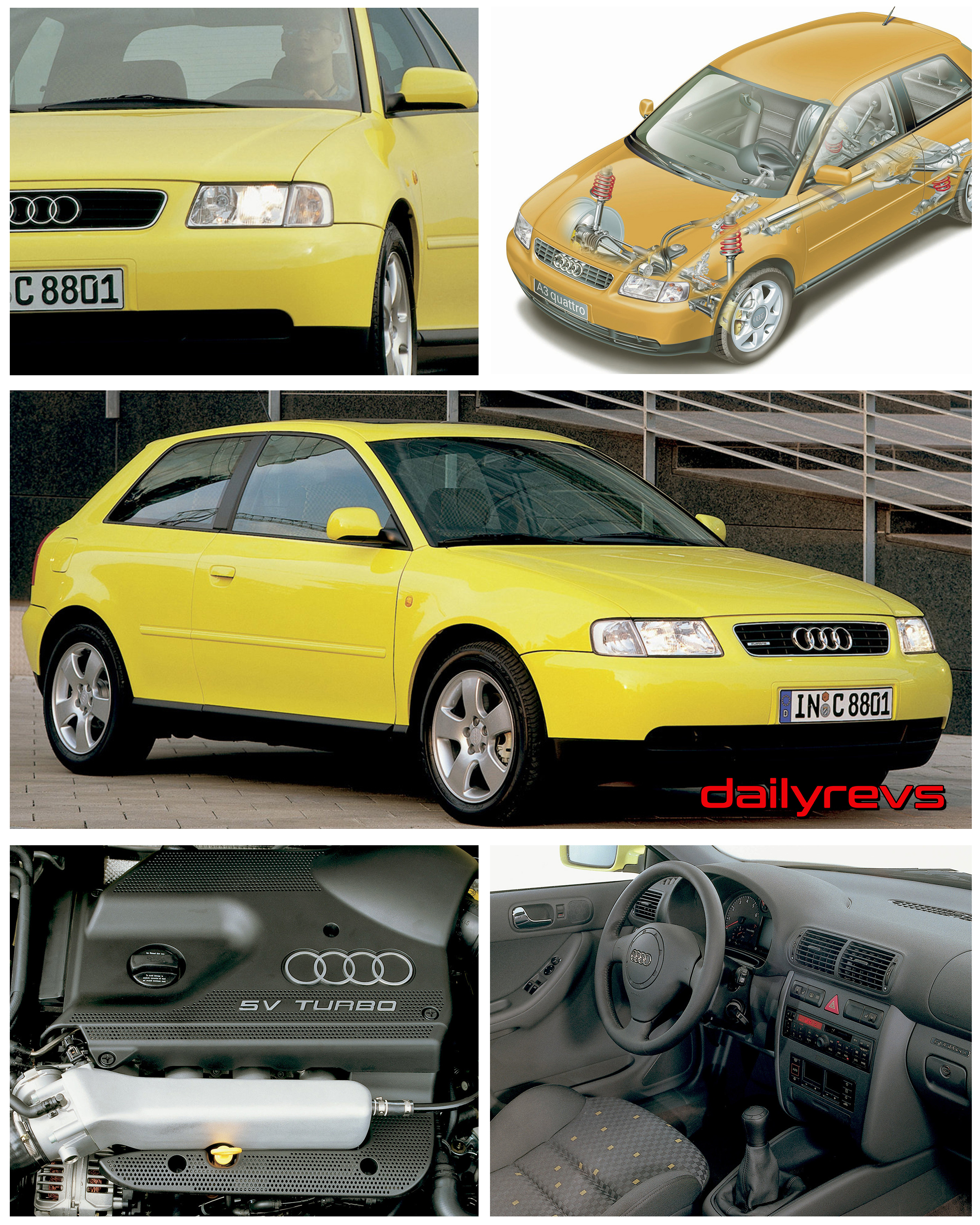 In 1999, Audi expanded the range with the introduction of an entry level model (1.6 L), a sporty version (1.8 Turbo with 180 PS (132 kW)) and a more powerful Diesel (1.9 TDI with pumpe-düse technology and variable geometry turbocharger). The four-wheel-drive A3 1.8T Quattro used either the 150 hp (110 kW) and 180 PS (132 kW) and the same Haldex-based all-wheel drive system as the Audi S3 and the original Audi TT. 1999 was also the year Audi was forced to bow to market demands and introduced a hastily conceived five-door body, that the company had never intended to produce.

In late 2001, the A3 range was revised with new light clusters, an improved interior, and the introduction of a six-speed manual gearbox, on the 180 PS 1.8 Turbo and the brand new 130 PS (96 kW) 1.9 TDI. Audi’s ESP (Electronic Stability Program) traction-control and brakeforce distribution computer became standard equipment.

Although the Audi A3 was replaced in Europe during 2003, the first generation model continues to be sold in developing countries, most notably Brazil.