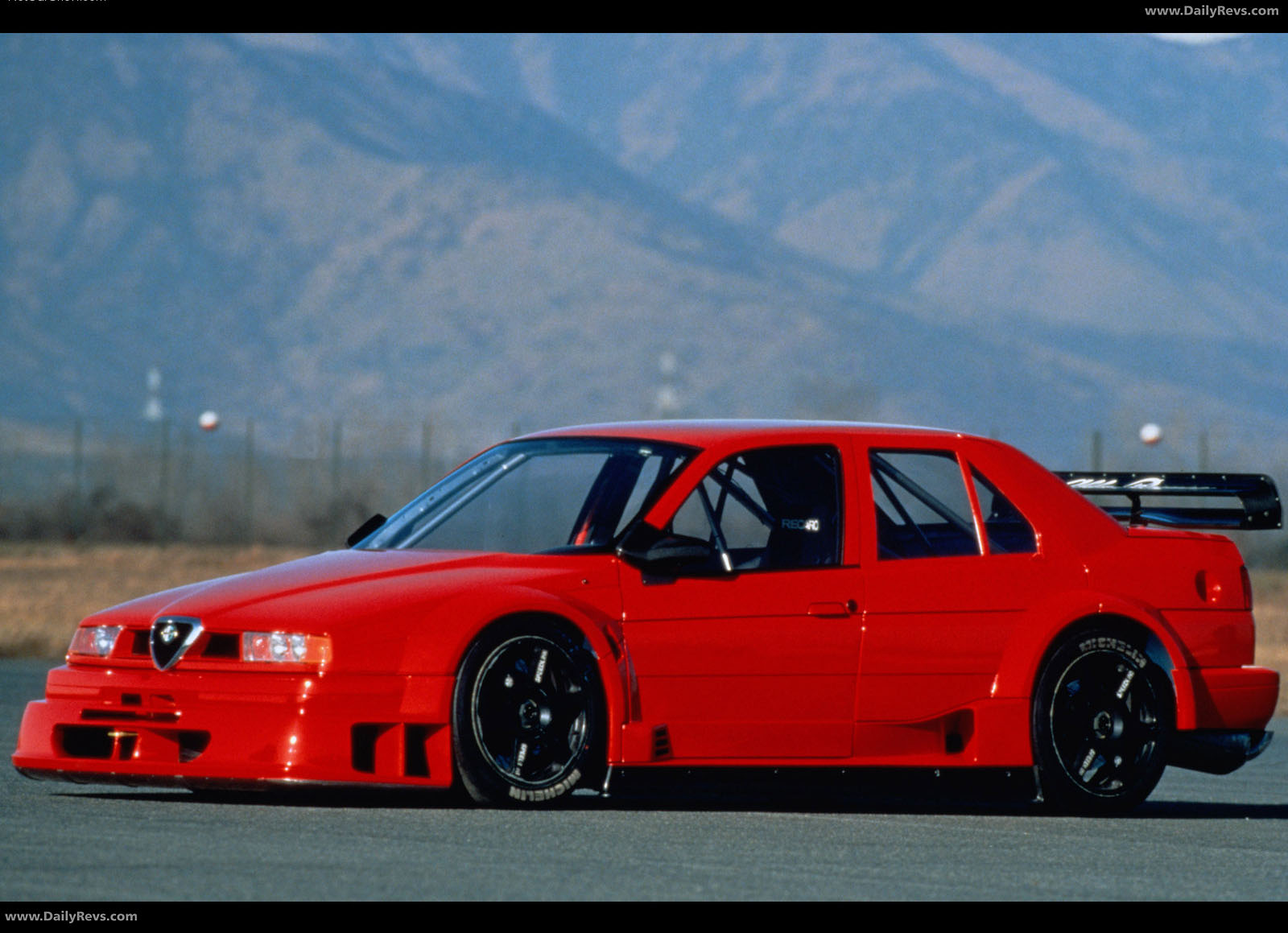 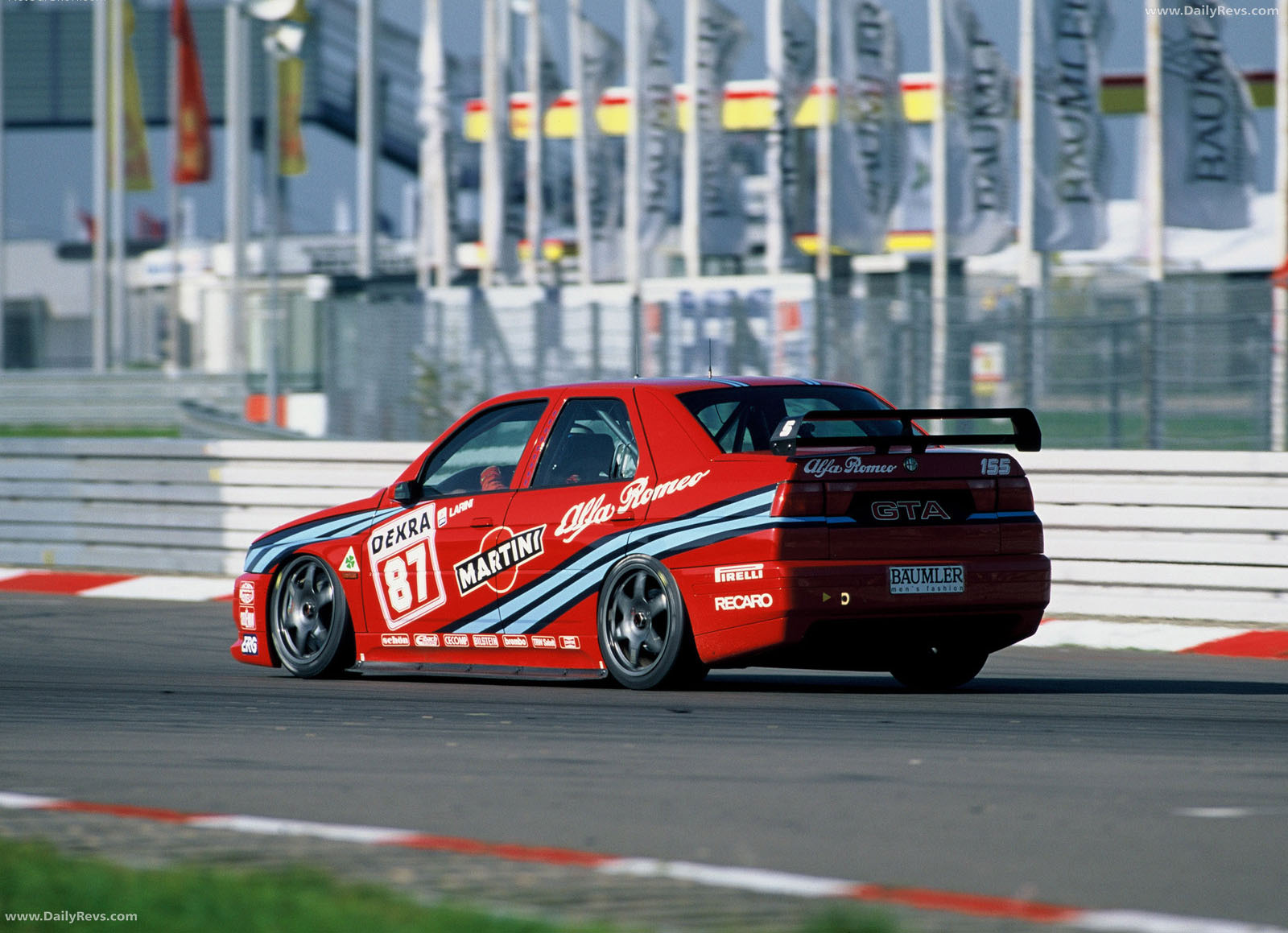 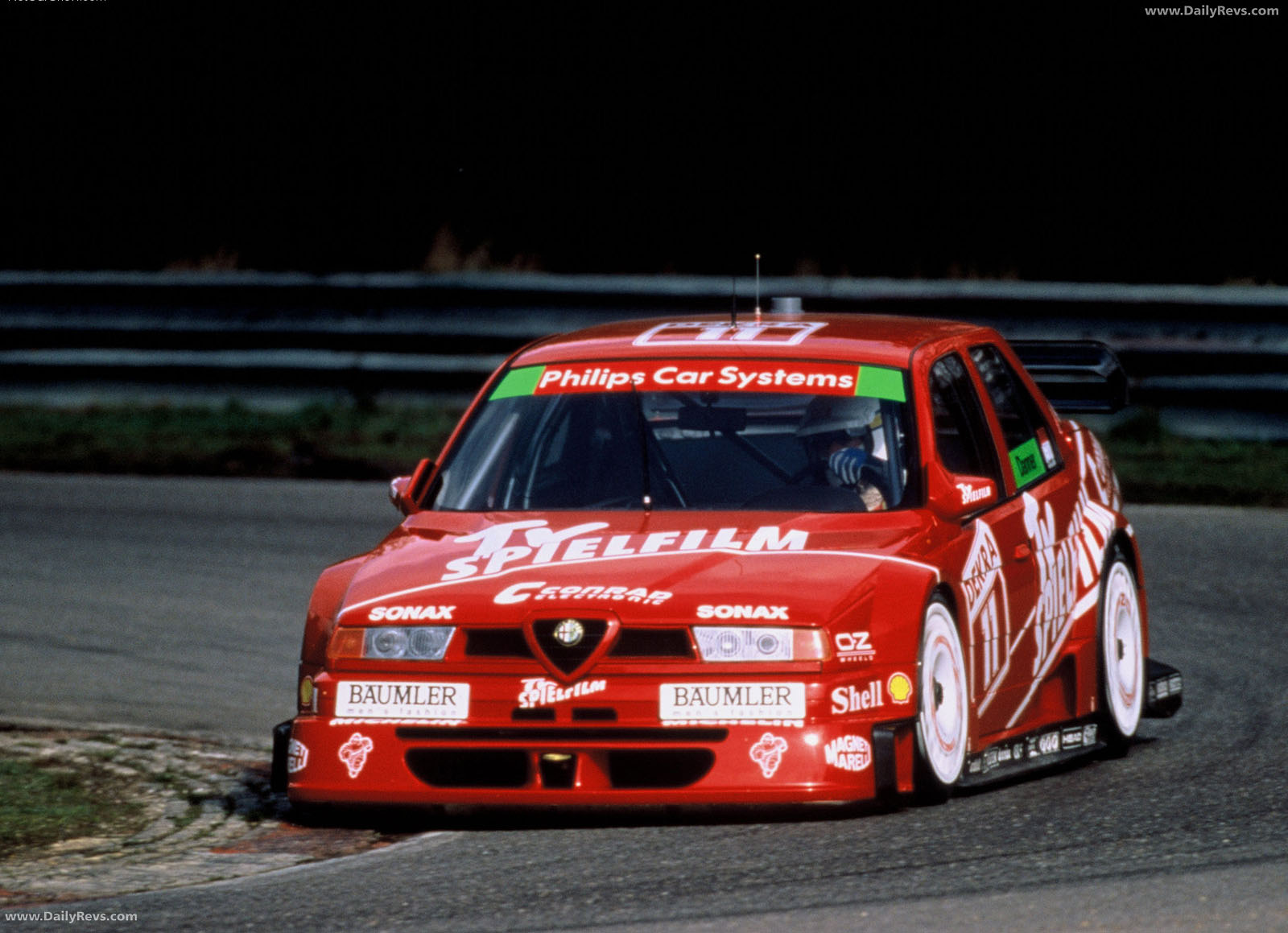 The Alfa Romeo 155 is a compact executive car produced by the Italian automaker Alfa Romeo between 1992 and 1998.

Built to replace the rear wheel drive Alfa Romeo 75 and based on the Fiat Tempra chassis, the Alfa Romeo 155 was somewhat larger in dimension than 75 but keeping somewhat similar styling, and using front wheel drive. Also available from 1994 was the 155 Q4 which had permanent four-wheel drive (as in Lancia Delta Integrale).

The Alfa Romeo 155 was available with 1.7 Twin Spark, 1.8 Twin Spark and 2.0 Twin Spark petrol engines, the latter two with variable valve timing. Two four-cylinder turbo diesel engines, a 1.9 (92bhp) and a 2.5 (125bhp) were available in some markets (but not the United Kingdom, however the Republic of Ireland got this version). At the top of the Alfa Romeo 155 range were the 2.5 V6, using an engine derived from the 3.0 V6 used in the 164, and the Q4, which used drivetrain derived from the Lancia Delta Integrale, including a 190bhp 2.0 16V turbocharged engine and permanent four-wheel drive. The Q4 also incorporated three differential gears (normal at the front, epicyclic at the centre (including a Ferguson viscous coupling) and torsen self-locking at the rear). Both the 2.5 V6 and Q4 models were also available with electronically adjustable suspension with two damper settings (automatic and sport).

In 1995 the Alfa Romeo 155 was given an extensive revamp giving the car wider front and rear wheel bases. Other changes included a multi-valve cylinder head incorporated into the Twin Spark engine and revised steering rack and suspension. Series 2 155s can be distinguished from their earlier counterparts by their flared front wheel arches. The engine range was also altered, with the 1.8 and 2.0 being upgraded to 16 valves, and the 1.7 replaced by an all-new 1.6 16v. Some versions in the Republic of Ireland got a 1.8 non-16v version. 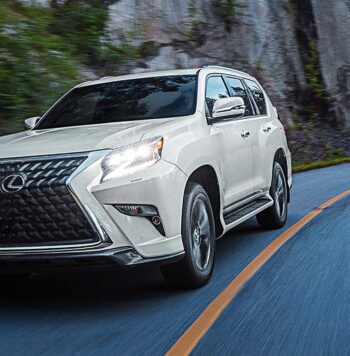 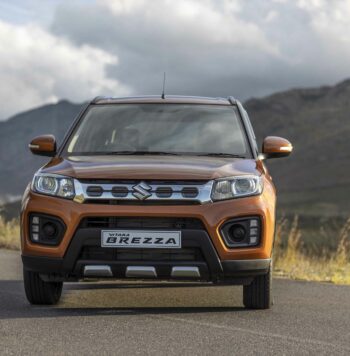 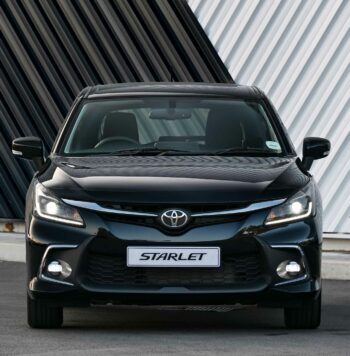