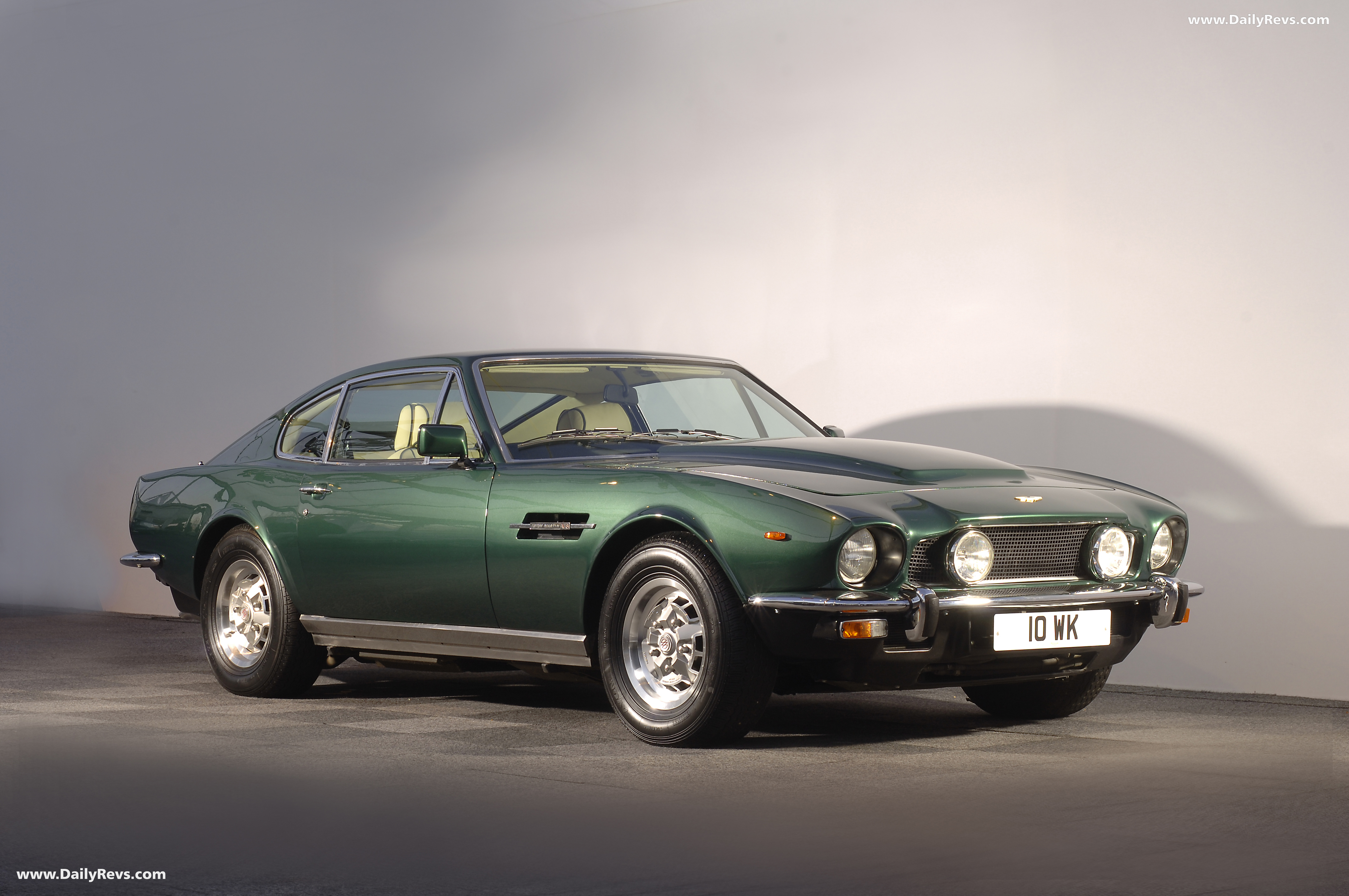 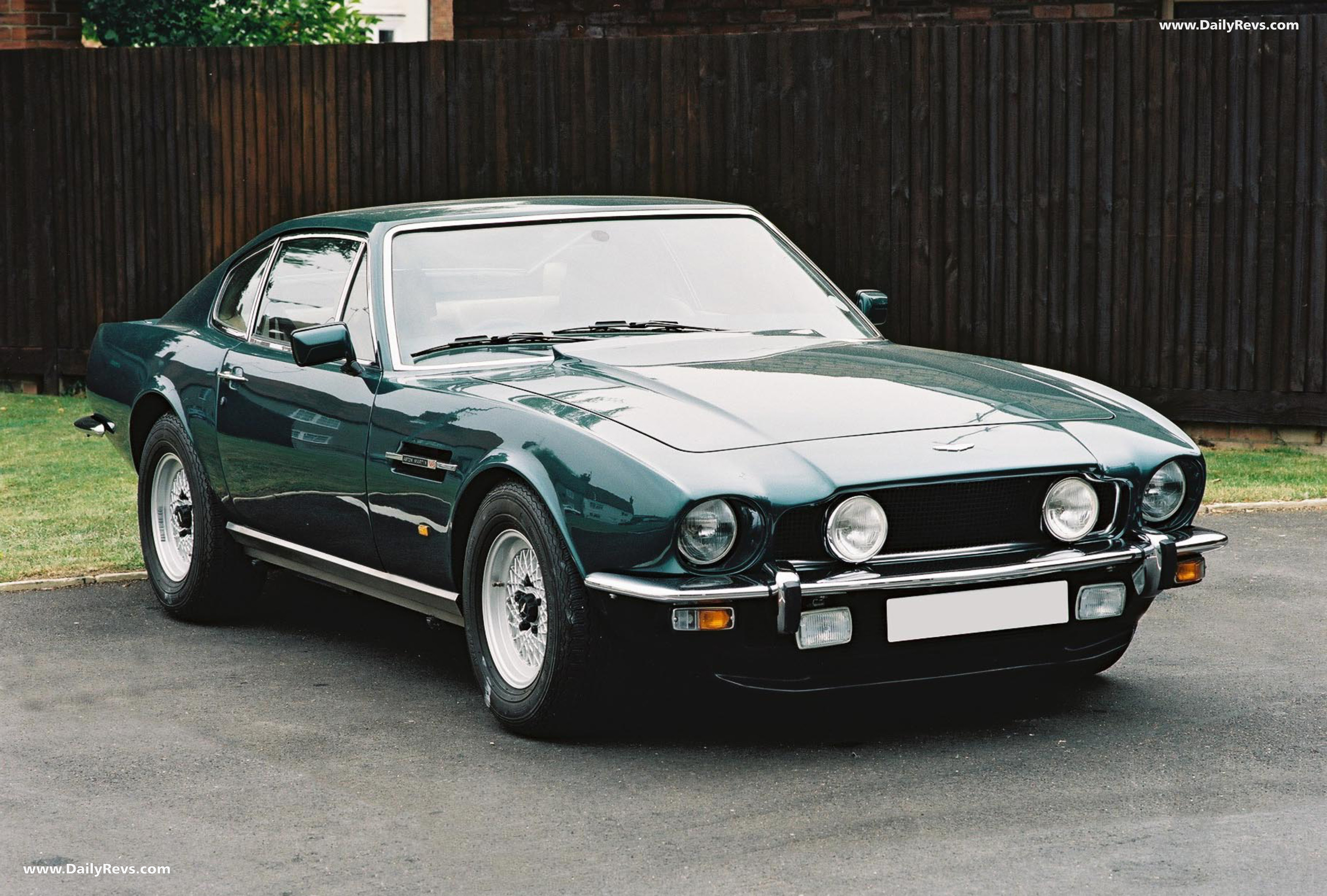 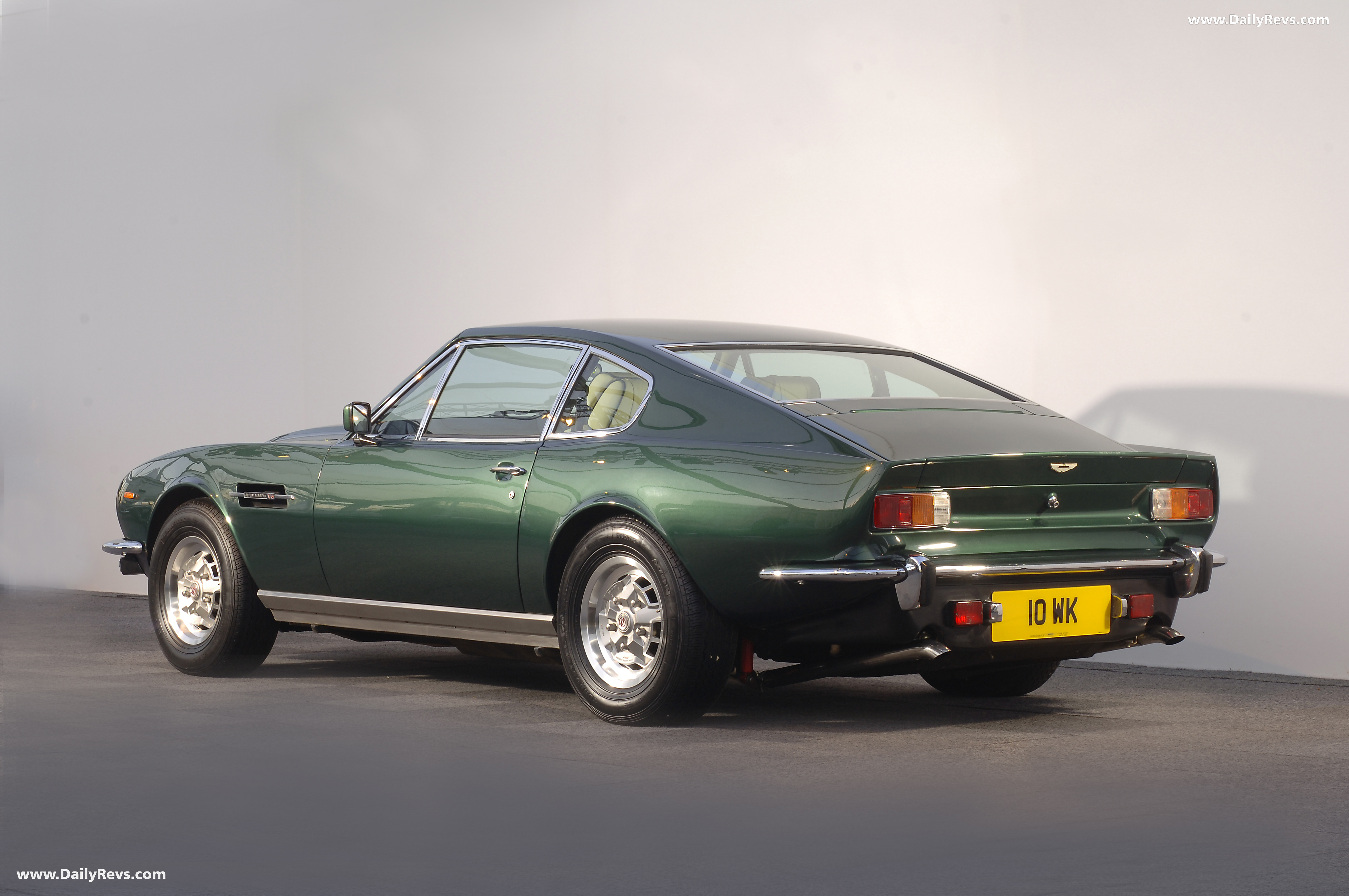 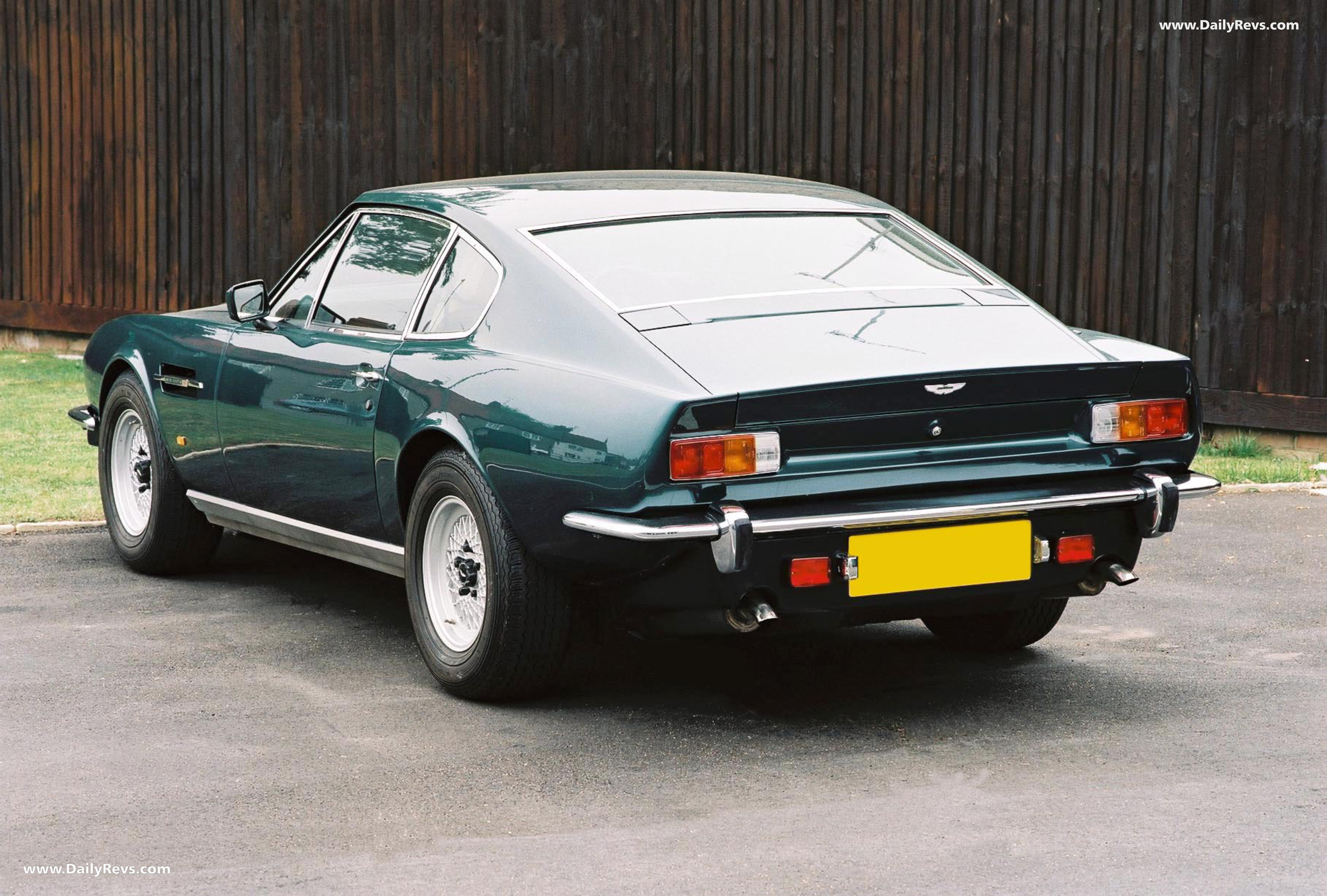 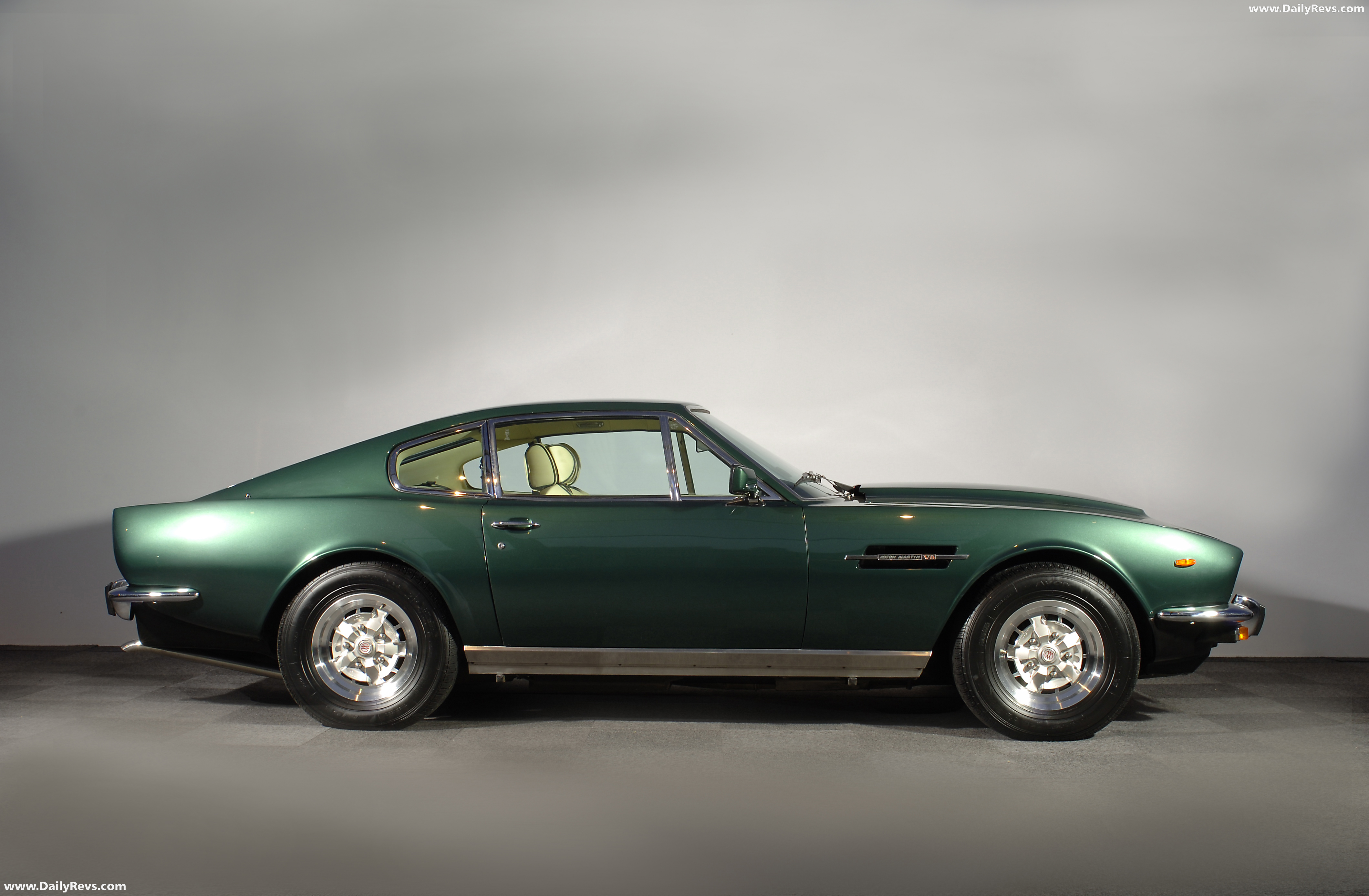 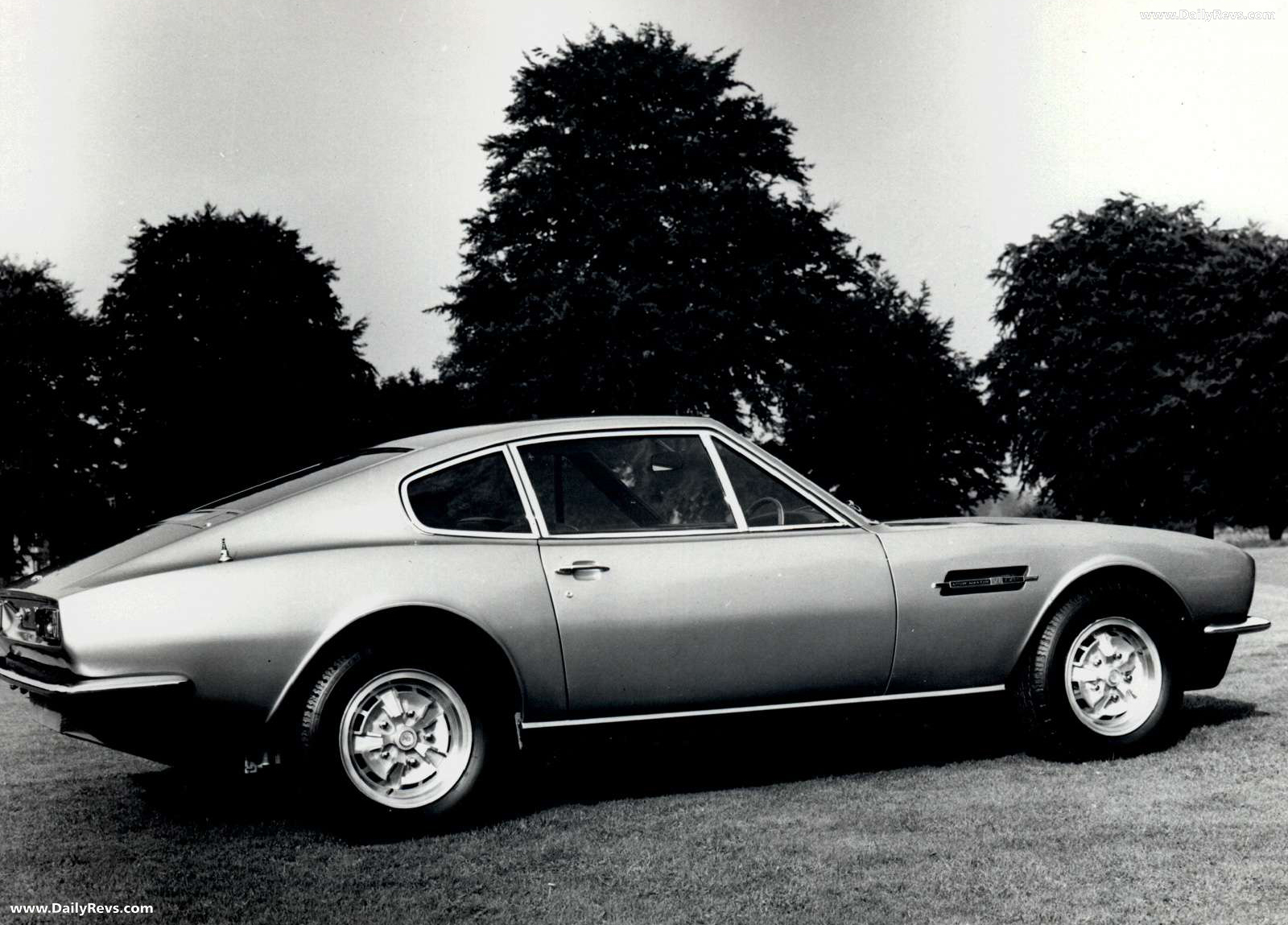 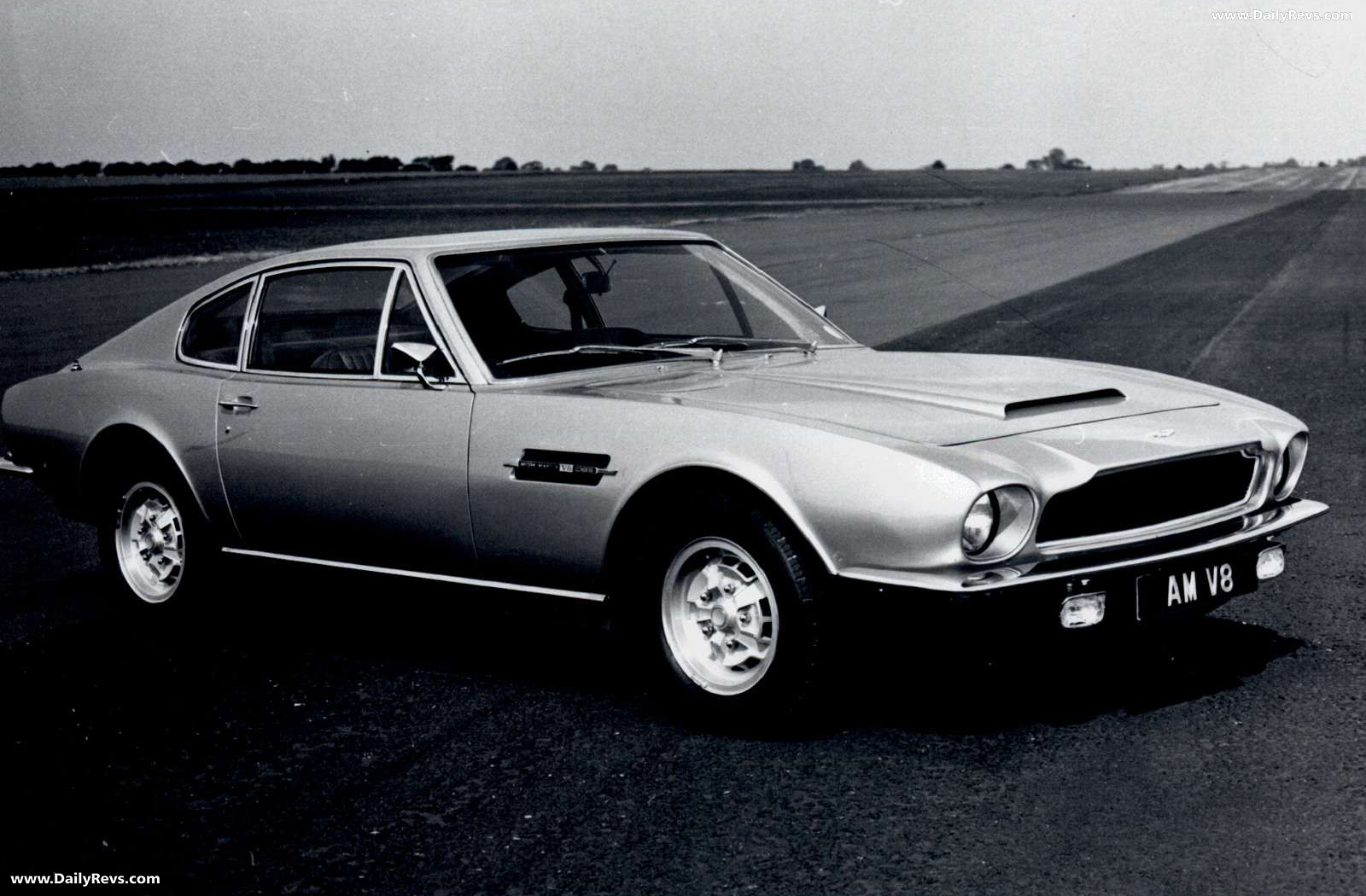 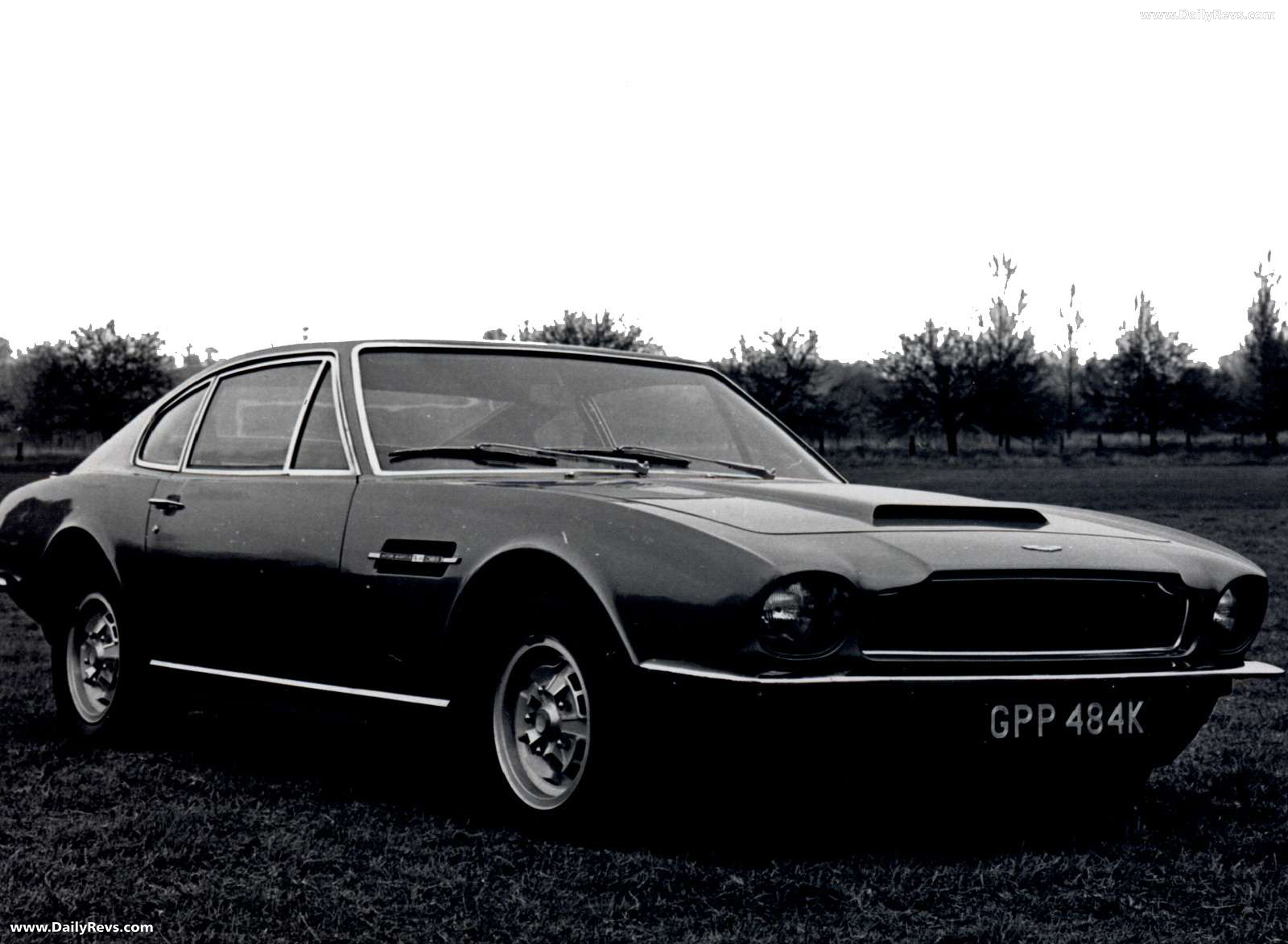 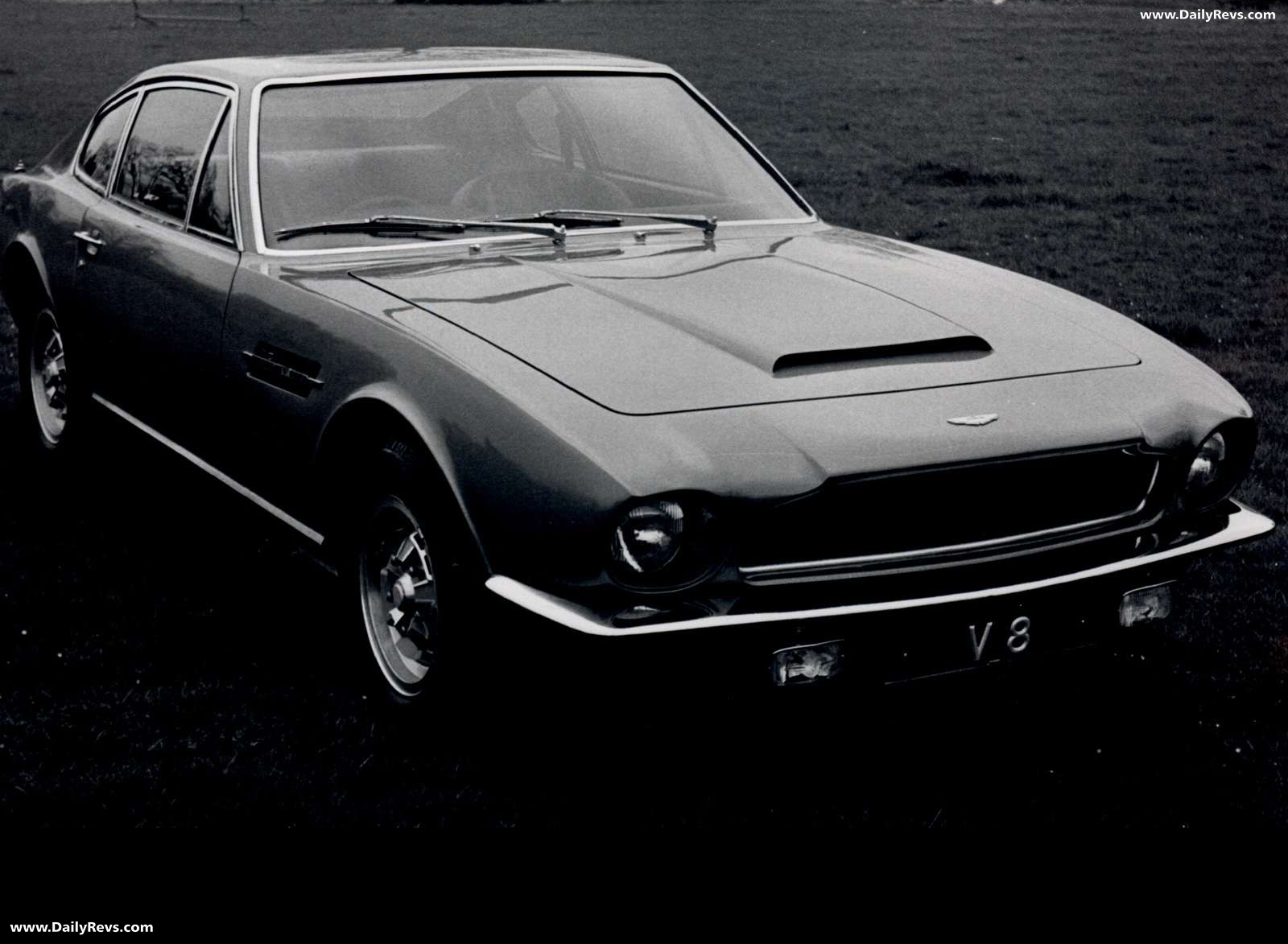 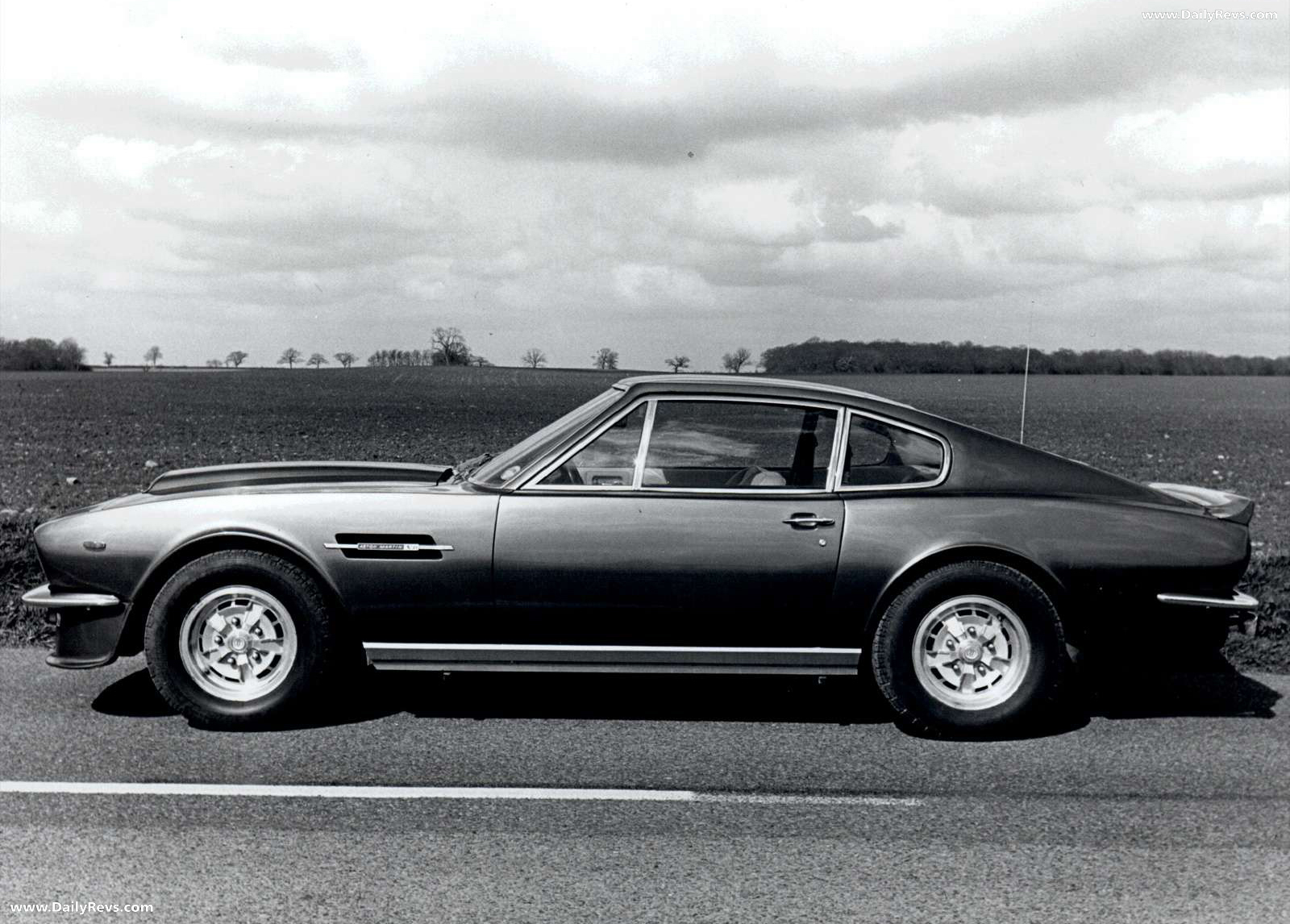 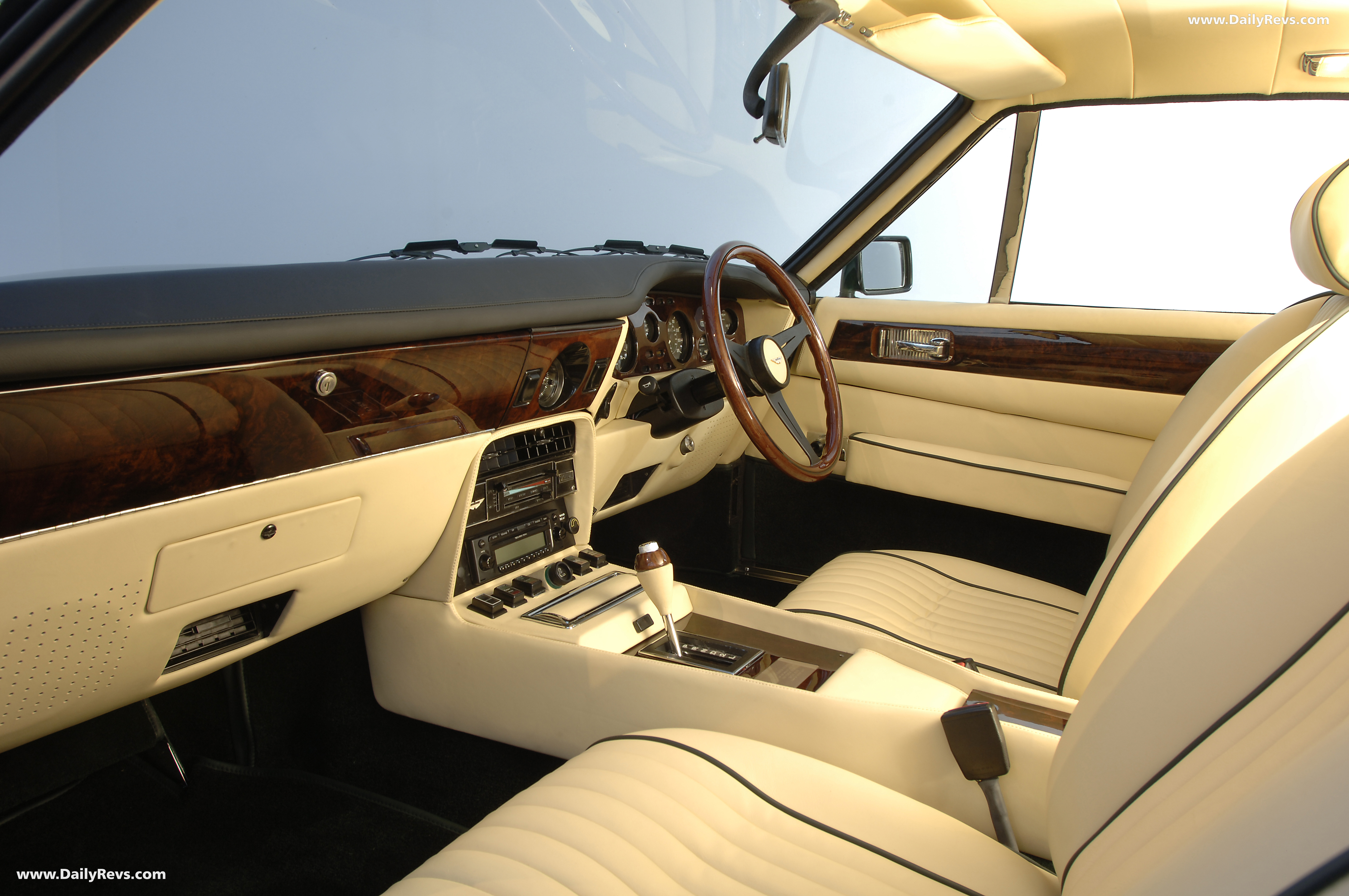 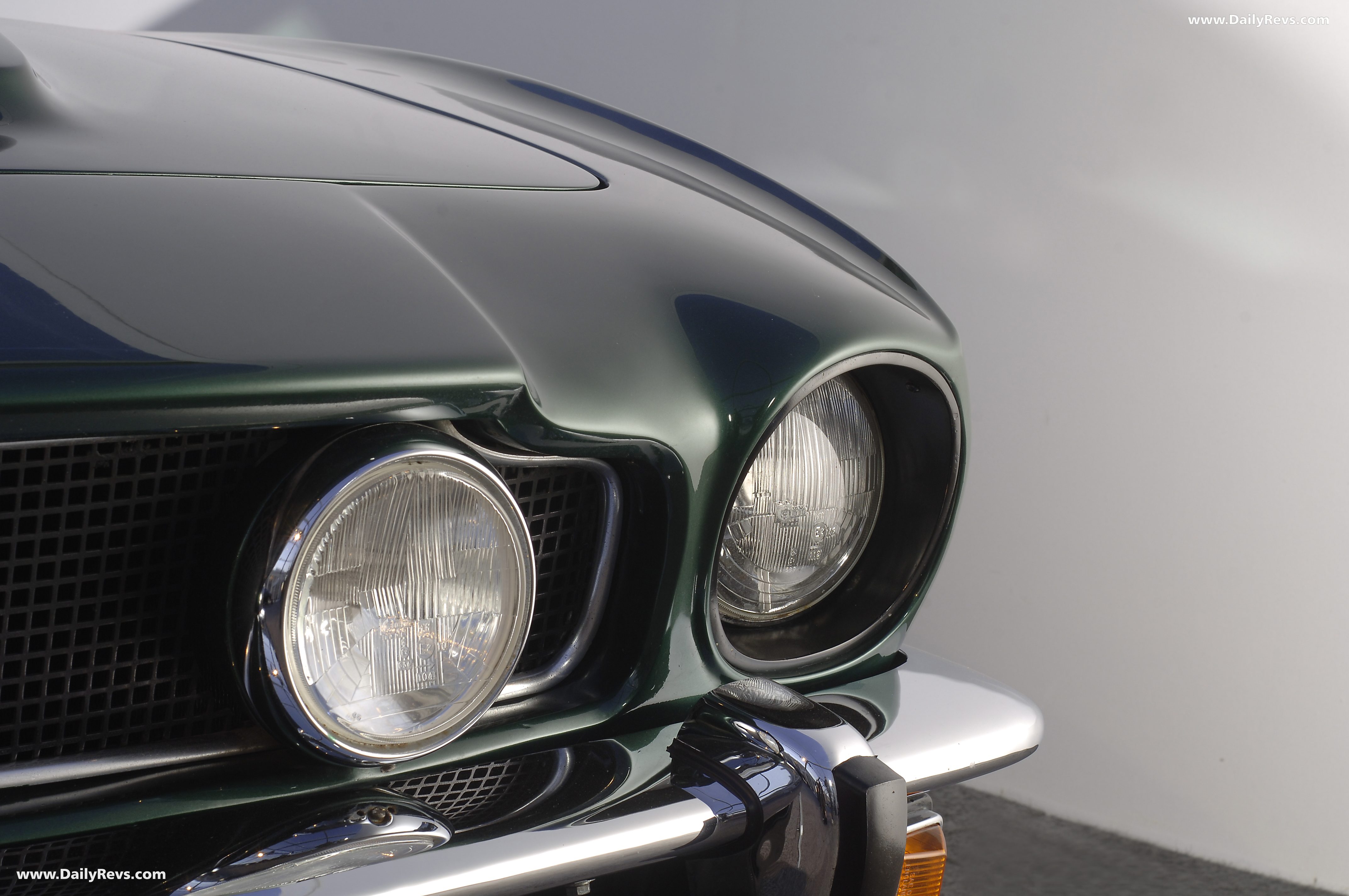 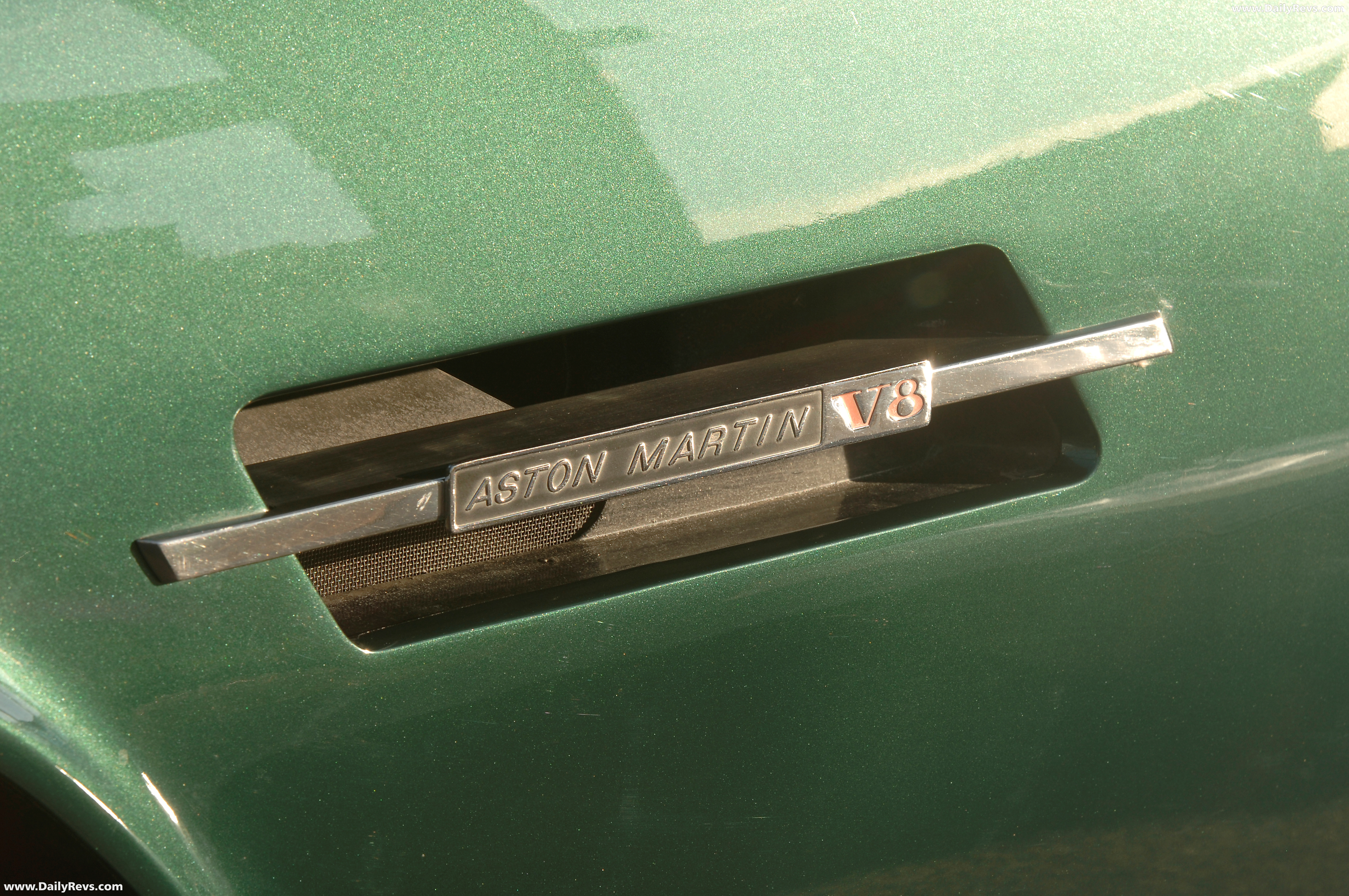 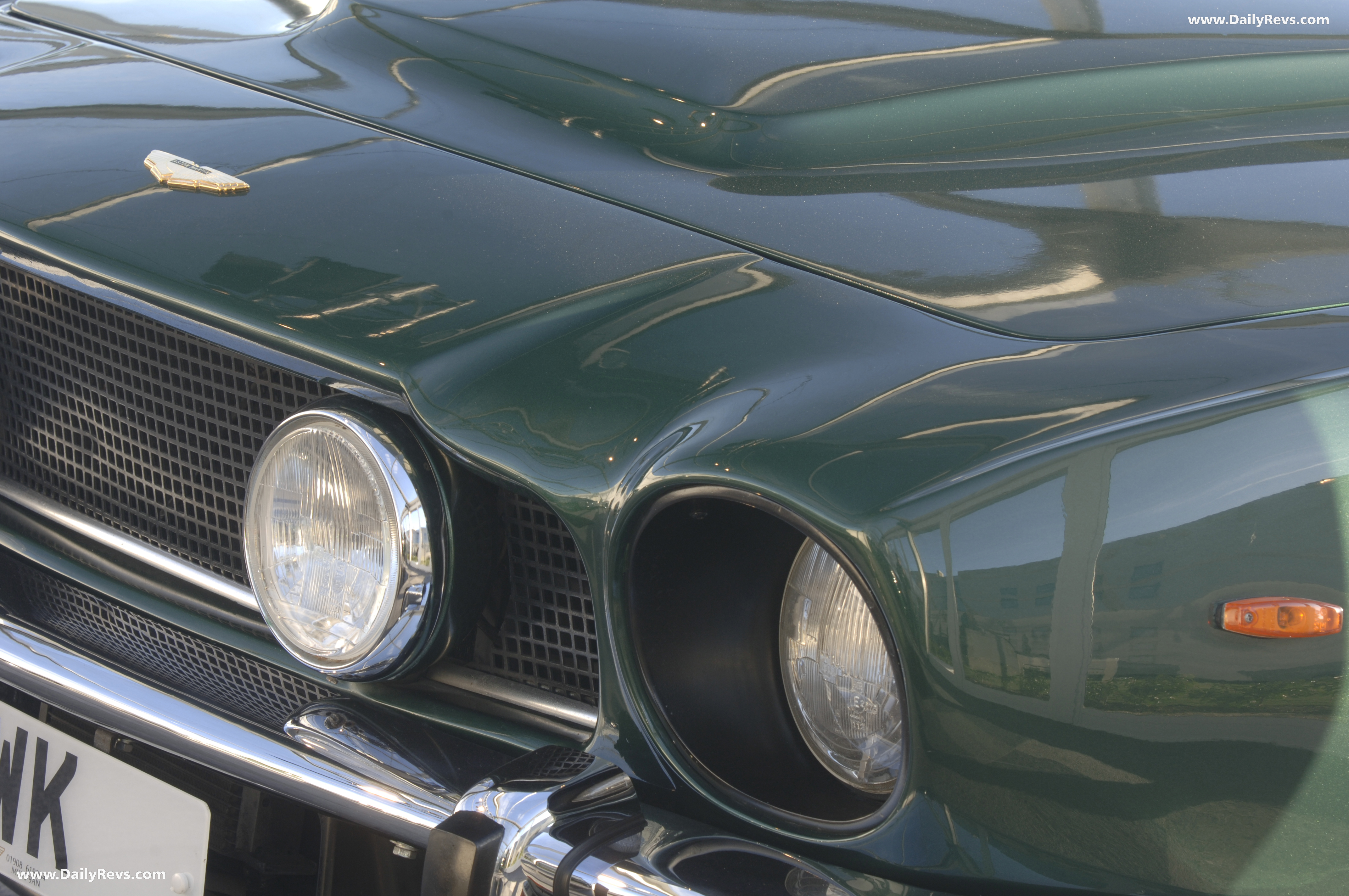 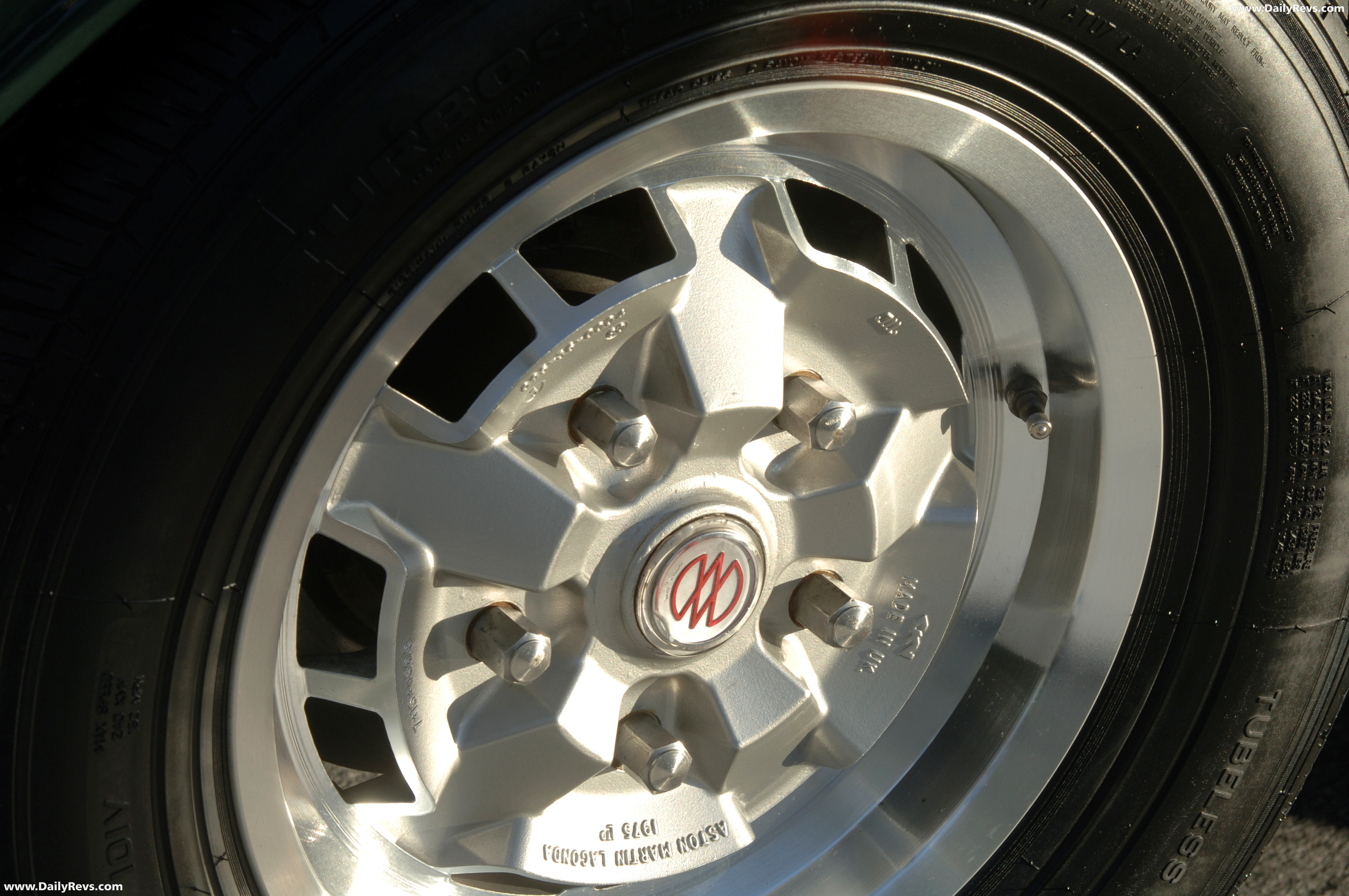 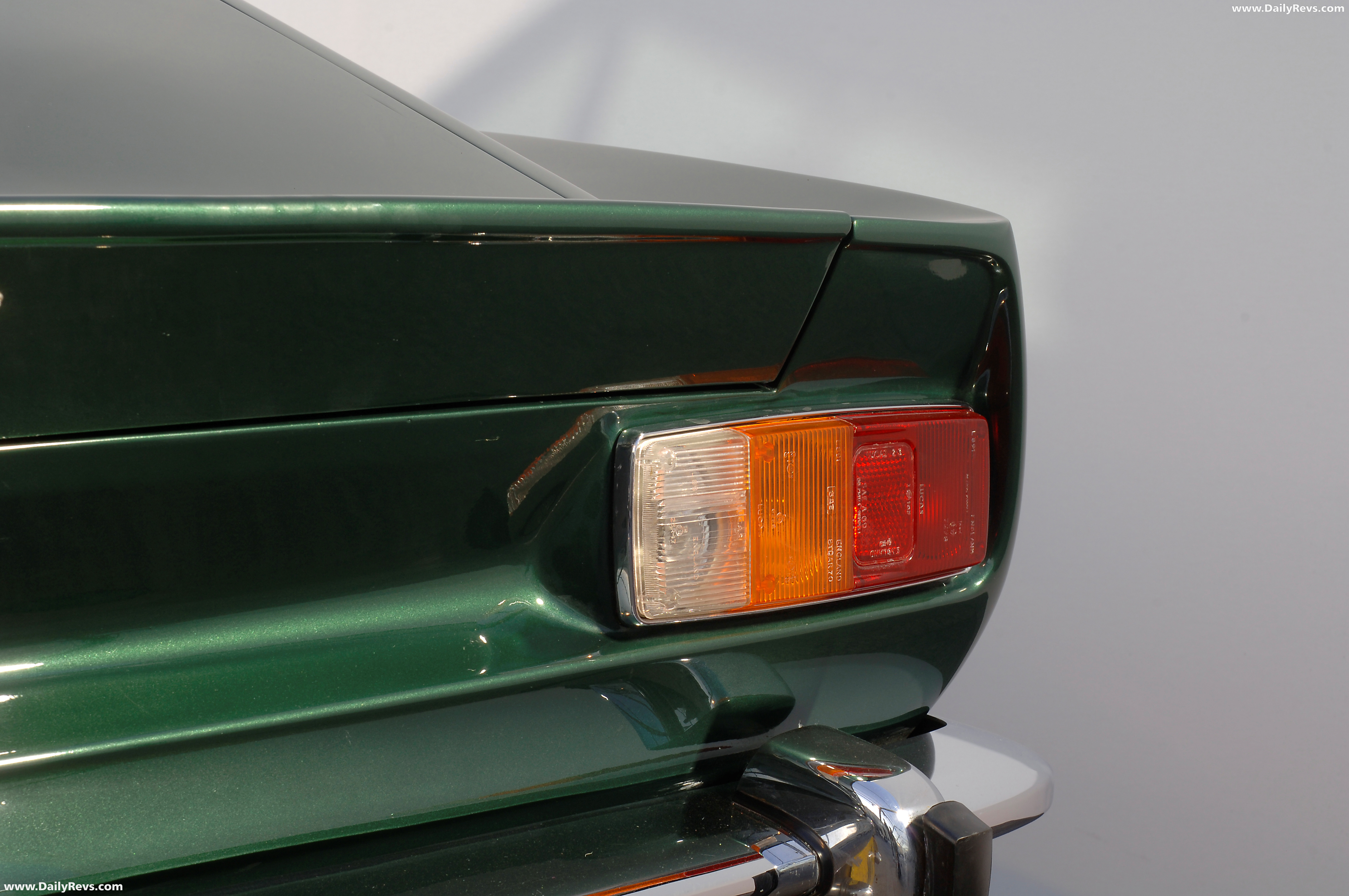 The Aston Martin V8 is a two-door saloon-type automobile manufactured in the United Kingdom from 1969 to 1990. 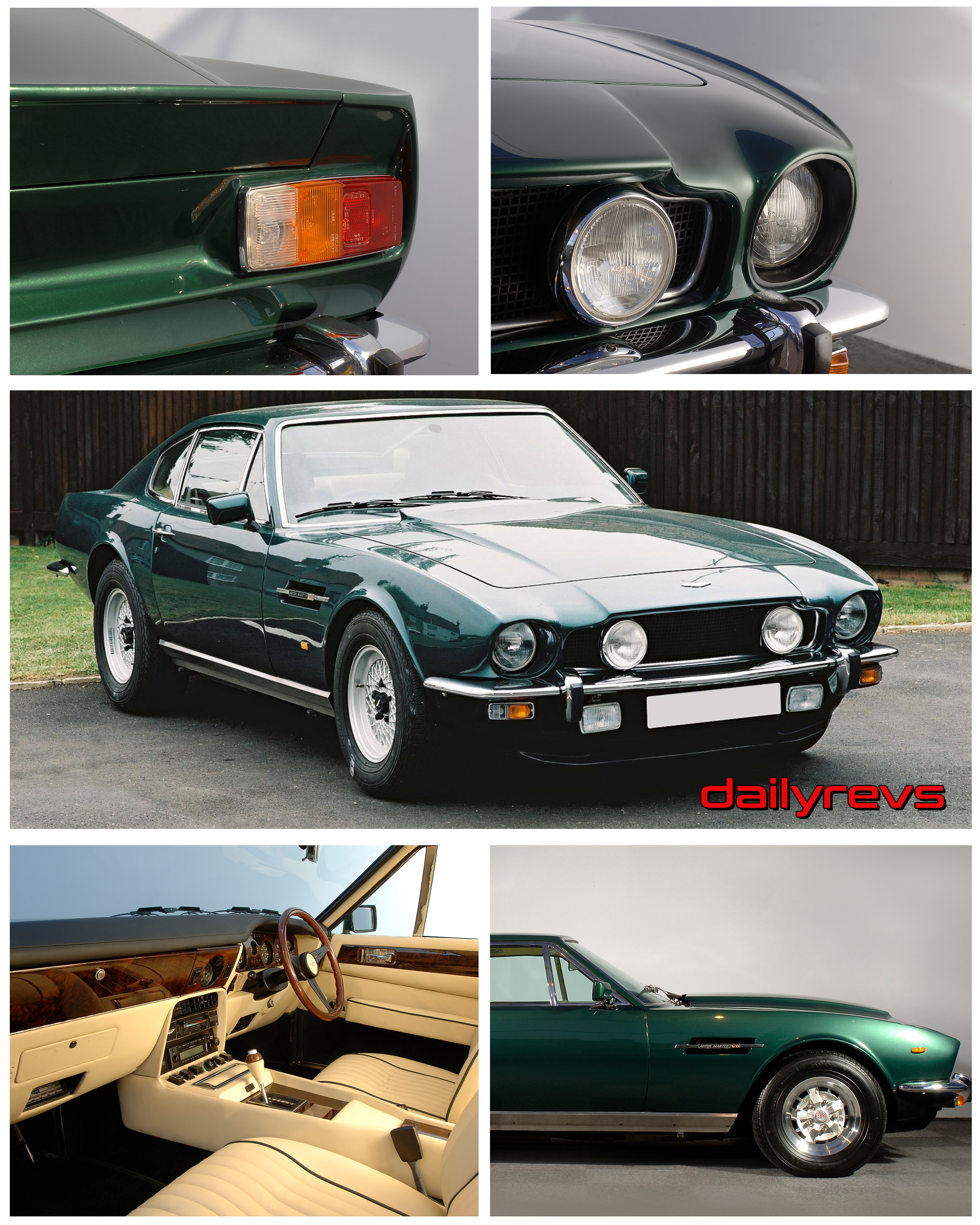 From 1969 through 1972, Aston’s top car was the DBS V8. Though the body and name was shared with the six-cylinder Aston Martin DBS, the V8 sold for much more. The body was a modern reinterpretation of the traditional Aston Martin look, with a squared-off grille and four headlights. Distinguishing features of the V8 model are the larger front air dam and lack of wire wheels, though some six-cylinder DBS cars also used the V8’s alloy wheels. The tail lights were taken from the Hillman Hunter.

A DBS V8 was to be used by Roger Moore in the television show, The Persuaders. However, no V8 car was ready, so a six-cylinder DBS was modified to look like a V8 for use in the show.

In April, 1972, the DBS V8 became just the Aston Martin V8 as the six-cylinder DBS was dropped, leaving just this car and the Vantage in production. Although David Brown had left the company, he had overseen development of this model.

The car switched back to carburettors for Series 3 in 1973. These cars are distinguished by a taller hood scoop to accommodate four twin-choke Weber carbs. The car produced 310 hp (231 kW) and could reach 60 mph (97 km/h) in 6.1 seconds with an automatic transmission or 5.7 with a manual. Performance suffered with emmissions regulations, falling to 288 hp (215 kW) in 1976. The next year, a more powerful “Stage 1” engine with new camshafts and exhaust brought it back up to 304 hp (227 kW).

The “Oscar India” specification was introduced in October of 1978 at the Birmingham International Motor Show. Visually, the former scoop on the bonnet gave way to a closed “power bulge”, while a spoiler was integrated into the tail. Most Oscar India cars were equipped with a Chrysler “Torqueflite” 3-speed automatic transmission, with wood trim fitted for the first time since the DB2/4 of the 1950s. Just 291 Oscar India models were built from 1978 through 1985.

The fuel injected Series 5 cars were introduced in 1986 at the New York Motor Show. The compact Weber/Marelli system no longer needed the space of the previous carburettors, so the bonnet bulge was virtually eliminiated.

Only 61 Series 5 cars were built before production ceased in 1989.

James Bond’s car (“B549 WUU”) in the 1987 film, The Living Daylights is somewhat confusing. At the beginning of the film, the car is a Aston Martin V8 Vantage Volante (convertible), complete with Vantage badges. The actual car used in these scenes was a preproduction Vantage Volante owned by Aston Martin Lagonda chairman, Victor Gauntlett. Later, the car is supposedly fitted with a hardtop (“winterised”) at Q Branch. However, these scenes actually feature a pair of non-Vantage Aston Martin V8 saloons retrofitted with the same number plate and Vantage badges as the car in the beginning, among other “optional extras” like spiked tyres, skis, lasers, and missiles. Clearly, the car was intended to be seen as a Aston Martin V8 Vantage Volante, however. 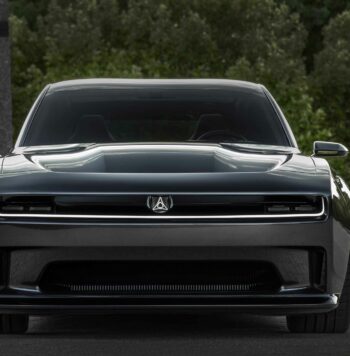 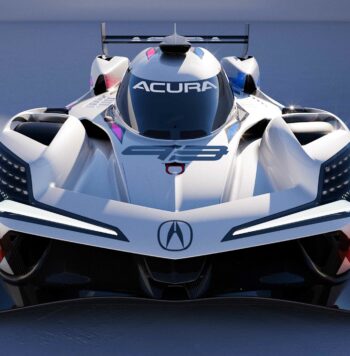 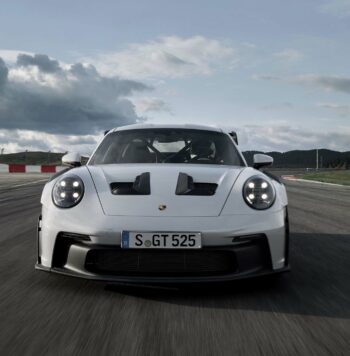