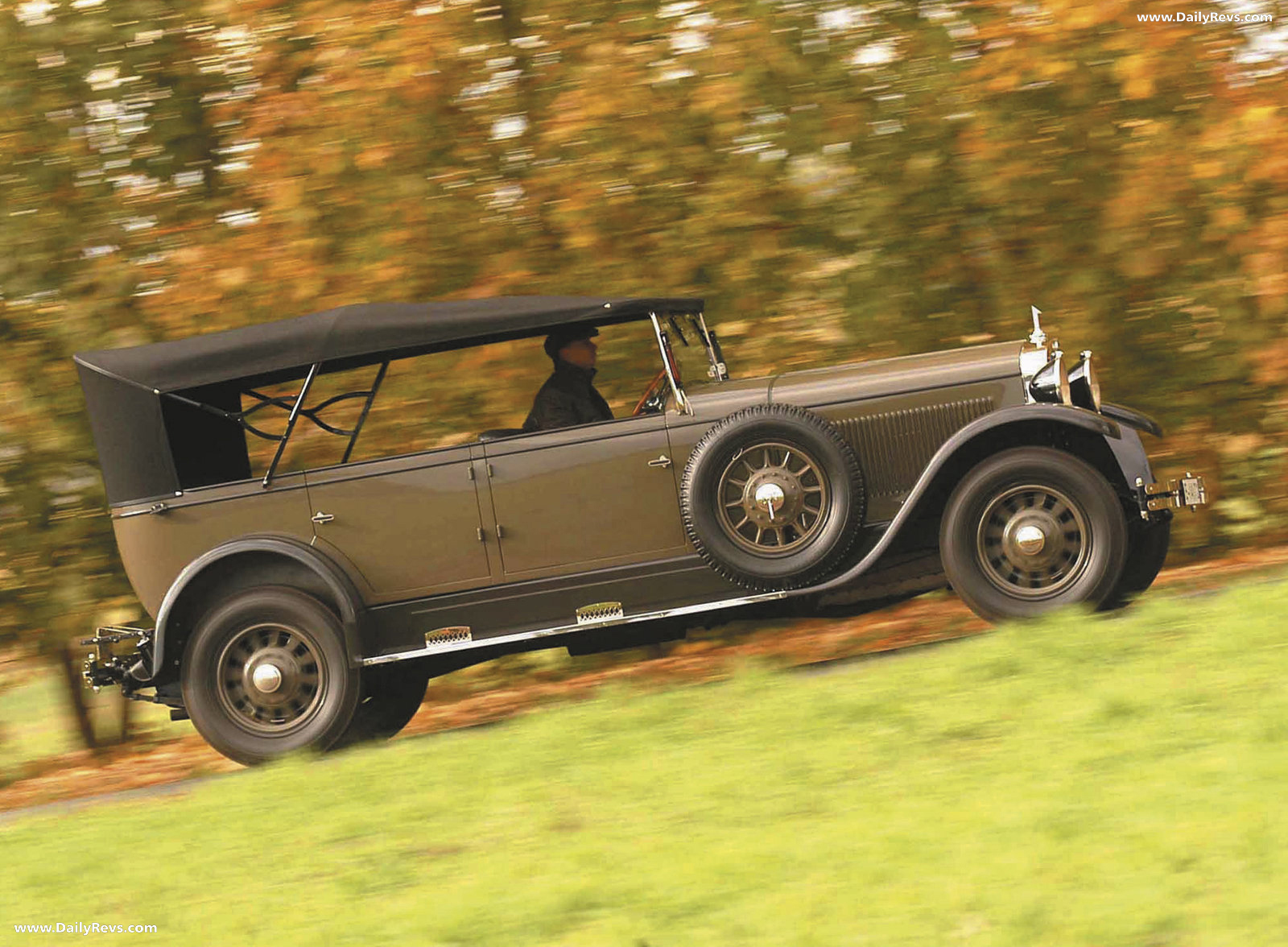 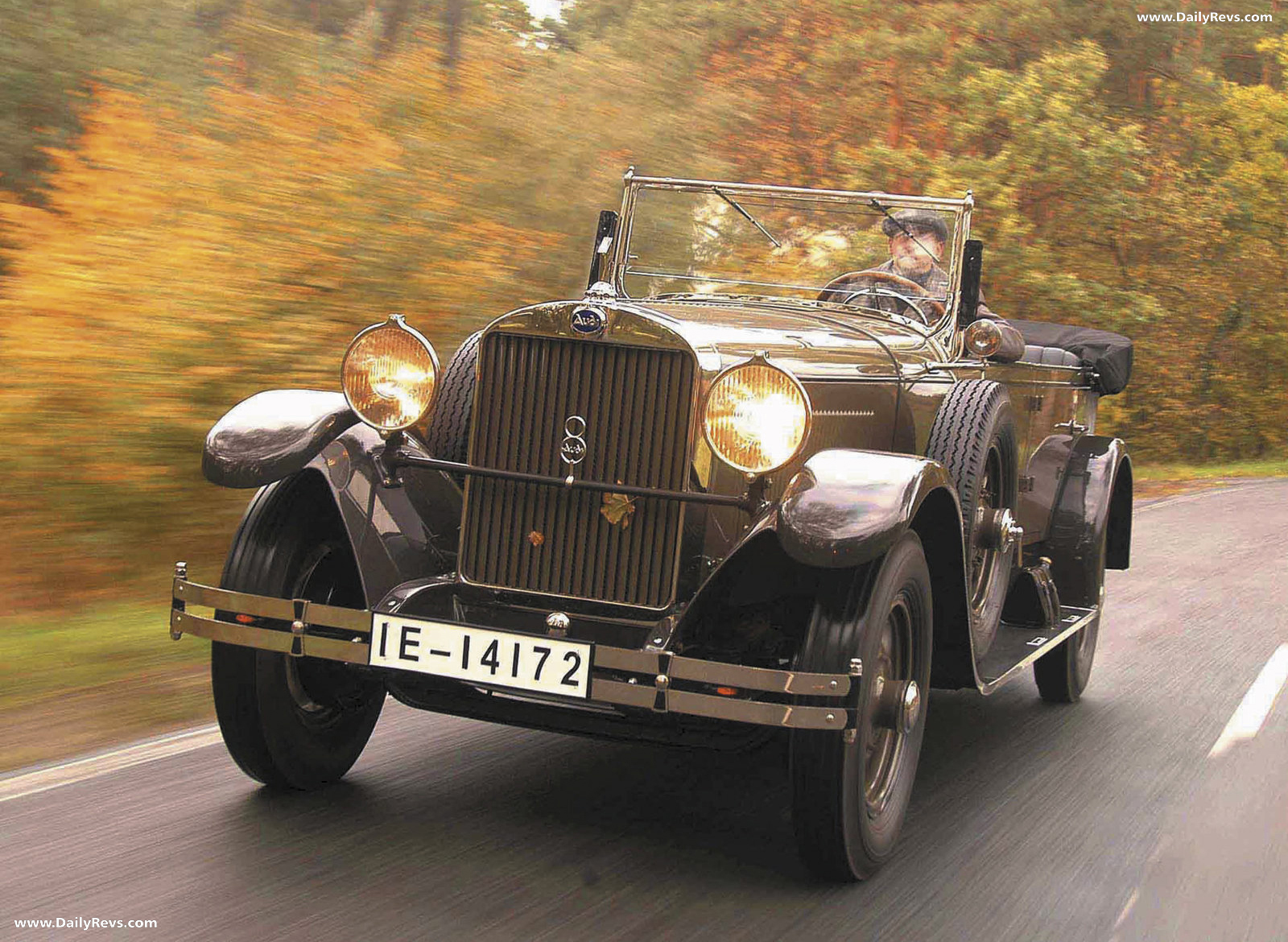 “A lot has happened since Audi Tradition was established” said Thomas Frank, who heads the AUDI AG heritage division.

“At last we can put the first-ever large Audi on display!” He is referring to the Audi Imperator, an eight-cylinder model dating from 1929 – and to what is probably the only car of this type still in existence anywhere in the world. After restoration work lasting two years, this imposing car is to be handed over today to the head of Audi Tradition in Glienick, near Berlin.

The Imperator has been restored to its original condition by the company Fahrzeugrestaurierung Rosenow, which has already caused one of the absolute gems of the Audi museum mobile collection in Ingolstadt to shine forth with renewed brilliance – the twelve-cylinder Horch 670. Audi Tradition is once again delighted with the work of this team of restorers, headed by Peter Spillner. As Thomas Frank puts it: “The Audi Imperator looks fantastic, down to the tiniest detail. Our expectations have been more than fulfilled.” Peter Spillner himself is also content with the results: “This was the biggest challenge our company has ever had to face.” Wherever restoration of the car’s components proved to be impossible, new ones had to be designed and manufactured.”

This historic car was discovered in the German state of Saxony at the end of the 1990s, and purchased by Audi Tradition. Its history is exciting to recall: as was frequently the case in the 1920s, the customer (who must have been wealthy, since the car cost more than 16,000 Reichsmarks even then, as much as a small house) bought the Imperator as a chassis with engine. This ‘platform’ was delivered to a coachbuilder where the customer selected the bodywork of his choice or had it designed. In view of this, Peter Spillner had to conjure up something special. He explains his approach: “We looked at the original photographs in the Audi archives and decided to build an open touring car with a phaeton body.” The colour, too, was based on detective work: one of the headlights still bore traces of the original paint, which is best described somewhere between olive green and brown. Spillner, who is 35 years of age, and his colleagues visited several museums in their quest for detail authenticity. He recalls: “We studied cars of a comparable age, because all the manufacturers at that time had the same outside suppliers.”

Audi introduced the Imperator at the end of the 1920s as the successor to the innovative Audi Type M six-cylinder model, but it was not destined to be a great success. The eight-cylinder Imperator appeared right in the middle of a period of economic difficulty for the then Audi Werke, which culminated in a takeover by the founder of DKW, Jörgen Skafte Rasmussen, though the situation deteriorated still further as the world economic crisis broke out. Only 145 Audi Imperators were built. Ralf Hornung, who is responsible at Audi Tradition for the purchase and restoration of historic vehicles, explains: “The Imperator was an excellent car, but it reached the market at the wrong time.” According to the oldtimer specialist this particular car, the last remaining anywhere in the world, had a long series of owners and probably only survived for a very special reason. “We suspect that it there was a plan for it to be used by a fire brigade. They tend to treat their vehicles very well. The luxury car was certainly in passable condition when it was purchased by Audi. Spillner: “The original engine was still a runner.”

The car had a five-litre engine developing 100 horsepower, and several other innovative features as well. The engine bonnet was made from aluminium, and carried a “1”, which was Audi’s emblem at that time, with a thermometer integrated into it. Tyre changes were made easy by wheels with a central locking nut, and the car had a special worm-drive rear axle. The Imperator’s chauffeur was provided with a shawm or chalumeau operated by the pressure of the exhaust gas; even today, this has the commanding tone of a foghorn. It is unlikely that the last surviving Audi Imperator was ever pressed into service by the fire brigade, since it has only covered a total of 19,000 kilometres according to the odometer reading.

The car has now been restored to its former splendour, but Audi Tradition does not intend for the moment to display it in the Audi museum mobile in Ingolstadt. Thomas Frank, Head of Audi Tradition: “The Audi Imperator will initially be reserved for use on special company occasions.”